When it comes to dessert, tong sui always gets me excited. Especially if peanut paste and black sesame paste is available. I’ve been going to the dessert shop across Restoran Ruby (PMK) for years until a friend told me to try Restoran Ruby for comparison instead. 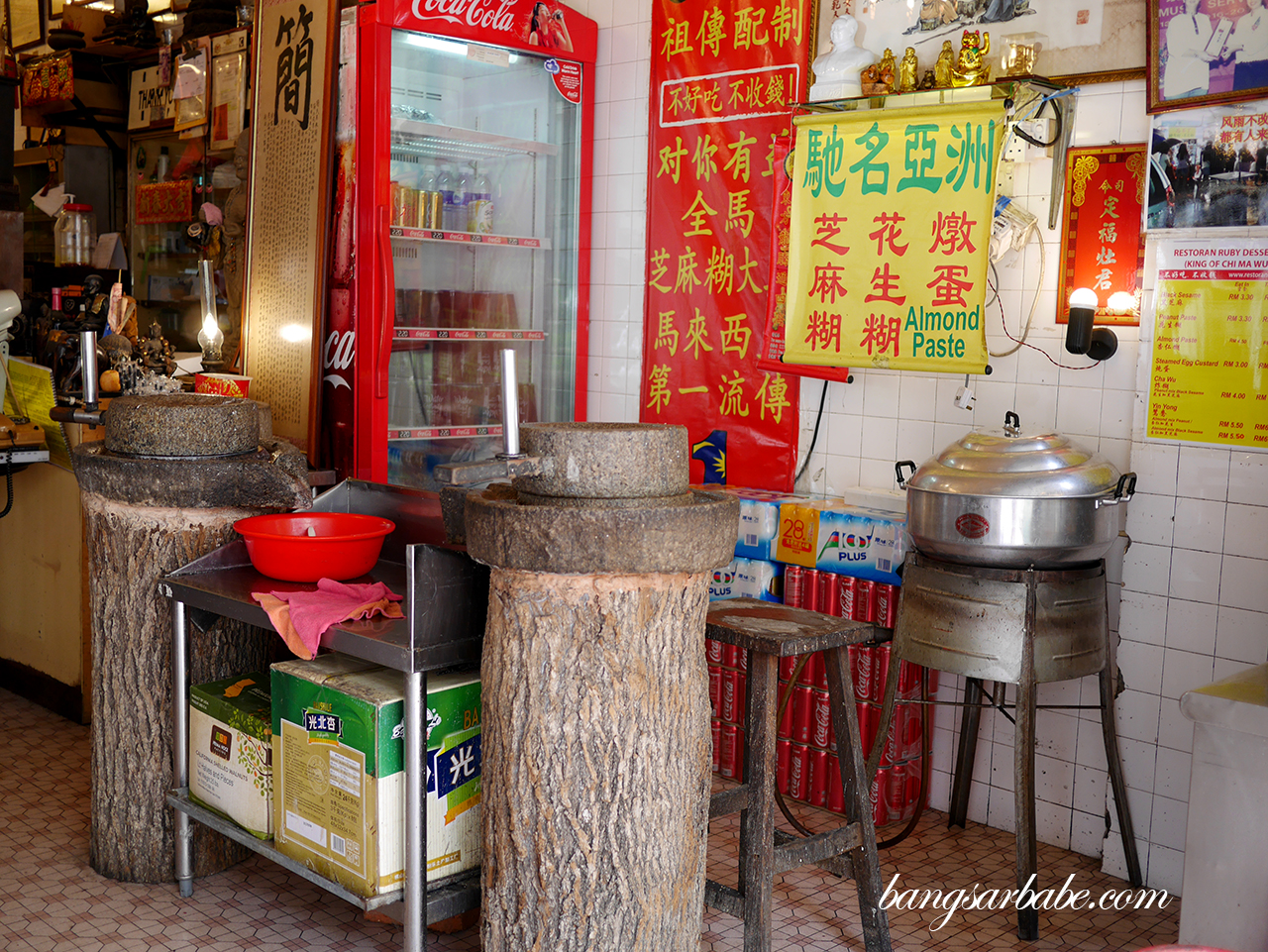 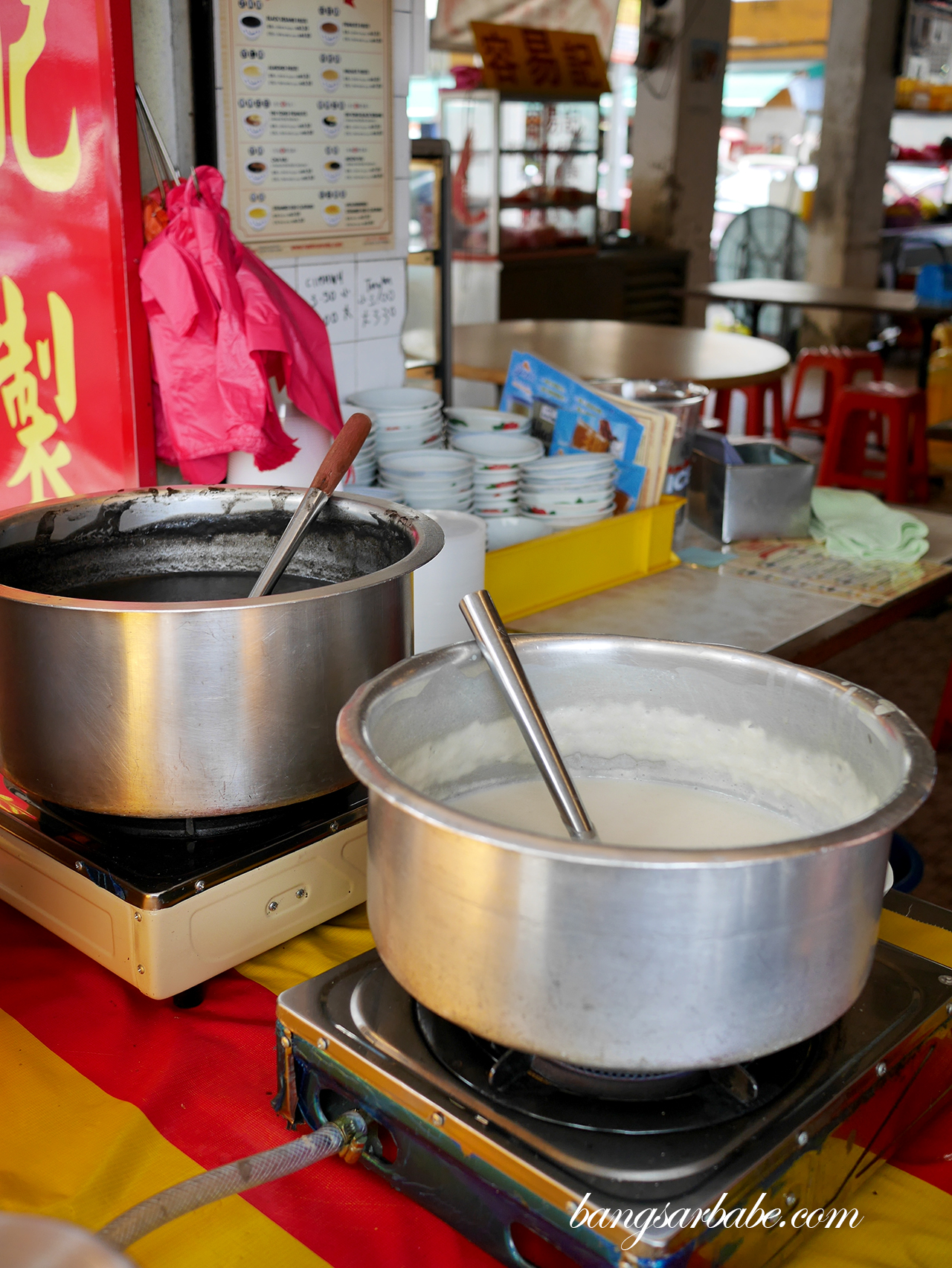 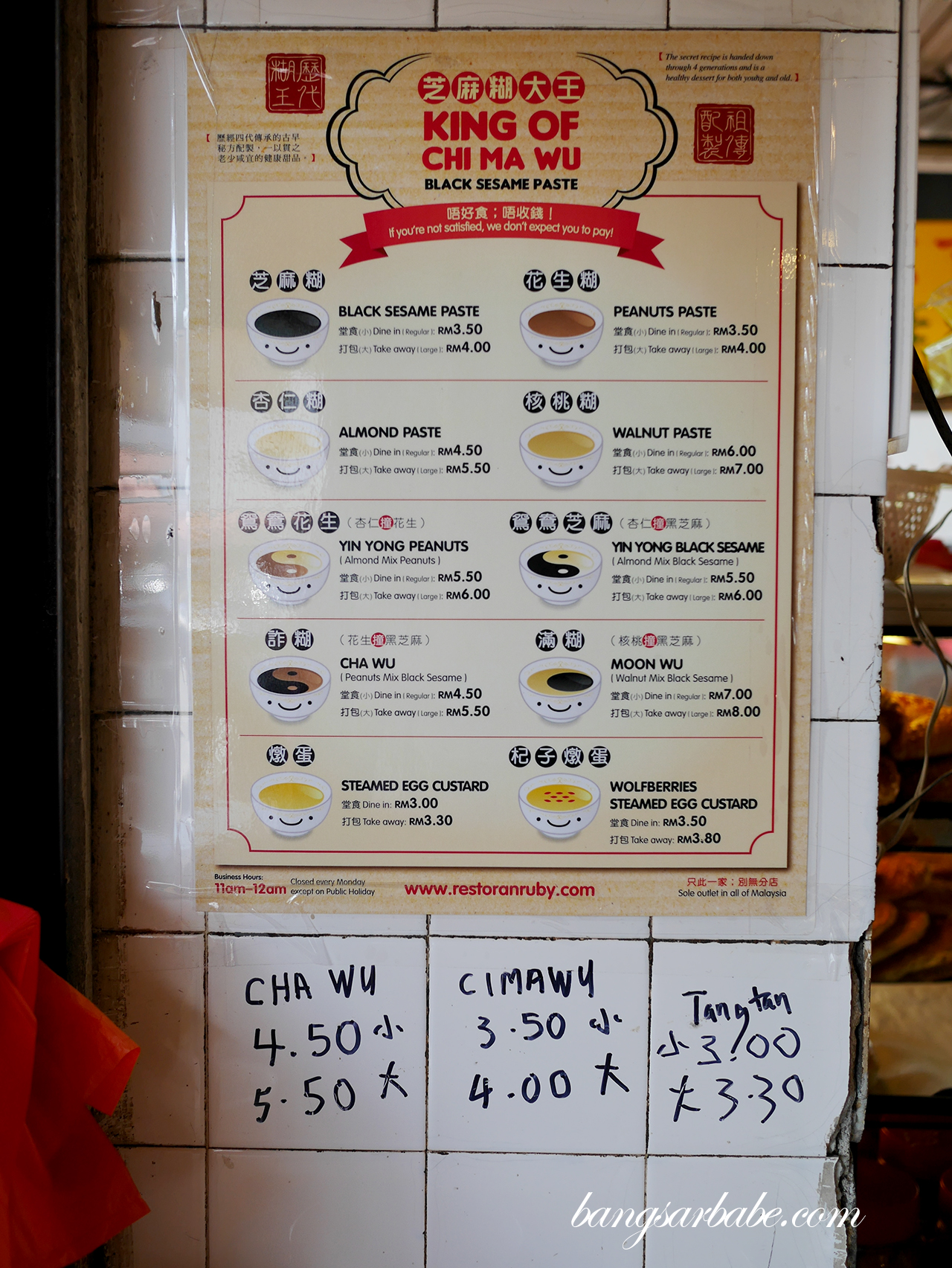 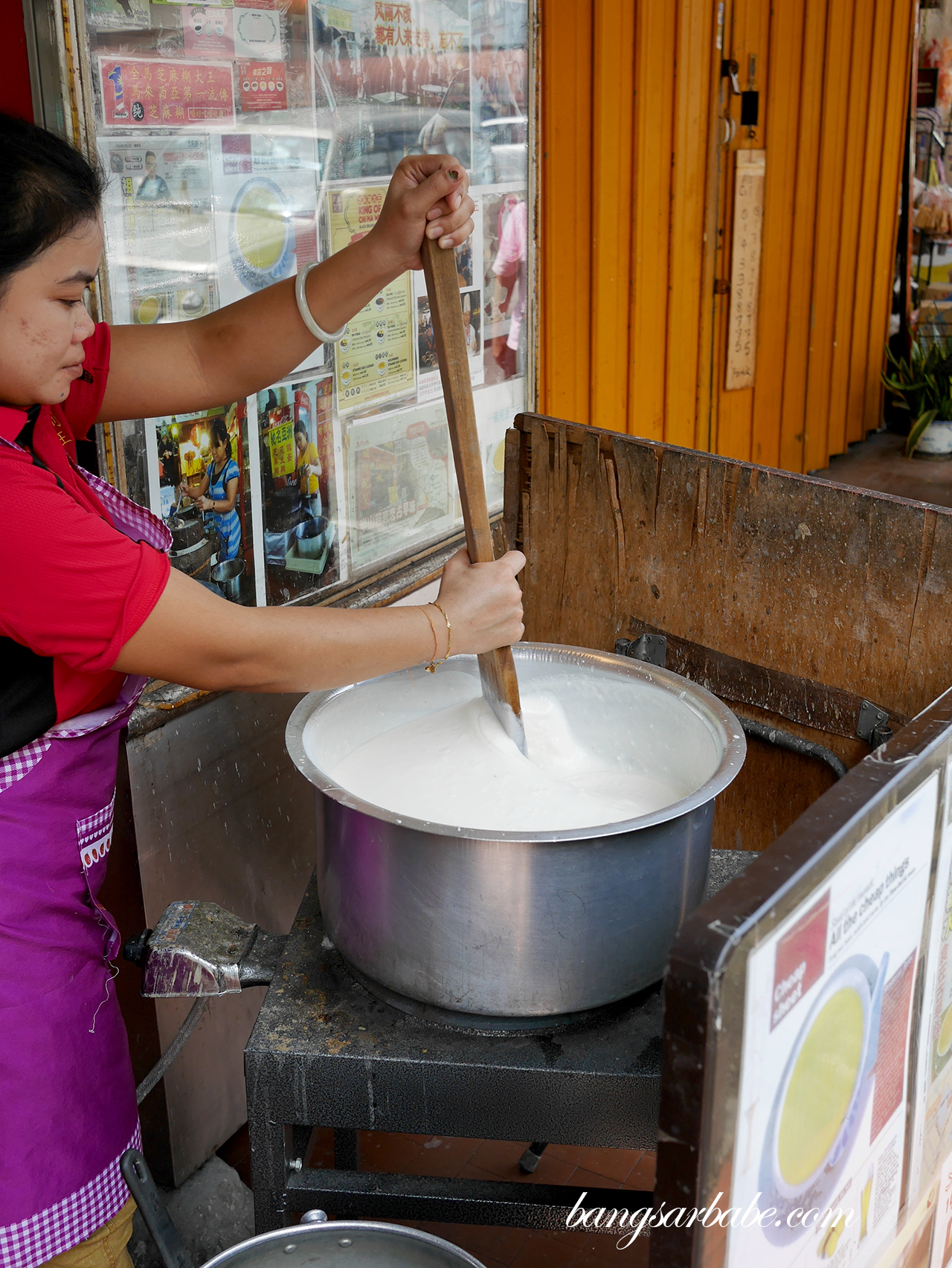 Almond tong sui in the making

The recipe for these tong sui is handed down through four generations and Restoran Ruby is helmed by Ricky Kan, known by many as the Chi Ma Wu king. Indonesian helpers man the front of house; each of them had a specific task and they spoke better Chinese than me. 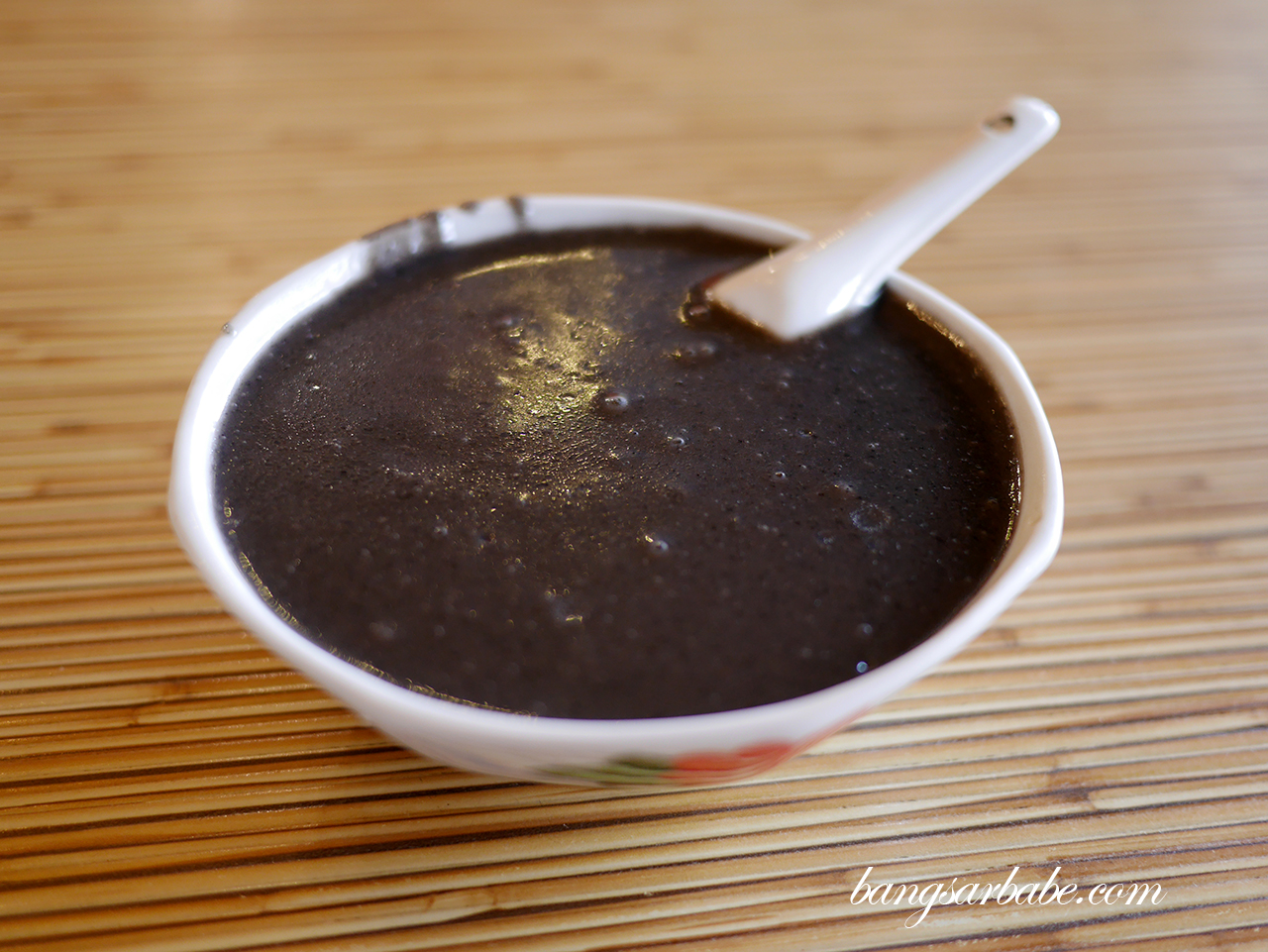 Chi Ma Wu (black sesame paste) isn’t widely available these days and the places I’ve been to don’t do it proper. It’s often watery or worse, artificial tasting – as though a pre-mix was used. Restoran Ruby makes its black sesame paste fresh, by grinding the black sesame in the stone mill and cooking it slowly over slow fire for a thick and creamy consistency. 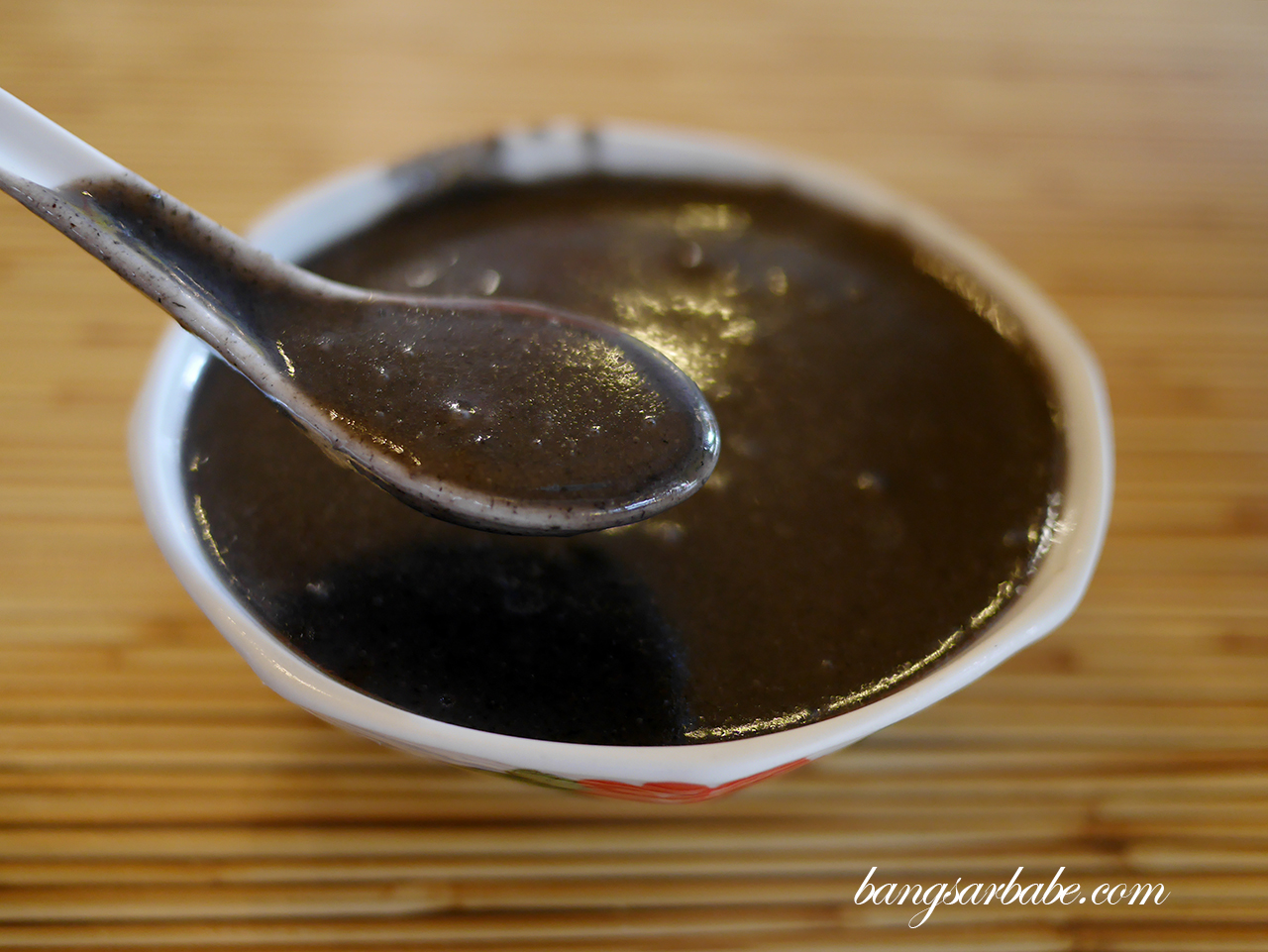 The chi ma wu is aromatic and rich, with grainy bits of ground sesame studded between the smooth mixture for character and flavour. It’s definitely tastier than the one at PMK and I like how it’s not overly sweet so you get a good balance in each spoon. 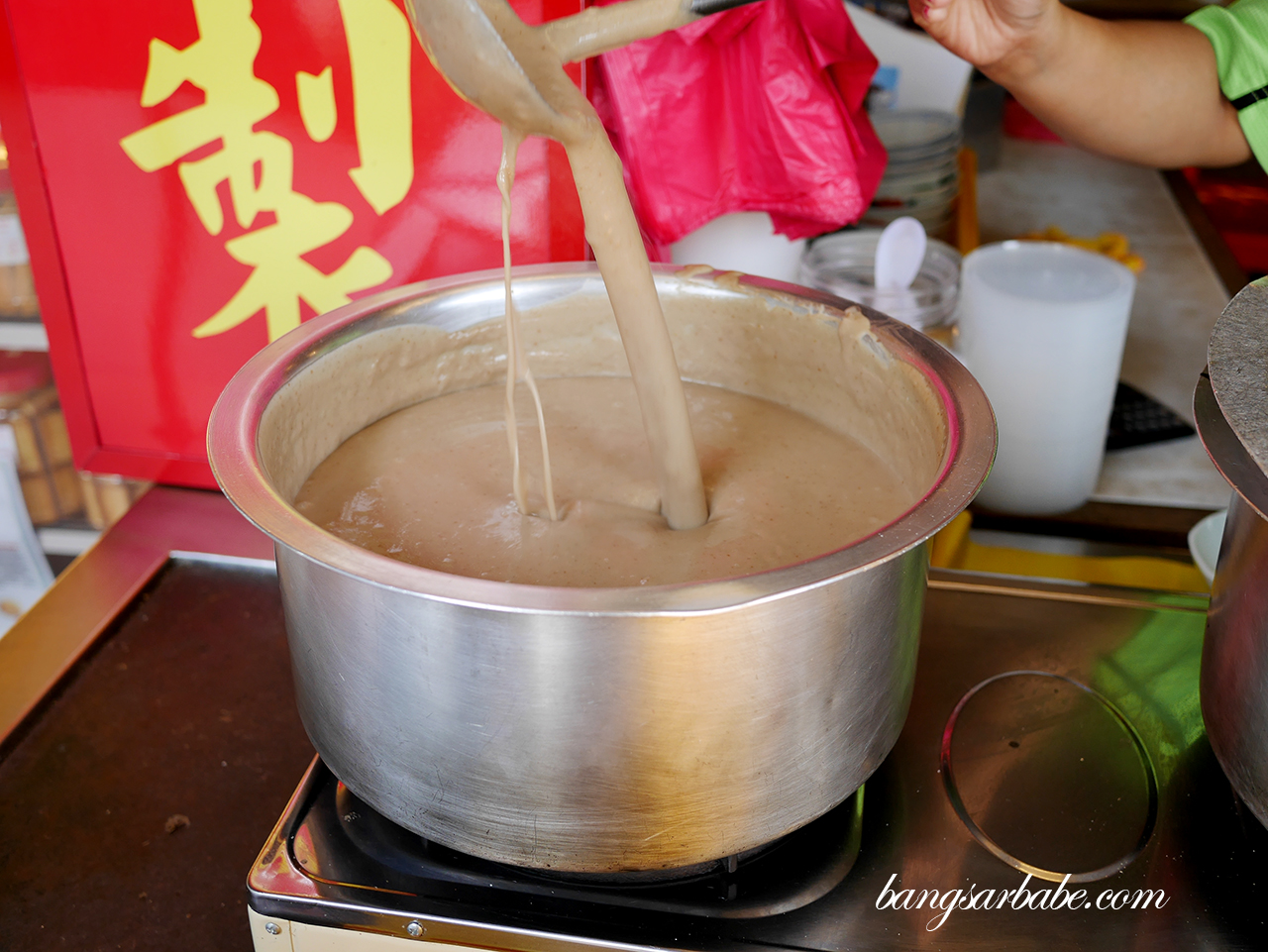 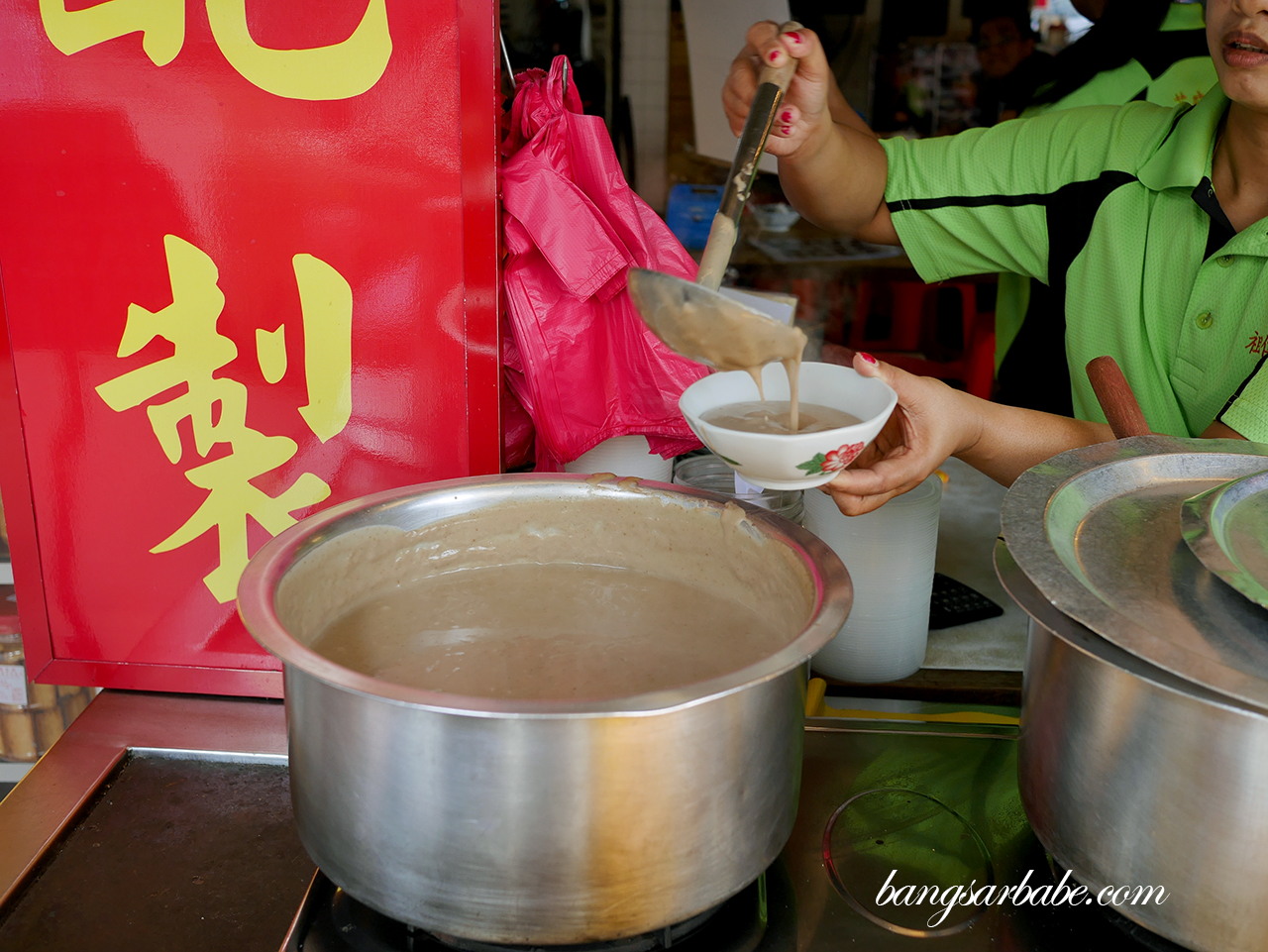 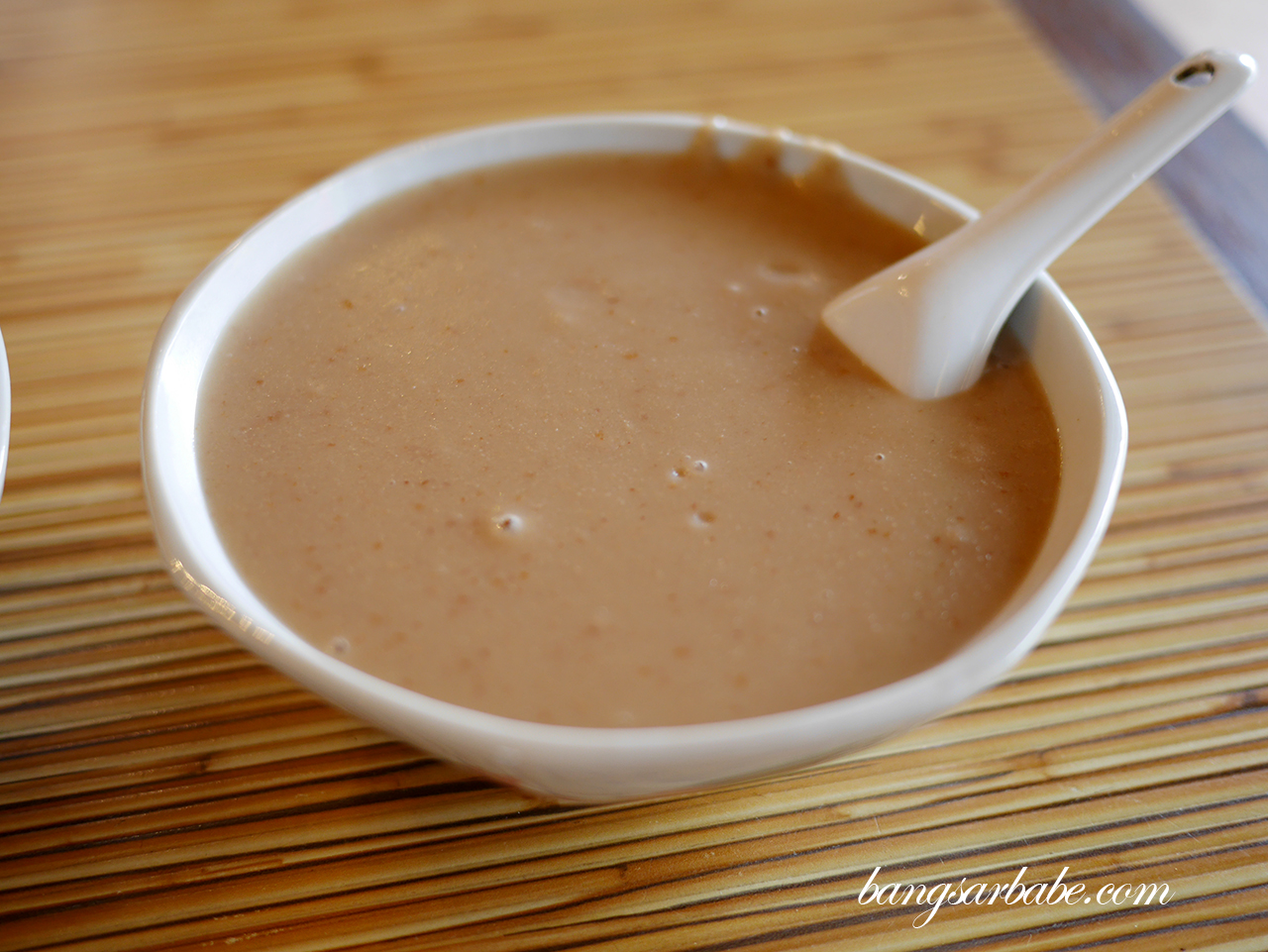 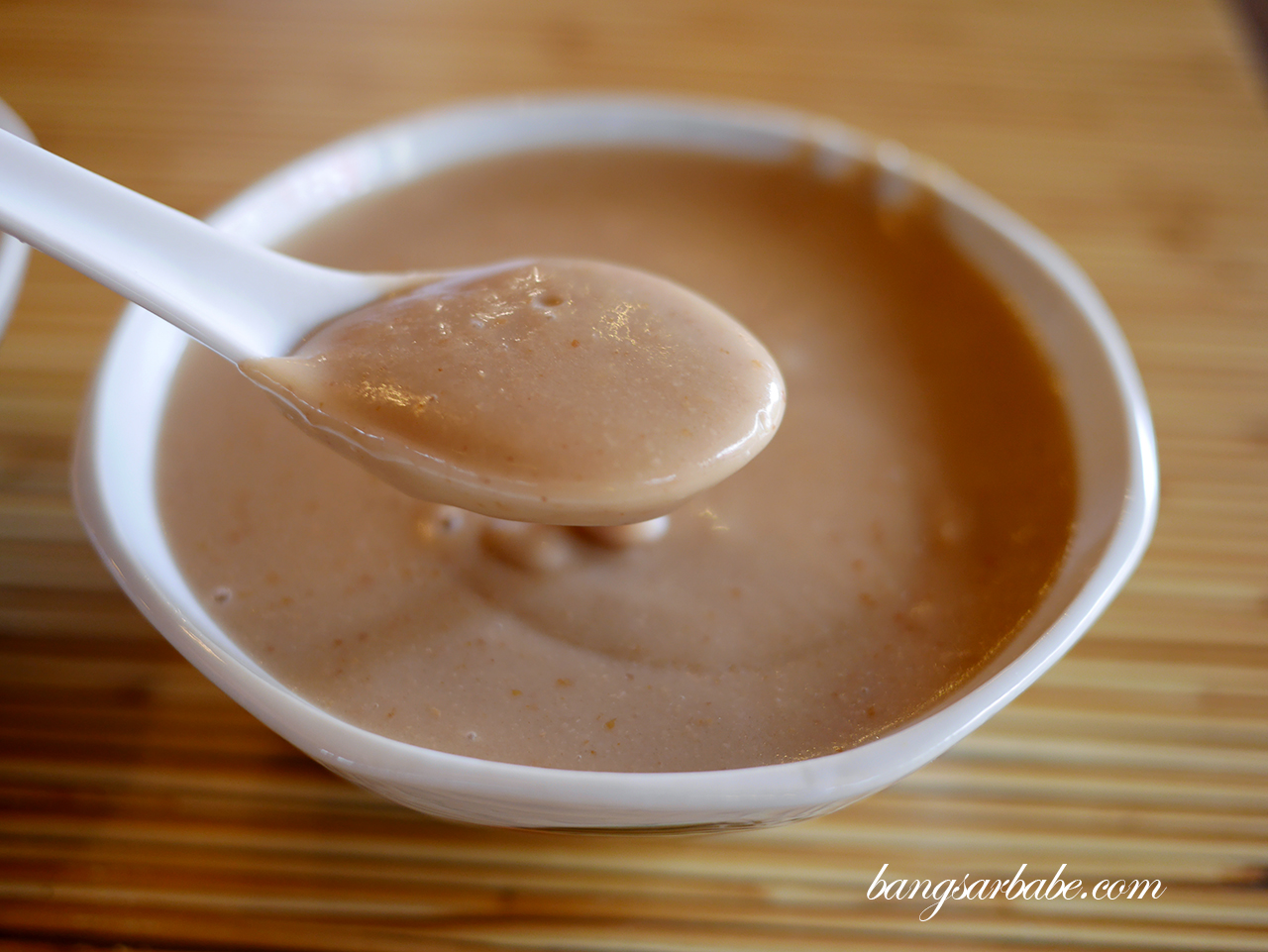 Another favourite of mine is the peanut paste (fa sang wu) which features ground roasted peanuts cooked the same way as the black sesame tong sui. This has a stronger aroma from the roasting of the peanuts, and the tong sui is just as thick and creamy. I can’t decide which I like better, so I’ll be ordering both when I return next. 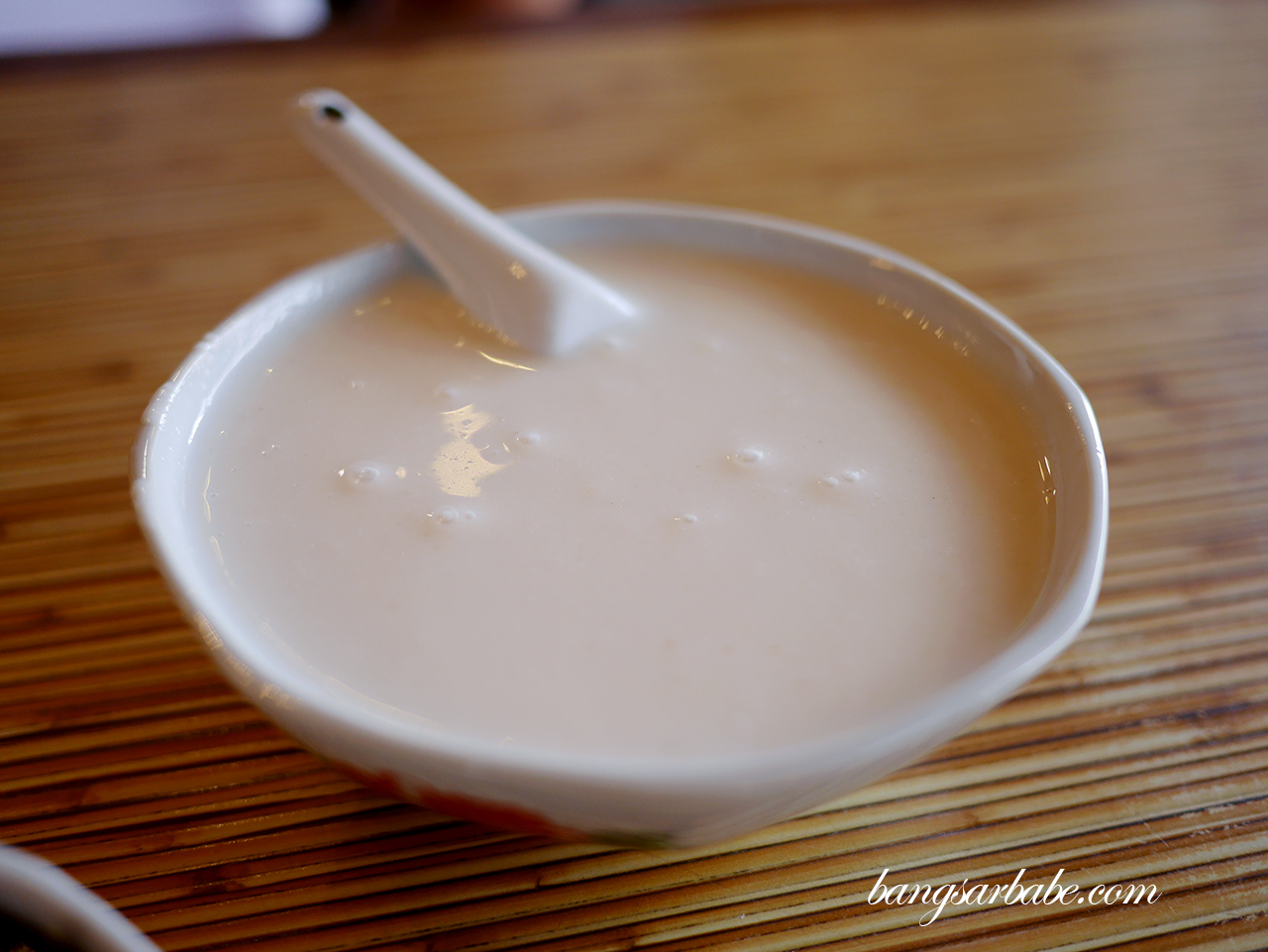 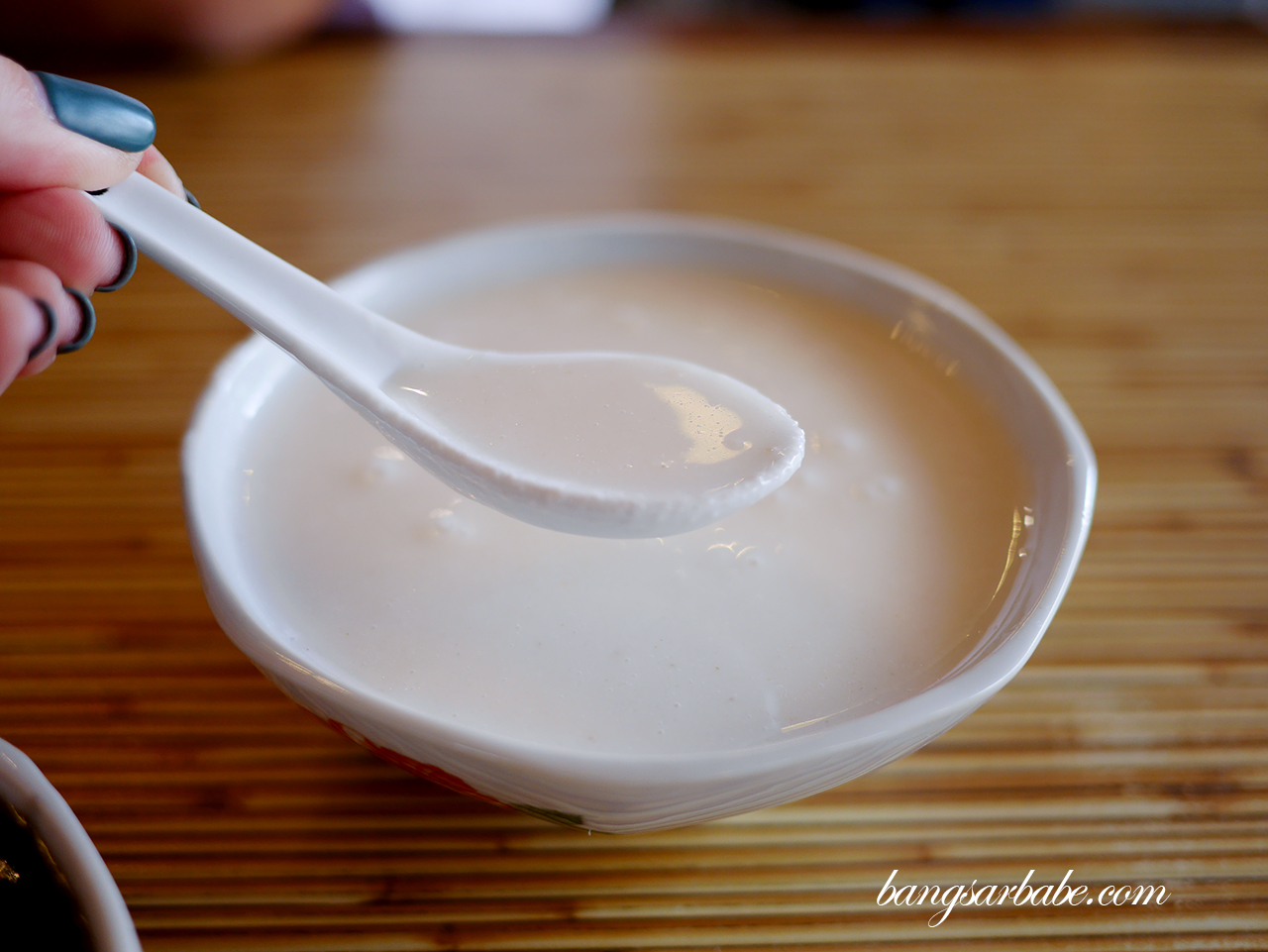 Almond paste is a popular tong sui in Hong Kong but it’s rarer to find in KL compared to the first two. Restoran Ruby serves a pretty decent version though I still feel the one from Hong Kong is still better. This was smooth and creamy, and of moderate thickness. You get a nice aroma from the ground almonds and a light finish at the end of each mouthful. 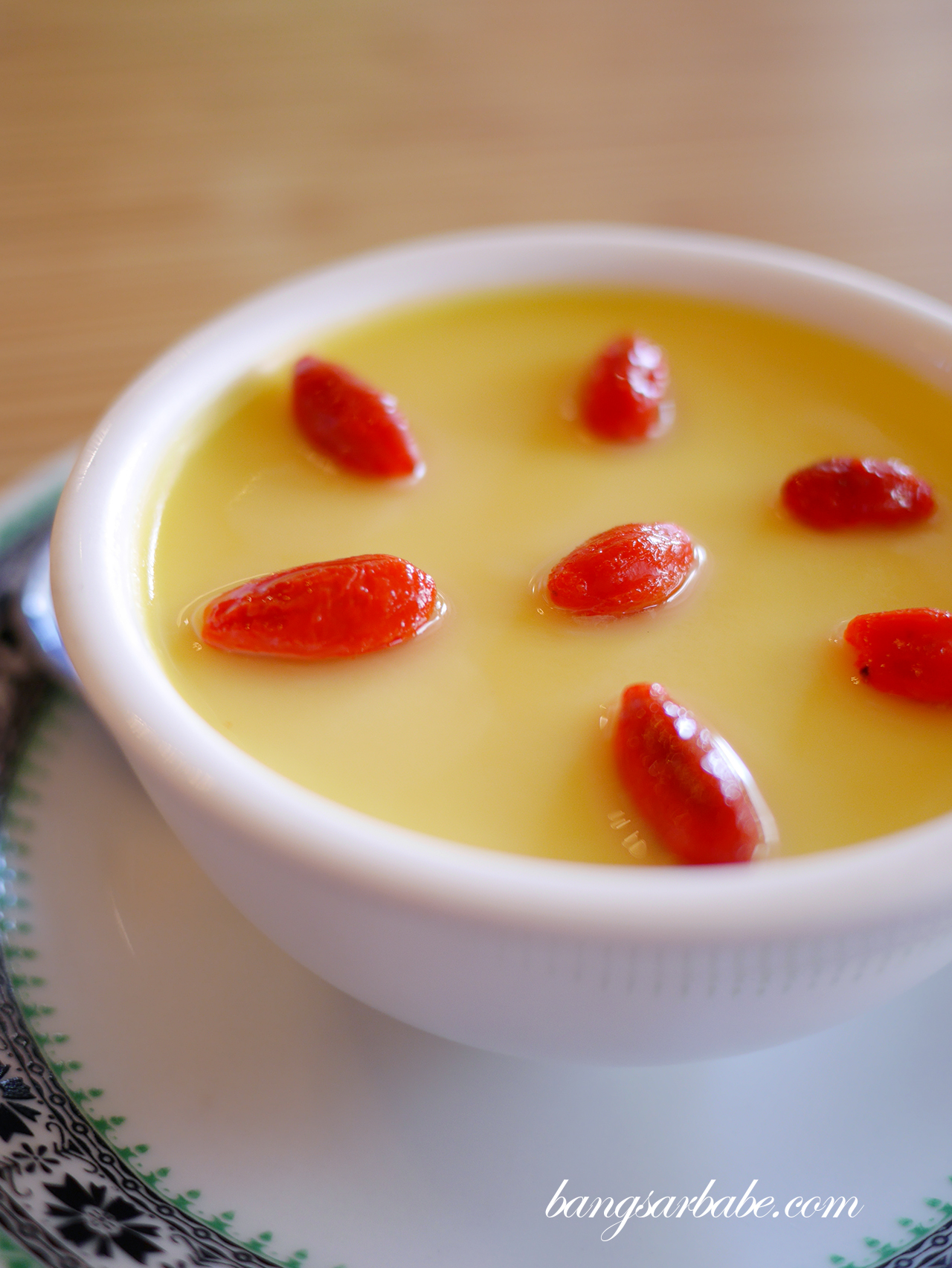 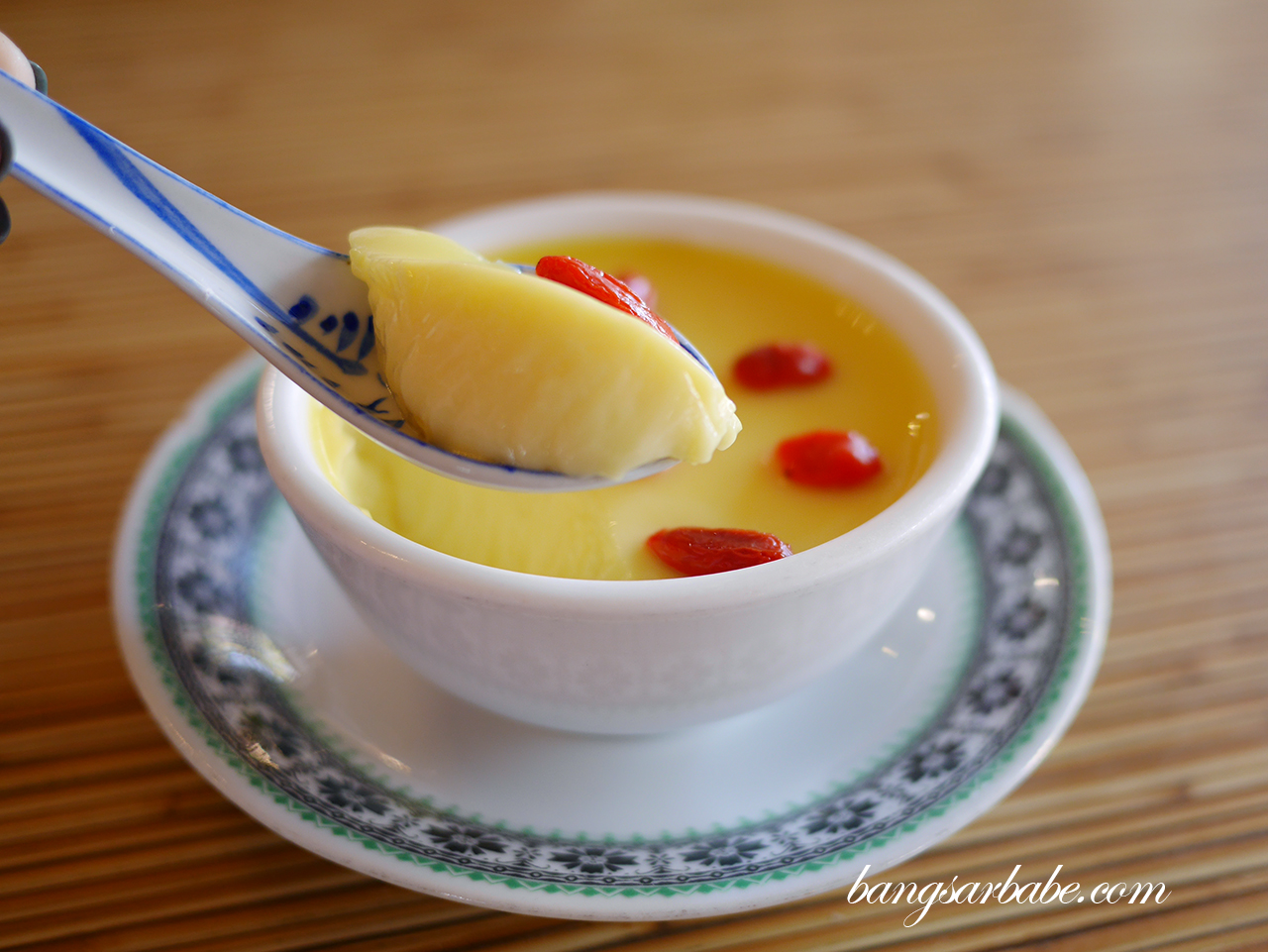 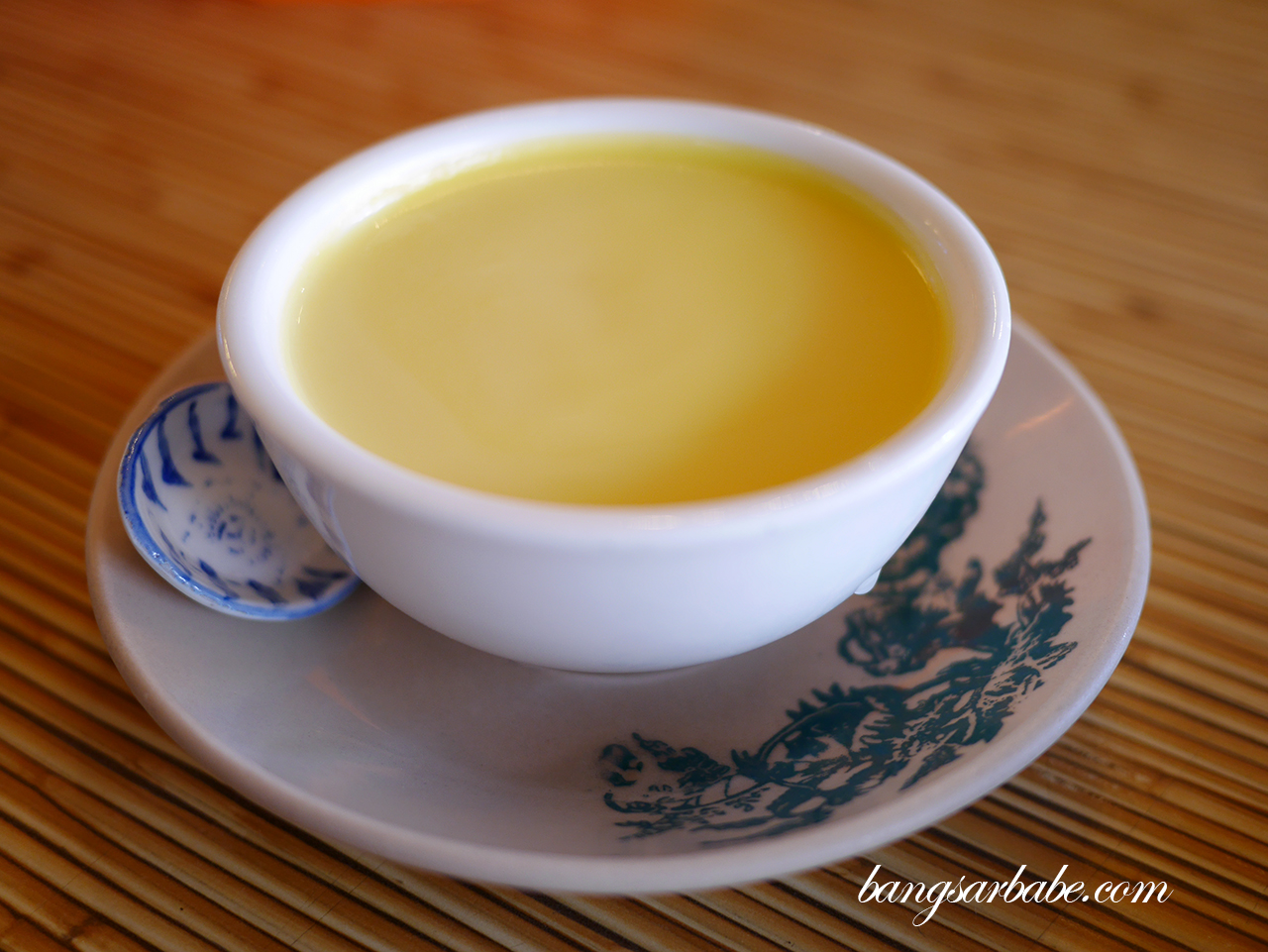 I’m not sure if it’s my luck at afternoon, but both the steamed egg custard I ordered had a strong egg-y smell. While it is afterall “egg” custard, I don’t fancy it being so heady – I reckon maybe the eggs used weren’t fresh, hence the outcome. 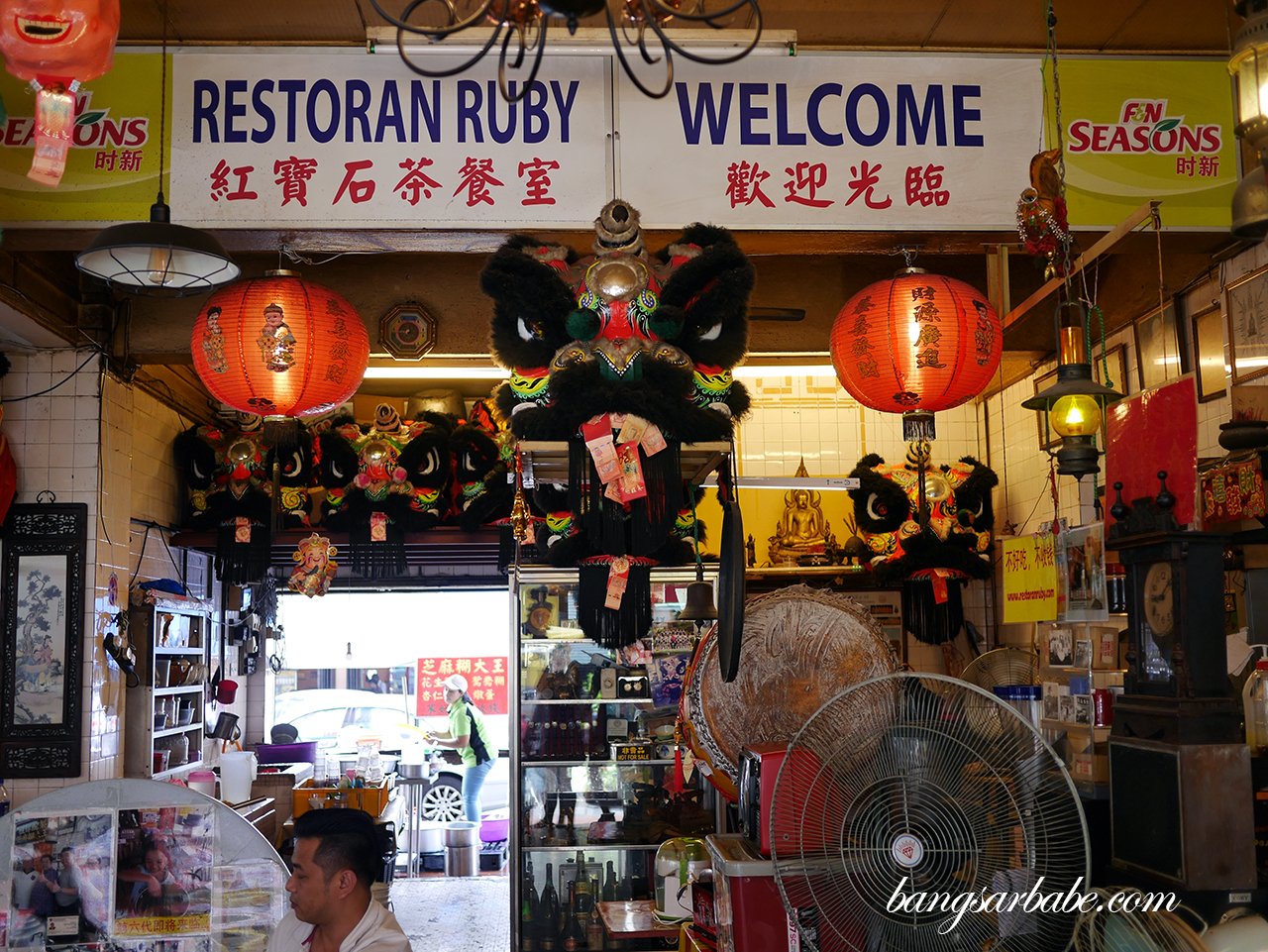 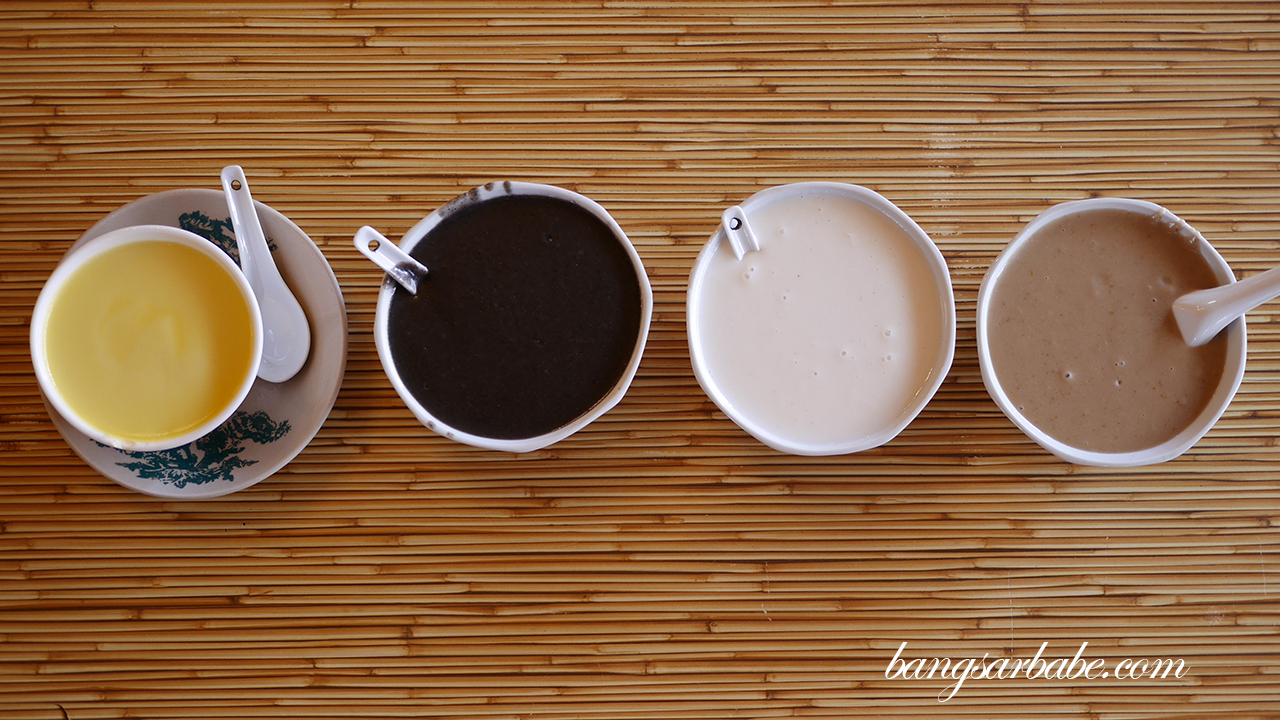 That aside, the black sesame, peanut and almond paste are good stuff and definitely worth checking out. I’ll be returning for more of these soon! If you live in Cheras, lucky you for the best black sesame I’ve eaten is from this uncle who mans a pushcart in Taman Muda. :) 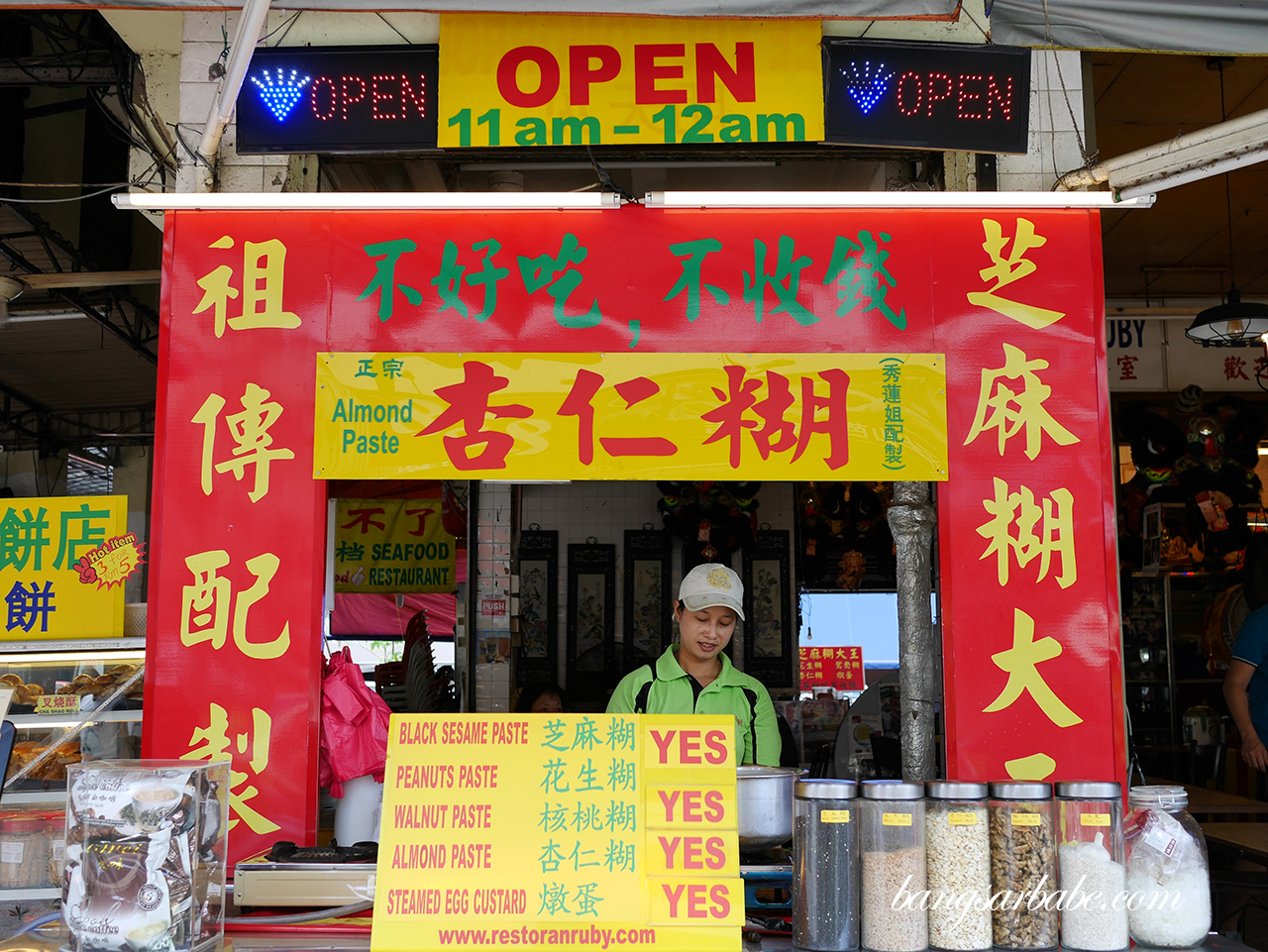