I’ve been thinking long and hard about writing this but a few of my close friends have asked for me to speak up about this matter. Our experience with our daughter’s paediatrician has been far from pleasant – painful even.

Because Jien and I didn’t have much guidance on this matter (pregnancy, motherhood and parenting), I thought it was normal behaviour among paediatricians. I brushed it under the rug thinking “perhaps I’m sensitive” and “maybe he was having a bad day” each time we go in for her check-up. But repeated unpleasant encounters with this doctor has led me to write about this – as I don’t think any parent deserve to go through what we had to endure with our paediatrician.

Our little girl had a rather rough first three months and was rushed to the A&E twice over the span of three months. As such, it’s only natural for Jien and I as new parents to have a bit more concern about her well-being. 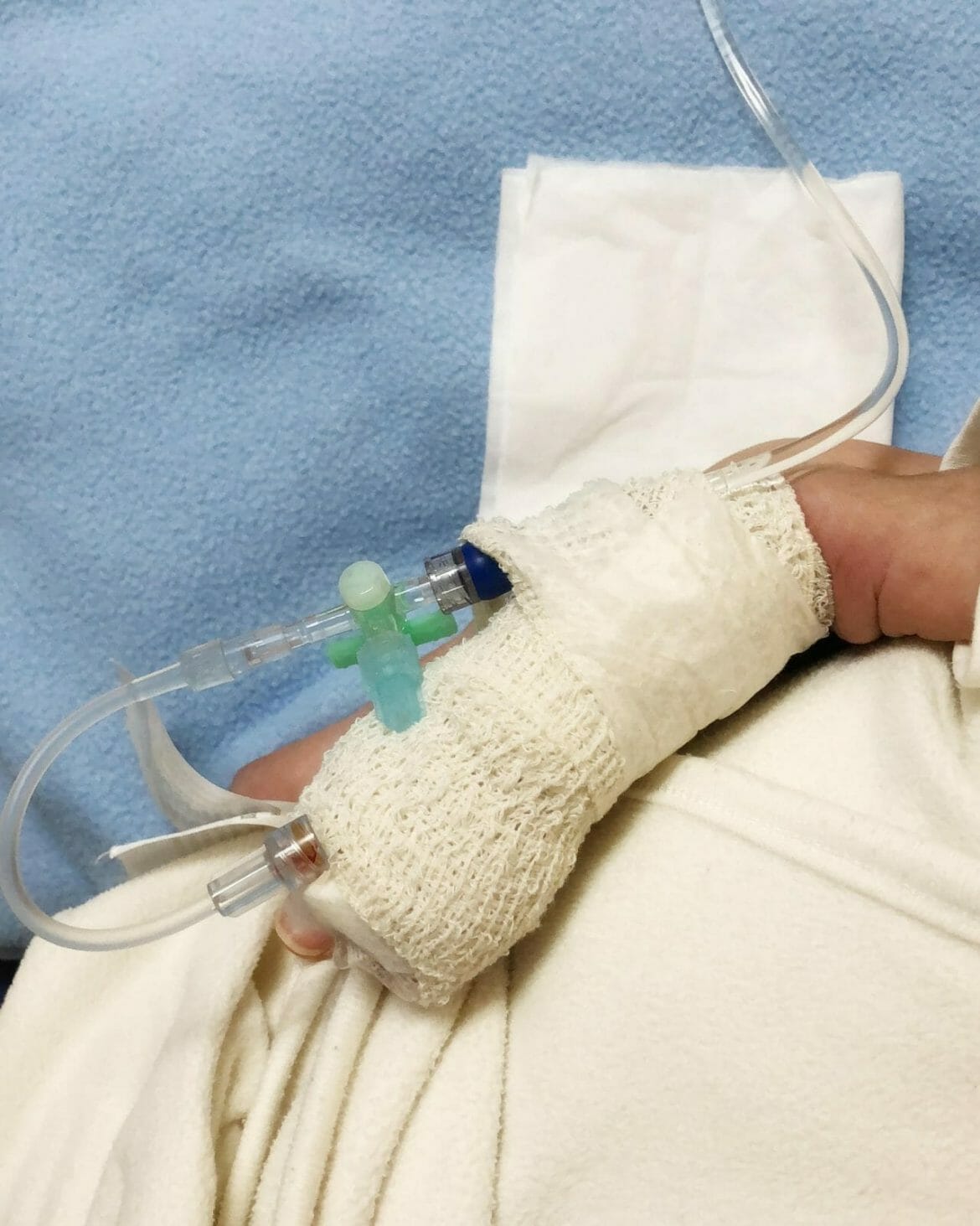 When she was 20 days old

Seeing her in the hospital with the IV drip was painful for us to bear and her incessant cries of discomfort when they administer medication and fluid over 4-5 days further worsened the rollercoaster of emotions we went through.

Prior to her birth, we read as much as we could about motherhood, fatherhood and parenting from books and online articles. But nothing prepared us for what was to come – the ultrasounds, x-ray and biopsy she had to go through at such a young age.

To have her paediatrician dismiss our concerns rather rudely came as a huge shock and disappointment as:

At first, I tried to reason with my inner gut feel that the doctor “is like that” and that so long as my daughter is OK, I should just shut up and tolerate his horrible bedside manners. I also reasoned that perhaps he “didn’t like my face very much” and that maybe he would be nicer to other parents who go to him.

This nagging concern I have about him was addressed by our family members and close friends – they too, go to the same hospital for their children, albeit a different paediatrician. All of them were shocked and said that it is “not normal” and their child’s paediatrician was never ever dismissive whenever they raised concerns or asked questions, however silly. And the questions I ask are really within reason as I checked with another paediatrician friend who disagreed with how I was being treated.

Our daughter’s paediatrician makes me feel like a hopeless, horrible mother with nary a clue of how to be a parent and that my daughter’s hospitalisations are mine to blame. The last straw came during our follow-up visit to his clinic, a week after she was discharged from the hospital.

He suggested that I feed my 3-month old baby water, to which I reacted, “Really? For a baby so young?”

Parents with a child this age would most probably understand my concern – because it is not something you should give a baby below the age of 6 months, I reckon. So I feel my concern wasn’t a “stupid” one and certainly not one that warranted such a reply from him.

“Yessss lahhhhhhh. Don’t worryyyy…your baby won’t turn green and explode!” he retorted while rolling his eyes at me with the hand gesture of an explosion.

I was really taken aback by his reply, both manner and tone. And it was then that I decided, enough was enough. I couldn’t stand another moment sitting in front of him – enduring his verbal assaults and insinuations that I’m a “lousy mother” who “should stop reading things on Google”.

Well doctor, it is because of my concern that I Google and read up on things based on my baby’s condition, that I’m at your clinic paying YOU (and the damn hospital) an exorbitant amount of money to treat her. I really want to call him and tell his this, but being the dismissive doctor he is, we don’t even have his cell number for emergency cases.

When our baby was in A&E, we couldn’t reach him so her paediatric specialist had to rush over to help us out. Even though he wasn’t her paediatrician.

If you’re a new parent or soon-to-be one, do note that no one should ever have to “put up” with a paediatrician’s flippant attitude. I’m not saying all the paediatrician in this hospital are horrible like the one we got – her specialist doctor is a really nice and patient guy.

Shop around and find one that understands your needs (and your baby’s) and patiently addresses those concerns. Having a paediatrician who is competent is important but having one who listens to you and is not dismissive is equally important. Your child is going to grow up with this doctor so never settle for anything less.