Home Motherhood Breastfeeding – It’s not all rainbows and butterflies.

Before May Anne was born, Jien and I read up on baby books and signed up for a breastfeeding course – with hopes of breastfeeding our little girl for as long as possible. I had a rather difficult start where there was almost no colostrum, let alone milk. May Anne was also born with a tongue-tie, so she couldn’t latch properly and the pain (on my nipples) was immense. 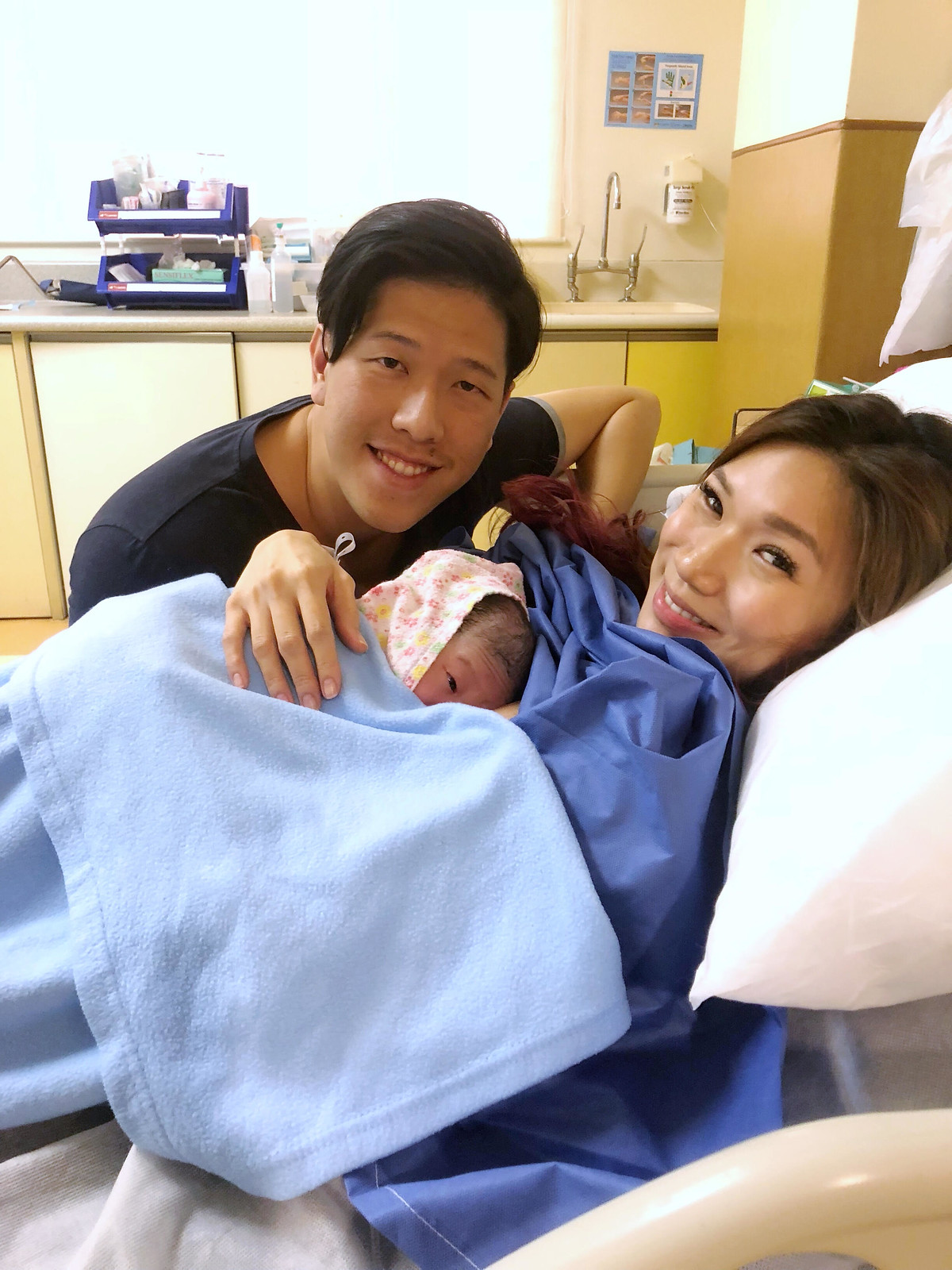 Moments after the birth of our little girl

We took care of the tongue-tie issue when she was 10 days old, but because she had gotten used to the bottle, she was unable to learn proper latching. The pain each time she latches on is so horrific, my nipples would bleed and the milk ducts would get clogged. I hated breastfeeding; it felt like a prison sentence. 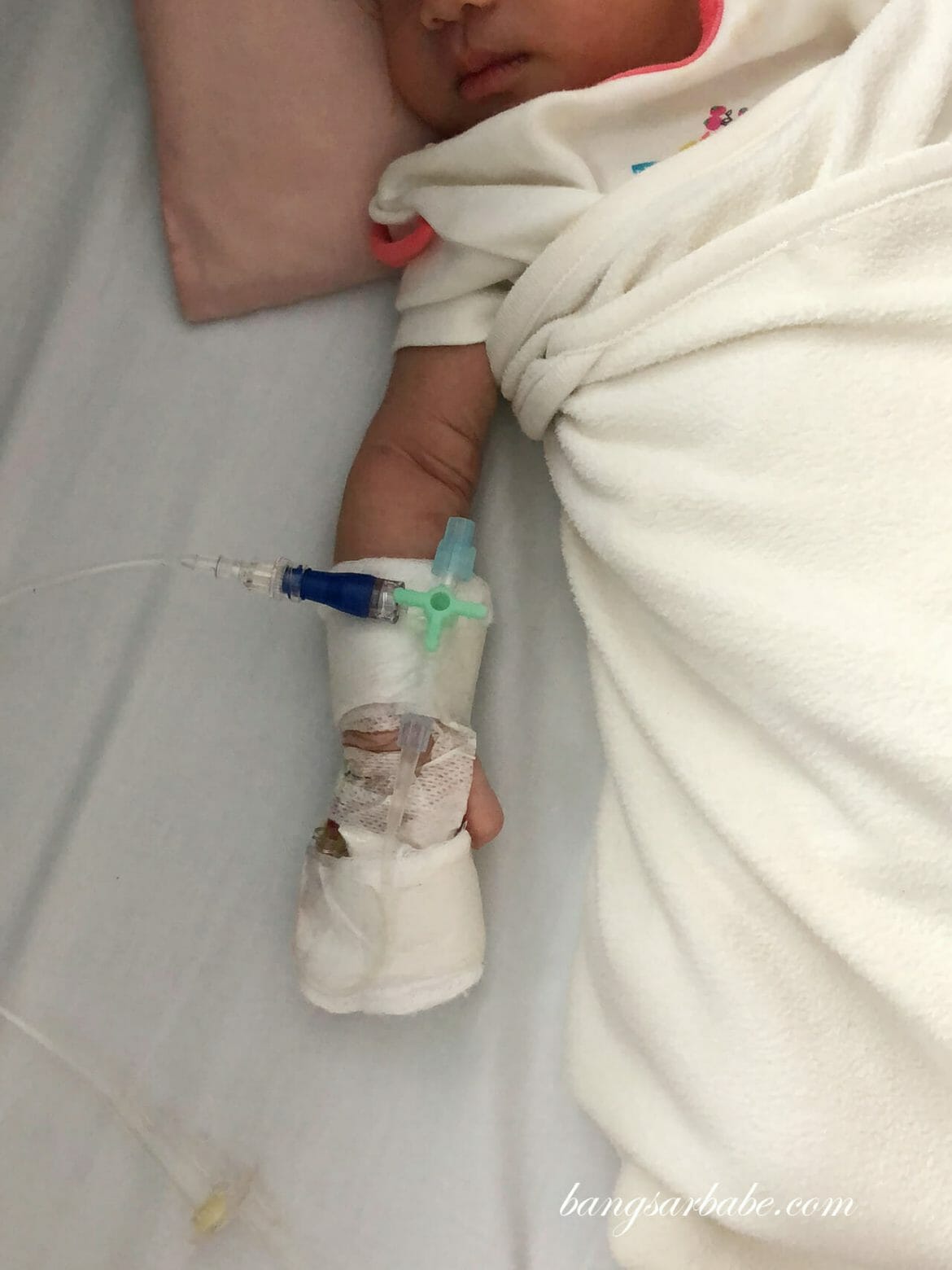 She also had a pretty bad episode of gas build-up and was hospitalised at 20 days old. We suspect it’s partly because she drinks too fast (like me) so there’s a lot of air intake. After that incident, Jien and I made sure she burps after each feed and it took as long as 30 minutes to get her to do so.

Three months ago, I was introduced to Hegen, said to improve latching because of its elliptical-shaped silicone teat. At that time, I already had mastitis and a bad case of breast abscess, caused by prolonged clogged ducts and an infected nipple.

We were both admitted to the hospital – she, for enterocolitis while I had to endure four rounds of ultrasound guided aspiration.

So you see, my breastfeeding journey felt like a rollercoaster to hell.

Because of her confused latching, May Anne was extremely rough with my nipples – pulling, tugging, and yanking it because she couldn’t get the milk out. She would cry and cry because she wanted to latch on but didn’t know how to. The lactation nurse and my breast doctor said I wasn’t to feed her directly due to my infected breast and nipple at that time.

That was when I turned to Hegen.

I cradled her as though I’m about to breastfeed her and used the Hegen bottle to feed her my expressed breastmilk. Because she could still smell and feel me, she accepted the bottle and started “latching”. This made life easier as Jien can also feed her using the bottle and she wouldn’t kick up a fuss. 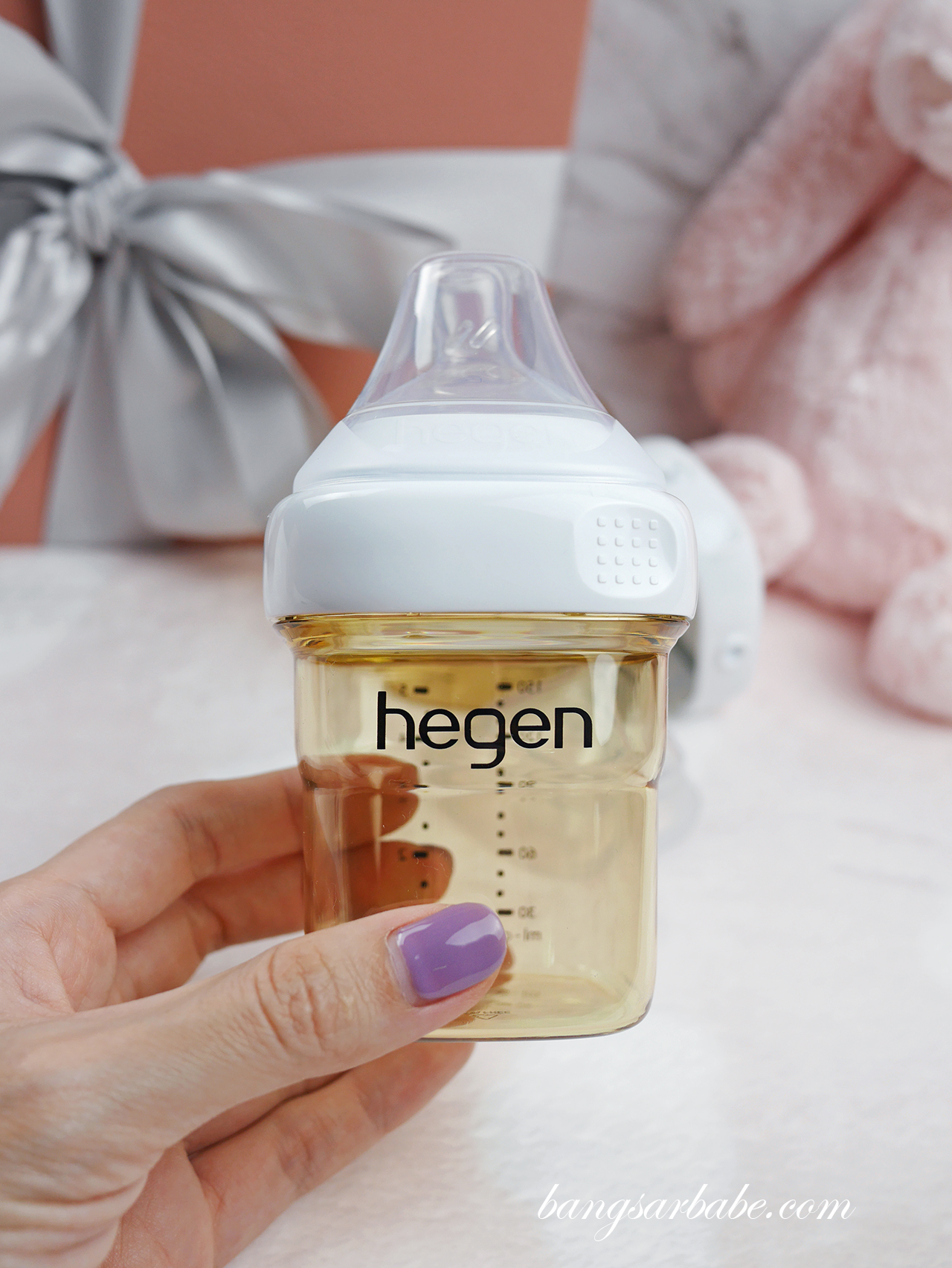 Because Hegen is designed to mimic the natural breast of mothers, it helped reduce her nipple confusion and thus, she’s able to latch on more correctly. It’s been almost 3 months since we started using Hegen and I have to say, her latching has improved significantly. Not perfect yet, but getting there. 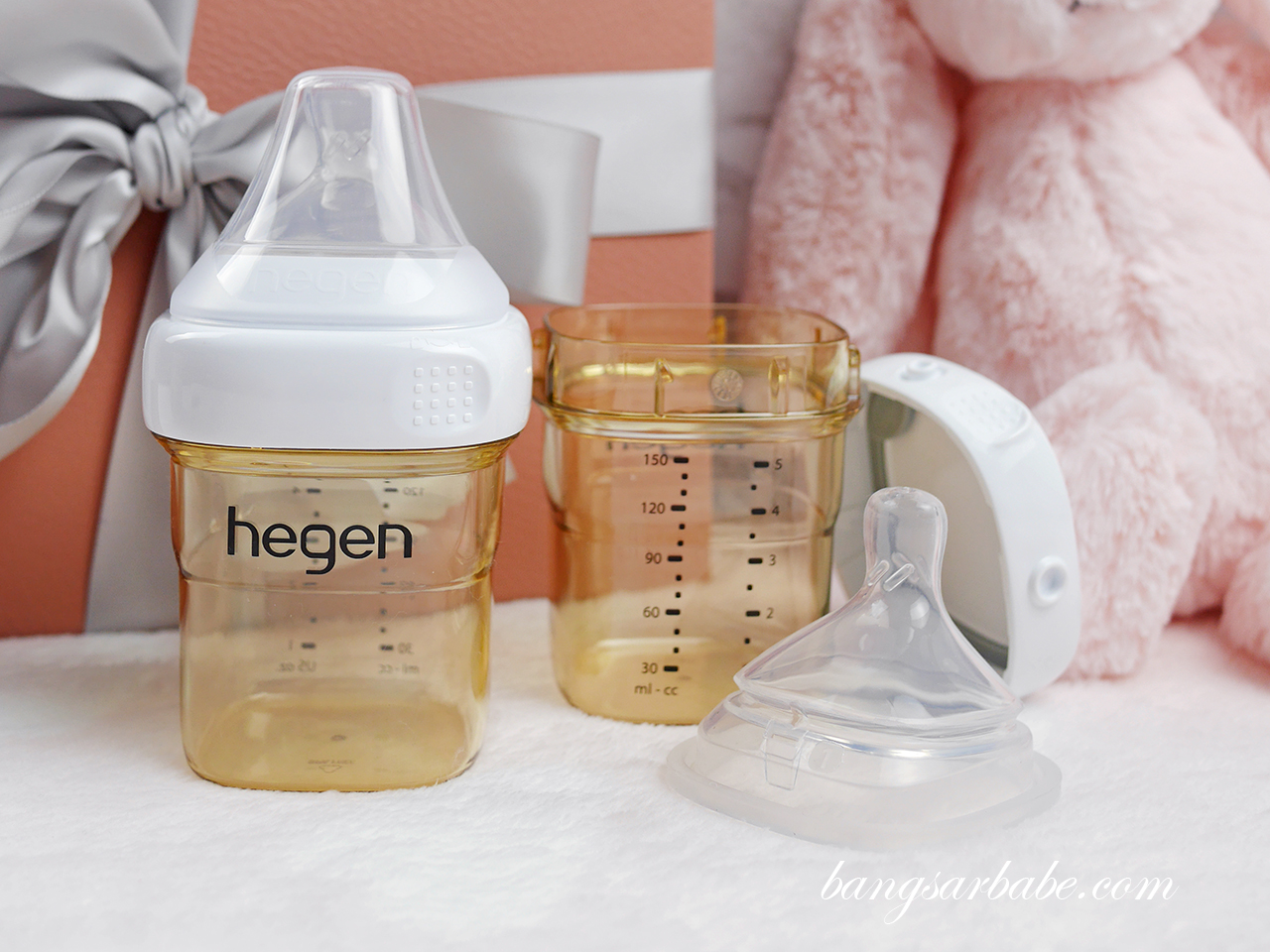 We also noticed she burps easier because there’s less air intake from Hegen’s anti-colic air vent design. It’s definitely a relief as our paediatrician told us to be careful of air build-up in her body due to her previous condition. 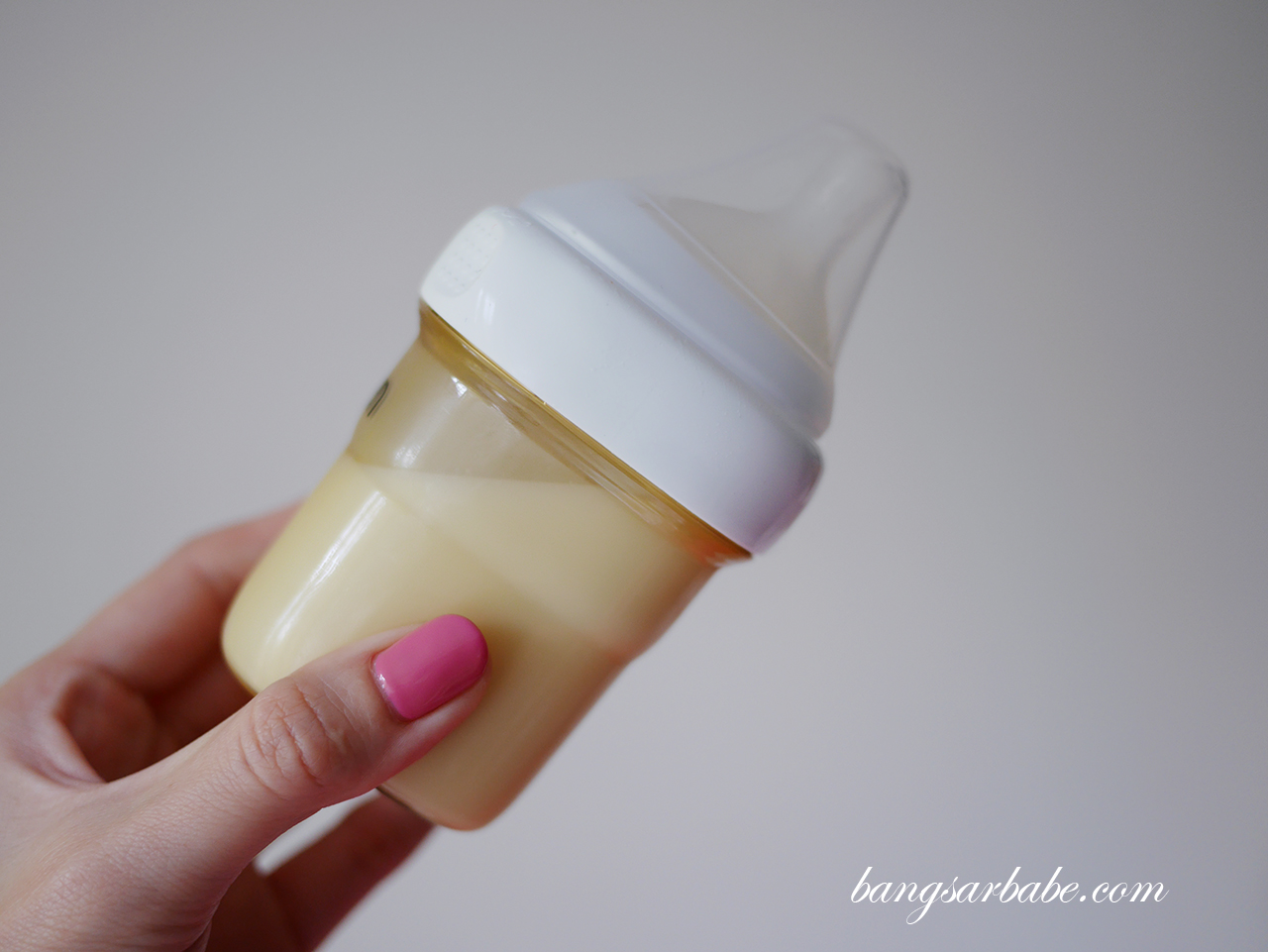 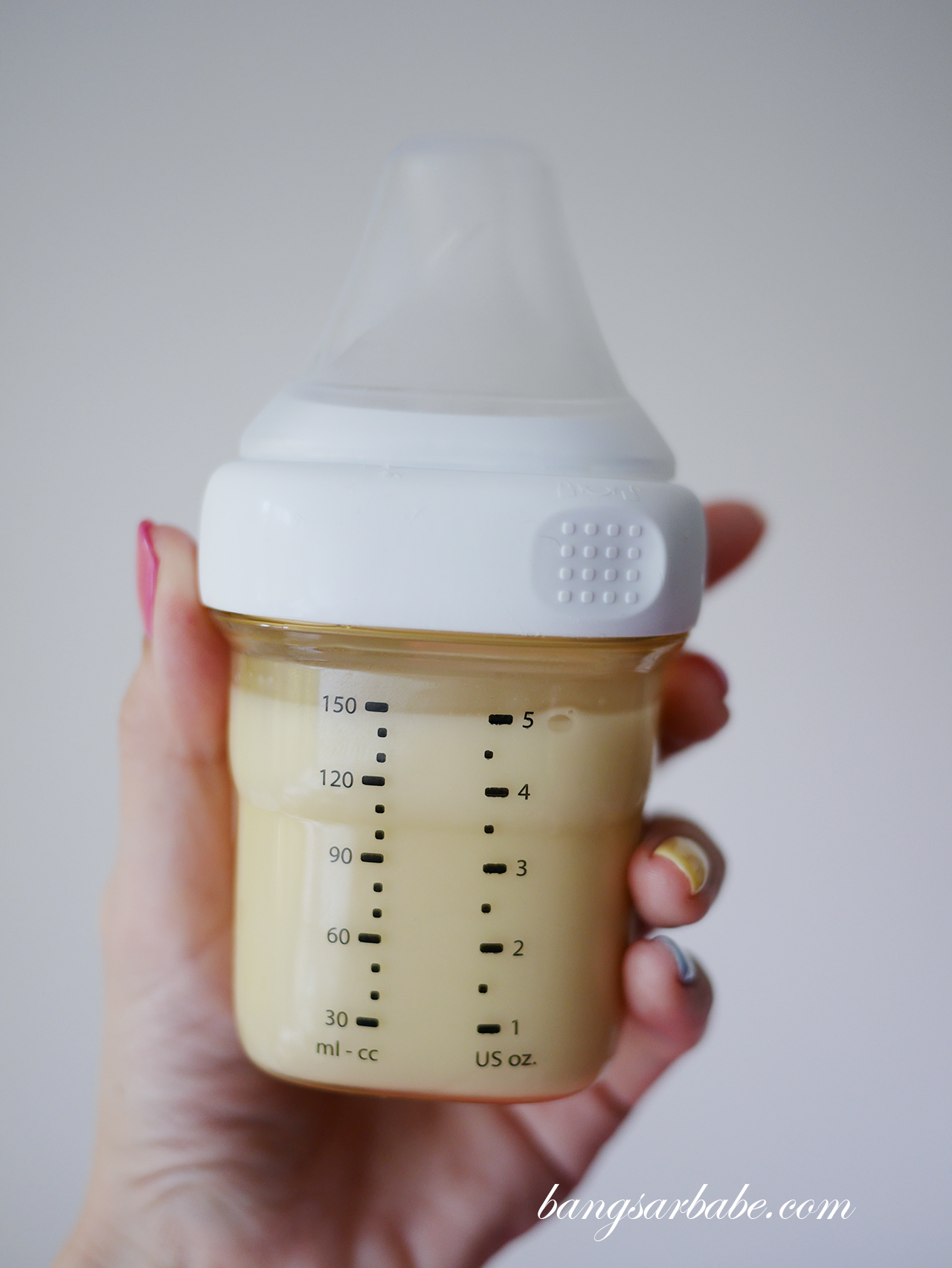 Clear indication of oz and ml on the bottle

What I personally like about the bottle is the one-hand closure cap. With the baby in one hand, I’ve struggled with previous milk bottles – spilling precious breastmilk which I can barely produce. With Hegen, it closes with a press and there’s no spillage whatsoever. 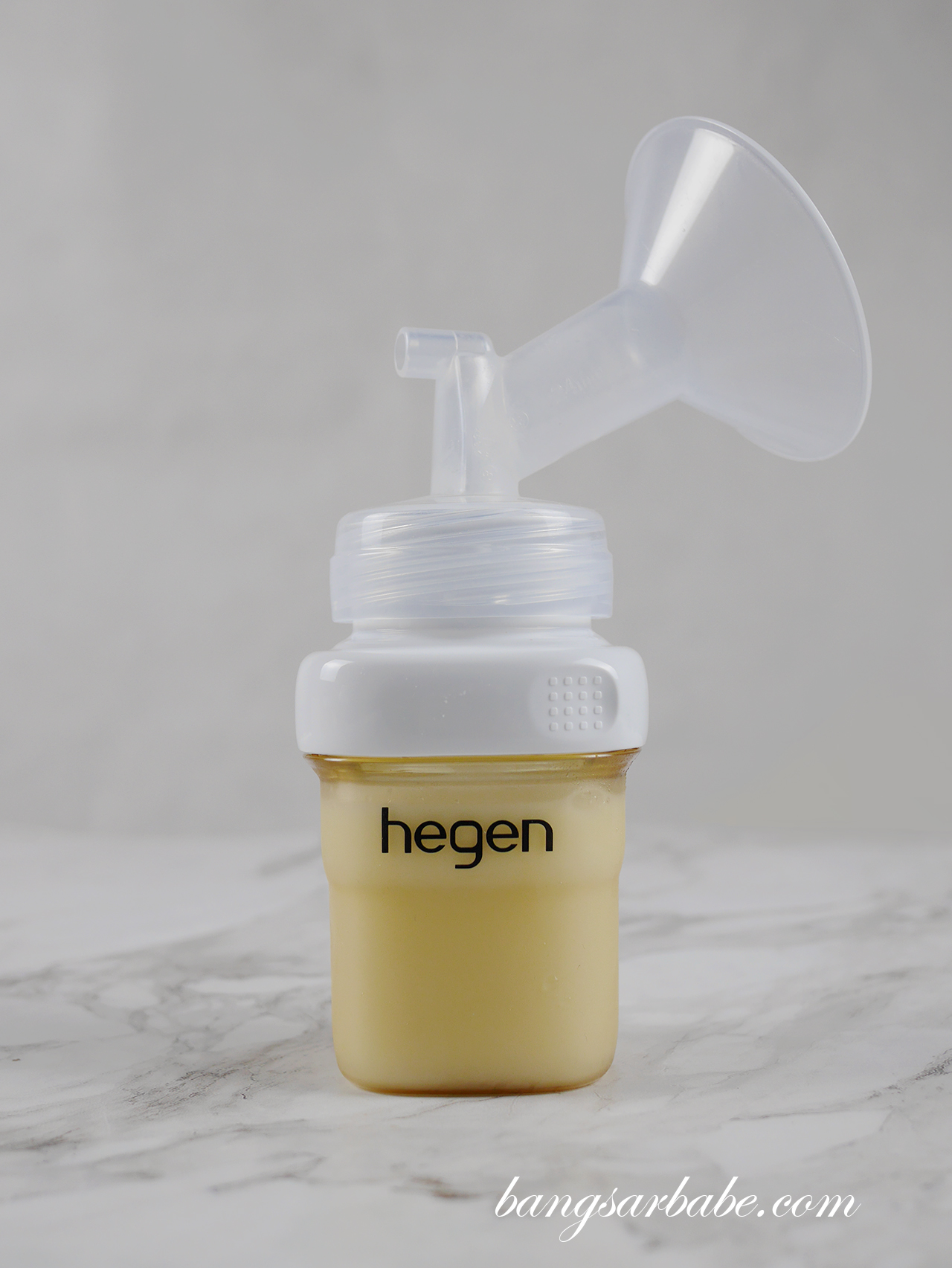 Express your breastmilk directly into the Hegen bottle 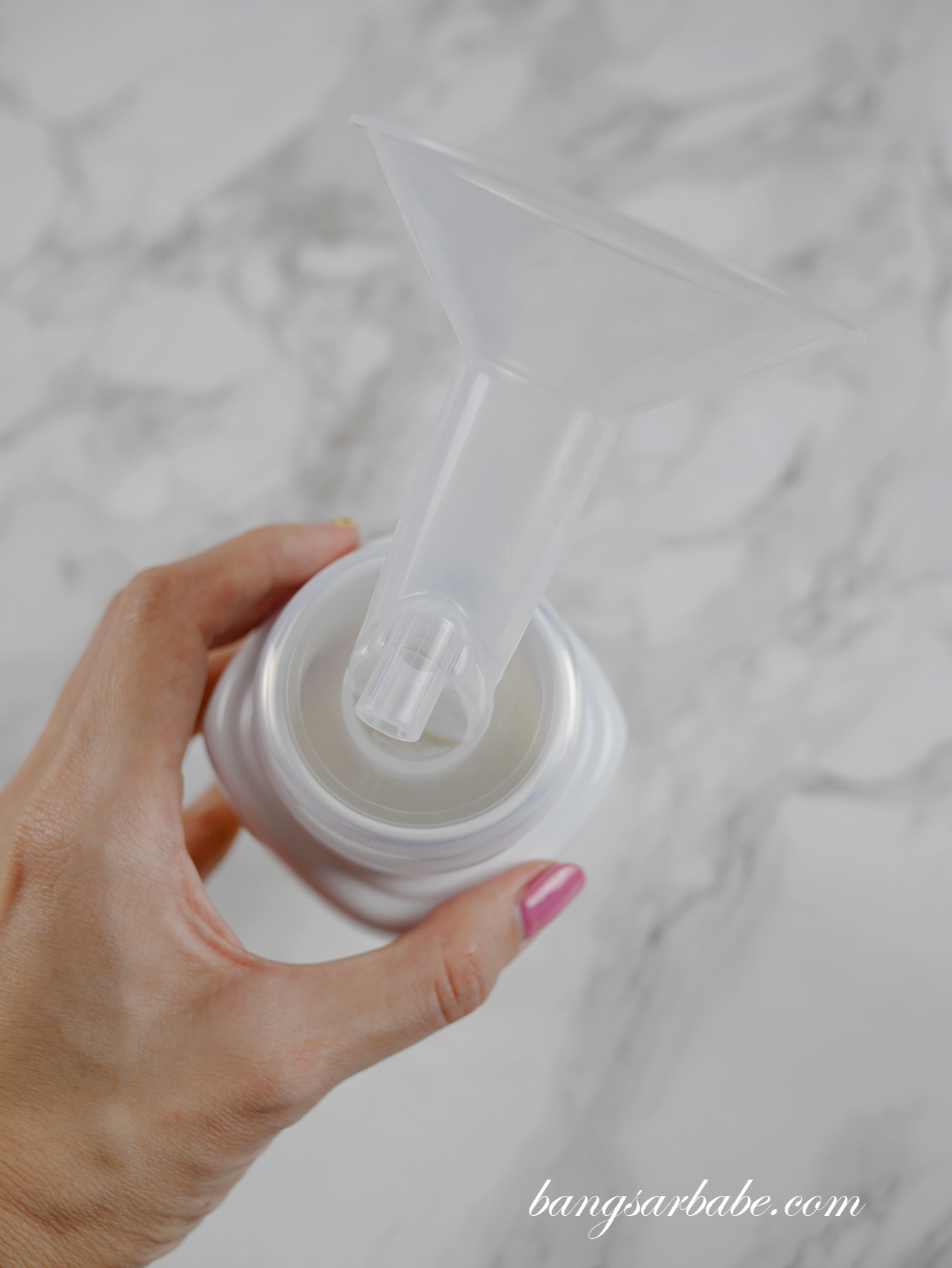 The adaptor is compatible with most breast pumps 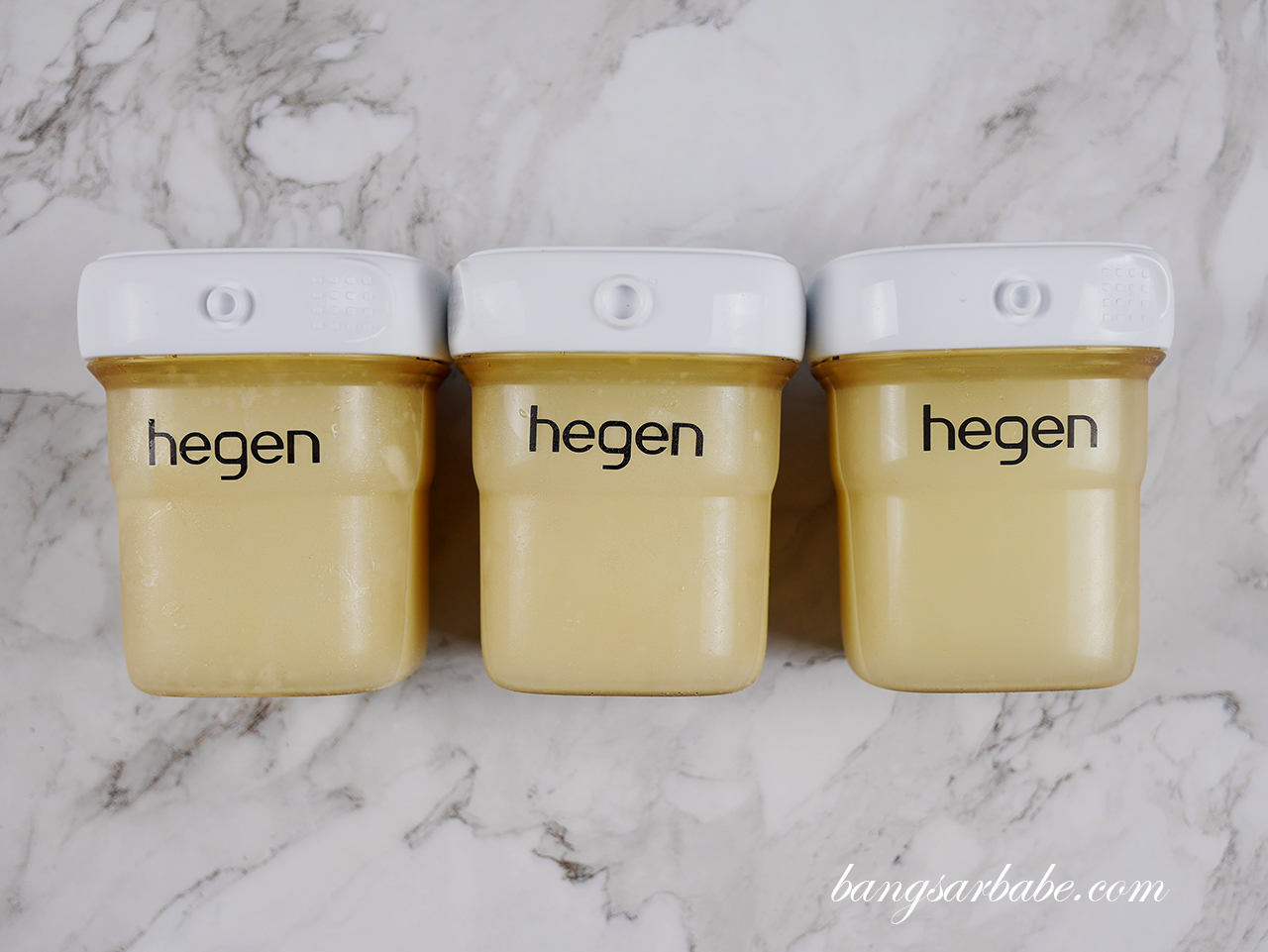 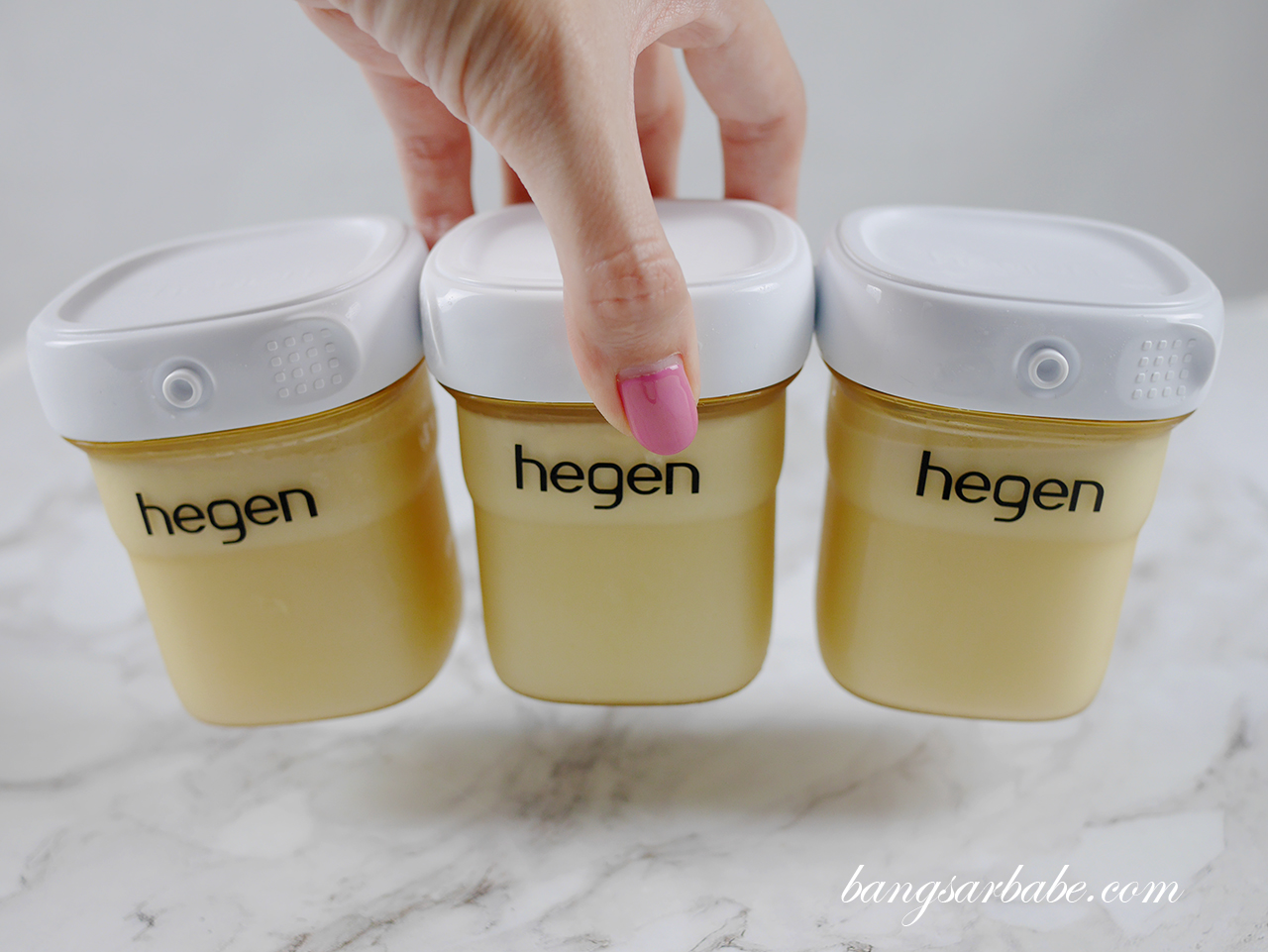 The “Express, Store and Feed” design is something busy mothers like myself would appreciate – you can pump your breastmilk directly into the bottle using a Hegen adaptor and opt to feed your baby immediately or store/freeze it for later consumption. 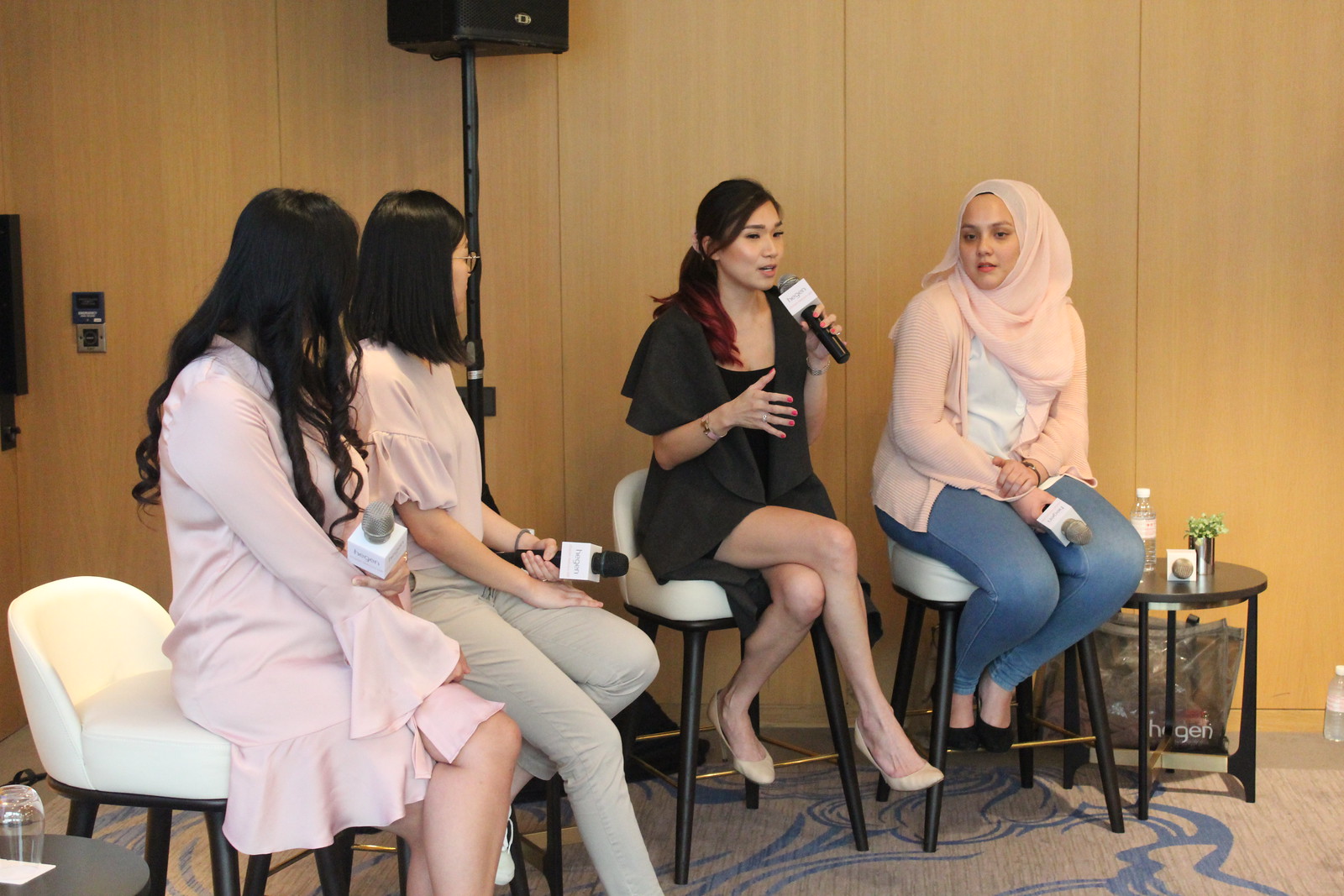 Talking about my breastfeeding experience during the recent Hegen event

I was prepared to give up breastfeeding due to my circumstances but Hegen has helped prolong the journey – 3 months strong. Thank you Hegen, for making my breastfeeding journey more bearable!

Note:
There’s nothing wrong with using formula; I use it sometimes as a top-up because May Anne drinks a lot. I opt to breastfeed because I want to give her the best, but I’ve also learnt to let go of my guilt each time I scoop formula milk powder into her bottle.

So mummies, don’t beat yourself up. So long as you love and care for your child in the best possible way, that is enough. Don’t let anyone tell you otherwise.