Weekend brunching is a pretty big deal for us KL-ites; a time to get together with family and friends, or to nurse a hangover from the night before. And brunch is usually divided into two categories – Western brunching of eggs, bacon and coffee, or Chinese brunching of dim sum and tea. 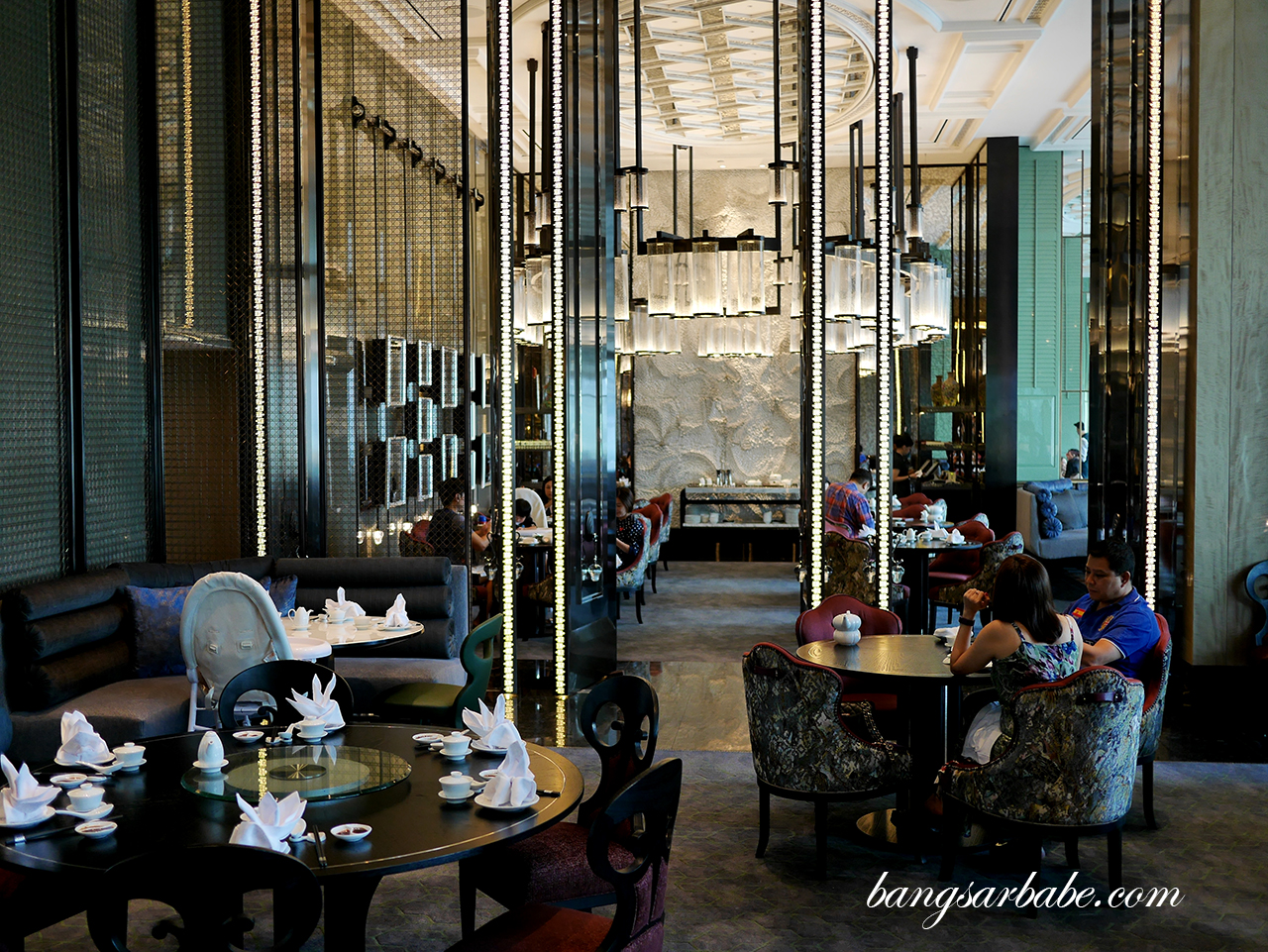 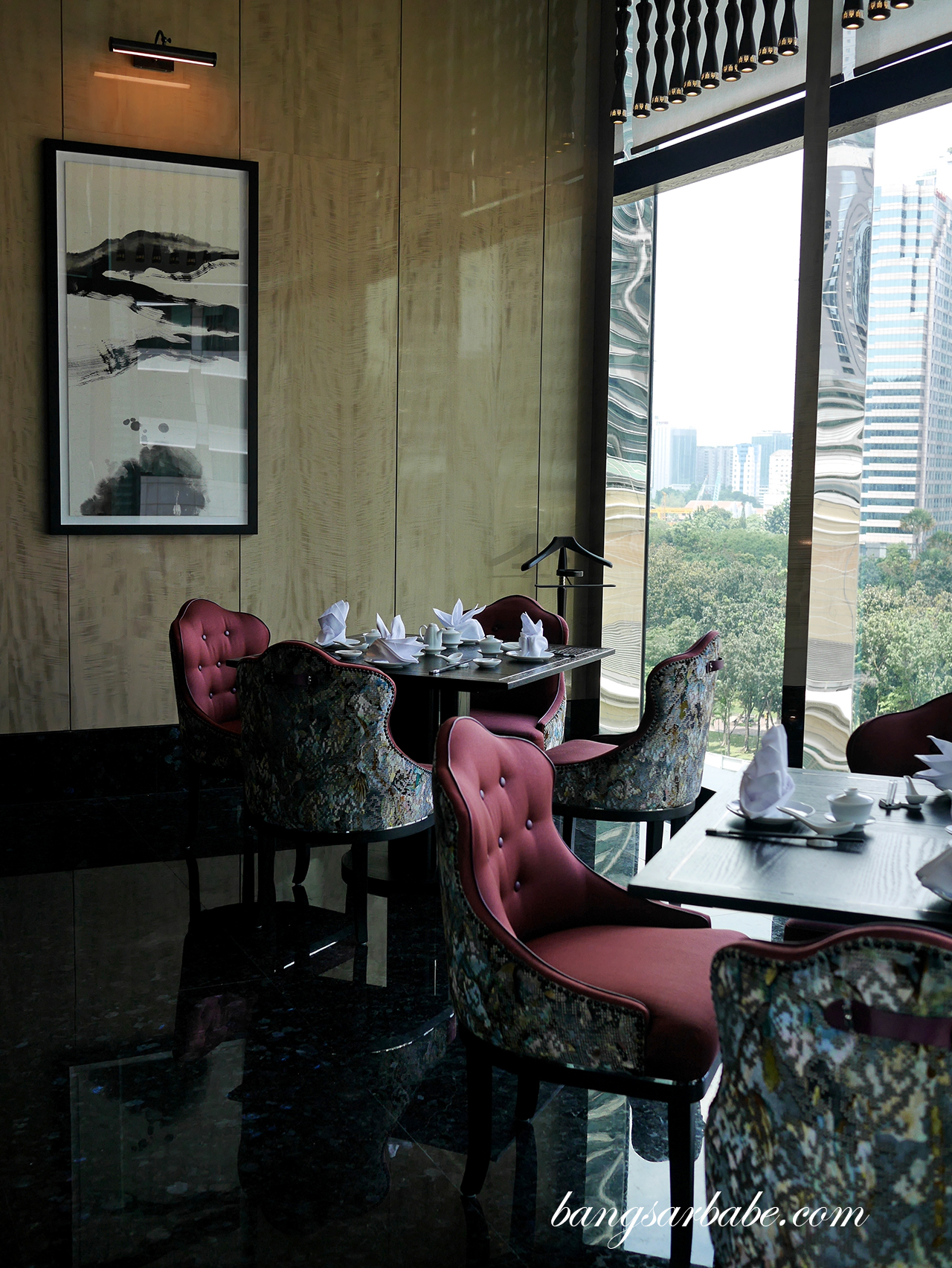 I was pretty excited about Yun House in Four Seasons Kuala Lumpur when they first opened. Even more so when my (chef and hotelier) friends mentioned the kitchen is helmed by a reputable chef from Hong Kong. So Jien and I called ahead to book a table, only to fail – twice. We tried again the following week and managed to get a table for brunch with our friends. 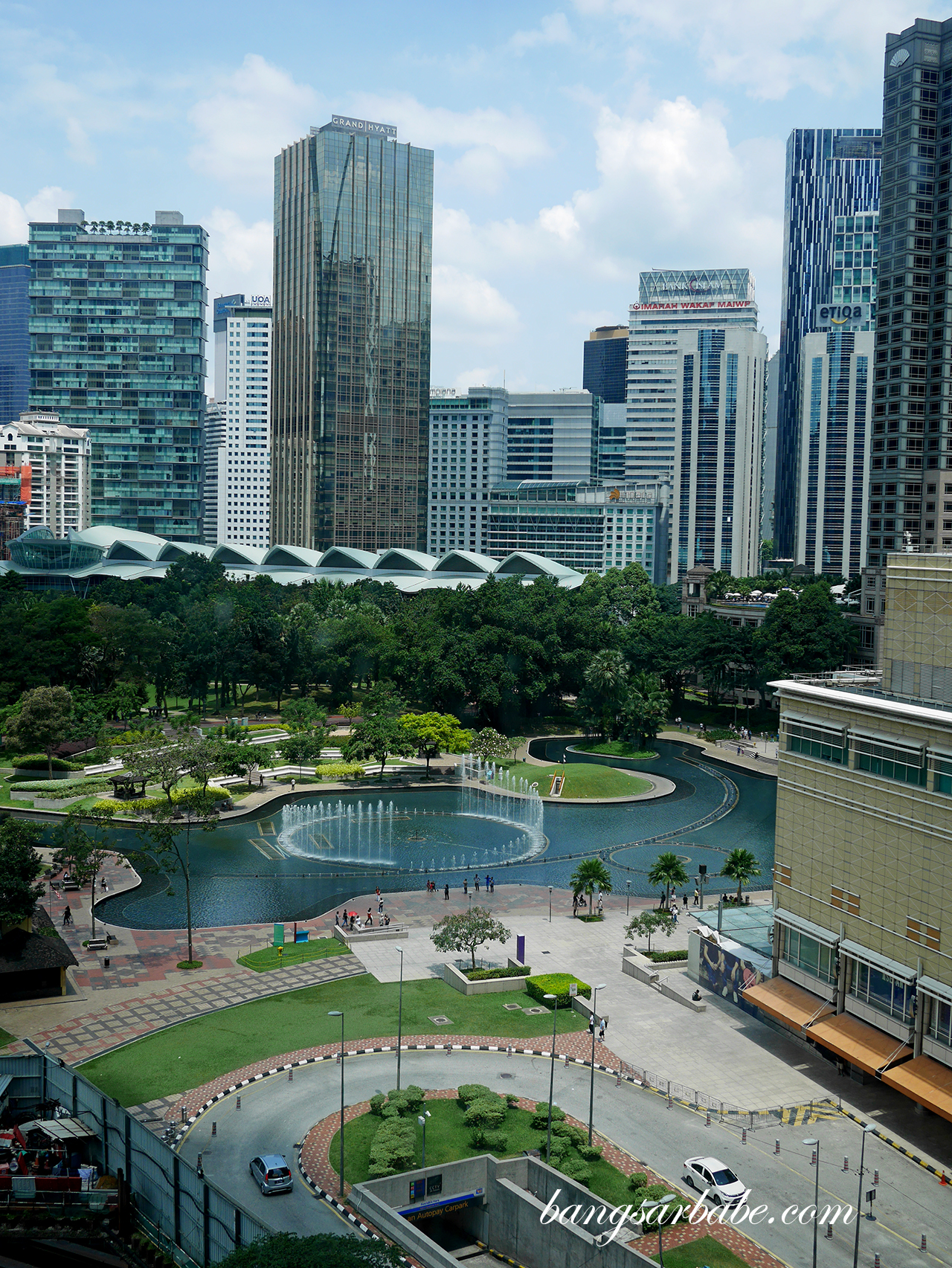 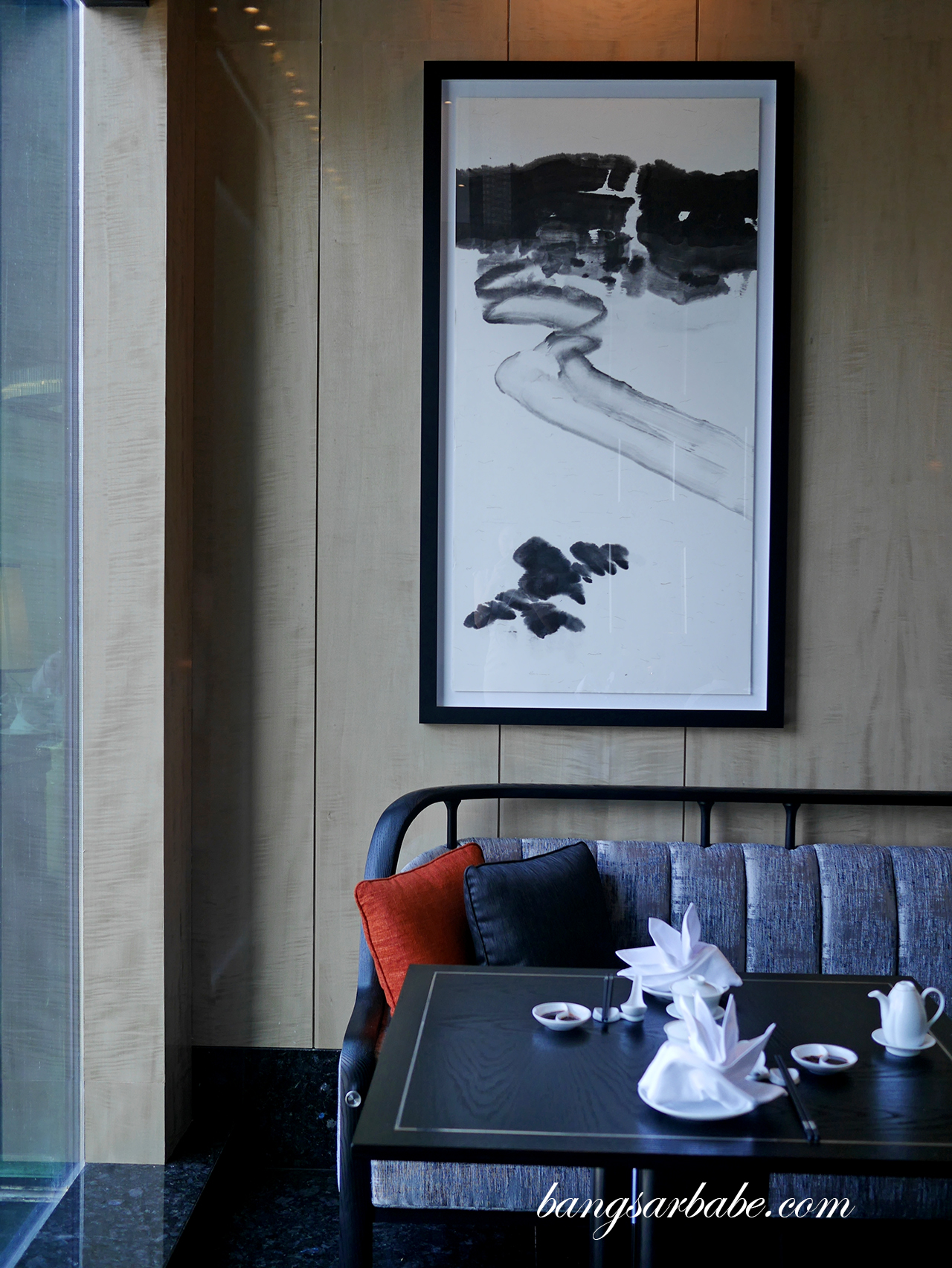 Yun House’s ambiance deserves a mention. Elegant and luxurious with decorative ornaments and furnishings along the corridor leading you into the main dining area. Ceilings are high and the windows, floor to ceiling, giving you a view of the city as you tuck into your meal. Service is exemplary; so much so I was telling my friends how impressed I am with the staff. 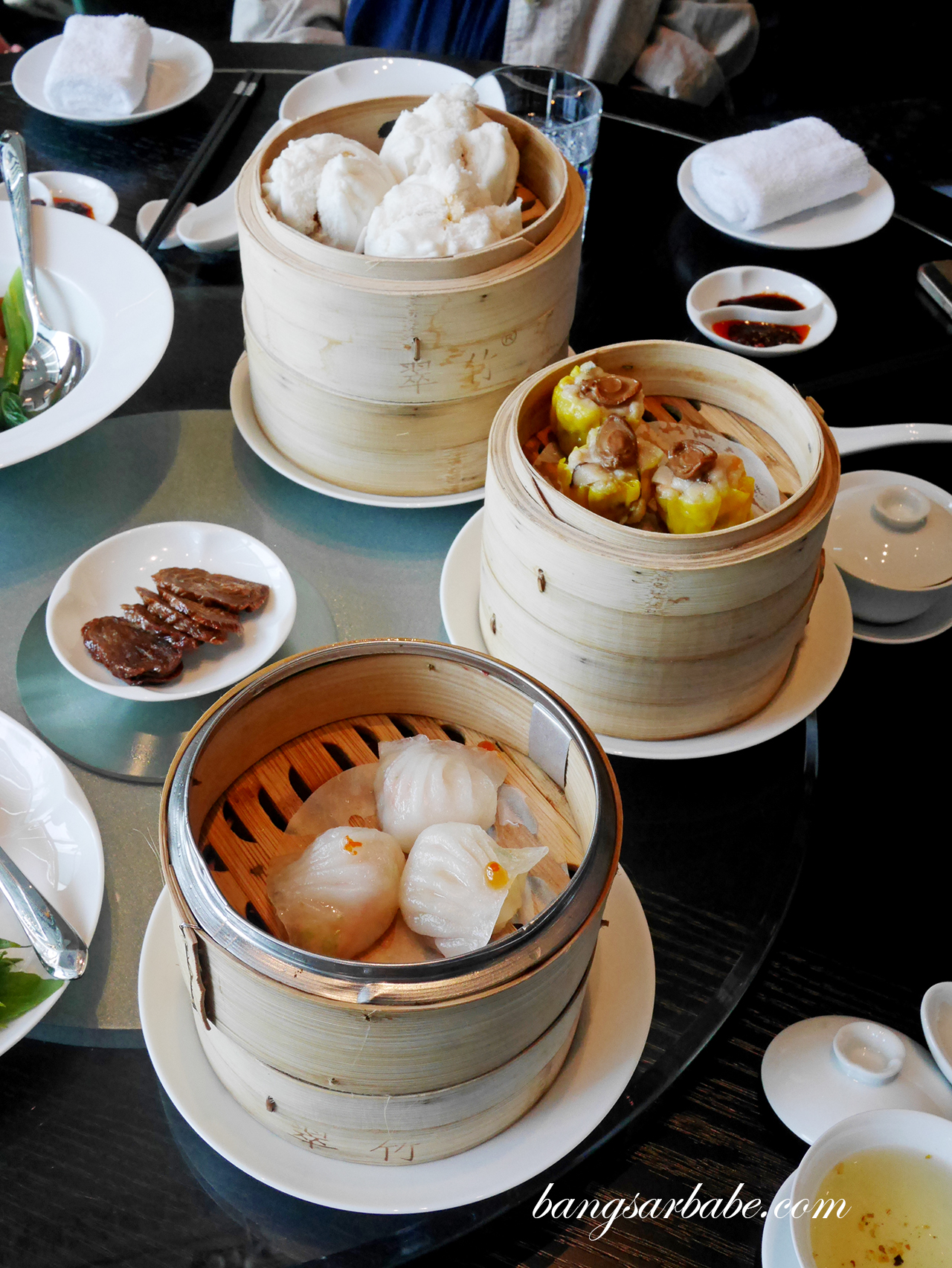 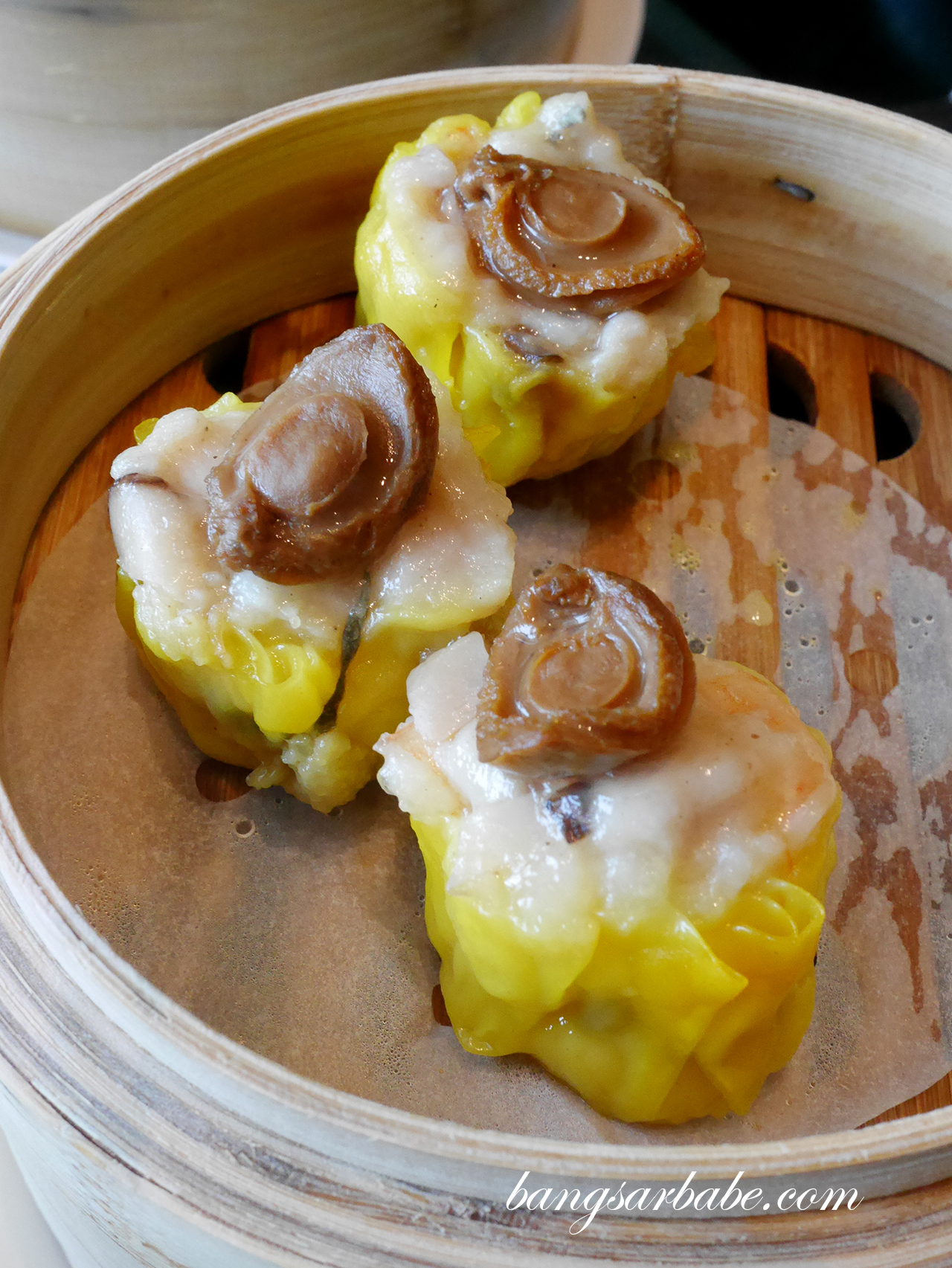 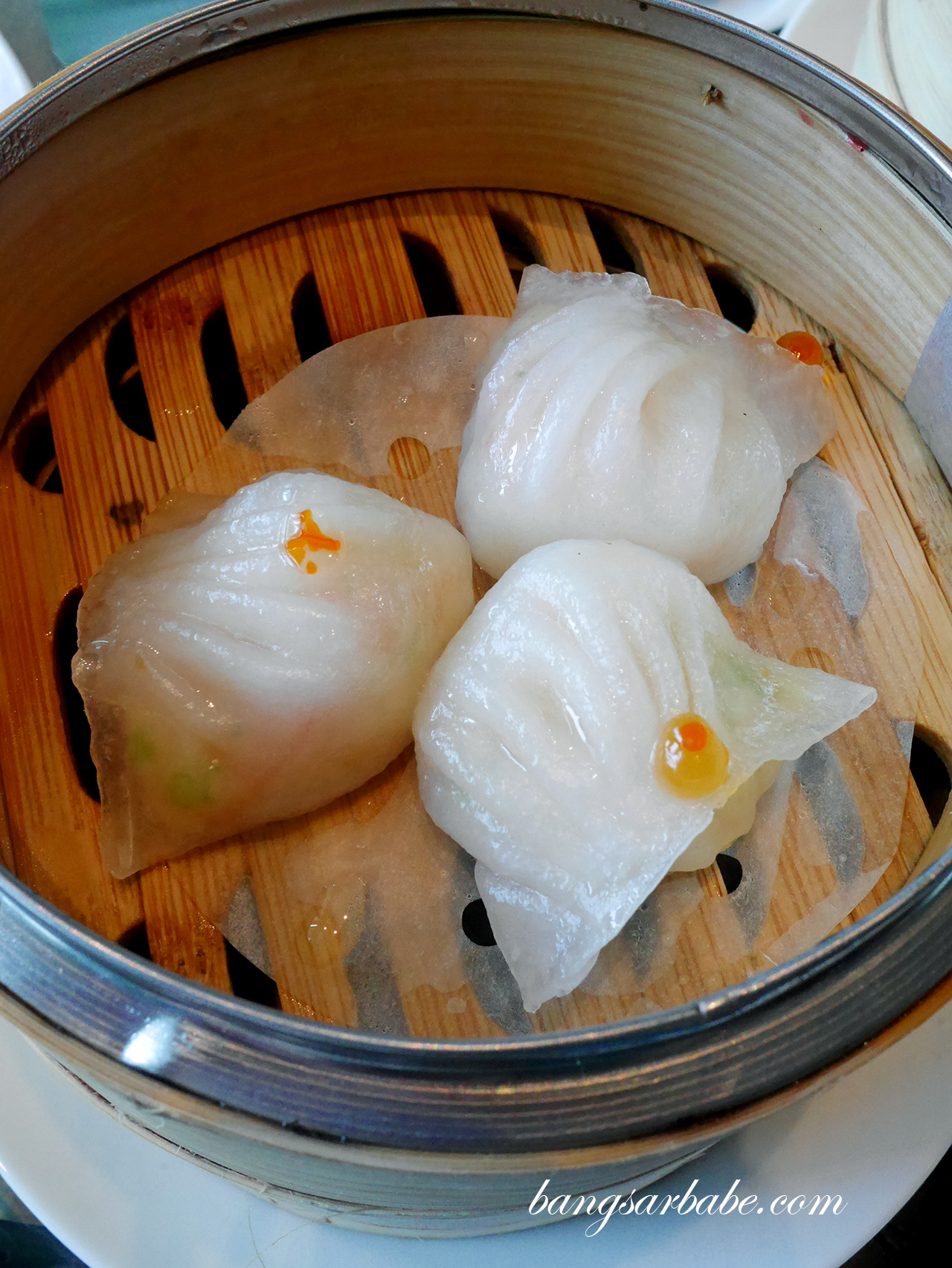 Dim sum is good, as expected from a chef with more than 30 years of experience. The steamed chicken and seafood dumpling with abalone (RM38) is succulent, sweet and flavourful while the steamed crystal fish dumpling with fish roe (RM32) is well made, identical to the one I enjoy in Hong Kong. 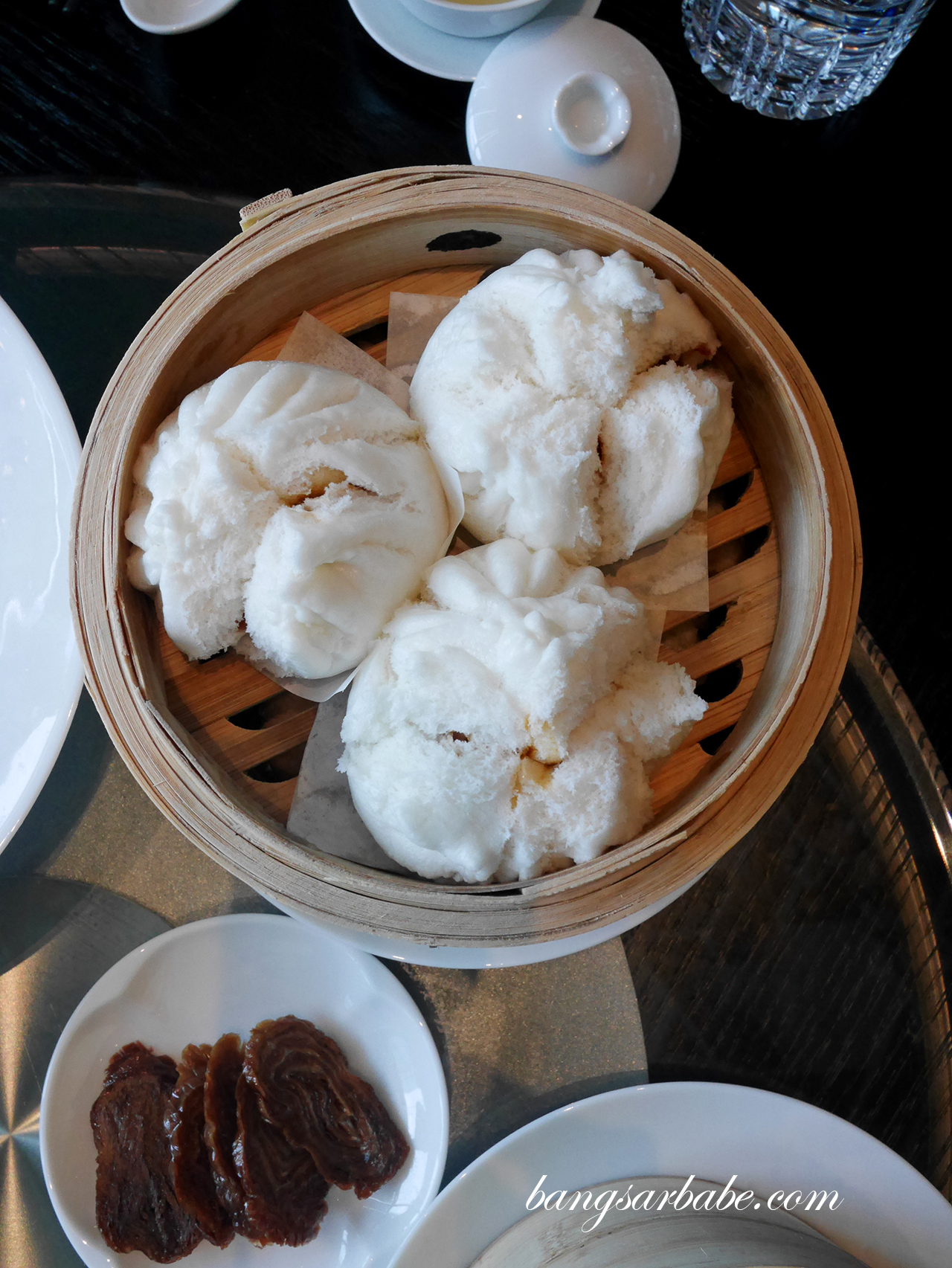 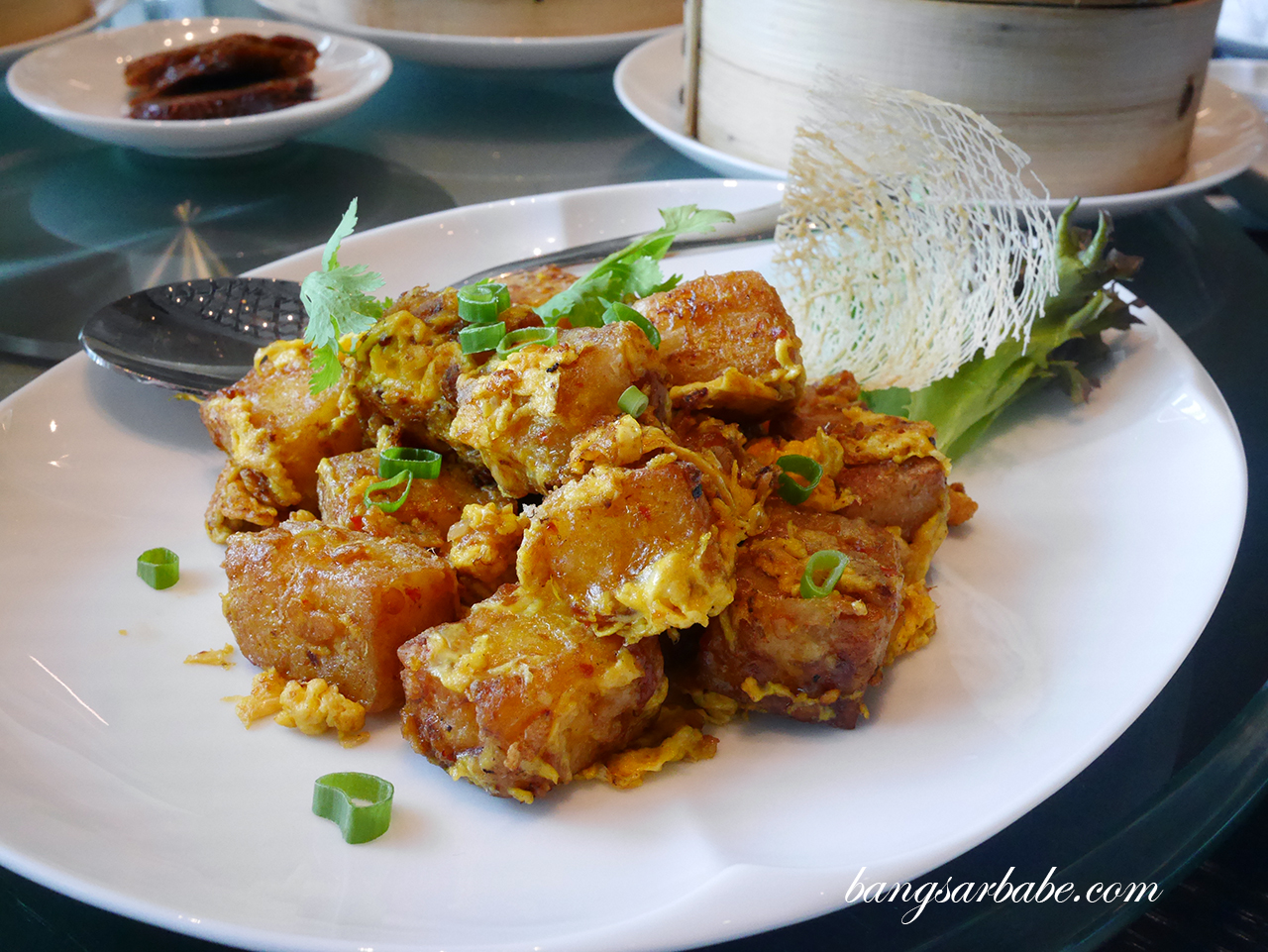 Jien and I have mixed opinions about the steamed fluffy bun with honey barbequed chicken (RM21) – I like the balance between fluffy bun and sweet-savoury filling but he finds the latter lacking caramelisation. The wok-fried carrot cake (RM28) is a must-order if you’re doing dim sum at Yun House. It’s the best I’ve eaten in KL thus far; each cube of carrot cake is evenly coated with egg and fried till crisp around the edges. 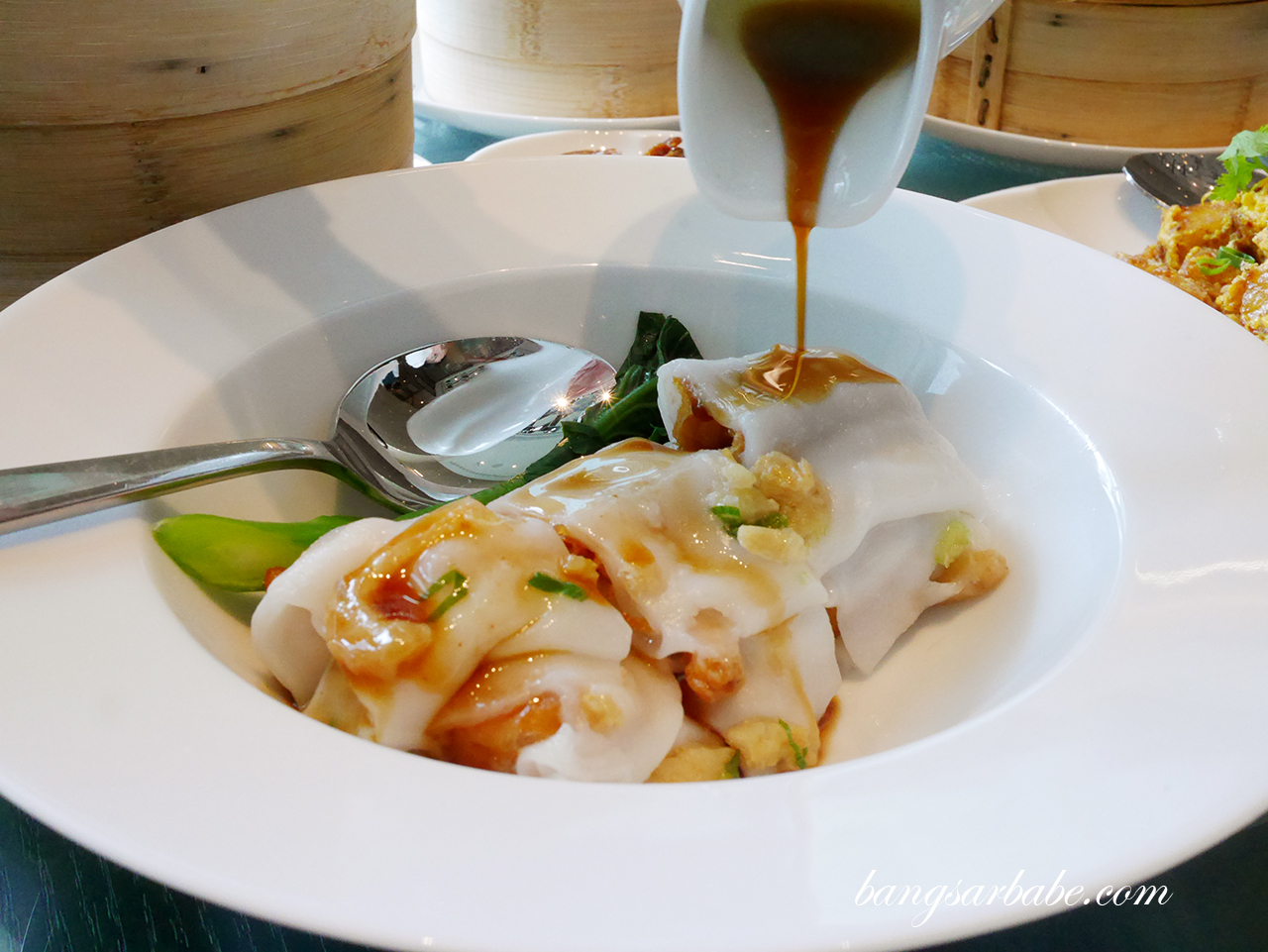 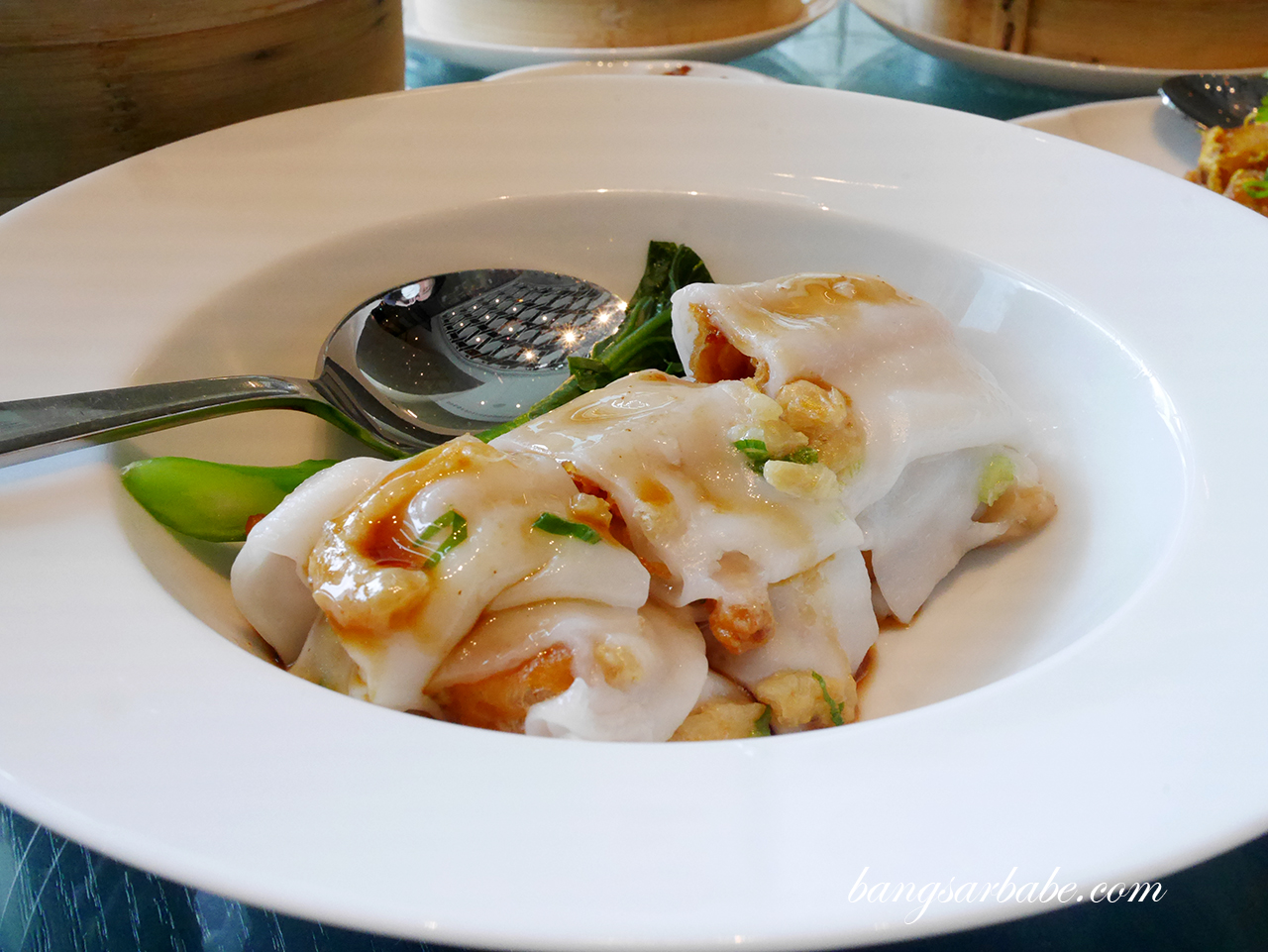 Also noteworthy is the rice roll stuffed with dough fritters and dried shrimp (RM21), a spruced up version of the chee cheong fun. You get that silken texture from the rice roll, with crispy fritters and savoury notes from the light gravy. 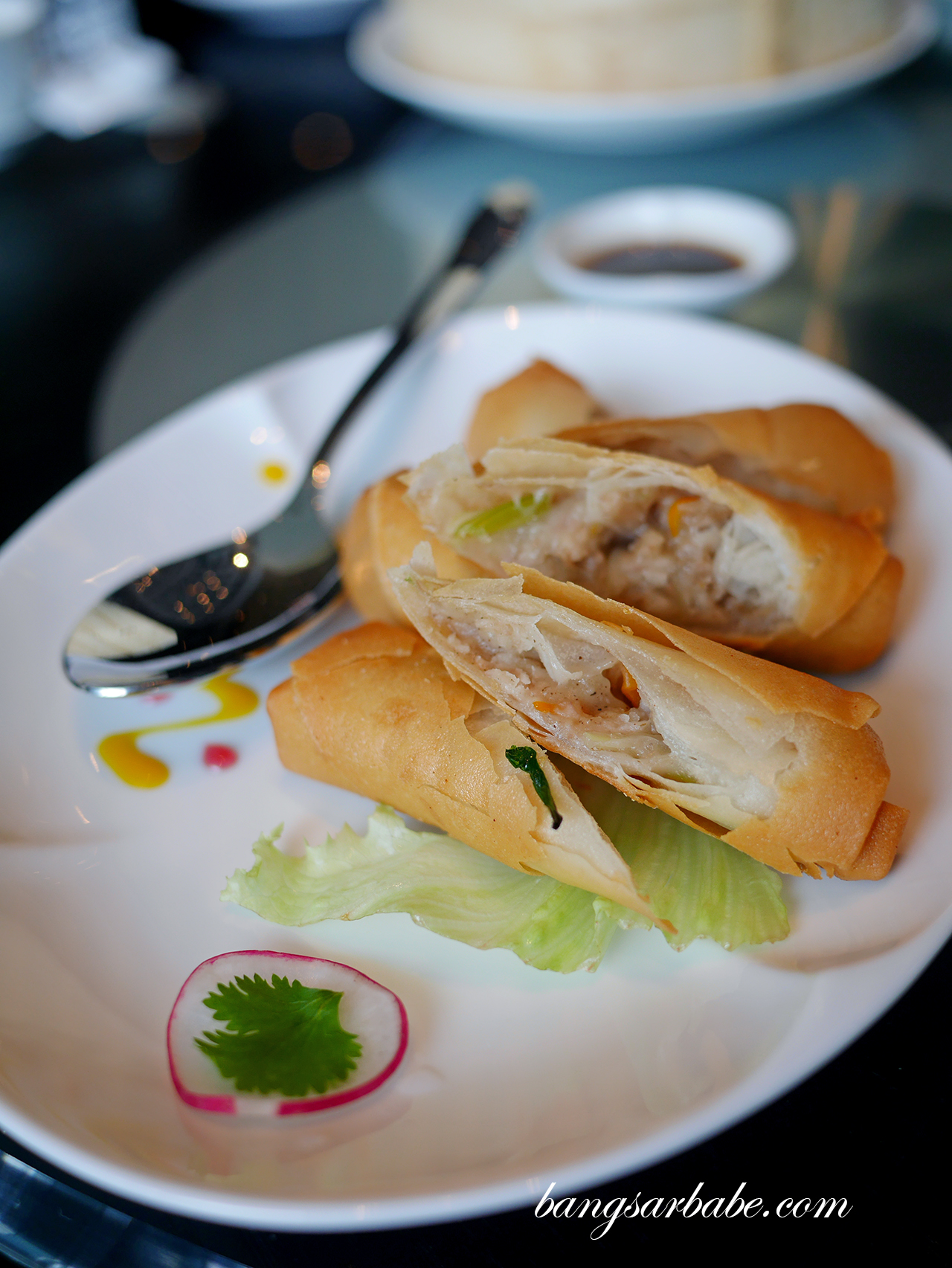 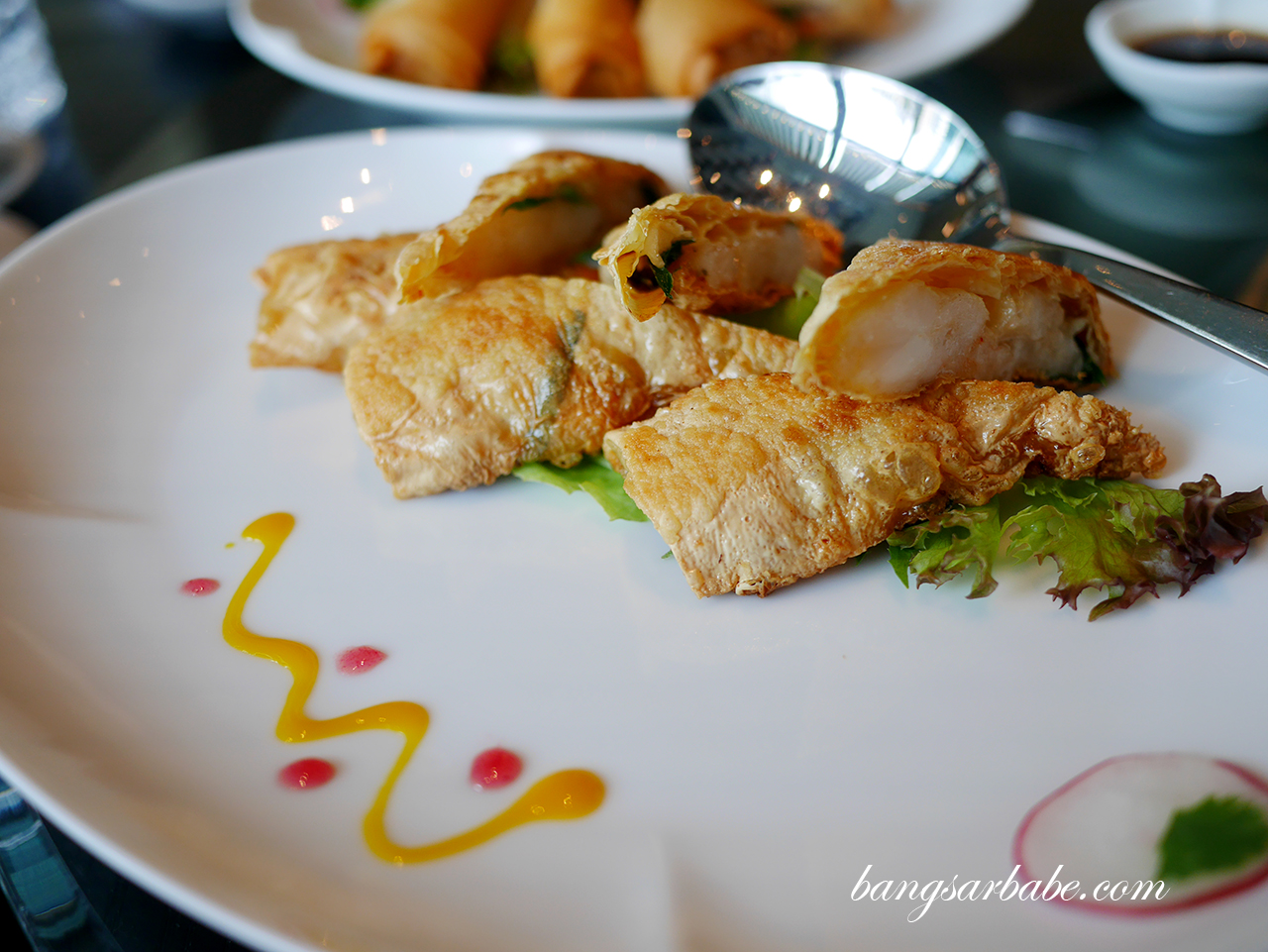 The fried dim sum section offers two options – pan-fried beancurd skin roll with shrimp (RM25) and deep-fried spring roll with shredded yam (RM21). Both were good, but I enjoyed the spring roll better because of the yam filling. 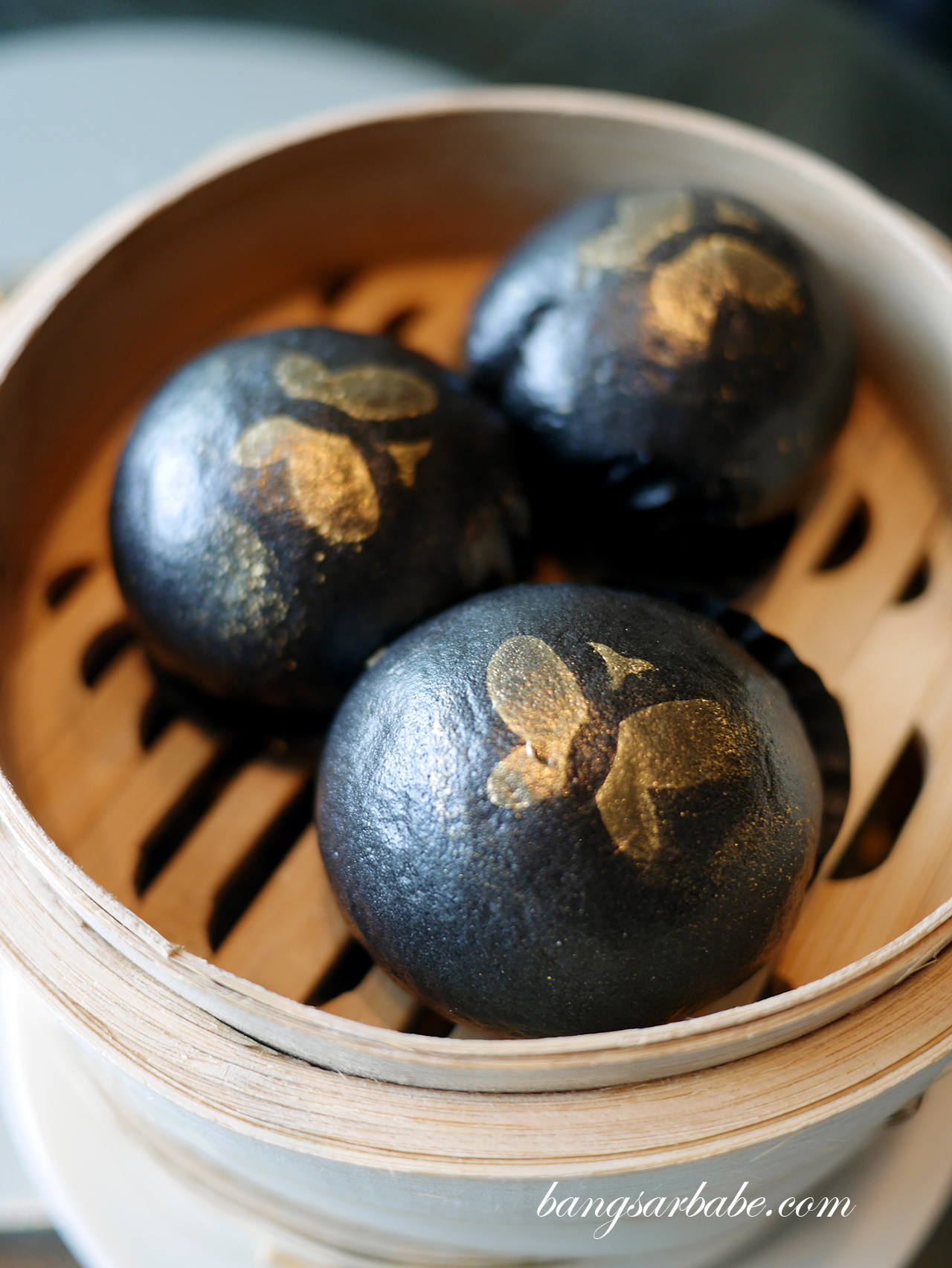 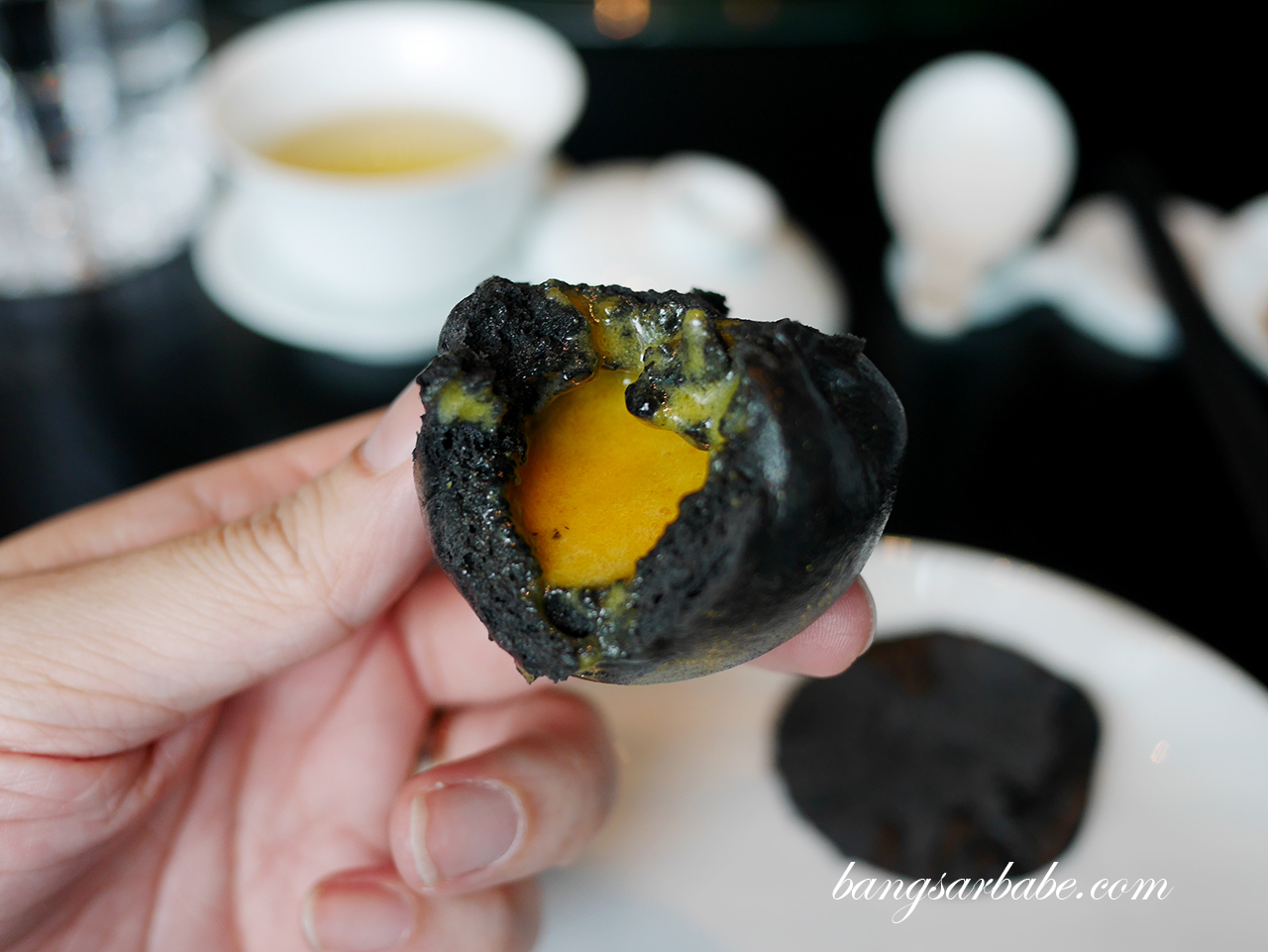 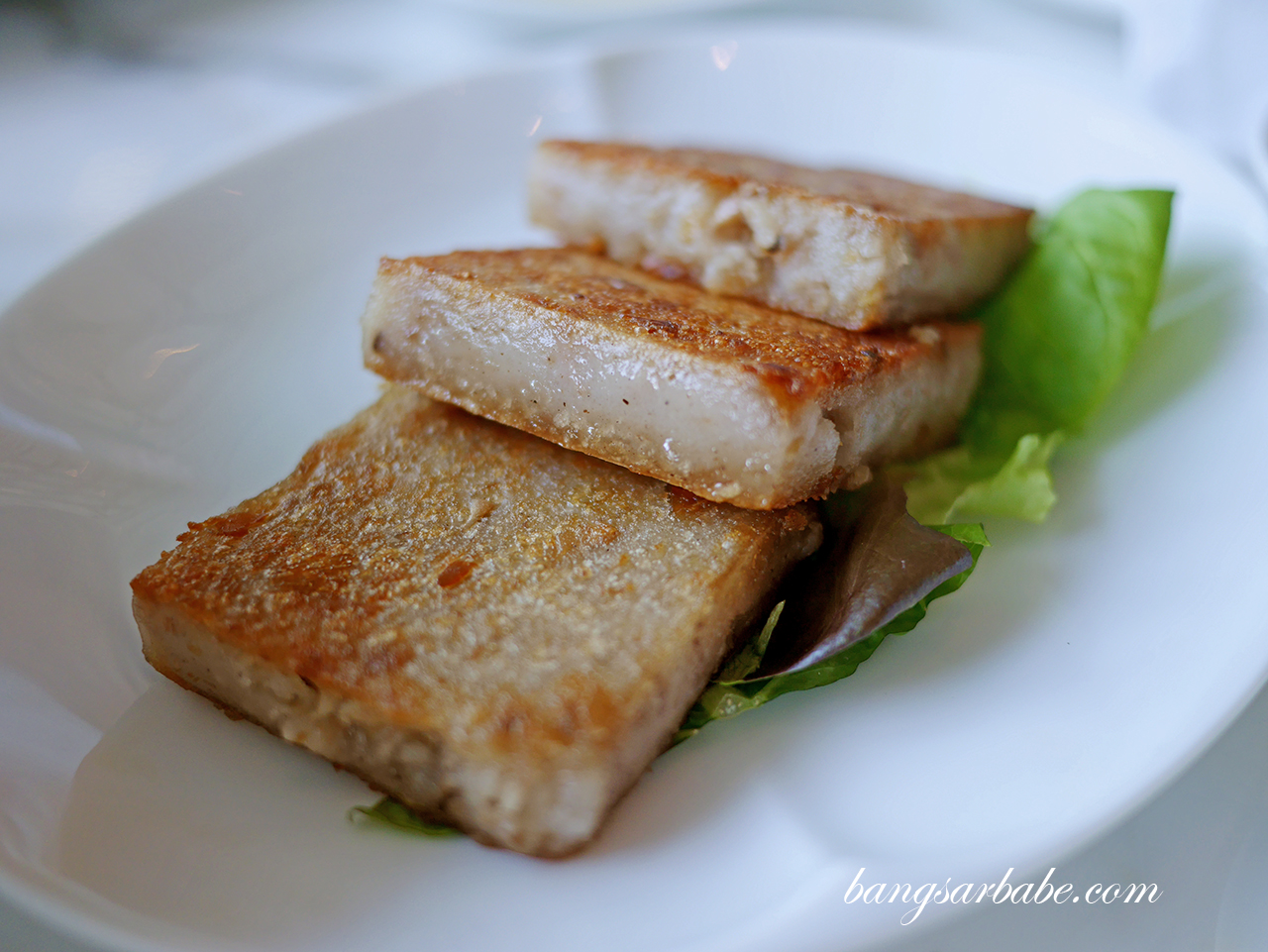 Steamed charcoal lava bun (RM21) comes with gold dusting on top, and inside, you get a pool of golden egg yolk liquid that oozes out as your teeth sinks into the bun. The bun was too chewy and I thought the egg yolk liquid could be more savoury. Yun House also offers specials of the day, like the pan-fried radish cake which boasts crisp edges and a soft, fluffy centre. 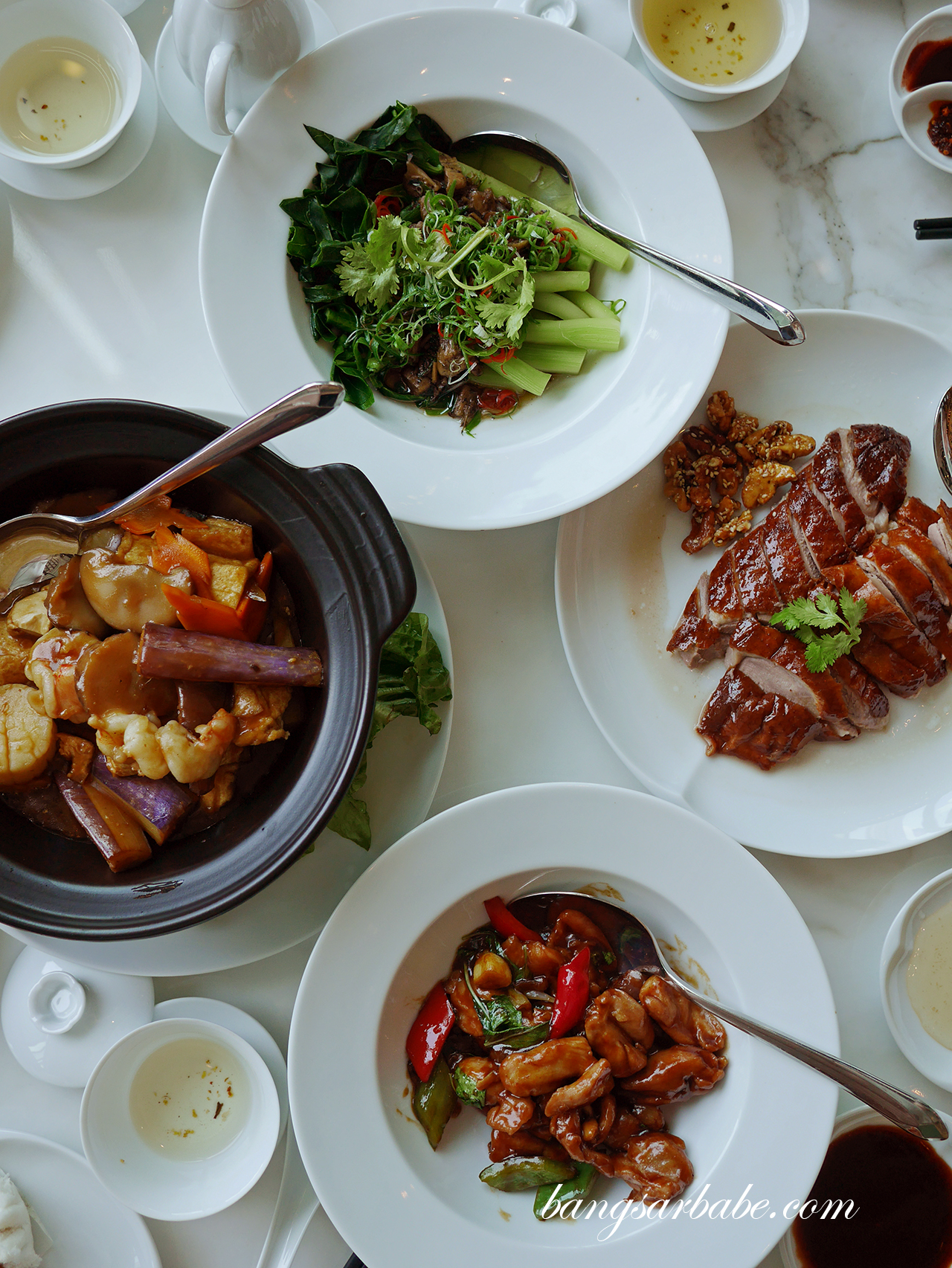 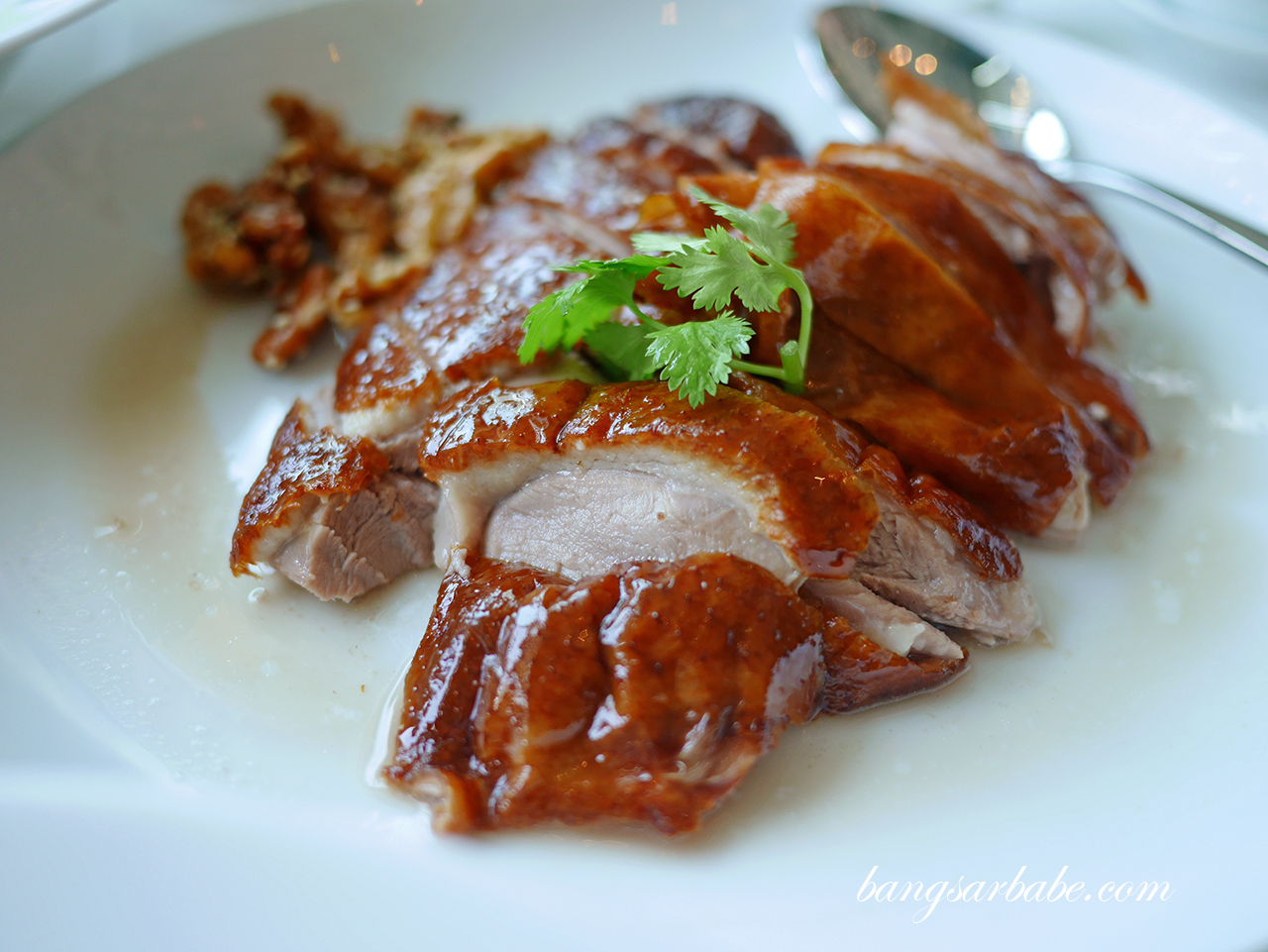 We went back for their dishes the following weekend as the Hong Kong style roast duck (RM88 – half, RM138 – whole) caught our fancy. The duck is good, but I was hoping for a crisper skin. That said, the meat was very tender and flavourful with barely any trace of gaminess. 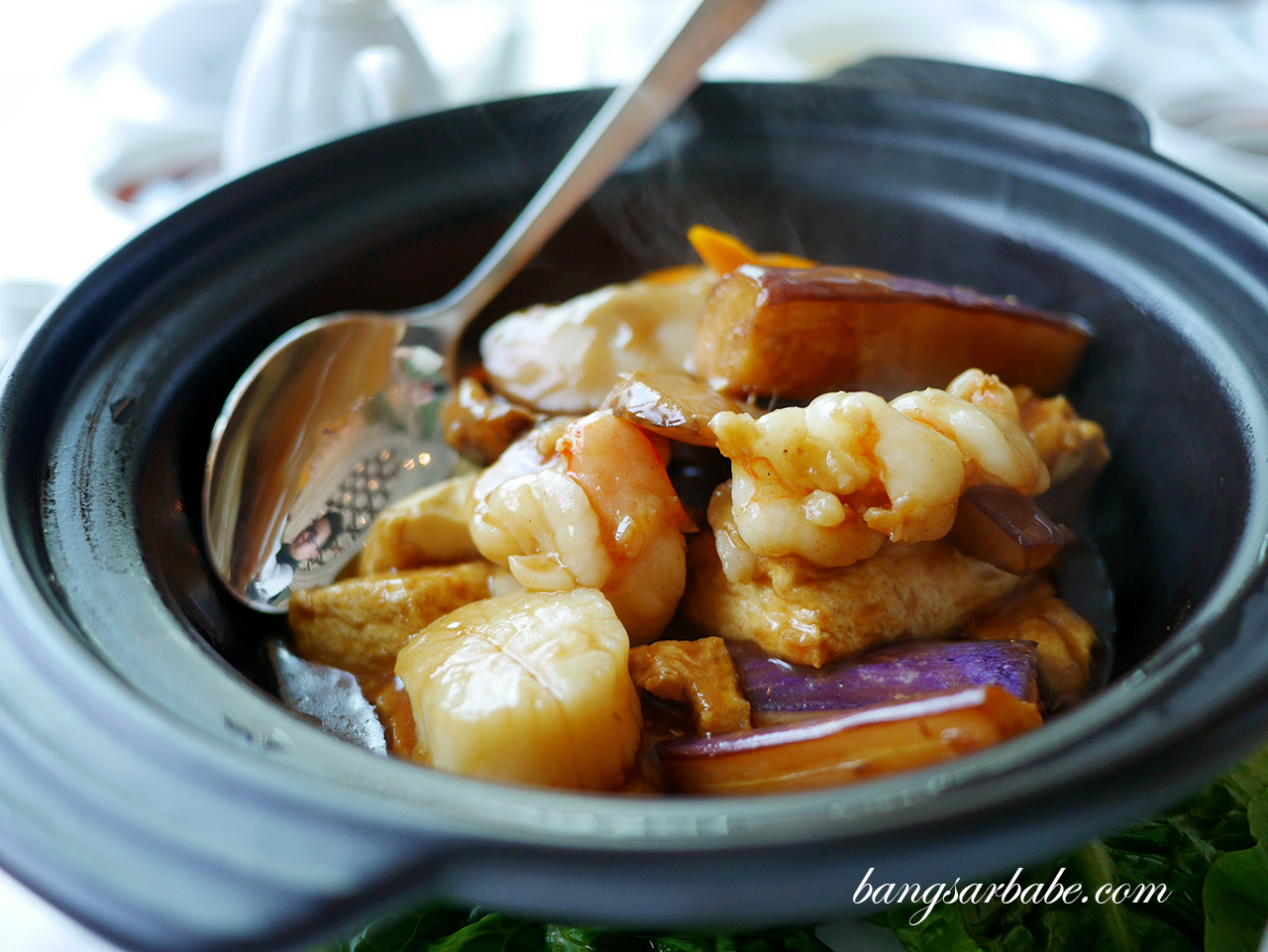 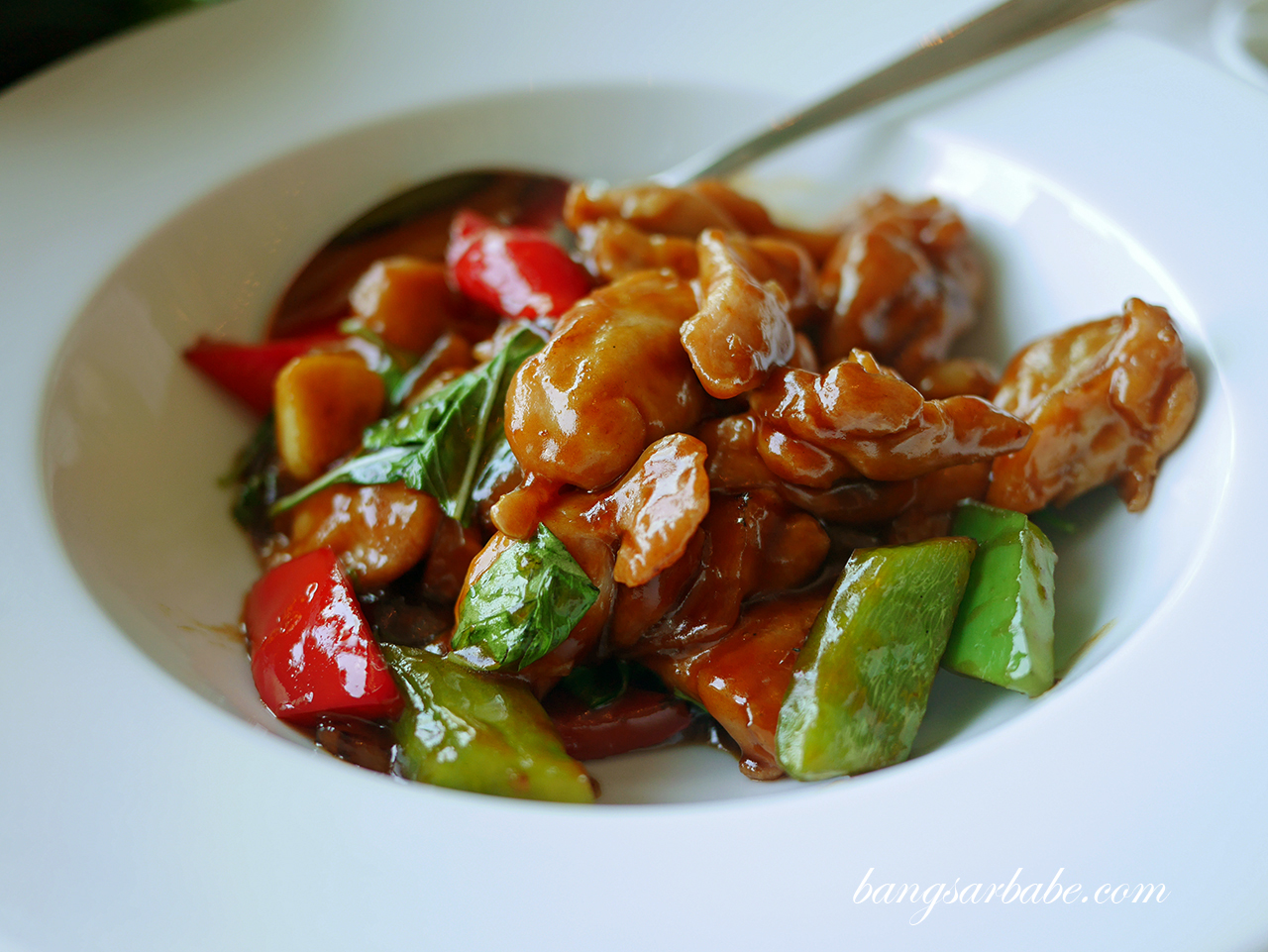 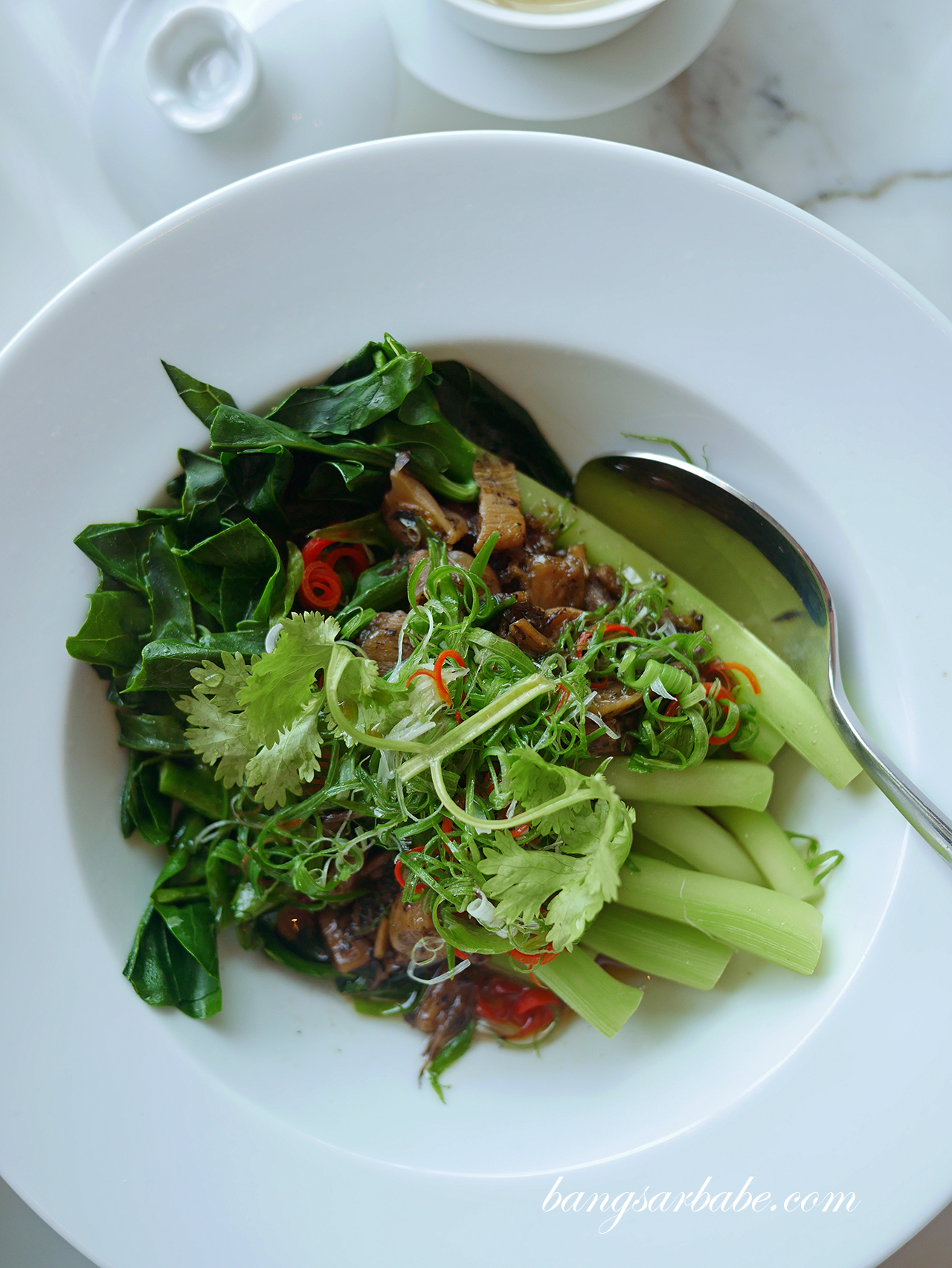 Even the simple chicken with basil was executed well — a Taiwanese favourite that begs are another bowl of white rice. The gravy is thick, well caramelised and packed with flavour. Hong Kong kailan with preserved vegetables seemed like a mismatch but they work well together. You get crunchy kailan with umami notes from the preserved vege — clever pairing.

The durian pancake is a must-order at Yun House, evident from the wafting smell throughout the dining hall. Almost every table orders one and I know for a fact if my dining companions only refrained from it for my sake. 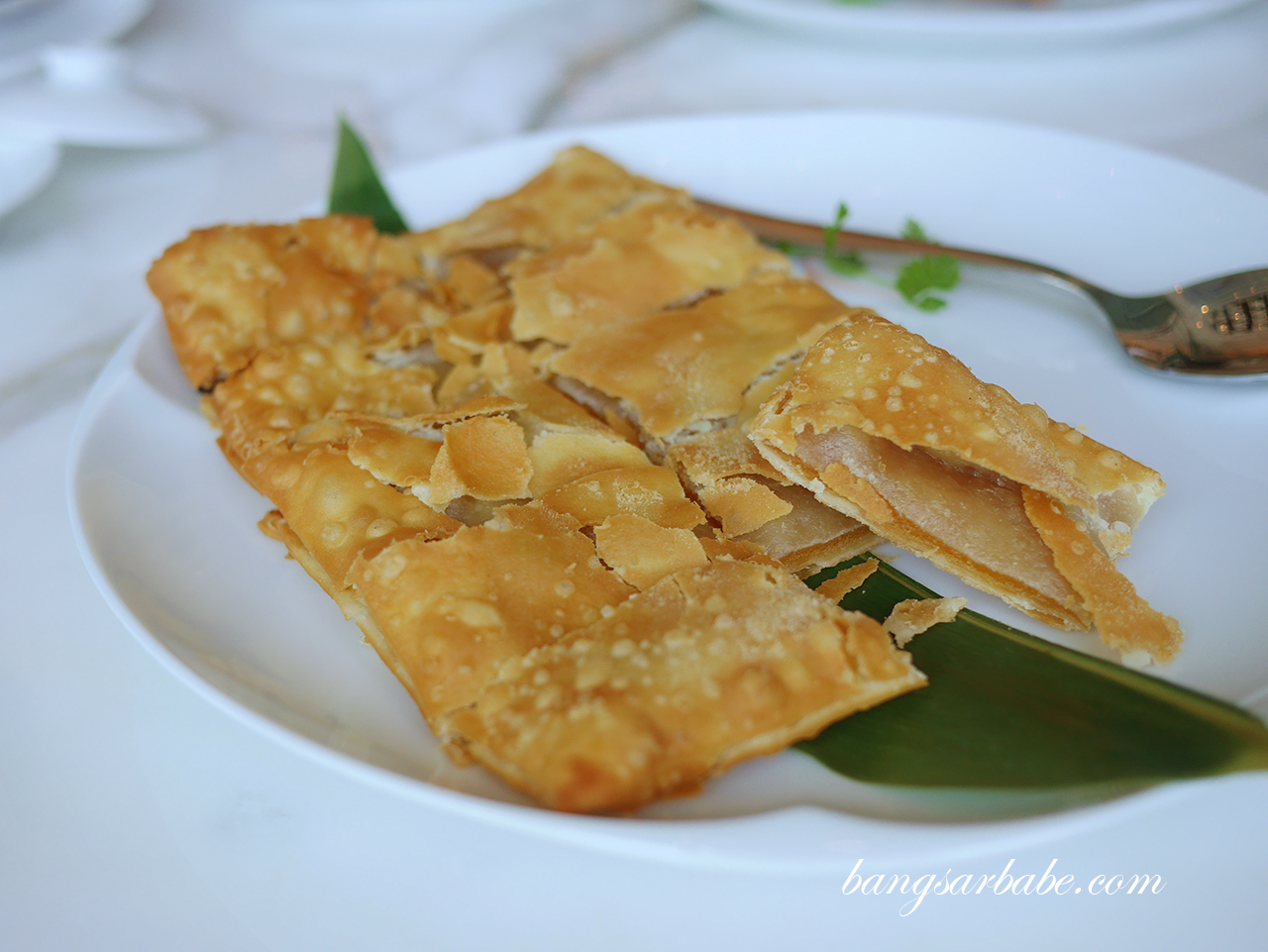 I did however, order the Chinese lotus pancake which looked plain but was one of the best I’ve eaten. Despite this being a deep-fried treat, the pancake had barely any oil trace and the skin was light and crispy.

My experience at Yun House has been pleasant overall. Food is good and service completes the dining experience. Expect to pay between RM100-150 per head, depending on what you order. If you ask me, it’s worth trying at least once. I think Yun House lived up to my expectation. ;)