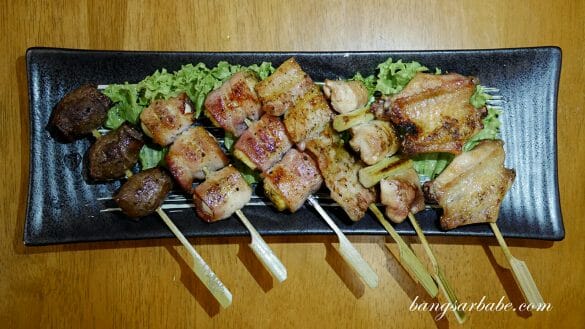 Robatayaki (炉端焼き) stands for “fireside-cooking” in Japan, a method where food on skewers are slow-grilled over hot charcoal. Robataya in Publika is known for its Robatayaki on top of an extensive offering of sakes and Japanese beers. 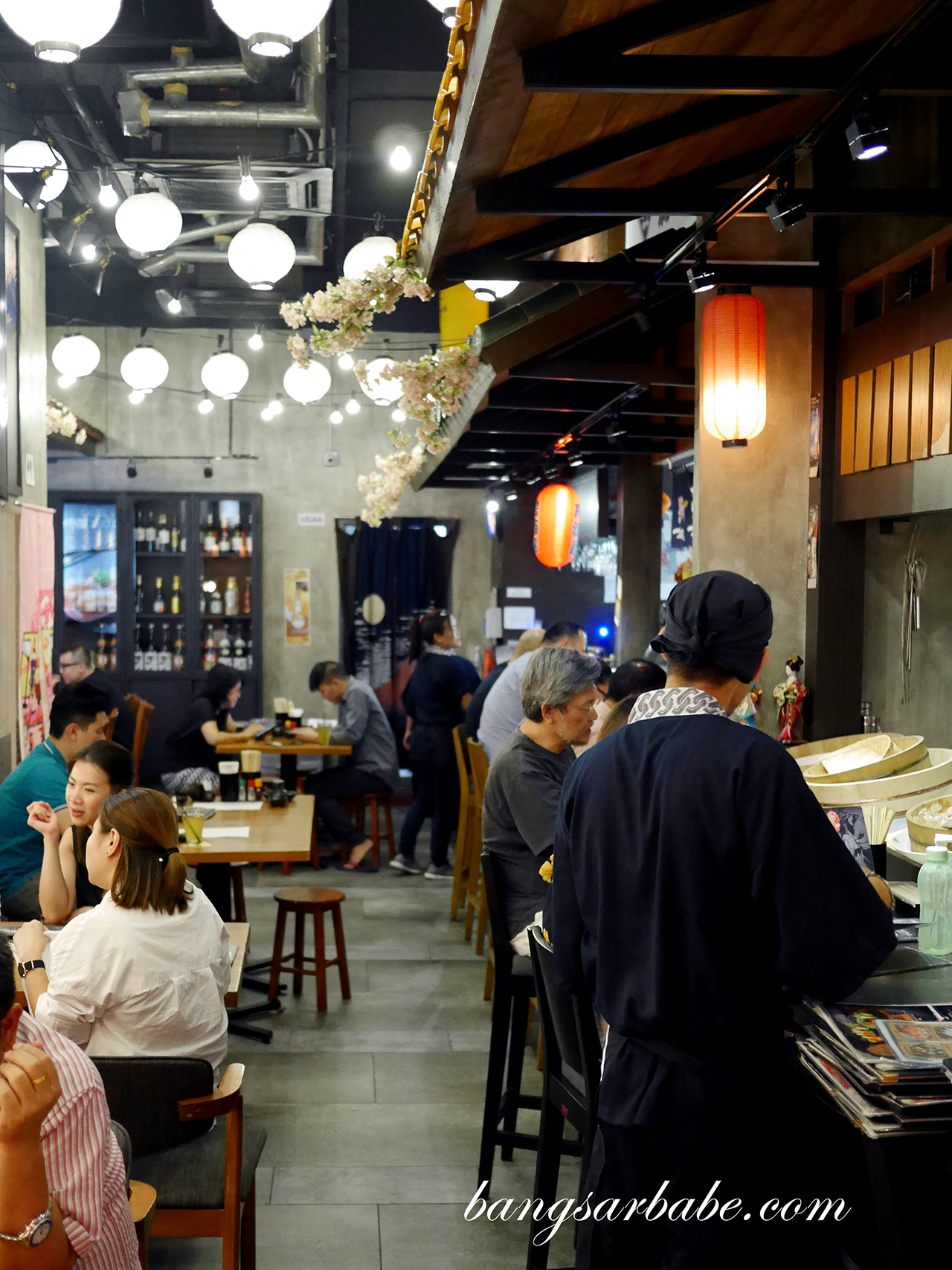 Expect to hear the staff call out “Irasshai!” as you walk into the restaurant — that means “welcome” in Japanese. Robataya is relatively spacious with a large counter by the right for sashimi preparation, sushi making, grilling and also drinks pouring. 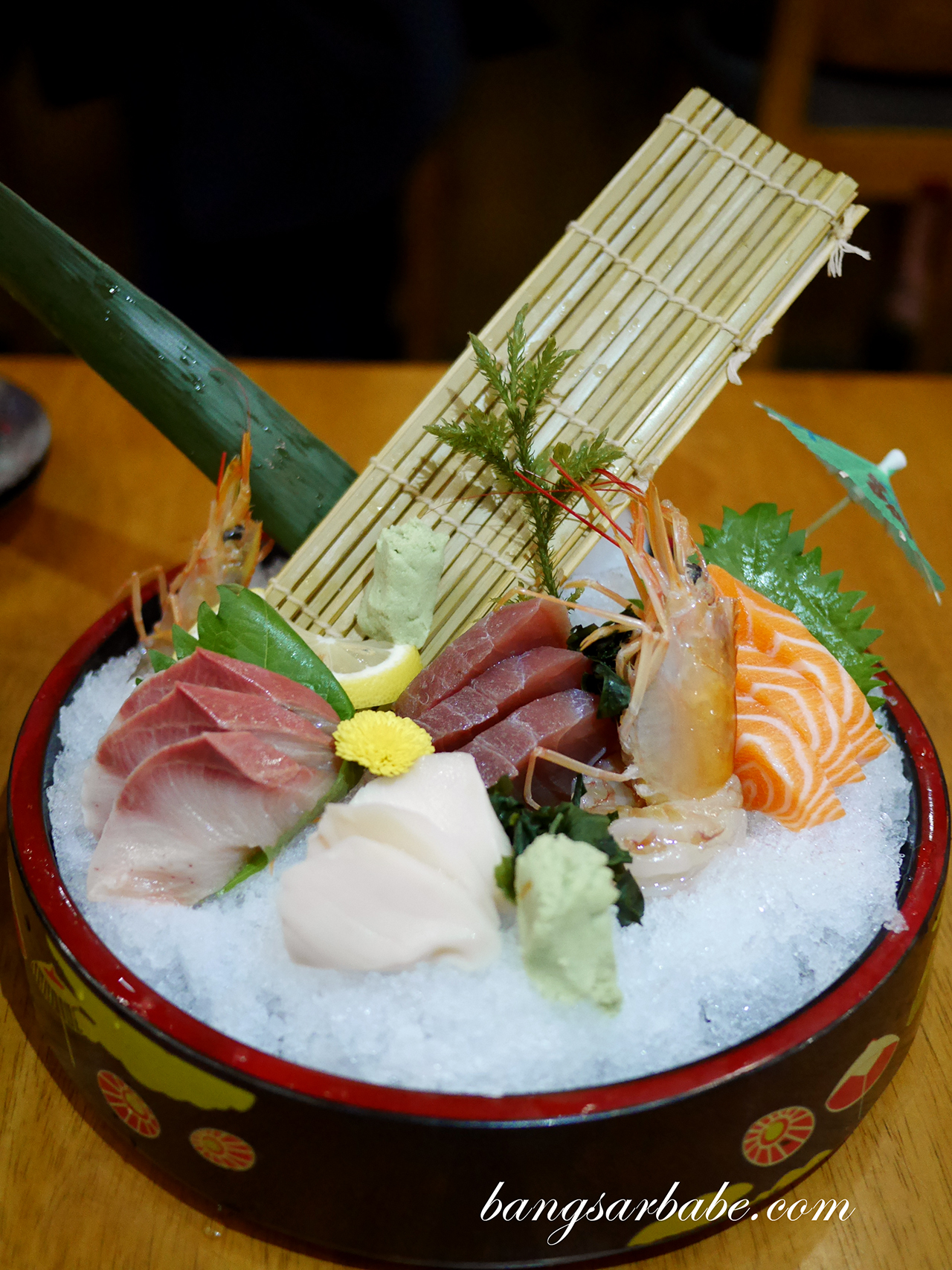 The crowd is strong on a weeknight; most of them have a pint of beer in their hand – unwinding from a long day just like in Japan. We started our meal with the Okan Sashimi (RM70 for 5 kinds of fish) and our platter came with salmon, bluefin tuna, butterfish, yellow tail and shrimp. Slices were thick and for that price tag, I found it good value for money. 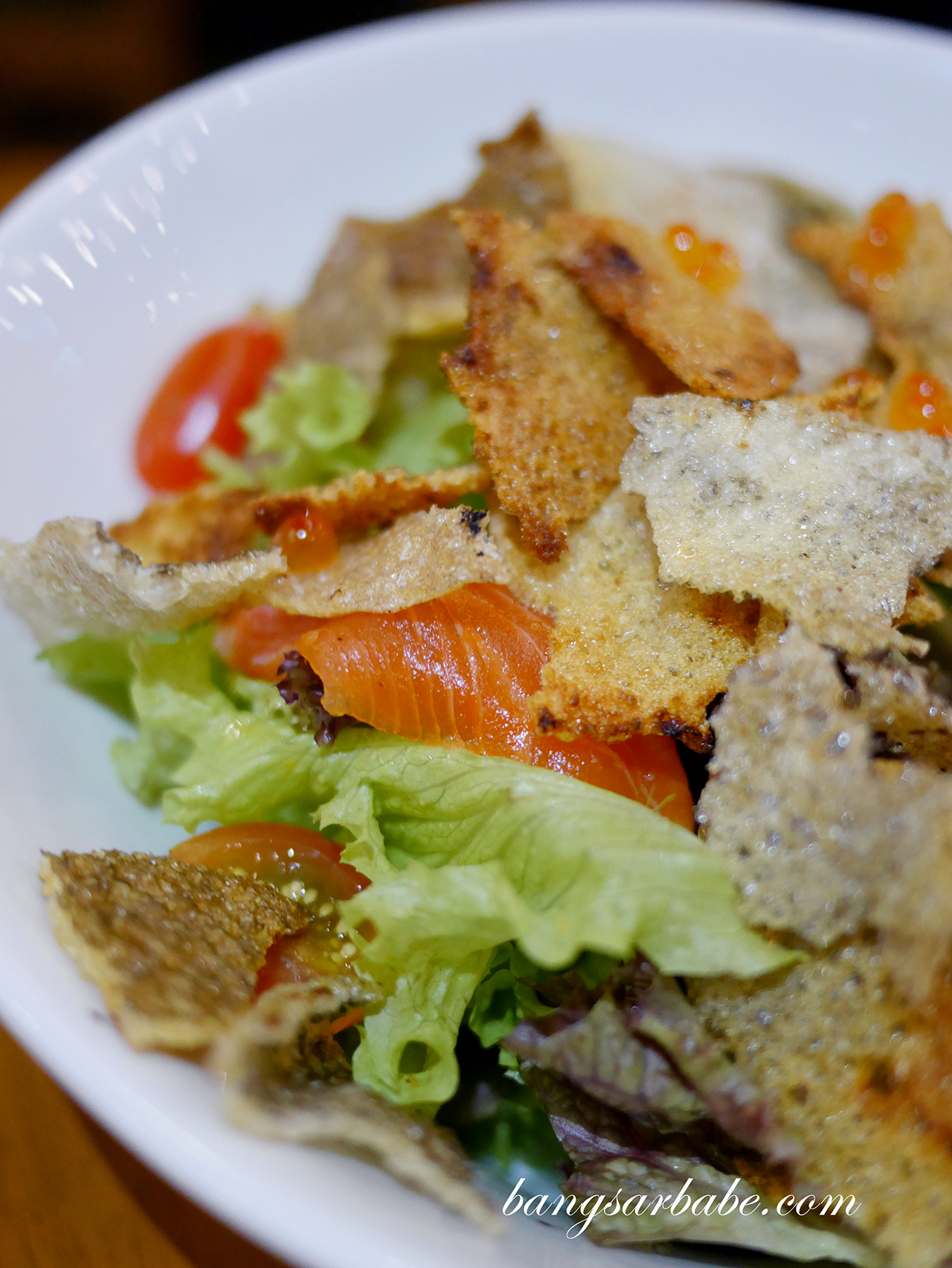 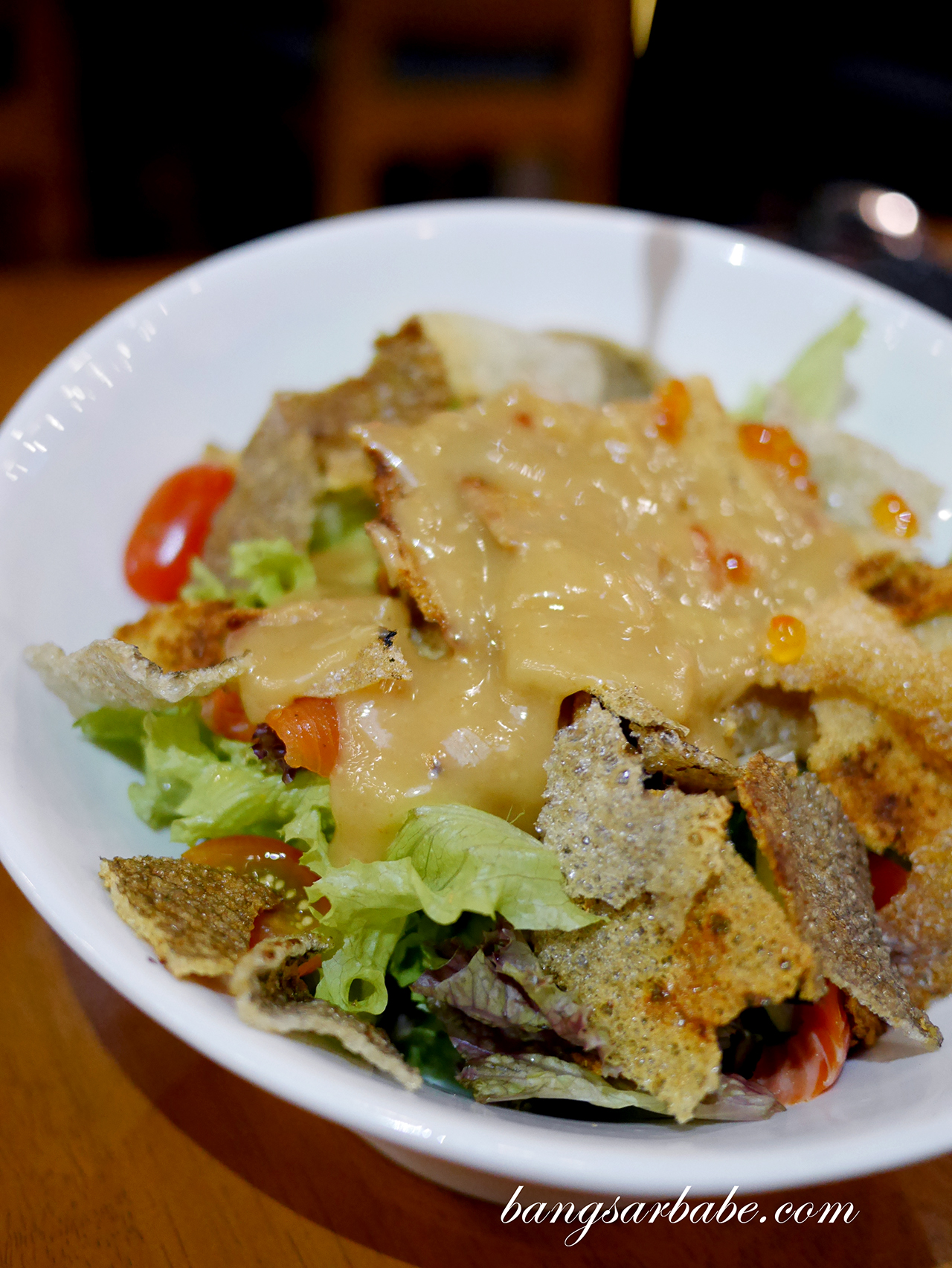 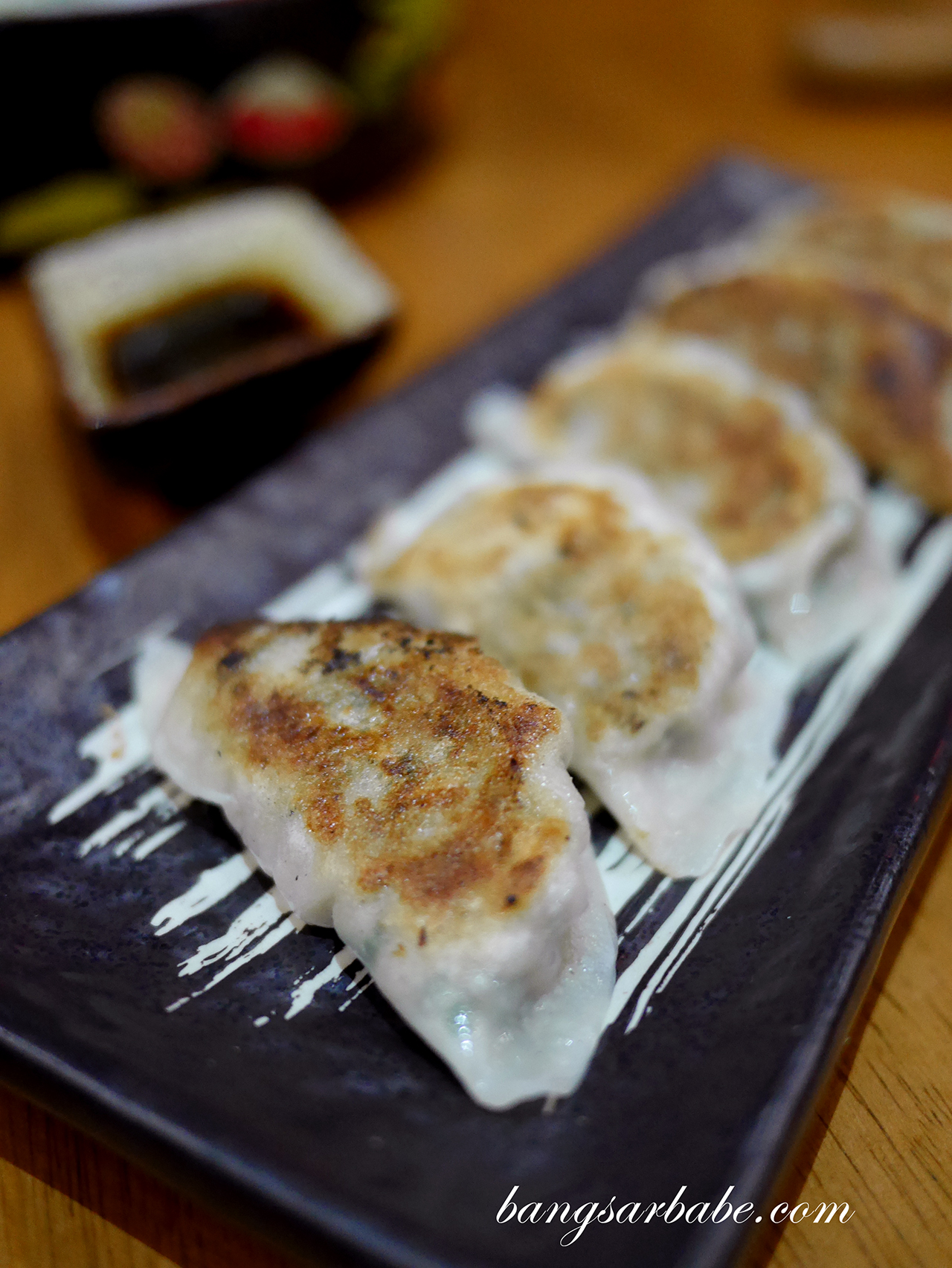 I enjoyed the Salmon Oyako Sarada (RM26) where you get slices of salmon, salmon roe and also crispy bits of salmon skin with garden greens. This came with sesame dressing for a coat of creaminess. The Gyoza (RM10) was filled with minced pork and diced vegetables for crunch. It wasn’t much to shout about but it made a good enough snack. 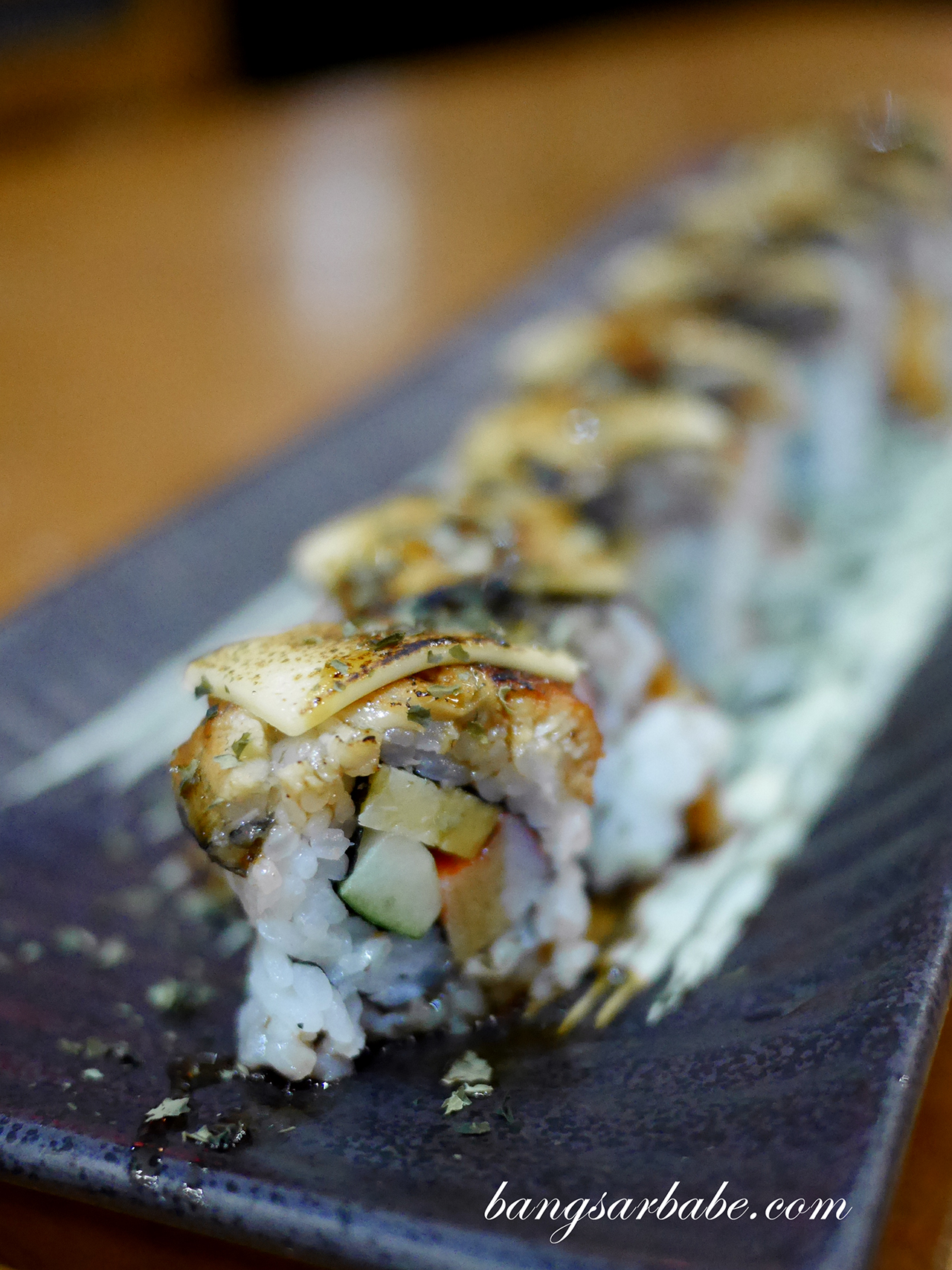 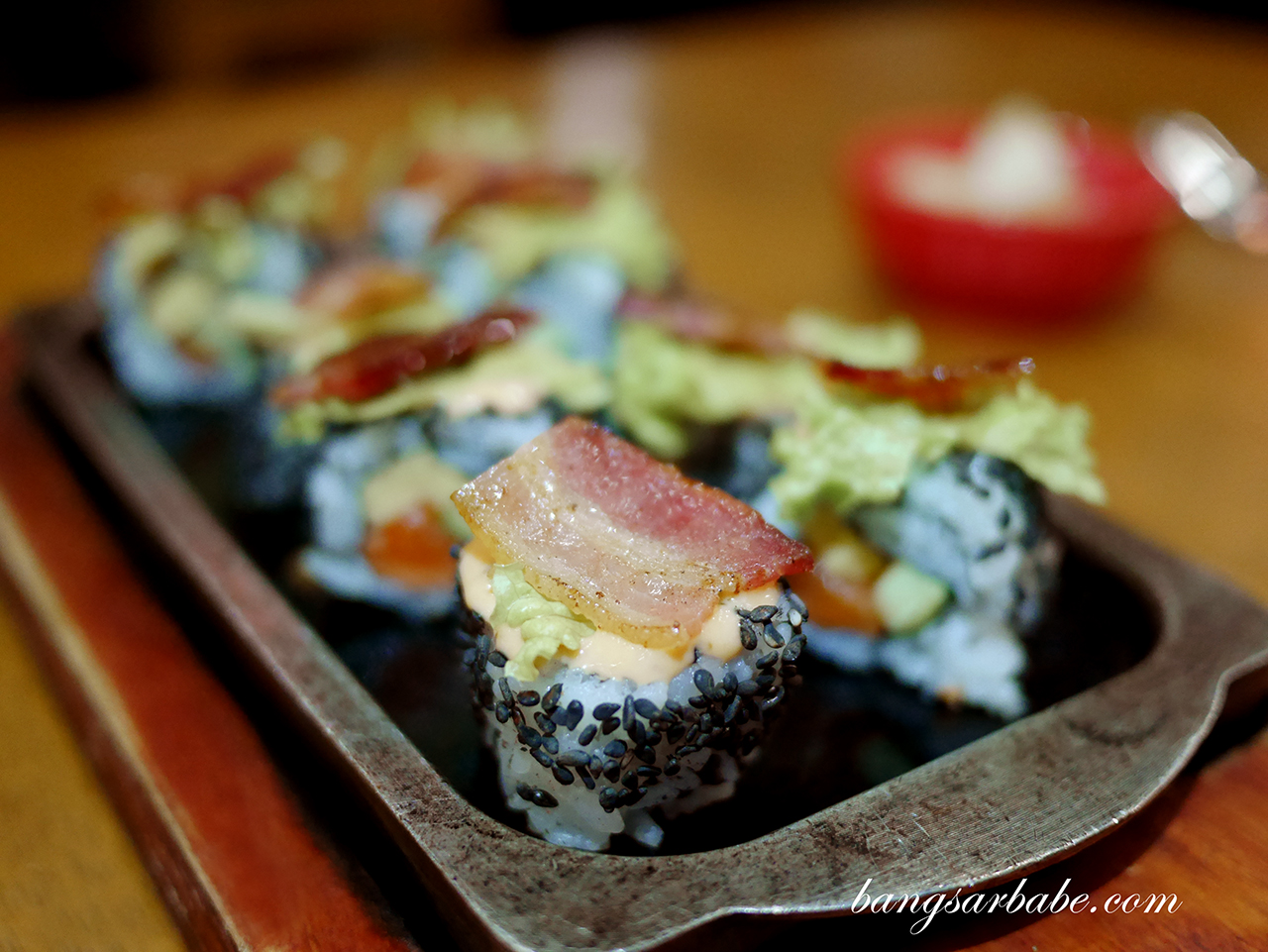 We tried two of Robotaya’s special rolls that night – the Robataya Teppan Roll (RM28) and Una Chizu Roll (RM25). The teppan roll comes with salmon sashimi at the centre, topped with mentai and grilled bacon. I liked this better than the eel cheese roll, which tasted a bit bland in comparison. The unagi wasn’t as caramelised as I’d like it to be, so it didn’t give enough depth to the sushi roll. 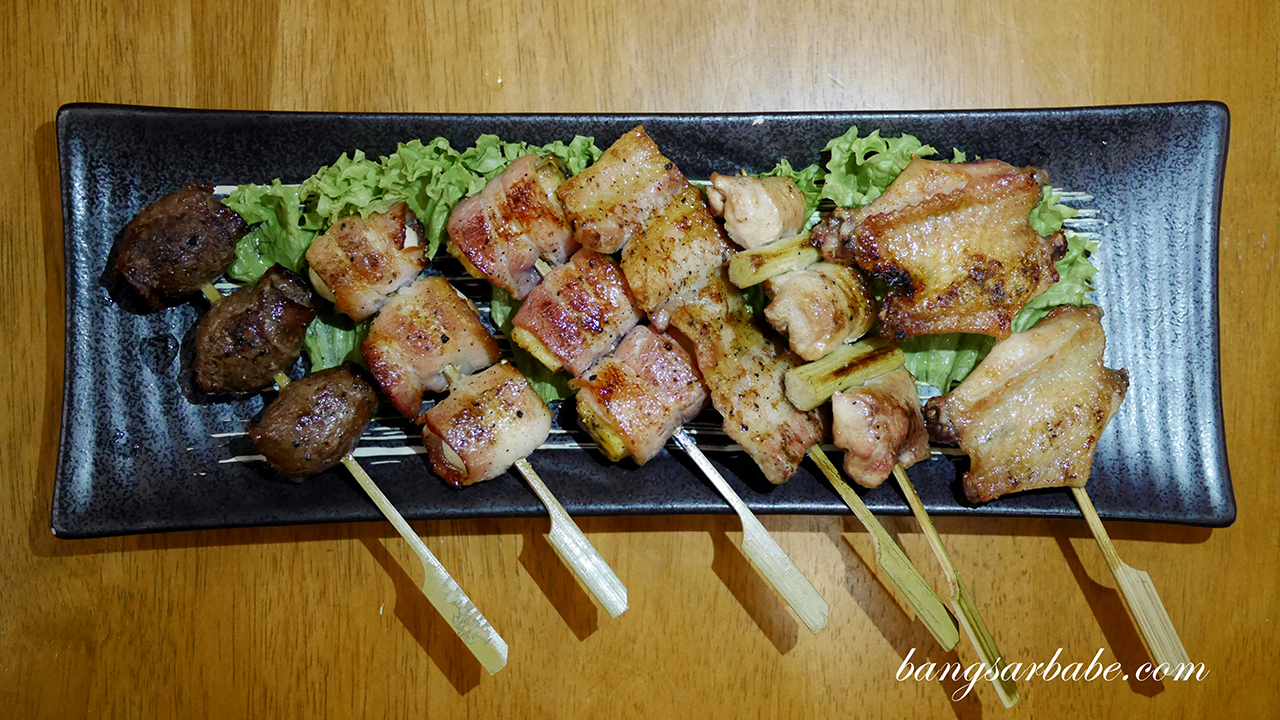 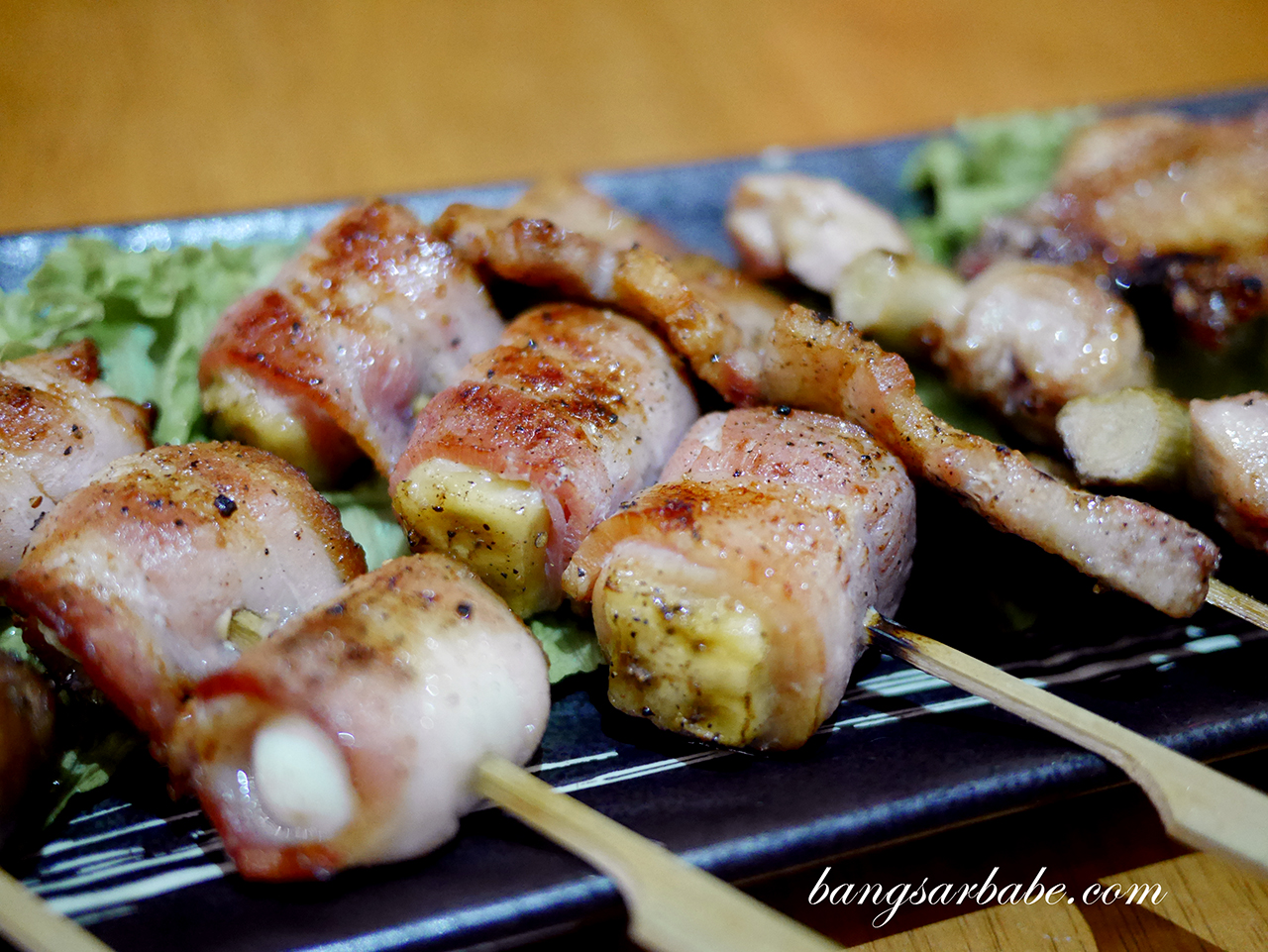 Skewers are a popular option at Robataya and my favourite of the lot happens to be the house special – banana bacon (RM6). You get banana wrapped in bacon and the latter is grilled to crispy perfection while the banana softens with the heat and releases a delicious sweet flavour. 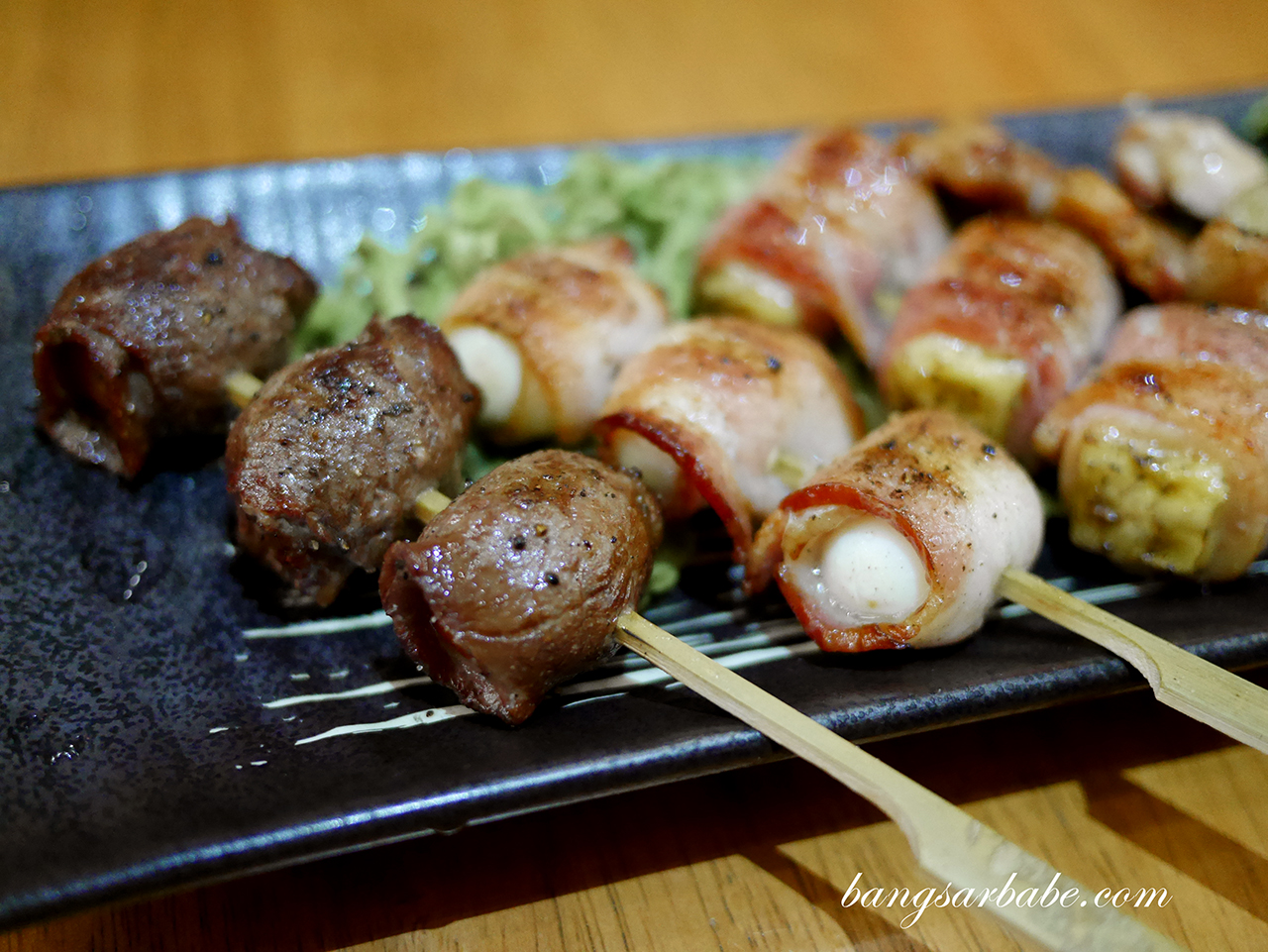 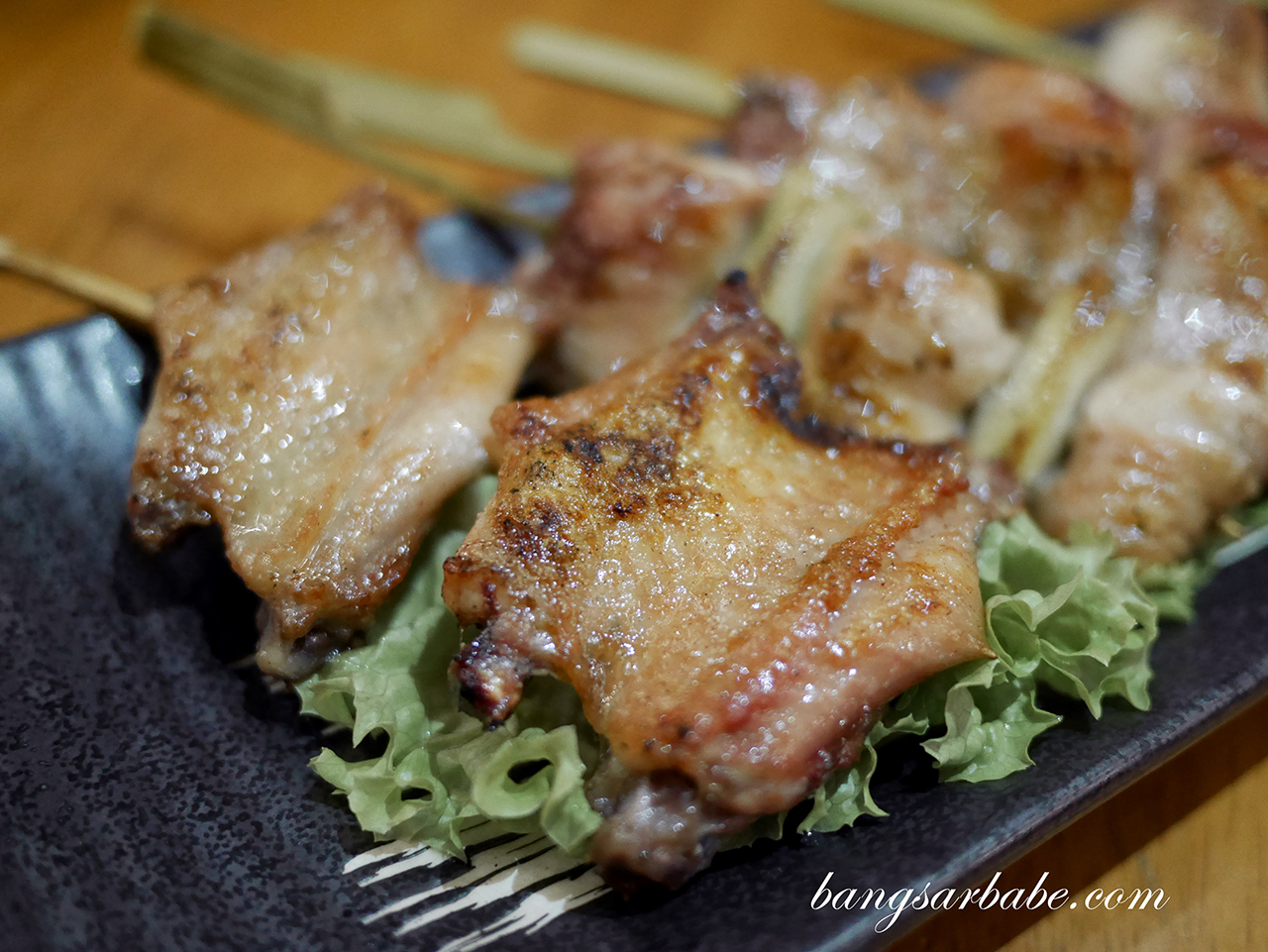 Other options include the Buta Bara also known as pork belly (RM6), beef wrapped tomato (RM7), chicken with leek (RM5), bacon with quail egg (RM6) and chicken wings (RM6). They paired really well with the Suntory beer we had that night, which is from the tap. Crisp and refreshing! 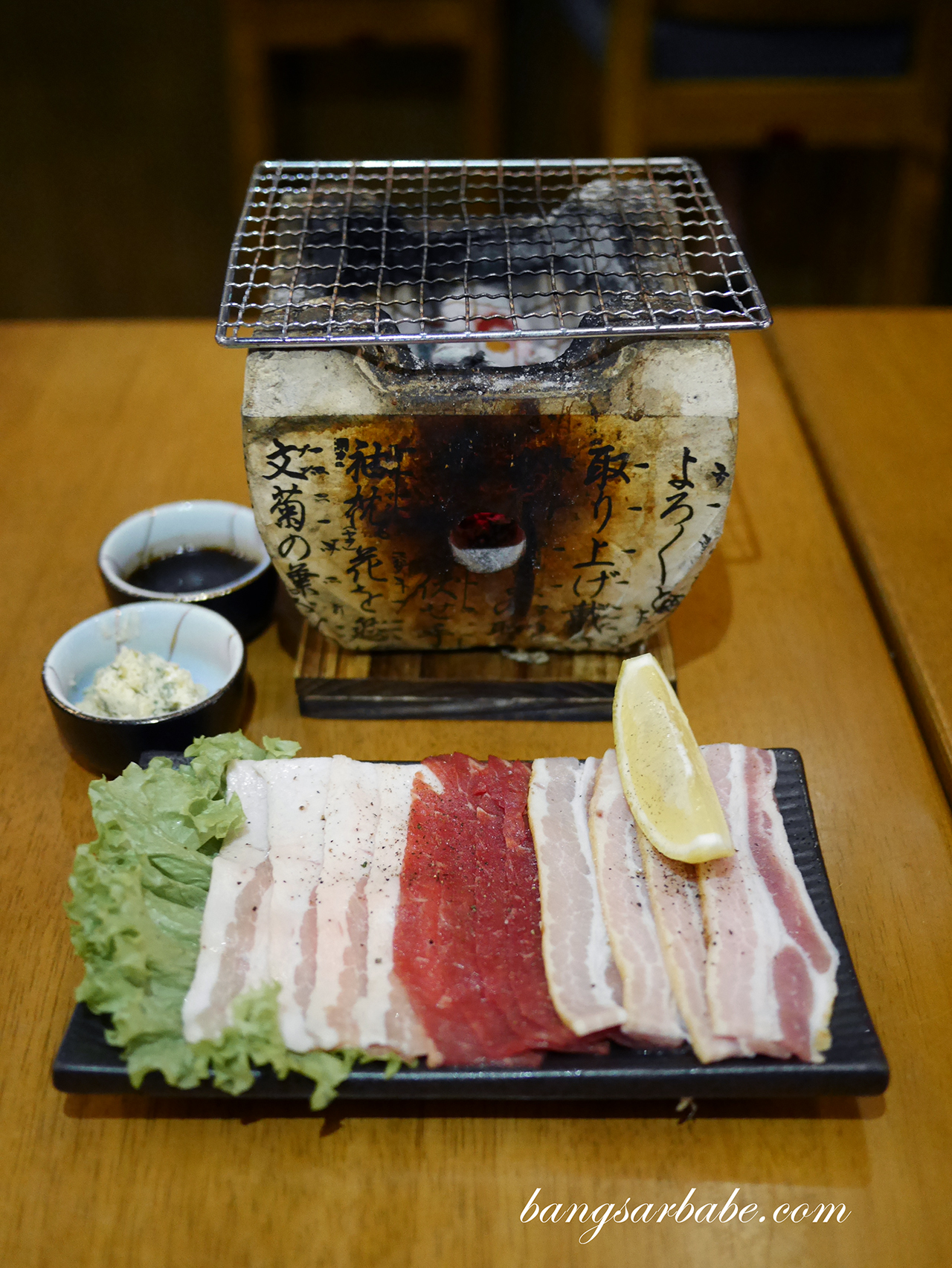 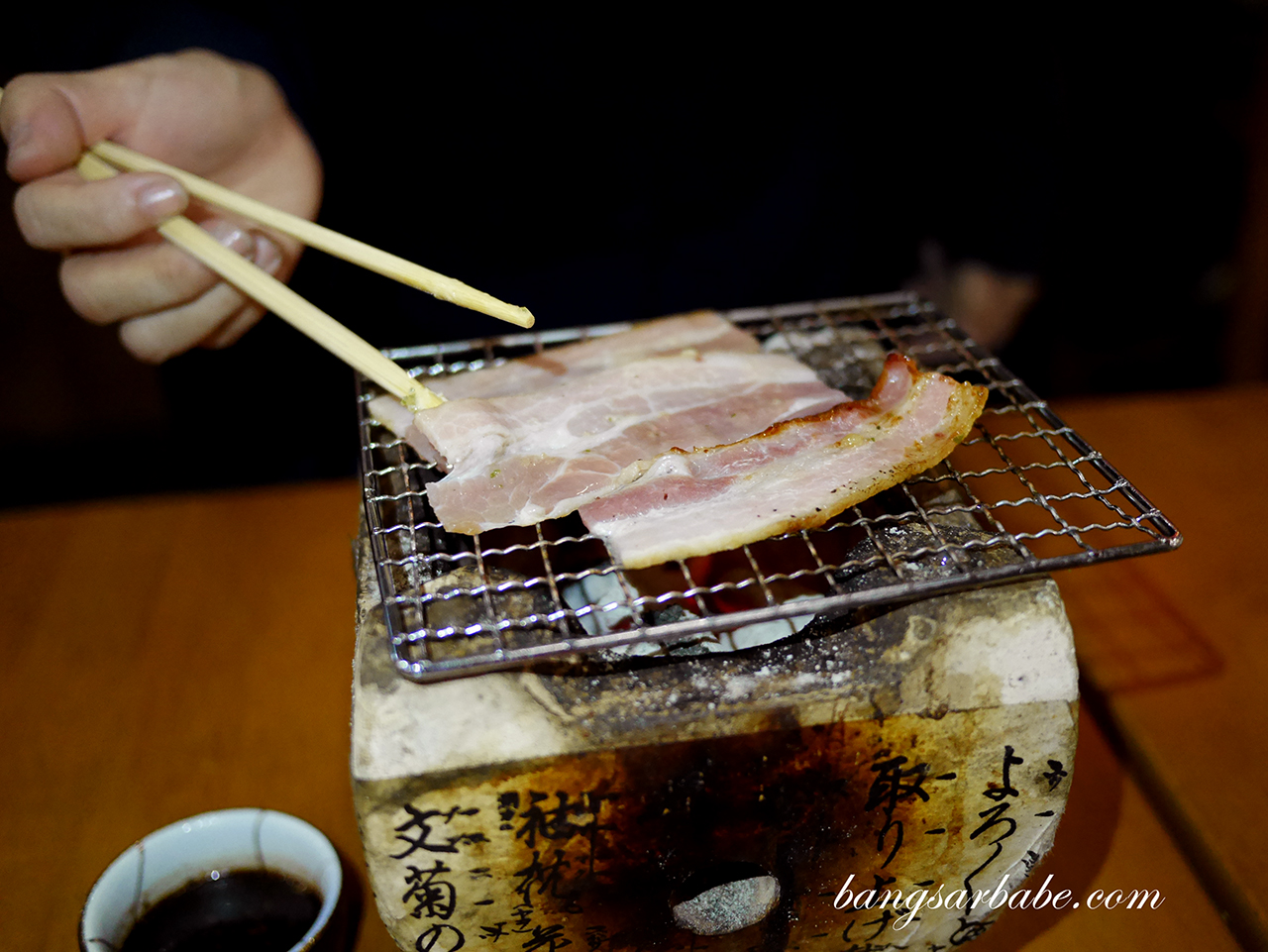 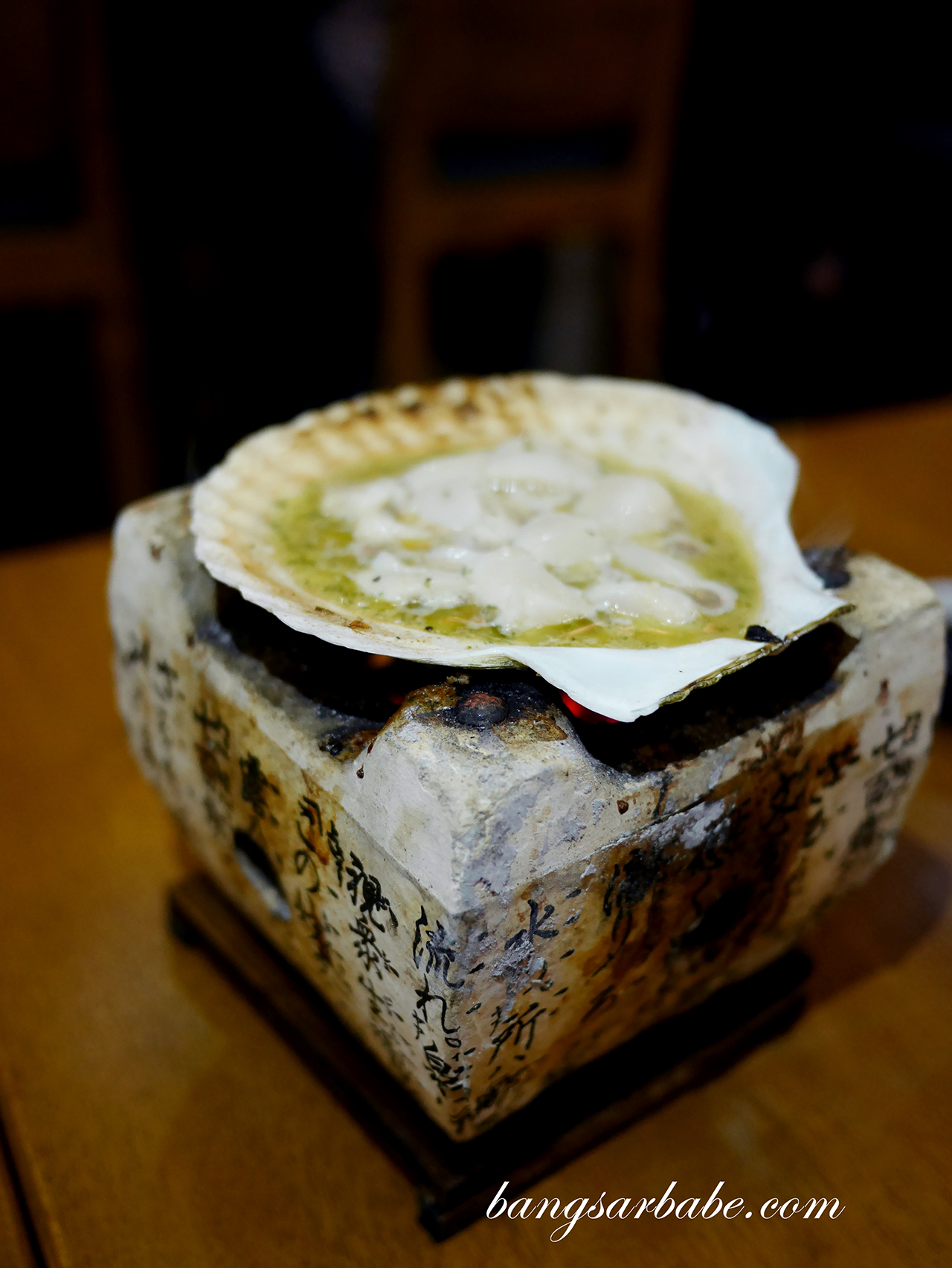 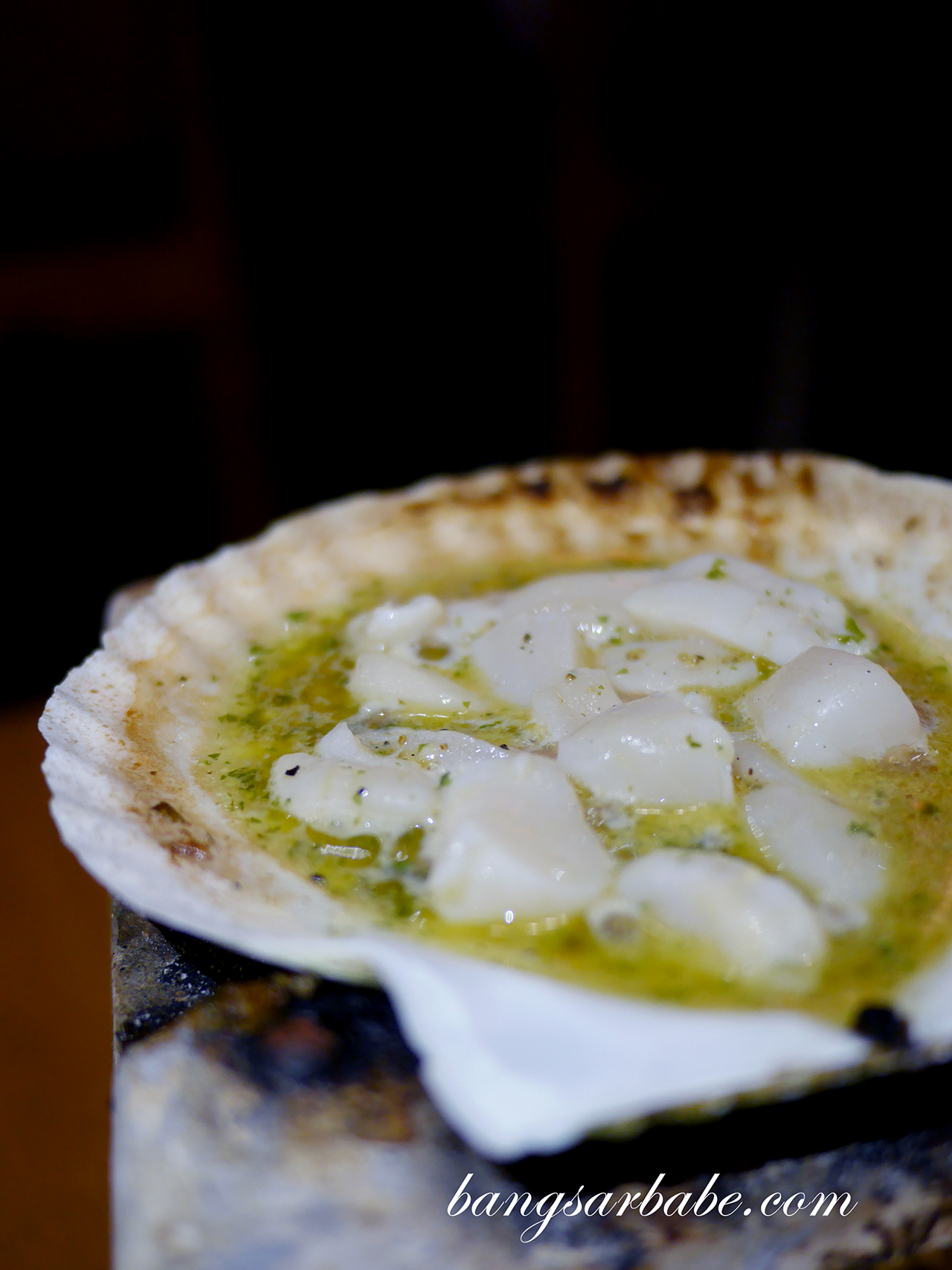 There’s also a grill it yourself option – San Ten Zeppin (RM55) and Hotate Butteryaki (RM58). The latter was fresh scallops cooked in butter sauce till it thickens – delicious stuff. Between the meat options for San Ten Zeppin (pork belly, pork bacon and Australian beef), I liked the belly best. It charred beautifully on the grill, rendering crisp edges and a tender centre. 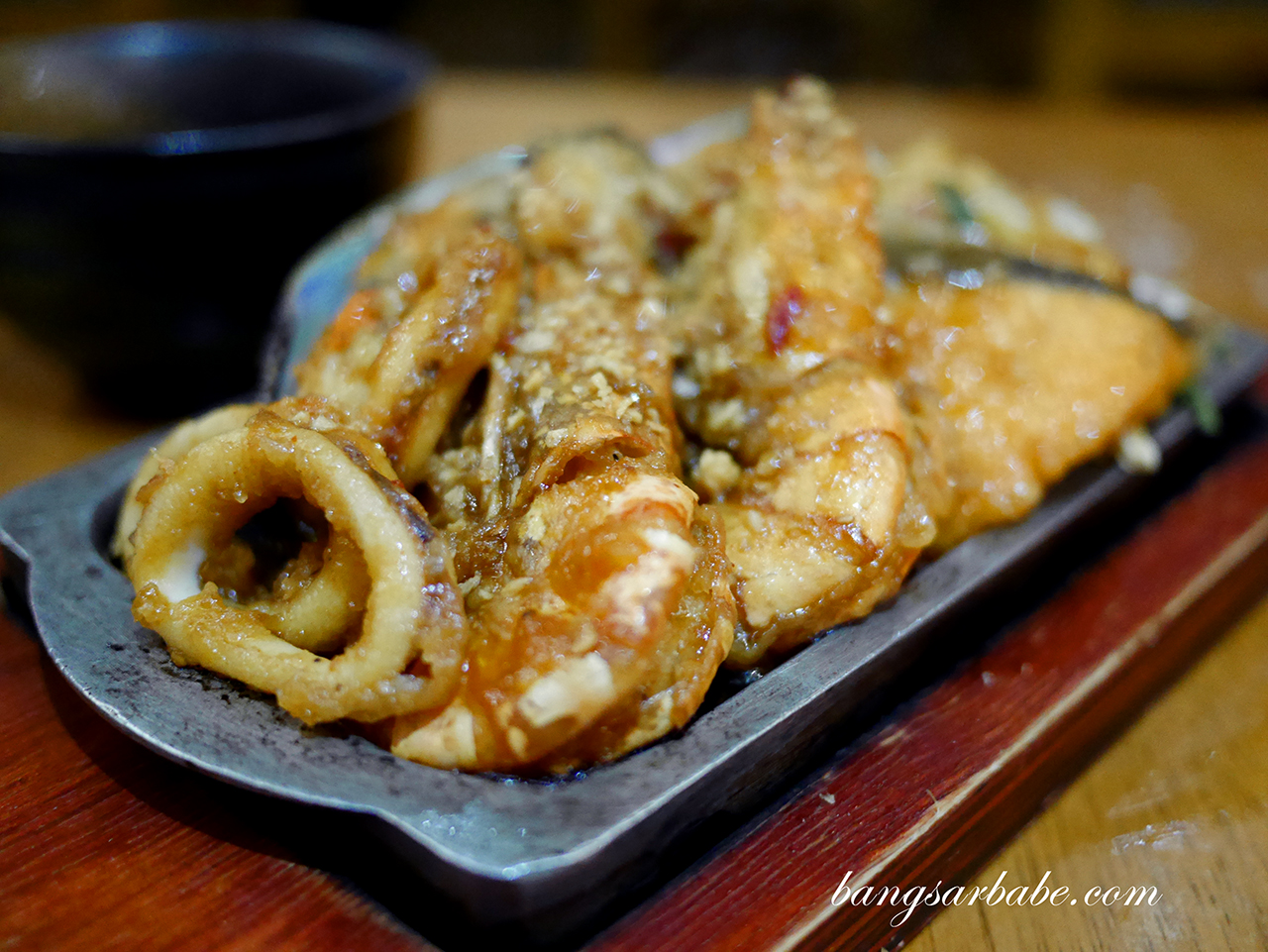 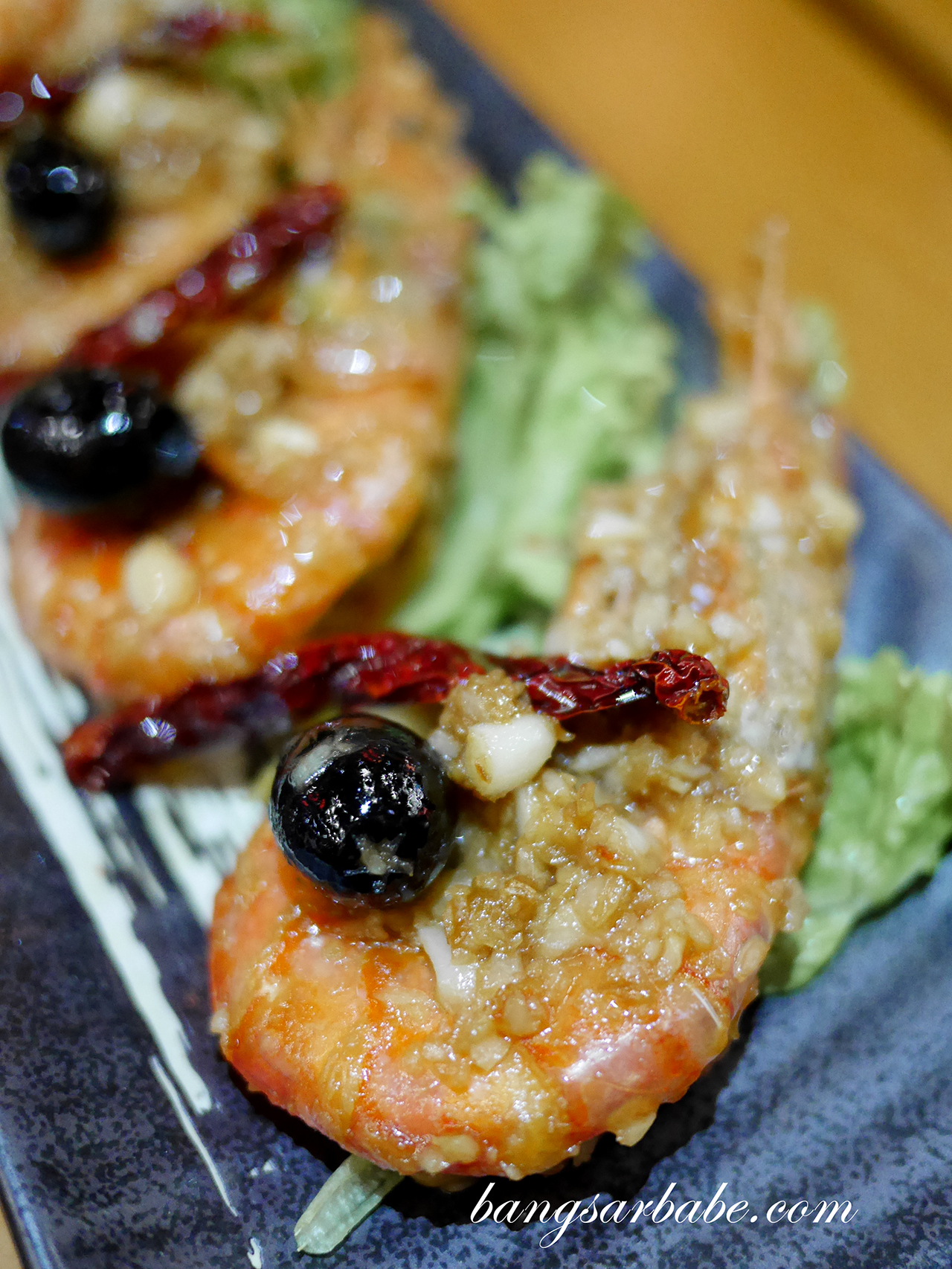 Truth be told, I didn’t think the Teppan range was much to shout about. Both the Teppan Seafood (RM49) and Akaebi Olive (RM42) had similar flavour. The teppan seafood had too much garlic in the mix, while the prawns for the latter were overcooked to a point it was powdery. 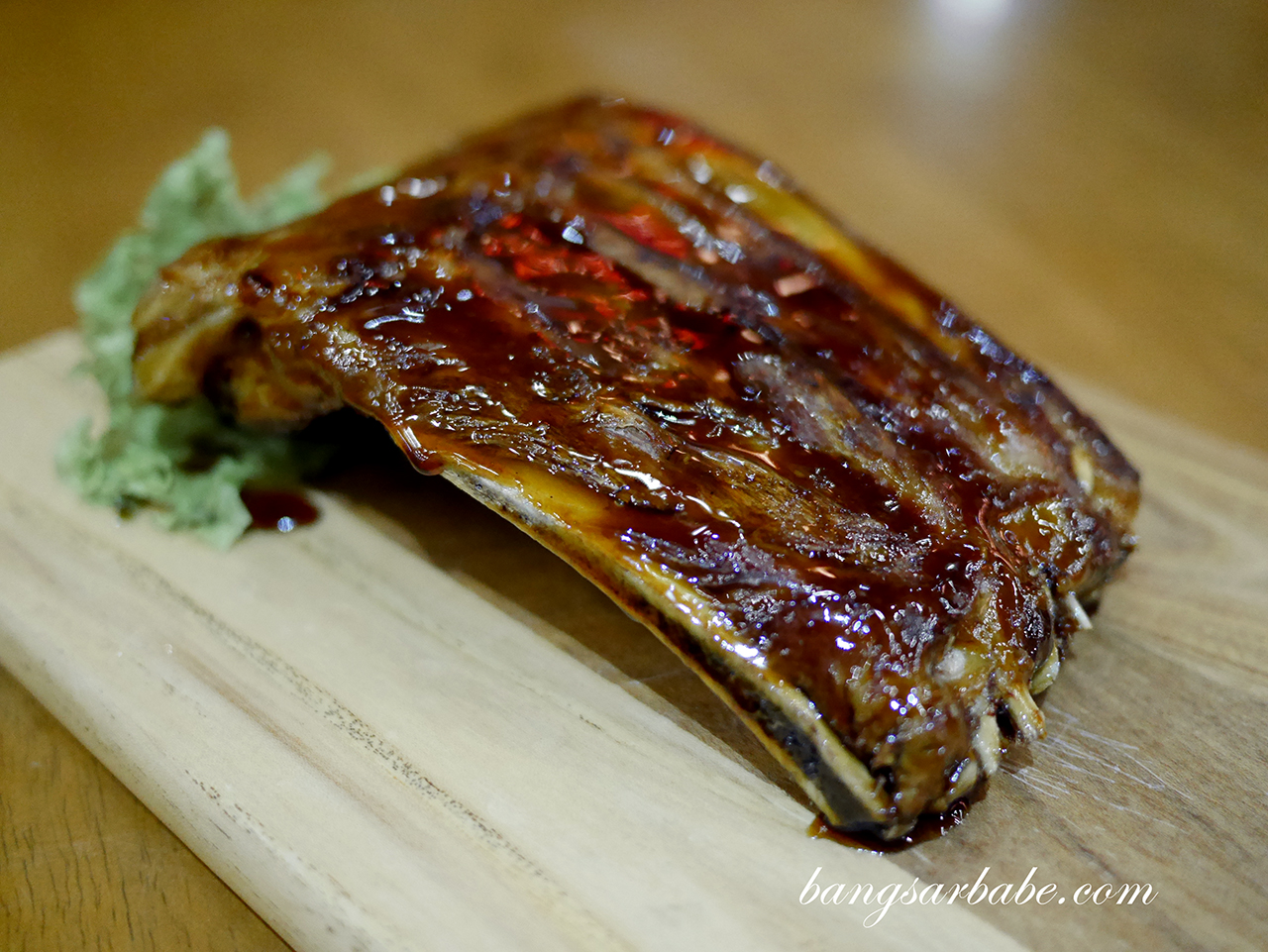 The Spare Ribs Teriyaki (RM33) was a tad dry and the marinade was only surface deep. I found the centre lacking in flavour so while the outer edges of the rib were nicely caramelised, the experience stopped there. 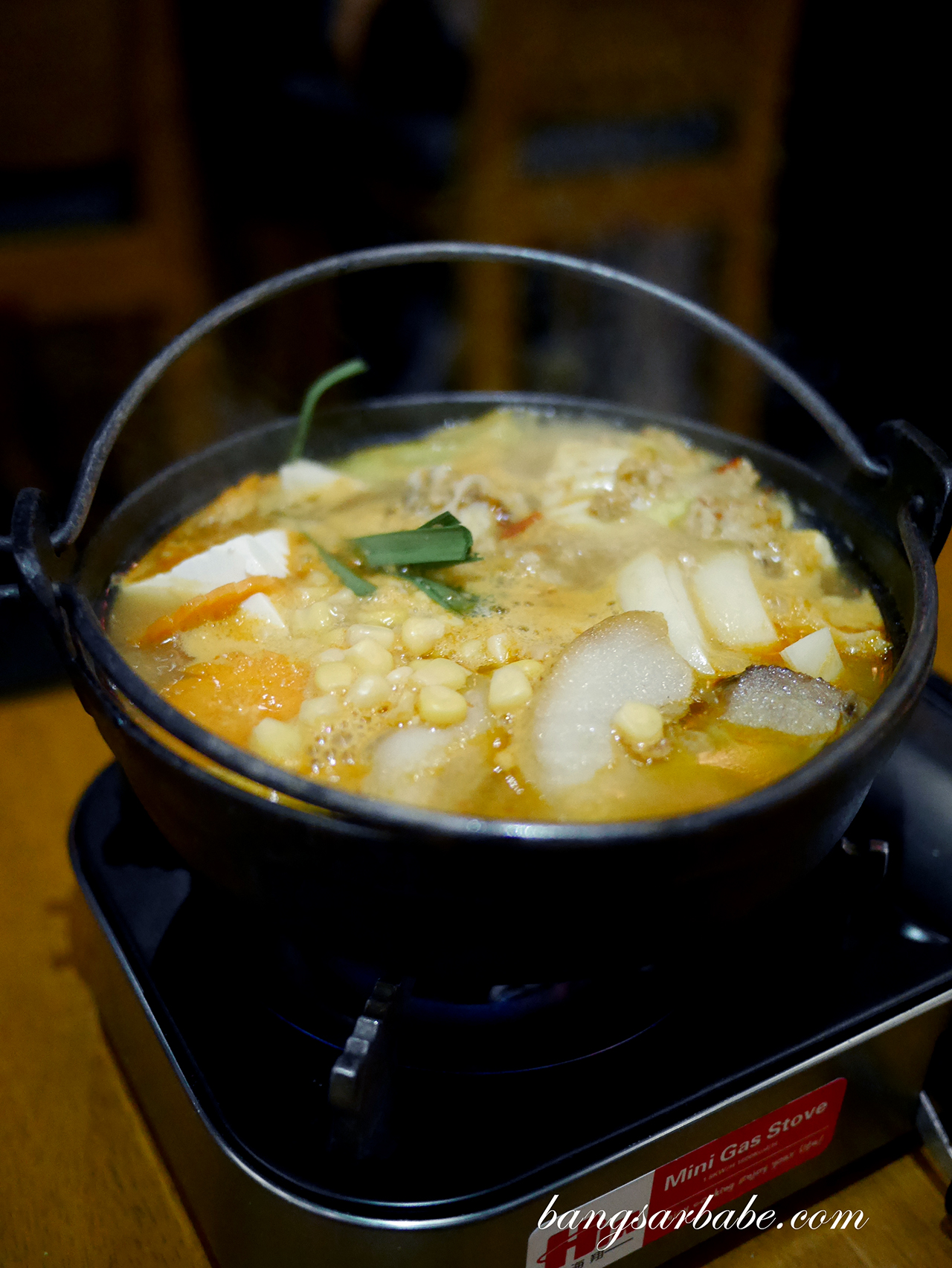 The Hokkaido Nabe is good for 2-3 pax and features slices of pork in miso broth accented with melted butter and corn. It’s sweet-savoury, with a richness from the pork fat, butter and also vegetables. Not my kind of hotpot as I like my broth savoury and laced with pork fat, but this was a nice change to the norm. 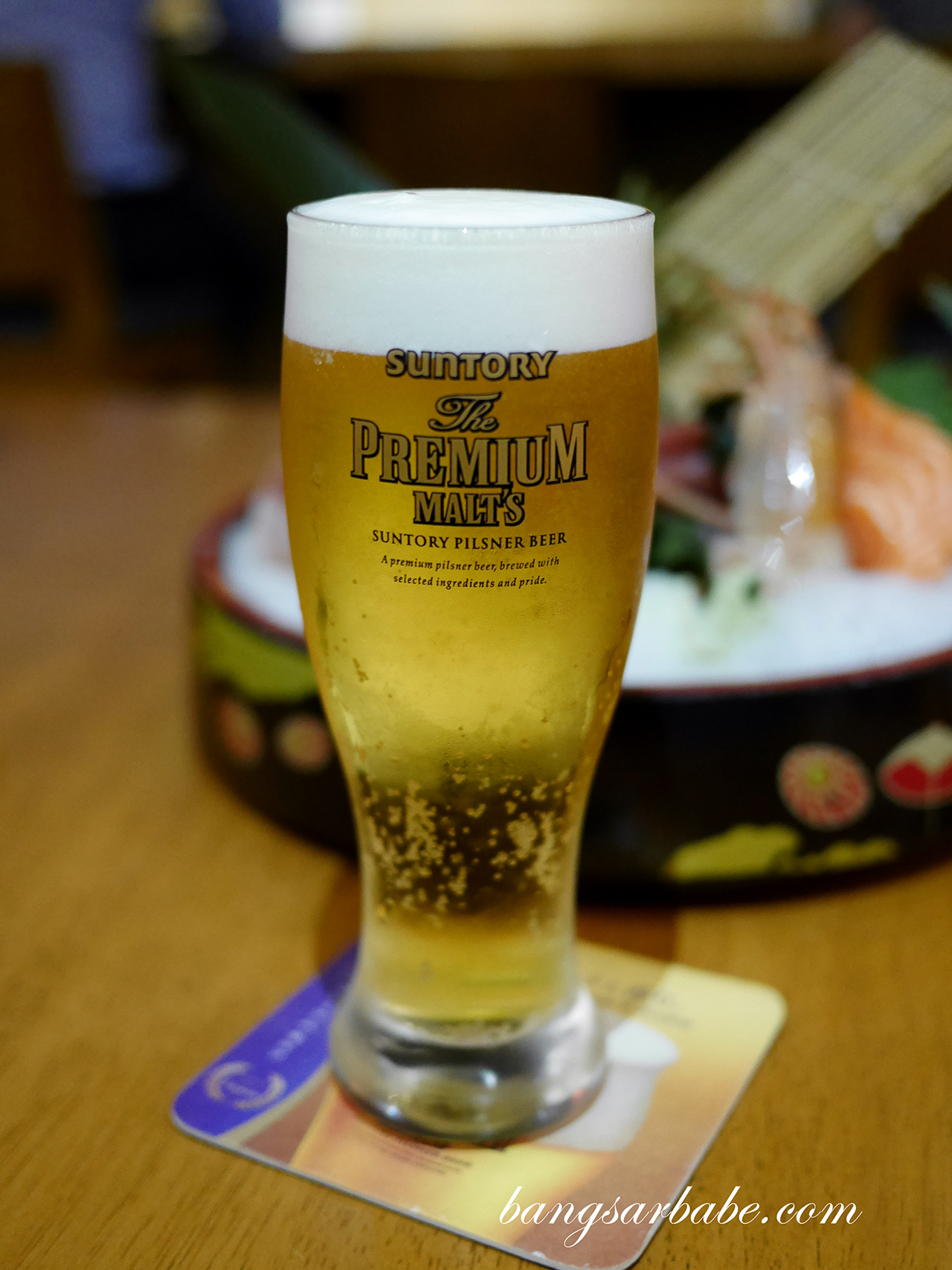 All in, I found the food at Robataya decent though there were a few misses, mainly in the Teppan section. That said, it is a good spot for those looking for an Izakaya experience.

Ambiance: 6.5/10
Price: 6/10
Food: 6/10 (non-halal)
Verdict: Prices are reasonable, but there were a few misses. Try the salmon salad, sumiyaki and also the skewered items. 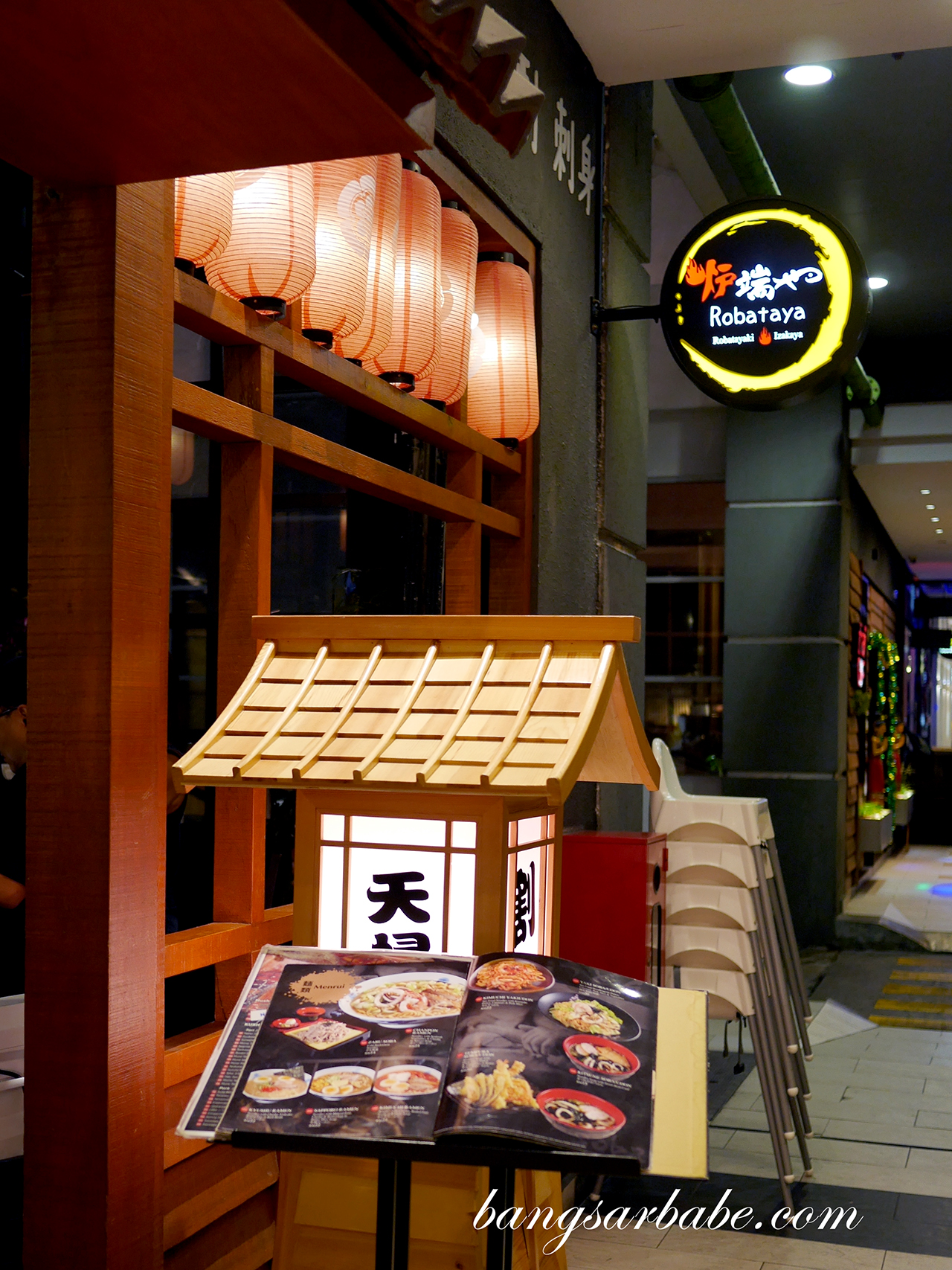