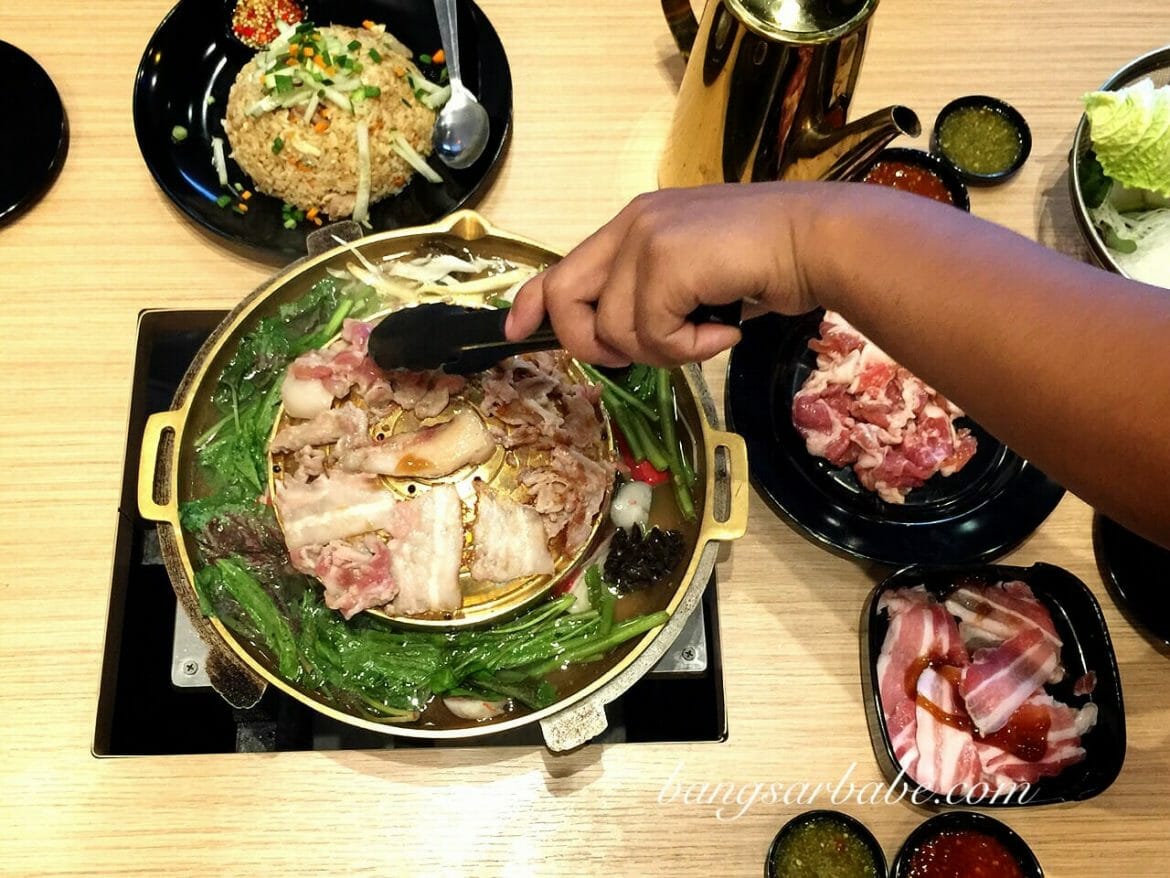 I never knew what a Mookata was, until I tried it at Soi 19 in Kuchai Lama. rif and I stumbled upon this cosy little spot when we were randomly picking places to eat for dinner. We walked in thinking that it was a Thai restaurant that served dishes only to learn they offer this Thai version of BBQ and steamboat called Mookata. 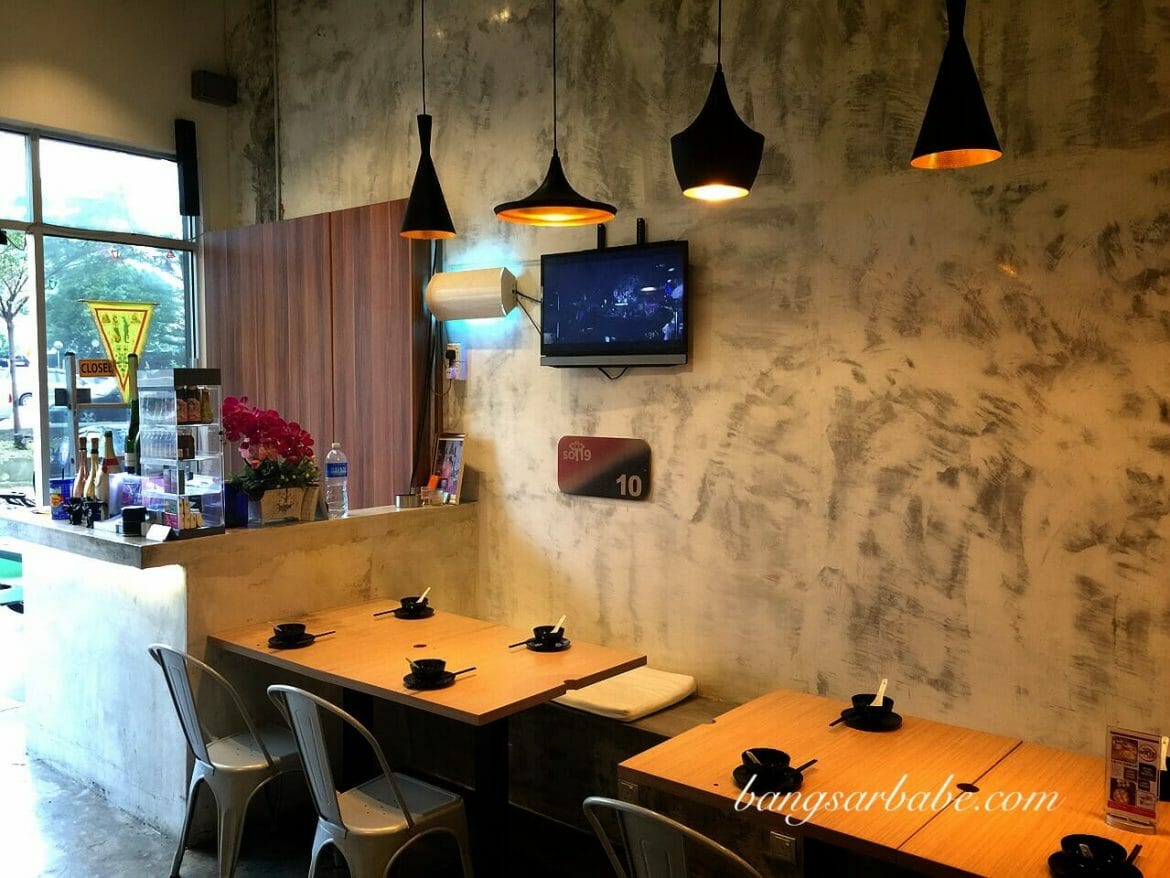 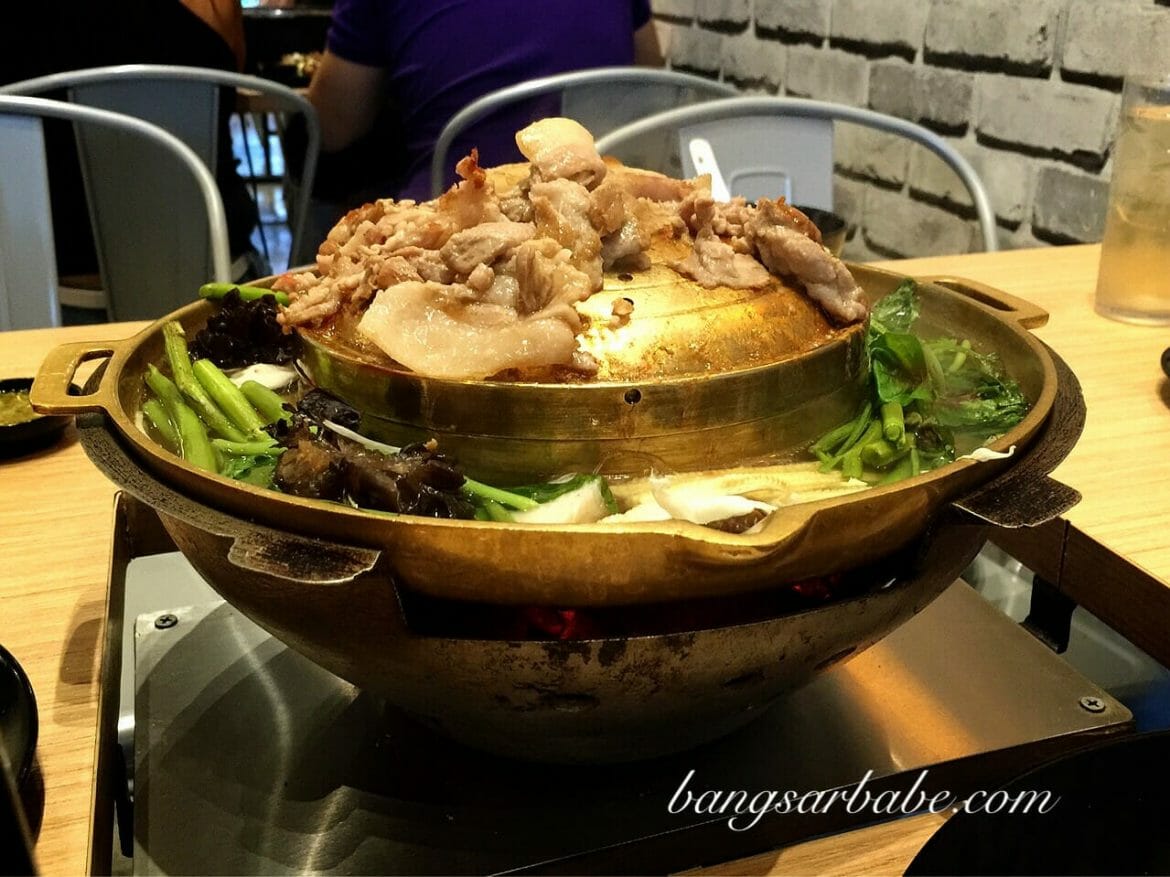 “Moo” stands for pork in Thai and “Kata” is a dome-shaped skillet with a soup trough that is placed over charcoal embers.

Moo stands for pork in Thai and Kata is a dome-shaped skillet with a soup trough that is placed over charcoal embers. This cooking method allows diners to enjoy both barbecue and hotpot, and uses pork lard instead of oil or butter for the barbecue. 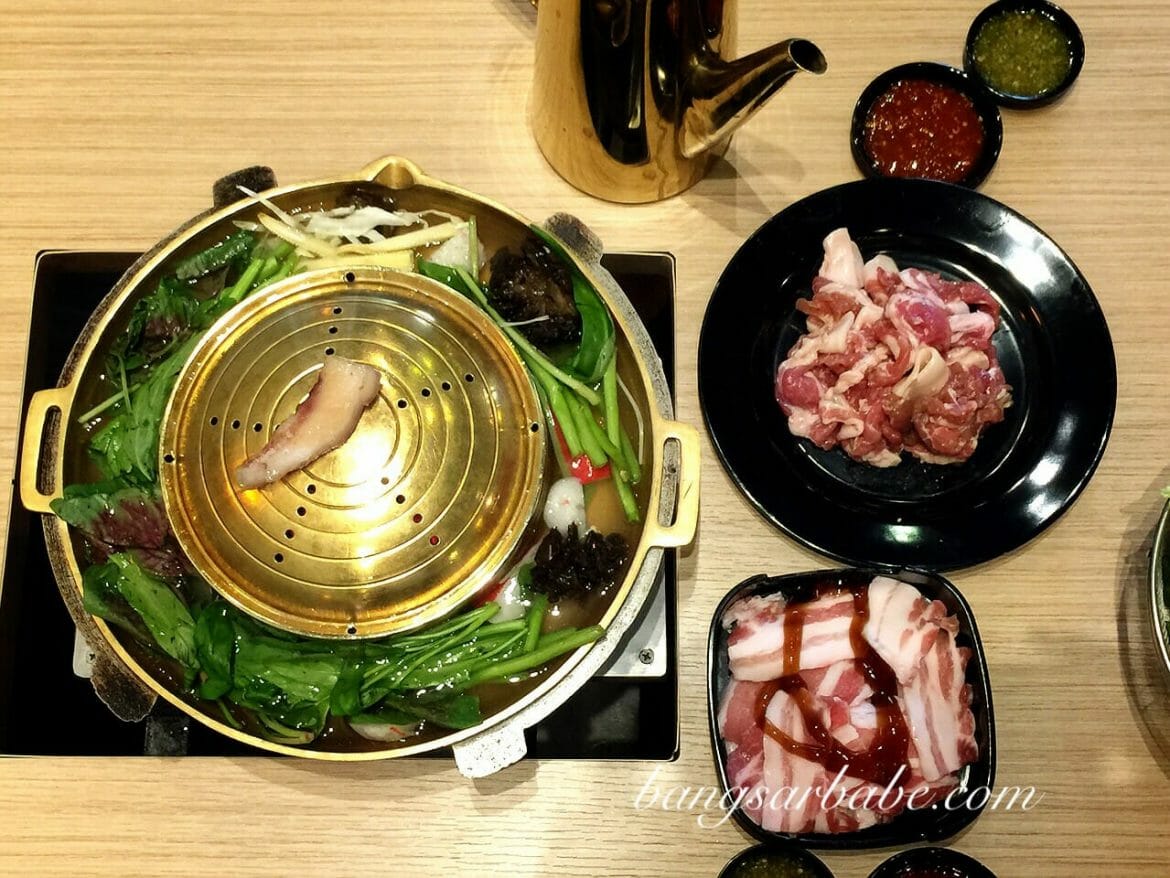 Pork lard is used to grease the skillet 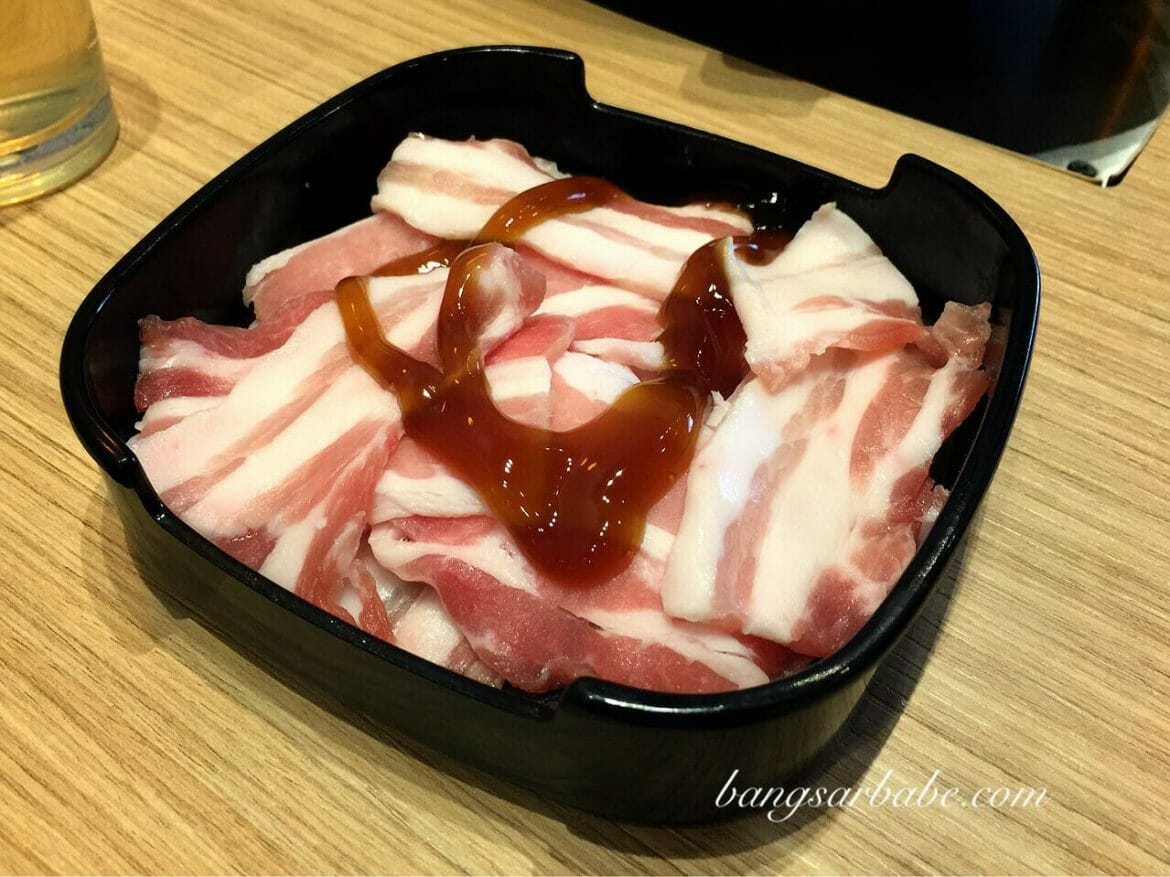 We tried the pork set (RM39) which came with sliced pork belly, sirloin, liver and mixed vegetables for the soup base. Since neither rif and I take liver, we switched that to pork meat. We also added another order of three-layer pork (RM8.90) just in case. #forevergreedy 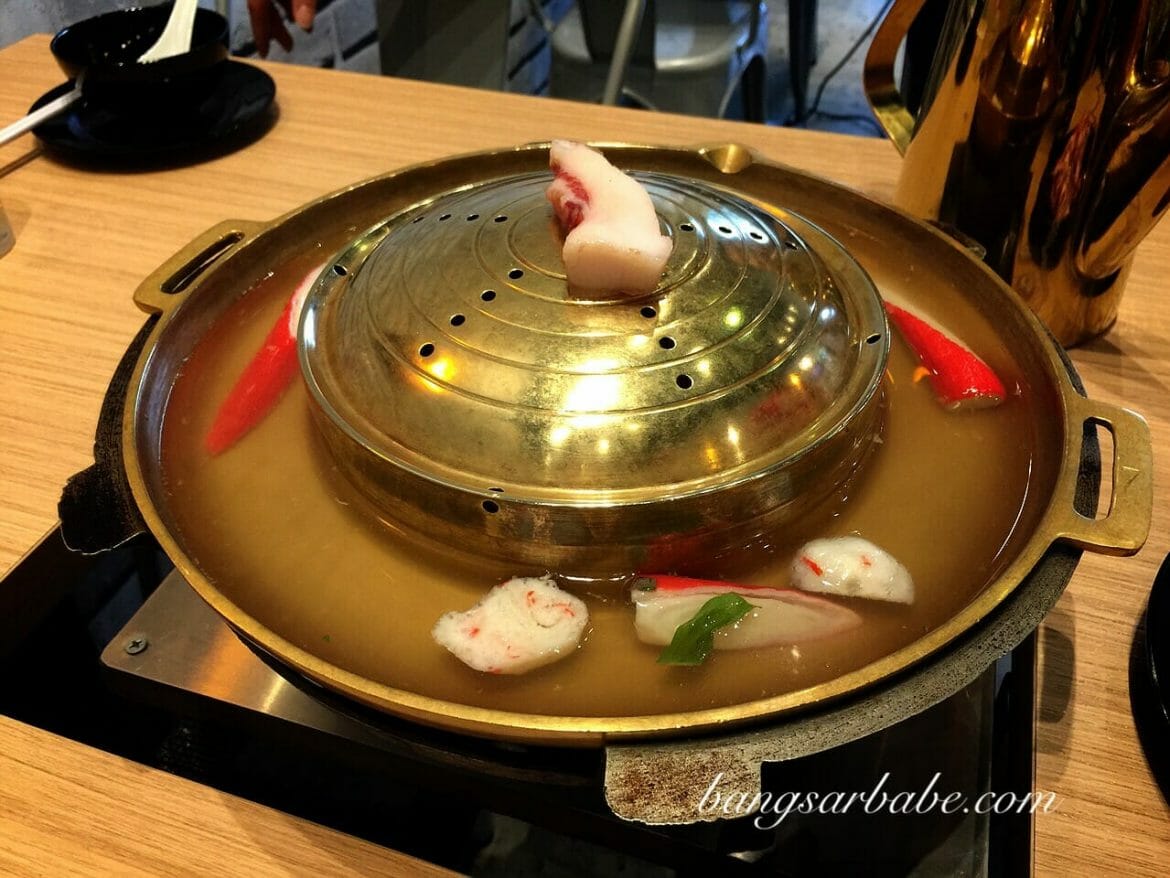 The soup base is made using pork bones 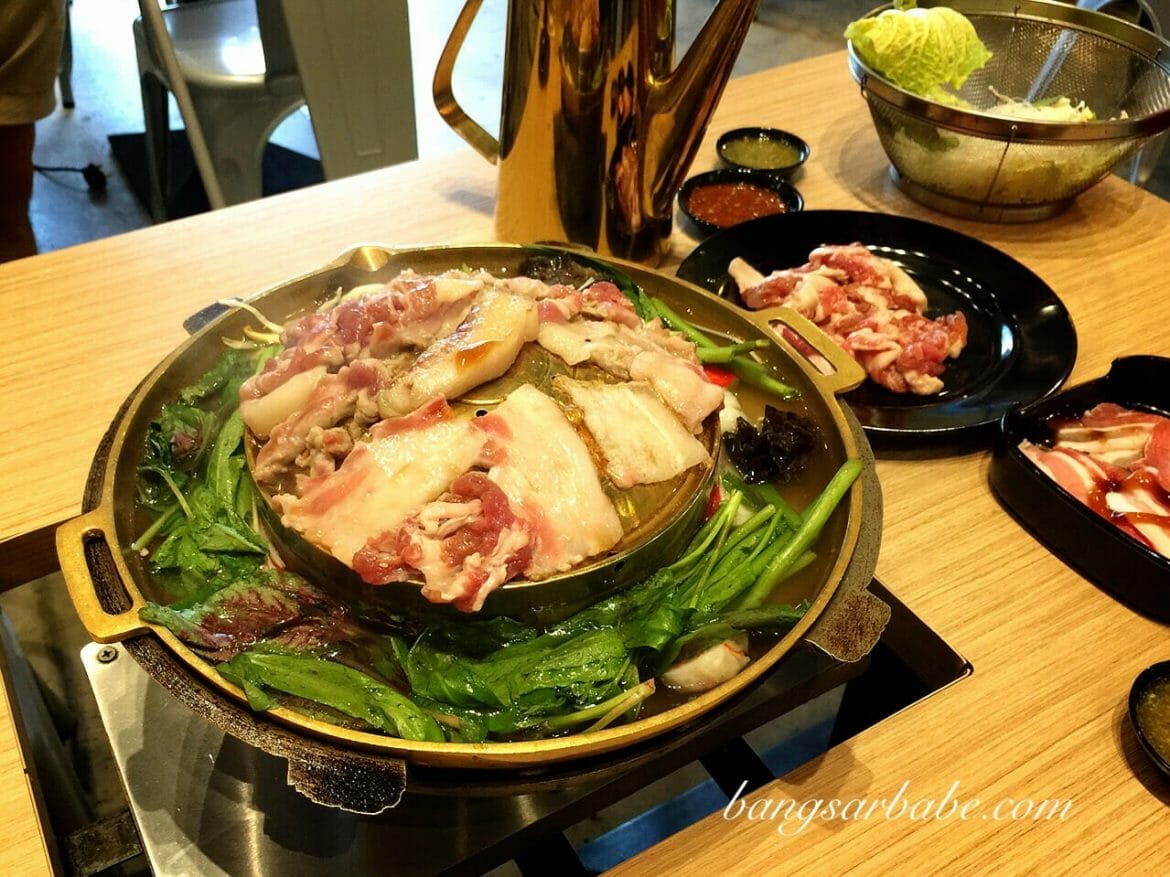 Pork slices on the grill, and the juices adds flavour to the soup

Our server greased the grill with the lard before arranging the meat slices on top for cooking and mixed vegetables were added into the pork bone soup to sweeten it. As the meat cooks, the drippings would fall into the soup, giving it more flavour. I was told Soi 19 is MSG free – I didn’t feel thirsty at all even though I had so much soup that night. 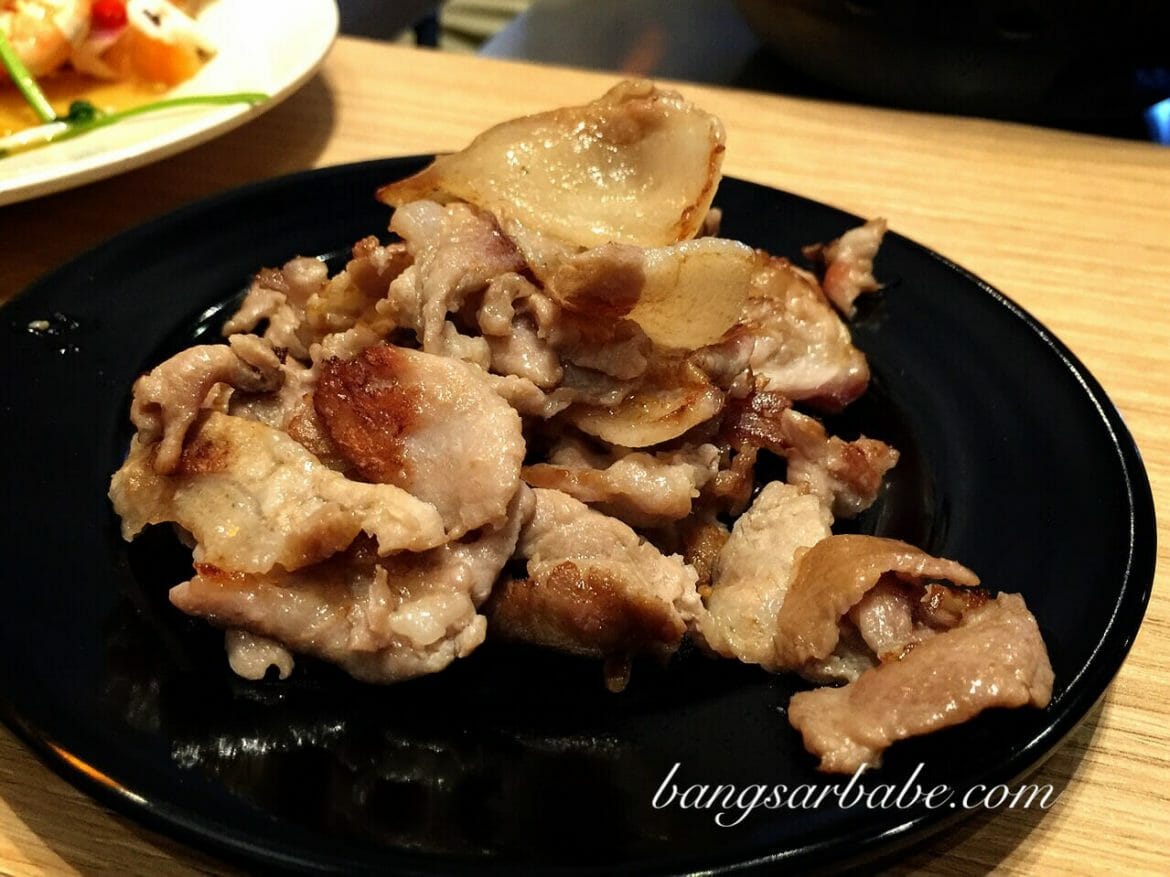 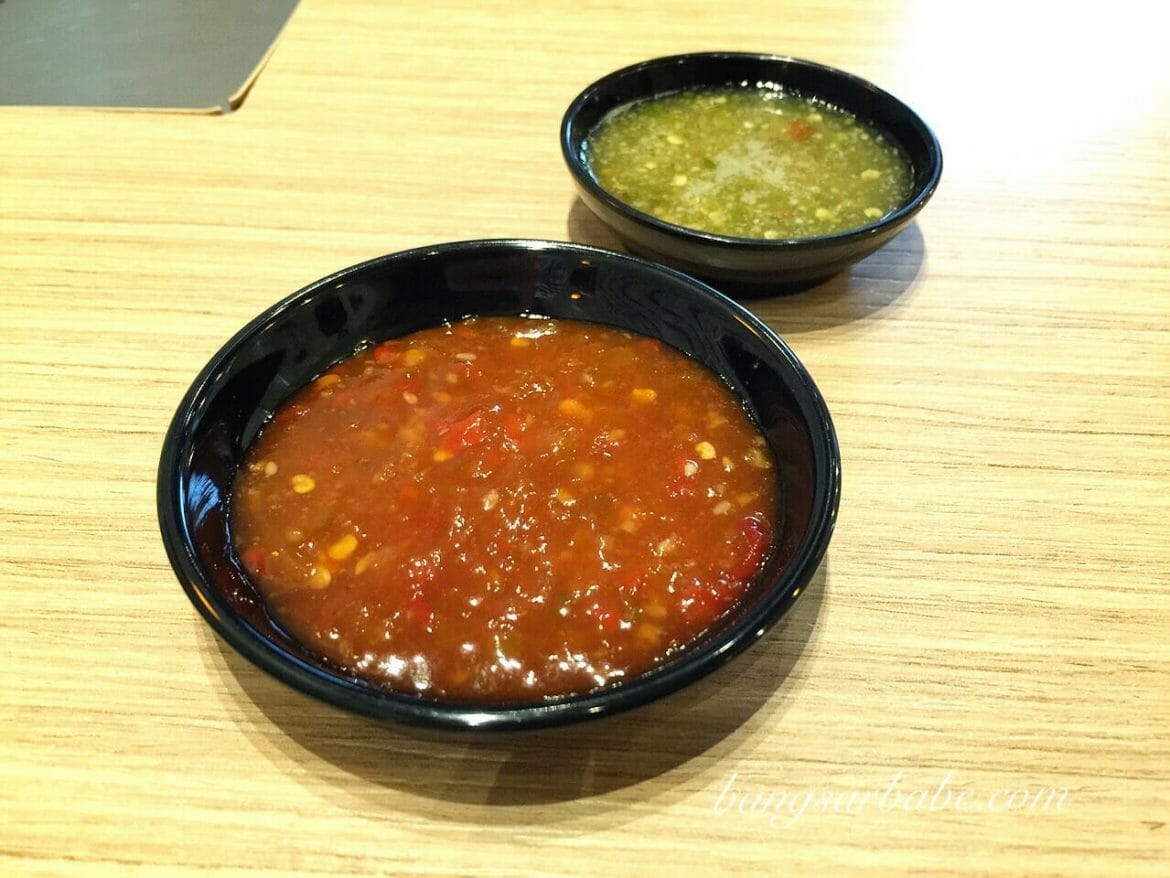 The chilli dipping sauces packed a wallop, especially the green version which went well with the pork slices. If you’re hungry, you can place a la carte orders for the lamb slices or squid. Those would taste pretty awesome when grilled, I reckon. 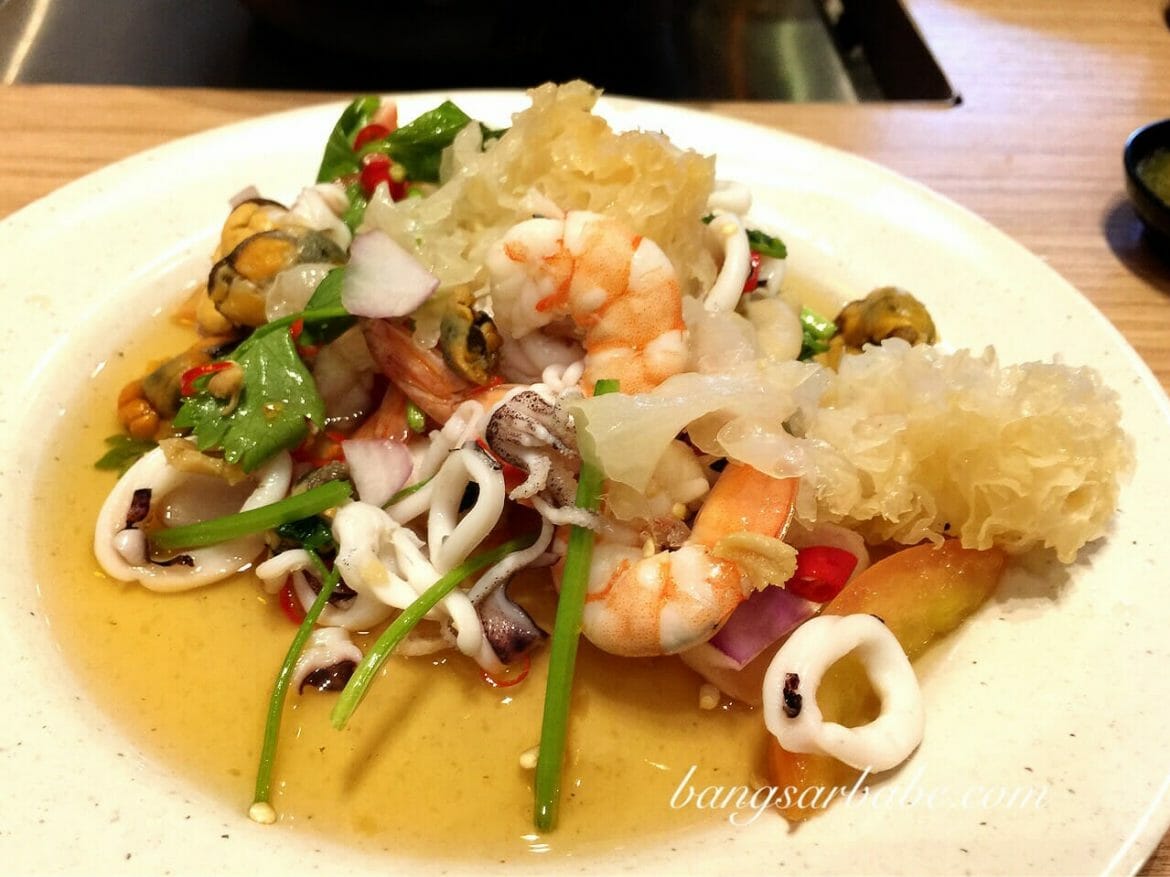 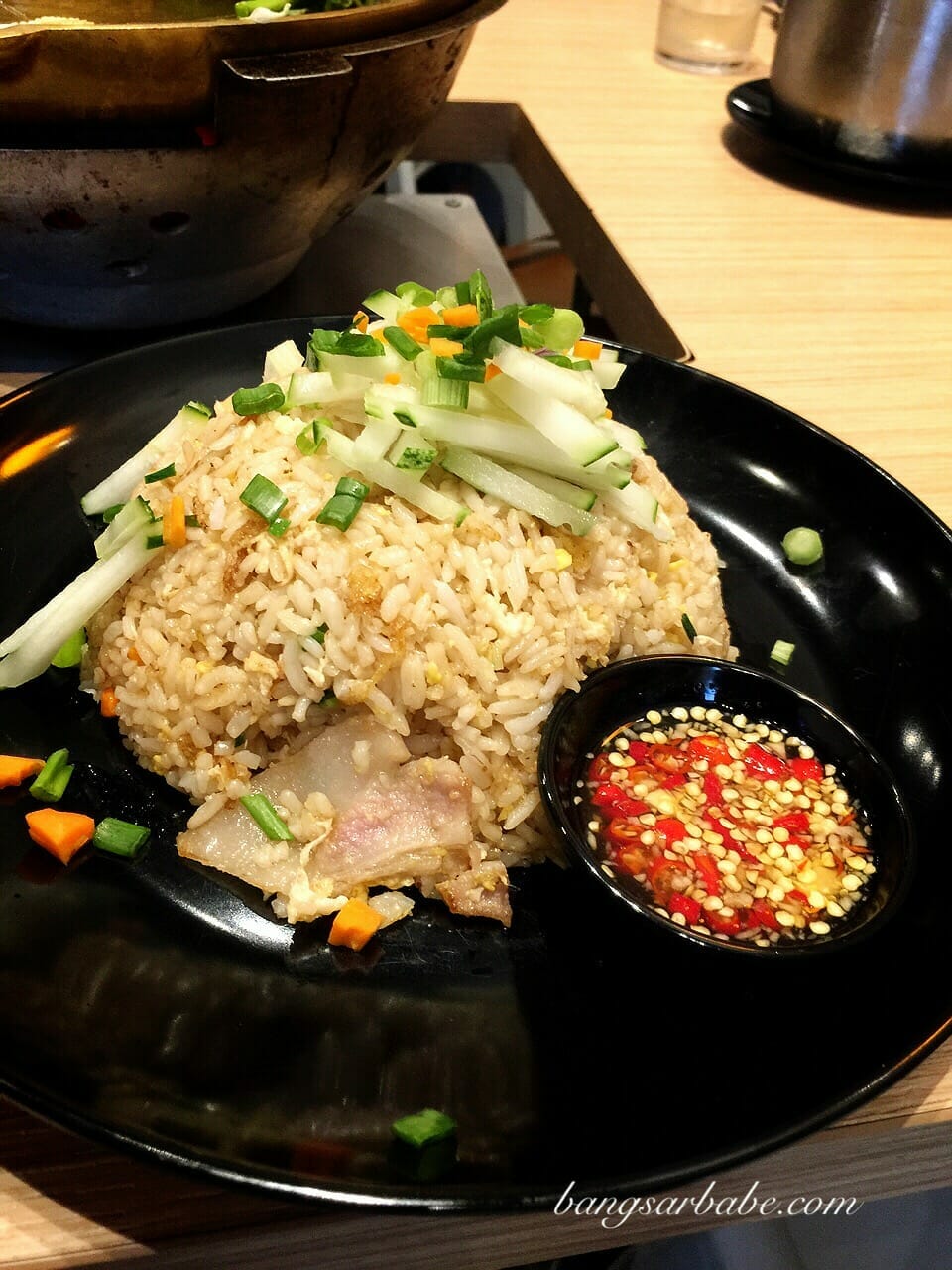 We shared a seafood salad (RM16.90) for our starter and a pork fried rice (RM9.90), both a specialty at Soi 19. The rice was of a generous portion and was redolent of wok fire aroma. I rather enjoyed this, as they didn’t skimp on the pork belly slices. Seafood salad was also decent, although some might find this a tad fiery. You can always ask the kitchen to tone down on the chilli, but I like it the way it is. 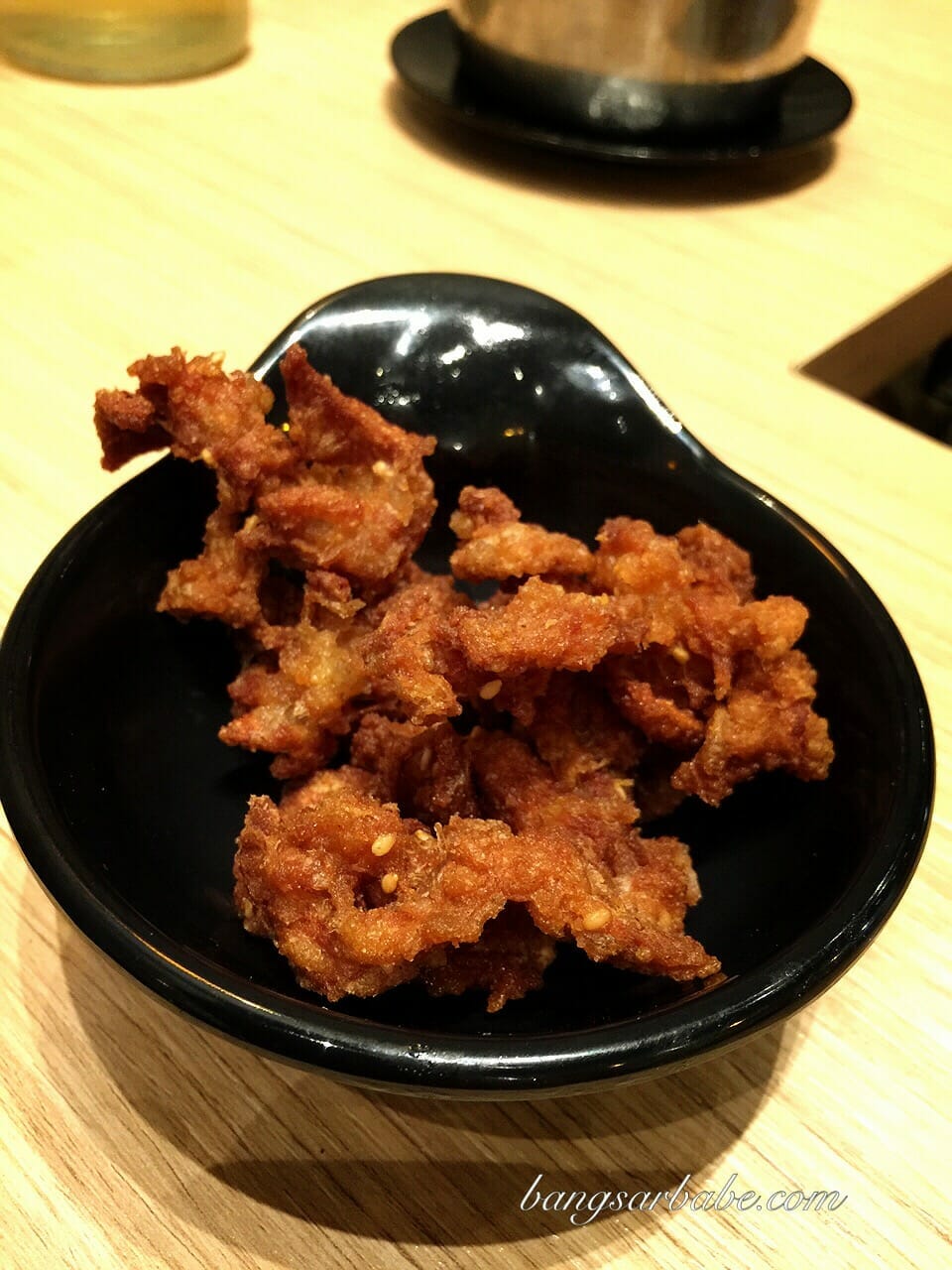 One of the owners treated us to a sample of fried chicken skin and this was wicked stuff. Terrifically seasoned and deep fried to crispy perfection, I’m so coming back for this. Overall, service was friendly and attentive, and we enjoyed the meal. 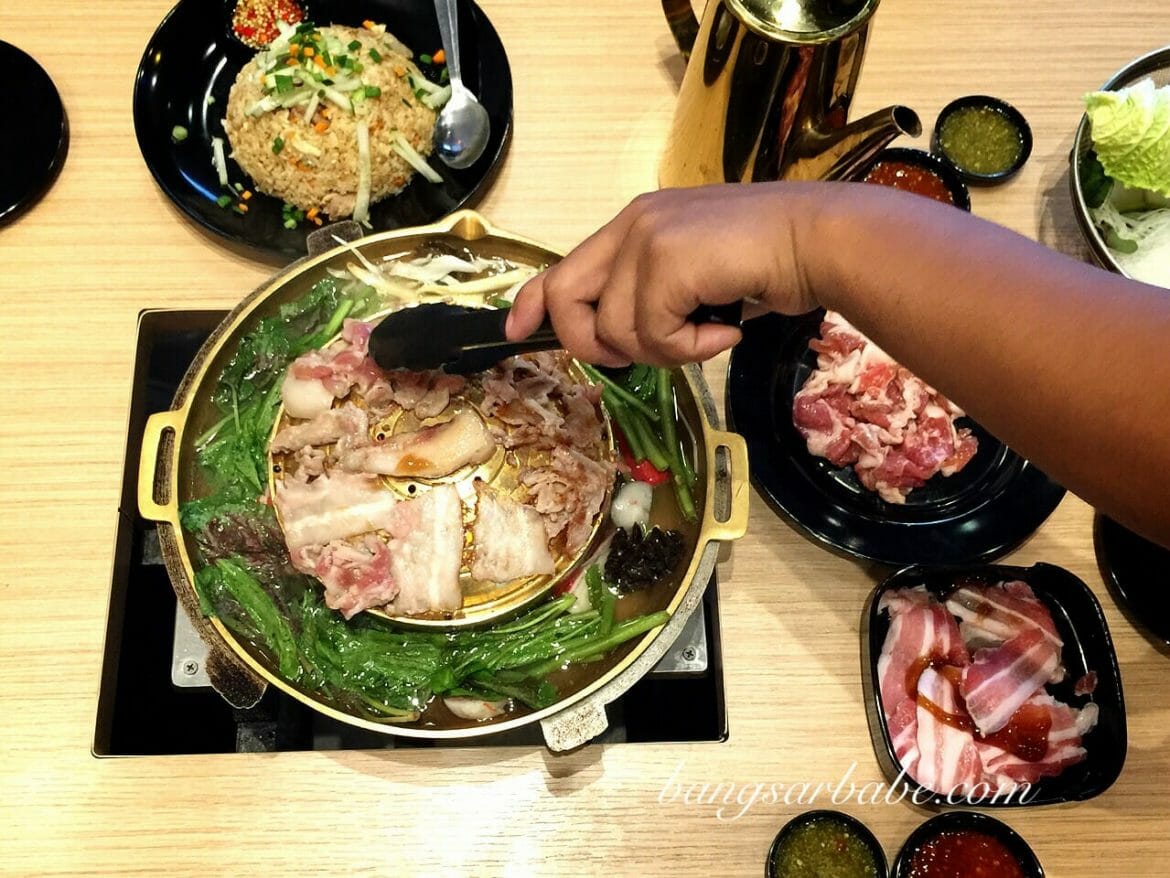 The server will help you with the meats 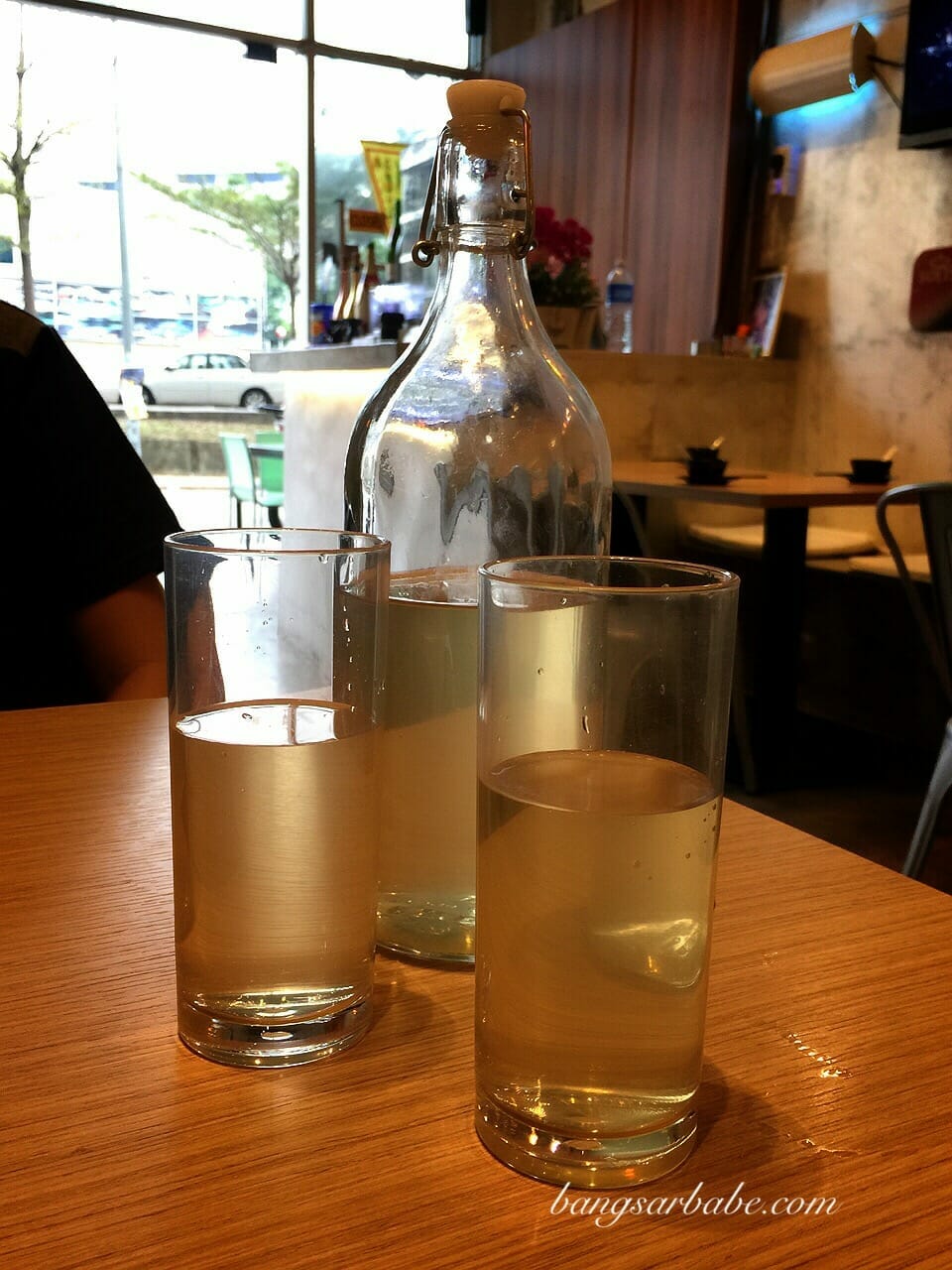 The bill came up to about RM85 for all the above, inclusive of our lemongrass drink (RM6 – refillable). Considering how much we ordered, I find the pricing reasonable.