Home Thoughts The gap between the agency and client 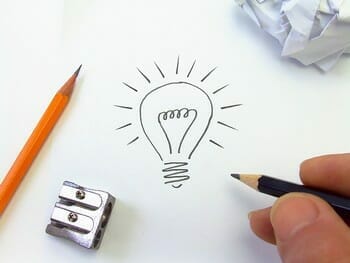 The gap between the agency and client

Working with various agencies throughout my career in corporate has made me realise a gap between the agency and client. The gap in understanding what the client expects from the agency they engage with. It was just last week that I lamented to rif about my frustration with a handful of agency people who take the client for a fool. Many agencies don’t have a dedicated team to service an account exclusively – based on my years in the agency line, a team usually works on three to four accounts at a time.

There was recently a discussion between one of the agencies and my team, where they attempted to pull a fast one on SEO, analytics and digital media on a whole. The agency threw in big words in an attempt to impress and I suspect, to also mask the fact that they were rather ill prepared for the meeting.

While I can’t entirely fault them, the gap is glaring and as a client, I cannot sit back and tolerate mediocre work when they are said to be one of the best. They wouldn’t have won the account if they weren’t good, I reckon. I don’t know about other clients in general, but as one, I expect the agency to recommend good strategies and propose concepts based on my communication brief, and then do the execution.

But the sad reality is, the clients (my colleagues and I) are the ones who have to help them with concepts and strategies, while they focus on execution. Which makes me wonder, why on earth are we paying them so much?? That’s my gripe with large agencies that ride on their brand name and expect to pass off mediocre creatives to unassuming clients.

I discovered that when I worked with many large agencies – many of them presented recycled, done-to-death ideas and copywriting so bad, my toes curl. Which is why I often resort to other alternatives, like using smaller agencies. They may not be the best but I find that these people try harder. And since their fee isn’t as exorbitant, I’m generally less picky about their copy and deliverables.

So far, the larger agencies I’ve worked with have been disappointing. They go all out to win the pitch but when it boils down to servicing and execution, they fail to deliver. When an agency tells me they need three days to do a simple adaptation, I know they just are full of sh*t. That, and also because they are definitely servicing other clients hence the SLA (service level agreement). #justsaying