I heard about the Hokkien mee at Imbi Road from several people and have driven past the stall many times when I use that route to head back to Bangsar. The stall doesn’t have a name but it’s located at Win Heng Seng, also known for its (expensive) pork ball noodles during the day. 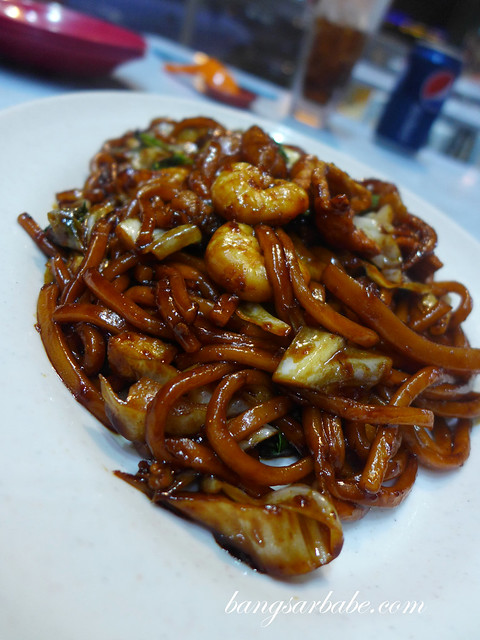 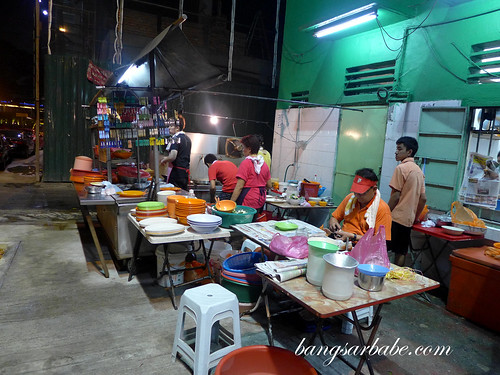 Most of their customers are regulars, judging from the way they order and how they interact with the staff. The Hokkien mee lived up to its reputation – springy yellow noodles with a good amount of wok hei. Portion was a bit scant compared to the ones from Ah Wah in Paramount and Pudu, but each bite was packed with flavour. Between the version from Pudu and this, I reckon this was better and bolder in flavour. 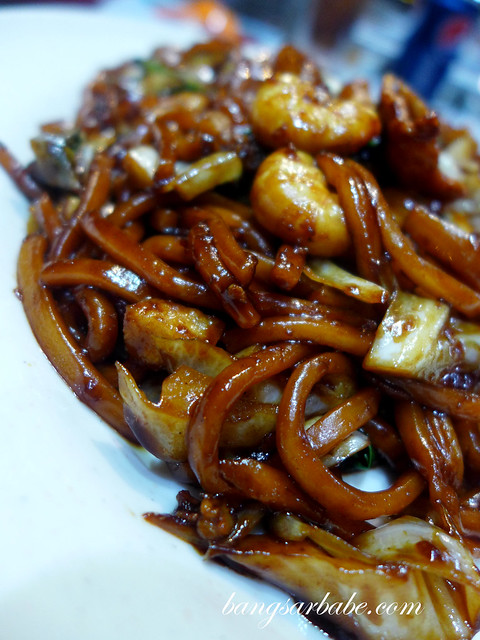 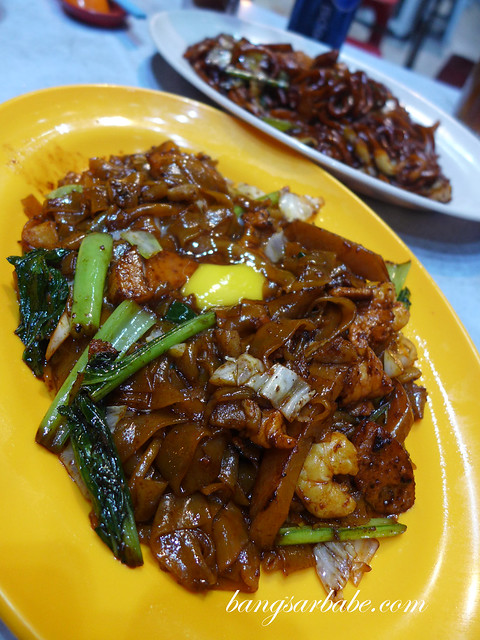 We also tried the “Moonlight Kuay Teow”, essentially fried flat rice noodles topped with a raw yolk for moisture and richness. The noodles lacked taste and for some reason, the wok hei wasn’t as pronounced. I was quite disappointed with this as it was apparently a popular dish. Will skip this and order a larger plate of Hokkien mee if I go there again. 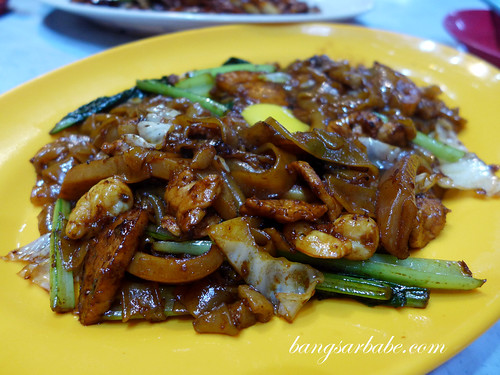 Raw yolk to add richness to the noodles

I rather enjoyed the pork slices in soup…similar to the one we had in Pudu. Between the two, I liked the latter version better as the broth had bits of fried garlic in it. Also, the pork slices were more tender and better marinated. This one was also quite good as they added leafy greens to balance out the porky flavour of the soup. 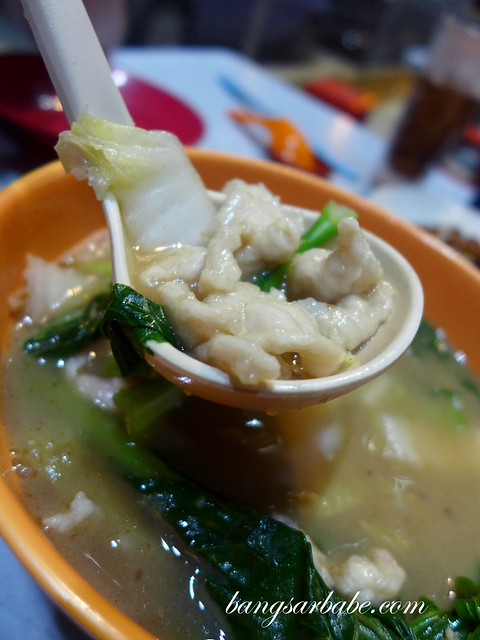 All in, I was pretty pleased with the Hokkien mee and pork soup – we paid RM36 for all the above. But skip the fried kuay teow as it’s nothing to shout about, unless you’re a fan of mediocrity. :) 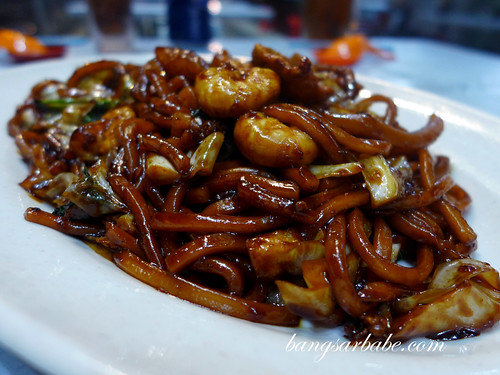 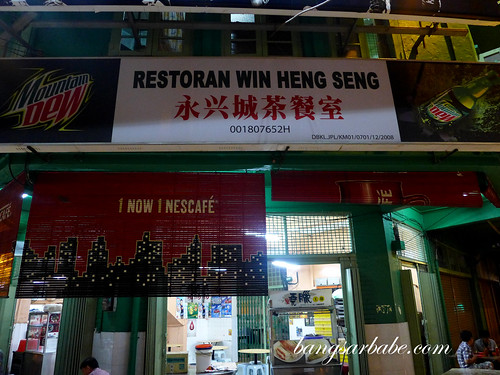