Some cafes place tables so close to each other that you can’t help but listen to the conversation of your next door diner. At Nutmeg, such was the case. I couldn’t help but listen to a family conversation about the “right” age to start dating, while a fresh graduate at the table on my left engaged in an optimistic conversation regarding her career prospects in a local newspaper to a man who’s probably twice her age and definitely not her father. 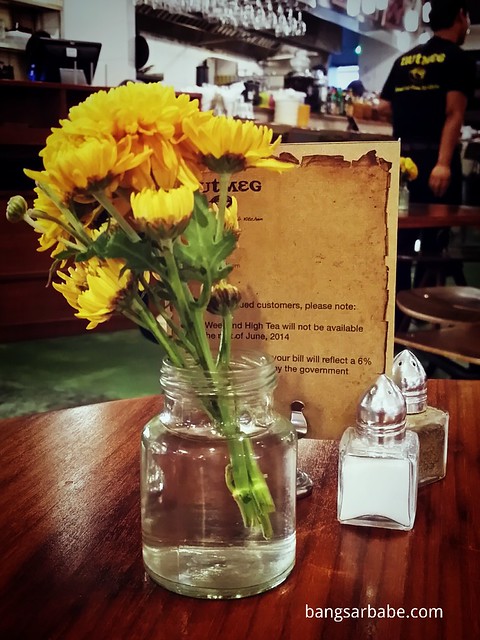 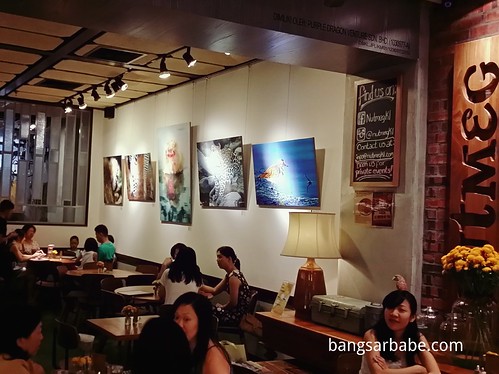 She was filled with enthusiasm, just like me when I first started working. At that moment, I felt like leaning in to tell her that after two years, she’d be so jaded with the rubbish she has to write/put up with, she might flirt with the thought of burning the company down. #saturdaymusing 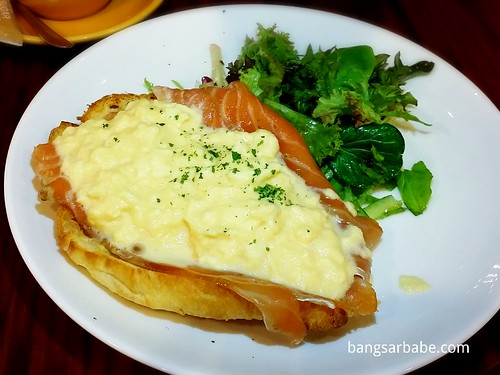 The arrival of my breakfast halted my train of thought, as I diverted my attention to the plate of Nutmeg Gravlax “Croissant-wich”, essentially a large croissant with gravlax salmon and scrambled eggs. A best seller at Nutmeg, portion was fairly substantial and it sounded quite promising on menu.

Alas, the promise ended the moment I took my first bite. It was very average taste and quality wise, and didn’t justify the price tag of RM26. The salmon was tasteless and the scrambled eggs were more mushy than fluffy. 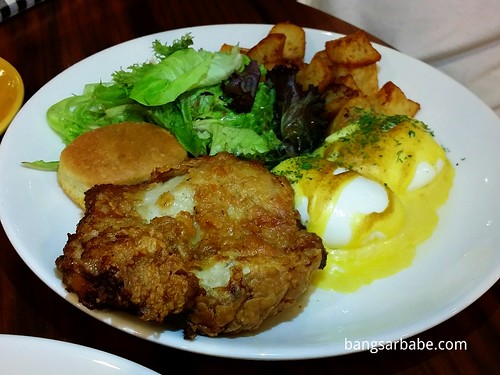 rif’s Southern Fried Breakfast (RM26) was much better — a hearty platter of fried chicken with two eggs (he went for poached), hashed potatoes, biscuit and a salad. Granted the chicken wasn’t the best I’ve tried, it was still quite good.

They make good poached eggs here; both his eggs were perfectly runny while the white was firm enough to hold a good shape. I wouldn’t mind ordering this again. 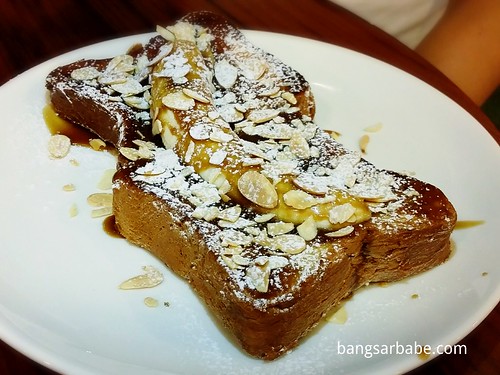 I overheard the waiter recommending the Brioche French Toast (RM16) with banana, almond and chocolate. It could be just me, but I found this dish (obscenely) ugly. Granted the toast was light and eggy, I found it very ordinary. Despite it being a popular item at Nutmeg. 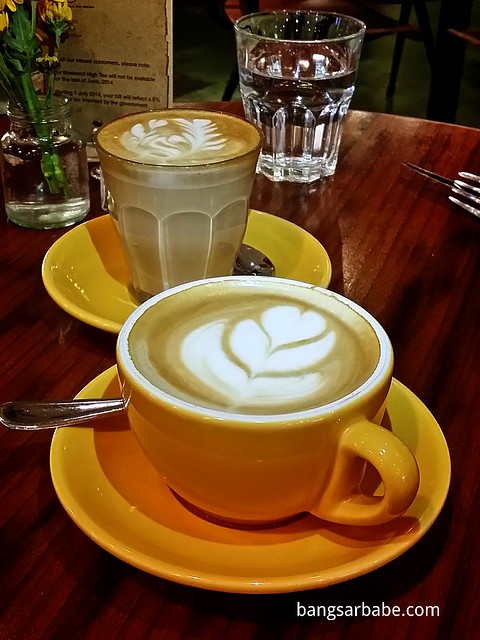 Service was attentive throughout, possibly because we were there at 9.30am on a Saturday and the crowd hasn’t come in yet. Our latte and flat white (RM8 each) were a tad too hot for comfort but still decent. 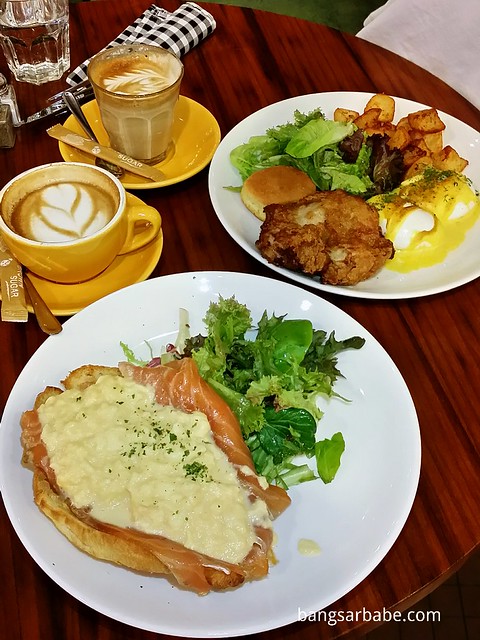 Breakfast on a Saturday

Our total bill was slightly over RM90 (pricey for breakfast) and come July, Nutmeg will impose the 6% GST in the bill so that’s going to be quite a pinch. As we left Nutmeg, the newbie journalist spoke about “injecting change” and leaving her mark in the publication she works for. I guess she might as well die trying, than not try at all… :P