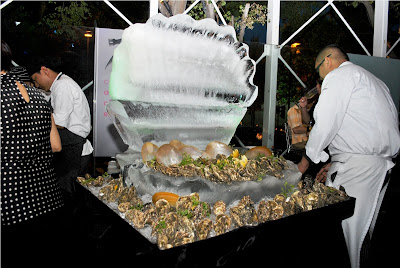 I enjoyed the recent Indulgence Series with Chef Nicolas Isnard at 7atenine, so when Jimmy and Marc invited me to the oyster soiree event at the same venue, I happily accepted. Guests were treated to a free-flow of Nicolas Feuillatte champagne, oysters from Southern Rock Seafood and a fashion show featuring Edward Kong South Sea Pearls. 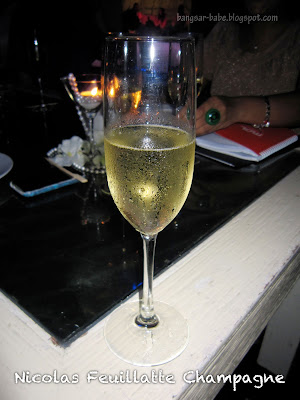 South Sea Pearls are the best, rarest and most valuable pearls in the world due to their large sizes and exquisite lustre. From what I’ve heard, Edward Kwong is the only successful South Sea Pearl farmer in Malaysia. “Whether it’s RM2,000 or RM200,000, pearls are pearls. The differentiating factor is the lustre, colour and uniqueness of each pearl,” said Edward, when I probed further about his pearls. 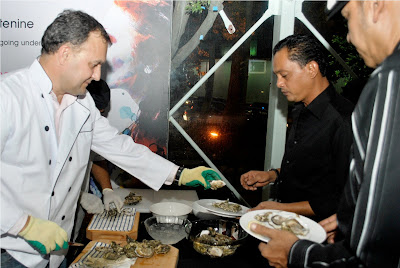 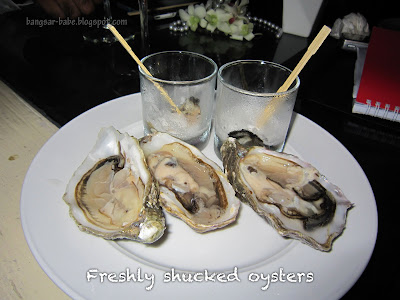 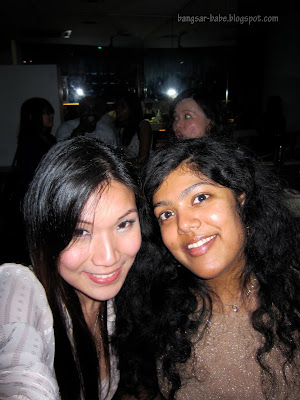 I hung out with Abi (short for Abirami), lifestyle editor of FACES Magazine that night. We’ve become quiet close as I’ve been writing food columns for the magazine since 2009. This champagne is generally balanced and elegant, which pairs well with seafood. In this case, it was the Southern Rock Oysters. Only problem was, the guests ate the oysters faster than the staff could shuck them. LOL. Unlike the small crowd at the Indulgence Series with Chef Nicolas Isnard, this crowd was three times bigger! 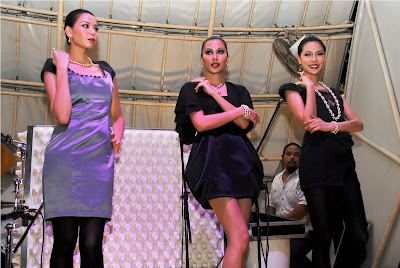 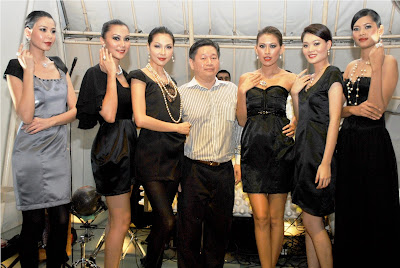 The pearls were lovely; I especially liked the necklace worn by the model second from the left. It would totally match my full lace wedding gown, but that probably cost more than RM20,000. Sigh. I guess I’ll have to nick my mum’s South Sea Pearl necklace for my big day instead. But hers isn’t as nice. o_0

Thank you Jimmy & Marc, for the invite! And thank you Fanny of 7atenine, for entertaining Abi & I throughout the night.