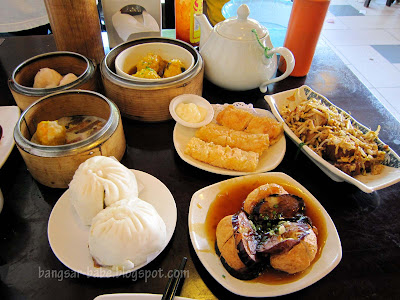 Dim sum is often a weekend ritual for families. For me, I go for dim sum anytime I feel like having it. Weekends are usually a no-no, as I cannot stand waiting for tables/people waiting by my table just for some siew mai and har kau. This of course, does not apply to dim sum at hotels and higher-end restaurants — I only wish my wallet is as huge as my appetite. 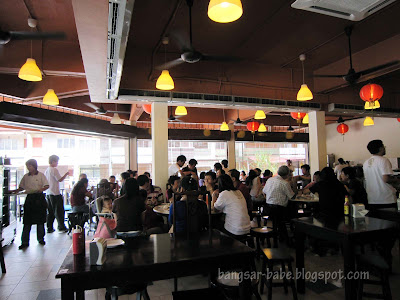 rif and I chanced upon Yuen Garden Dim Sum House when we initially planned to try another restaurant a few doors away. That restaurant was closedso we decided to have dim sum instead. Yuen wasn’t very crowded that weekend and I reckon it’s because a lot of people were still out of town. 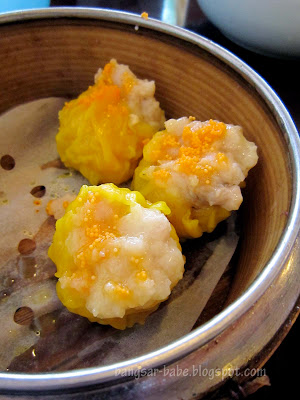 Once seated, the staff came around with pushcarts of steamed and fried dim sum items and we chose what we wanted. The siew mai although decent, were clumped together and rather small in size. 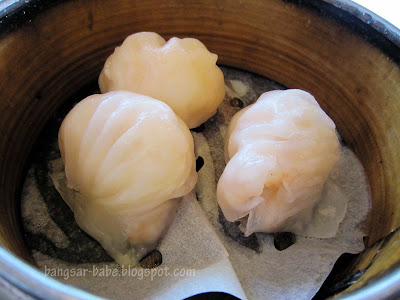 I was not very pleased with the har kau as they were poorly made. One of the dumpling’s skin was broken and they were miniscule — a kid could finish a piece in a single bite. The prawns were decent, but not the freshest I’ve eaten. 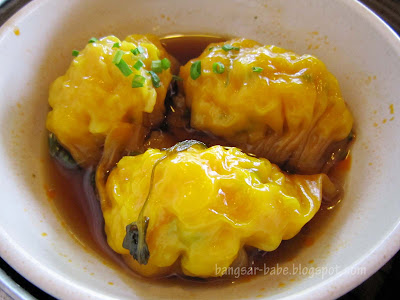 The spicy prawn dumplings would have been delicious, if it weren’t for the slightly chewy skin. They were probably left outside for too long, hence the outcome. 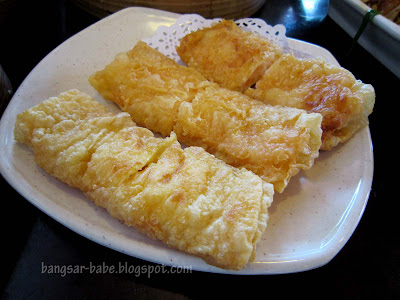 The prawn roll was freshly fried, boasting a crunchy exterior and a succulent prawn paste filling. This went well with a dip of mayonnaise. 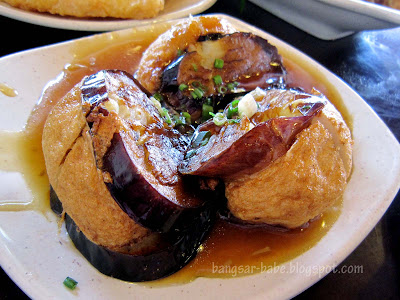 The same couldn’t be said about the stuffed brinjal. Presentation was pathetic; the brinjal pieces were literally plonked on a plate and carelessly topped with brown gravy. This tasted bland and I was utterly disappointed. 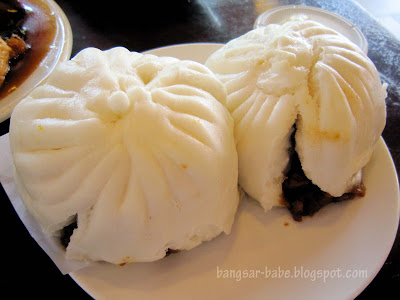 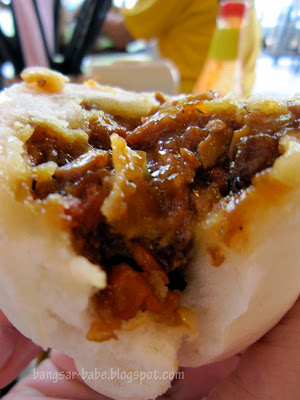 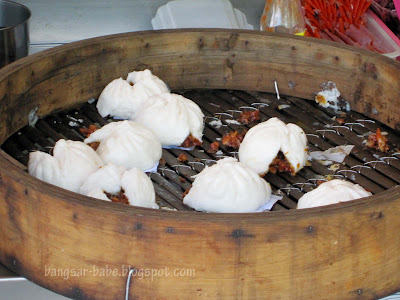 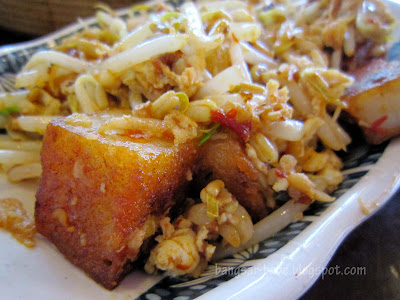 I almost laughed at the sight of the fried carrot cake — it looked like fried beansprouts to me. I counted six pieces of carrot cake cubes, bits of egg, garlic and scallion. The rest were beansprouts. This was oily and a tad salty. 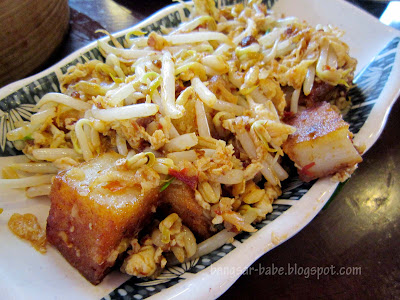 There are certain things I cannot and will not tolerate when it comes to dining out. That includes poor service and hidden charges. At Yuen Dim Sum, it was the hidden charges. Our lunch cost RM34.70, but we were charged RM39.90 (extra 15%). When I asked what this 15% was for, the staff said it was their “CNY charges”. 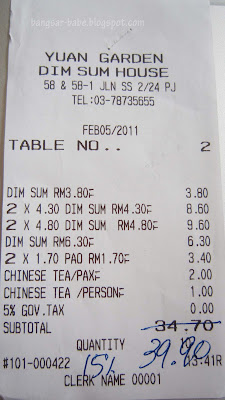 That’s total bullshit to me. How can a restaurant open for business during CNY and charge their customers 15% extra for that? There was no notice on the wall informing customers of the additional 15% charge. Many of them were pissed off and I felt the same way. It may only be RM5.20, but to me, it was daylight robbery. I wonder how do these people sleep at night…

Ambiance: 6/10
Price: 5.5/10
Food: 4/10 (non-halal)
Verdict: The food was below average and the restaurant’s sneaky way of including the 15% extra charge eradicated any intention of revisiting for me. 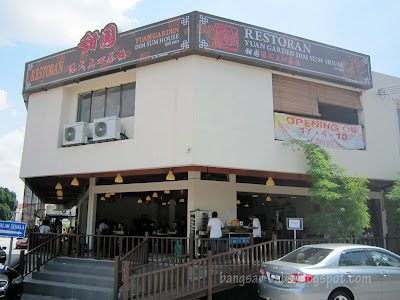