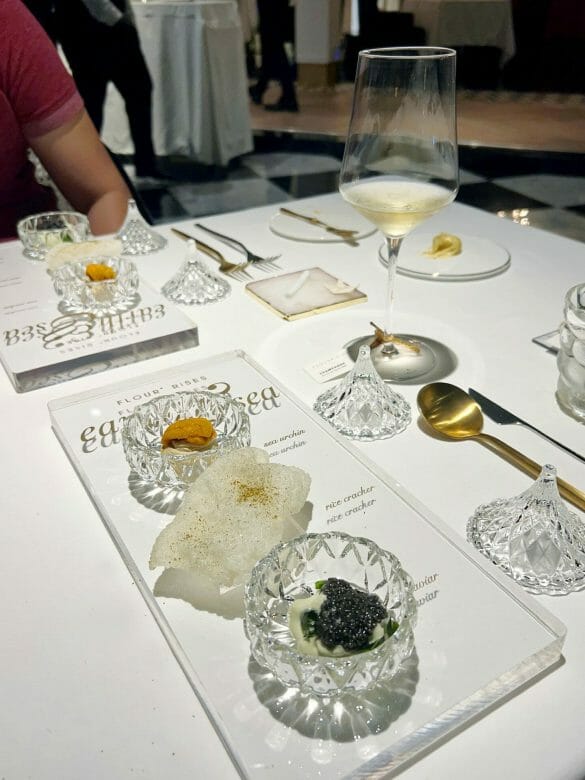 FLOUR in Kuala Lumpur occupies a spacious bungalow in Jalan Kamuning – a new concept from their previous location in Damansara Heights. I didn’t know what to expect from FLOUR this time around but I was plenty excited since I heard mostly positive reviews about their concept; tasting menus showcasing seasons of India with French cooking techniques.

All I ask is that you keep an open mind when dining at FLOUR.

Those were the words uttered by Chef Yogi (Yogesh Upadhyay), after we were ushered to our table and greetings were exchanged. Yogi aims to redefine and reinvent Indian food into an immersive culinary experience that brings the best of culture and French techniques on the plate. 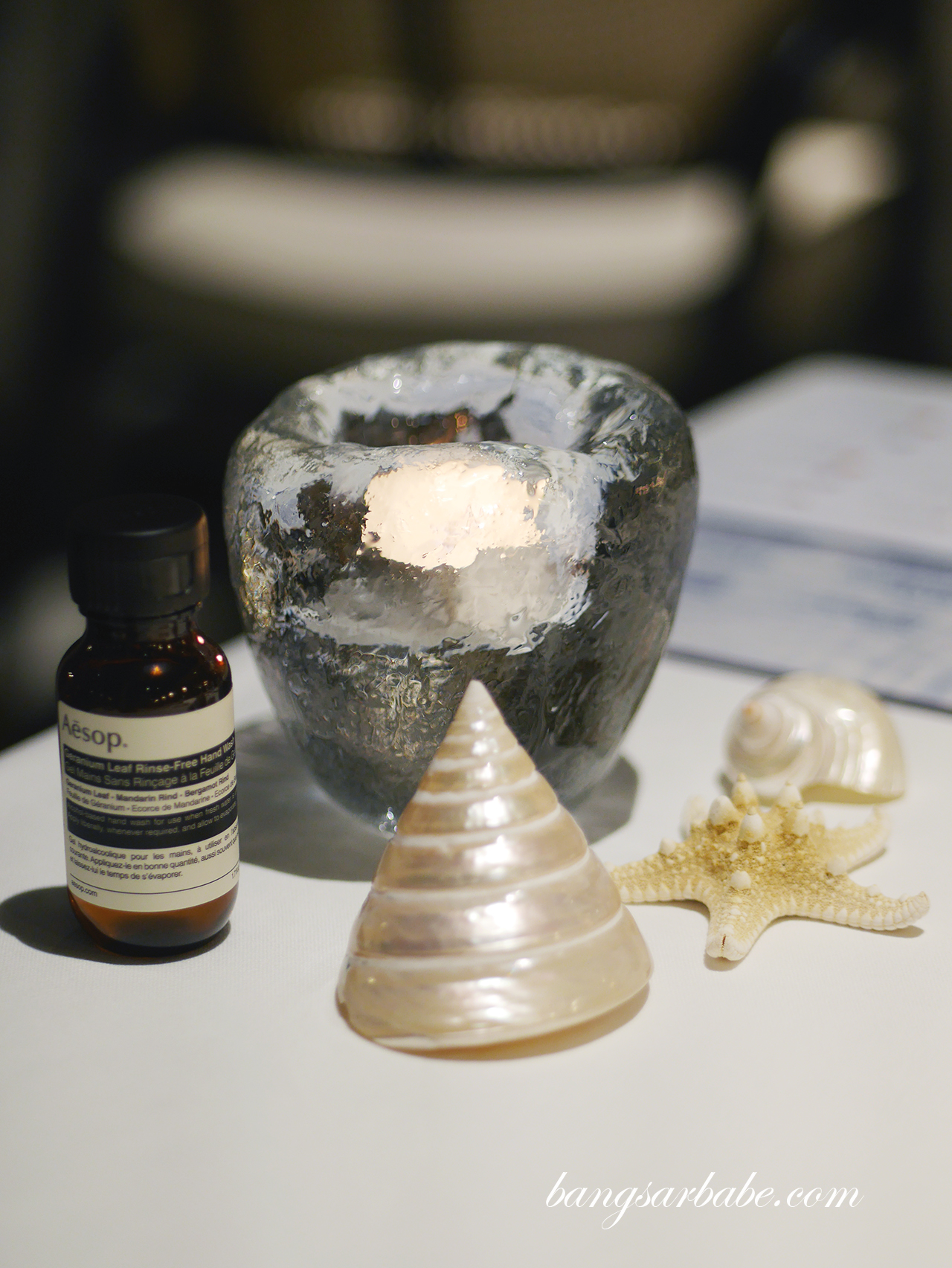 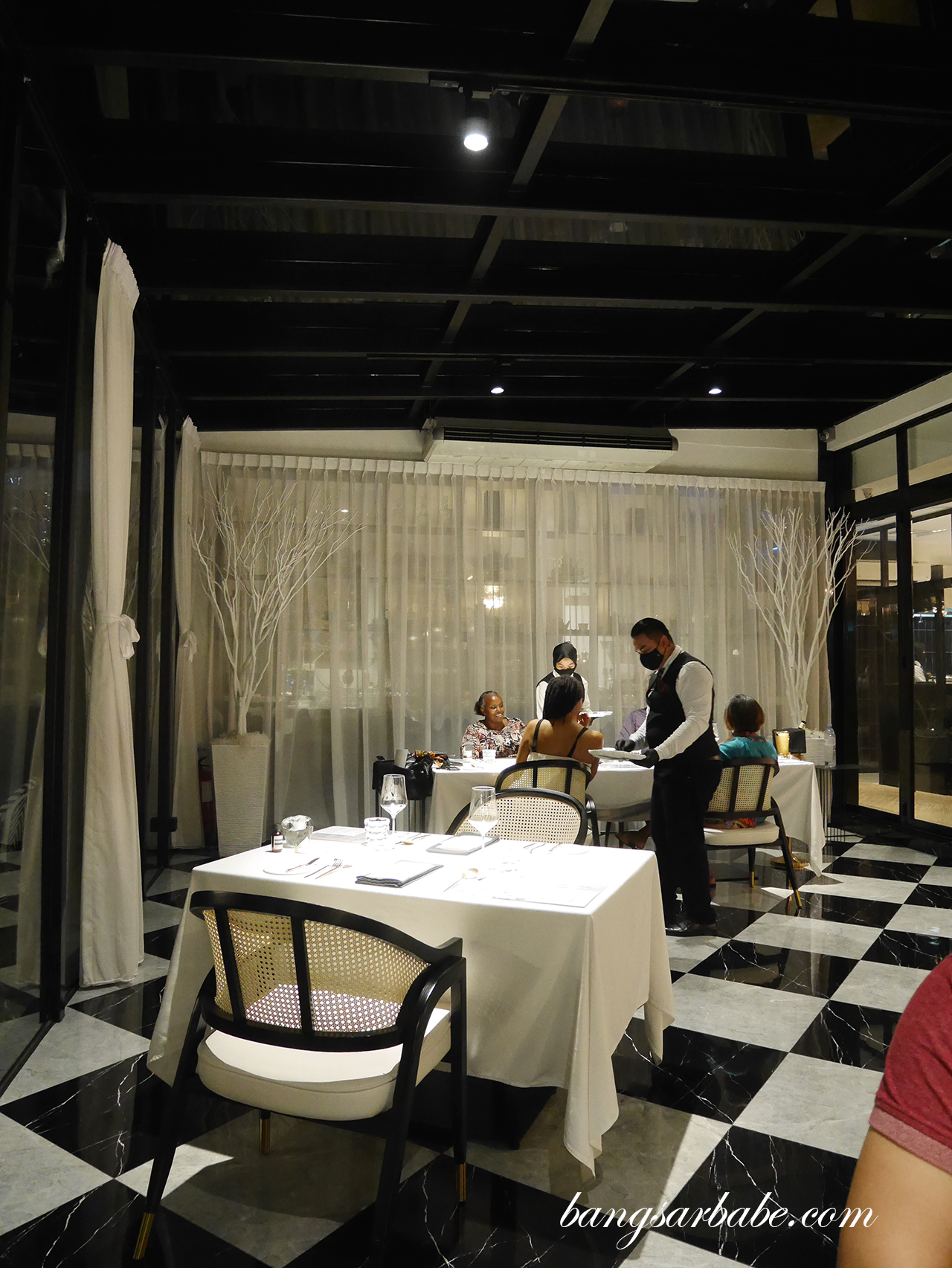 Service is amazing. FLOUR’s timing is impeccable – I liked the pacing of each course and either Yogi or his team will guide you through each dish, explaining the concept, ingredients and inspiration they had when putting together the dish.

Heart of the Sea is FLOUR’s latest menu, an 11-course journey of the best quality ingredients all elegantly presented. The plating is quintessentially French, but flavours are elegant yet unmistakably Indian. 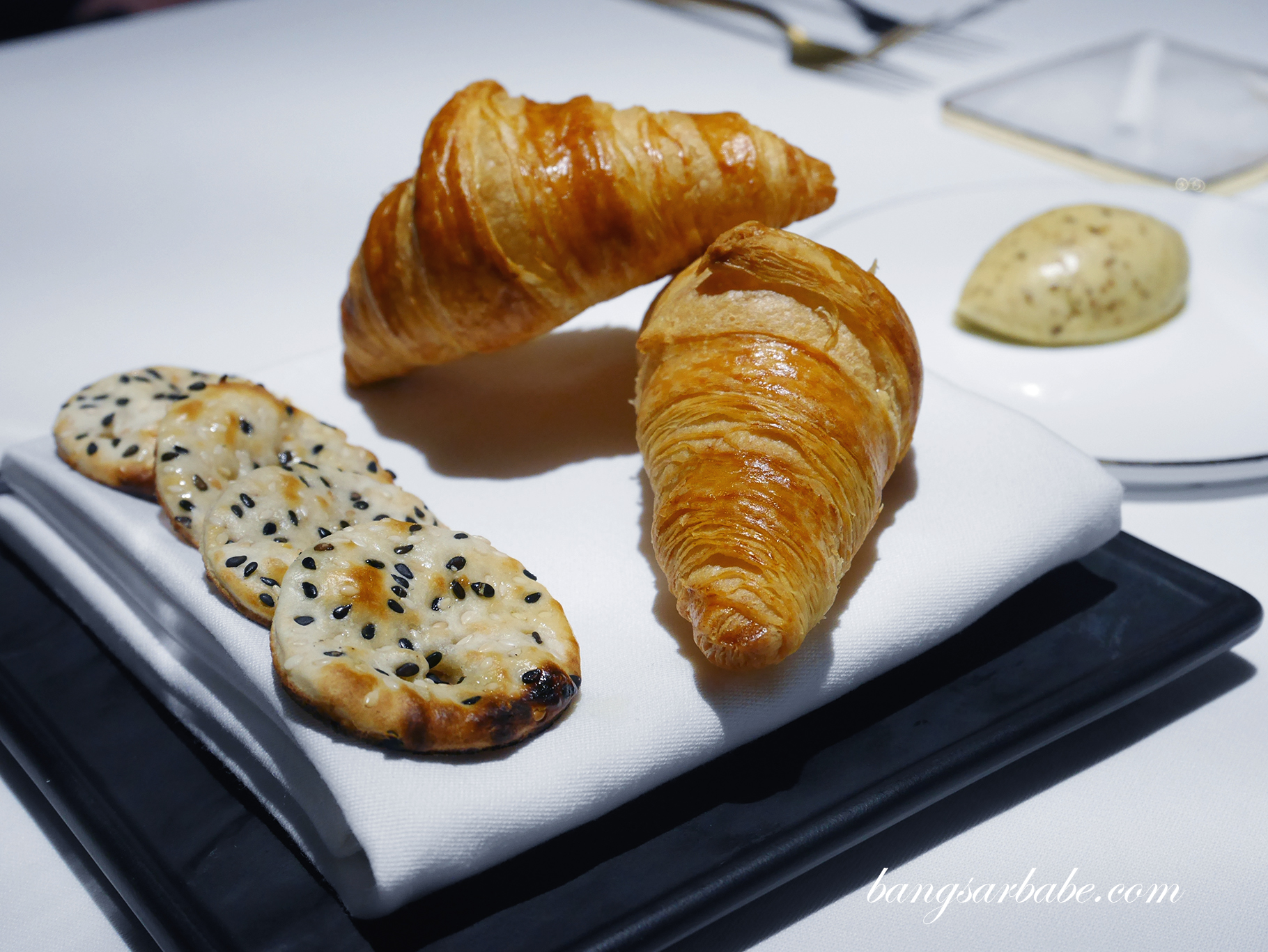 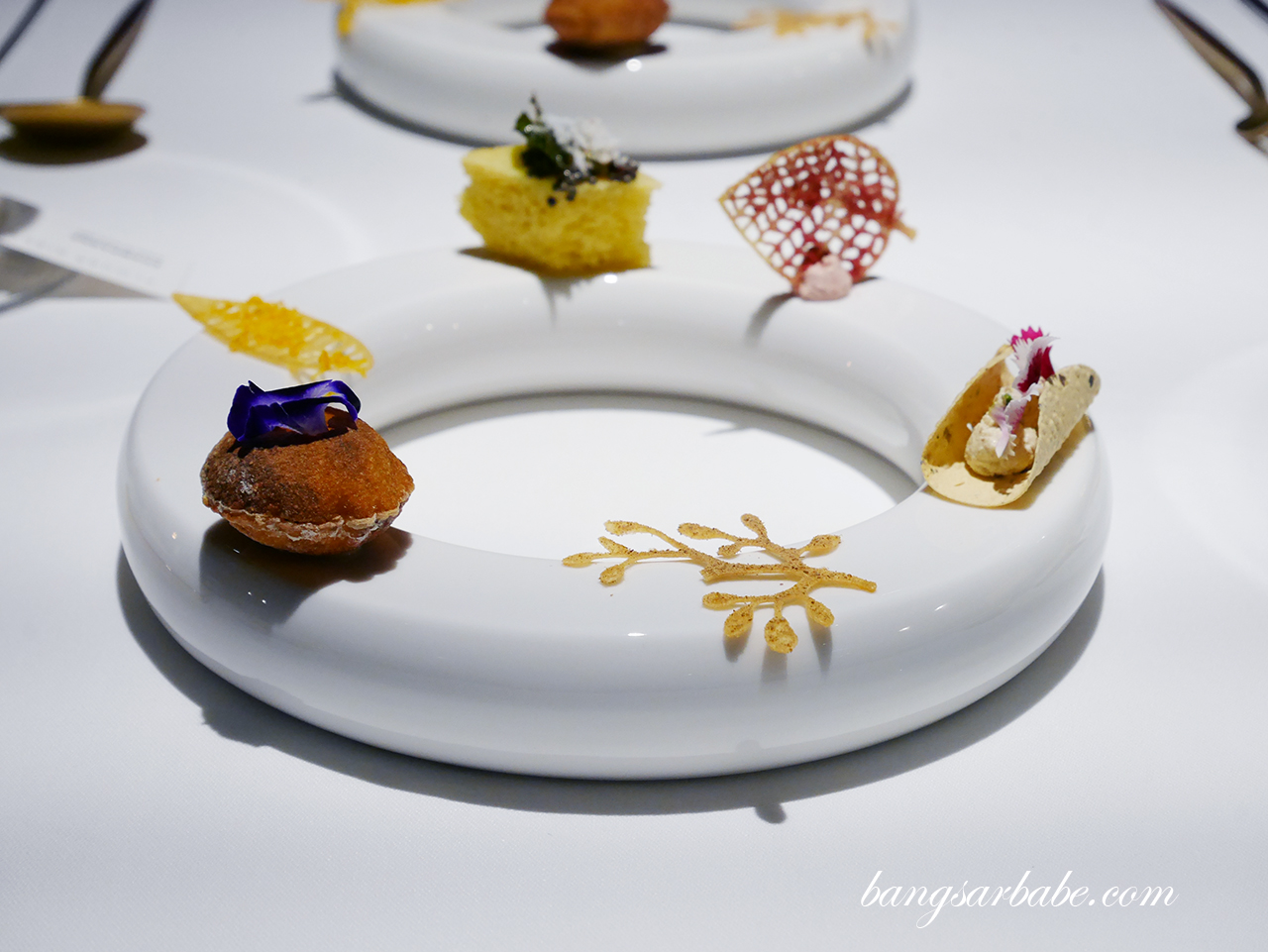 Croissant and Indian bread are served with cumin butter, before the first course is presented – The Circle. Puffed potato crisp with tamarind yogurt, taro with ricotta cheese and a savoury sponge cake. There is no sequence to this dish; you start and end where you like. Your terms. 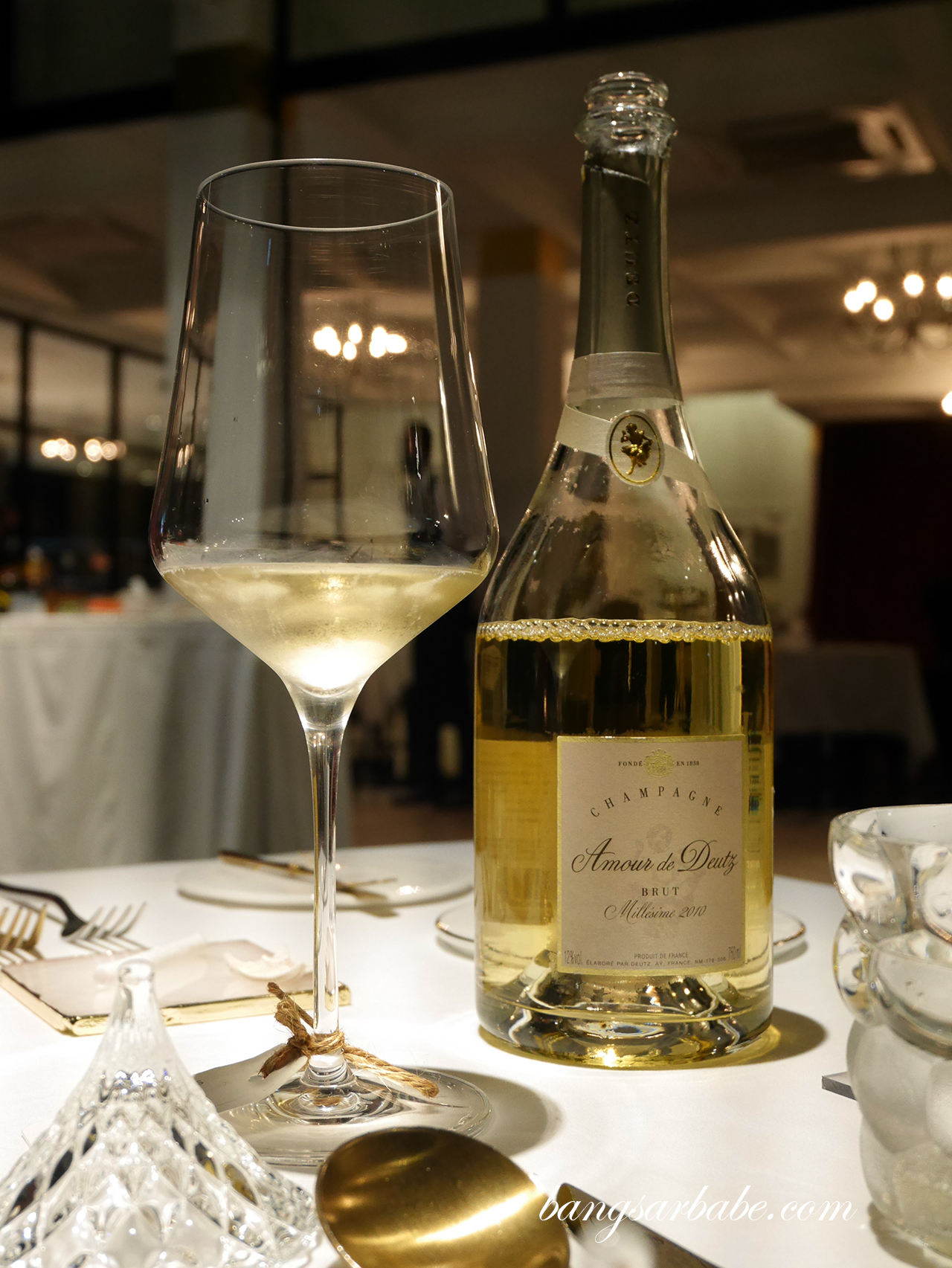 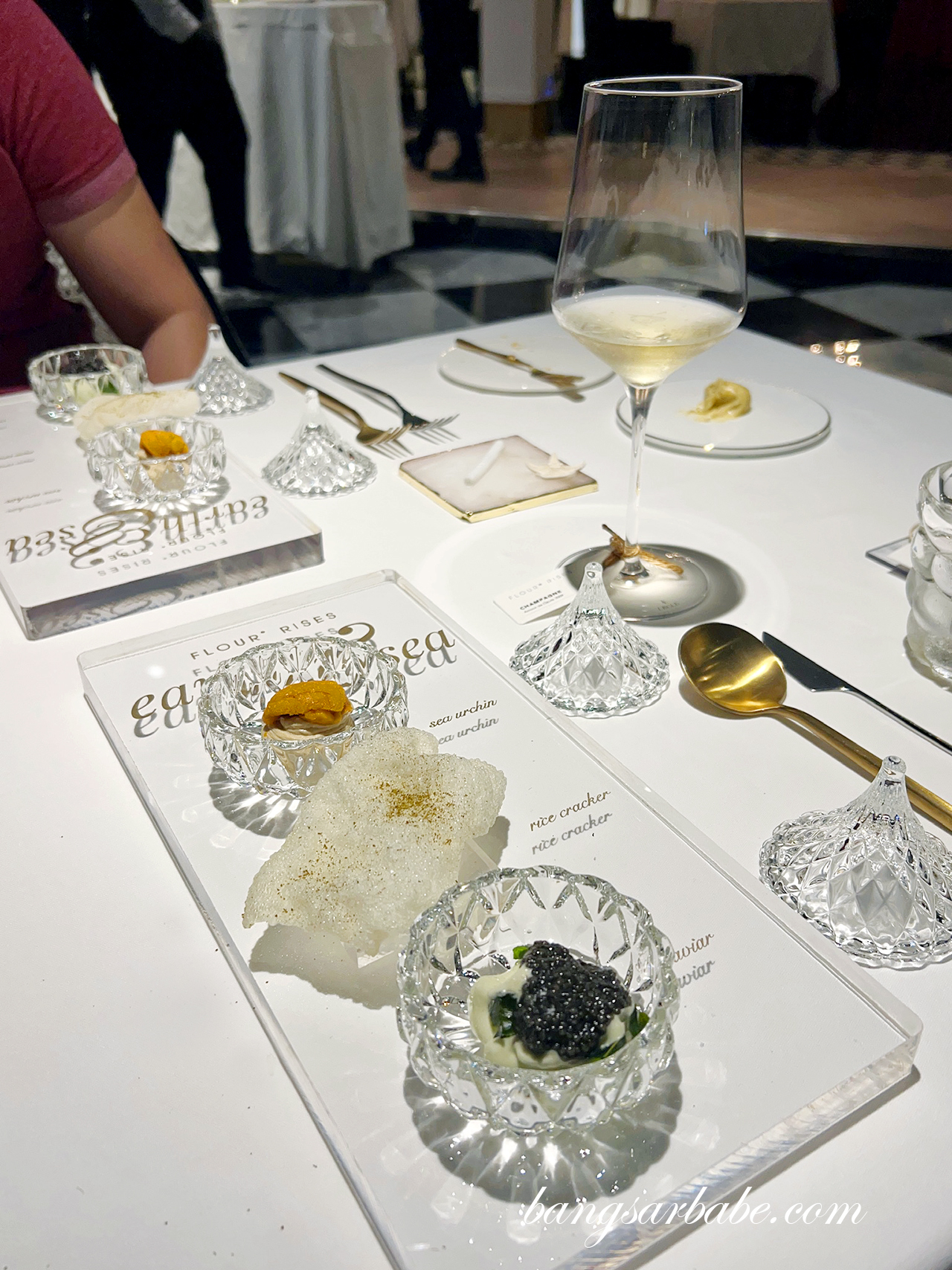 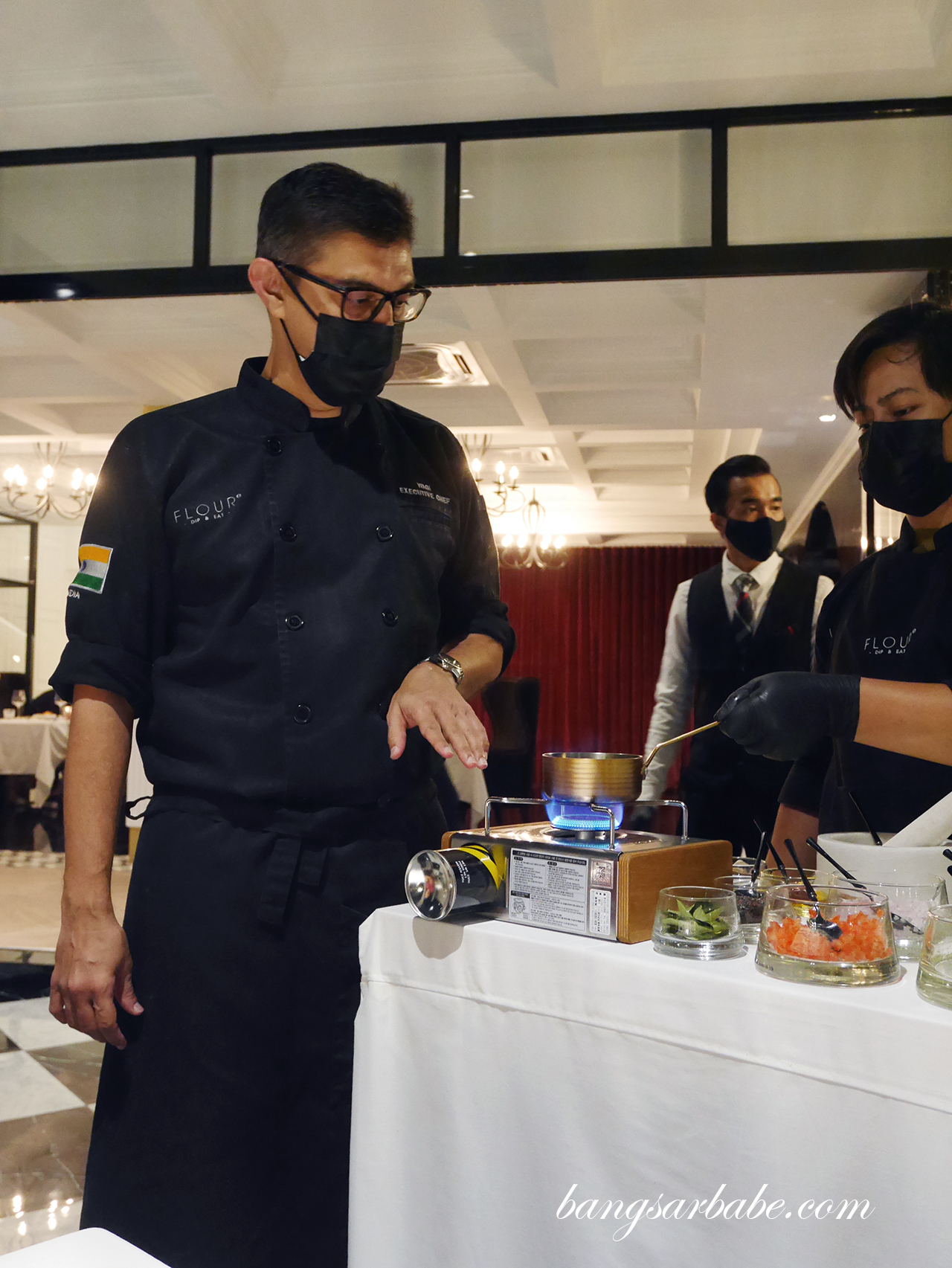 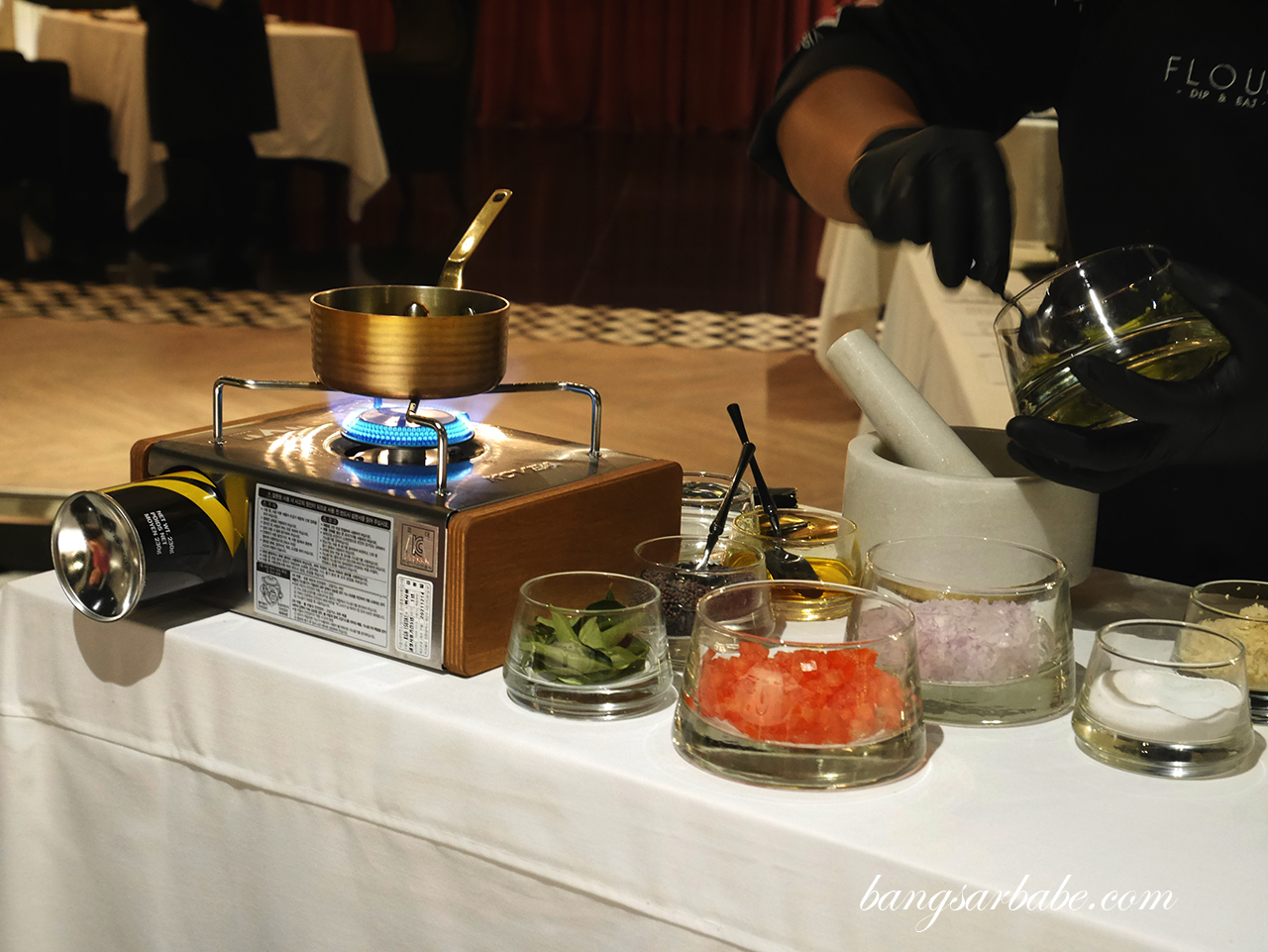 Mexico Meets India is presented tableside – the guacamole is packed with flavour and marries well with the sweet and crisp texture of the Sabah white prawn. The tuile at the bottom? That is FLOUR’s interpretation of “ghevar”. It was a lovely dish. 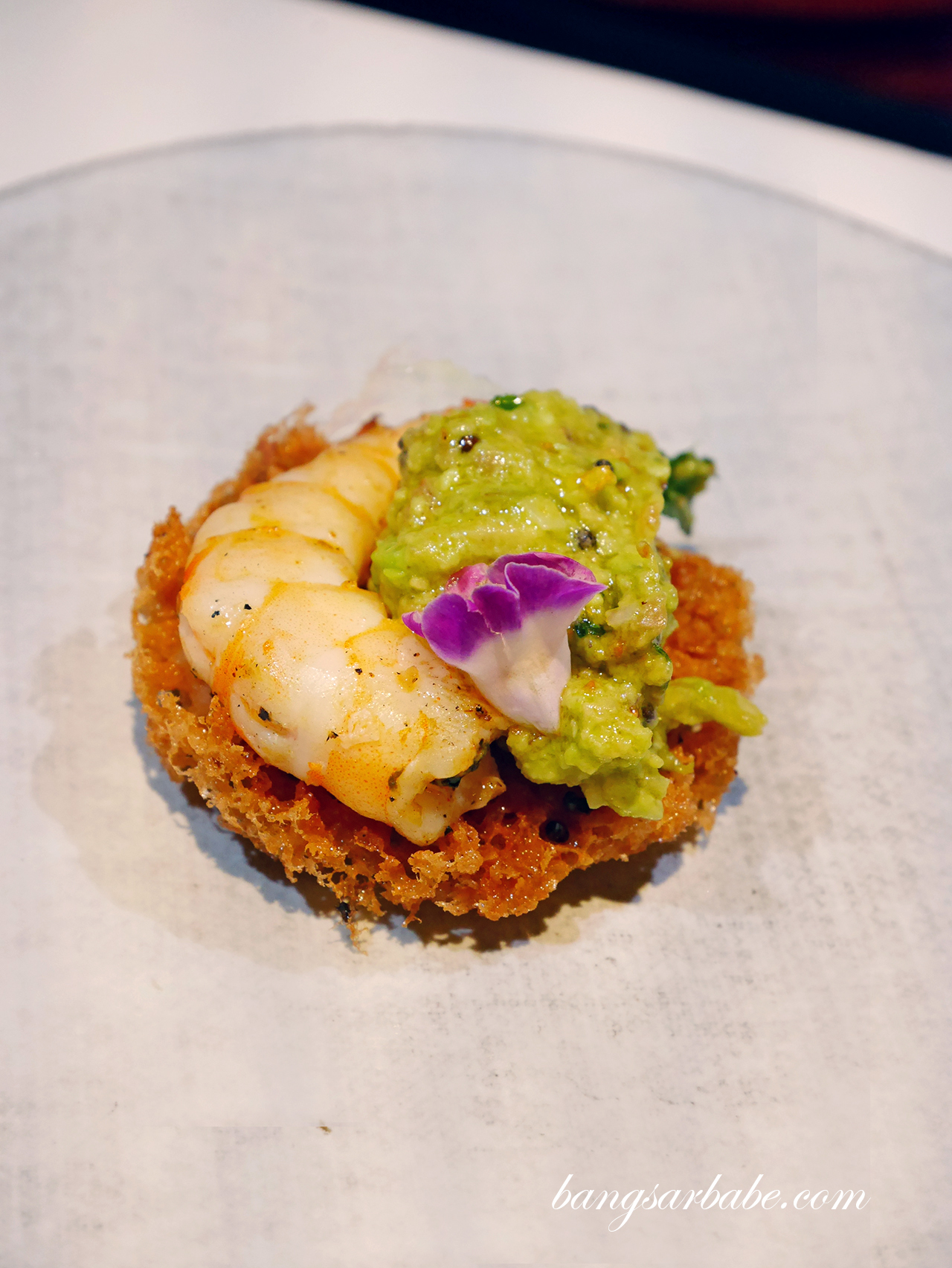 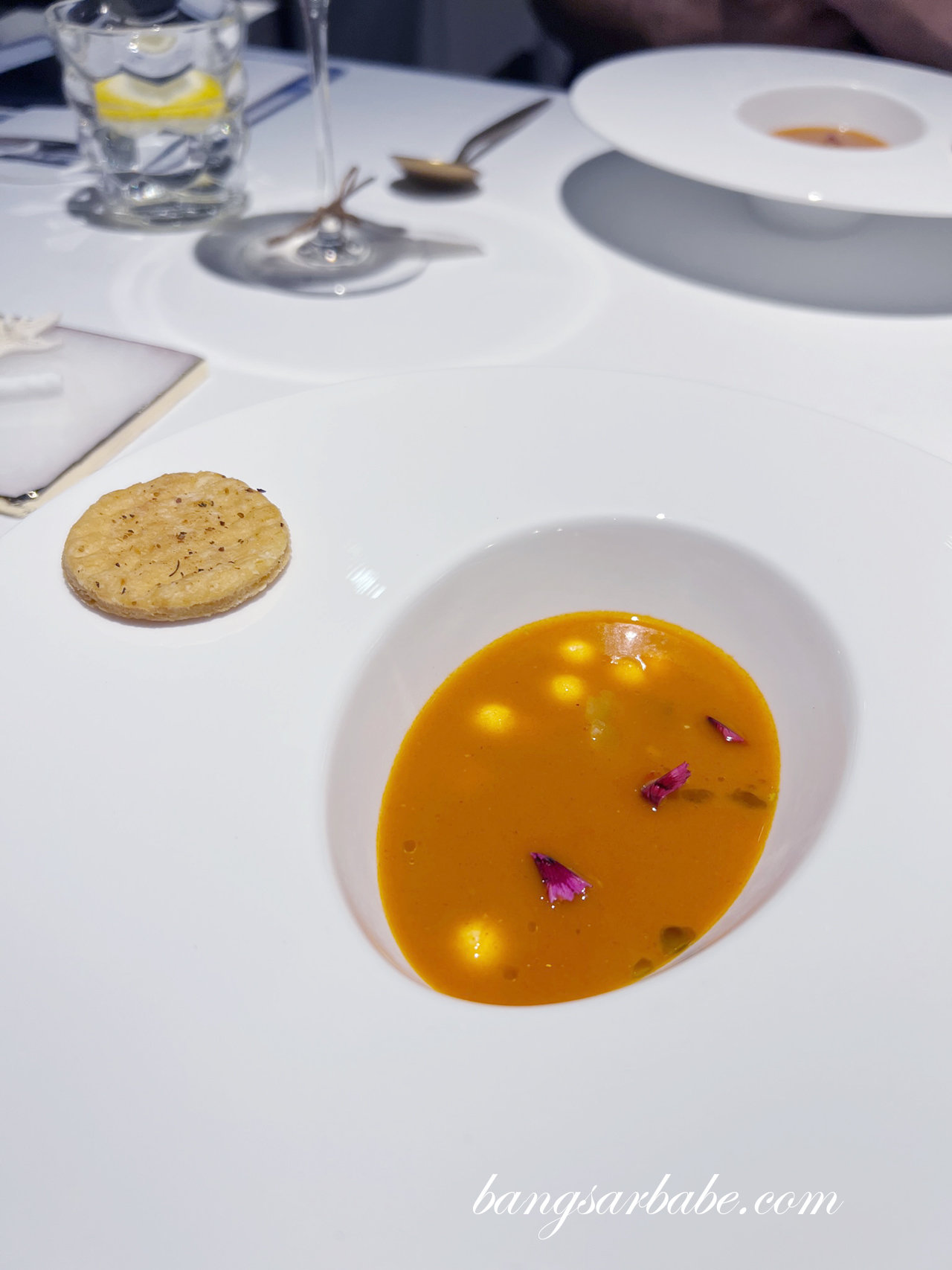 Shorba is served after – a robust tomato soup with scallop pearls, cumin-based spice and red chilli. Spanish tomatoes are used because they are the best in season and the idea of chili is meant to cool down the body. Something I learnt from Chef Yogi, who bases his cooking foundation on Ayurvedic principles. 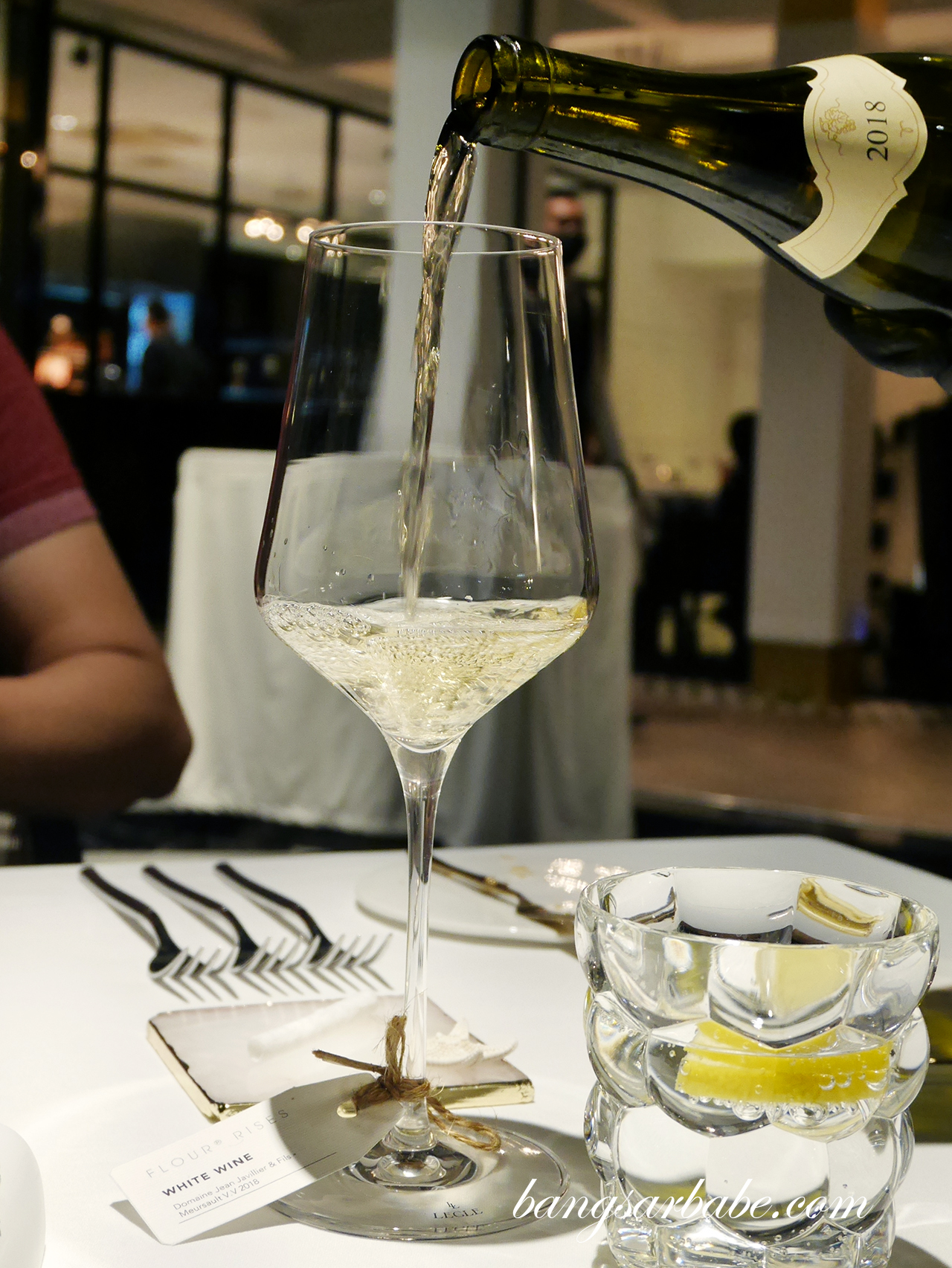 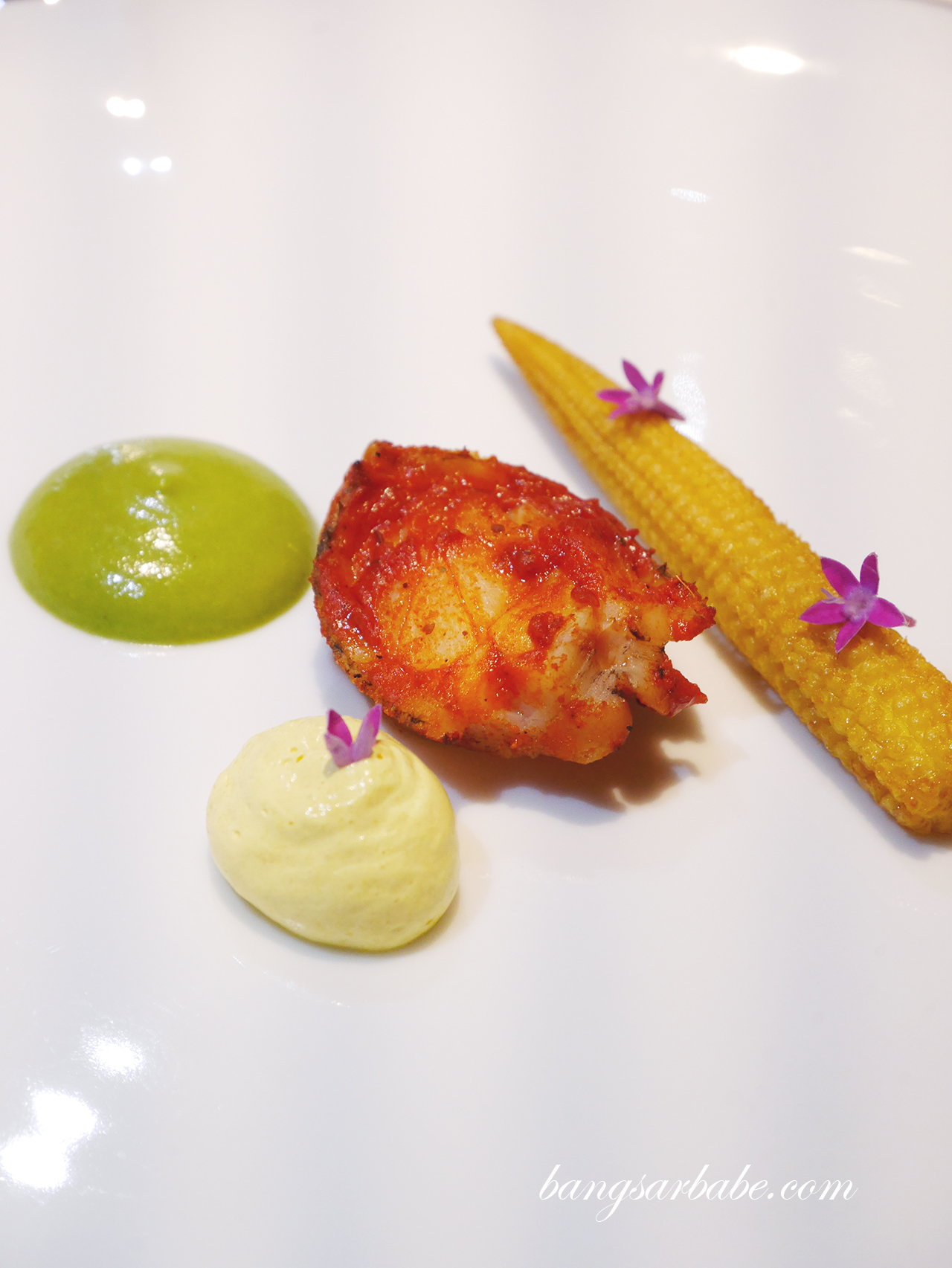 While it wasn’t intentional, FLOUR’s Tumeric & Mustard brought glimpses of what I enjoyed in its old location. The plating is as French as it can get but the seasoning on the abalone and turmeric leaves gives me a sense of Déjà vu – it’s as though I could taste “butter chicken” in the abalone. 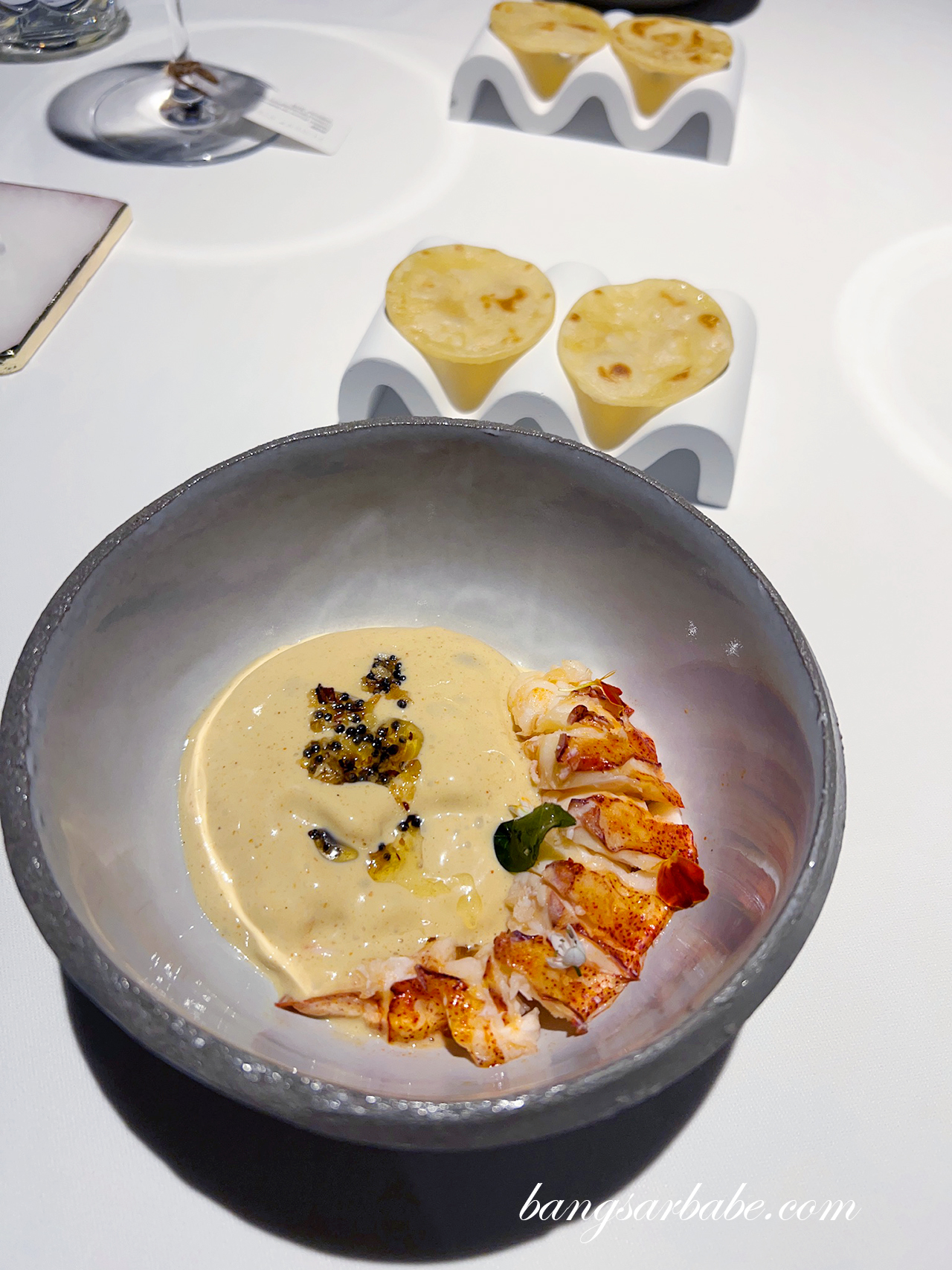 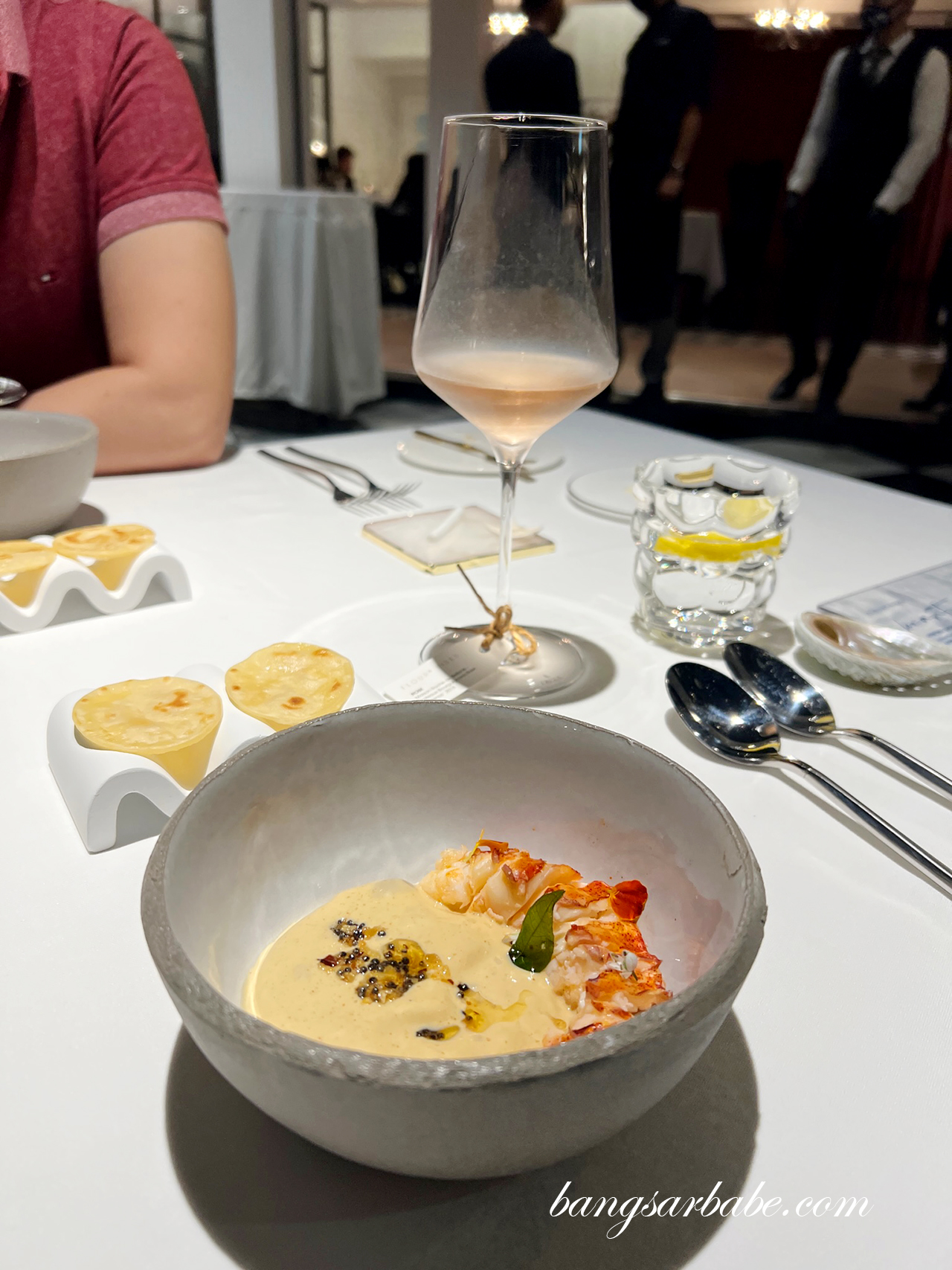 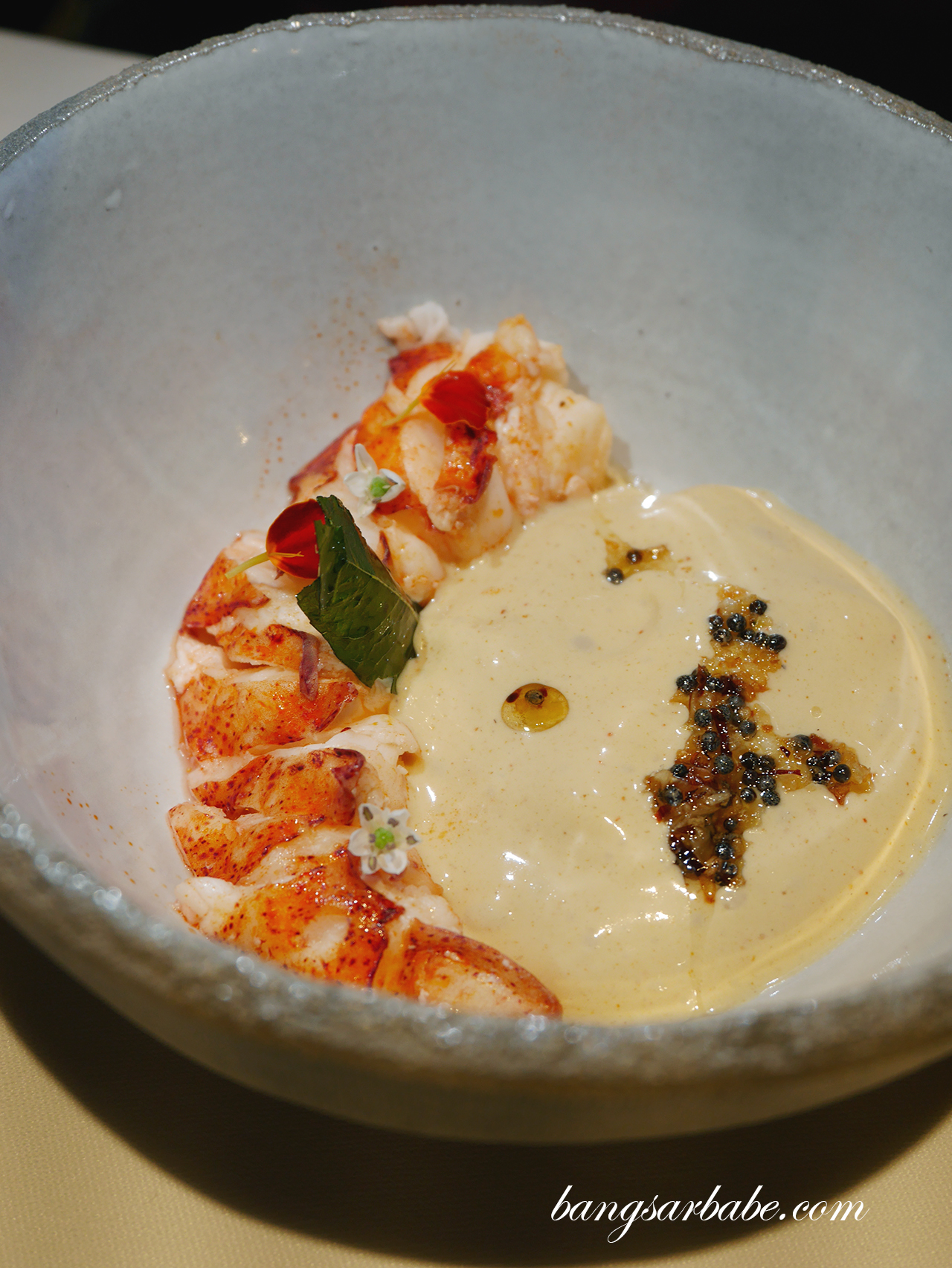 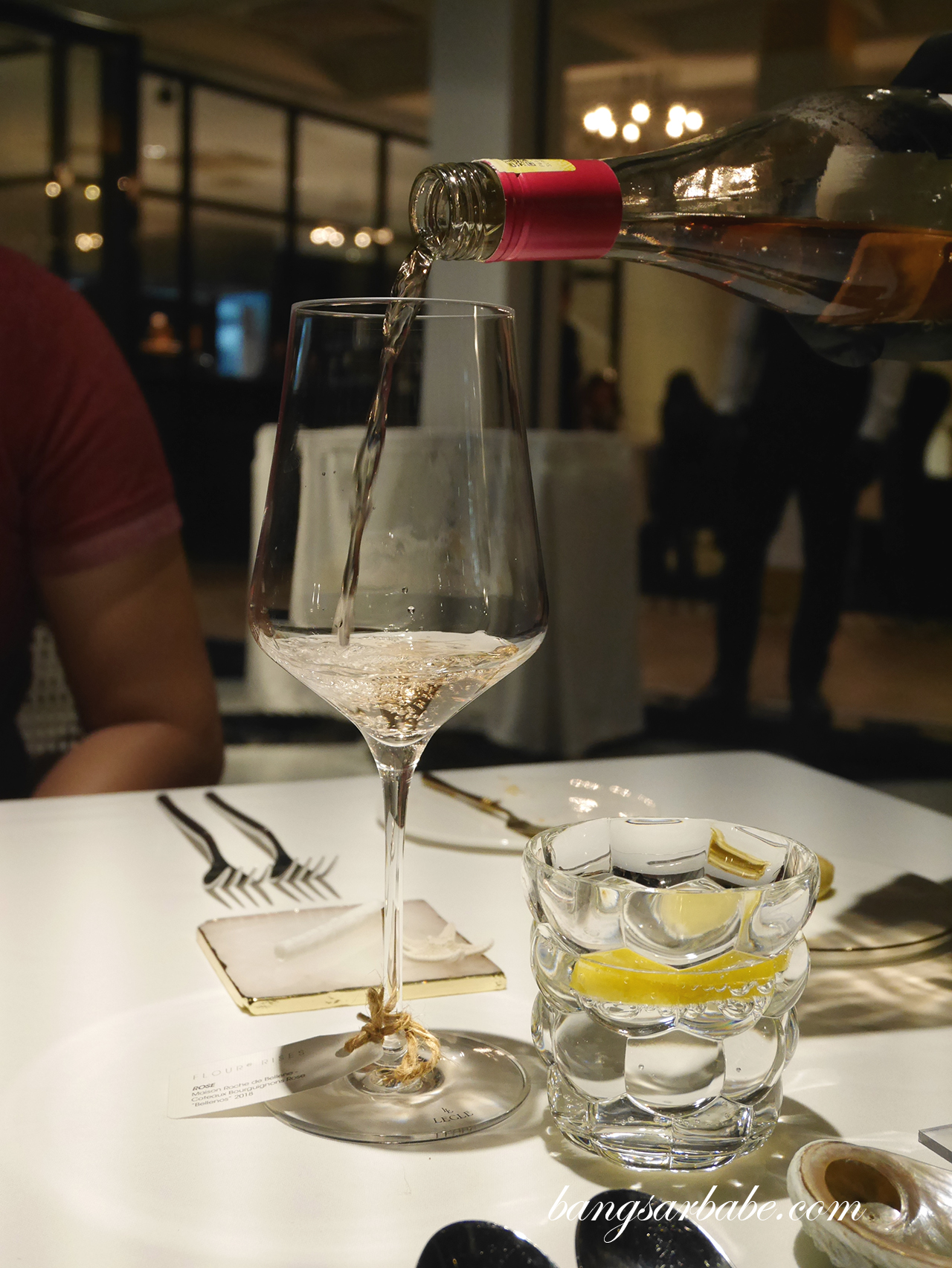 Kerala is comfort in a bowl. Perfectly cooked lobster with coconut sauce, served with Indian bread, it was indulgent yet familiar in terms of spices, texture and aroma. We move on to East & West Coast, presented in a sphere. Alaskan cod, shallot sauce tampered in mustard oil and rosematta rice are unveiled beneath the sphere. 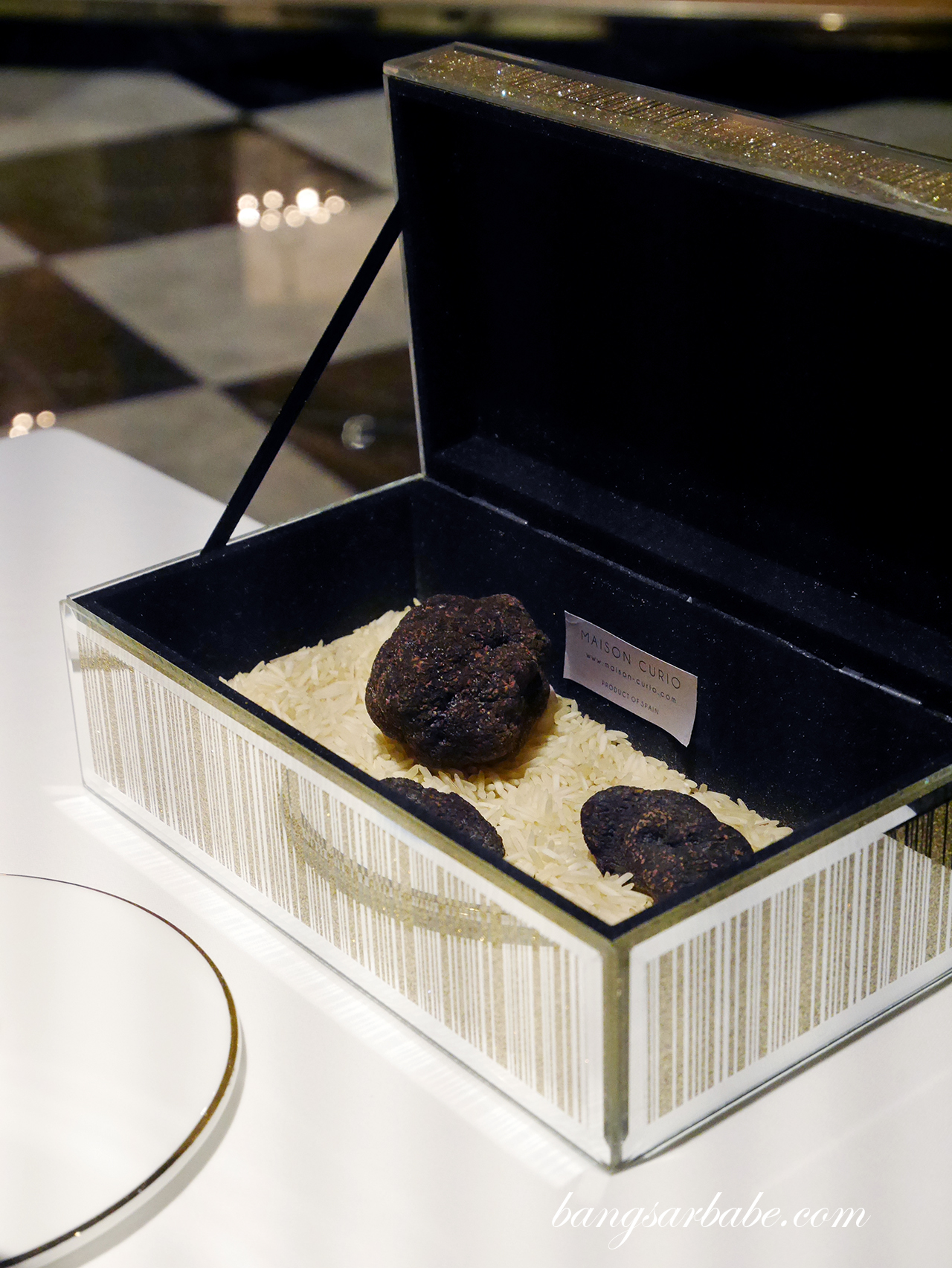 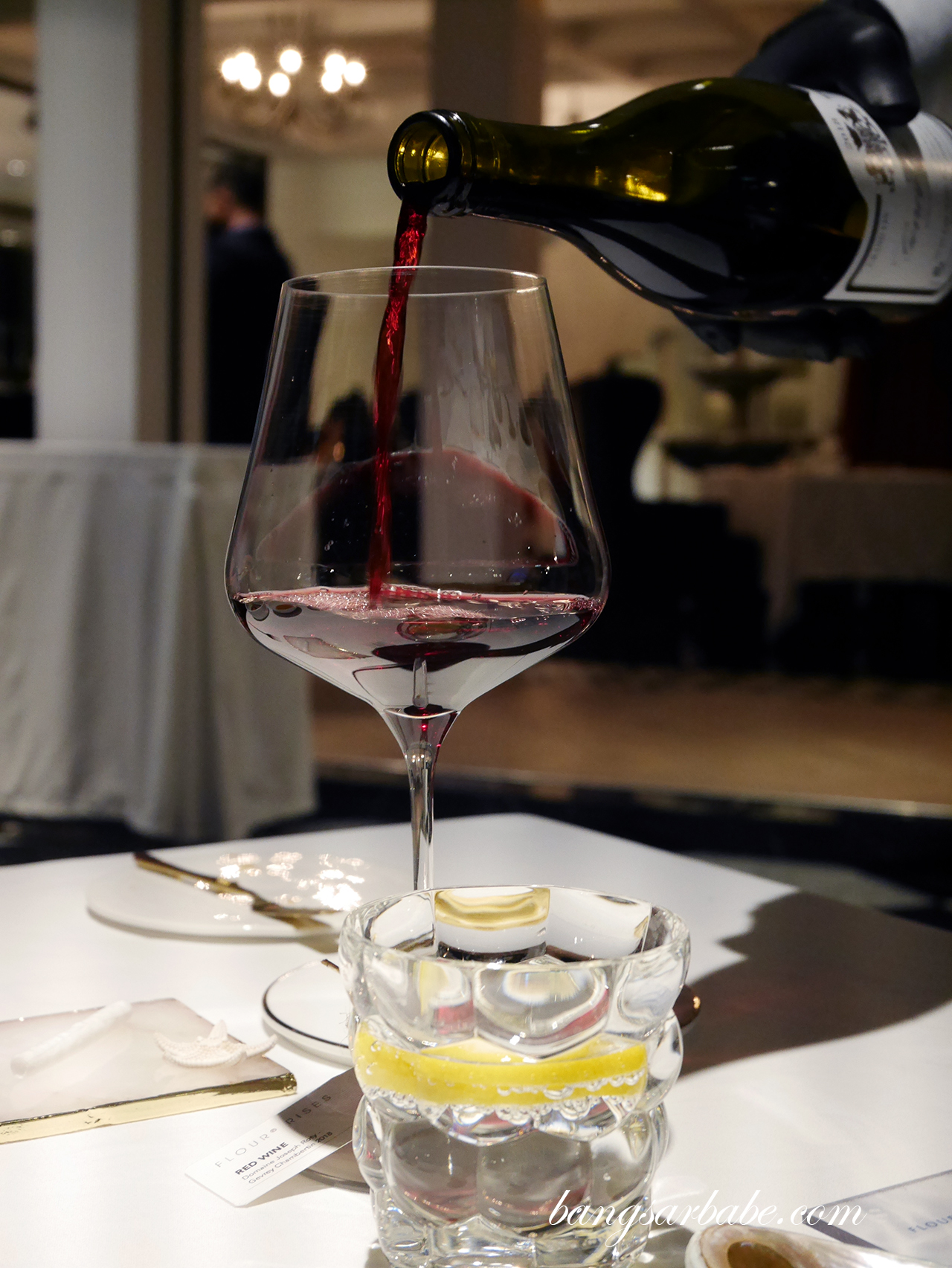 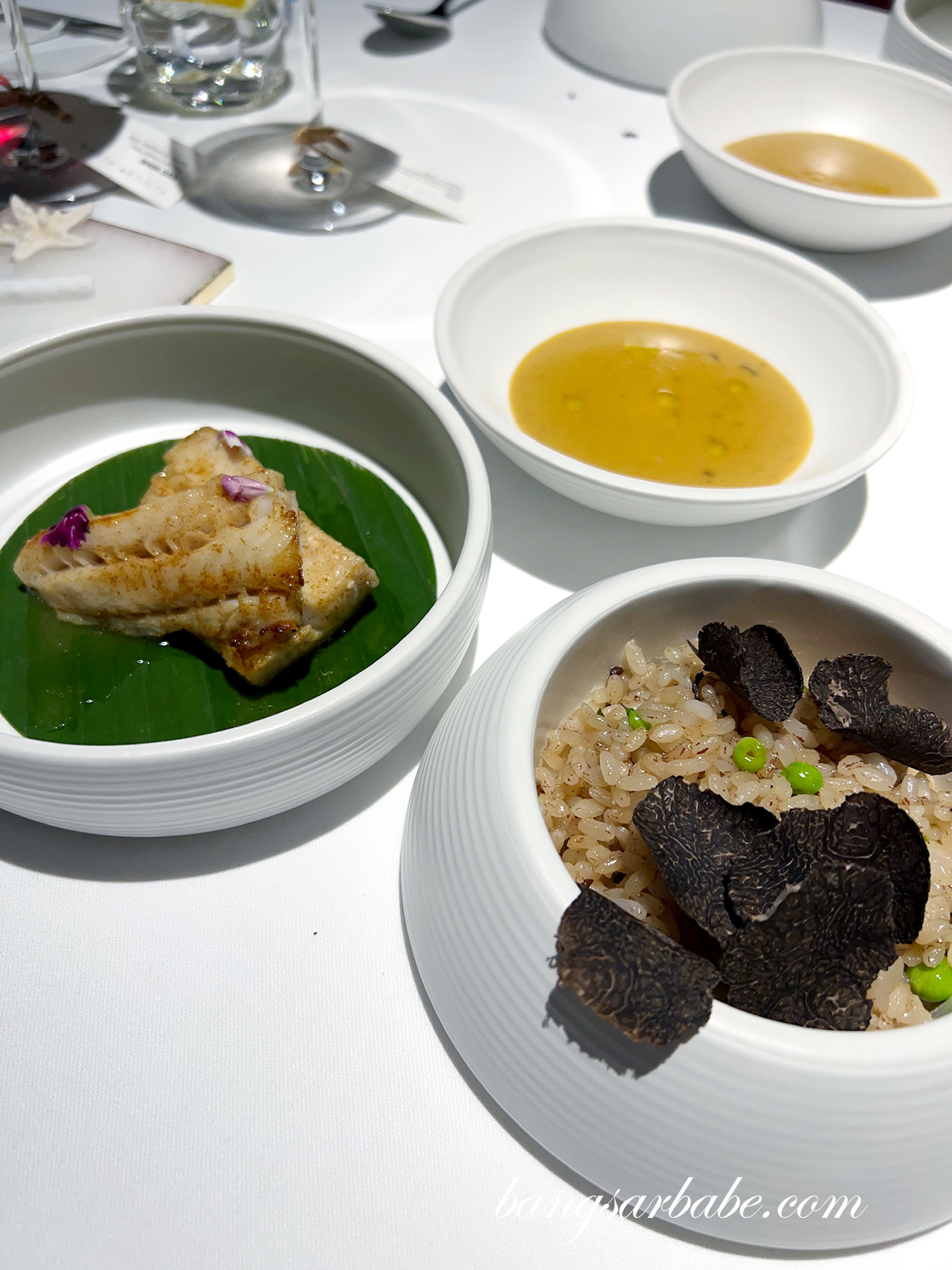 What I like about my experience at FLOUR is how decadent and punchy the flavours are, but they don’t cloy. The rosematta rice has zero starch, making it easy to eat. That said, we both thought the shallot sauce could use more umami / richness to finish on a bolder note. [Chef Yogi informed me the following day that he made a minor tweak to the sauce so it is now richer in flavour.] 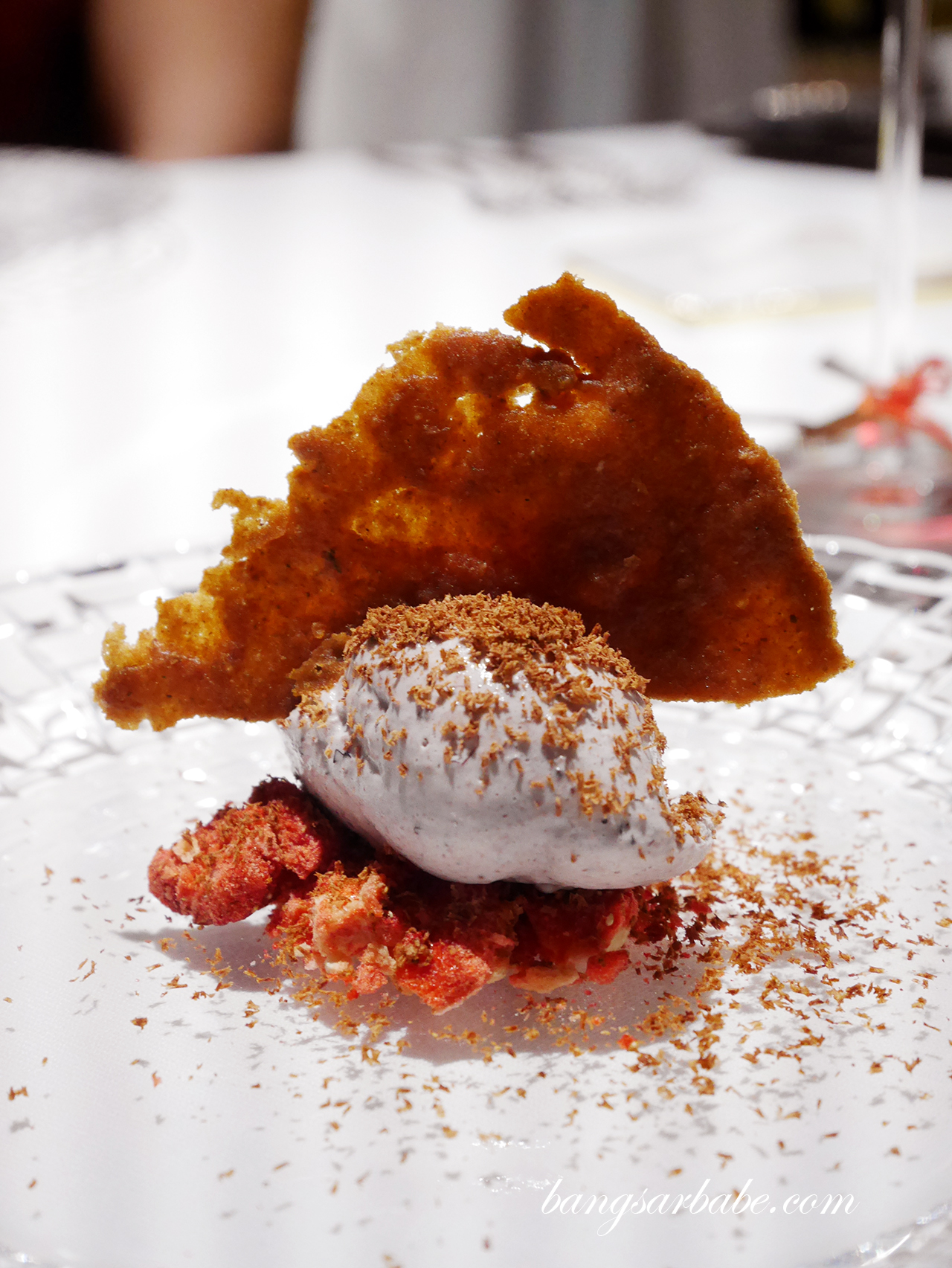 Now We Are Free

Now We Are Free is the only course carried forward from FLOUR’s previous menu – you’re given a set of (sanitized) headphones to put on, and asked to “be selfish”, focus on only yourself and the dessert in front of you. 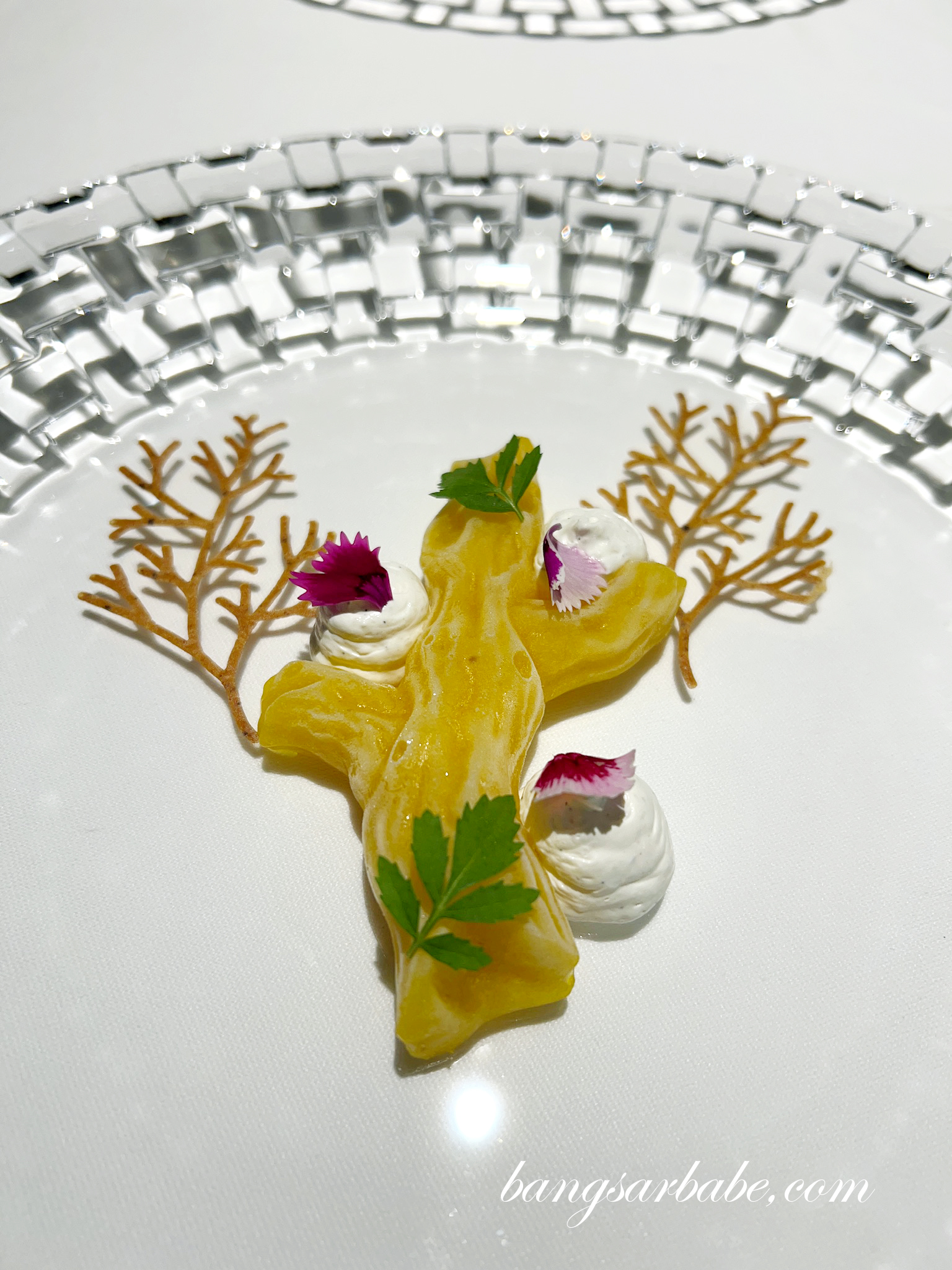 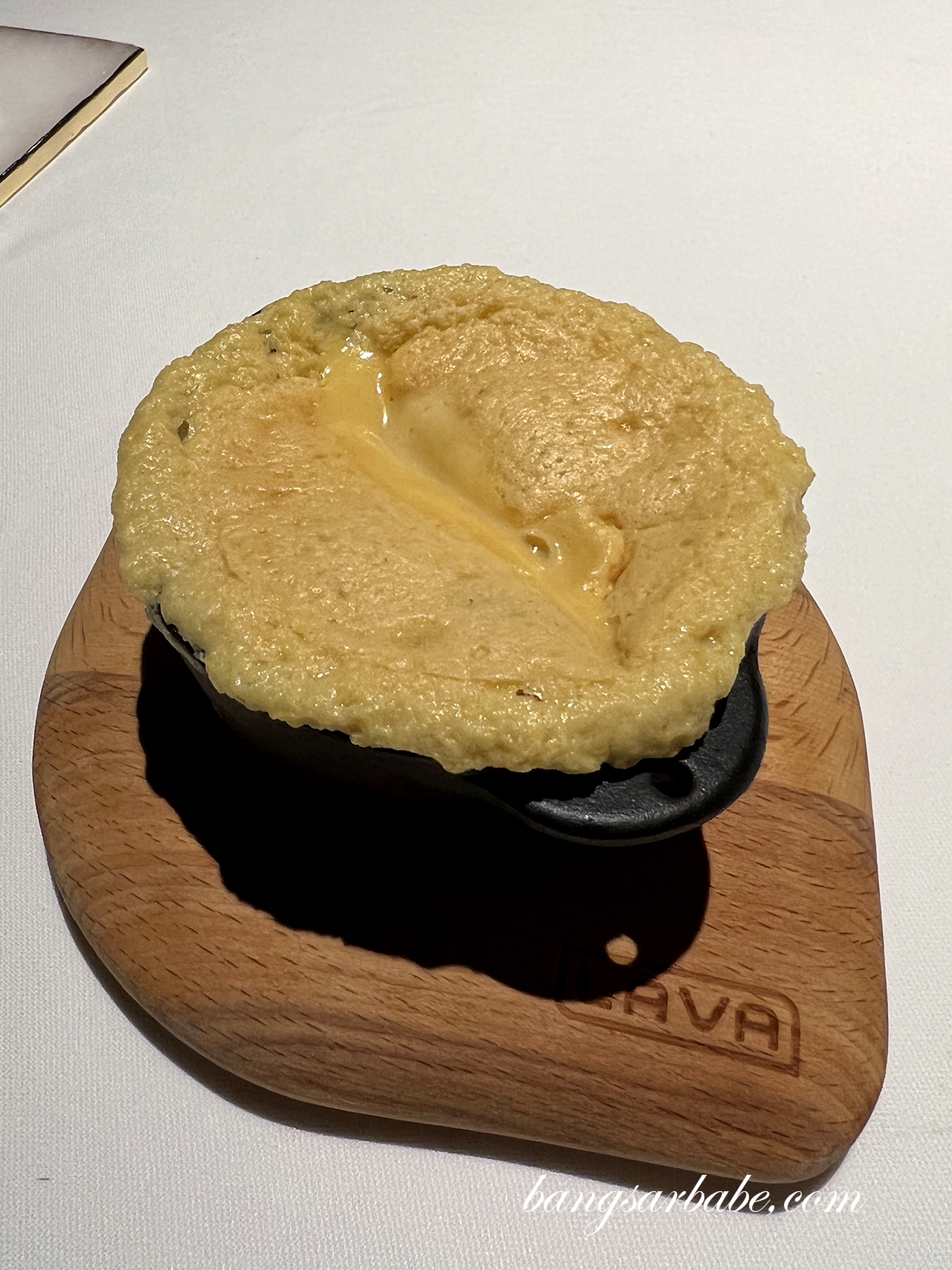 Passion of the Fruit

Ice & Cream showcases Peru mango with Madagascar vanilla and cinnamon roots. Light and refreshing with a sweet overtone from the cinnamon. My perception of what souffle should be is challenged via Passion of the Fruit. FLOUR presents an orange and vanilla souffle without the flour (pun intended) and tops it with apricot crème anglaise. 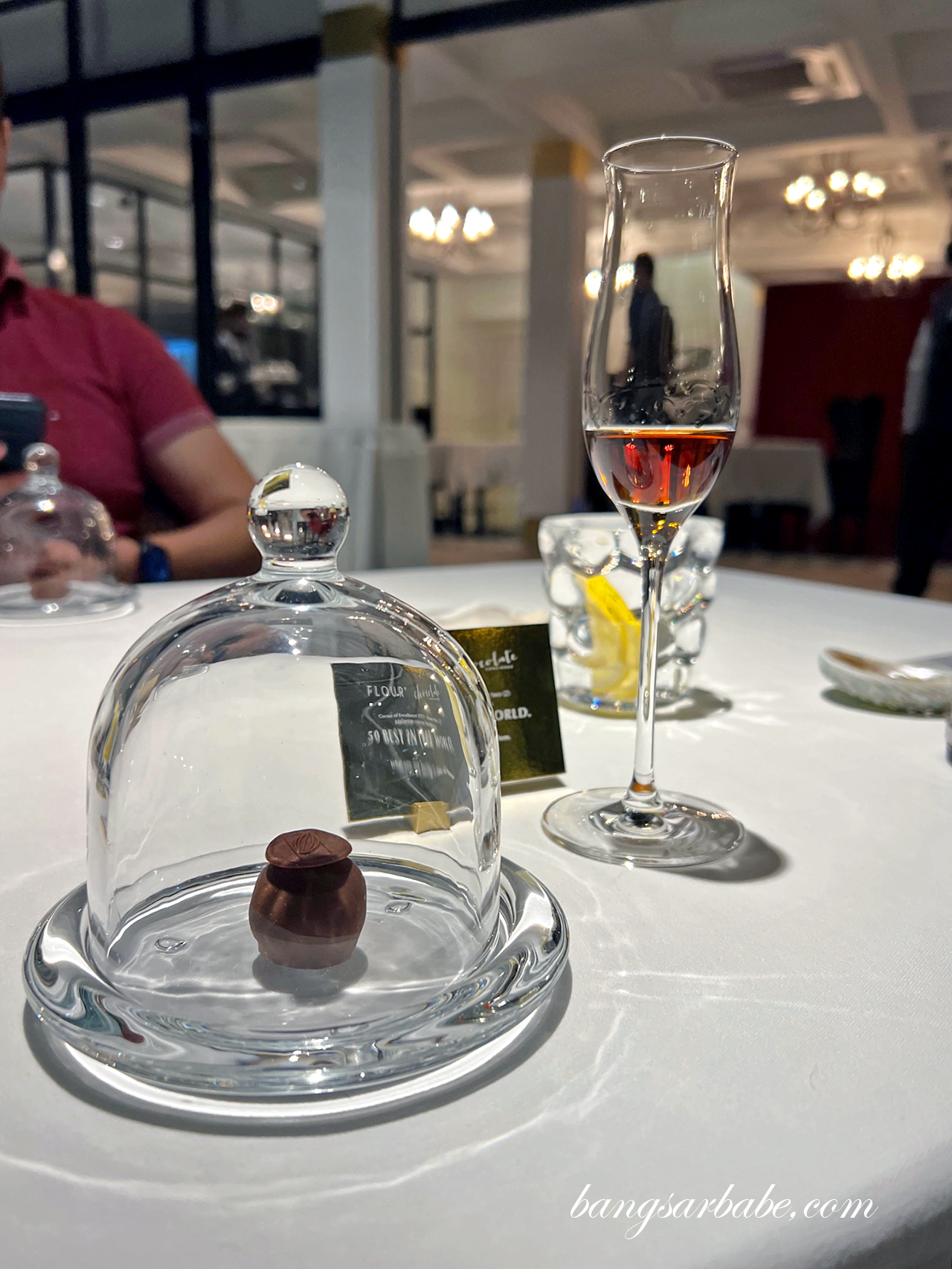 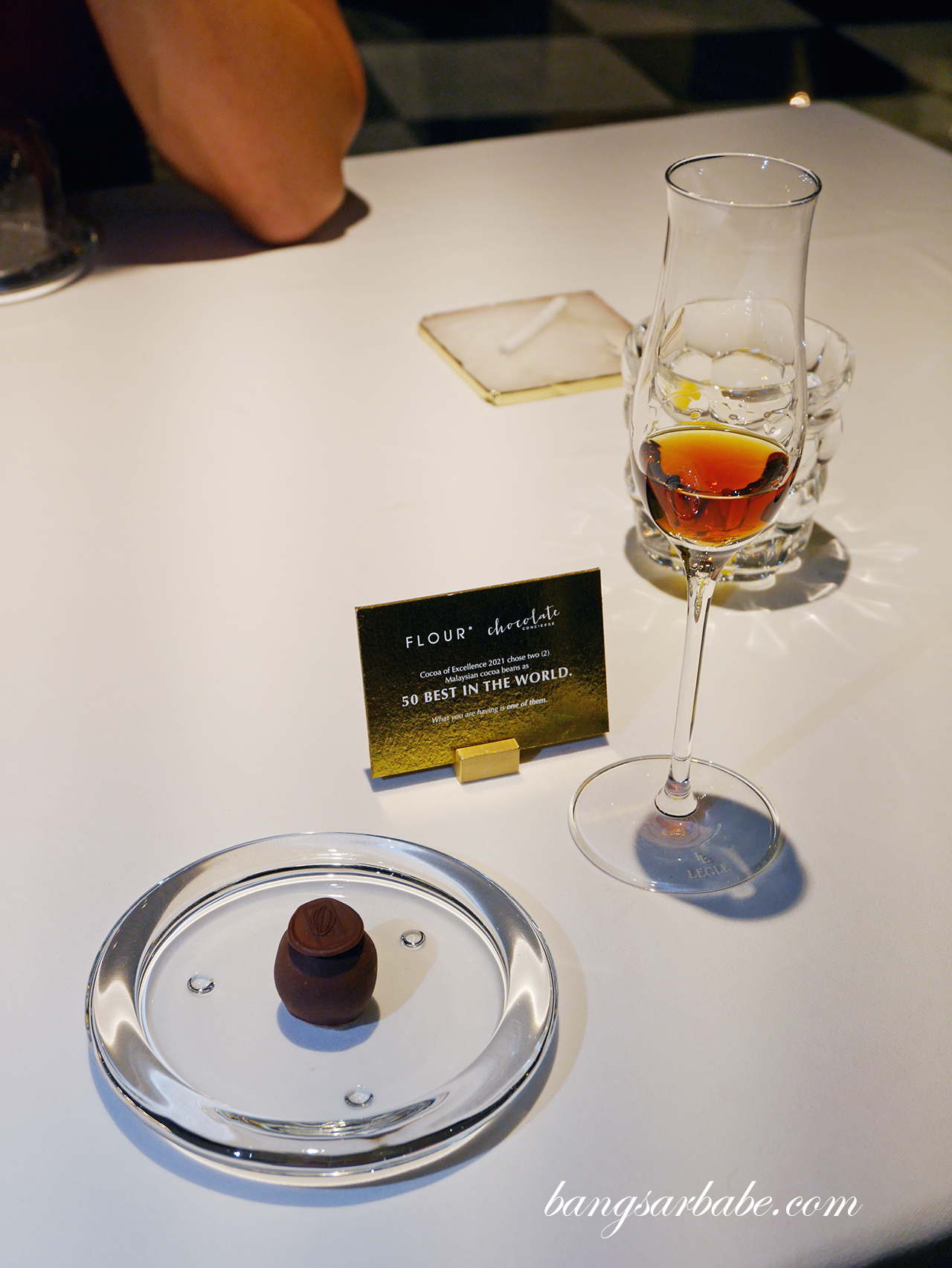 I came to FLOUR unaware of what I was to experience and left with a better understanding of culture and the potential of Indian cuisine – one that FLOUR aspires to redefine.

Is the food worth the price tag? YES, given the quality of ingredients and finesse in execution. And I walked out feeling satisfied (not overstuffed, not under) and woke up feeling good the next day. I reckon it’s because of Yogi’s emphasis on balance and Ayurveda principles in his food.