How long would you wait for a bowl of pork noodles? 10 minutes? 30 minutes? Or an hour? The threshold of each individual is different and such differences became apparent when waiting for your bowl at the famous SS15 Pork Noodles. 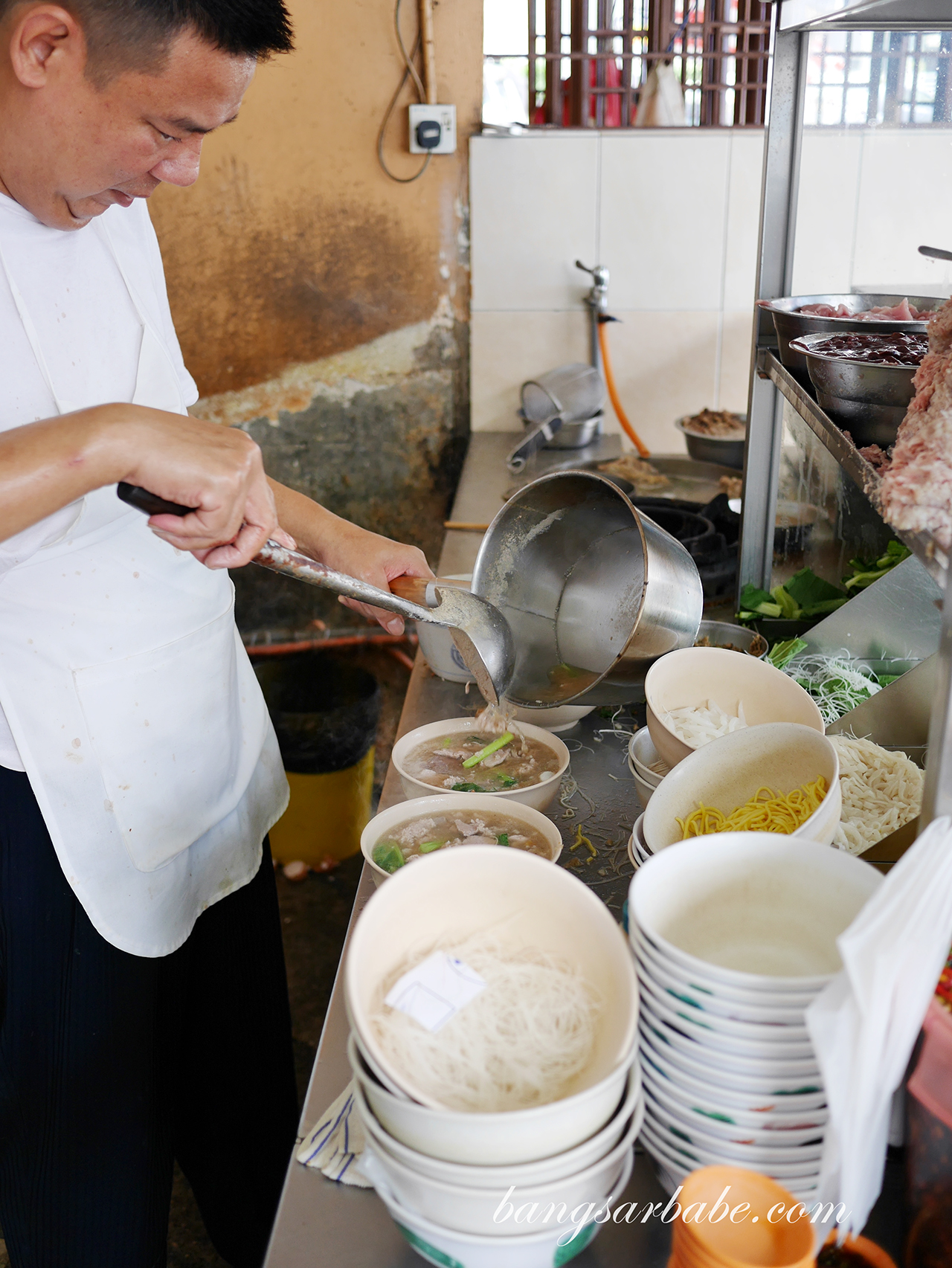 It’s been more than a year since Jien and I visited this stall because the wait became too long to bear. Last we went, we waited for 1.5 hours. This time around, we were better prepared. We ate brunch so waiting for an hour didn’t seem like too much of a torture. 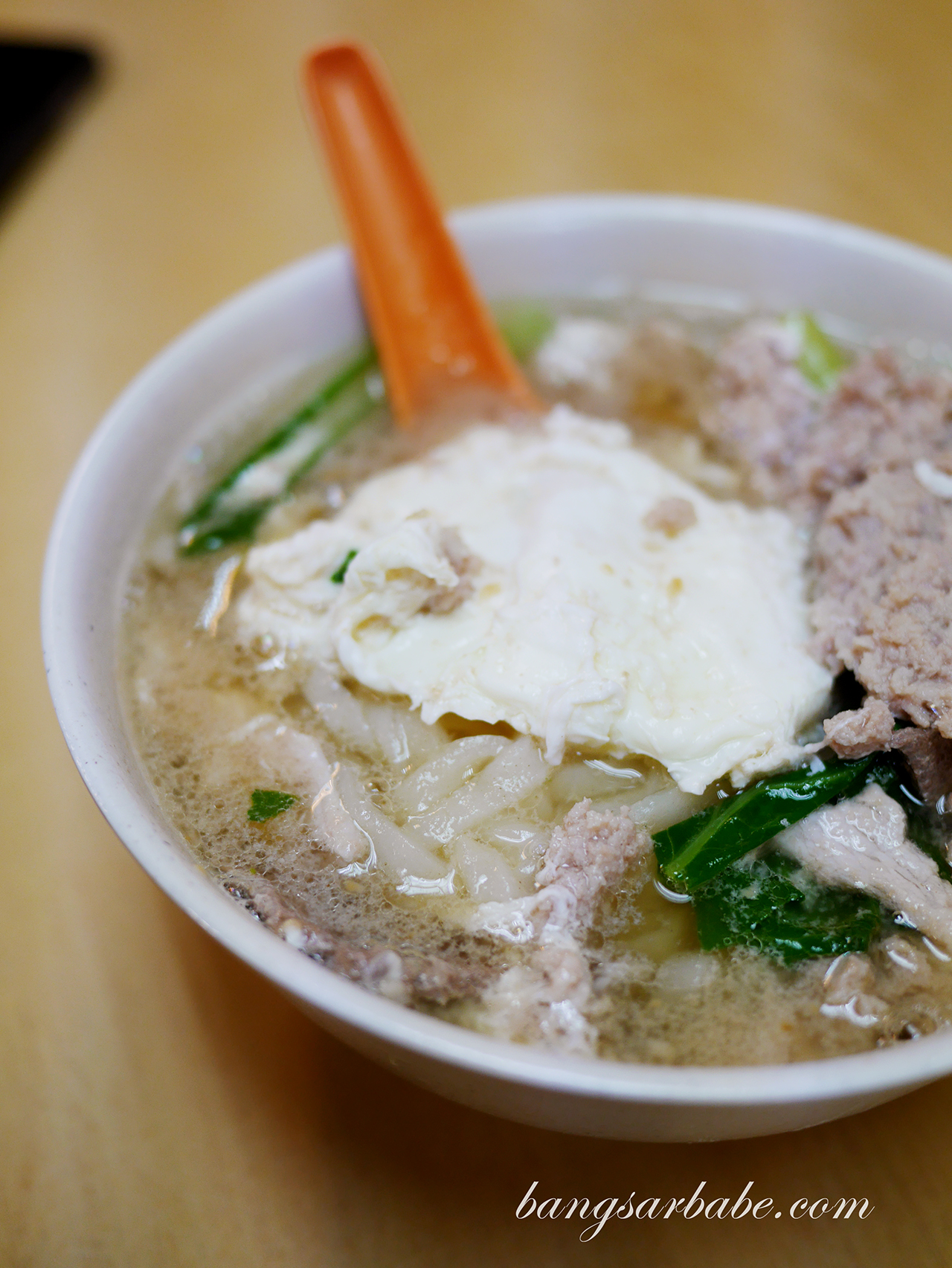 The uncle here makes the pork noodles bowl by bowl to ensure quality and consistency in his broth. This is also the reason why it takes ages before your bowl of noodles arrive. It doesn’t help when they are running on full house – then your noodles would take longer to reach you. 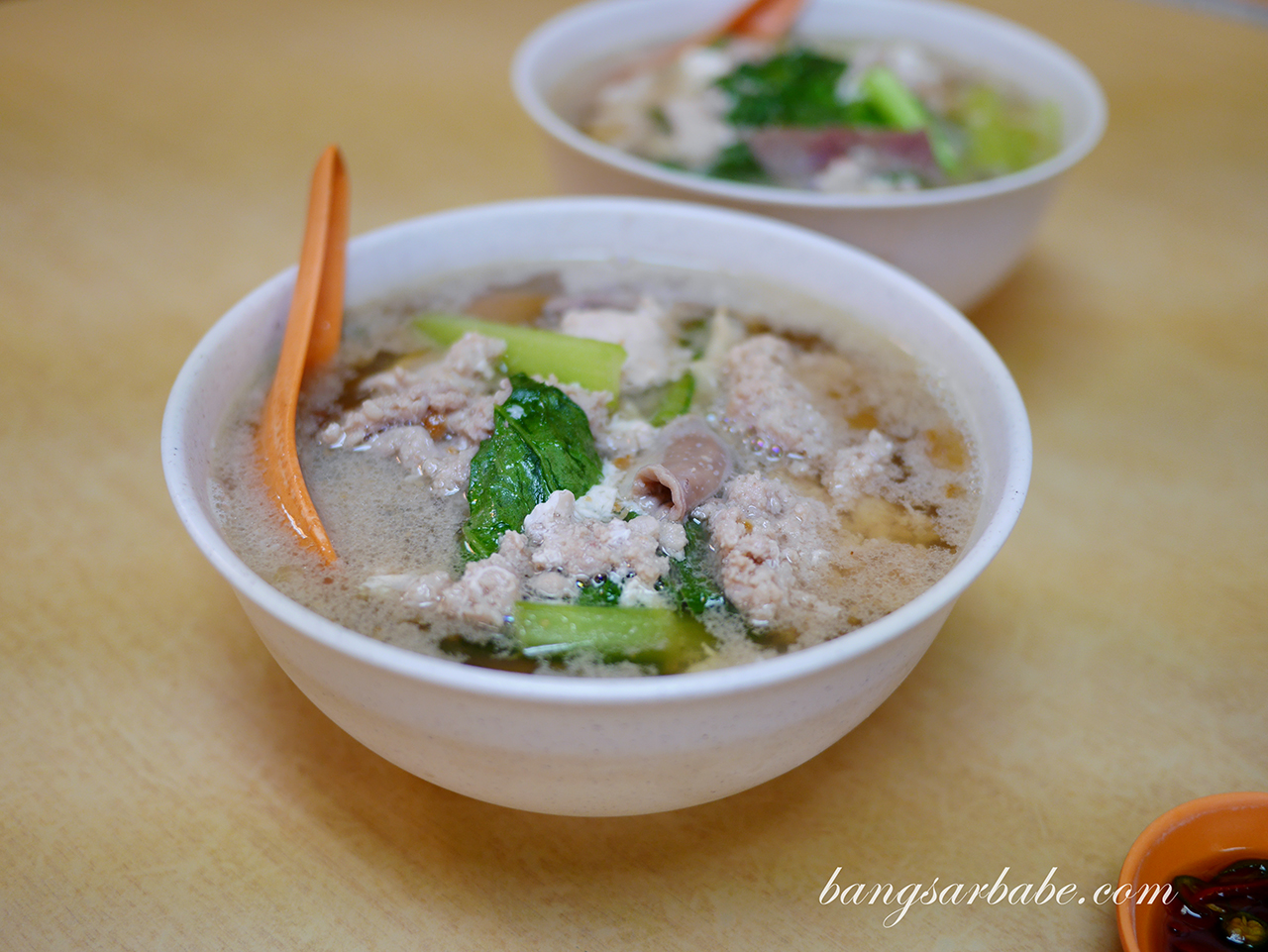 Pork noodles with the whole works

Portions are slightly on the smaller side so unless you’re a small eater, I suggest ordering a large bowl straight up. After all, you’re already going to wait for an hour – might as well make it count. The noodles were still as good as I remembered it to be, in sweet, porky broth. 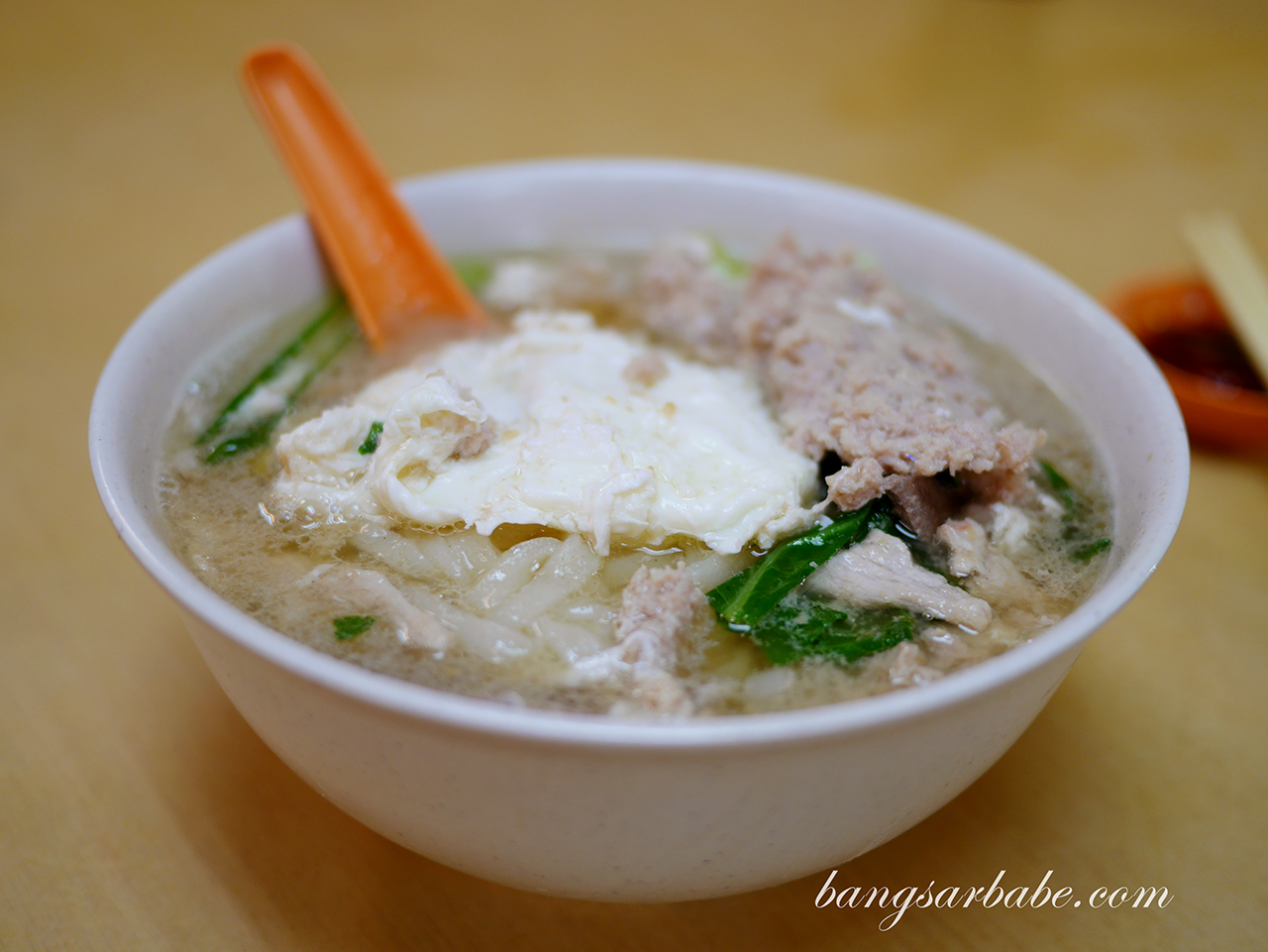 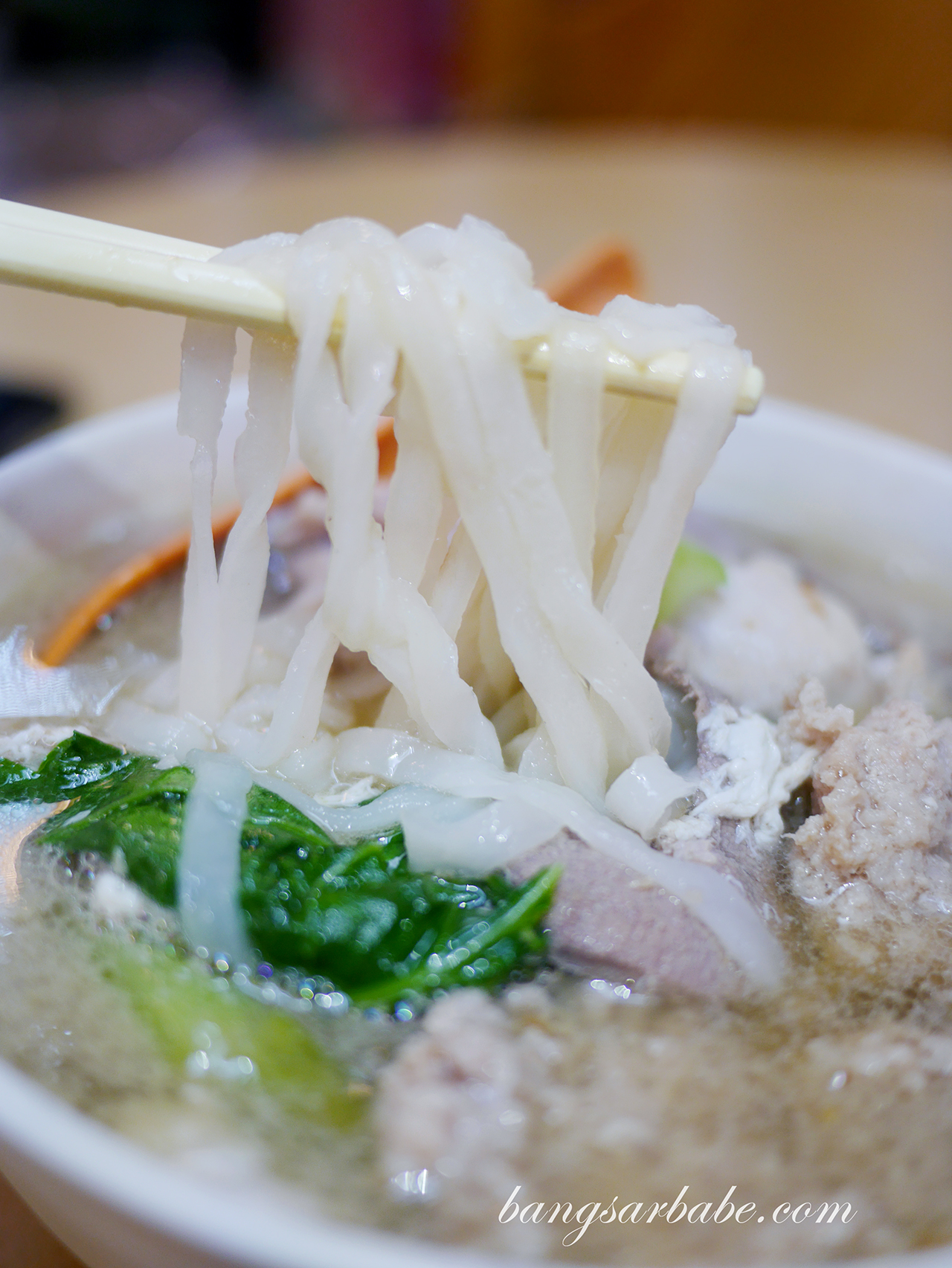 I always go for hor fun

You can opt to add an egg into the mix but I feel the broth tastes better without adulteration. You get a fair amount of minced pork and innards such as liver and intestines in your bowl. The latter two add more flavour to the broth so while I don’t eat them, I would have them in my soup just to make it richer. 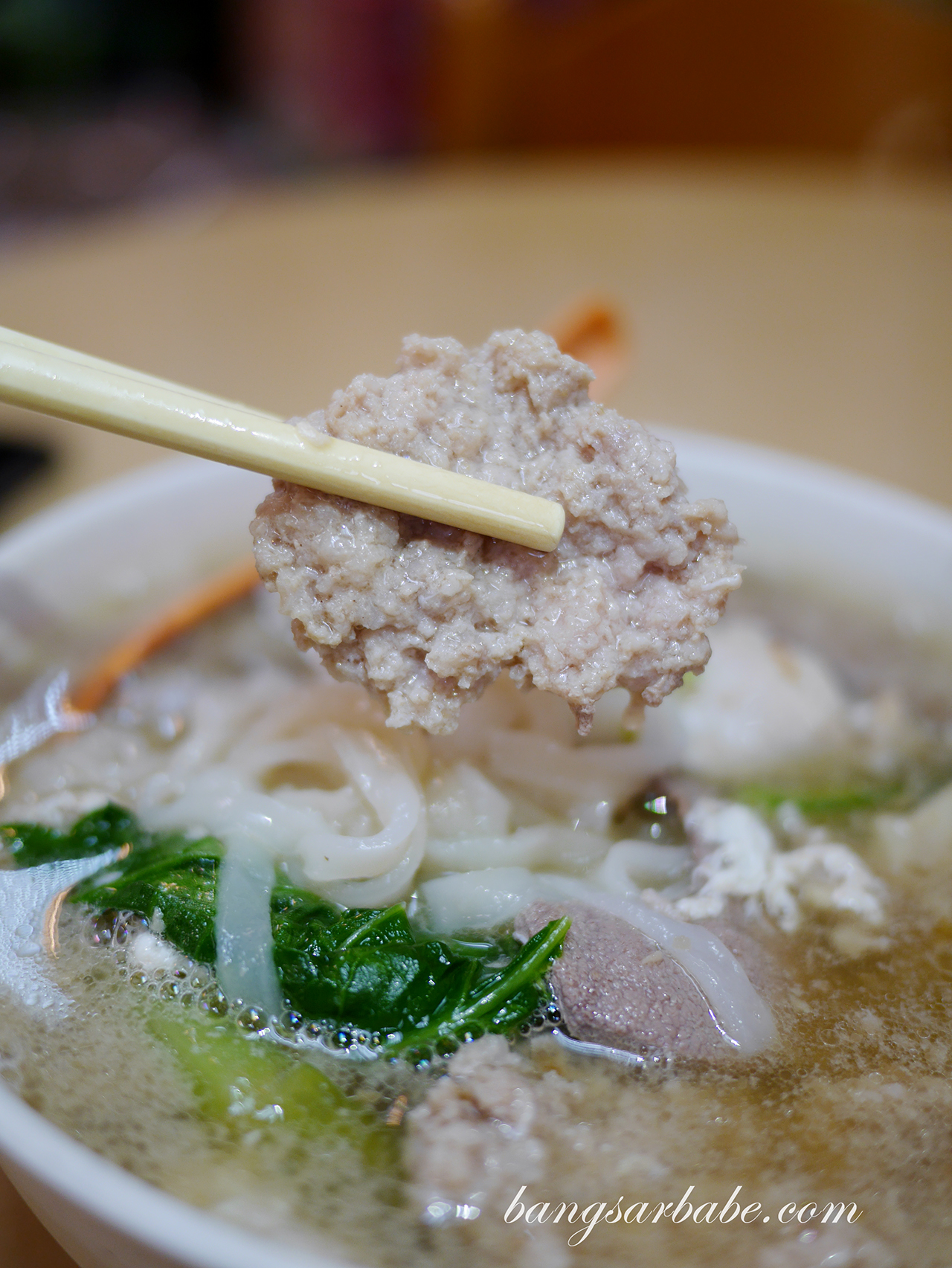 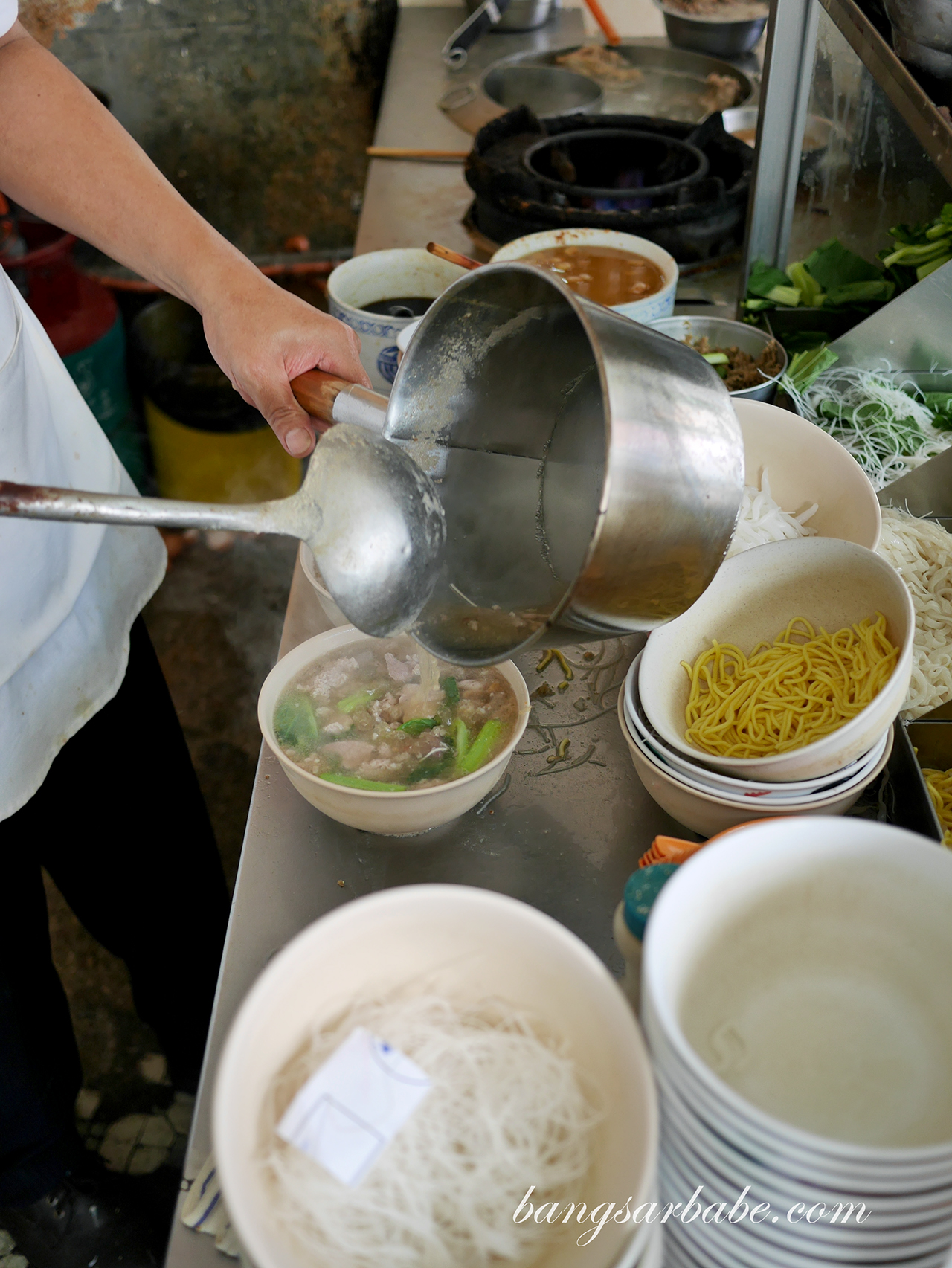 A large bowl costs RM10 while a small bowl is RM9. When it comes to SS15 pork noodles, you either go big or go home haha! Drinks are really expensive in this coffeeshop – I paid RM1 for a cup of Chinese tea.

The uncle has a brother selling pork noodles in SS3 as well, and I go there more often because the wait is just 30-40 minutes. More bearable, I reckon. 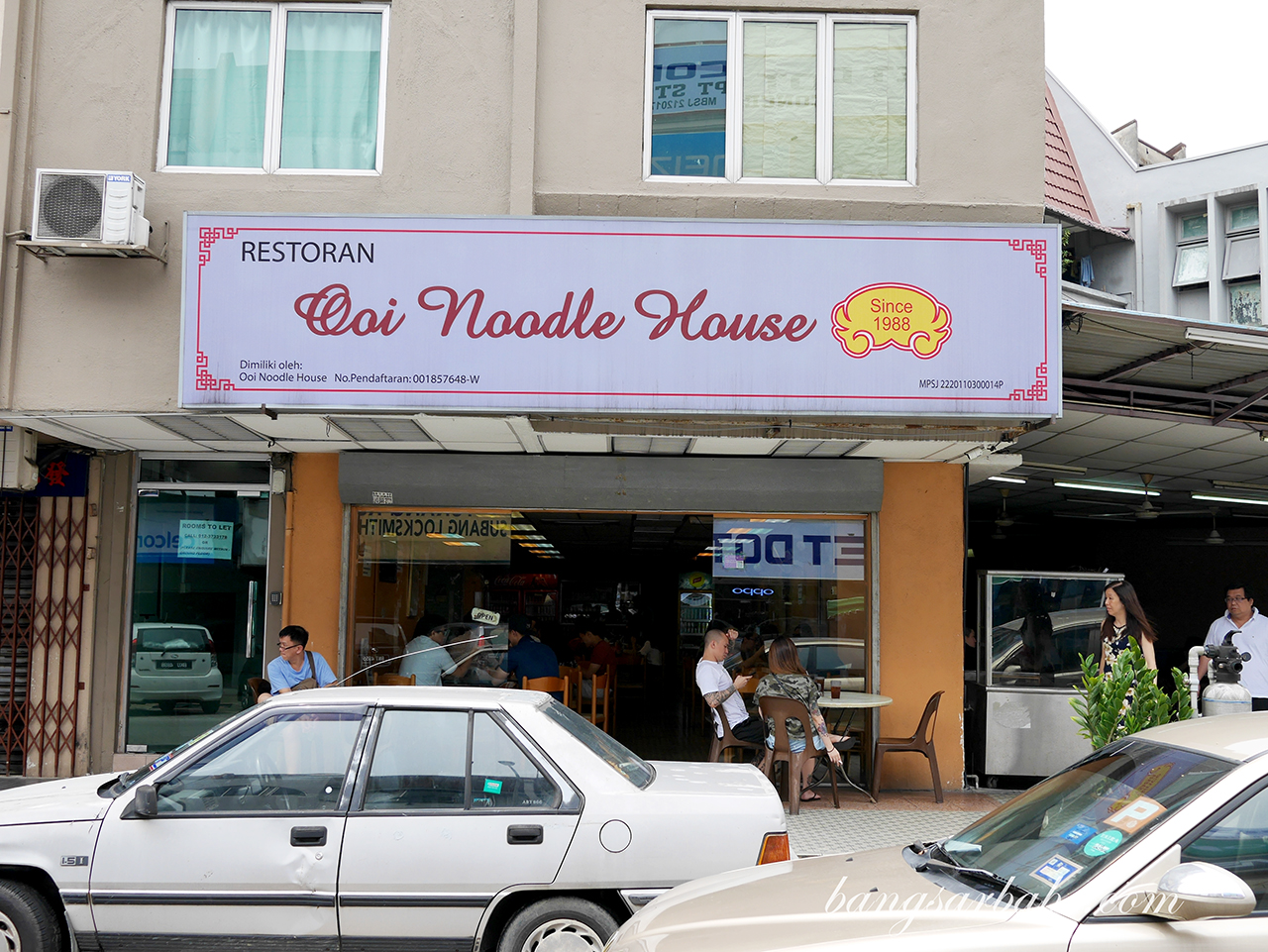