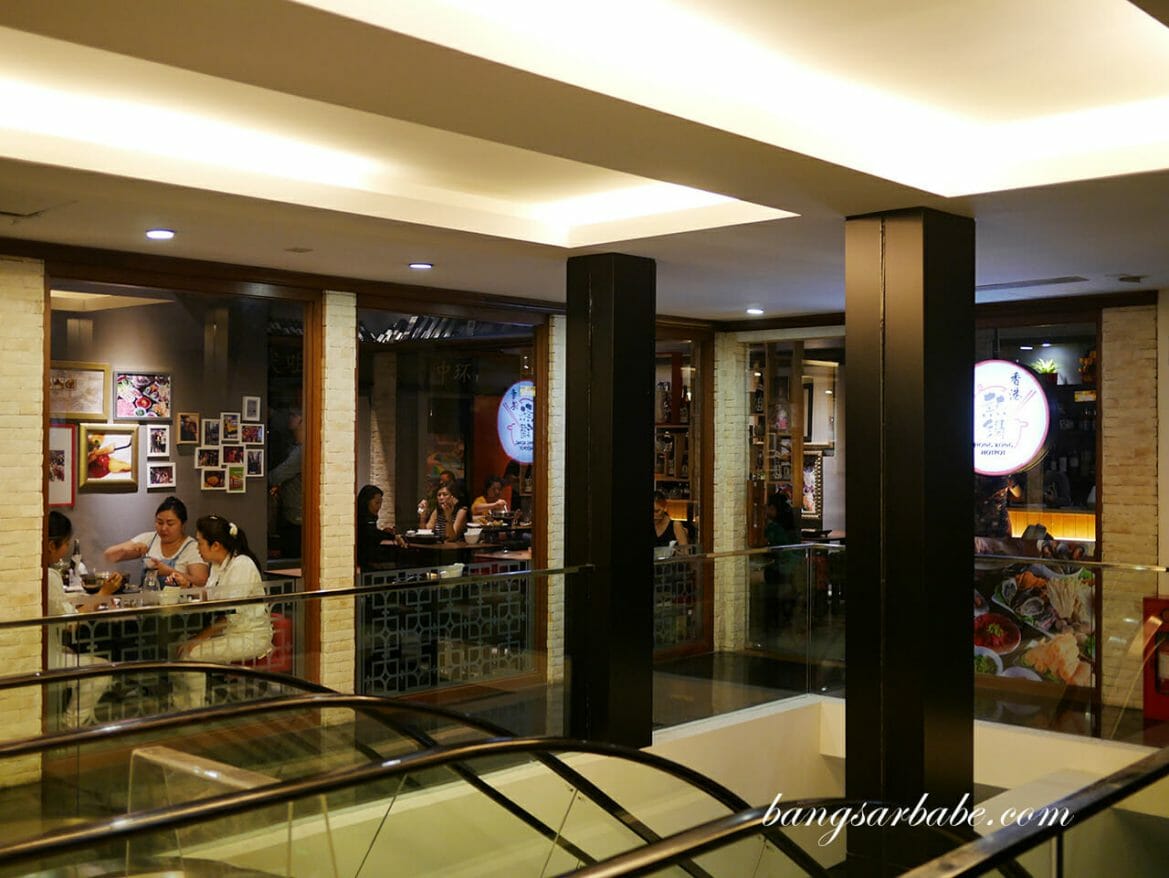 Hong Kong Hot Pot in Telawi Square Bangsar is relatively new but it’s often packed when it opens for business at night. It was my second visit to this small establishment – without a booking, you might have to wait for a table. I’ve been wanting to return since my first visit slightly over a month ago as the ingredients are freshly made and broth, delicious. 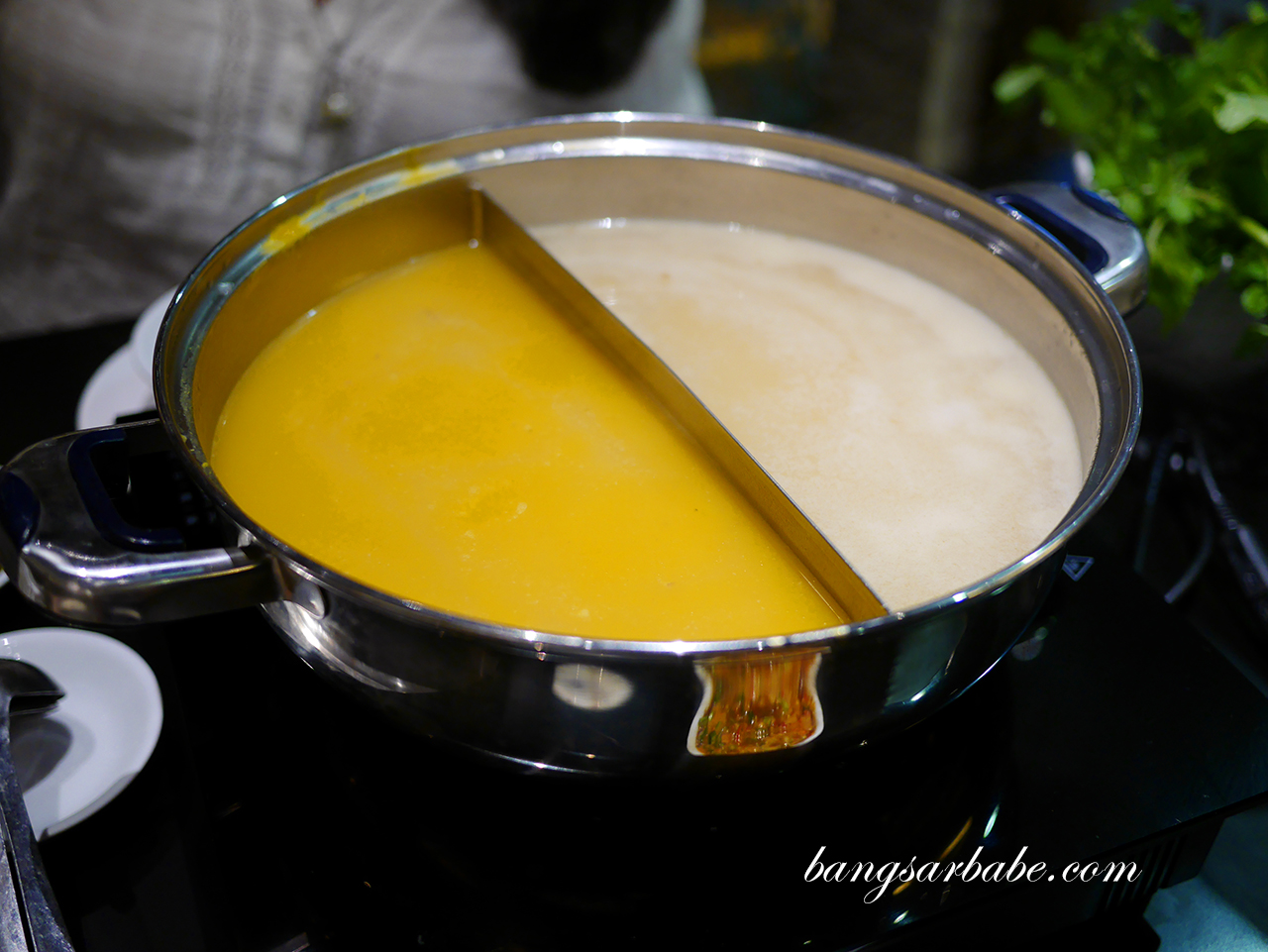 We had the sakura pork bone soup and the pumpkin soup (RM30 – per pot), which is slightly on the higher price point but both the broths are good. I have yet to try their ma la soup so that warrants another visit. The décor is fashioned to feel as though you’re in Hong Kong, minus the part where the waiter passes you the bill as an indication to “get out” once you’re done with your meal. 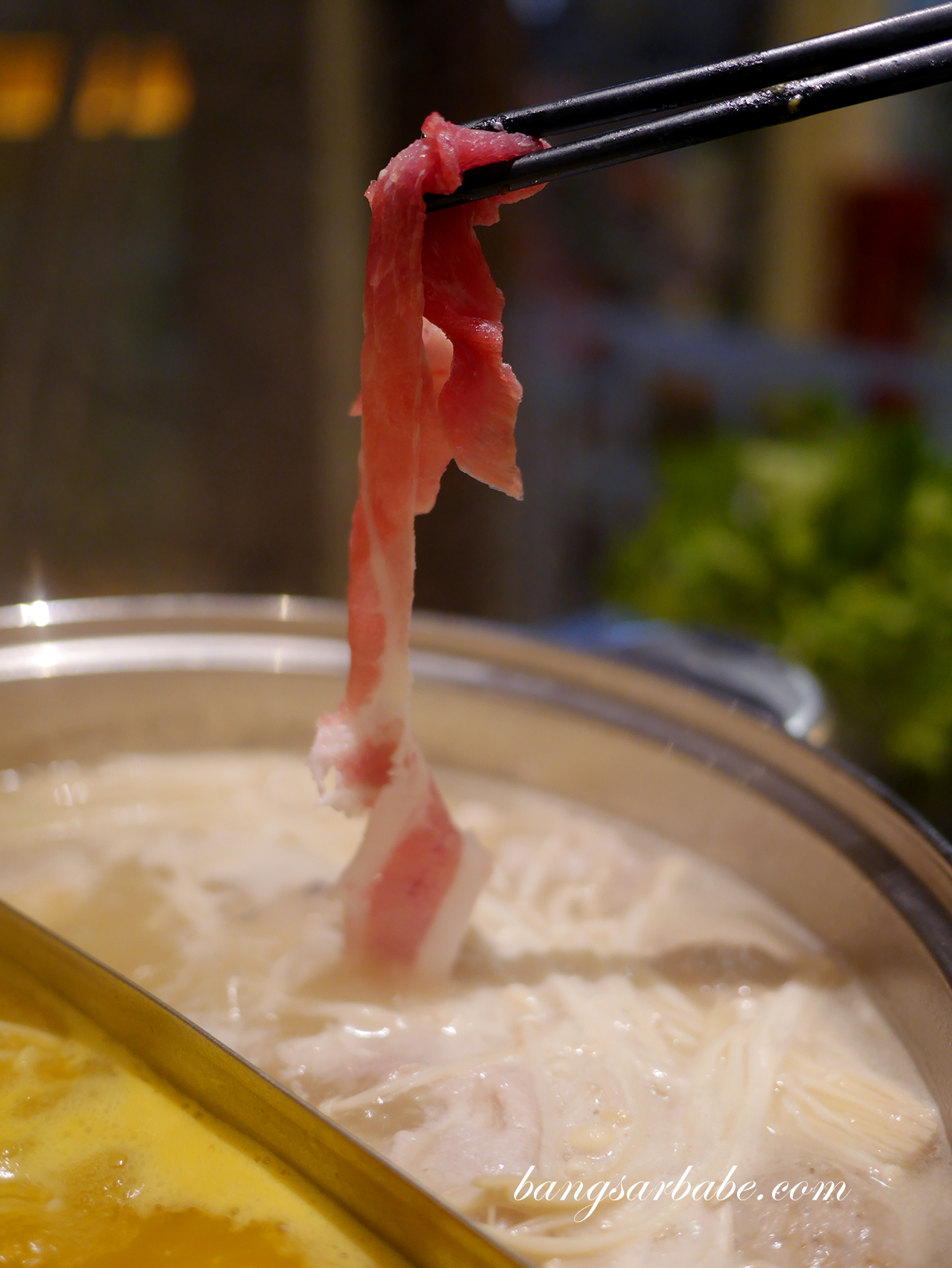 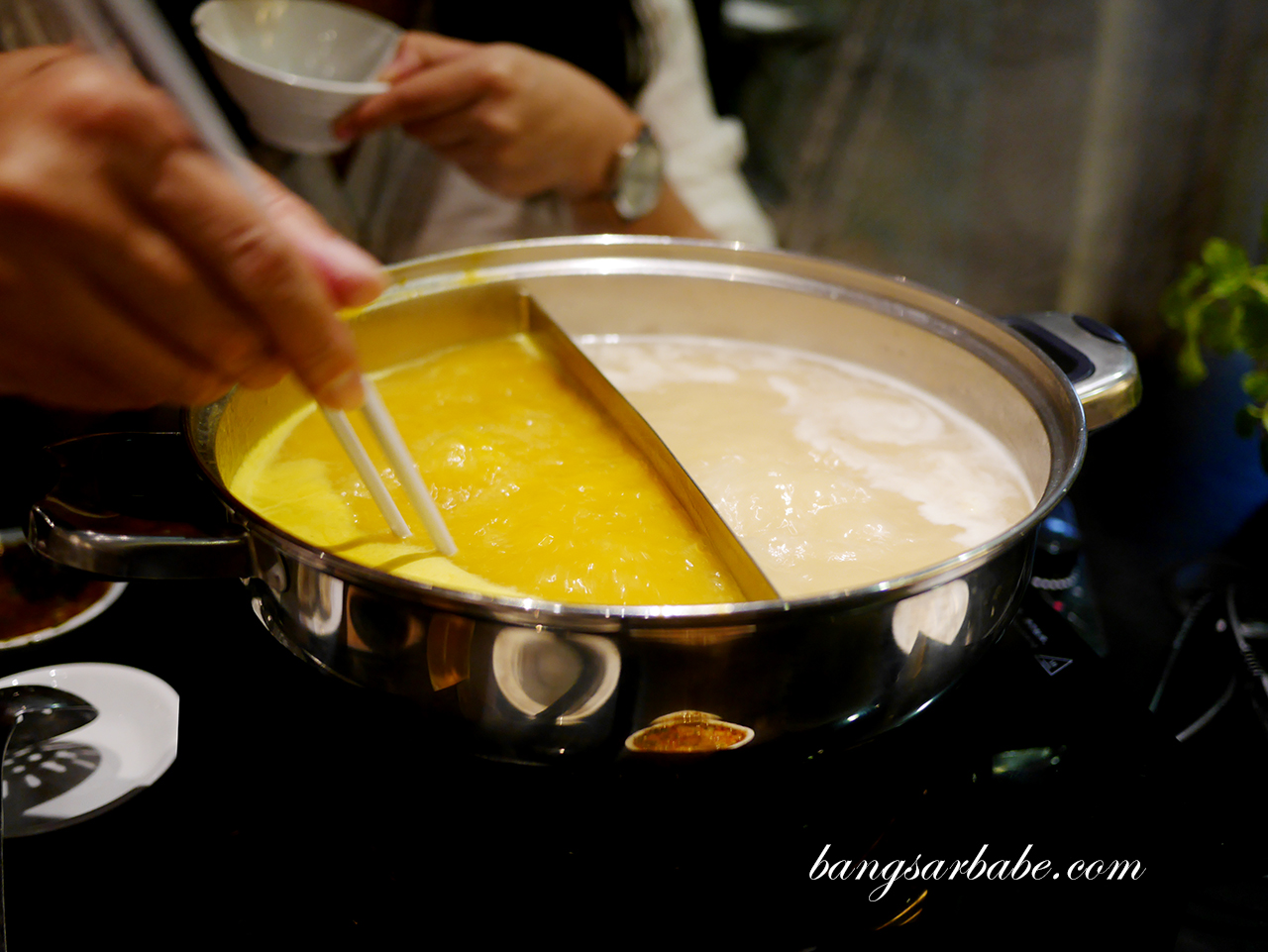 Service is friendly but at times slow; I reckon that’s my only gripe about the place. There is apparently only one sauce tray so it’s best to pile your saucer high with the dipping sauces you want before they remove the tray from your table and pass it on to the next table in line. Of course, please don’t take more than you can eat as it’s not good to waste quality stuff. 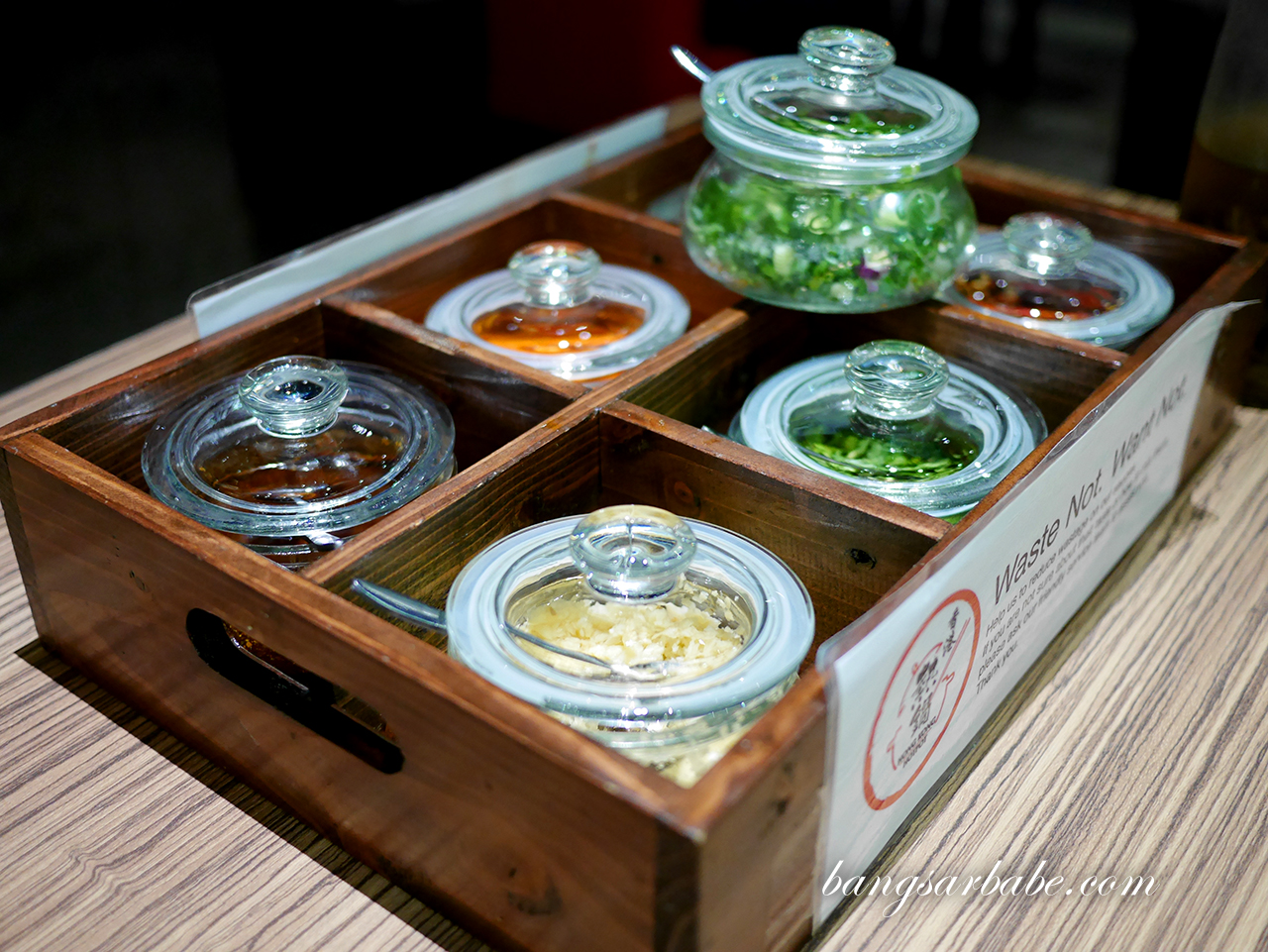 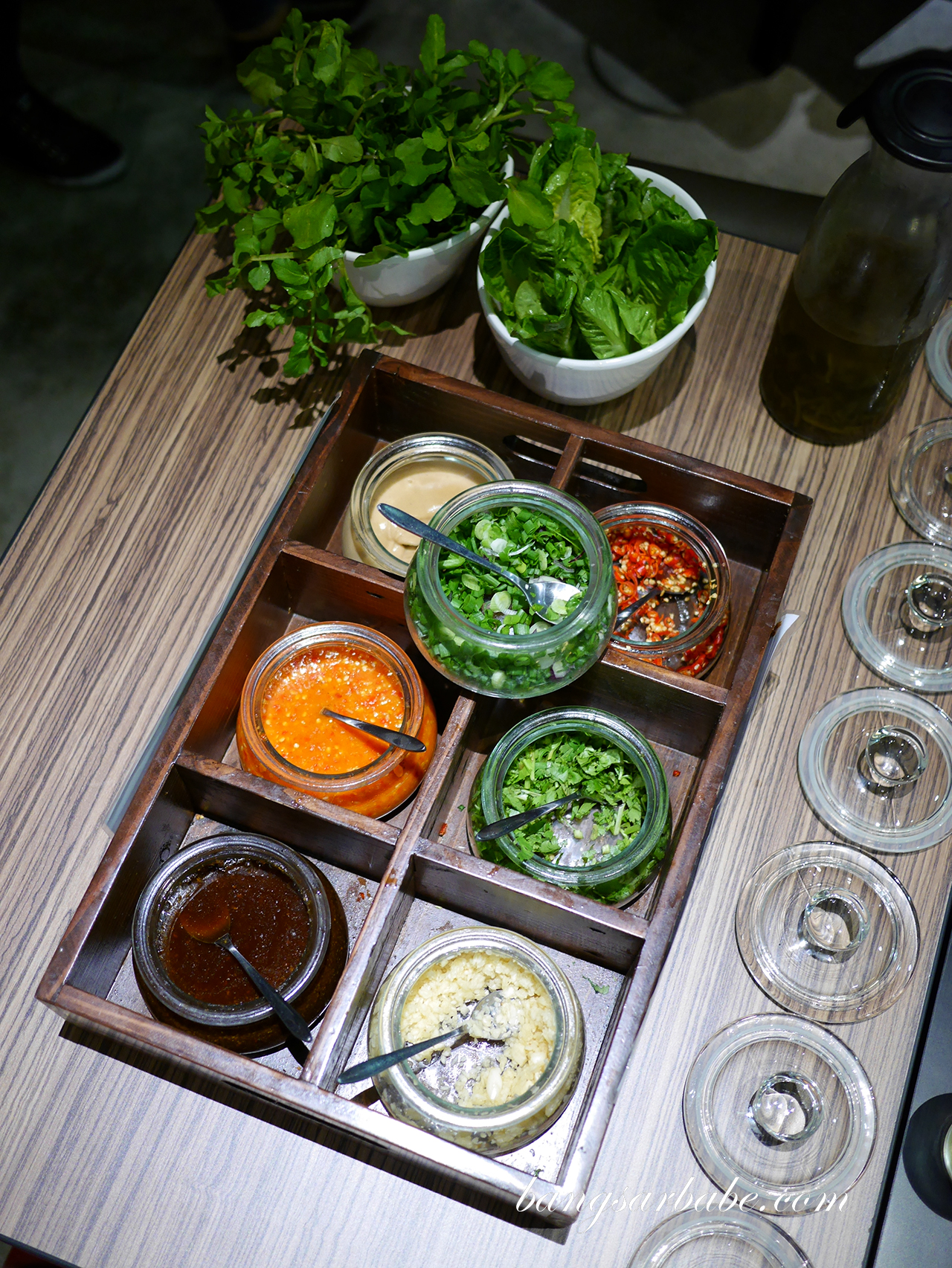 Mix them up according to your preference, and dip the cooked items for flavour 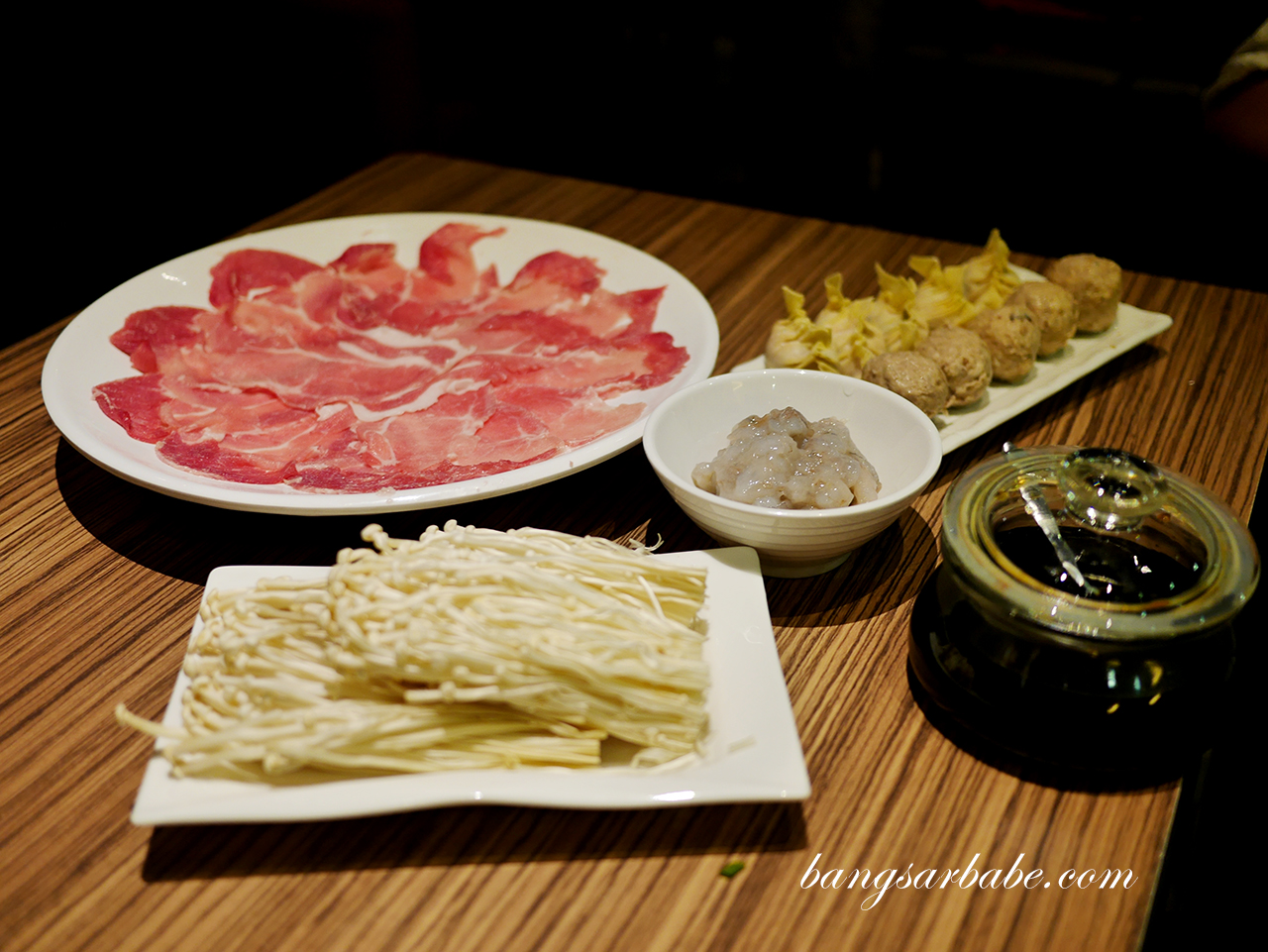 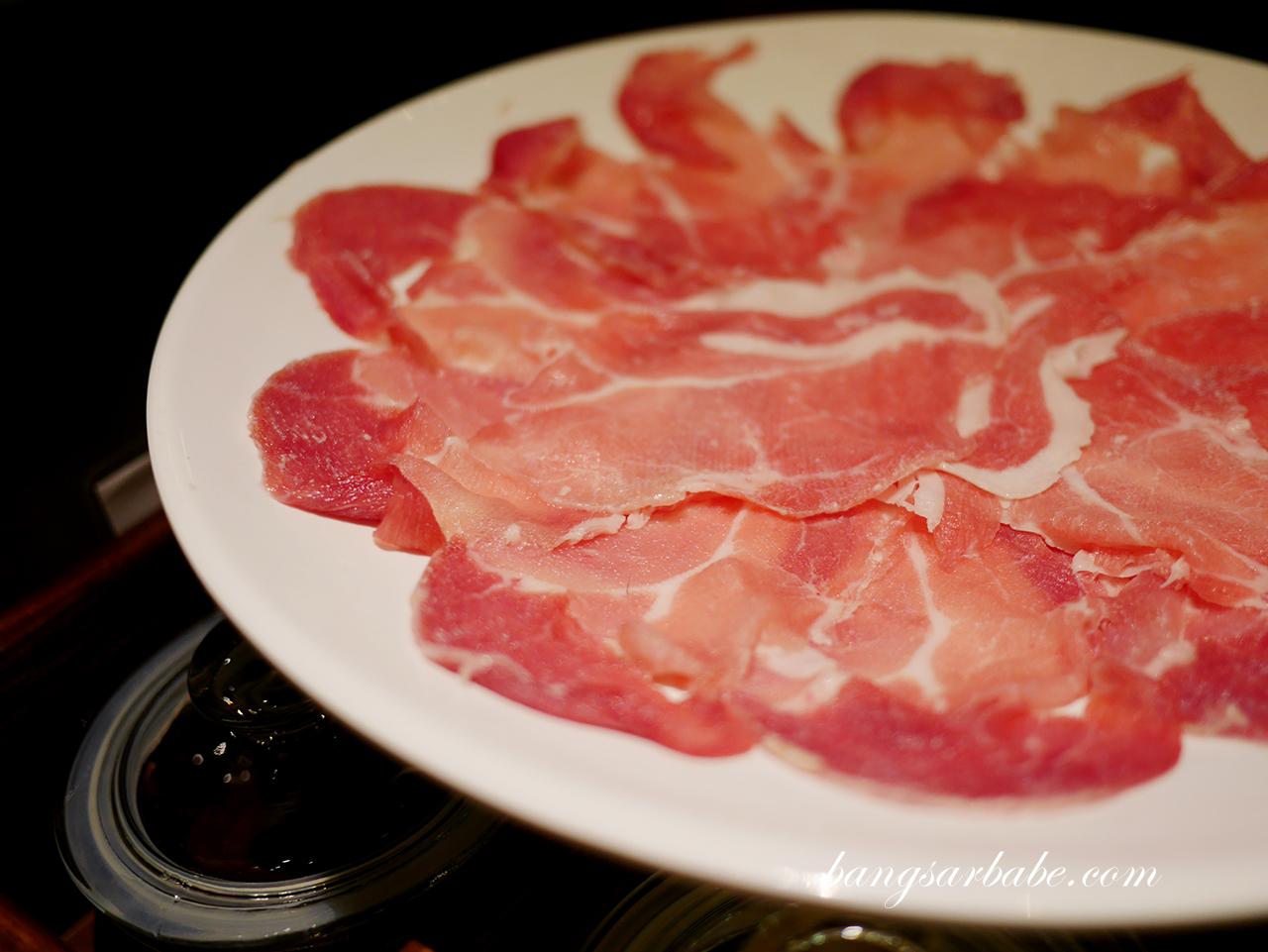 We ordered a full portion of the sakura premium pork slice (RM18) which was great for dipping into the already tasty broth. The first time I was there, they ran out of this. Though half a portion of the mushroom pork meat ball (RM10) and prawn dumpling (RM9) was sufficient for the three of us, the greedy girl in me wished we got a whole portion. Both were good and I really liked now the meatball tasted like what I tried in Hong Kong. 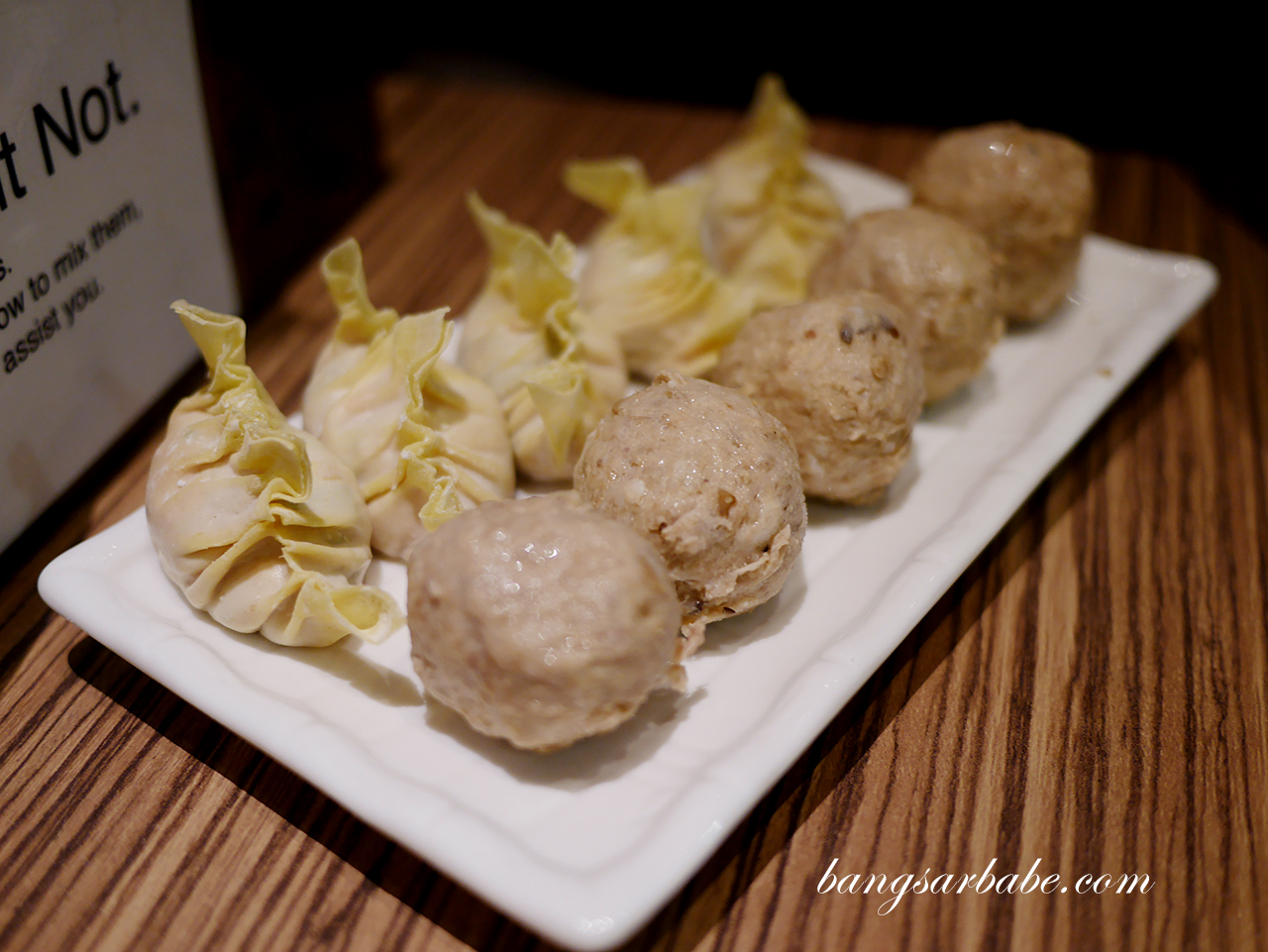 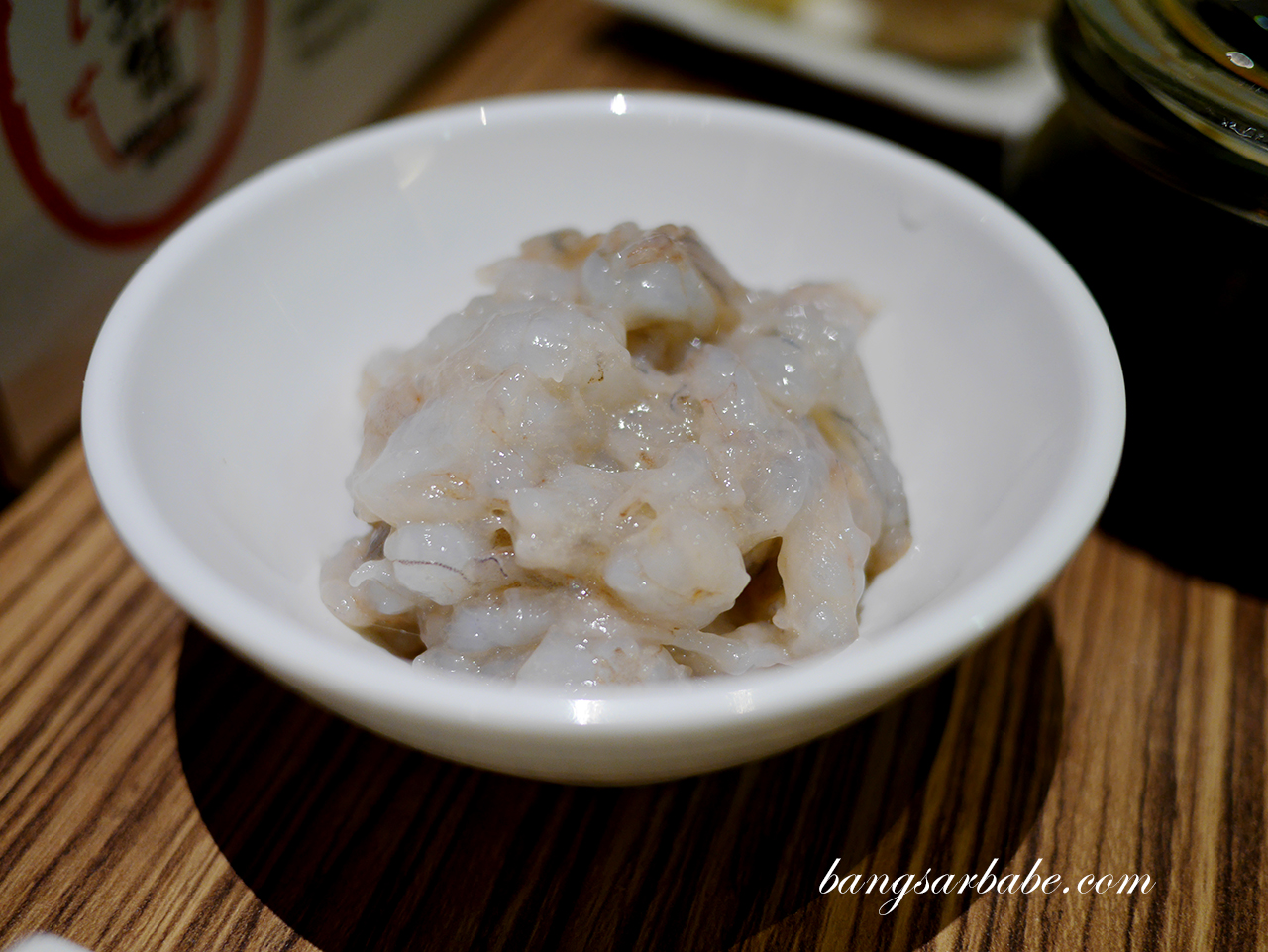 Do try the prawn meat paste (RM10 per portion), which is made daily and adds sweetness to the broth. I’m generally not big on vegetables when it comes to steamboat but when the broth is this good, you’ve got to order more to soak up the goodness. We had watercress (RM8), yau mak (RM8) and needle mushroom (RM8). 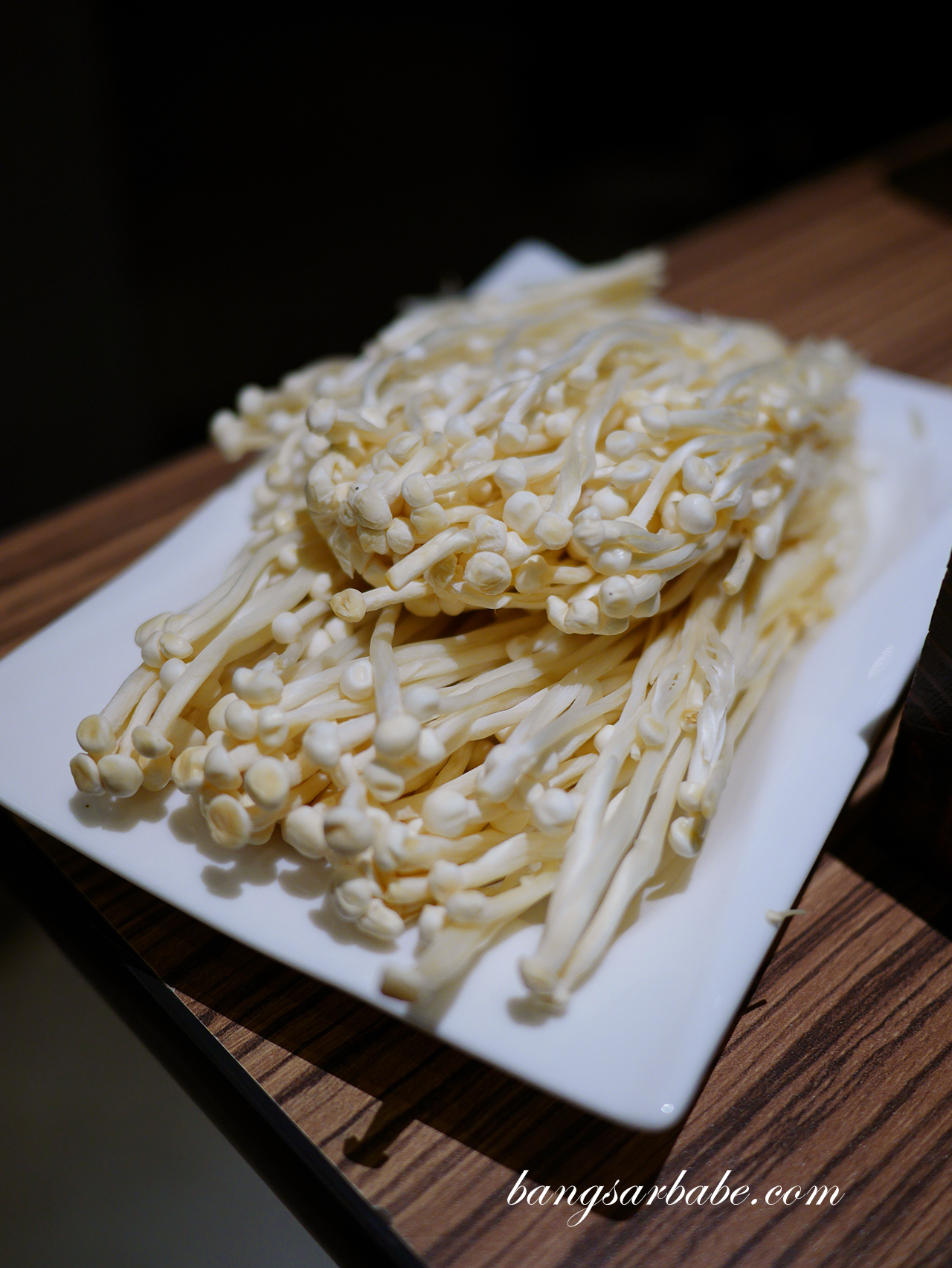 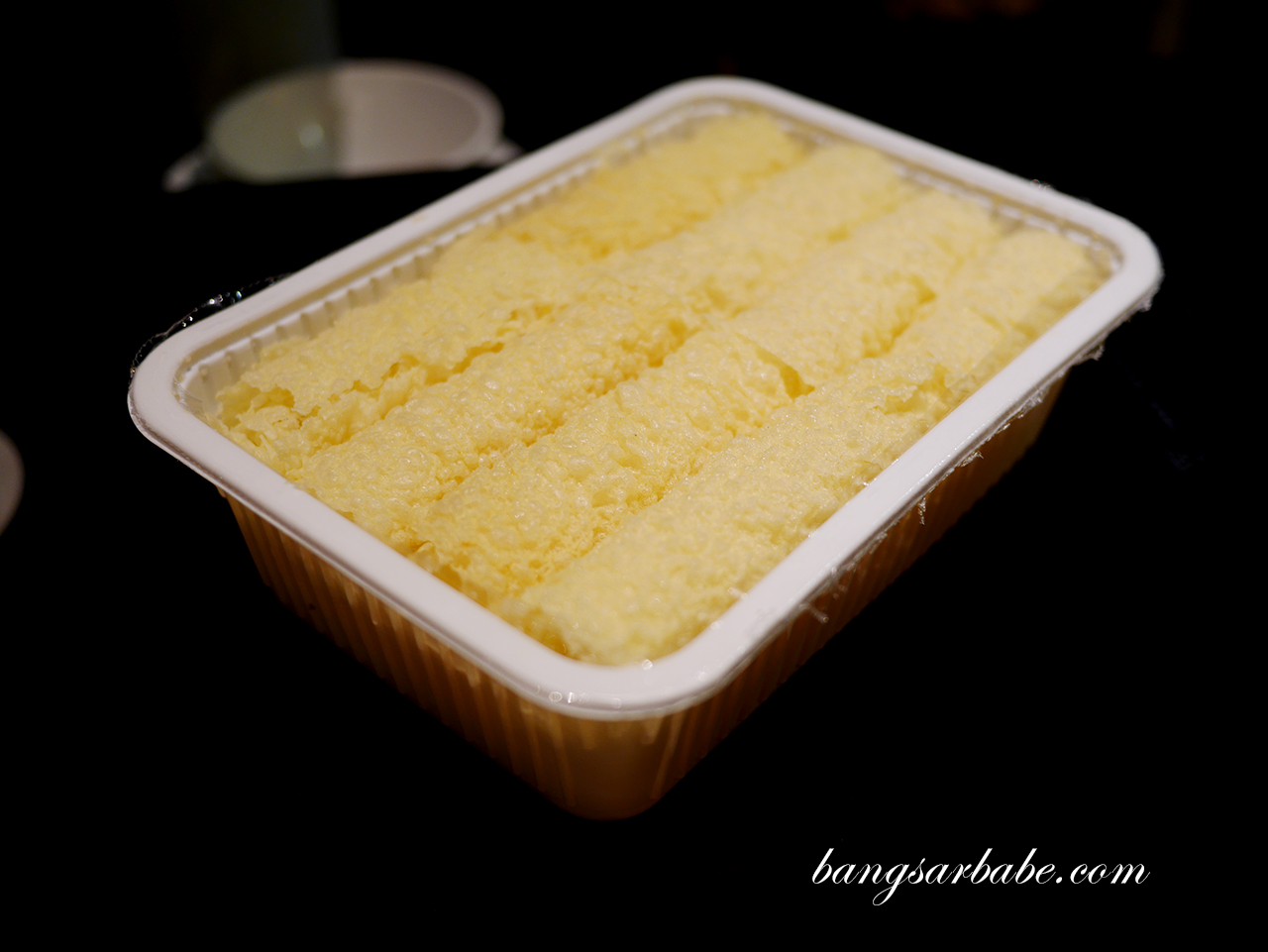 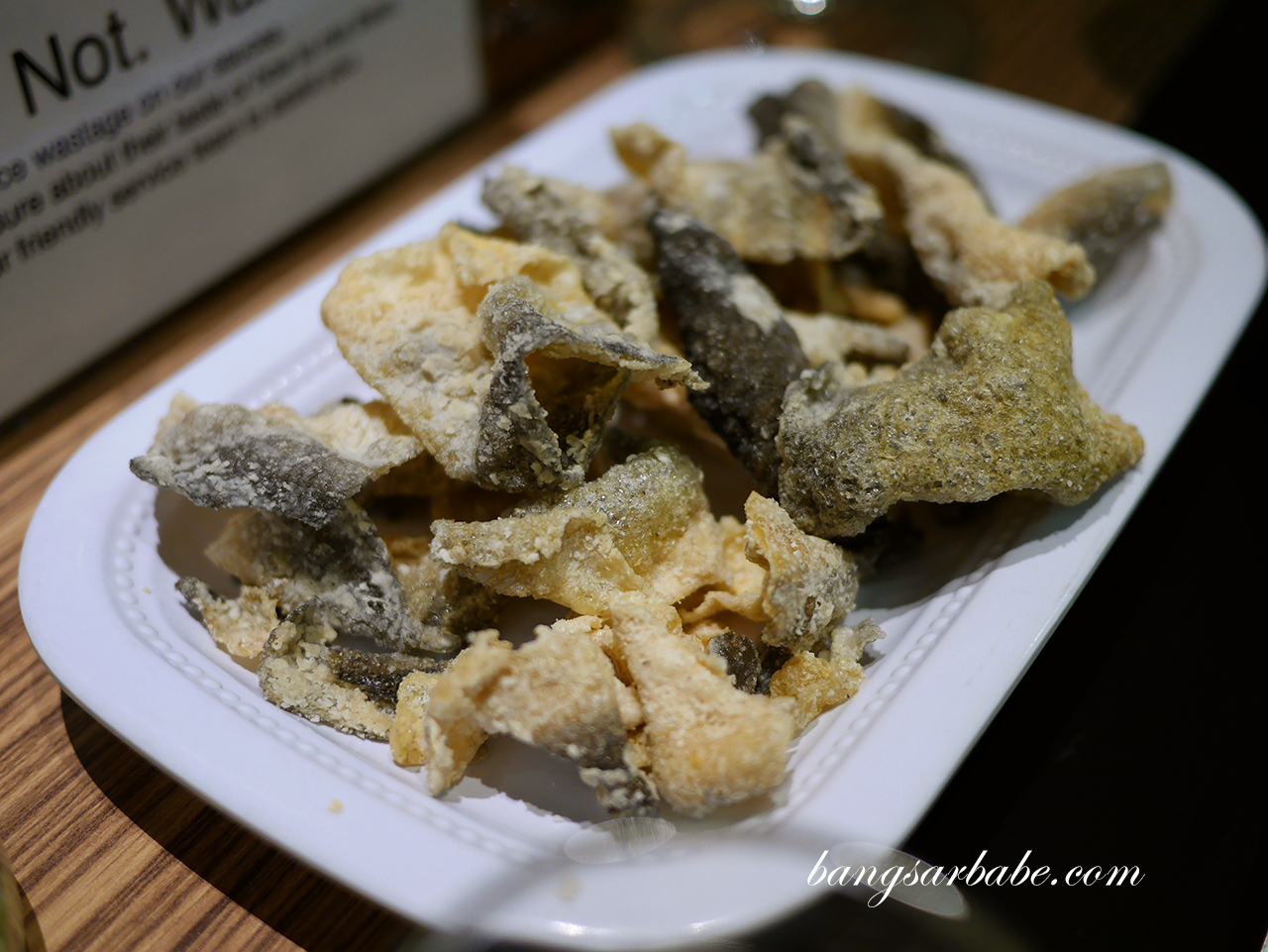 I really enjoyed the HK beancurd roll (RM25), which is great to dip into the two broths. The texture is finer than your regular beancurd roll/fuchuk and it’s less oily. Fried fish skin (RM15) is great for dipping into the broth as well but it’s also good as a snack. And if you have remaining bits, add them onto your noodles for crunch. 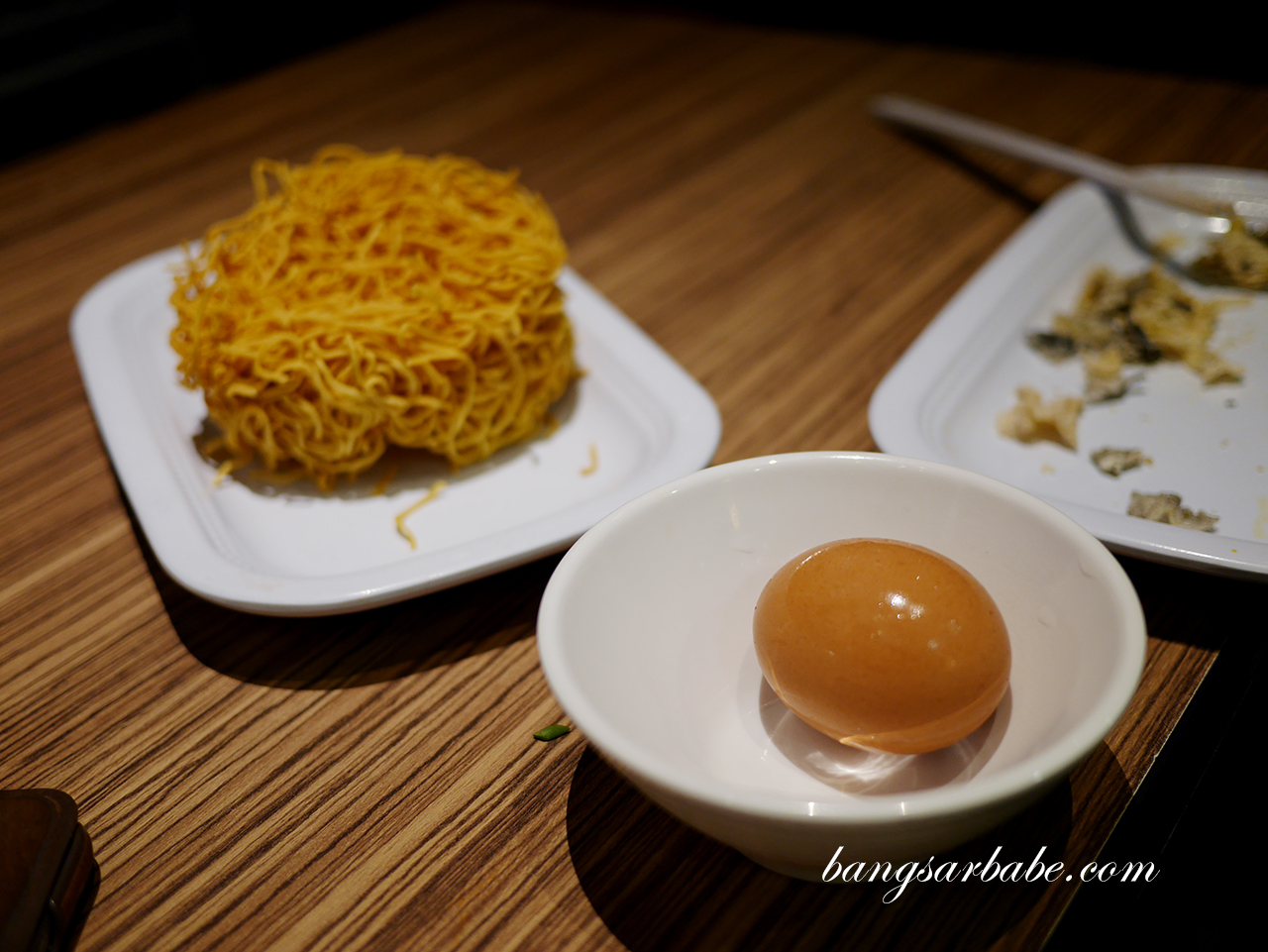 They have a choice of yee mee, nissin noodles and udon – we picked yee mee (RM6) though I noticed udon is also a popular choice at the restaurant. The bill came up to about RM190 for the three of us. Not exactly cheap but I found dinner enjoyable and I was stuffed to the brim. 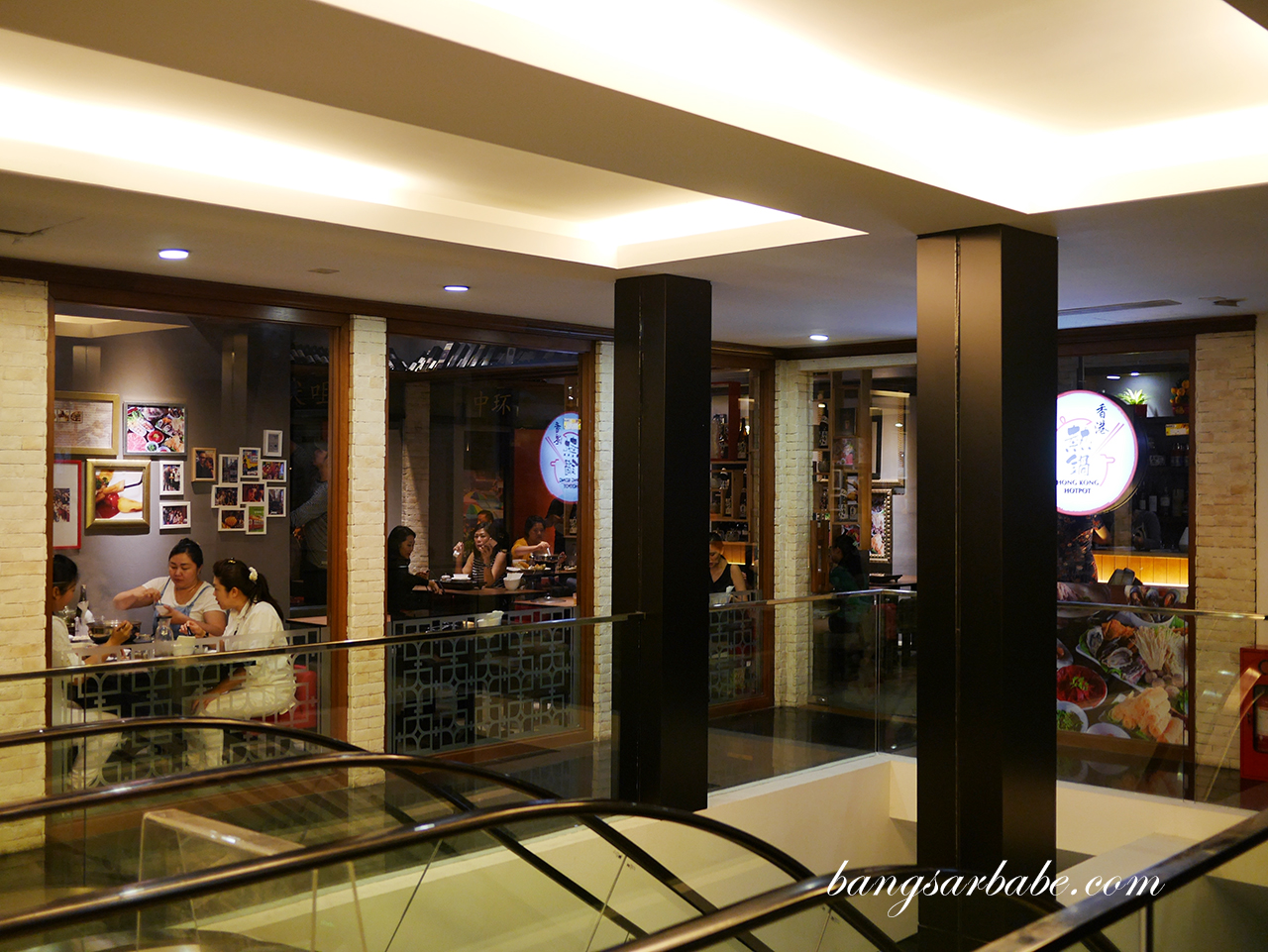 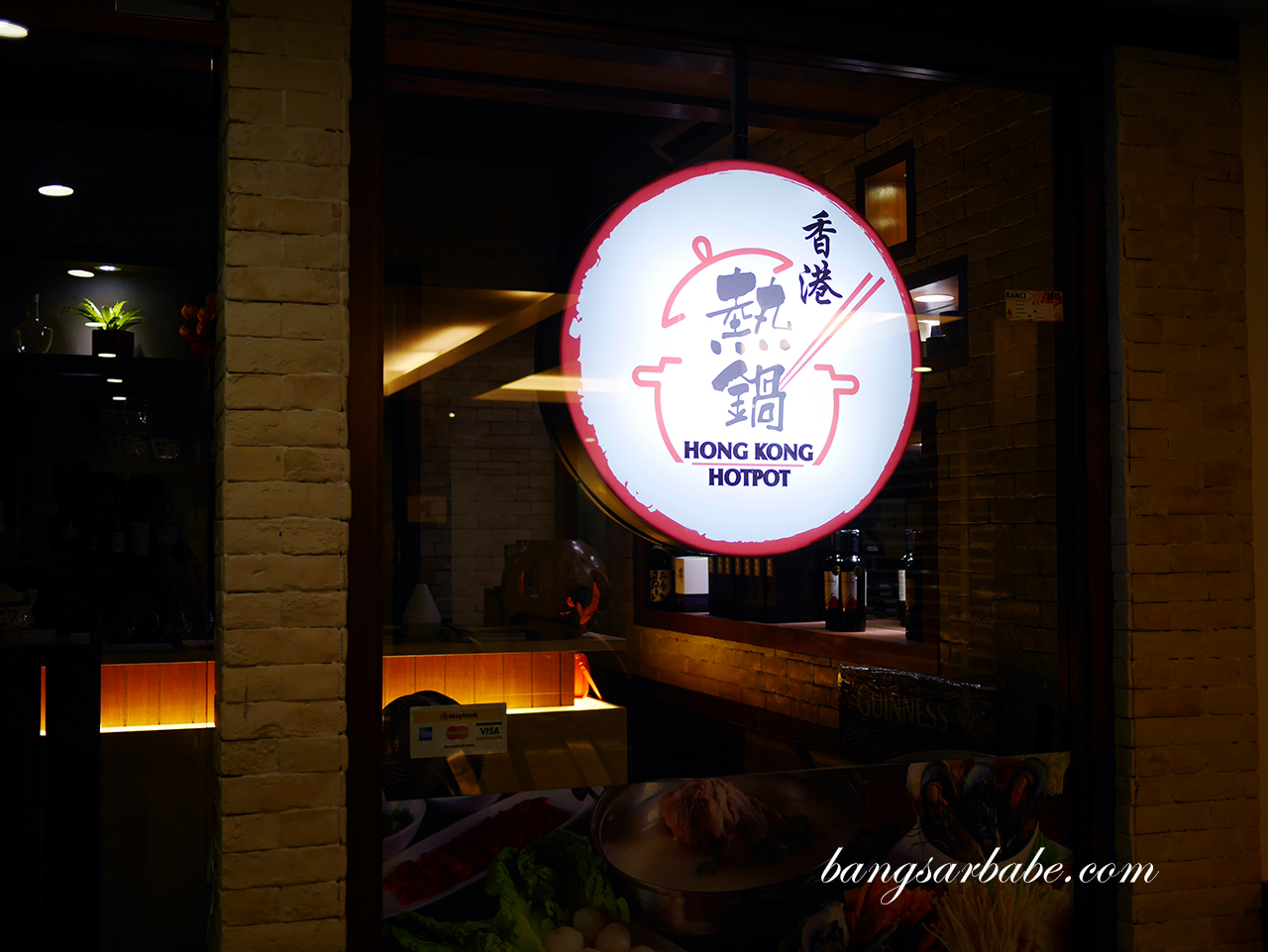