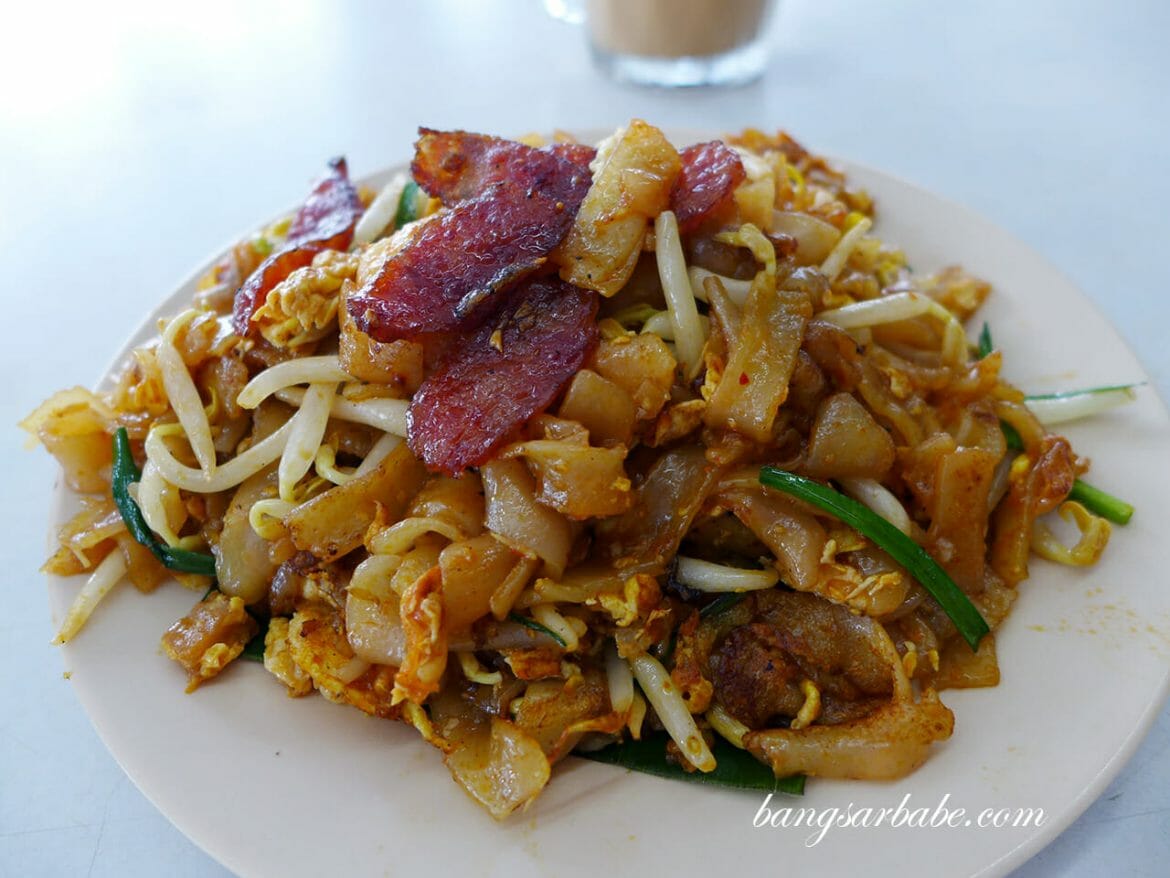 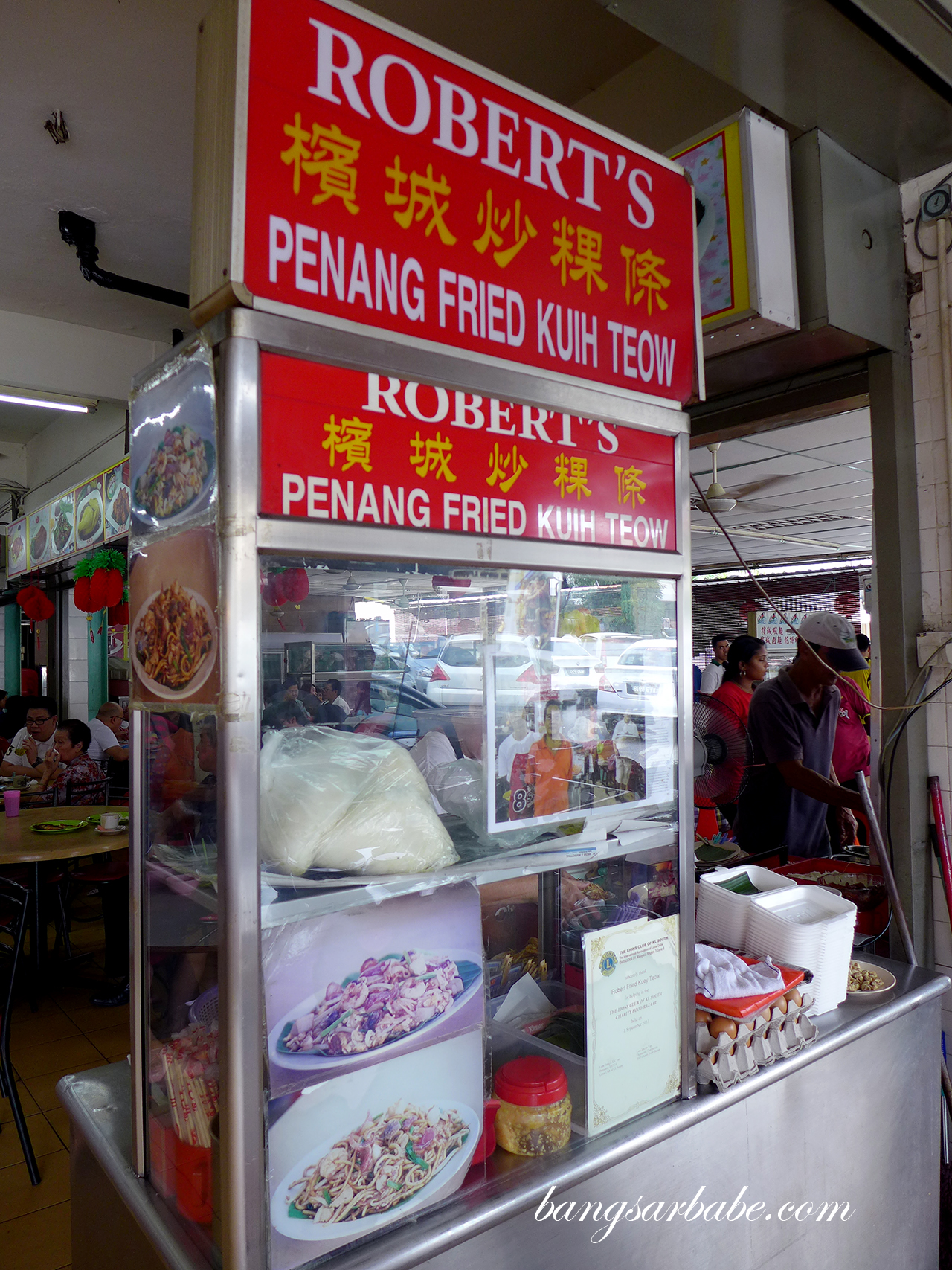 We knew immediately that this was going to be our lunch venue. The queue is long during peak hours and once you place an order, you’re given a number to place on your table. Waiting time averages between 15 minutes to half an hour, depending on the crowd. We got our char kuay teow after half an hour. 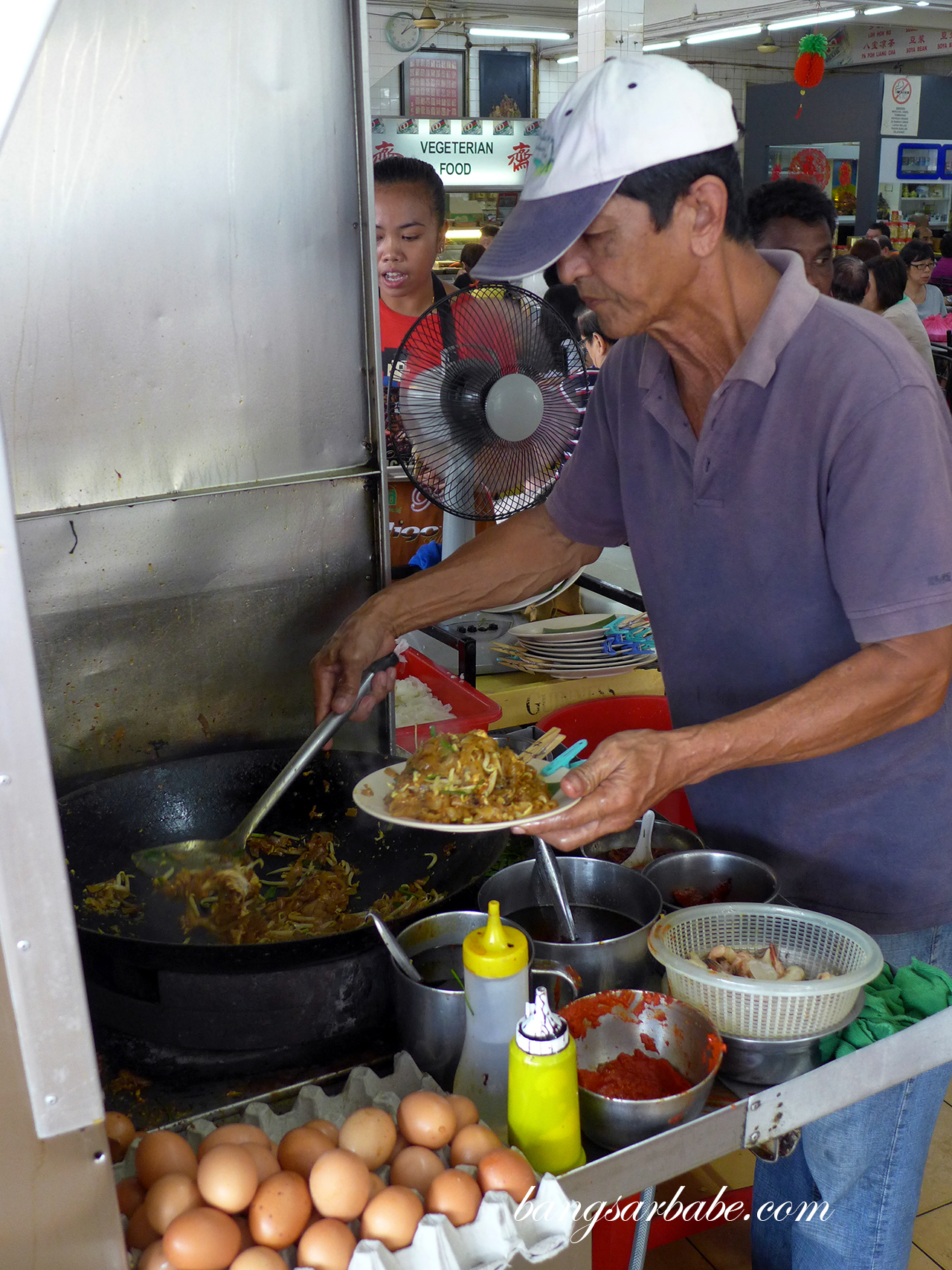 The man in action

From the article displayed at the stall, I learnt that the guy manning Robert Char Kuay Teow is actually Robert’s brother in-law, Ah Chu. Robert himself is based in Golden Kim Wah, and I guess I was lucky that he did the cooking that afternoon. The char kuay teow looked delicious, served on a banana leaf and with slivers of lap cheong, cockles and pork lard bits. 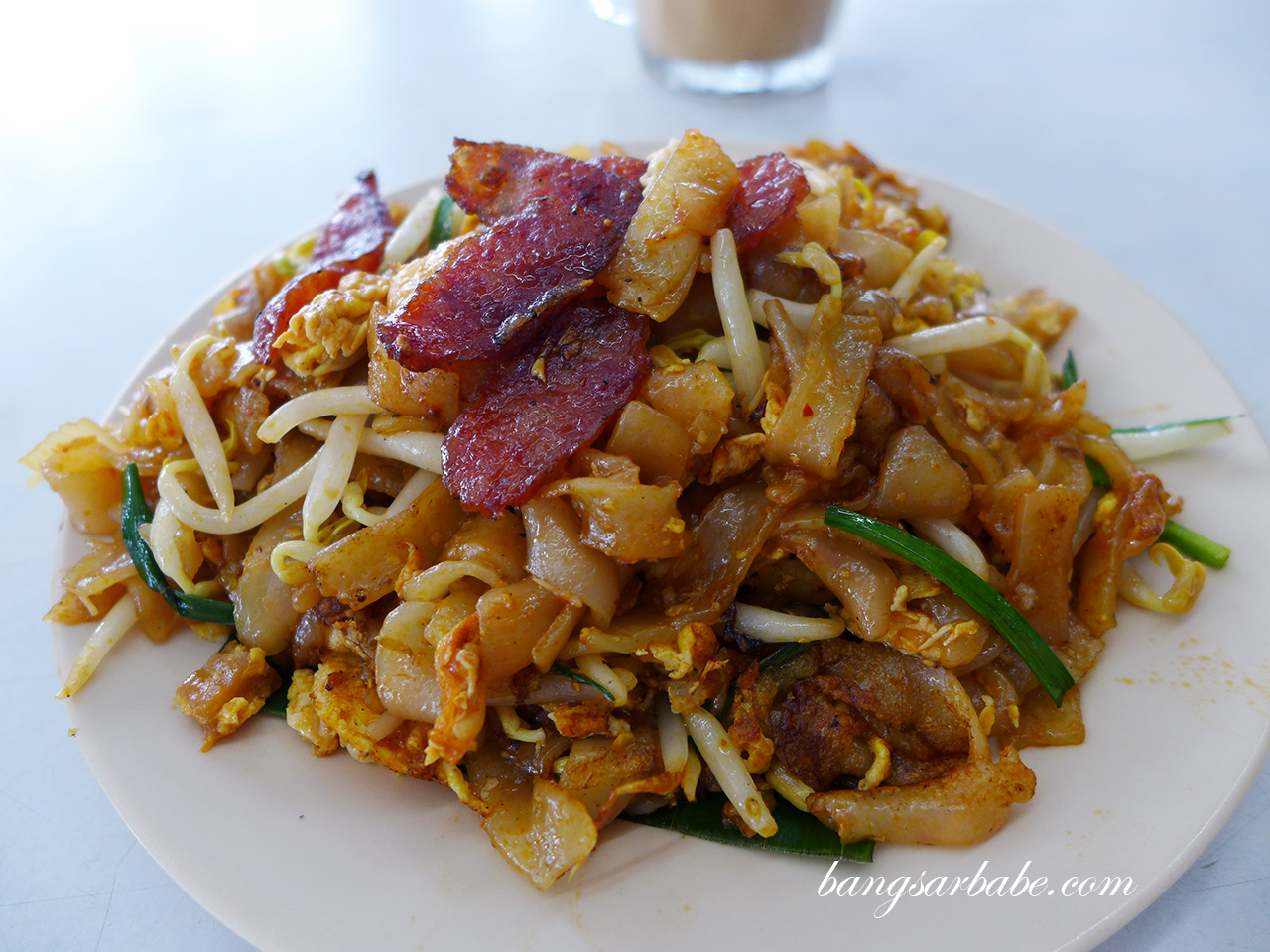 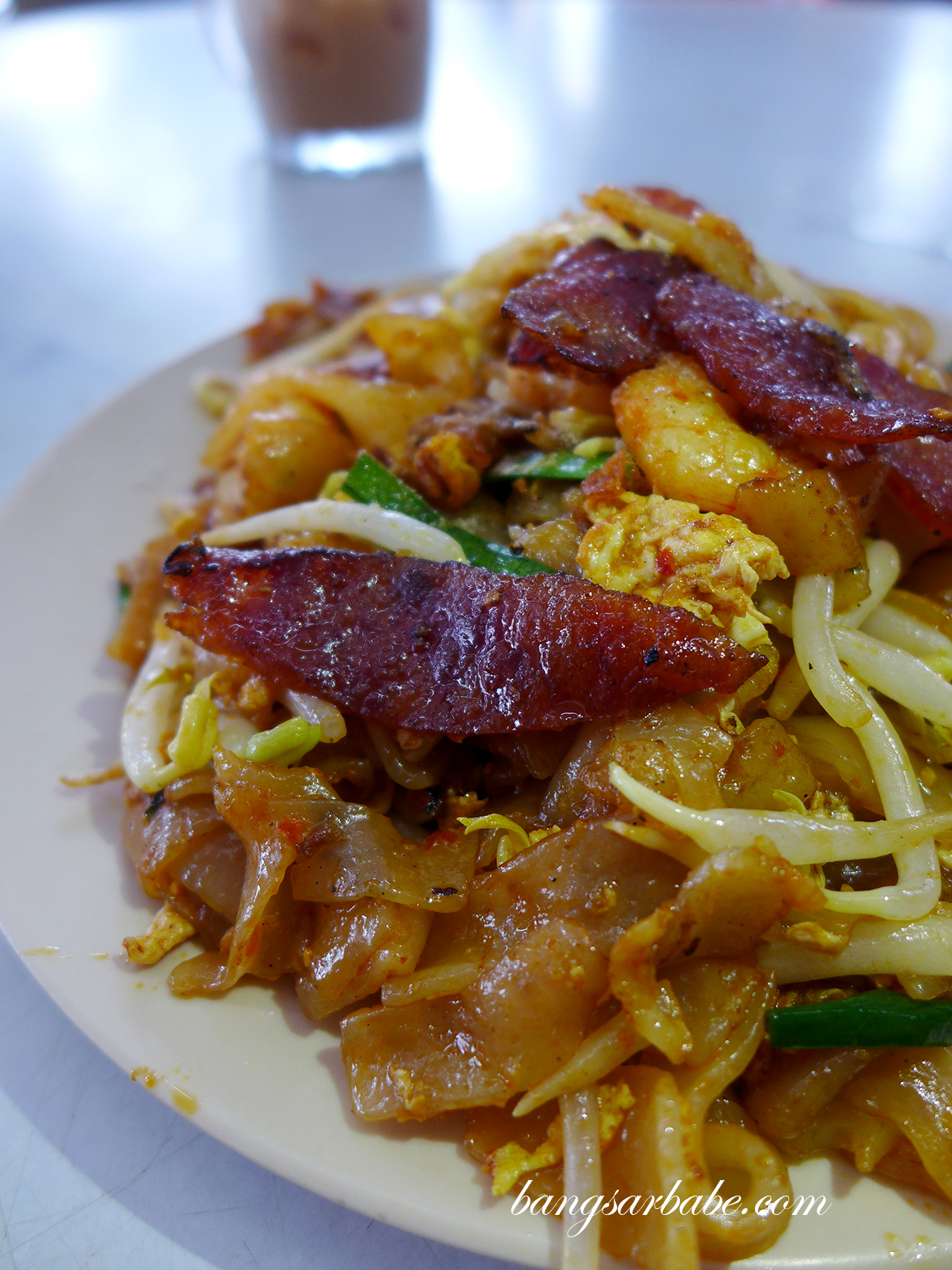 Lap cheong slices are a must in char kuay teow

Tastewise, I found this fairly decent but I still prefer the one from Say Huat. The latter has a better char flavour and the lap cheong slices are crispier. Not sure if it’s due to the large crowd, but this one didn’t have enough wok hei so it wasn’t as aromatic as I liked it to be. That said, Robert was pretty generous with the lap cheong and cockles, so those added flavour to the noodles. 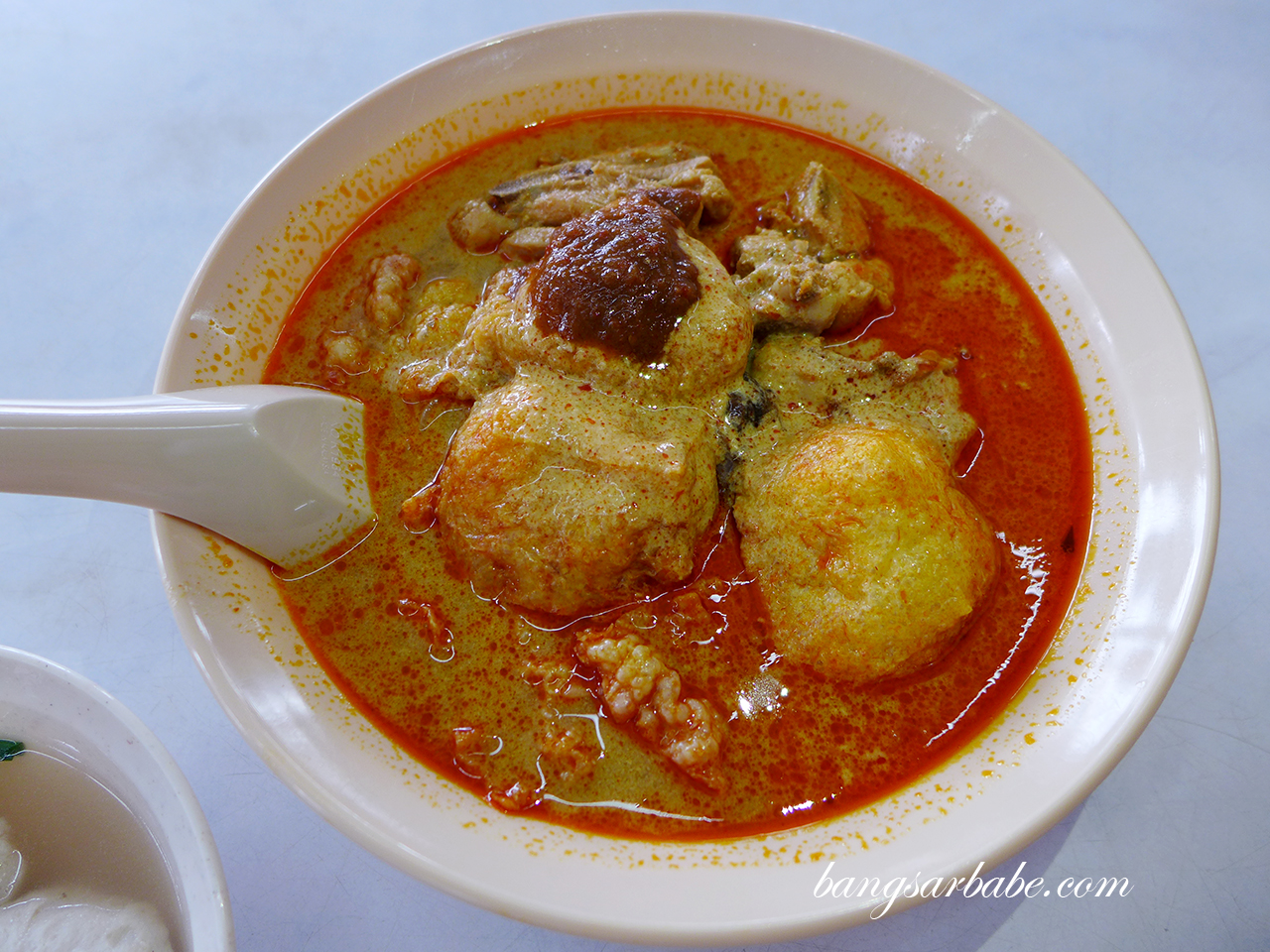 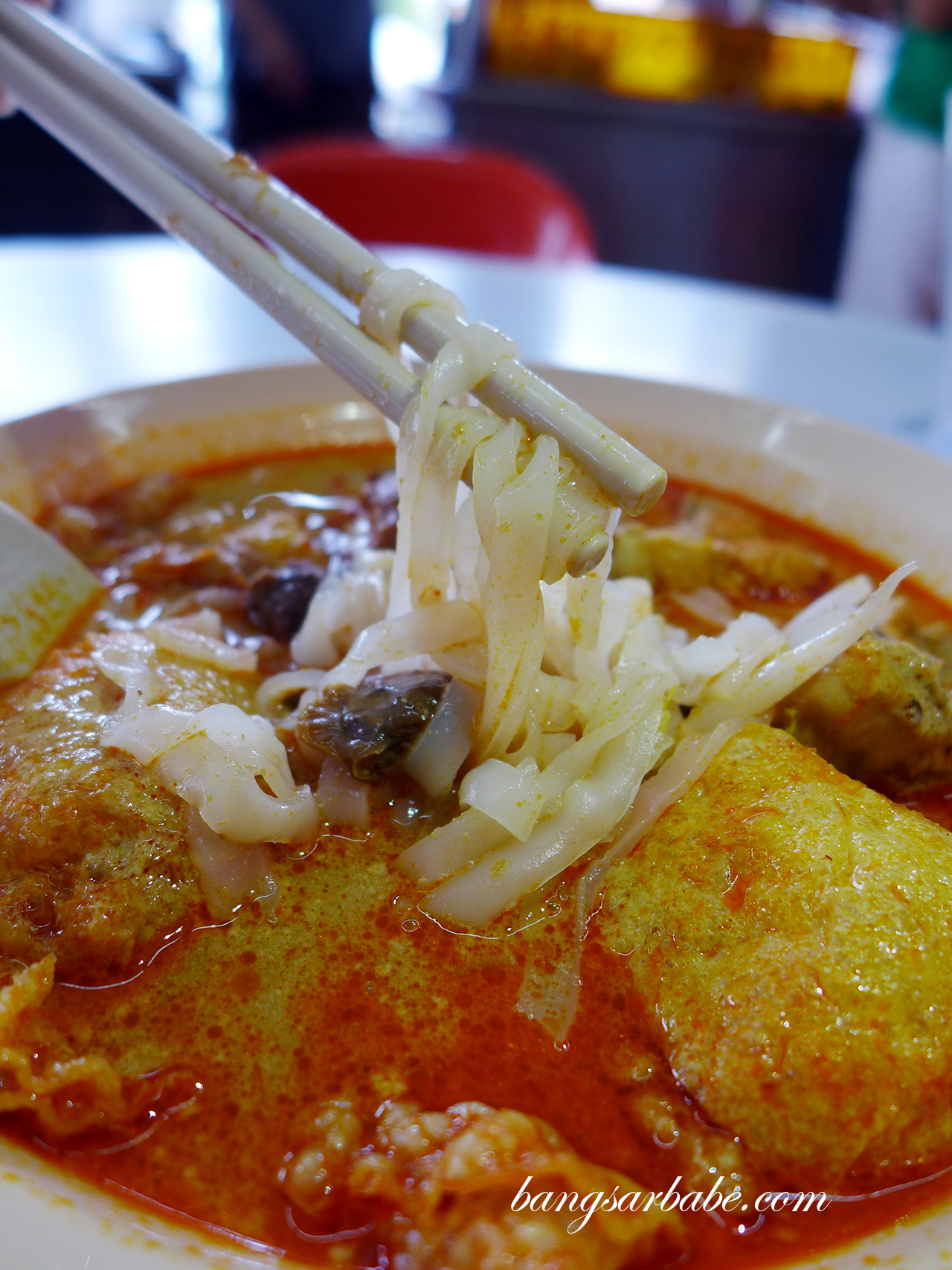 While waiting for the char kuay teow, we tried the pork ball noodles and also the curry laksa – both seemed quite popular with the lunch crowd at Golden Kim Wah. I thought the curry laksa was not too bad. The broth was adequately thick and rich with enough spiciness to tickle the tastebuds. It came with tender pieces of tofu puffs, curry chicken and cockles. 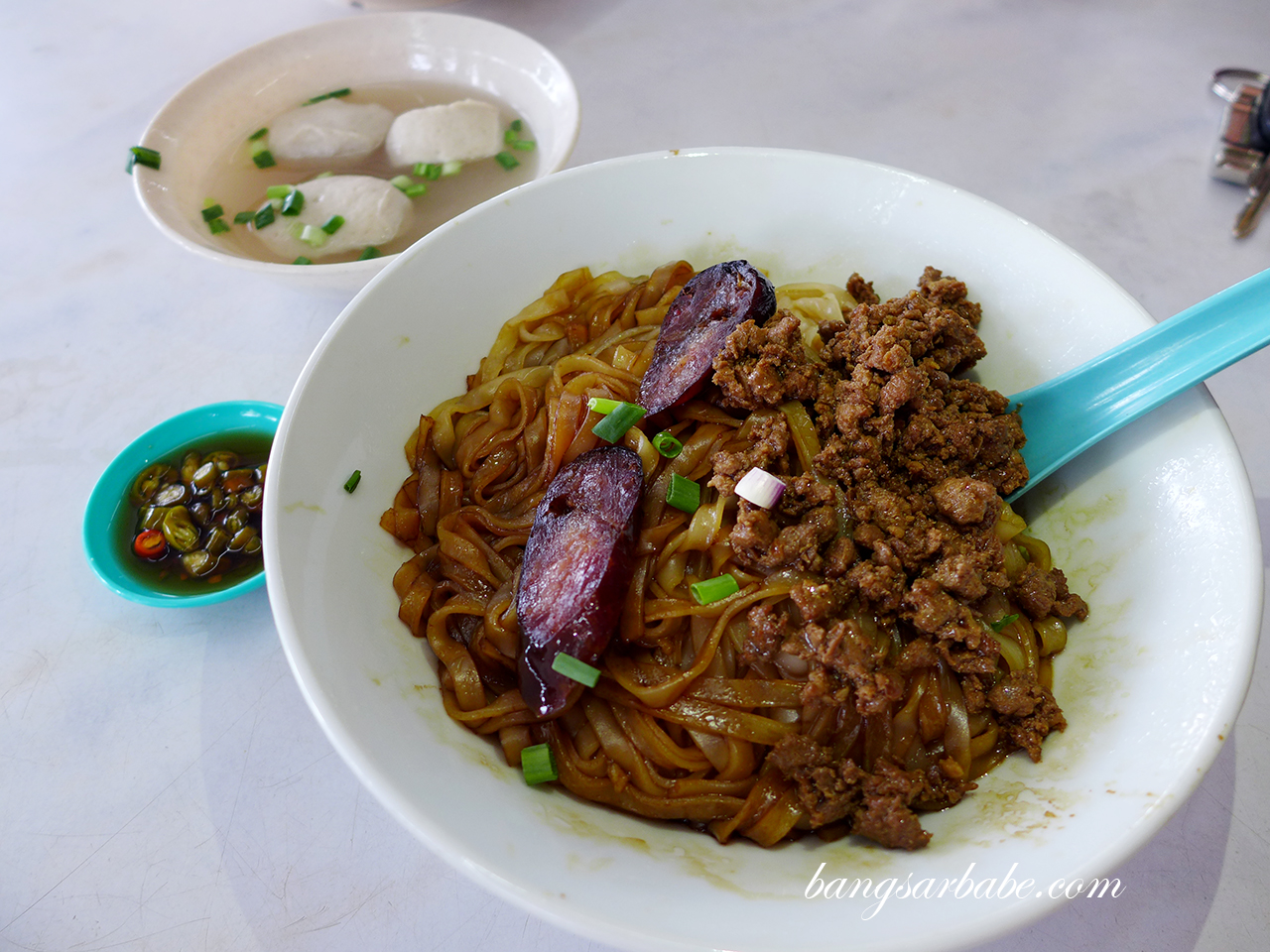 I didn’t care much for the pork ball noodles though. The dry version lacked flavour and had to be eaten with chopped cili padi and soy sauce. I did like the liver sausage it came with – savoury, slightly pungent and very addictive. Good thing they gave me two large slices. 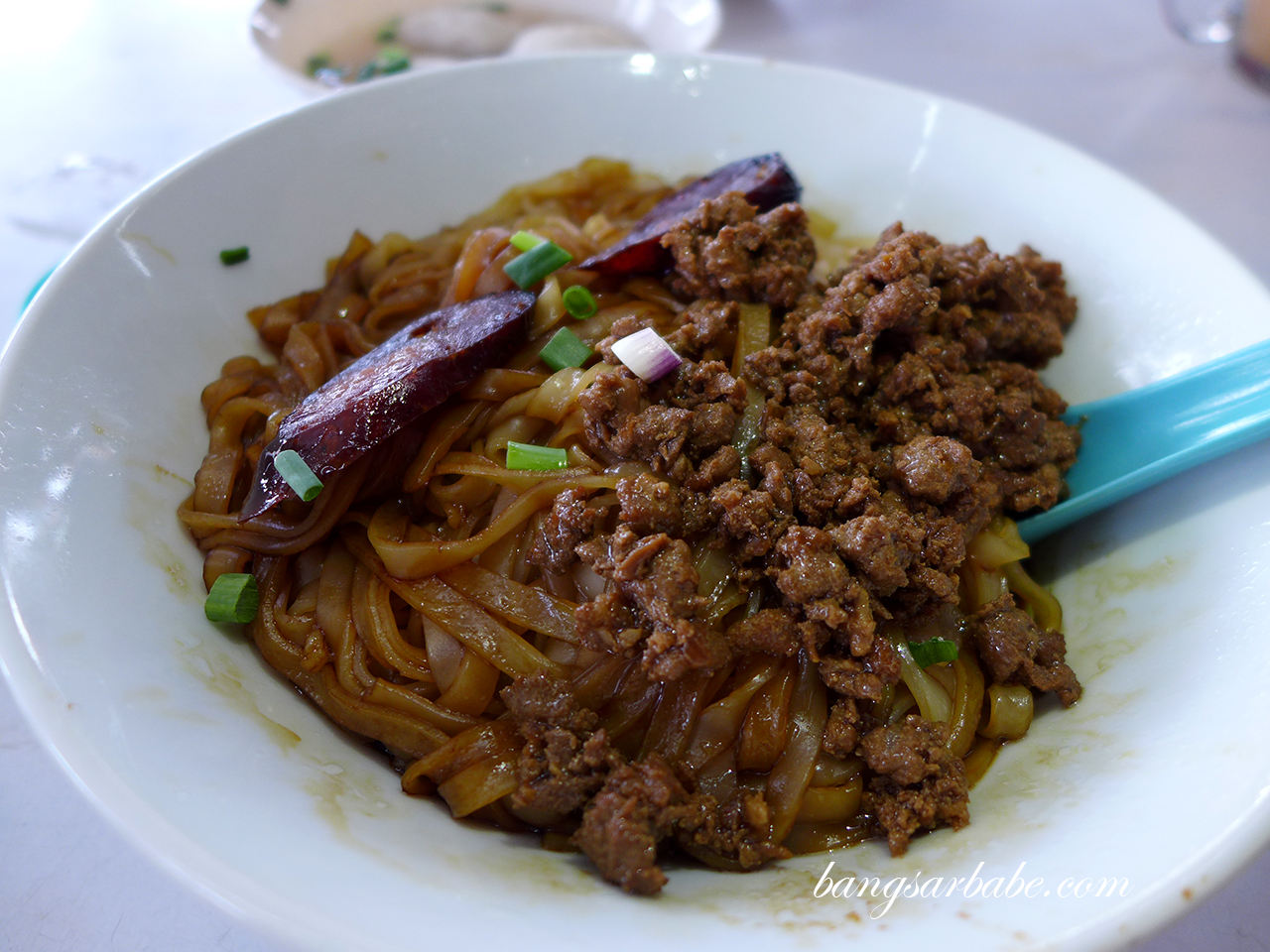 All in, I thought lunch was pretty good. While I would still go back to Say Huat or Frankie for my char kuay teow fix, it’s good to discover new places every now and then. 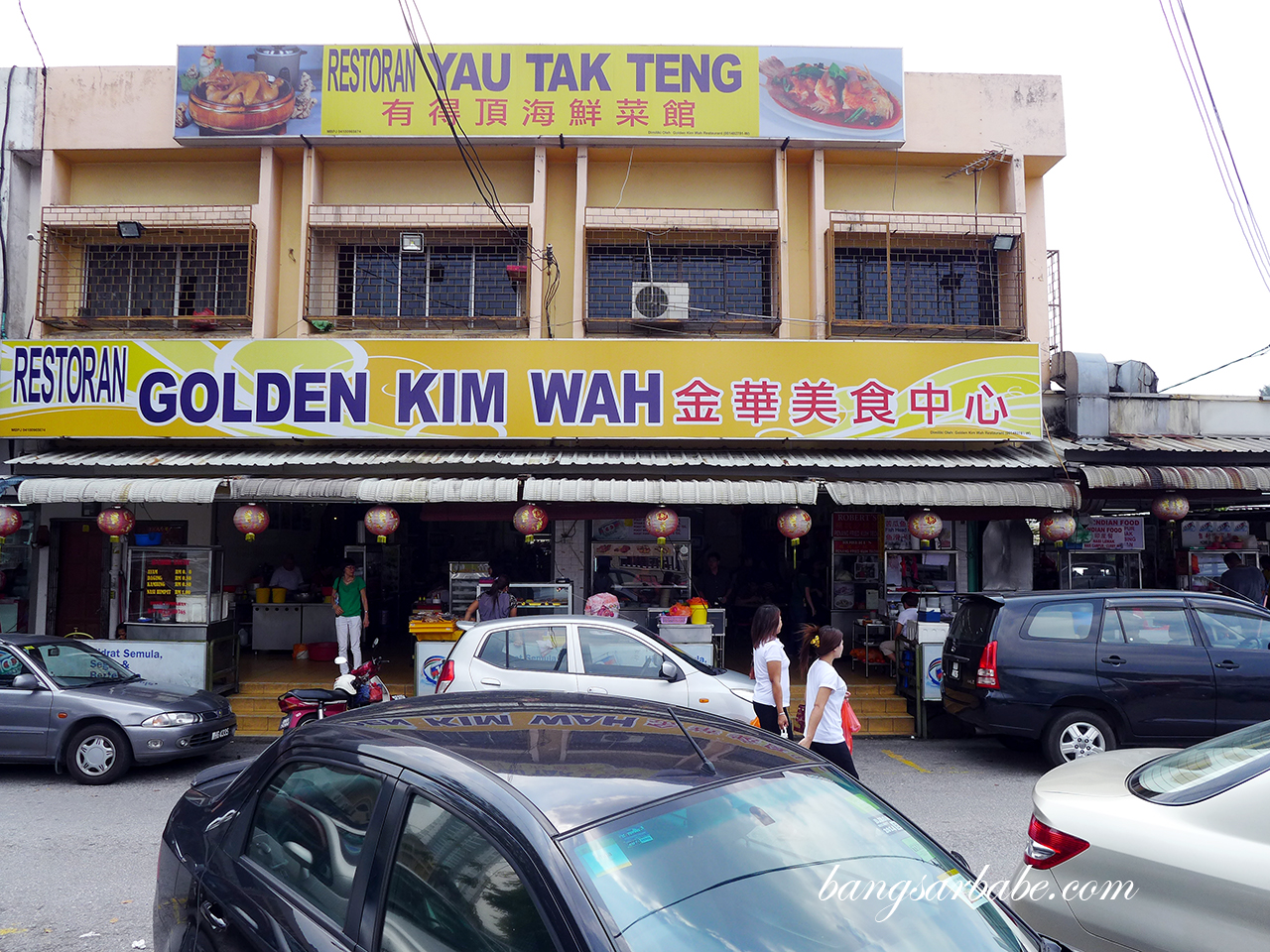