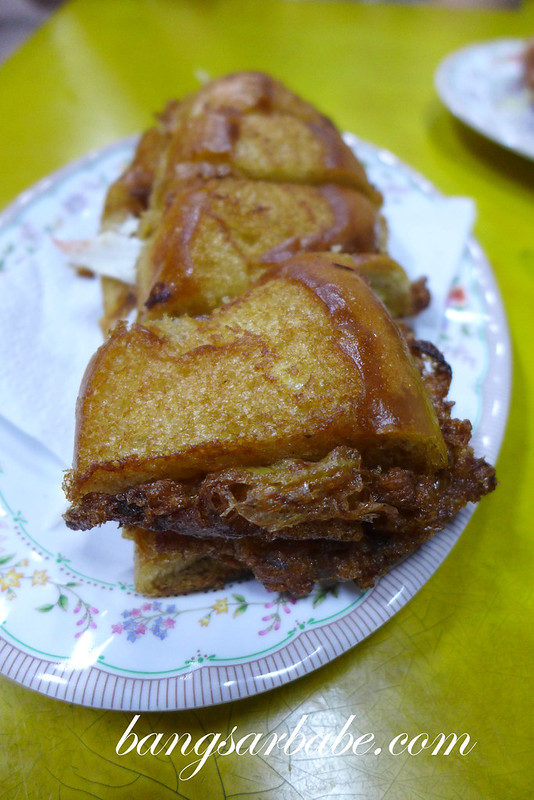 This Chinese New Year, rif and I did a lot of eating in Malacca. We’ve been stuffing our faces since we arrived at 8am. While most of the places are our regulars, we did check out a few new places, including Roti John Puteri Erra at Medan Selera Bunga Raya. 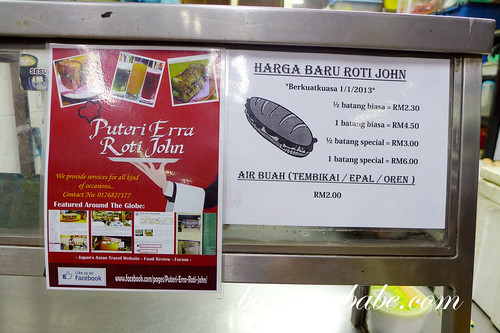 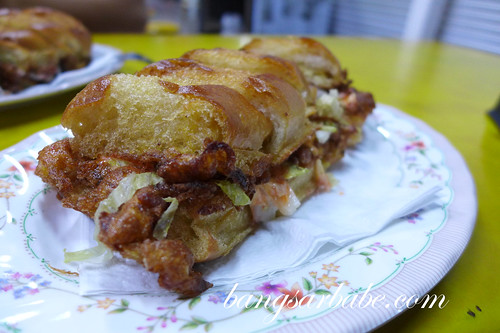 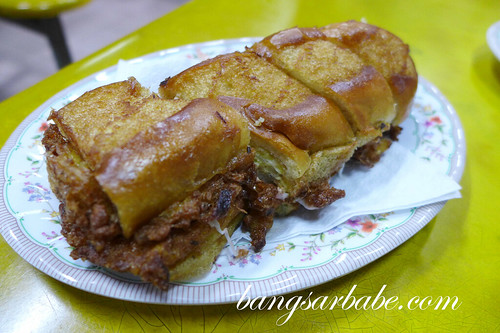 Both looked similar, but the special version comes with more ingredients so ordering depends on your level of greed and stomach capacity. The bread was better than the hotdog buns used at many roti john stalls – almost like a baguette or French loaf. 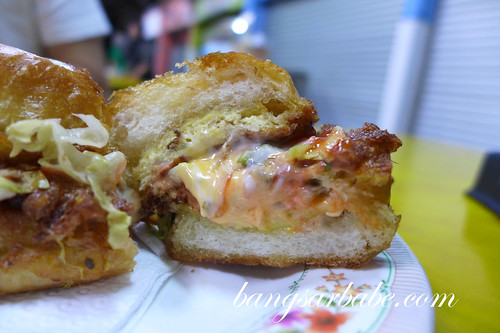 Eating roti john can be a messy affair because the bun often gives way because of all the sauces. But Puteri Erra’s Roti John is a composition of crispy bread and saucy centre. The filling comprised fish flakes, mayonnaise, thousand island sauce, cabbage and onions. Good stuff! 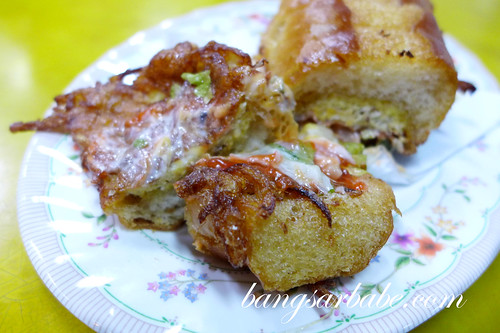 Both the Roti John Biasa and Roti John Special were tasty, but I personally prefer the biasa version. If you want to taste more ingredients than bread, the special version would suit you better. After stuffing my face with the roti john, the apple juice (RM2) was a refreshing finish. 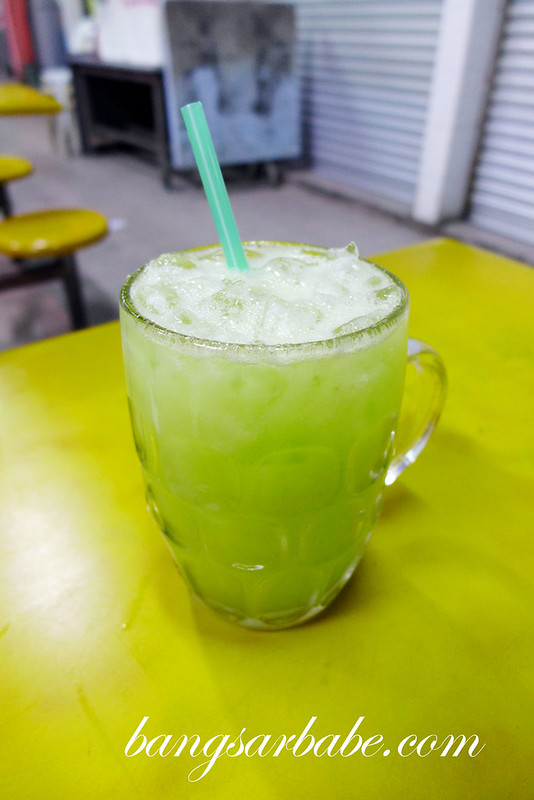 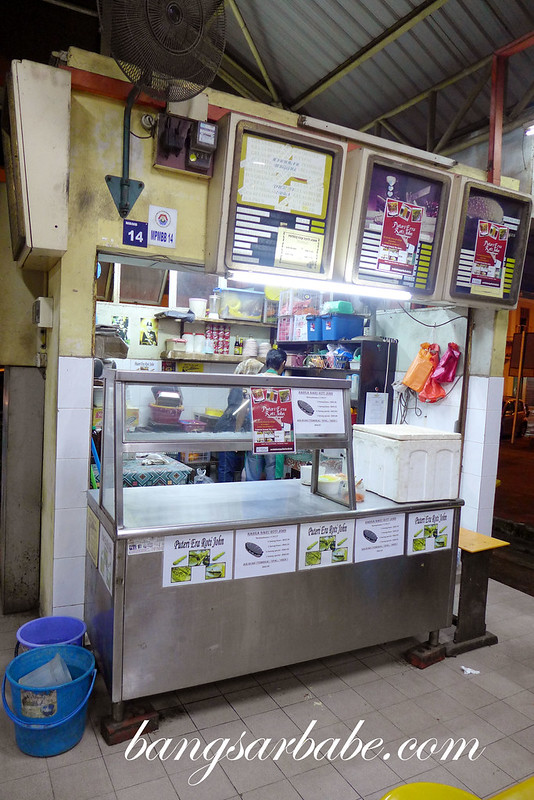