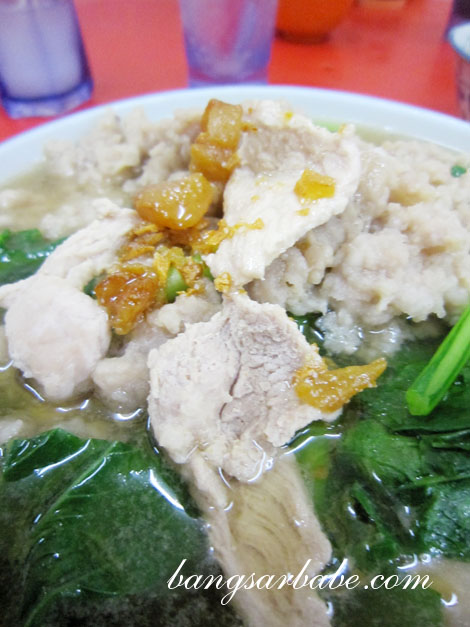 I love a good bowl of pork noodles but waiting 45 minutes for one is ridiculous. I can’t even bear waiting for 30 minutes because the enticing aroma of pork stock, minced pork and pork lard kills me inside. So what does a girl do when she needs a bowl pronto? Look for an alternative and hope it’s decent. 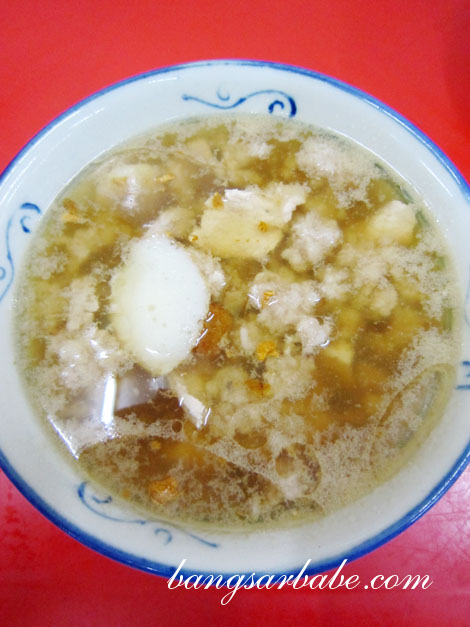 My recent alternative was Hong Cha in OUG. After my shockingly foul chow tofu discovery, some soothing of the taste buds was necessary. And the pork noodles at Hong Cha was highly talked about by a few friends. 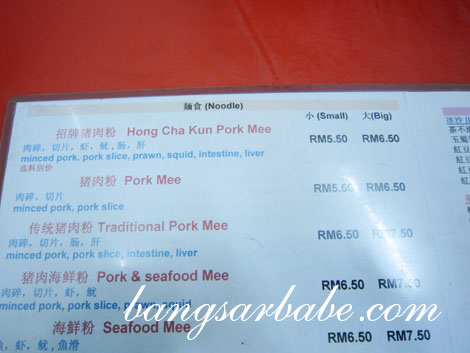 There’s a pork and seafood noodle version called Hong Cha Kun Pork Mee, but I wanted just pork noodles so I opted for the Pork Mee (RM5.50-small, RM6.50-large). If you’re a fan of innards, go for the traditional version with minced pork, pork slices, intestine and liver. 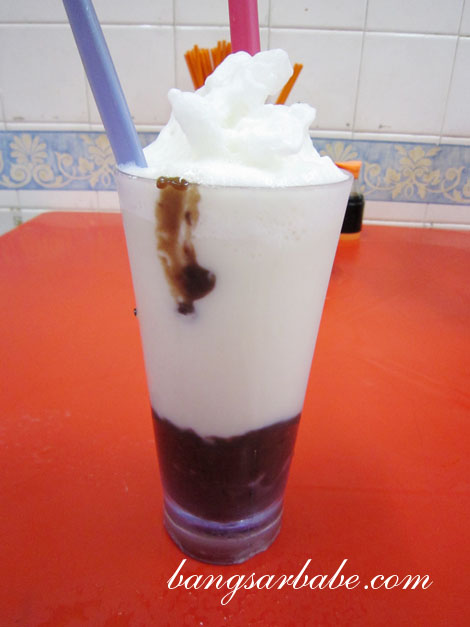 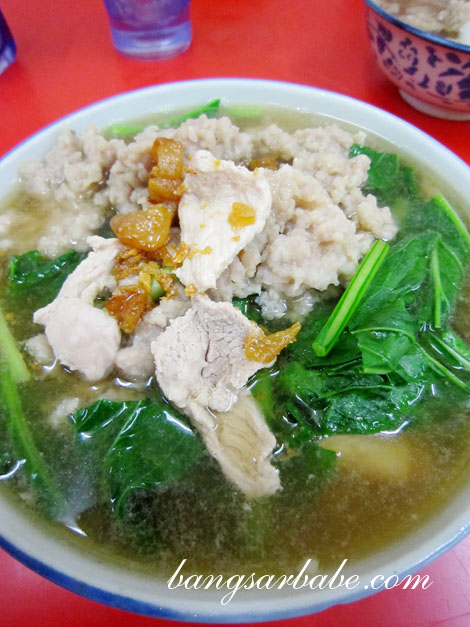 Wait time was 15 minutes and I had a red bean ice blended to keep me from fidgeting impatiently. Hong Cha uses a PDA ordering system – to minimize mistakes and shorten wait time, I suppose? I fished inside my bowl and found a generous portion of minced meat, pork slices and pork lard. Pork lard makes everything taste better. 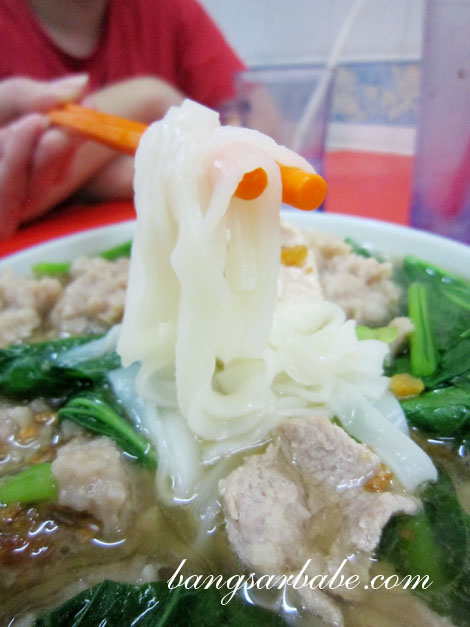 The broth was relatively cloudy from the bones and flavourful from the supple fattiness of the pork. It was porky alright, but not as porky as I like it to be. My benchmark of porkiness is Champ’s pork noodles. You need to eat like a man to finish a bowl at Champ’s. 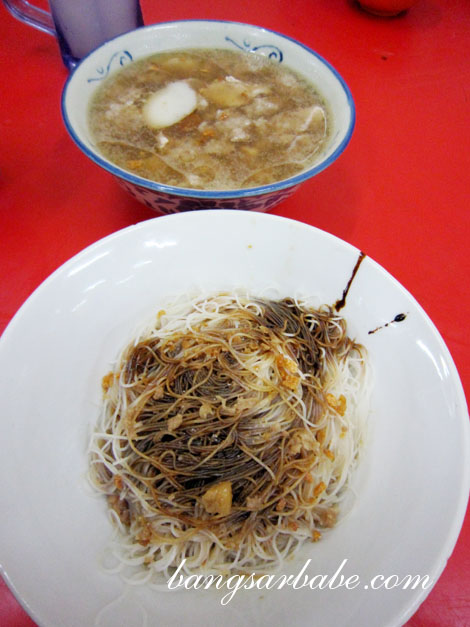 Overall, it was a decent bowl of pork noodles and I wouldn’t mind coming back for more. 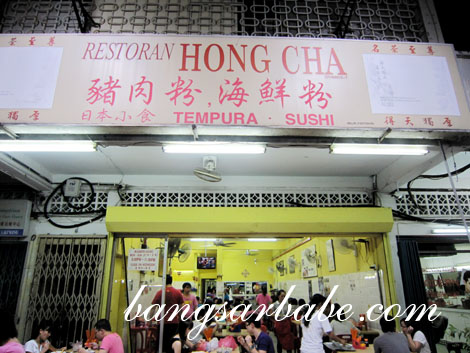