Exploring back alleys when the sun sets isn’t a good idea these days, given how it is no longer considered safe (even for a man) to walk around at night. But back alley food hunts during the day are fun and I’m often rewarded with more than a satisfied grin and tummy – I get to feel smug about my discoveries with rif. #kiasu 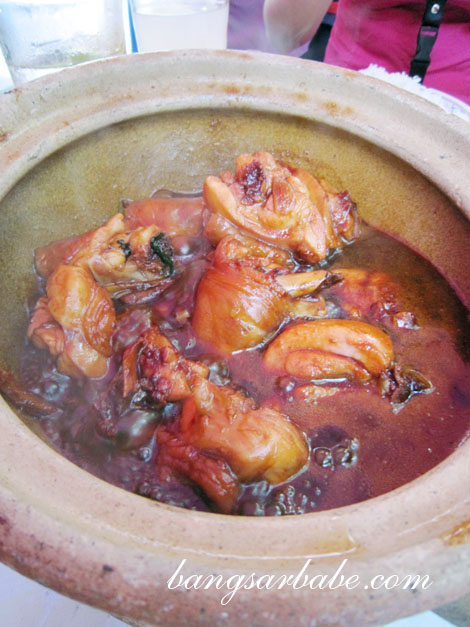 I learnt of this “fa tiu kai” place in Lorong Yap Ah Loy from a colleague, who also enjoys hunting for good food. For the uninitiated, Fa Tiu Kai is claypot chicken with fa tiu wine and dark soy sauce. I was told this version is better than the one from Kien Kee in Seri Kembangan, but I can’t make any comparison as I have yet to try the latter.

The restaurant doesn’t have a name – people simply refer to it as the “Fa Tiu Kai” place – and it is very popular among office workers in that part of town. Come after 12.30pm and every table available will be occupied. My table of four shared a fa tiu kai (RM14 for 2 pax), lou siu ping on/steamed tofu, egg and fish paste (RM8), yong tau fu (RM1 per piece) and a stir-fried siu bak choy (RM8). 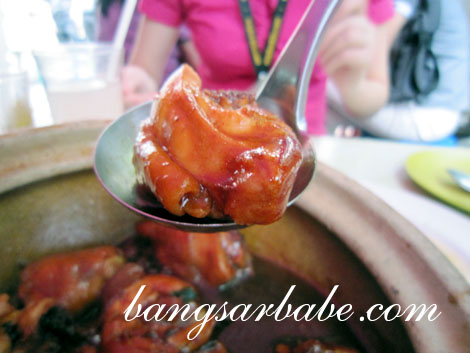 Sounds like a bad word, but “fa tiu” chicken is good! 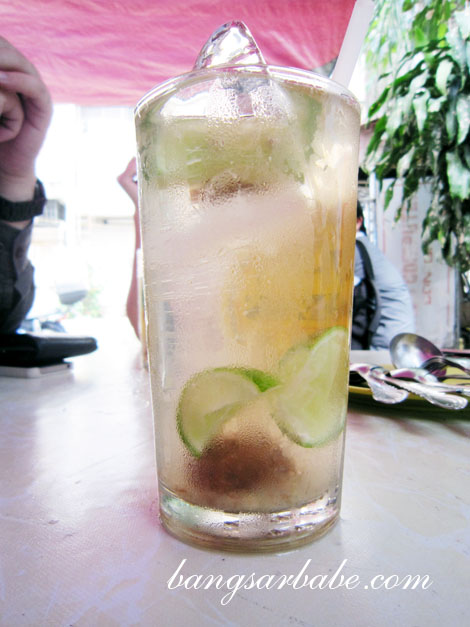 Only the thigh and drumstick are used, which is most ideal for me. The chicken was smooth and tender, and thoroughly coated with dark soy sauce. The fa tiu wine gave this dish a deep and caramelised aroma, but not enough to get you drunk. ;) I’m generally not a fan, but their version of kat chai suen mui (RM1.60) is pretty refreshing. 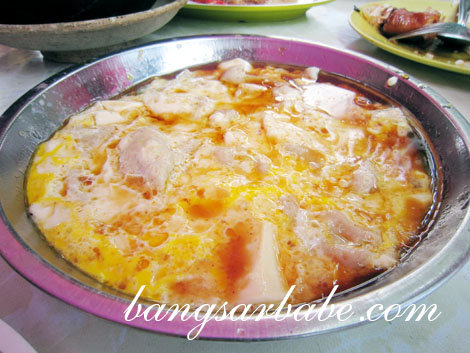 Lou Siu Ping On is a plebian version of the three emperor egg, comprising fish paste (yue wat), white tofu and chicken egg, steamed and drizzled with light soy sauce and some sesame oil. Some found it too plain for their liking (rif included when I took him there), but I liked its  delicious simplicity. 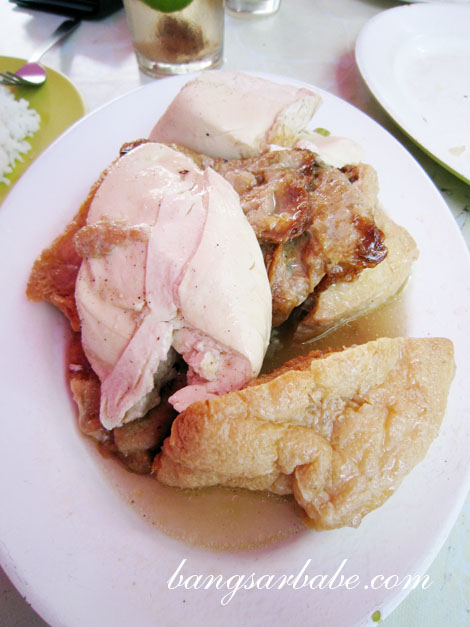 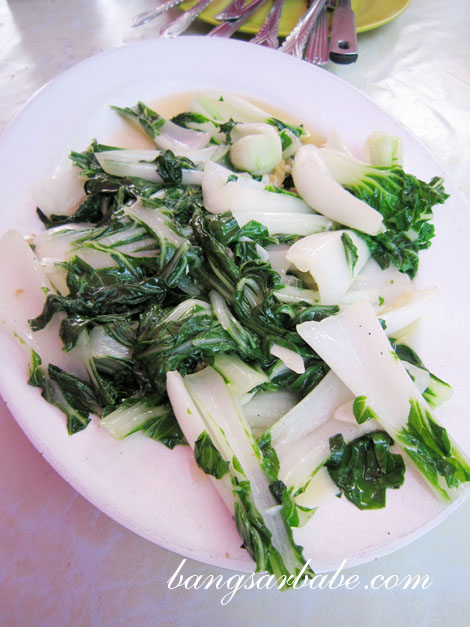 The yong tau fu was not worth raving about; I found this under seasoned and the gravy was too light to make an impact. On a subsequent visit, we had the wong zhao kai (RM14 for 2 pax), braised pork belly (RM25) and egg-wrapped fish paste (RM8). While it was pretty decent, I didn’t care much for this chicken because wong zhao isn’t my favourite Chinese rice wine. Hung zhao (Fuzhou red rice wine) is. #fuzhoupride 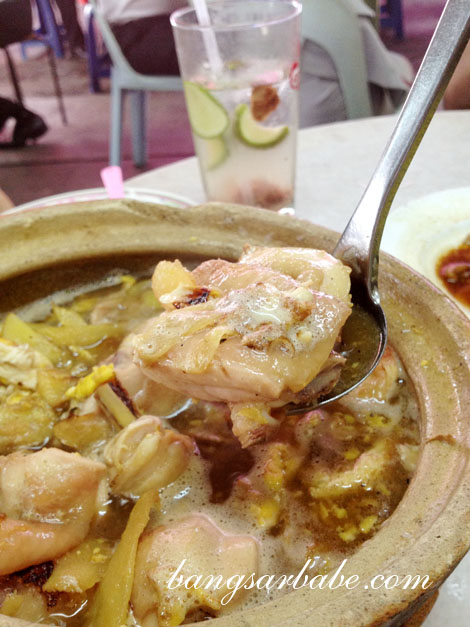 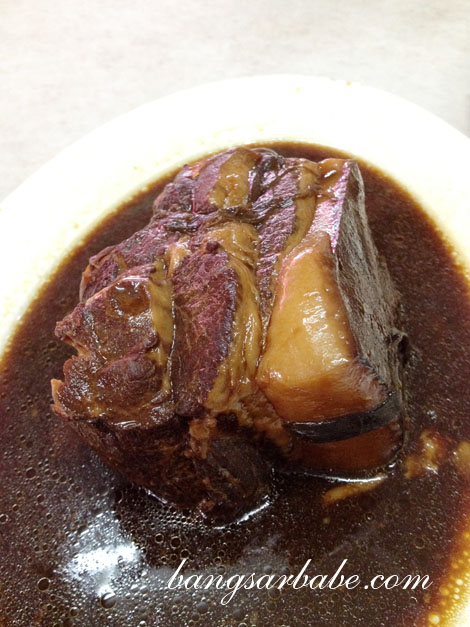 The braised pork belly was meltingly tender with a thick layer of soft fat on top. Definitely not for those on a diet! Sadly, meltingly tender was the only good thing about this pork belly. The gravy was underwhelming and rather one-dimensional in taste. 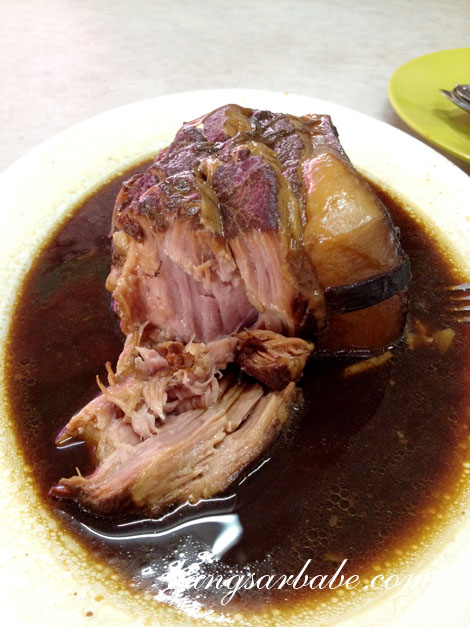 Tender, with a tasty layer of fat 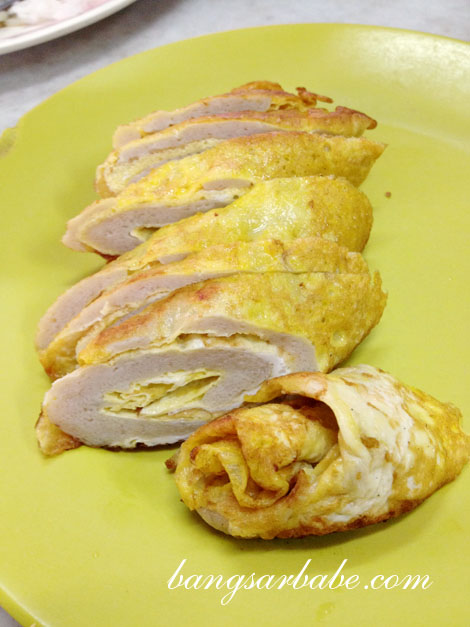 Although interesting, I found the egg-wrapped fish paste slightly bland and dry around the edges. This could use some chilli or dipping sauce. I could be biased though, as quite a number of tables ordered the same thing and seemed to enjoy it.

Lunches here are pretty reasonable – we usually pay between RM10-15 per head with drinks. Walk down this alley and you will find the Swiss Roll pushcart I blogged about.