Asia Café is a popular college student hangout and boasts a variety of food stalls to cater to the crowd. To be honest, I’ve always avoided this place because the food is pricey for hawker fare and I always walk out smelling like food. One of the stalls that stood out in Asia Café is Sushi Heng and it serves some of the most creative sushi dishes I’ve tried thus far. 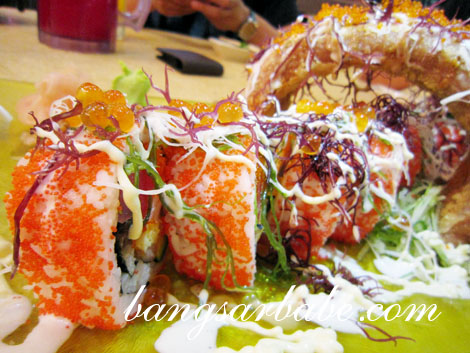 The man behind this stall is Nicholas Heng, who boasts more than 28 years of experience in the kitchen. He was trained by Japanese chefs and has worked in kitchens all over the world including London, Los Angeles and Las Vegas. That’s probably why he’s open to different ideas and flavours when it comes to creating sushi, without completely compromising the original concept of sushi. 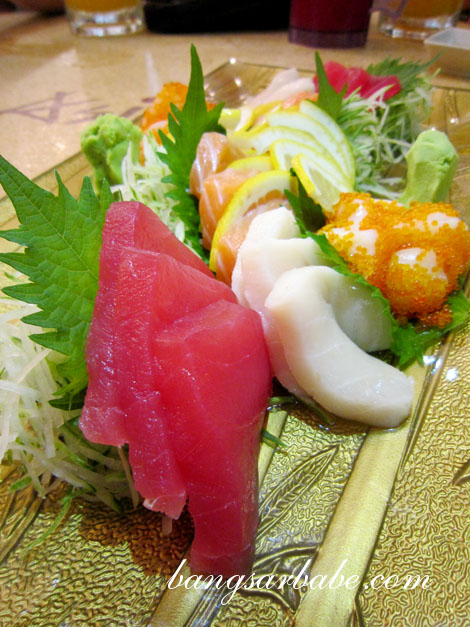 To start, we tucked into the Sashimi Mix (RM78 for 5 pax); a lovely assortment of salmon, tuna, butterfish, octopus and scallops. All were fresh – the cutting was skillful and the fish slices were nicely arranged. I found the tuna juicy and meaty, while the salmon had a delicious, fatty flavour. The scallops – coated with roe – were succulent and crunchy with a seafood-ish sweetness. 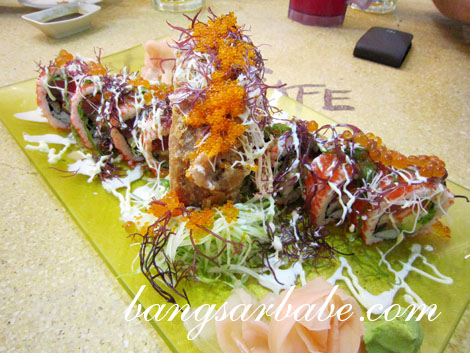 I was very impressed with the presentation of the Fusion Laughing Buddha Roll (RM40). This was a grand assemblage of crabstick, egg, avocado, radish, roe and lettuce, and topped with large salmon roe. The ‘body’ of the roll was deep fried yam; similar to the yam basket dish often found at Chinese restaurants. This not only looked good, it tasted good too. Flavours were rich and complemented one another. 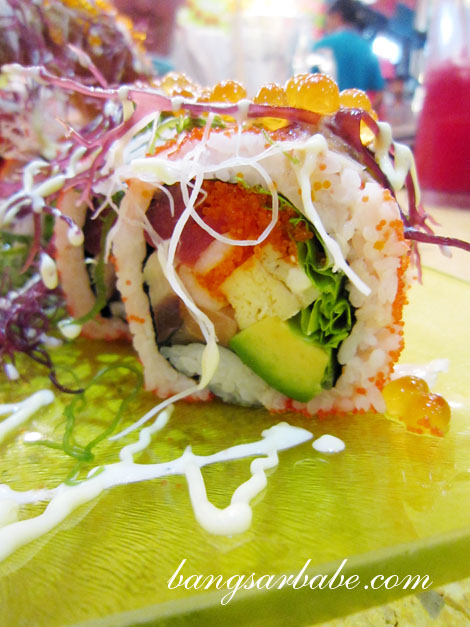 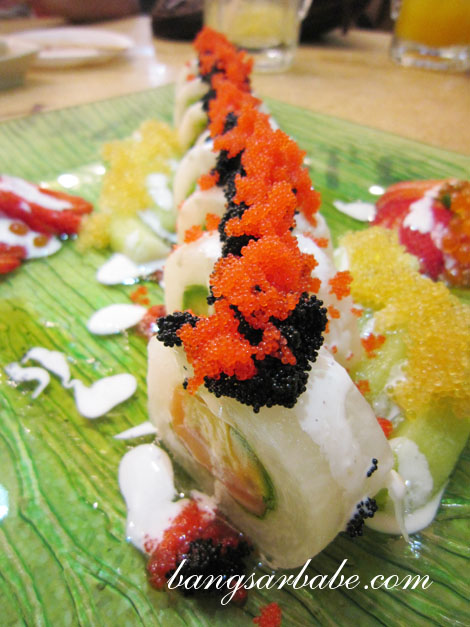 The Niagara Twist (RM30) was less ostentatious, but it was tasty in its own way. No rice was used to make this – the outer layer of the sushi was radish, which enveloped a centre of salmon, avocado and pineapple. I was initially skeptical about this combination, but Nicholas’ clever composition of textures and flavours proved me wrong. The sushi was crunchy from the radish with a soft and creamy texture from the salmon and avocado. I liked how the pineapple and radish gave a touch of zest to this creation. 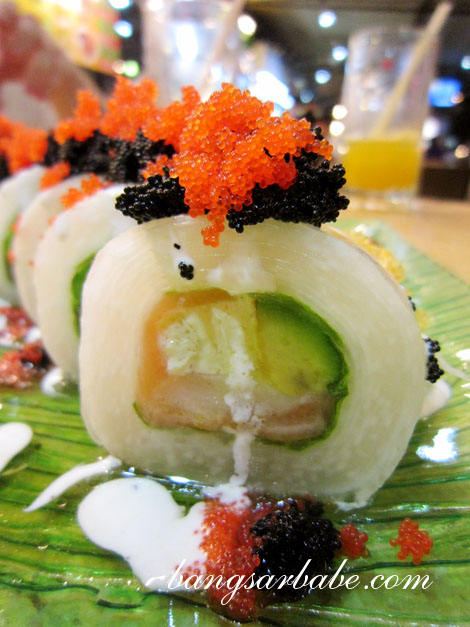 One can always trust Nicholas to rustle up creative dishes such as the Tiramisu Atlantic (RM15). This was almost too pretty to eat. The ‘tiramisu’ was a fort of chopped tuna and salmon, salmon roe, long slivers of radish, and topped with a fairly large prawn. I really enjoyed this. The fish was fresh and firm, while the roe gave each mouthful a burst of salty flavour every time I bit into one. Even the prawn was sweet and creamy! 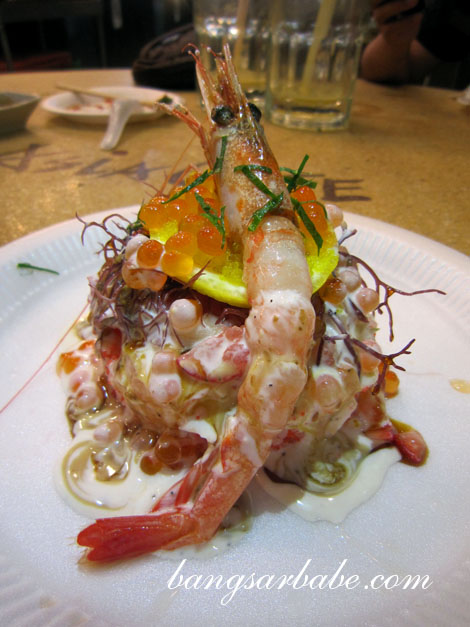 Food was good and I liked how creative Nicholas was with his sushi and presentation. Prices are reasonable considering the portions and ingredients used. It was hard for me to pick on the food, despite countless attempts to do so. My only gripe about the place is the ambiance – every now and then, you get choking whiffs of fried sambal chilli from the stall across. 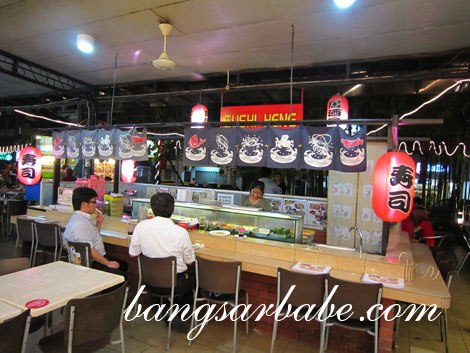 That night, two Japanese men dined by the counter and gave the food the thumbs up. I guess I wasn’t the only one who was impressed. I may not like Asia Café very much, but for creative and tasty sushi rolls that don’t cost a bomb, Sushi Heng makes a good choice. 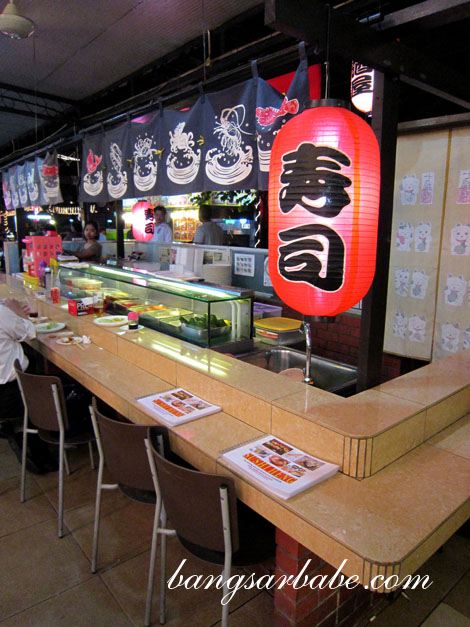