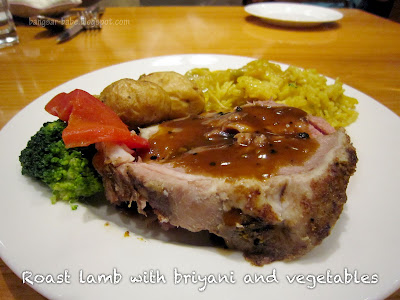 While buka puasa bazaars boast a variety of food items at affordable prices, the hungry, aggressive crowd swamping my favourite murtabak and ayam percik stall scares me. I worry for my shoes (and feet!) constantly. If there was one thing I’ve learnt over the years, it’s never to fight with a hungry man. Ever. I reckon that’s one of the reasons why I haven’t made my way down to Ramadan bazaars this year. I did however visit a ‘bazaar’ last week – at Cinnamon Coffee House in One World Hotel. 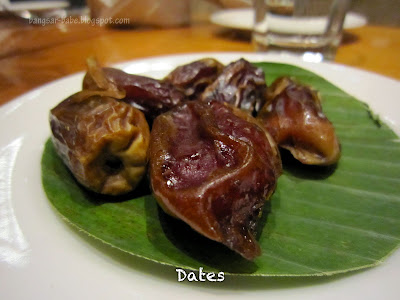 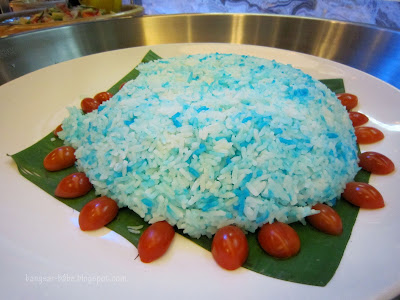 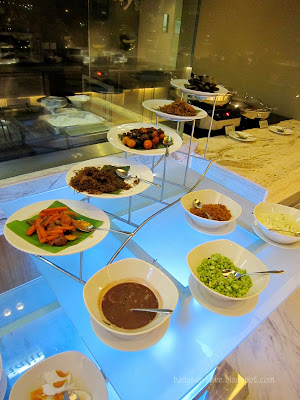 Themed “Selera Kampung-Ku”, the buffet spread was mind-boggling – stalls were even placed at the front entrance of the restaurant. They even had food stalls set up at the alfresco section; talk about going all out! There are 8 rotating menus for the buffet, so there’s no need to worry about too many repeated dishes. Besides traditional Malay and kampung fares, the buffet also comprised Western, Chinese, Indian, Middle Eastern, Fusion, Japanese and a pasta station. 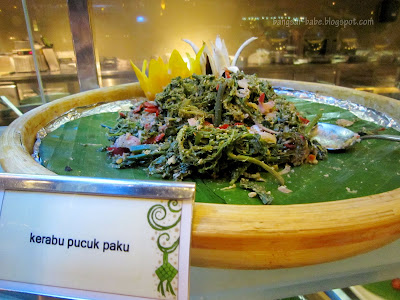 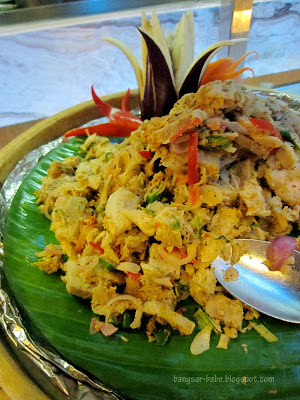 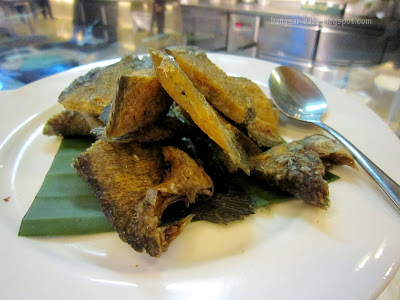 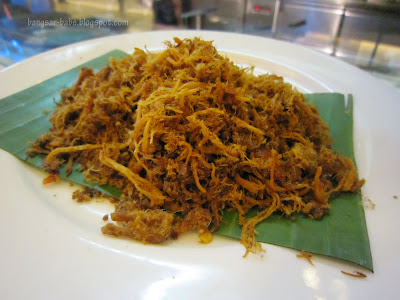 Most popular that day was the carving station – whole roast lamb with roasted vegetables and briyani rice and sauce condiments (mint sauce, black pepper sauce and dalcha). By the time I got to this station, the whole lamb was gone. But this was quickly replaced with another freshly roasted lamb. I had a large slice and it was juicy and tender with a tasty layer of fat. The meat, seasoned with herbs and spices smelt wonderful and the briyani rice was as fluffy as it should be. 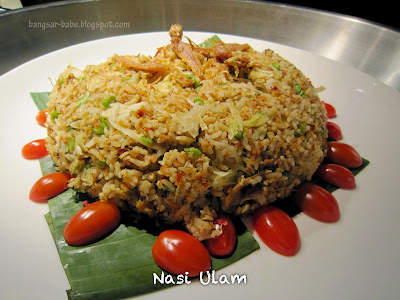 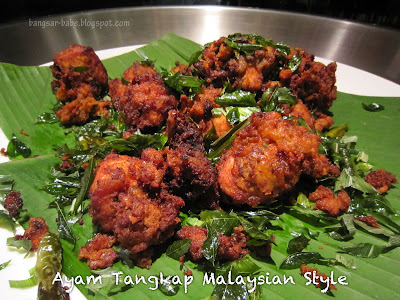 There was a variety of kerabu on display and I especially enjoyed the kerabu pucuk paku; spicy with just the right amount of flavour. I’ve never eaten nasi ulam, but this was incredibly addictive. Redolent of spices and herbs – notably lemongrass – this went well with the Ayam Tangkap Malaysian Style. The chicken pieces were juicy and richly flavoured, but try to choose the drumstick or thigh. I found the breast a tad dry. 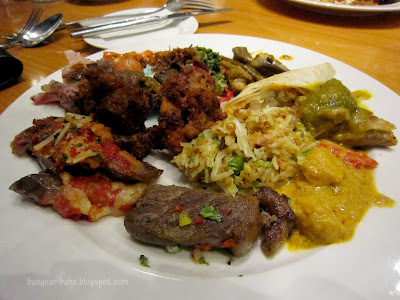 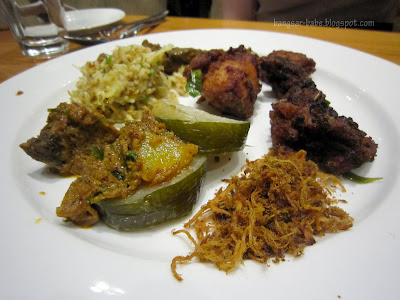 Clearly, this wasn’t my plate. It looked too ‘bare’ to be mine! :P 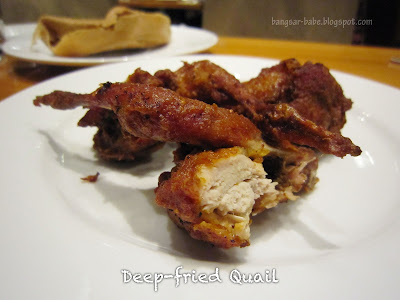 I found the chicken murtabak just alright but the shawarma was tasty enough from the ample filling. The selection of curries and rendang went well with the nasi kerabu and nasi ulam; I piled my plate with a scoop of each. Almost everyone made a beehive for the beef rendang and roti jala, so I followed suit. The beef chunks were cooked till slightly flaky and the rendang gravy was thick and ‘lemak’. 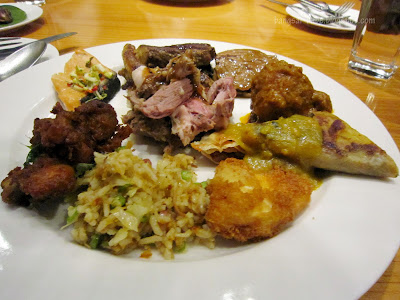 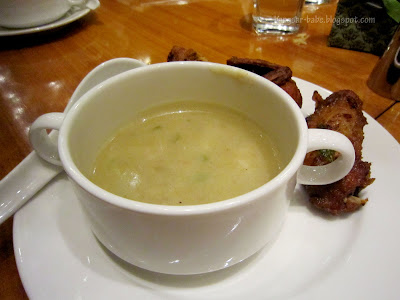 My thick slice of beef from the grill station was tasty enough, but hardly as memorable as the Malay selection. What looked like bubur lambuk turned out to be a thick and heavily spiced mushroom soup – I liked this. 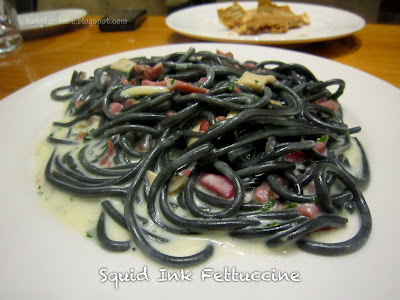 The squid ink fettuccine with mushrooms and beef bacon which I ordered from the pasta station was slightly under seasoned, but a few shakes of salt and pepper fixed this. 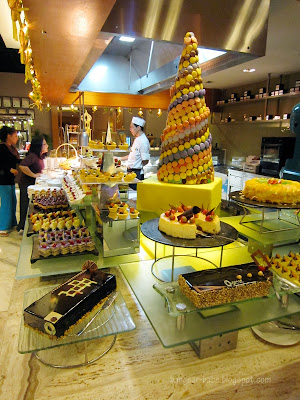 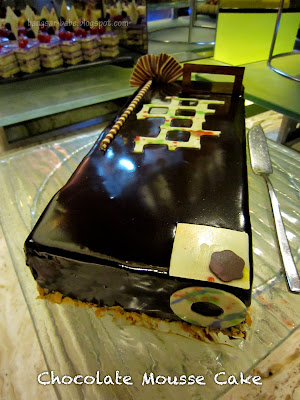 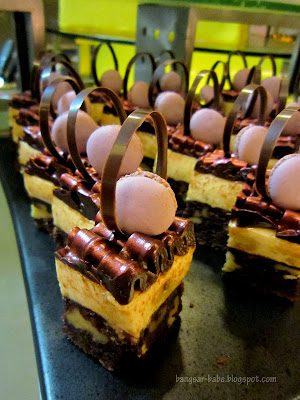 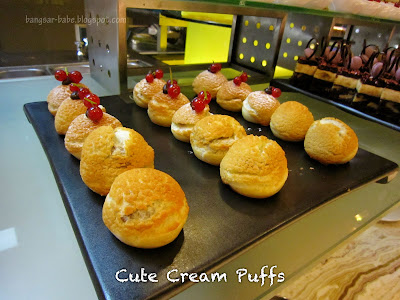 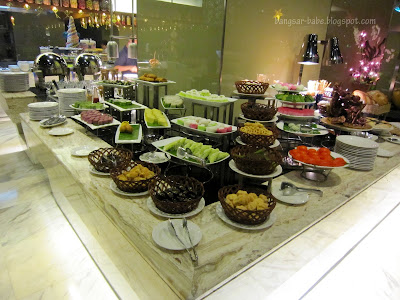 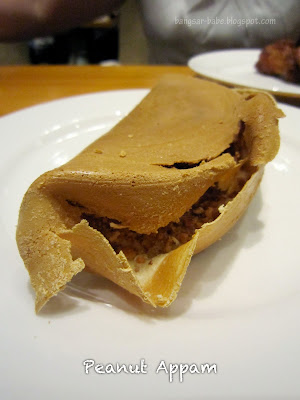 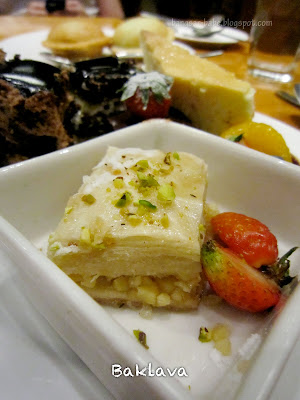 Dessert selections were plenty, but there was only so much I could fit into my bulging tummy. I selected a few desserts carefully – opera cake, cheesecake, chocolate mousse and fruit tart. Of the lot, I most enjoyed the opera cake and cheesecake. 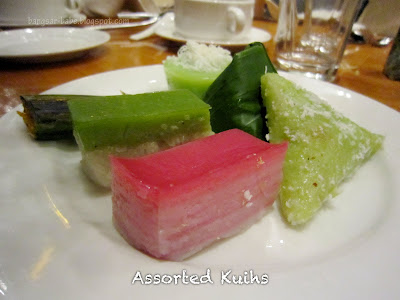 Sadly, the local desserts didn’t mark up to my expectations. The kuih talam was too sticky while the kuih ketayap had too thick a skin. I was also disappointed with the onde-onde as the Gula Melaka filling wasn’t liquid enough. 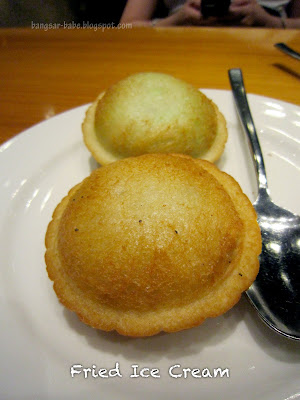 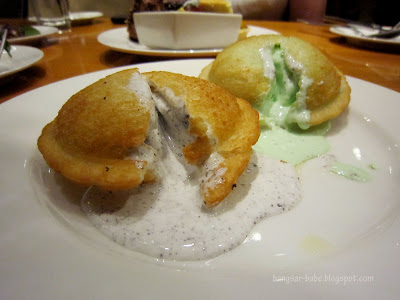 That said, I did enjoy the fried ice cream – pistachio and cookies & cream. This reminded me of the times I used to pay RM2.50 per piece at the SS2 pasar malam. Only difference is, you get to eat as many as you can stomach at Cinnamon Coffee House, and in different flavours. I capped off my meal with a cup of teh tarik. Not bad, but it would have been perfect if the tea was frothed. 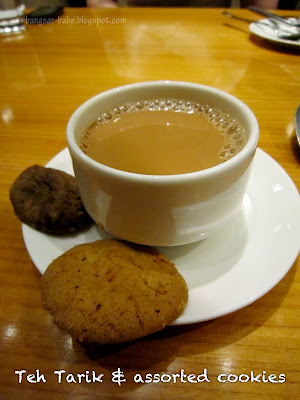 By the end of the night, I was gastronomically comatose-d that I could hardly make my way to the parking lot. Thank you Florence, of One World Hotel for the gracious invite and for accompanying me throughout the dinner. Thanks Charlie, for tagging along so last minute. It was fun catching up! So for those of you who want the luxury of an extensive Ramadan spread minus the night market feel, give Cinnamon Coffee House a try. One advice though: Make sure you have enough stomach space to sample all the traditional Malay and kampung fares on offer!

Verdict: A bit pricey, but the food is pretty good in general and selections are aplenty. 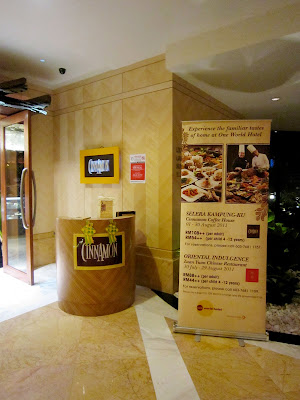