Nero Nero in DC Mall is a recommendation from a friend who has a fairly discerning palate when it comes to good food; Italian especially. Jien and I had a rather enjoyable lunch the first time around so we returned soon after with our firstborn in tow. 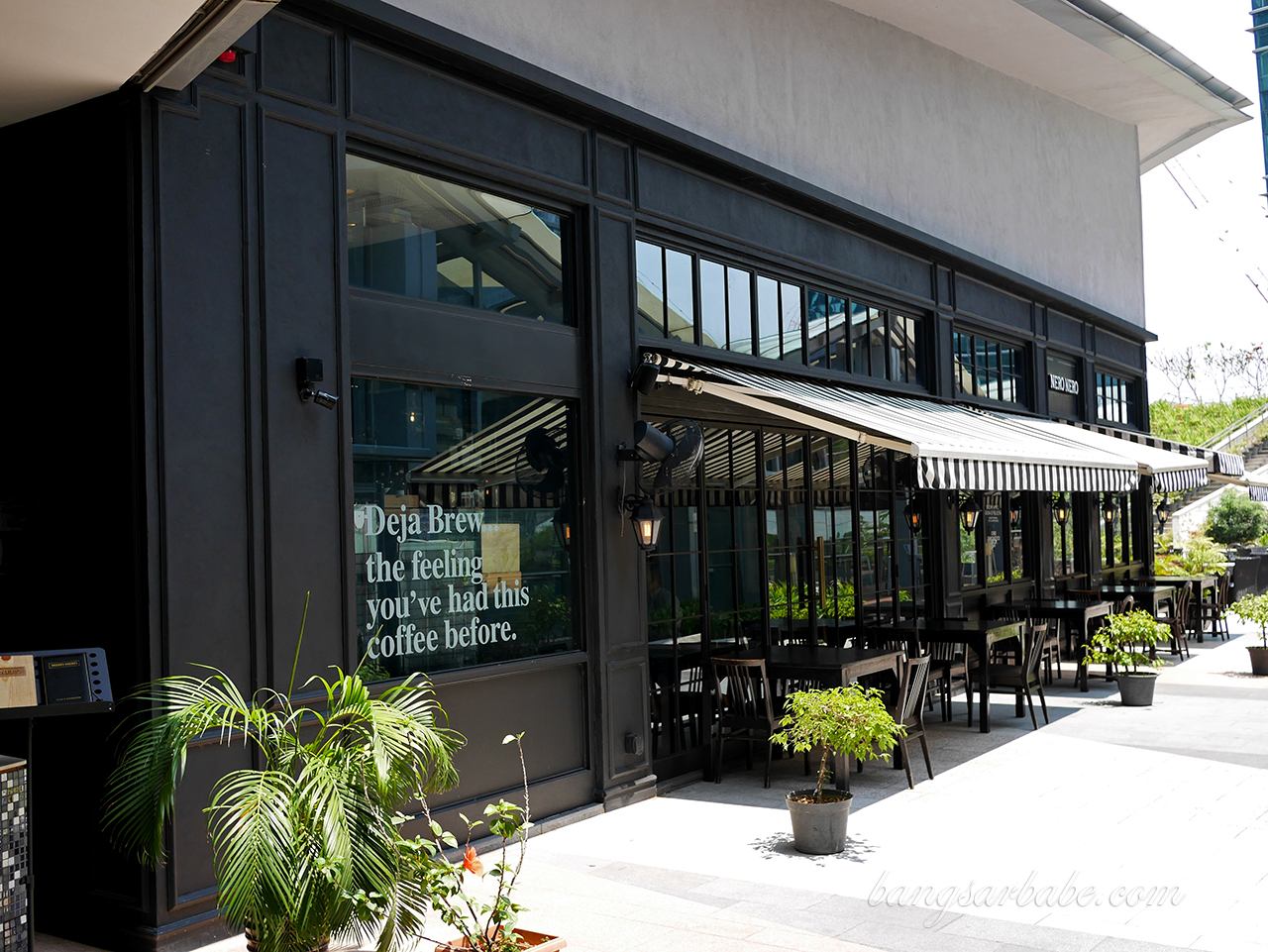 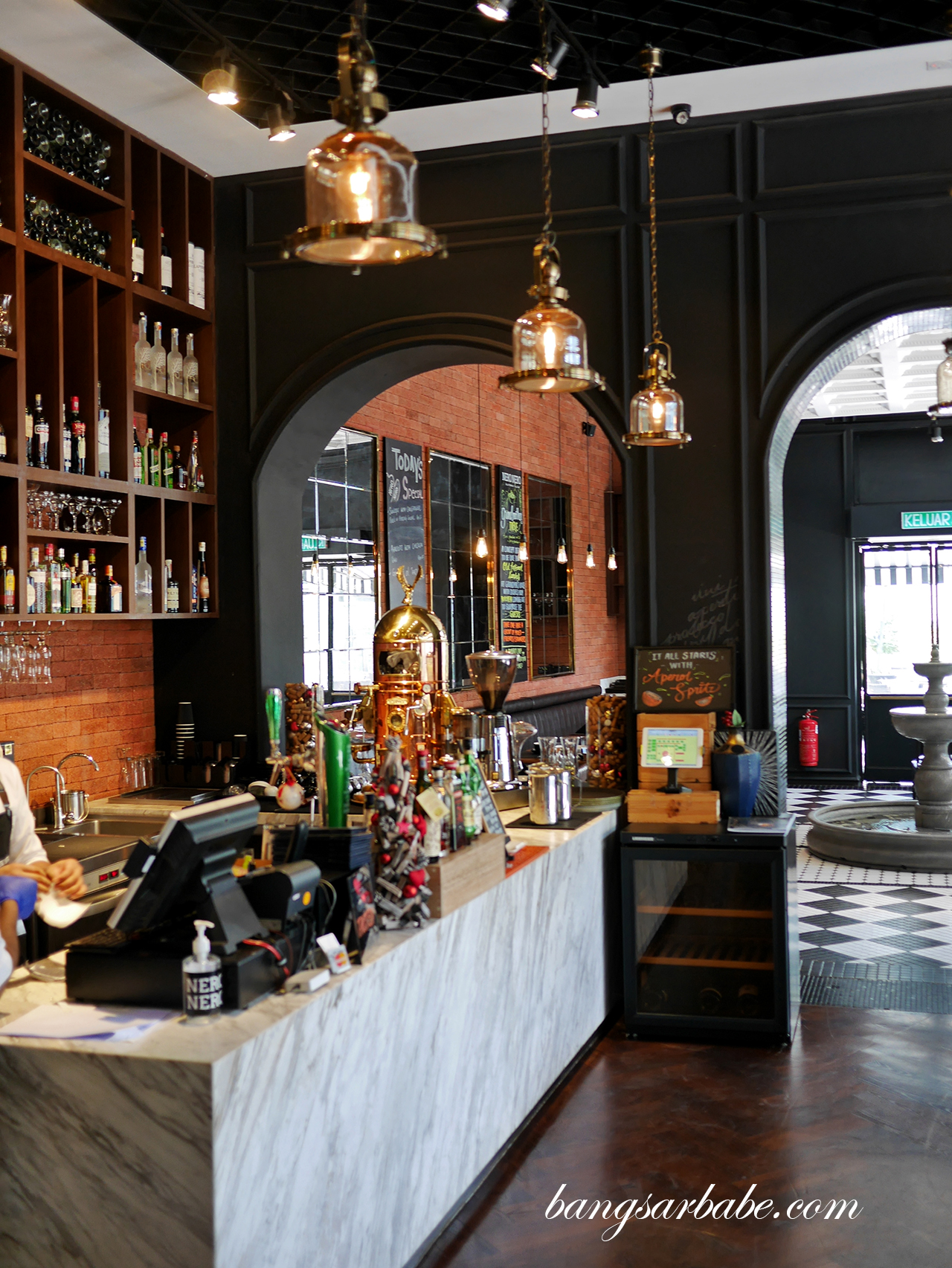 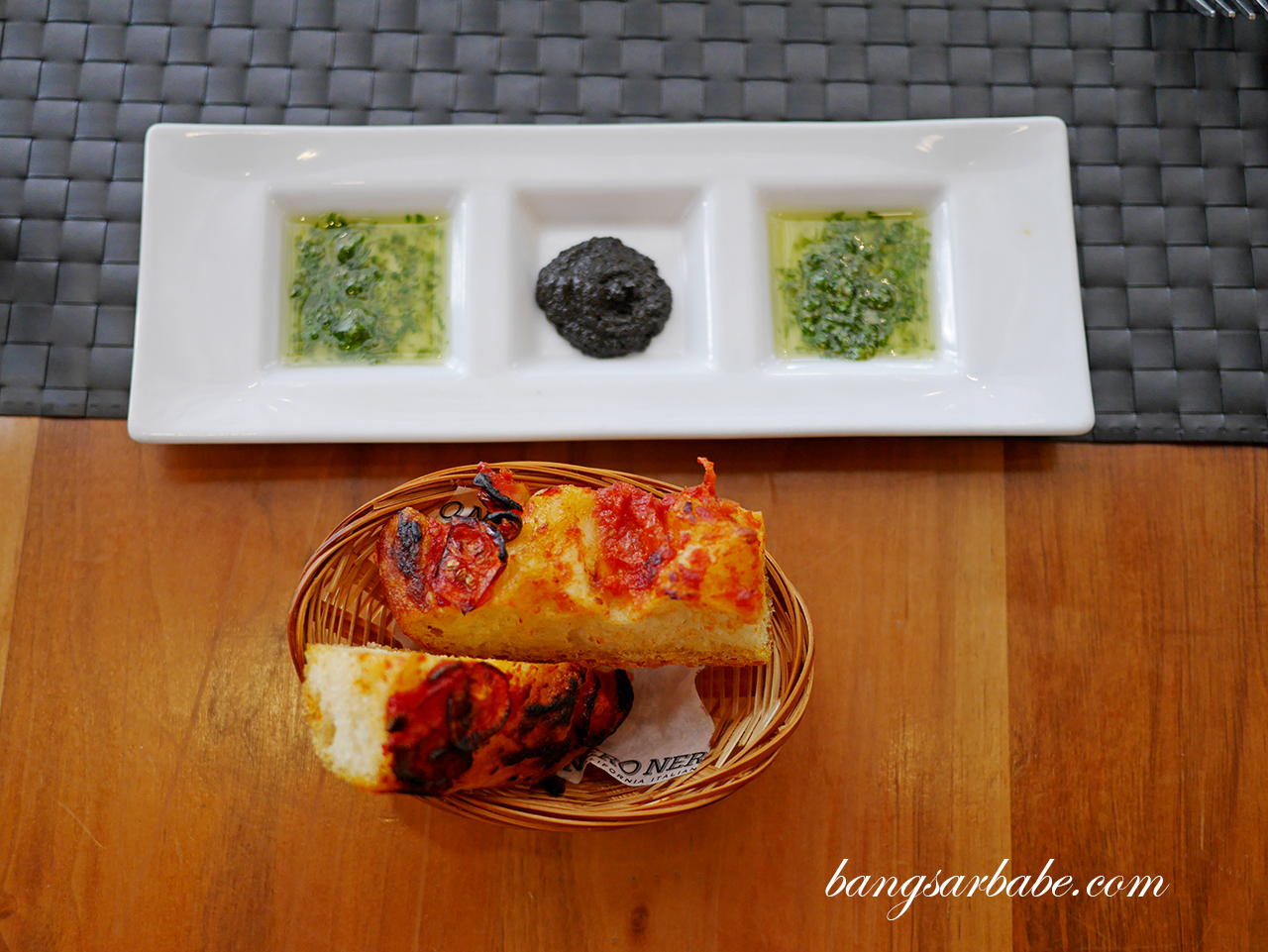 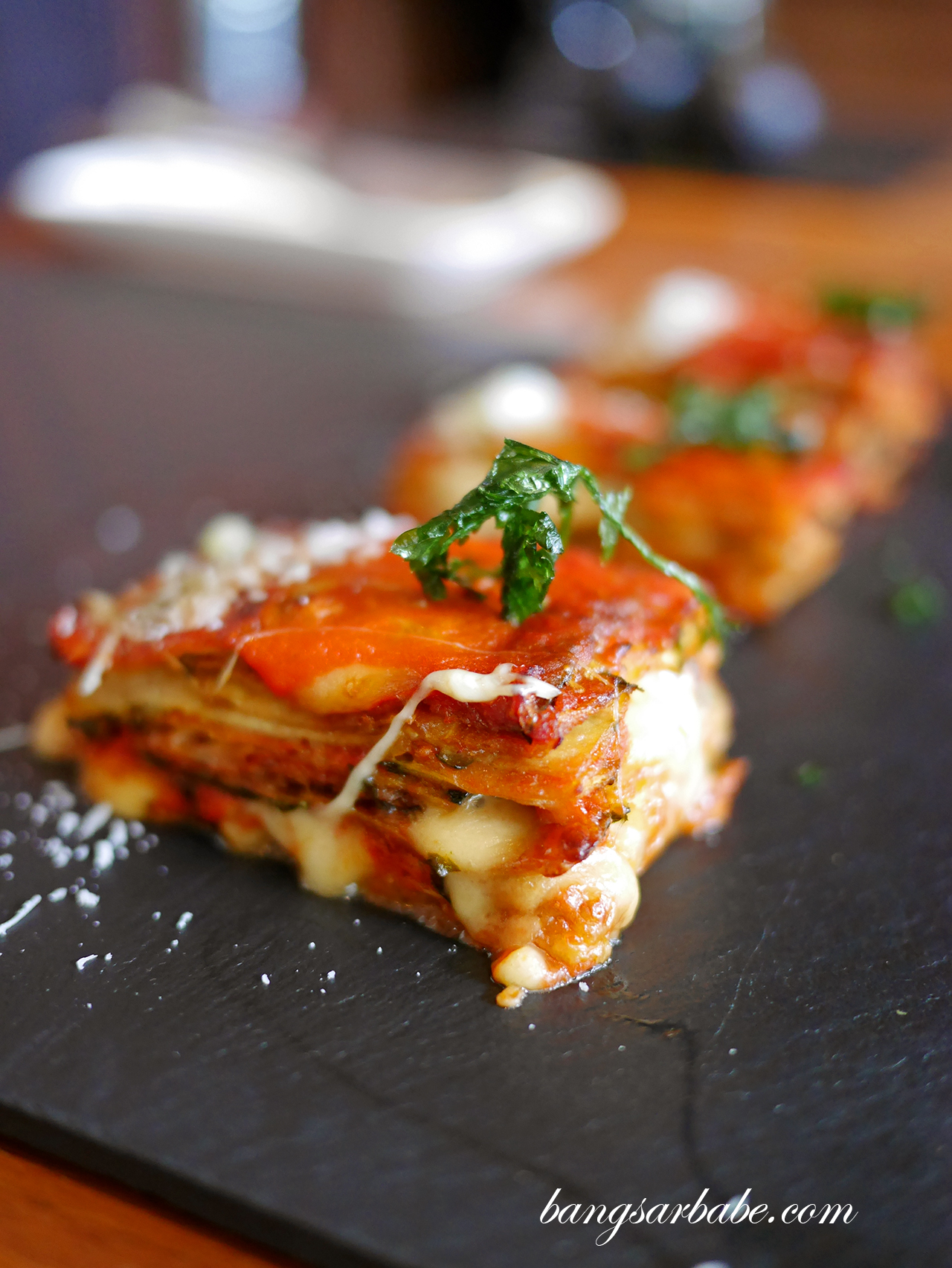 Service was more attentive during our first visit, less so when we were there second time around. But both times, the staff were friendly. Our antipasti of zucchini parmigiana (RM33) features layers of zucchini and mozzarella, blanketed in tomato sauce and finished with Parmesan on top. Nothing cutting-edge, but a classic done well. 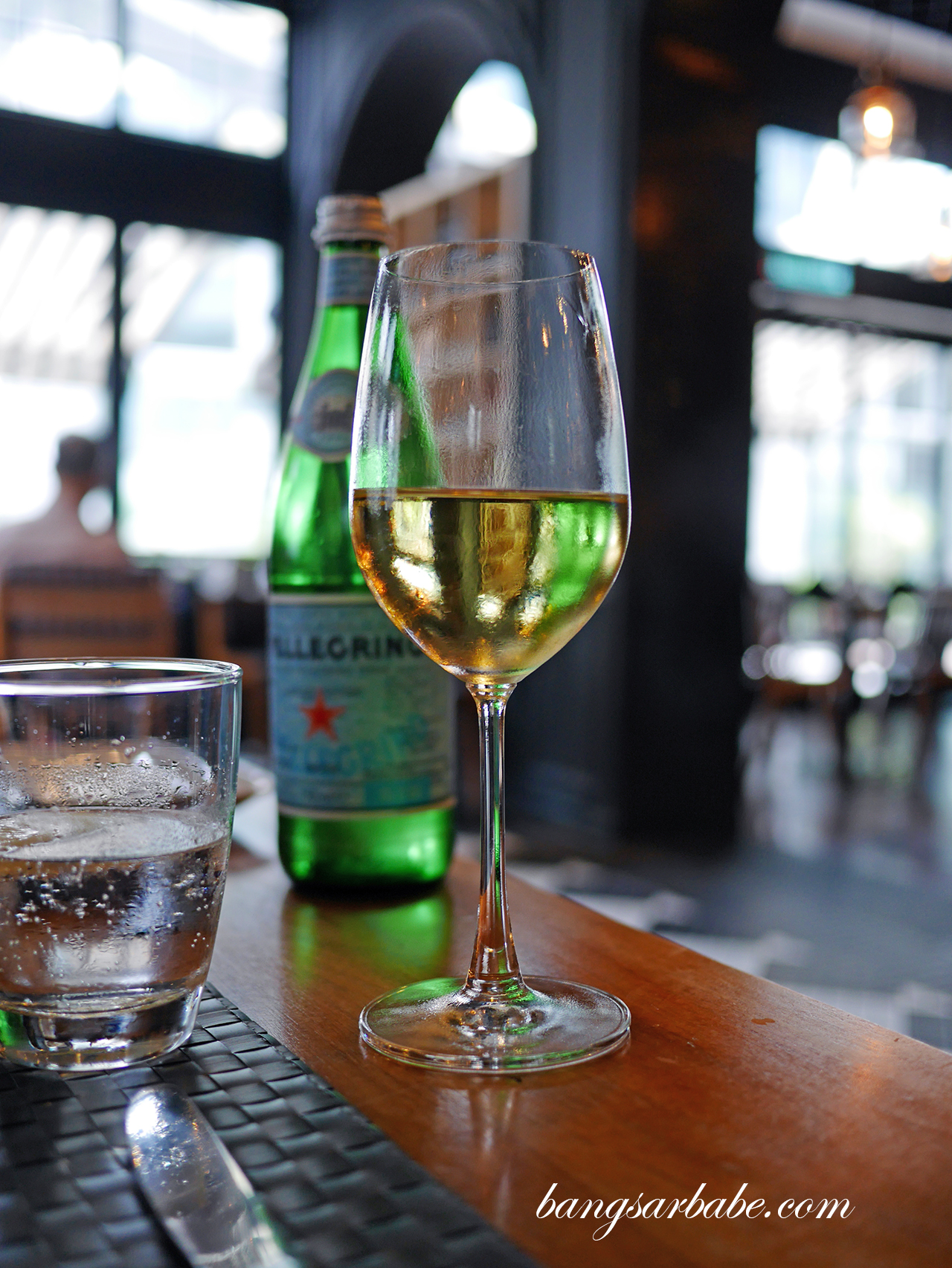 Can’t remember this white wine, but it wasn’t really my type 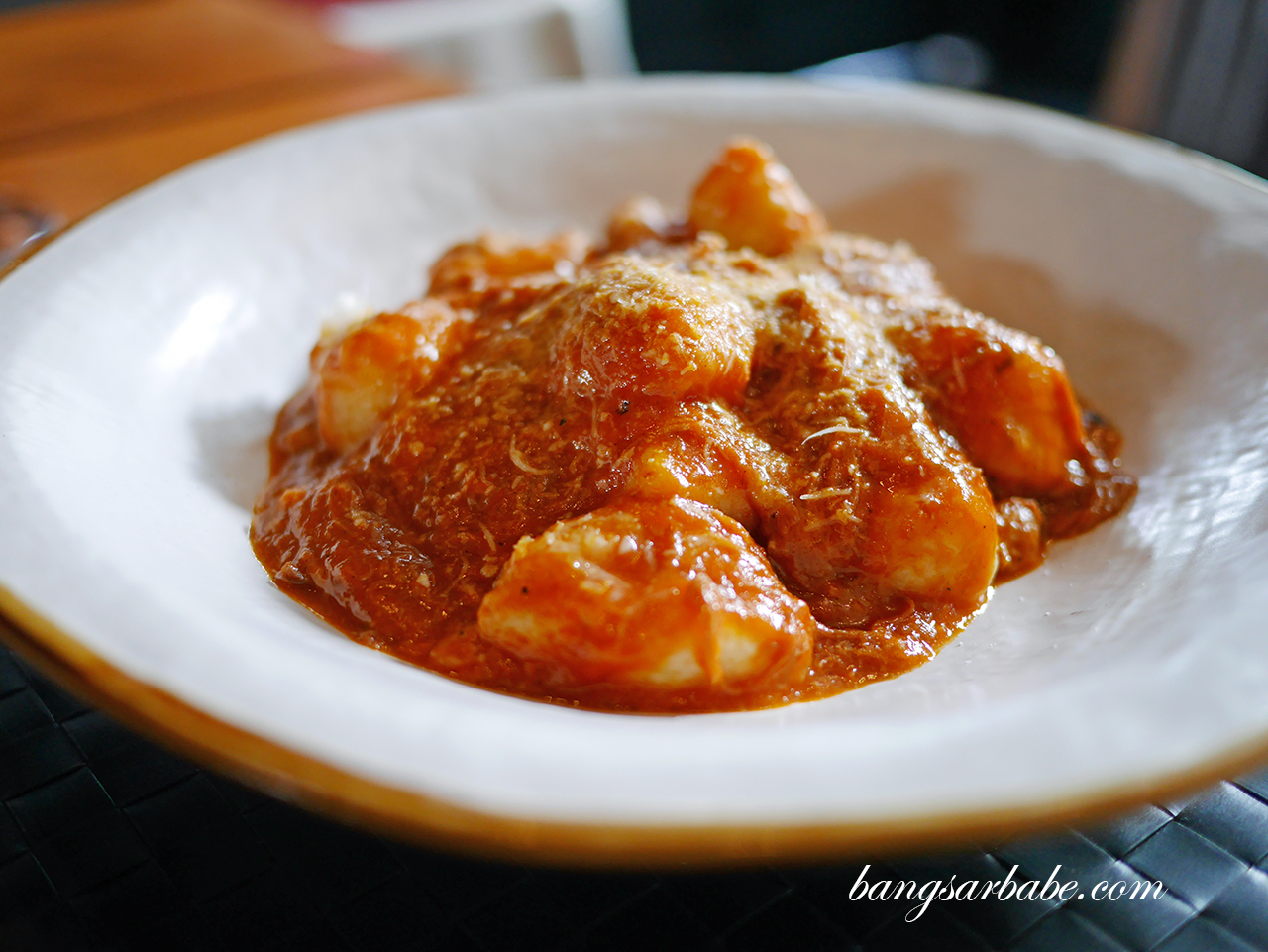 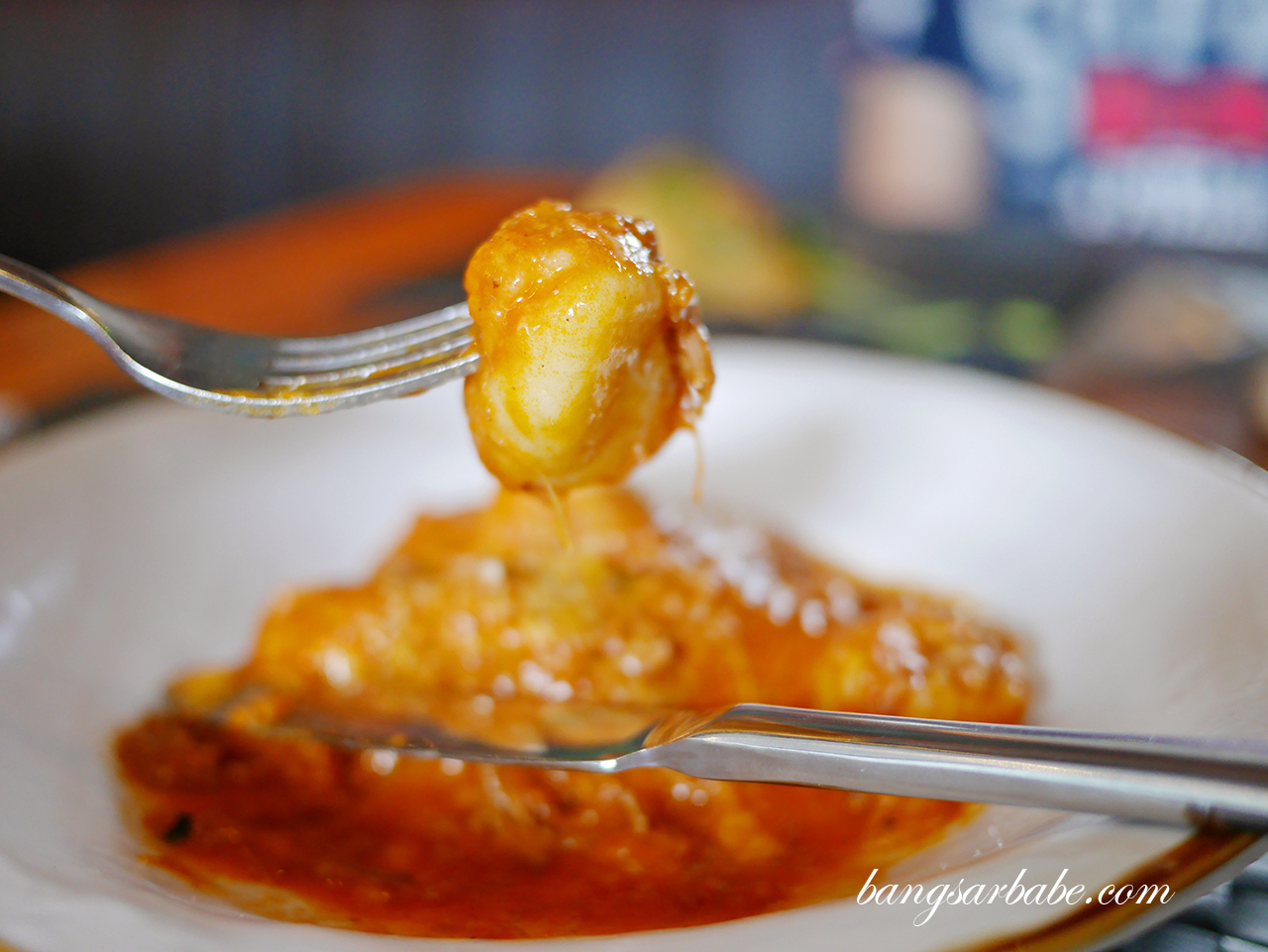 The sauce of my Gnocchi al Ragu (RM67) was a knockout – slow-cooked lamb that packs flavour and tang from the tomato-based sauce, with potato dumplings that were light and pillowy. I really enjoyed this. 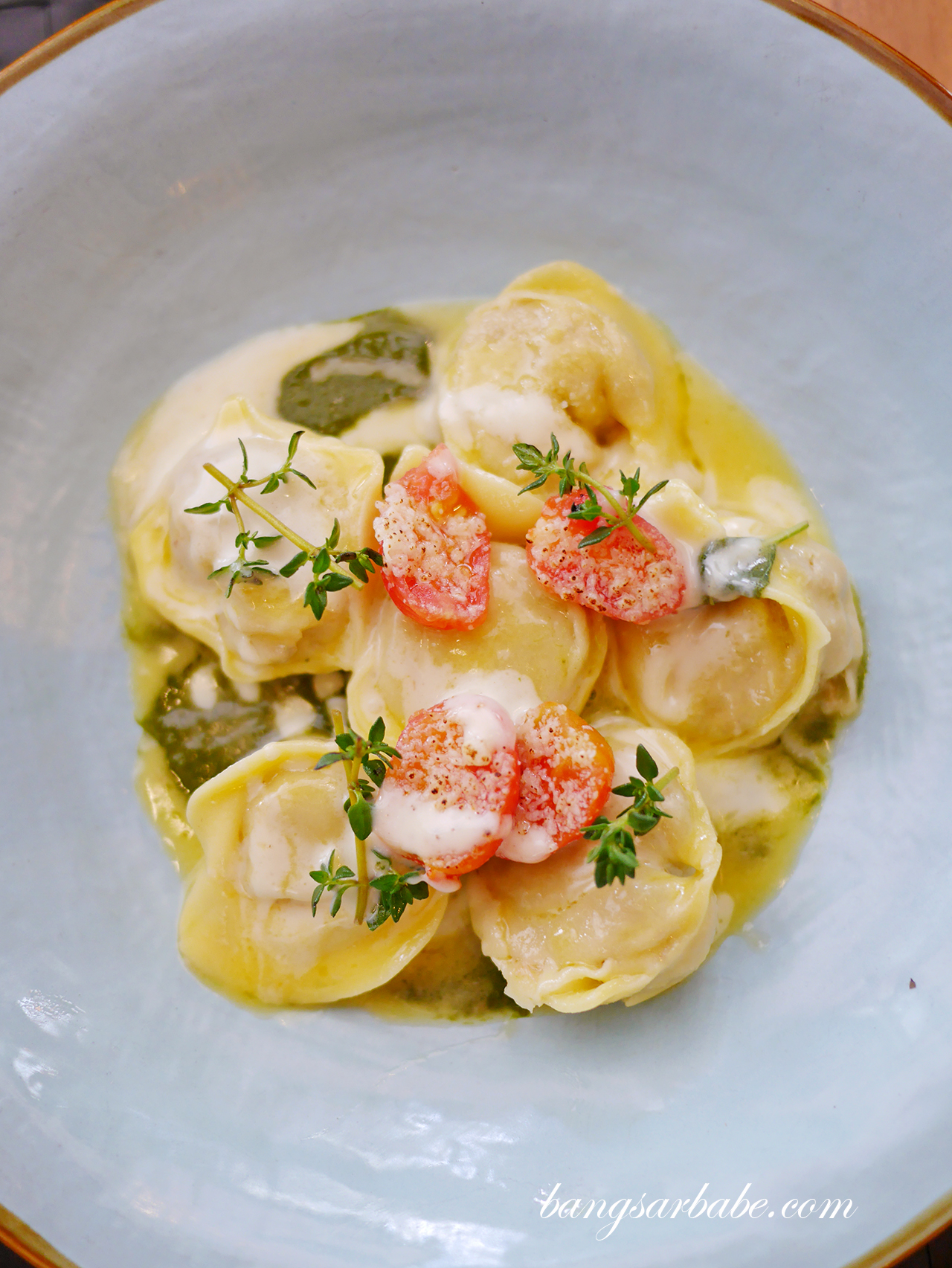 Also delicious was Jien’s duck stuffed tortellini (RM70), served with pureed spinach and taleggio cream. I reckon not all items on Nero Nero’s menu reflect what is commonly thought of as southern Italian cuisine – because this tortellini leans towards Northern Italy fare where Taleggio cheese is produced. So I gathered from another friend who lived in Italy for several years. ;) 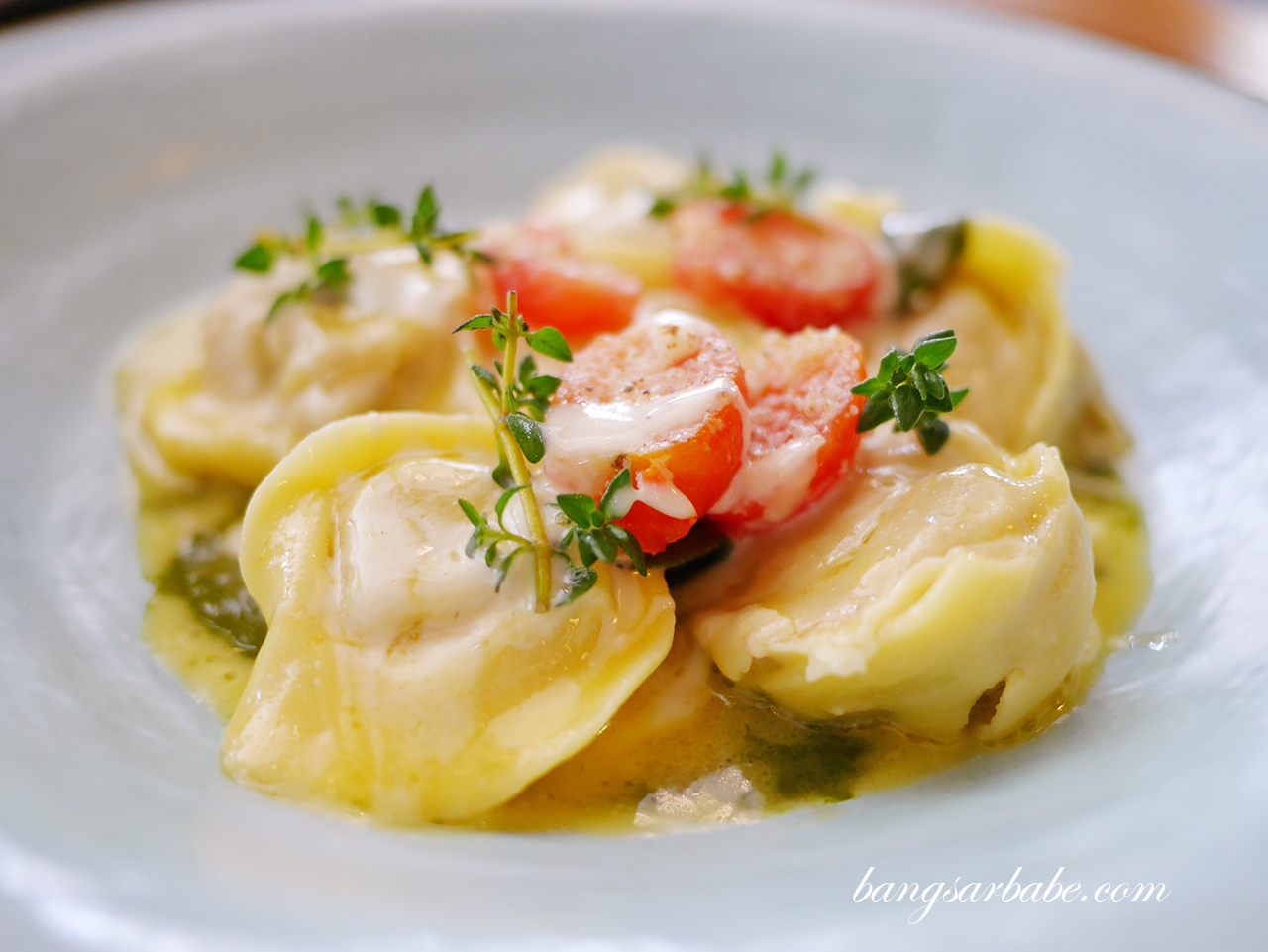 The duck and spinach speak bold flavours, blanketed in a mild-flavoured and creamy Taleggio sauce. Almost like a mish mash of north and south Italy, albeit a delicious one. Unlike my gnocchi that was light and robust, this tortellini can be a tad rich for some so a crisp white wine should help cut through the richness a little bit. 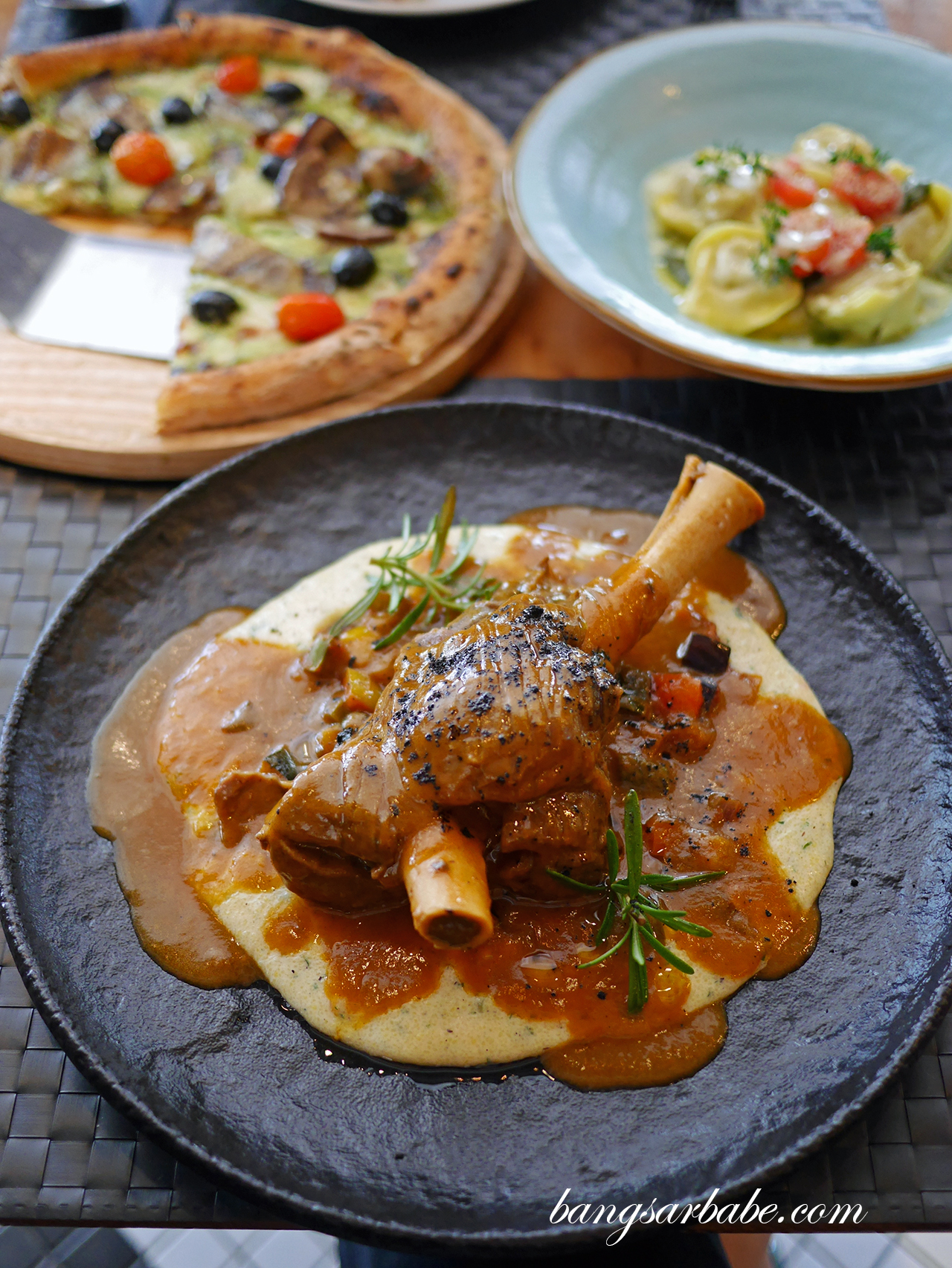 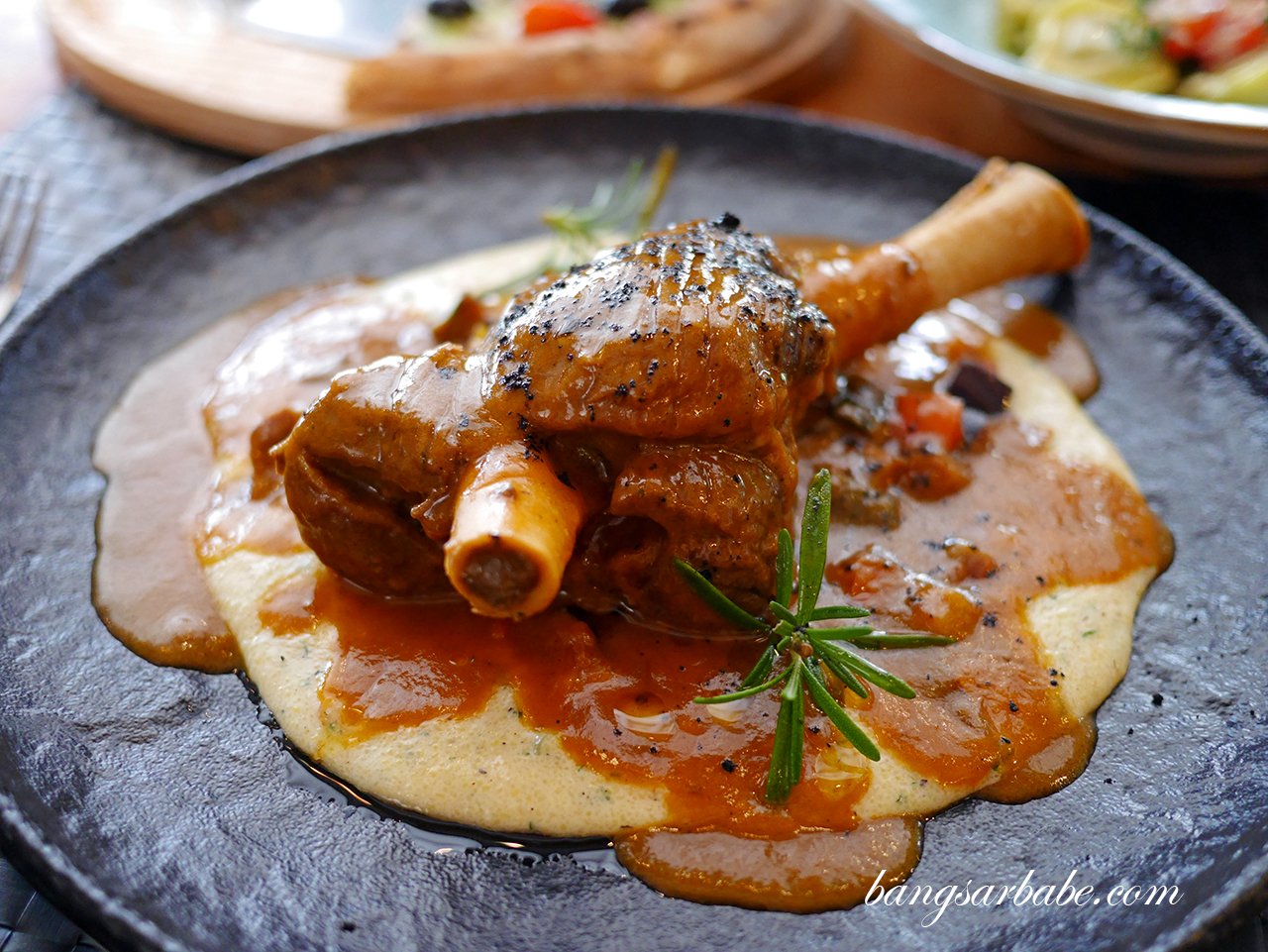 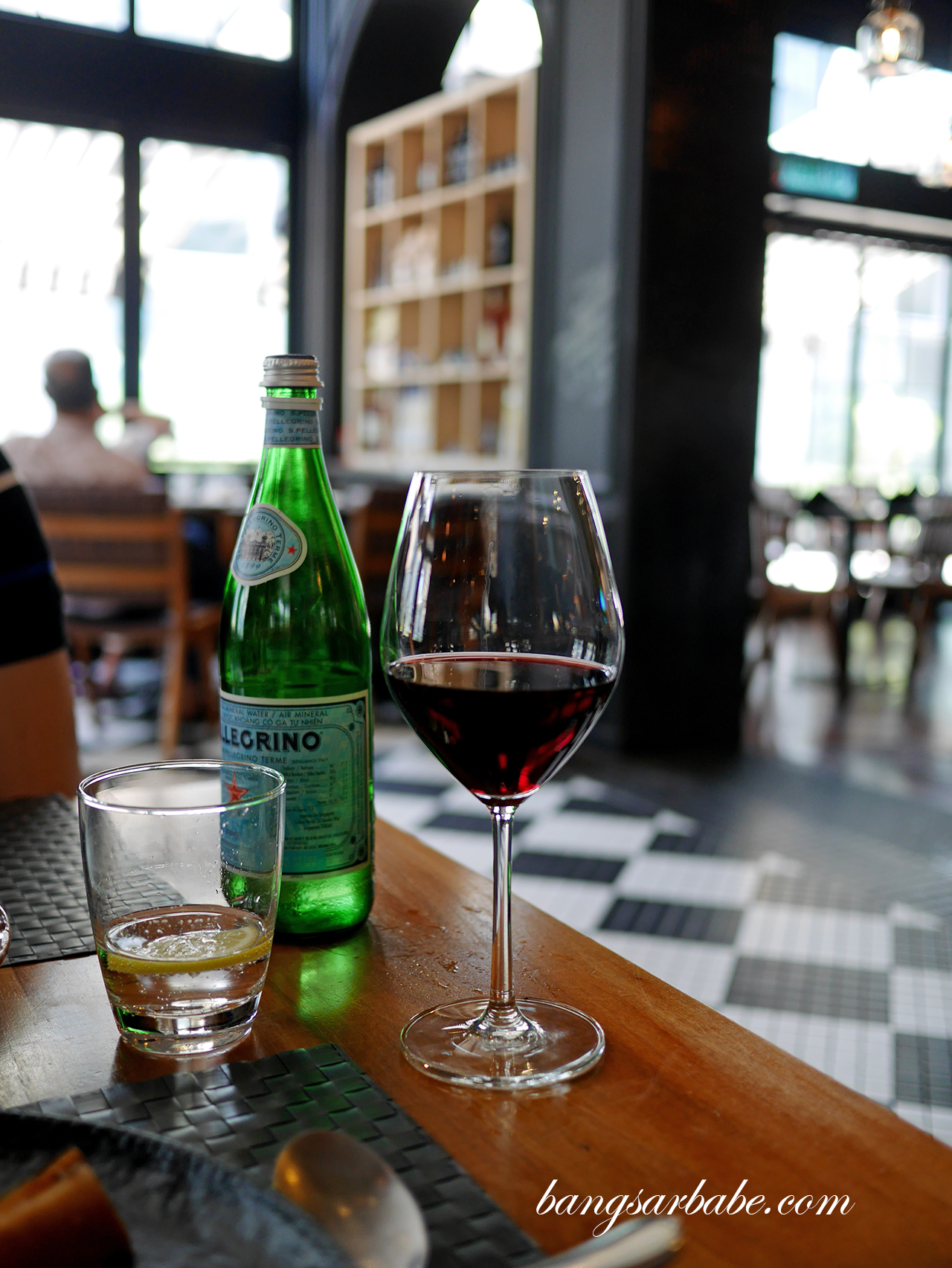 This glass of house pour (Valpolicella) was quite decent. I ordered this during my second visit as well. RM45 per glass.

Both the mains we ordered were noteworthy. Especially the fall-from-the-bone lamb shank (RM120) I had during our first visit. Cooked for 24 hours in Chianti wine and served with creamy polenta, veggie caponata and rosemary jus, I don’t recall eating a better lamb shank than this. Not in recent years at least. 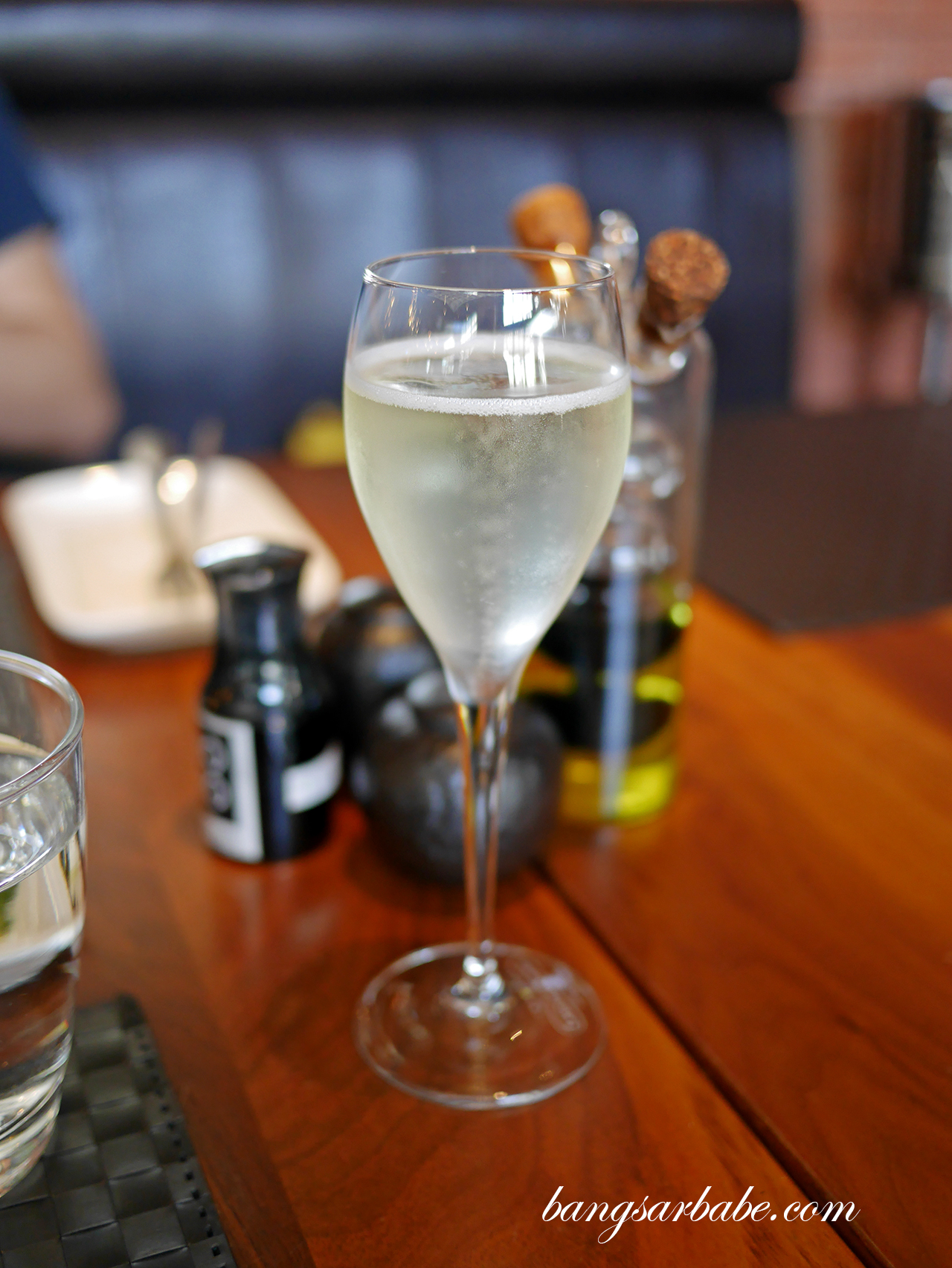 Prosecco on my second visit. Didn’t quite hit the spot so I ordered the Valpolicella right after. 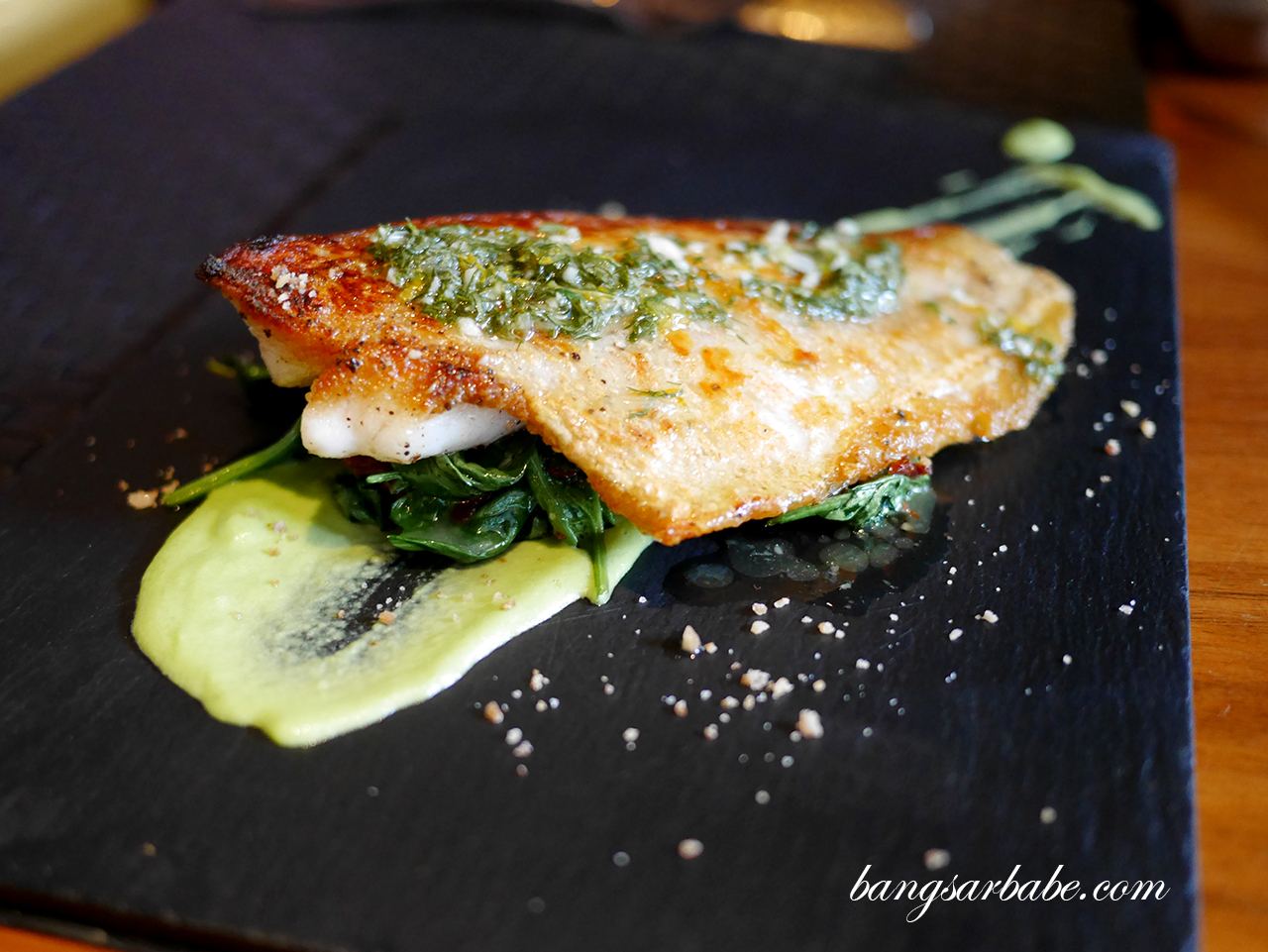 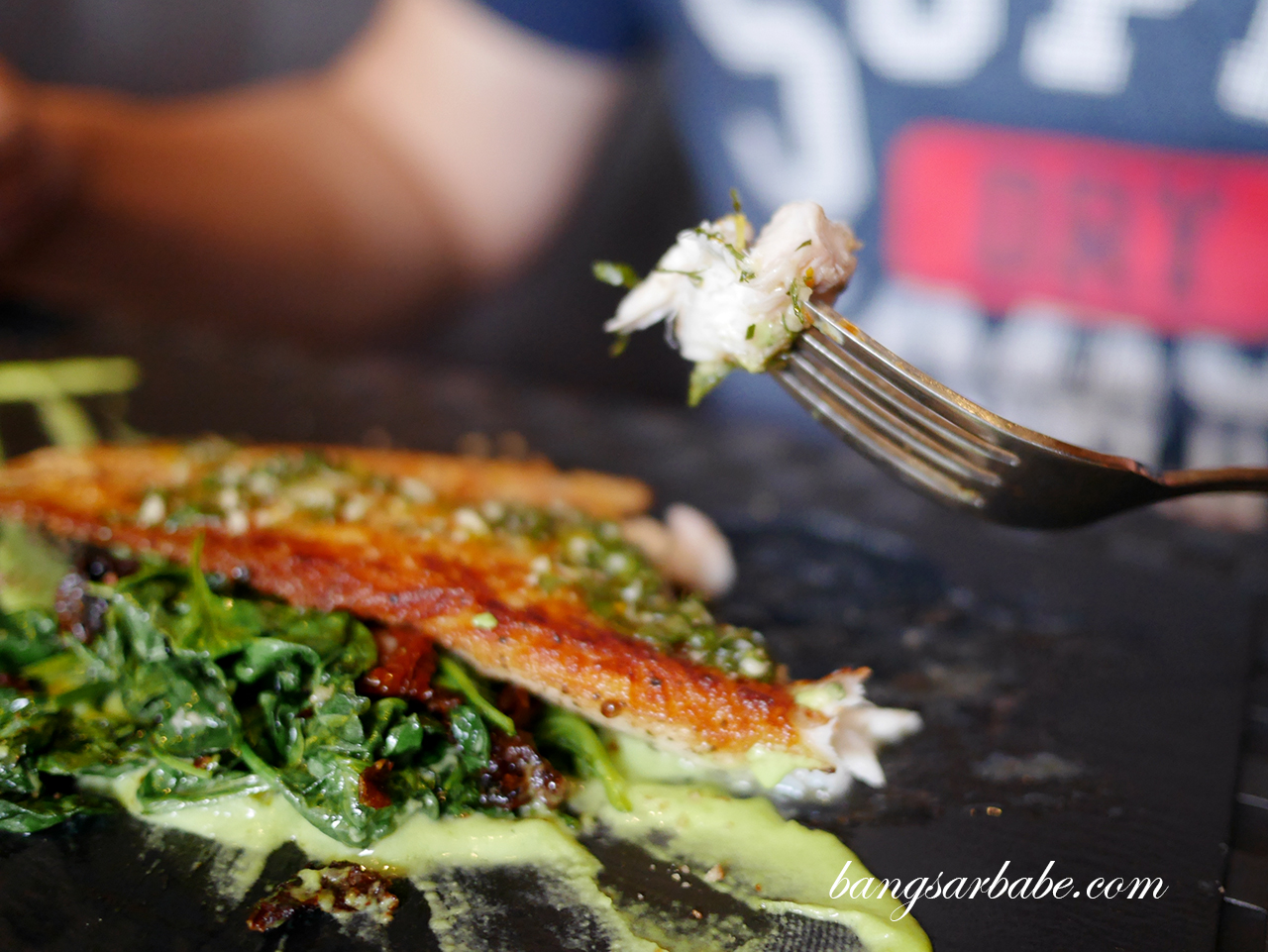 A rather solid dish, but seasoning was a bit inconsistent.

Pan seared red snapper (RM89) was beautifully cooked, though I will nit-pick about the salt distribution on the fish. Some parts had too much sodium, some parts not so. Skin was perfectly crisp, and the gremolata oil really added to the overall flavour profile of this dish. 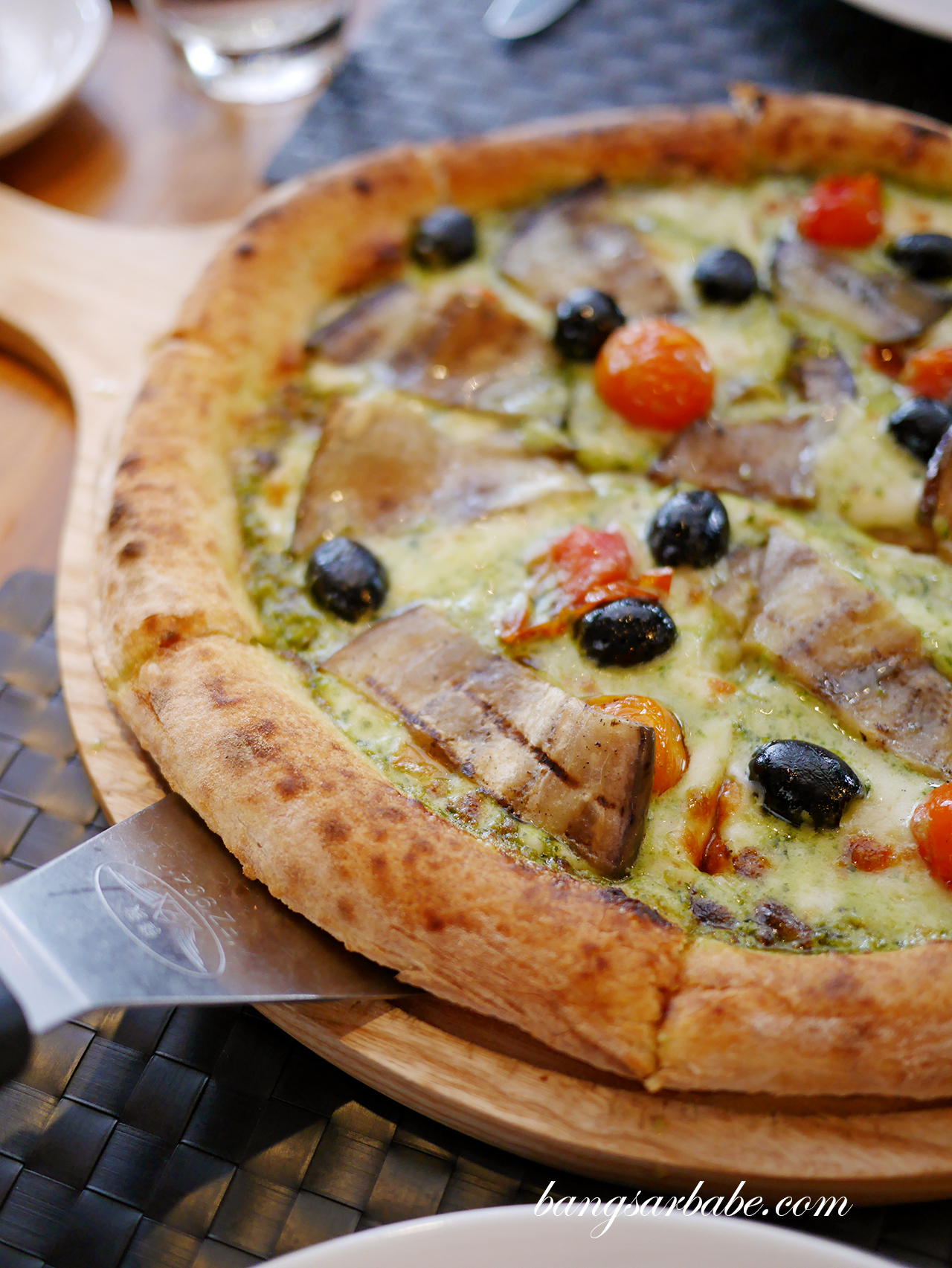 Nero Nero offers pizzas as well, both traditional and gourmet. We went straight for the latter – Pizza Contadina (RM60) on our first visit and the Siciliana (RM58) on our second. Both were delicious. I particularly enjoyed the Contadina, which comprised basil pesto, scarmoza cheese, eggplant, cherry tomatoes and black olives. 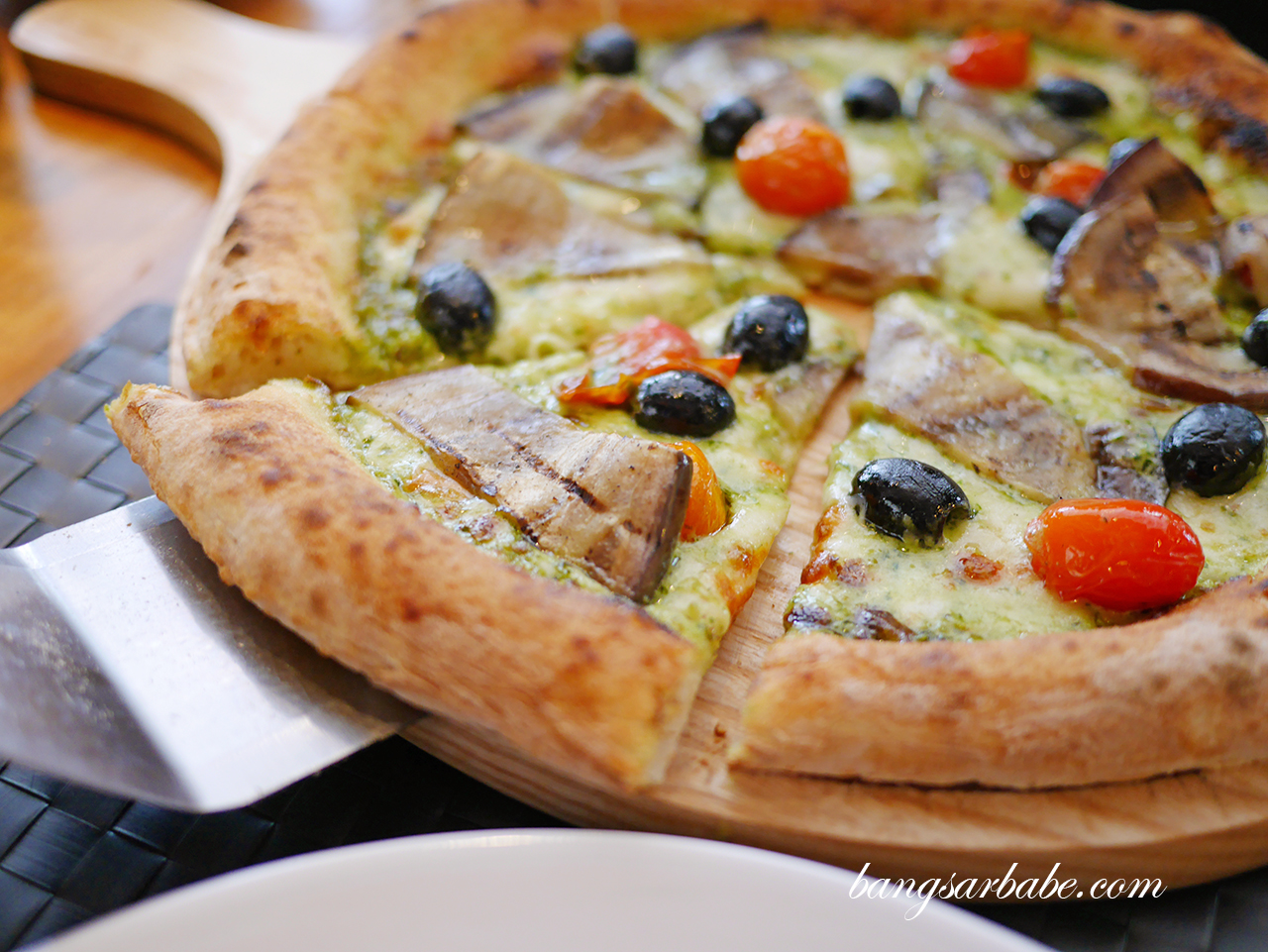 I thought the texture was great and flavours were layered nicely over one another. There was acidity from the tomatoes and basil, an underlying creaminess from the smoked cheese and that nice bite from the eggplant and olives. This pizza is vegetarian-friendly, which wins more points from me because it packs so much flavour. 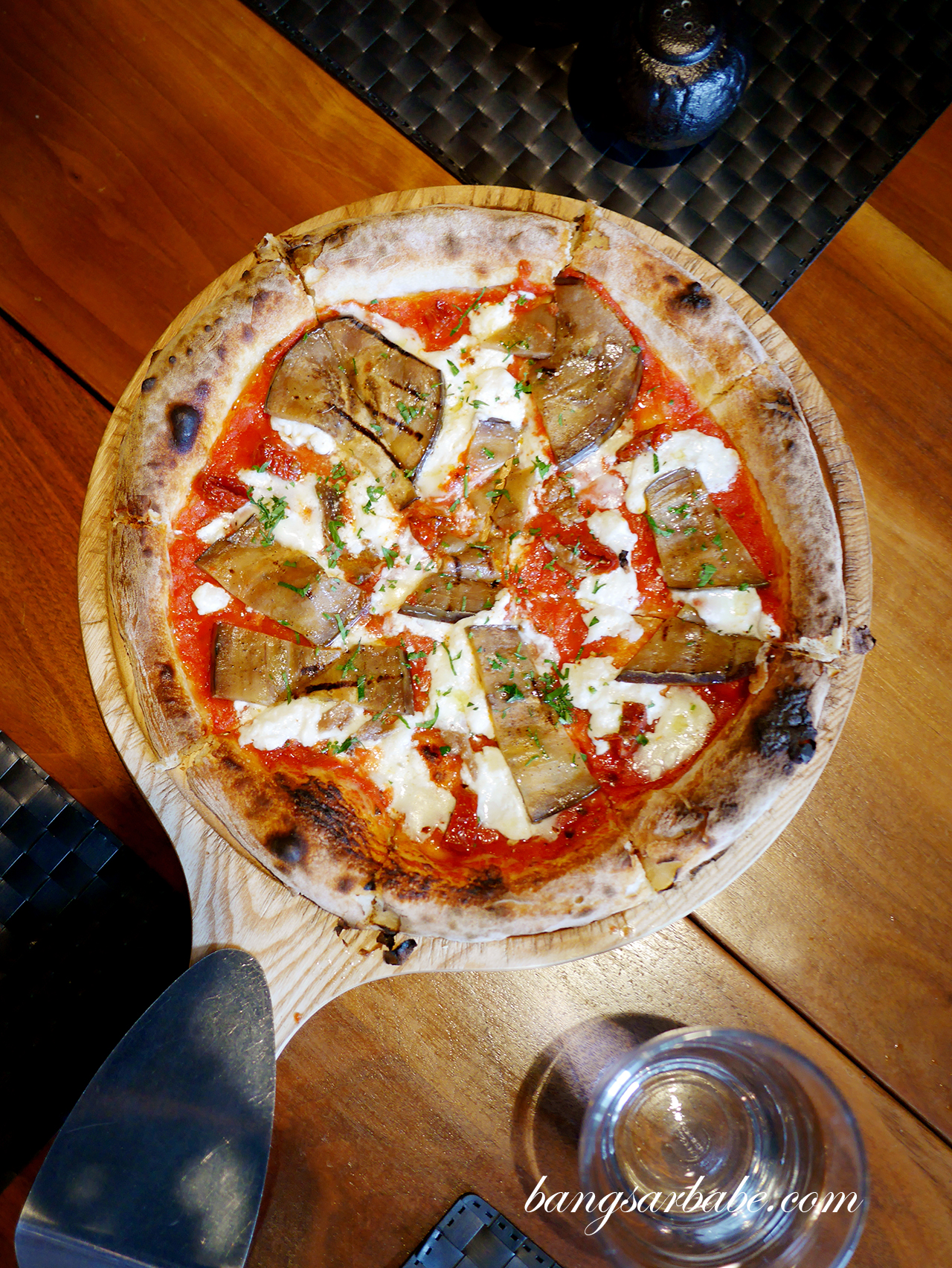 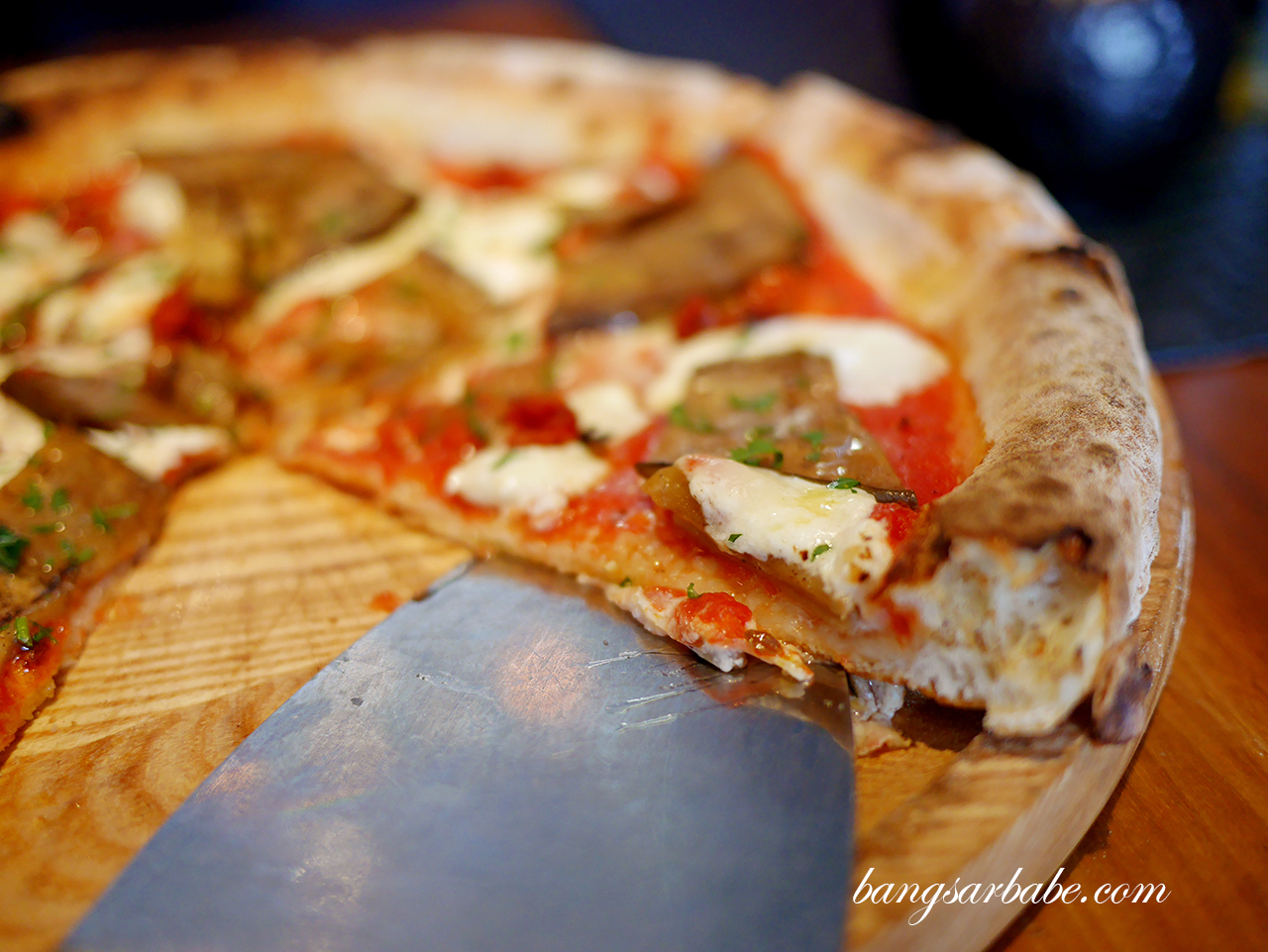 Siciliana comes with anchovies, sun-dried tomatoes, grilled eggplant and buffalo mozzarella on a tomato sauce base. In terms of savoury notes, this pizza packs more because of the anchovies. Amazing combination in my opinion. Not overly cheesy or rich with that nice balance of tang from the tomatoes. 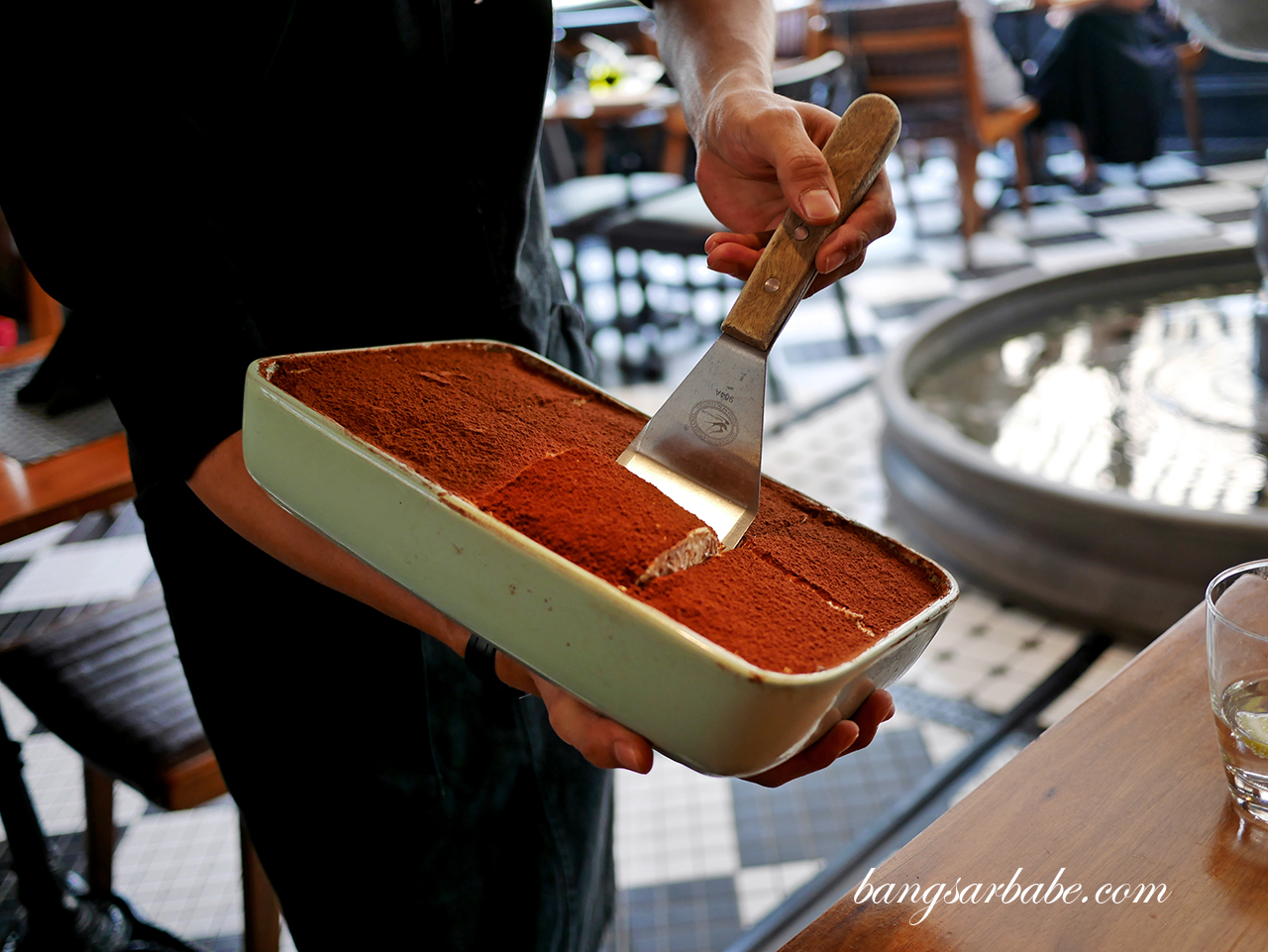 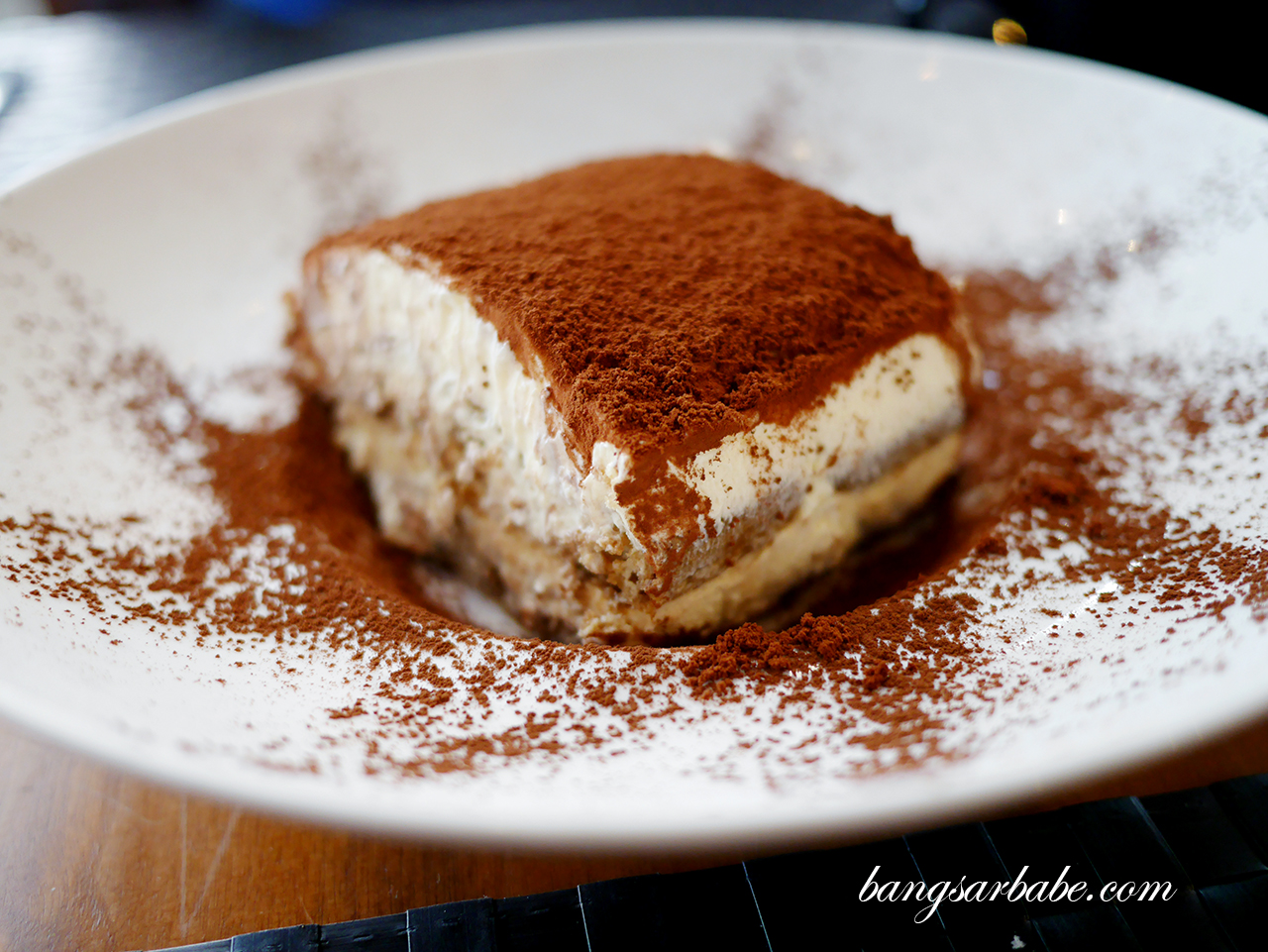 One of the best in KL, I reckon.

We loved the tiramisu (RM32) the first time around and couldn’t bring ourselves to move past this classic Italian favourite on our second visit. Served tableside, you get this sweetly saturated savioardi (sponge fingers) from coffee and liquor, layered with mascarpone and finished off with a generous dusting of cocoa. This was one luscious step above the ordinary. 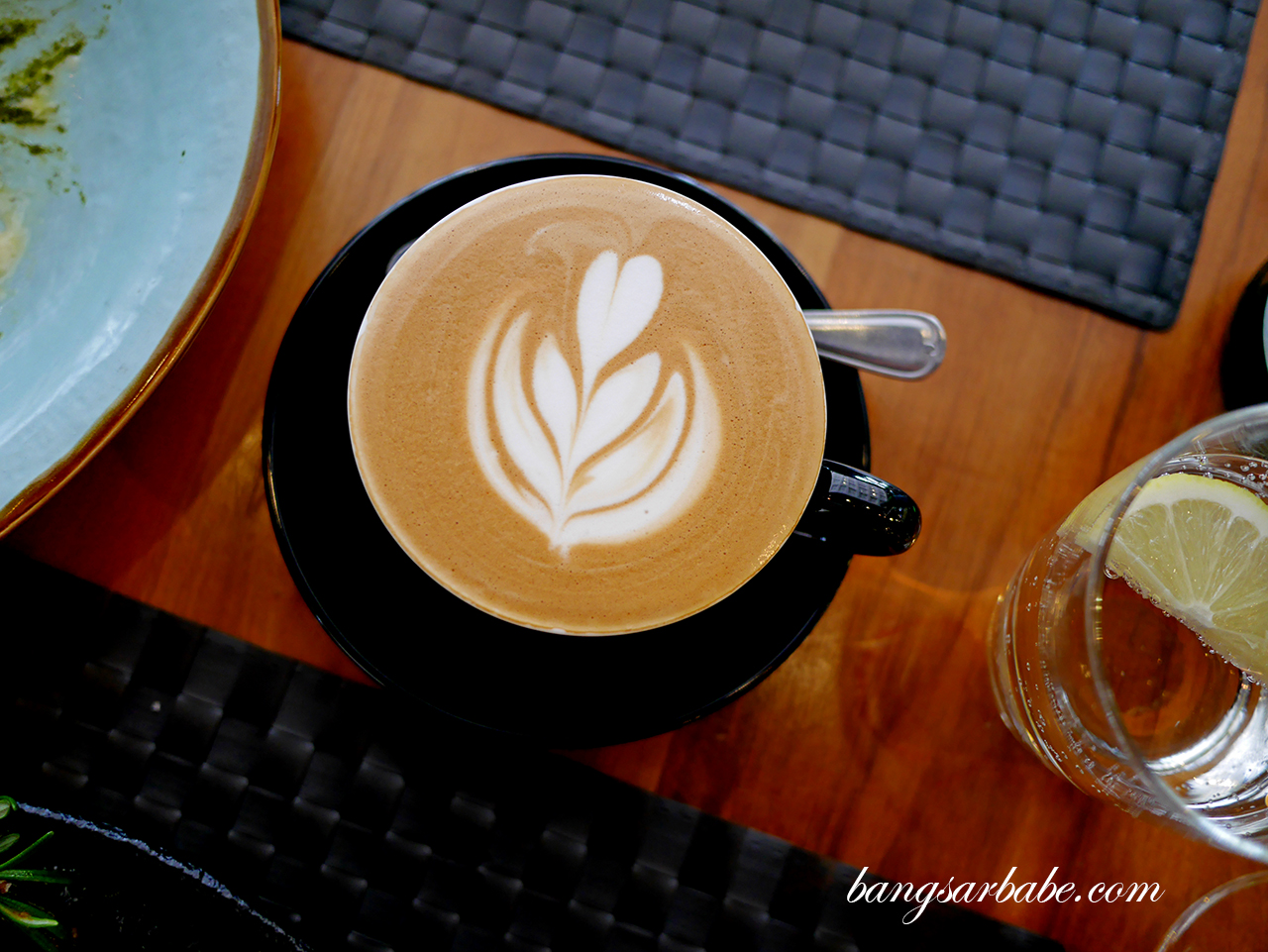 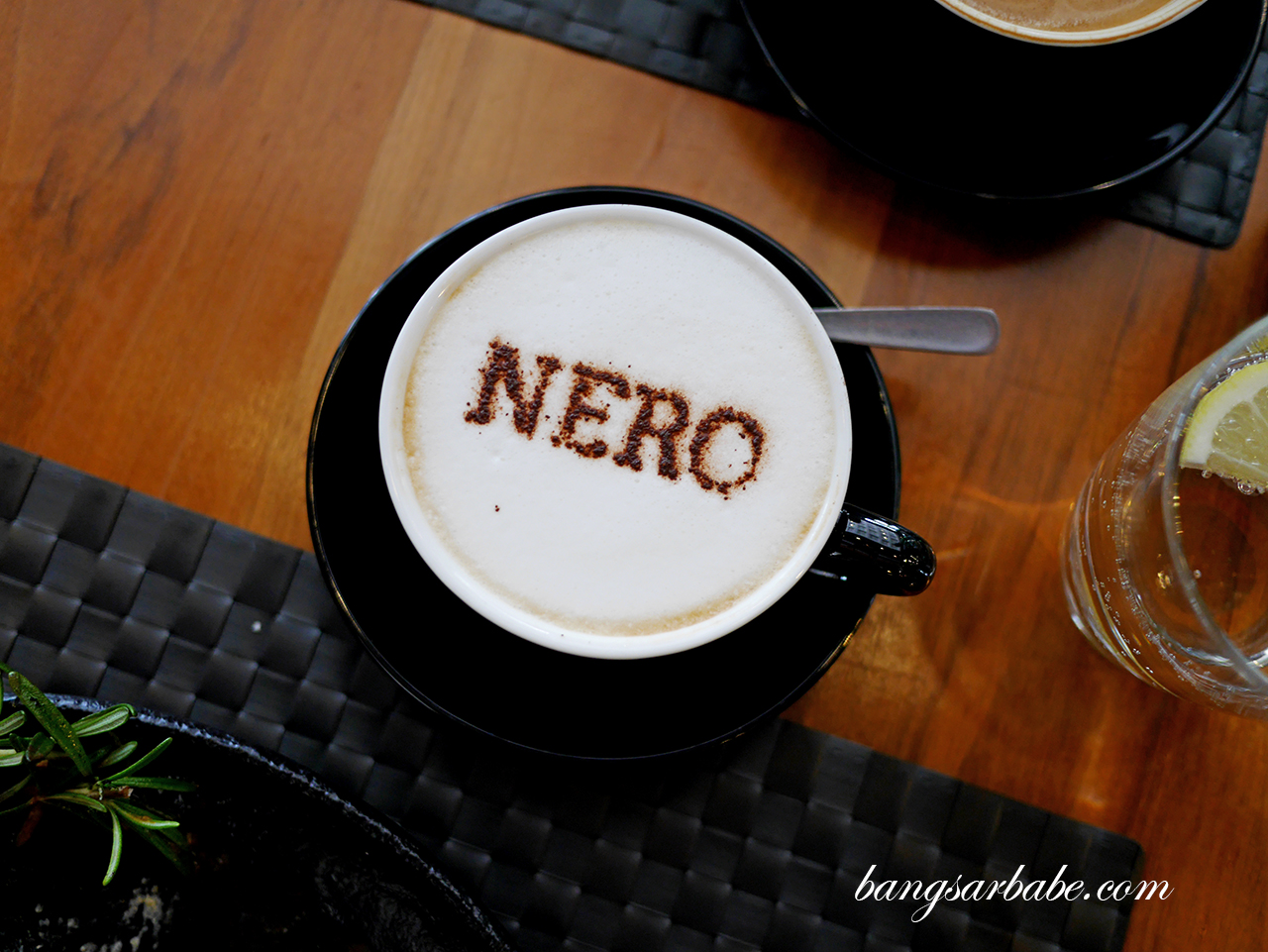 Coffee is also good here. Jien ordered a flat white (RM13) and the team sent me a complimentary cappuccino since I was snapping pictures of my food haha! We both thought the coffee at Nero Nero is better than a lot of those hyped up cafes in town.

Prices are slightly on the higher end, as one would gather based on ambiance and quality of food. Expect to pay about RM200-250 per pax for a complete meal with a glass (or two) of wine. Wine selection is fair – a house pour starts from RM40 per glass and they have some of my favourite labels in the chiller (Frescobaldi, Scarbolo and even a Masseto).

Ambiance: 7/10
Price: 6/10
Food: 7.5/10 (pork-free)
Verdict: Pretty innovative dishes and the classics were done well. The gnocchi, lamb shank and tiramisu are worth checking out. 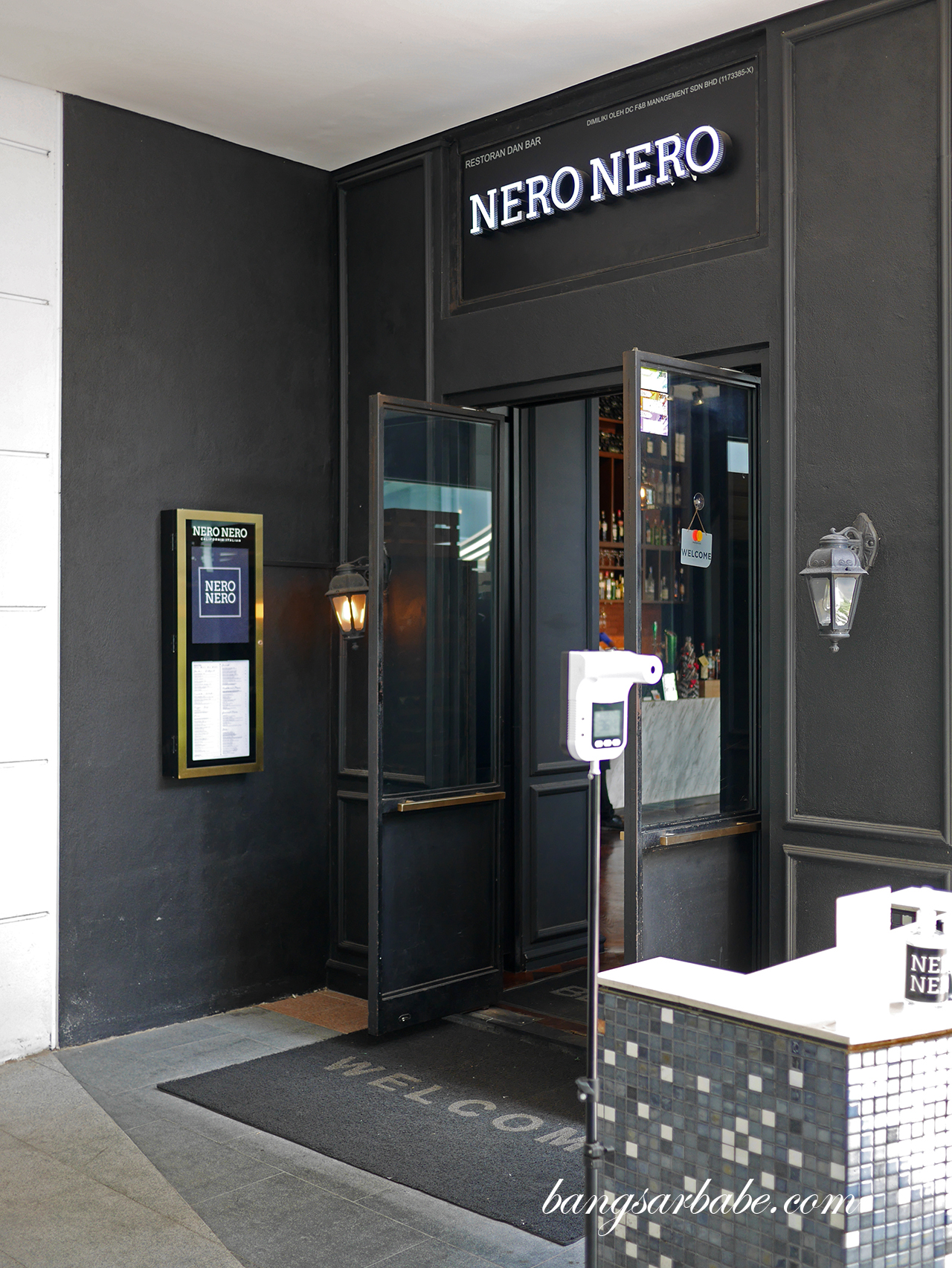