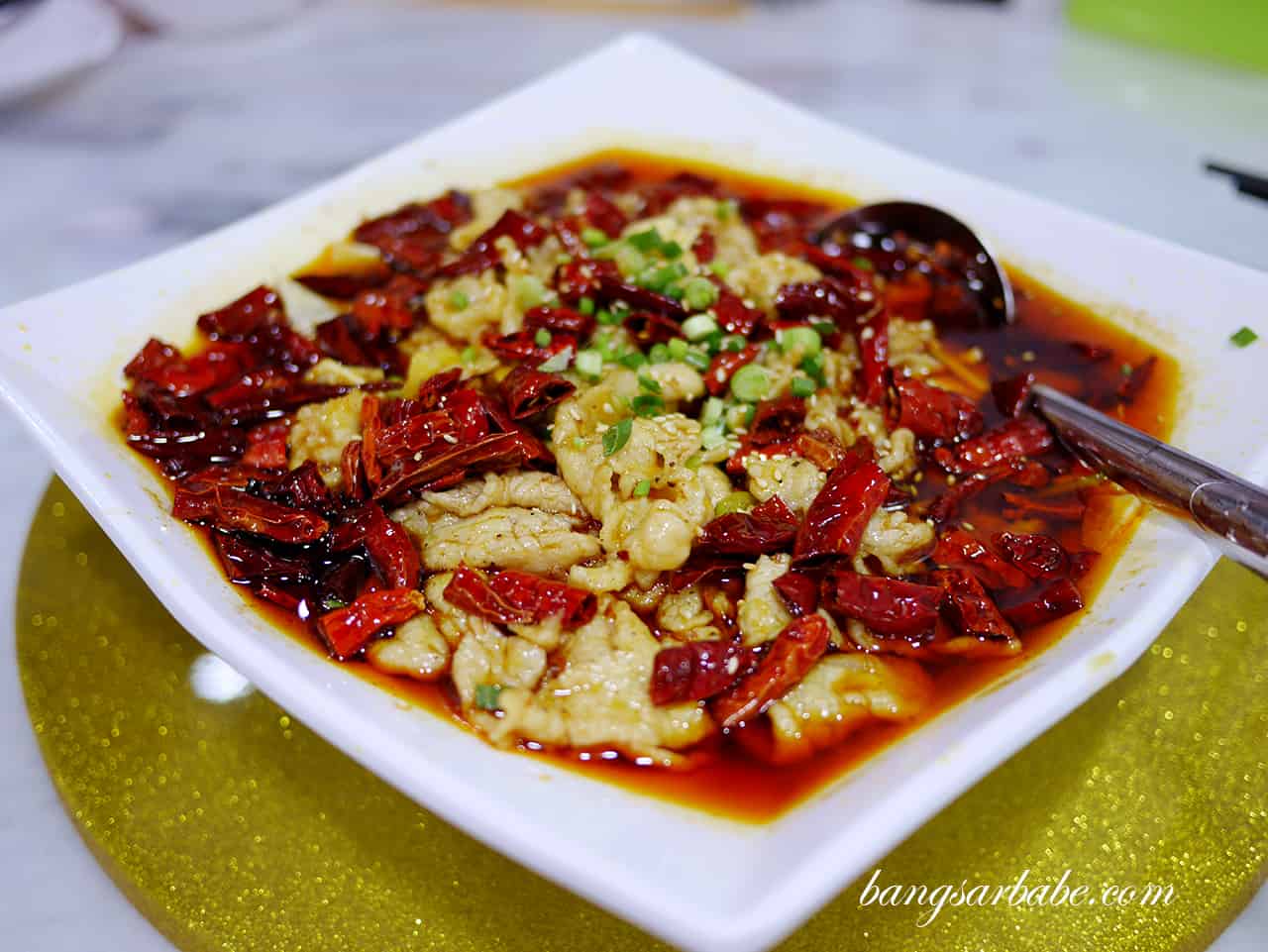 I’ve always enjoyed eating Sichuan cuisine – whether it’s hotpot or mapo tofu, I can’t get enough of them. Problem is, mandarin really isn’t my forte and exploring China-style restaurants is a tad intimidating for me (even more, Jien). We stumbled upon Fu Cheng Restaurant by chance, while looking for a lunch venue that isn’t inside a mall. 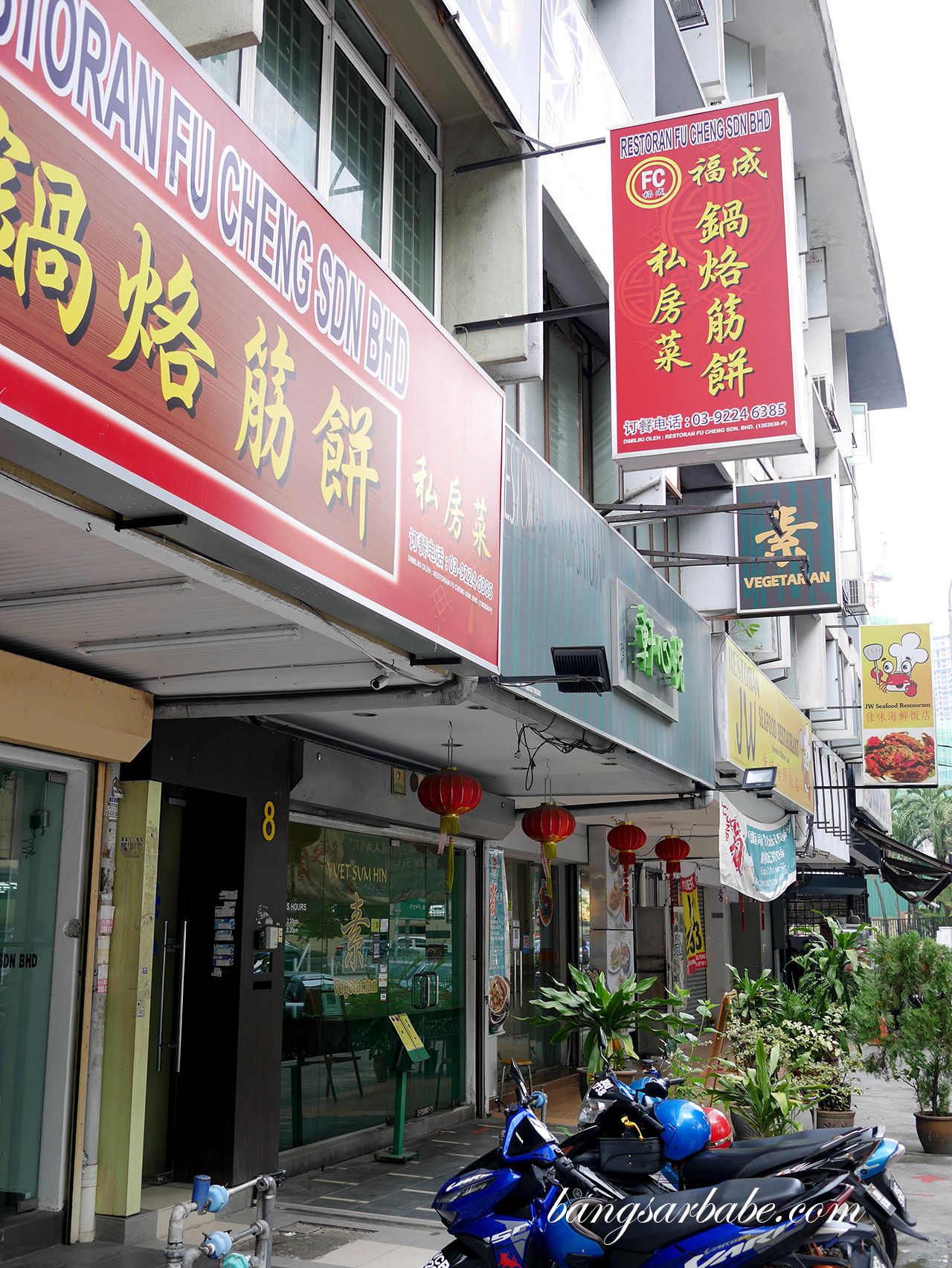 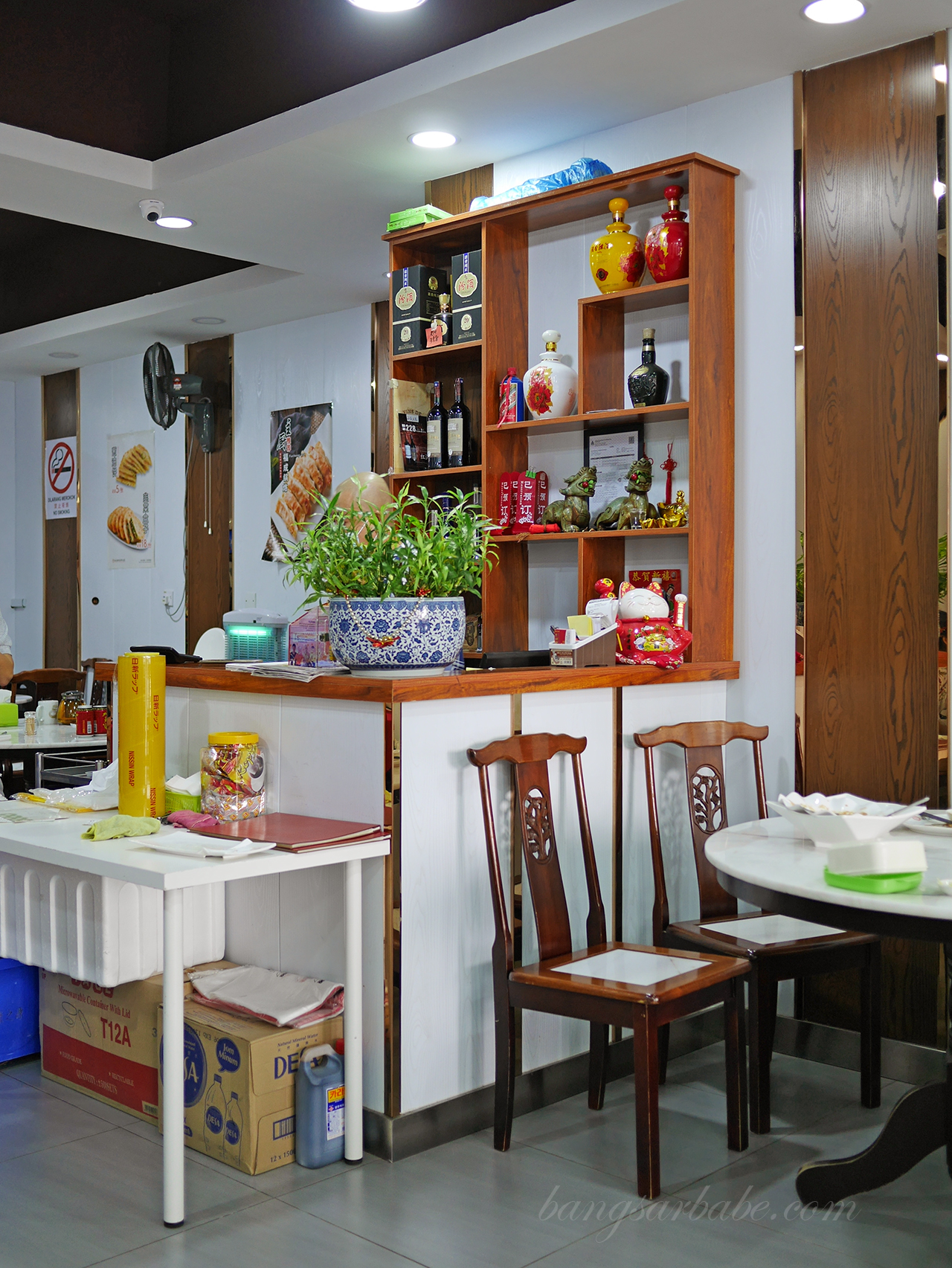 Located within walking distance from Berjaya Times Square and Shaw Parade, I soon discovered Fu Cheng actually specialises in Dongbei cuisine but included Sichuan dishes due to local demand. For the uninitiated (like me initially), Dongbei cuisine is less pepper intensive compared to Sichuan cuisine, with heavier use of wheat and corn rather than rice. 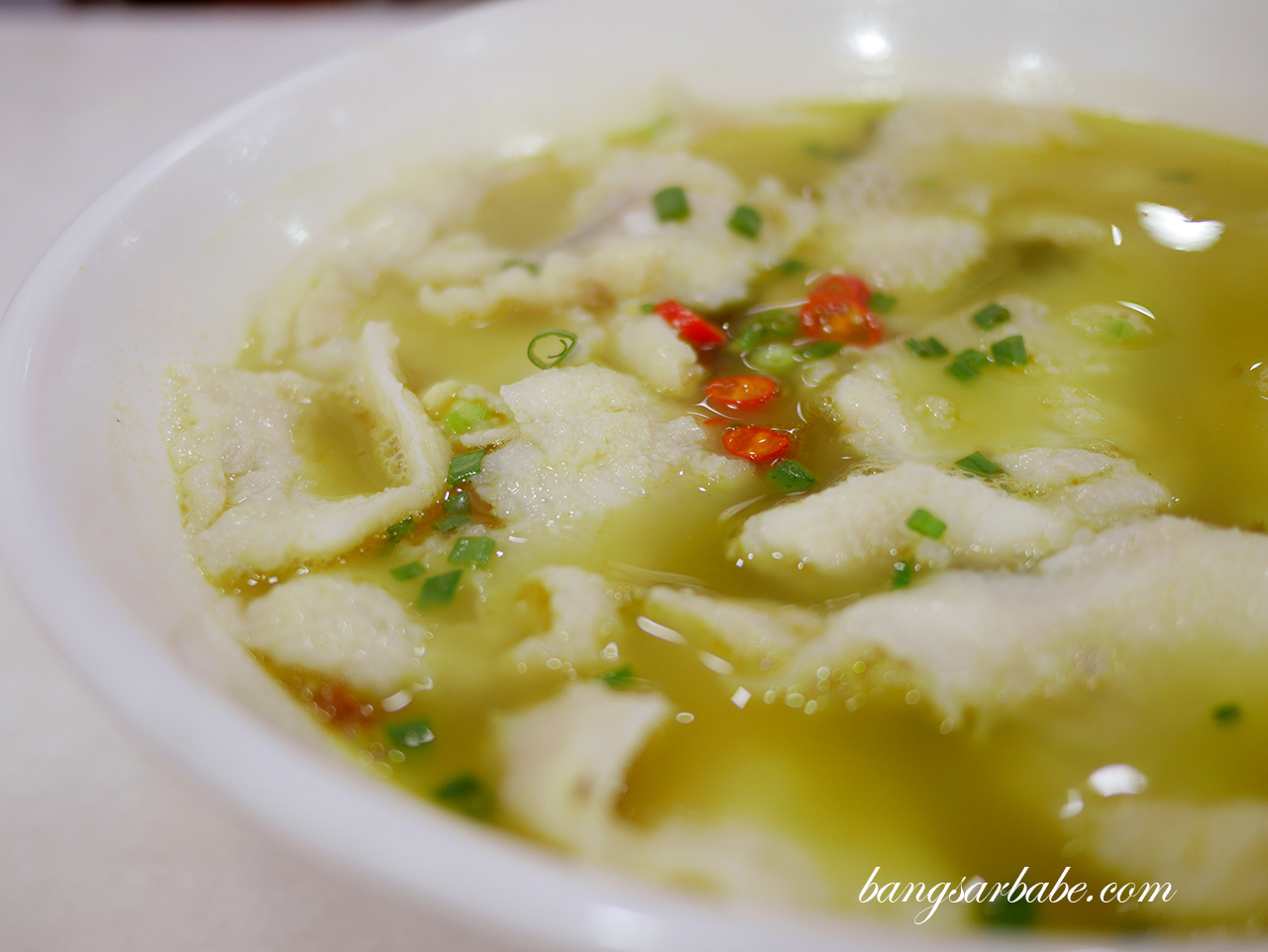 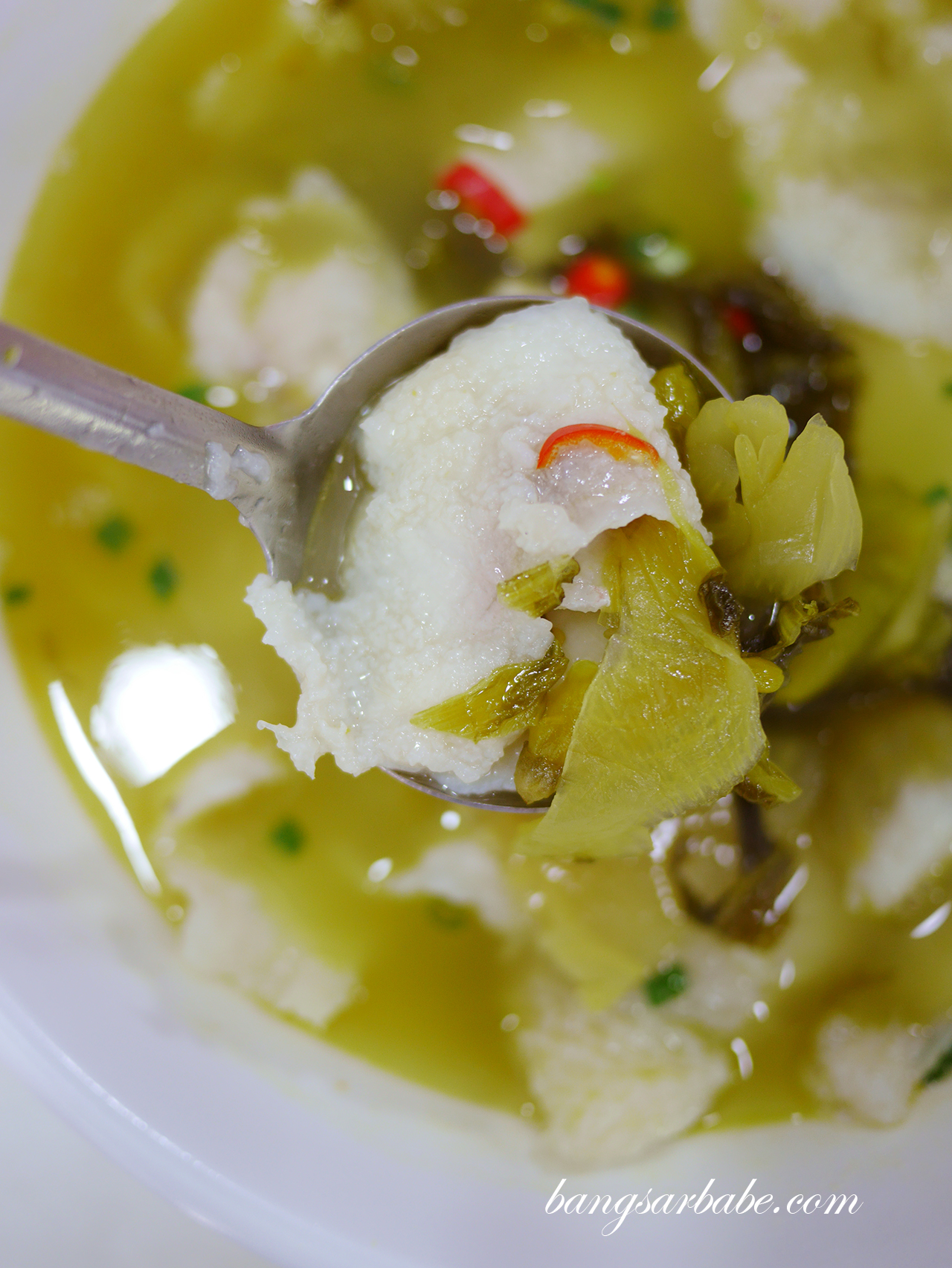 Tangy, spicy and full of flavour. An appetite opener, this one!

I wasn’t expecting much from the Suan Cai Yu (RM48) but it was really delicious. Poached fish slices in broth laden with pickled mustard greens, garlic, ginger, green onions and peppercorn for heat. It is more sour than spicy, with a refreshing sort of heat from the ginger. Very appetizing, this one. Especially if you don’t have much of an appetite. 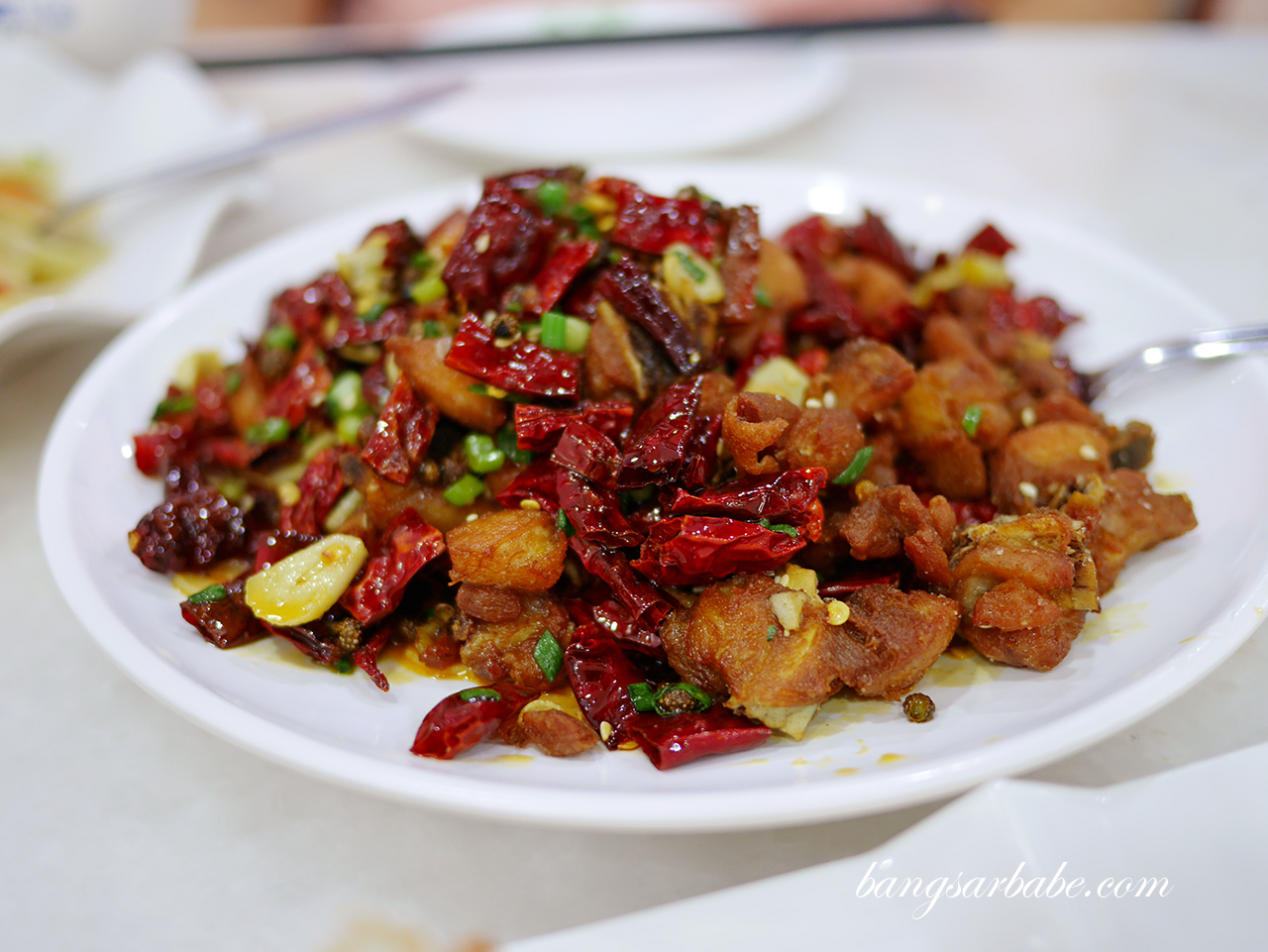 The Spicy Sichuan Chicken (RM28) has a nice balance of heat and numb. Most places I’ve been do serve a tongue numbing version but not much flavour. At Fu Cheng, I could still taste the seasoning of the chicken (a light caramelisation of rice wine and soy sauce) before the numb factor kicks in. 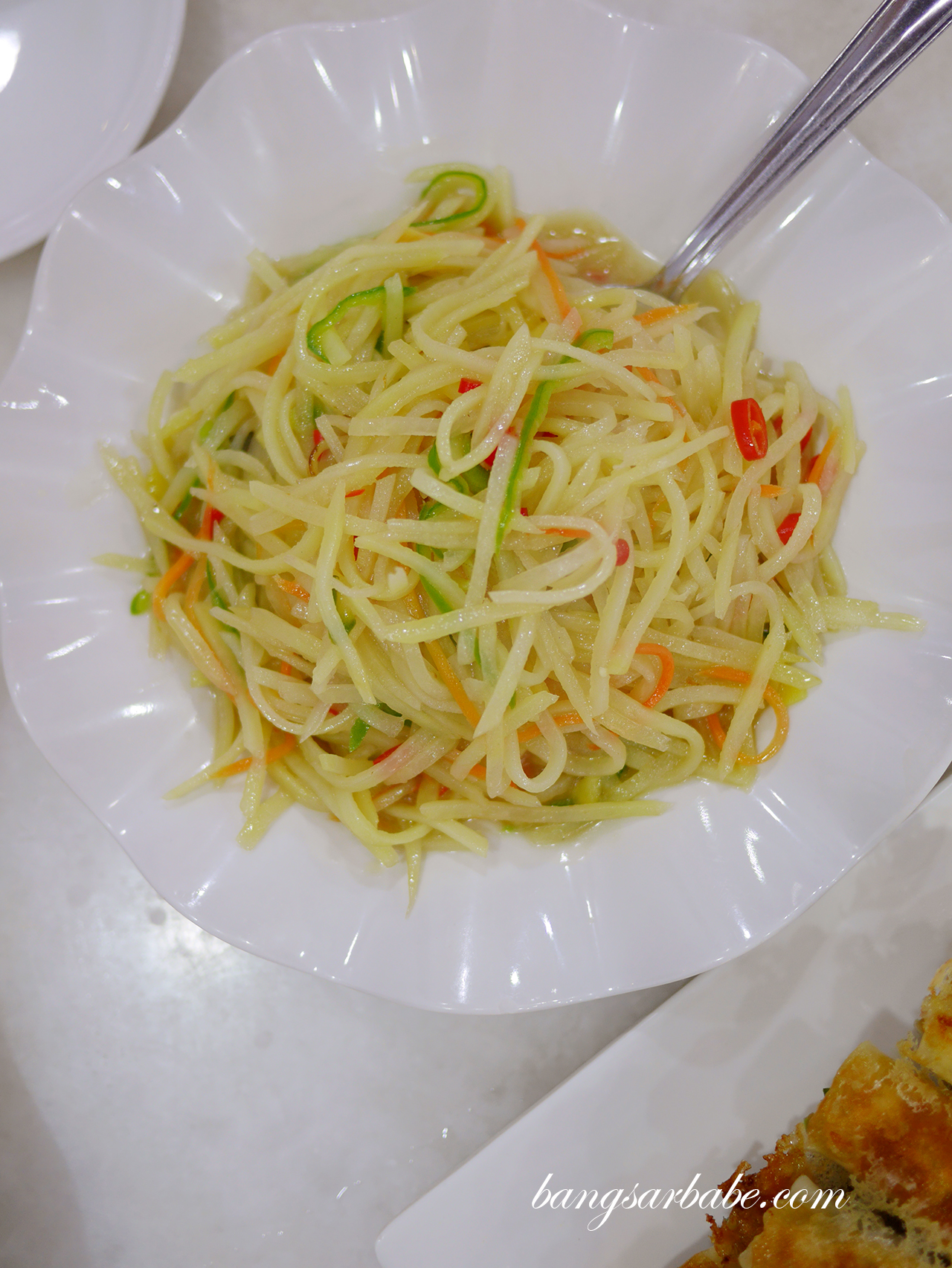 Jien found the Spicy and Sour Shredded Potato (RM12) a tad sour but I actually rather enjoyed this version from Fu Cheng. It’s easier to eat but I will admit – I do miss the spicy peppercorn finish after the tang has settled. Still, a pretty good dish to me. 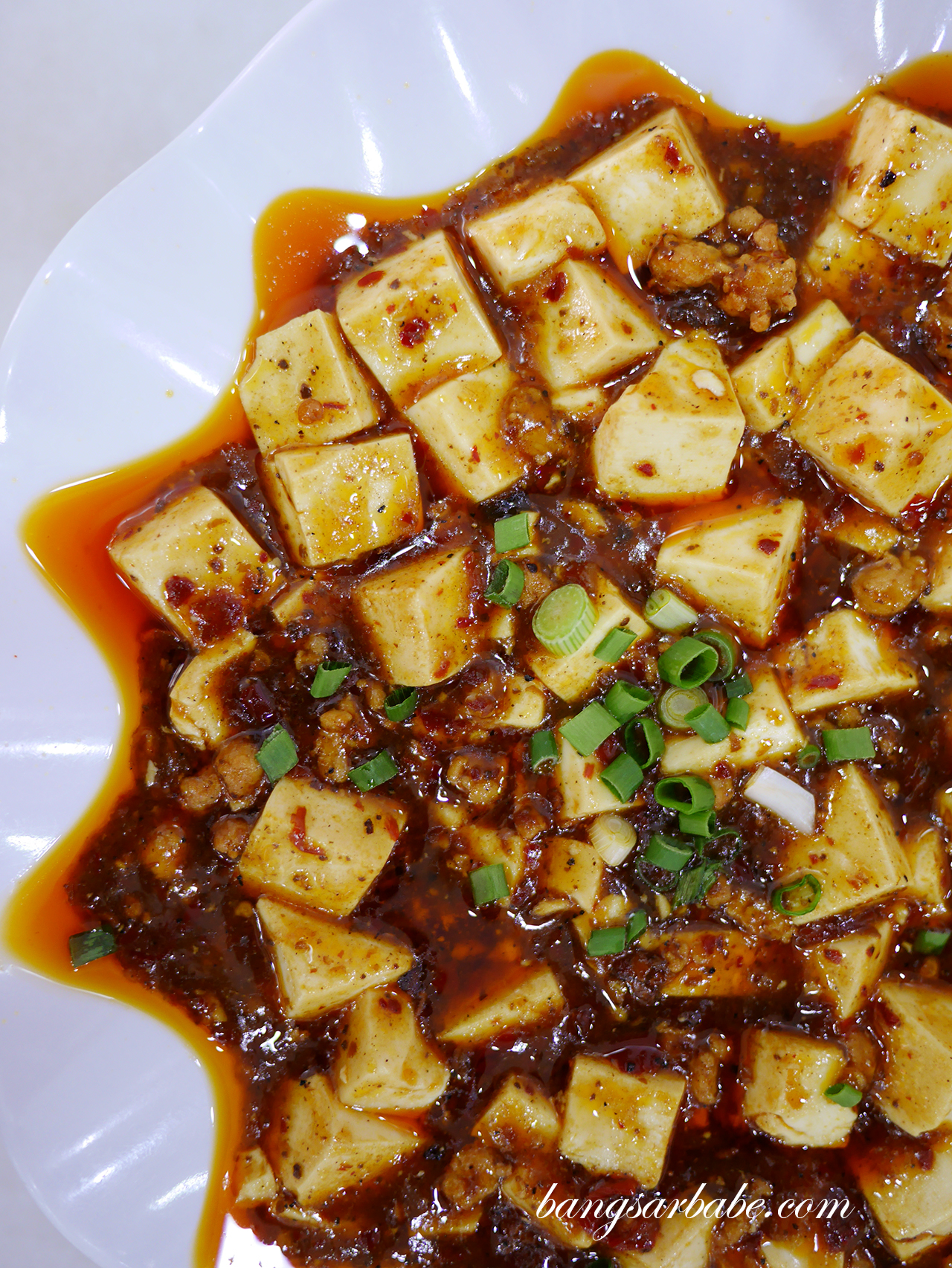 The Mapo Tofu (RM22) alone is worth going back to Fu Cheng for, if you ask me. It’s a rich stew of white tofu, bean paste, chilli and minced pork. I can’t pinpoint what is different but it’s creamier in texture with an underlying sweetness from the meat and seasoning. I almost ordered another bowl of white rice because of this. 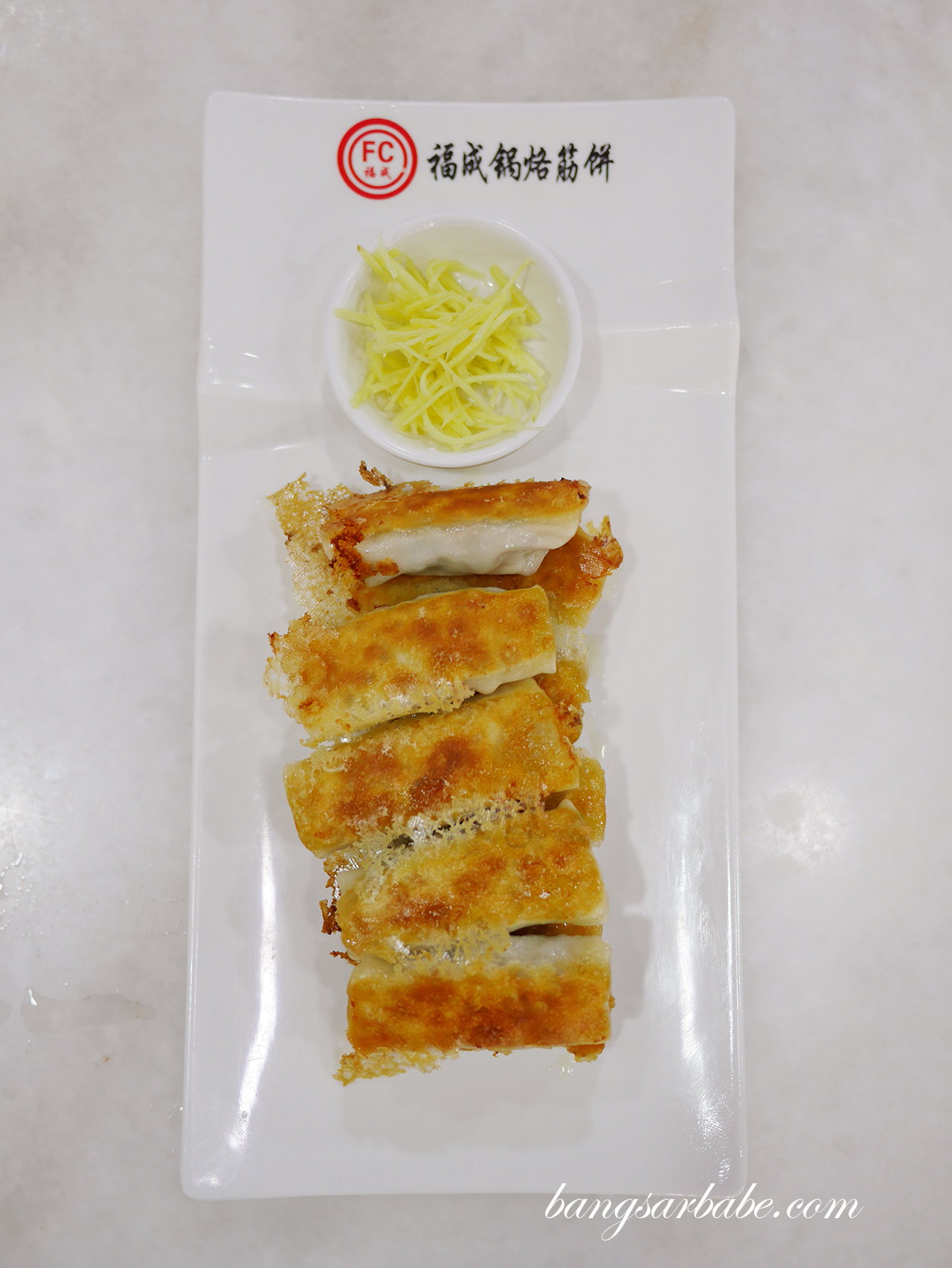 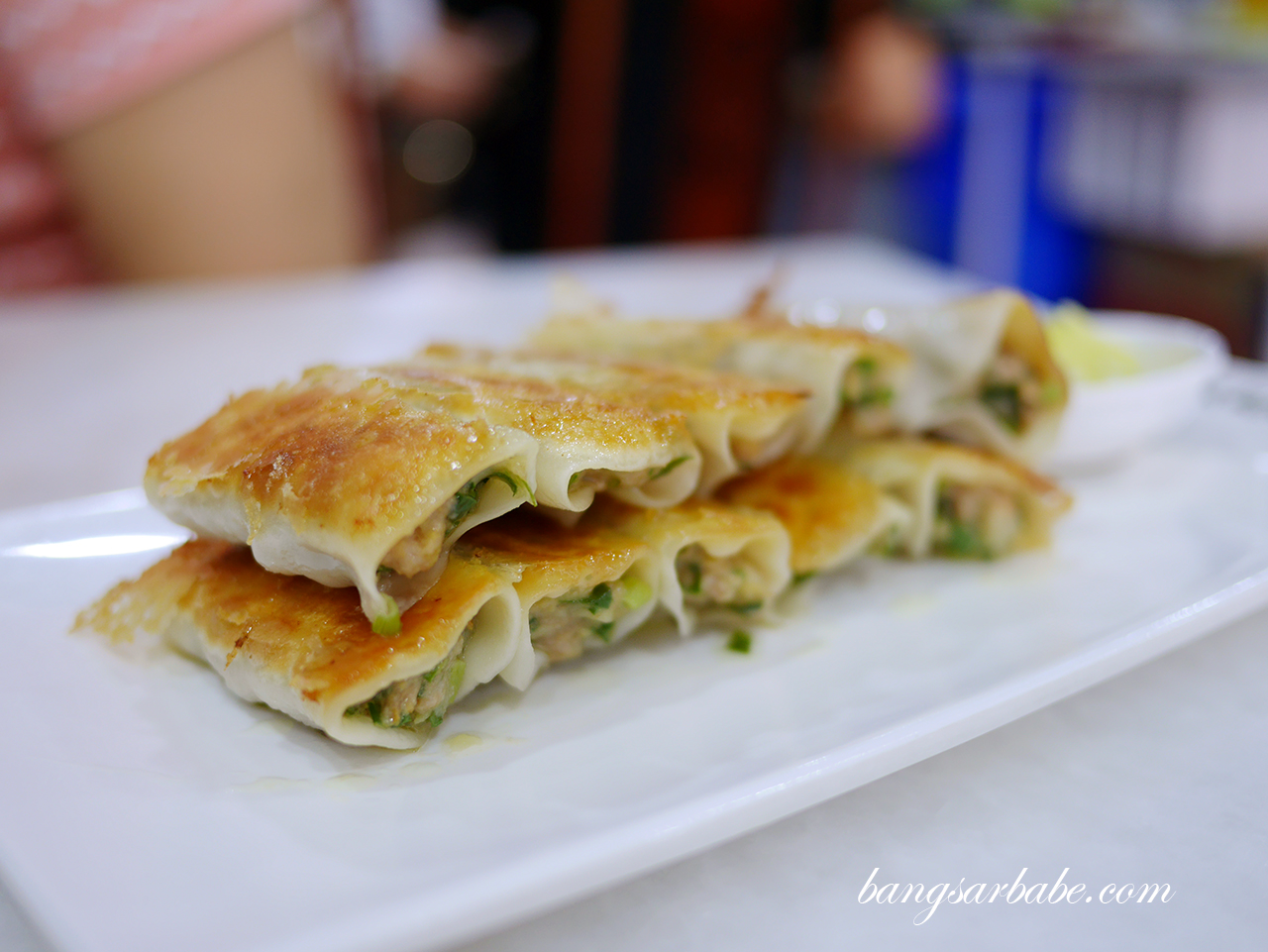 A delicious combo of crispy and porky

Fu Cheng’s pan-fried dumplings come highly recommended by the owner – I opted for the pork with cabbage (RM12) and it was quite good. Juicy pork filling in a thin yet chewy dumpling wrap that’s pan-fried till crisp on one side. Definitely a side order worth eating especially if you’re planning to drink. 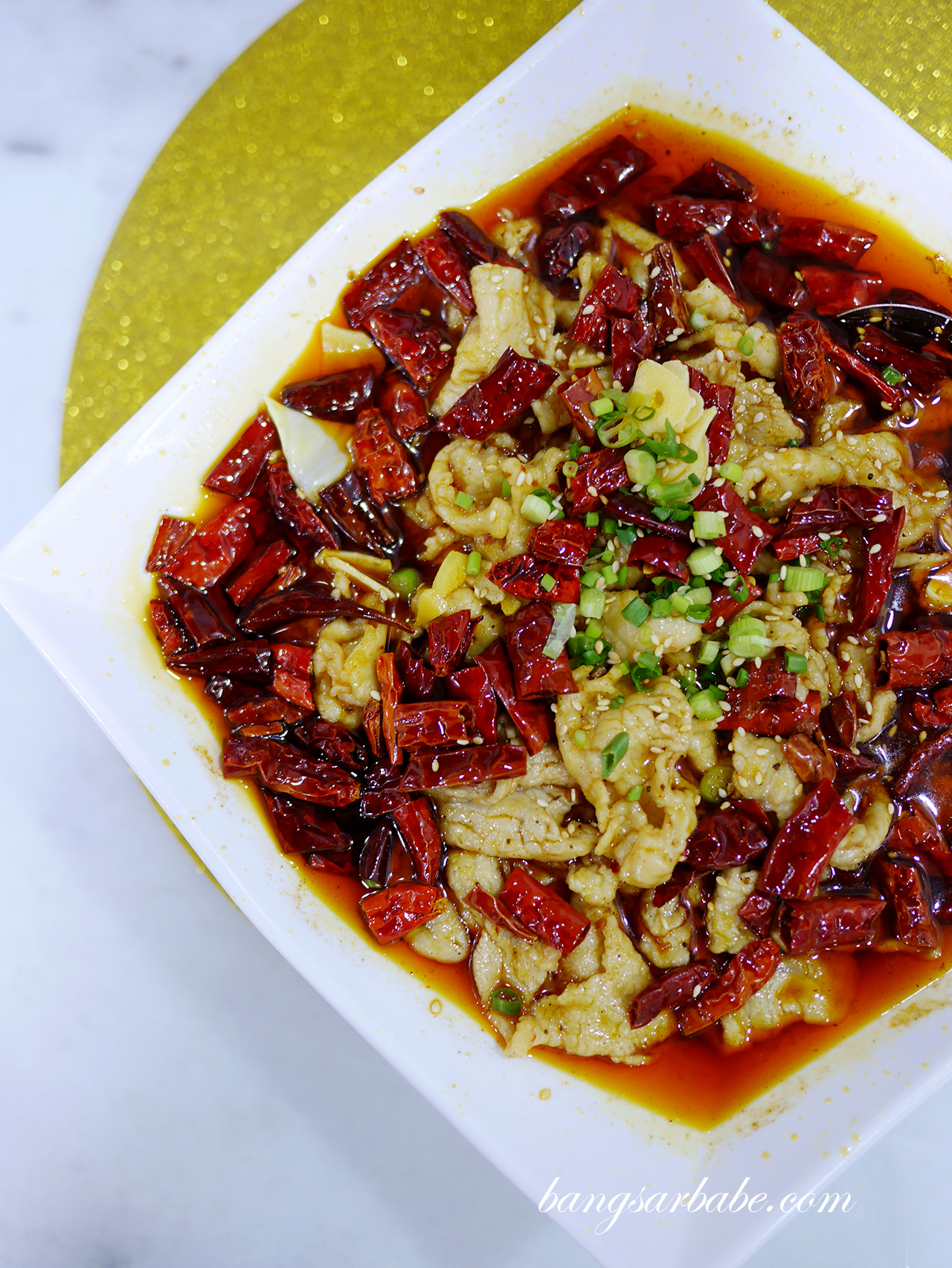 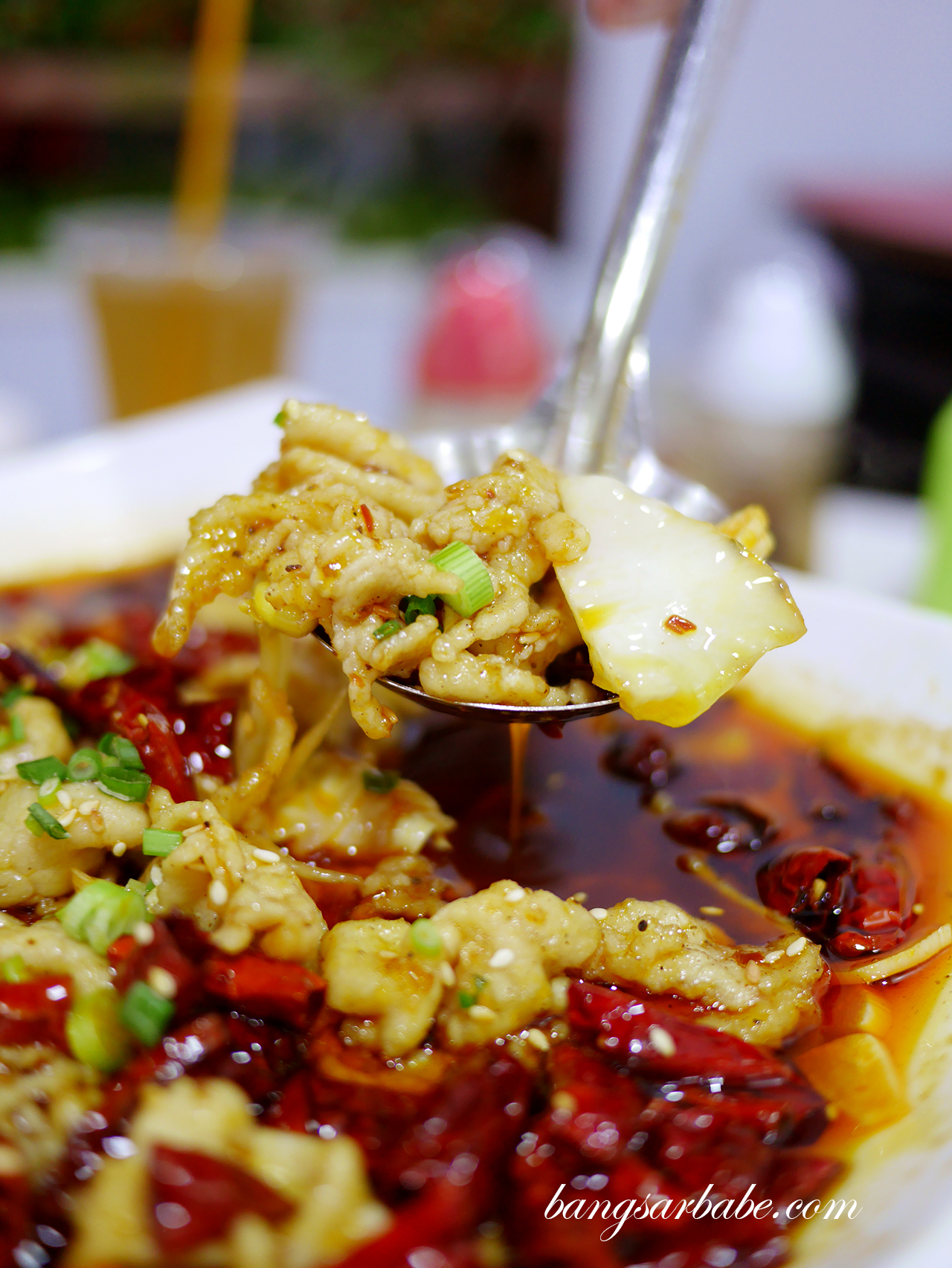 One of the best I’ve tried so far

We returned to Fu Cheng a couple of weeks later – this time, for their Boiled Meat Slices (RM36) because I’ve been craving that. Tenderized pork slices in spicy, chilli oil-laden broth, I could taste the seasoning of the broth and pork before the tingle kicked in from the peppercorn. Definitely one of the better ones I’ve had in a long time. 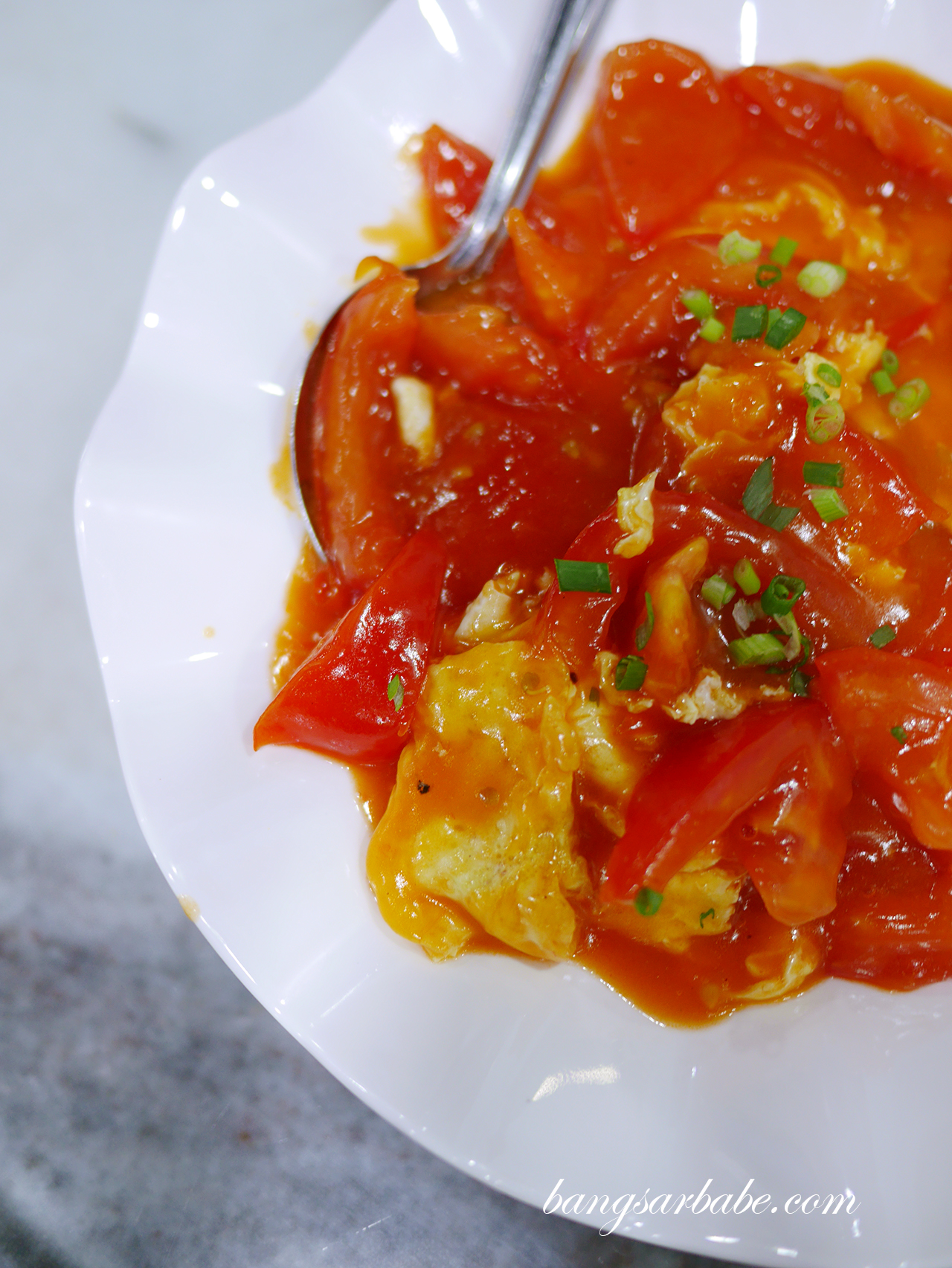 The Tomato Scrambled Eggs (RM12) was something we ordered for May Anne but it’s also one of my favourite dishes to eat. Fu Cheng’s version featured fluffy eggs in a tangy-sweet tomato gravy with just-cooked tomato slices. I like this as you get a bit of bite from the tomatoes and a light creamy texture from the egg. 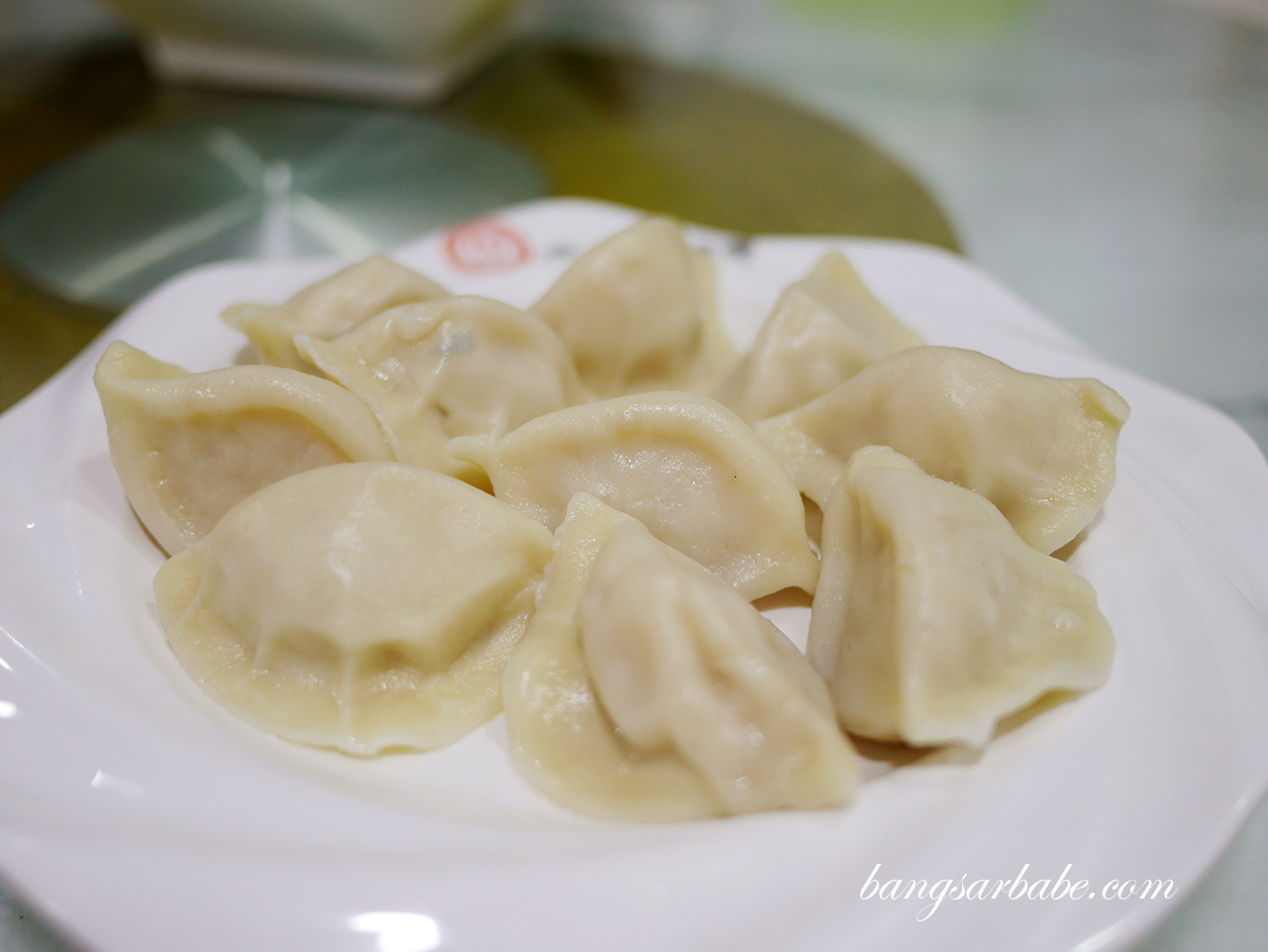 We also tried the Leek Pork Dumplings (RM10), boiled. I’m no expert when it comes to China-style dumplings but the filling was delicious and this tasted even better with a bit of black vinegar. I could eat 20 dumplings on my own! 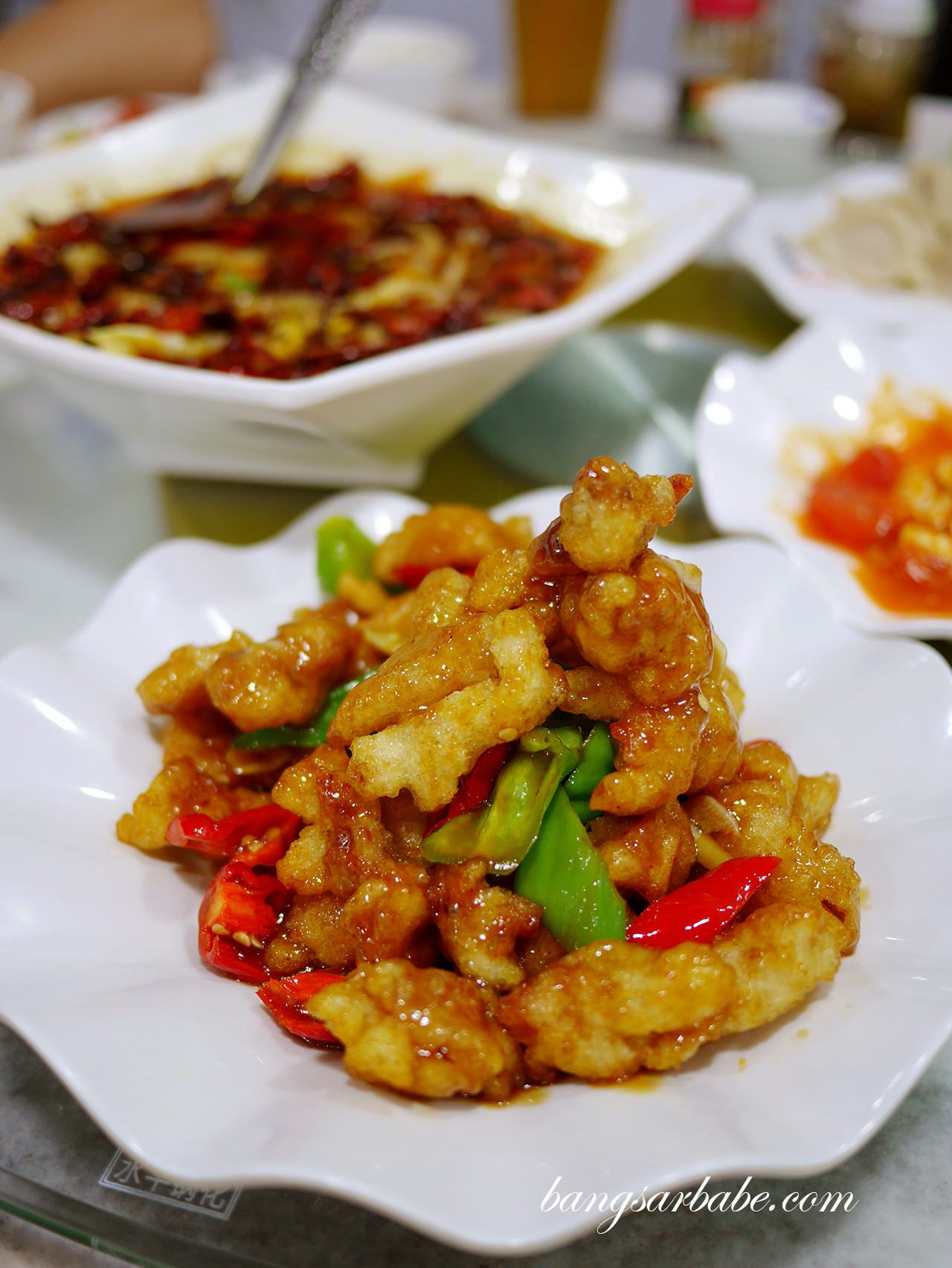 The only thing Jien and I didn’t fancy at Fu Cheng is the “Meat Slider” (RM28). I was going to order the sweet and sour pork / guo bao rou but the banana in me got suckered into ordering the former based on photo. It’s essentially guo bao rou but without the sweet and sour part. It’s savoury and peppery from the addition of green peppers in the dish. Not bad to be honest, but not our cup of tea. 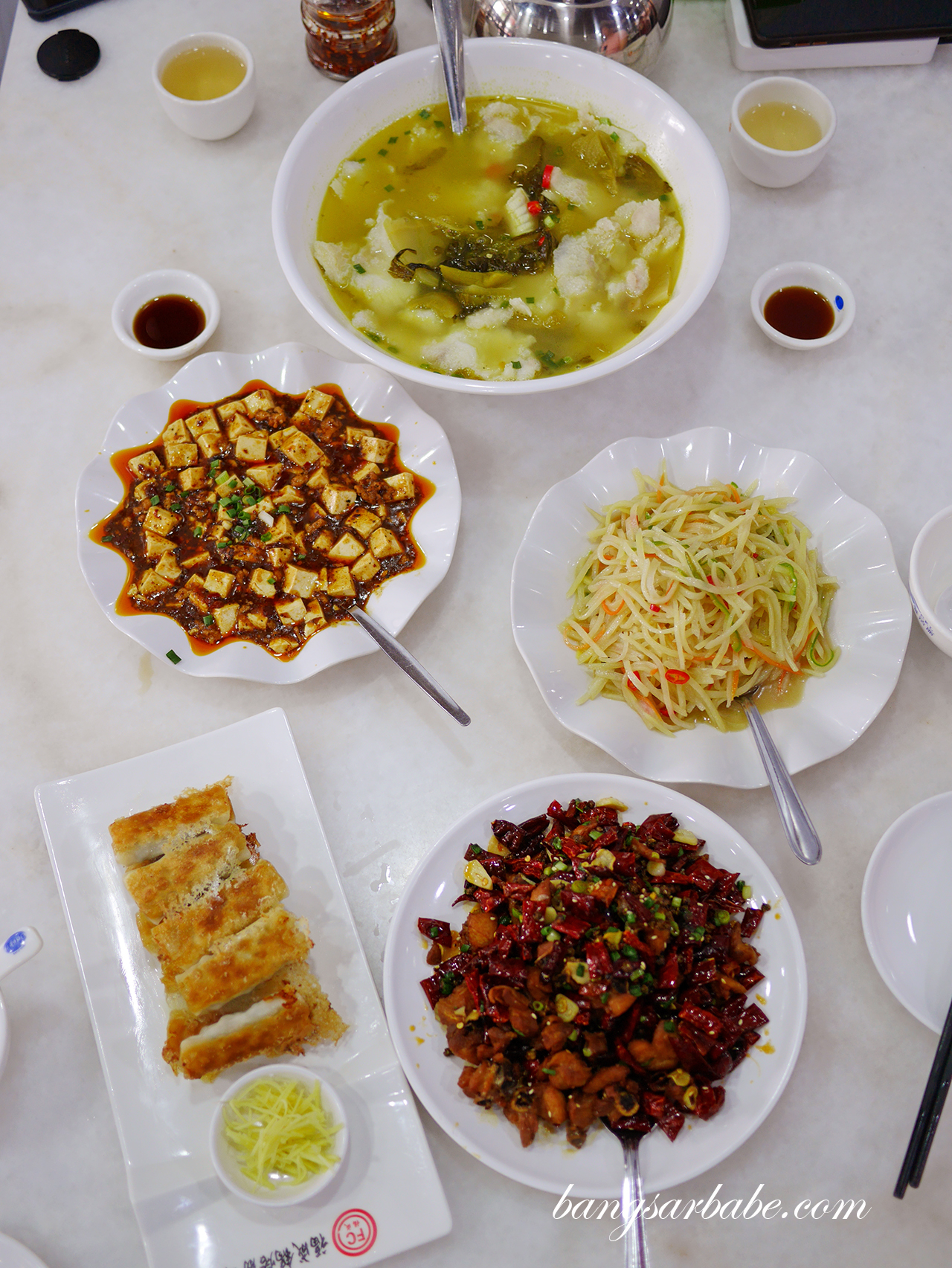 Overall, I really enjoy the dishes at Fu Cheng Restaurant. The owners only speak Mandarin so if you’re not familiar with the language, you’ll have to get by based on photos. But don’t be put off by this (language) barrier – the food will surprise you. Prices are fairly reasonable considering the portion. Definitely my go-to spot now if I’m craving China-style dishes. 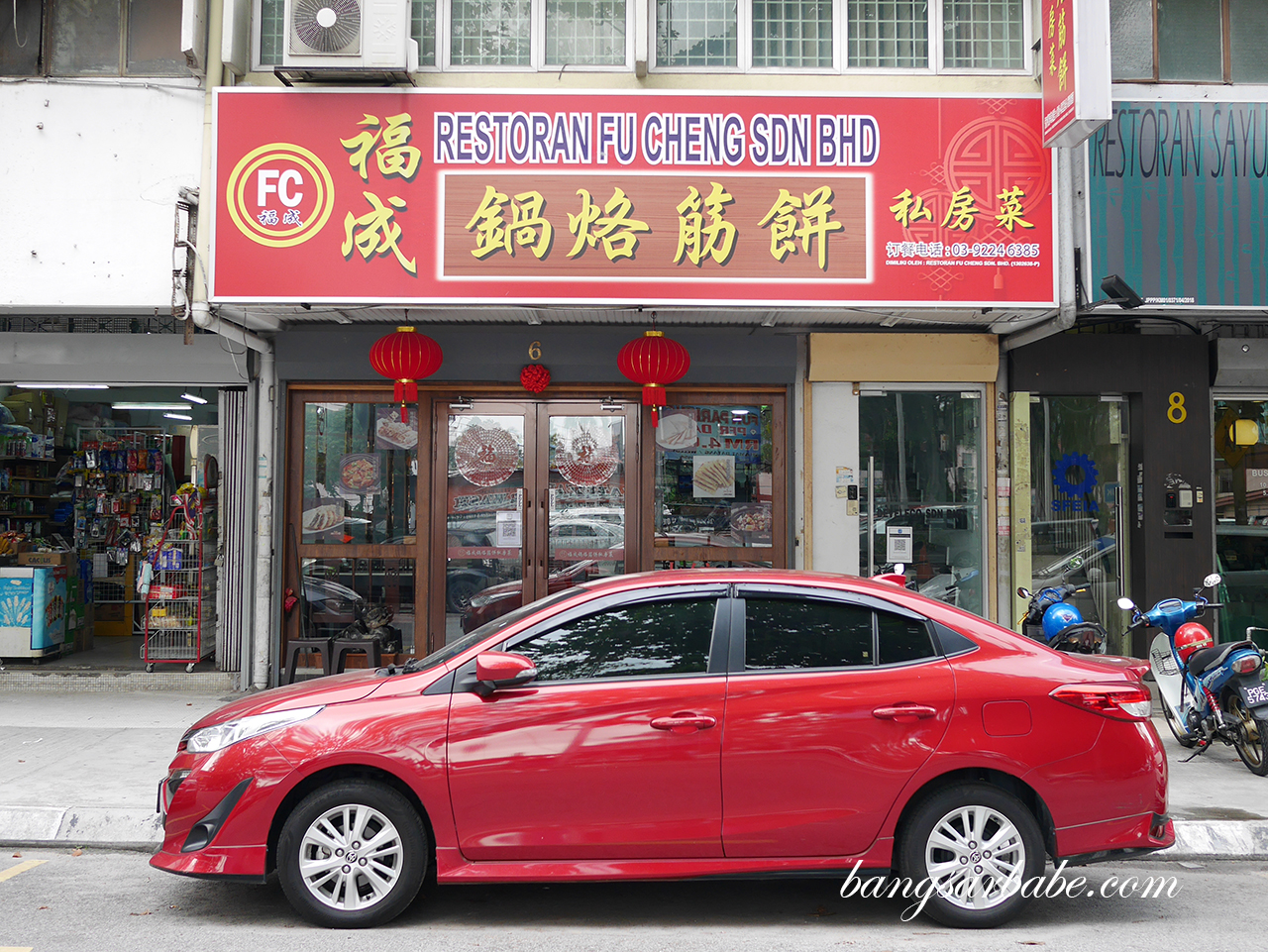