Wantan mee is one of Jien’s favourite things to eat but not quite mine, though I’ve grown to enjoy it over the years due to influence from him and my father in-law. K Intan Wantan Mee in Section 17 PJ has been around for many years and I’ve driven past this unassuming shop – often packed with patrons.

It’s best to get there early as the restaurant isn’t very large and with the implemented SOP, that also means longer waiting time for a table. Jien and I arrived before noon and already, the tables were all occupied. We ordered a large plate of wantan mee with char siew (RM7.50 – large, RM6.50 – small), a portion of siew yuk and a bowl of sui kow soup to share (3 pieces). 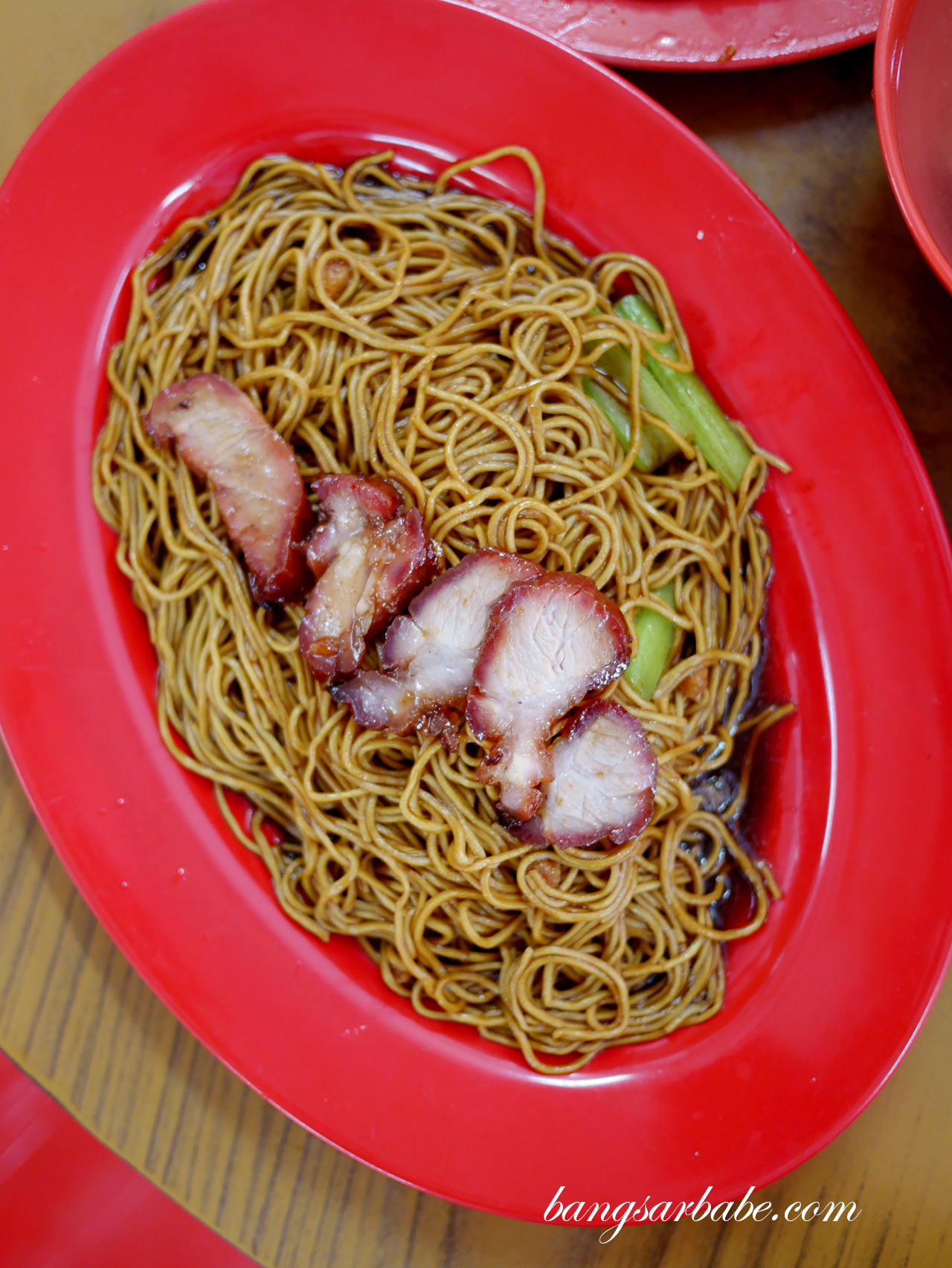 One thing I noted about K Intan is that the owners run the show, with their workers assisting with drinks and service. The young chap and his wife man the cooking station; he does the noodles while the wife takes the orders and folds the dumplings. Quite a rare sight as most business owners would man the cashier while their staff do the heavy lifting. 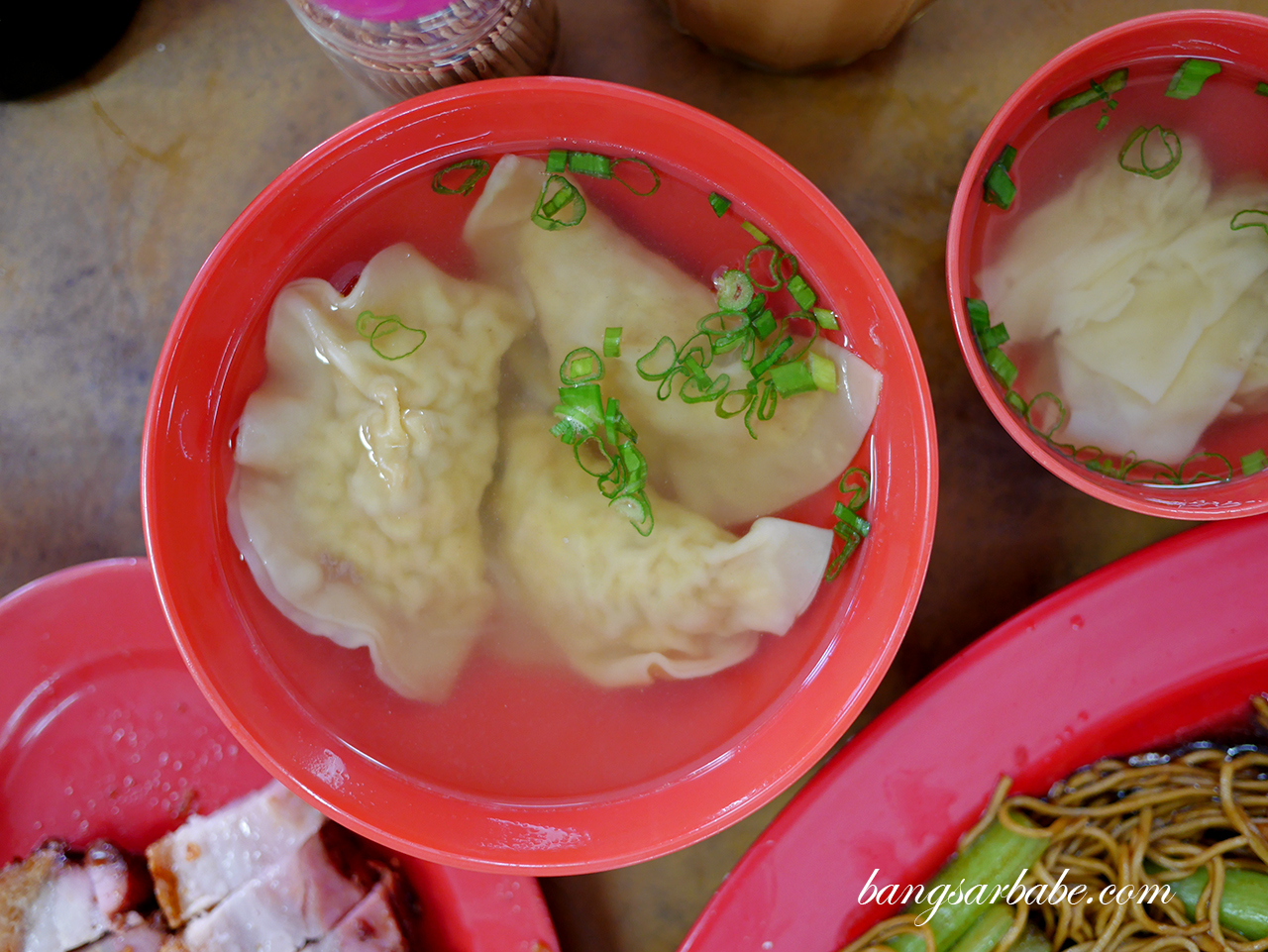 Bundles of freshly made wantan noodles are seen at the counter next to the cooking station, together with a container of sui kow filling. The lady boss would inform customers that a short wait is needed for sui kow soup orders since they are prepared on the spot. FYI, there is only wantan noodles at K Intan – no curry mee or yong tau fu unlike what the signboard says. 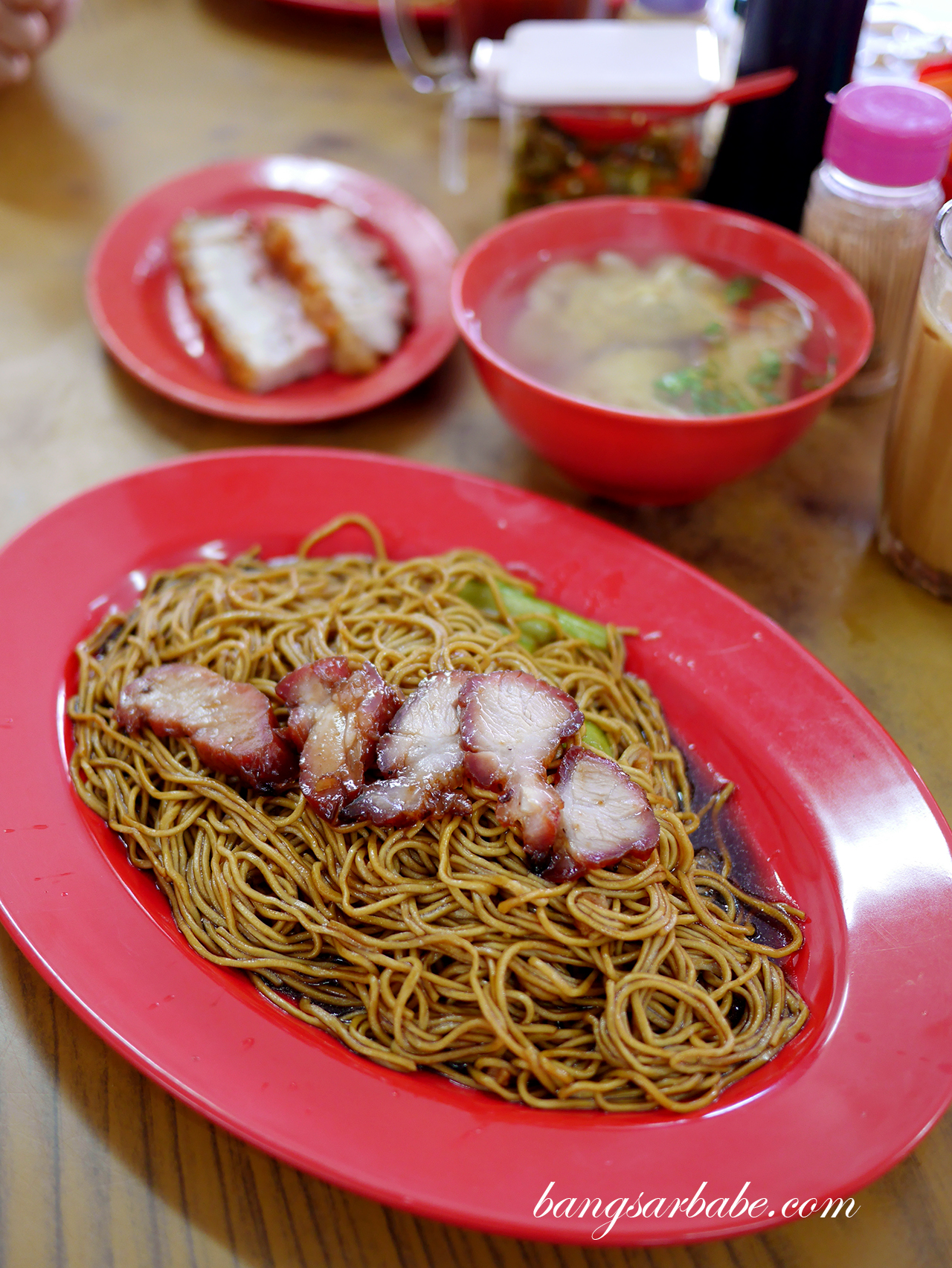 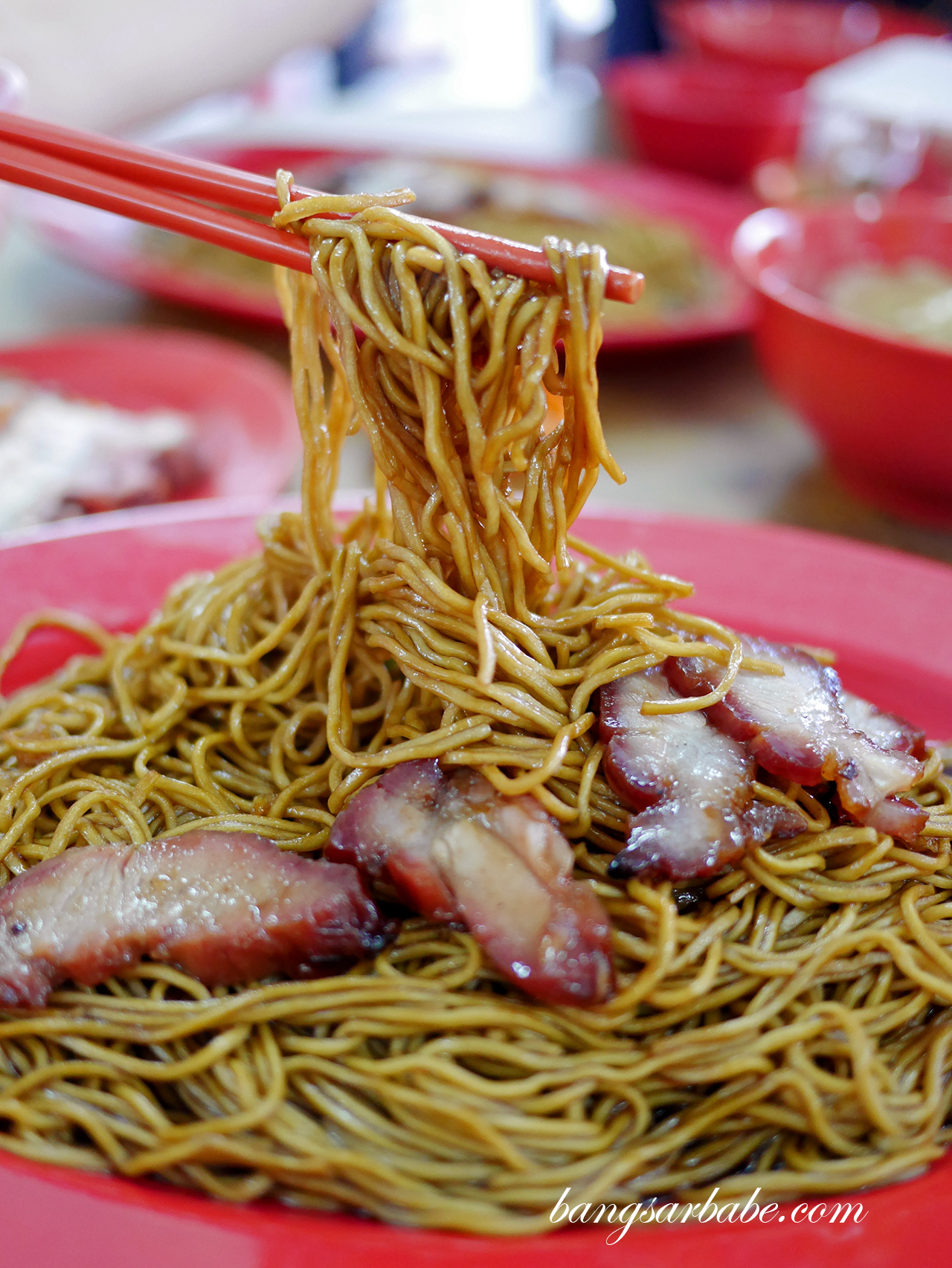 Great noodle texture with no alkaline smell or taste. Seasoning is on point too!

I really wasn’t expecting much from K Intan Wantan Mee but the noodles knocked my socks off. Jien who is a die-hard fan of the wantan mee from PJ State even agreed that K Intan’s wantan mee is tastier. The noodles boast a nice chewy texture and there’s no alkaline smell or taste. Seasoning is simple but complements the noodles nicely. 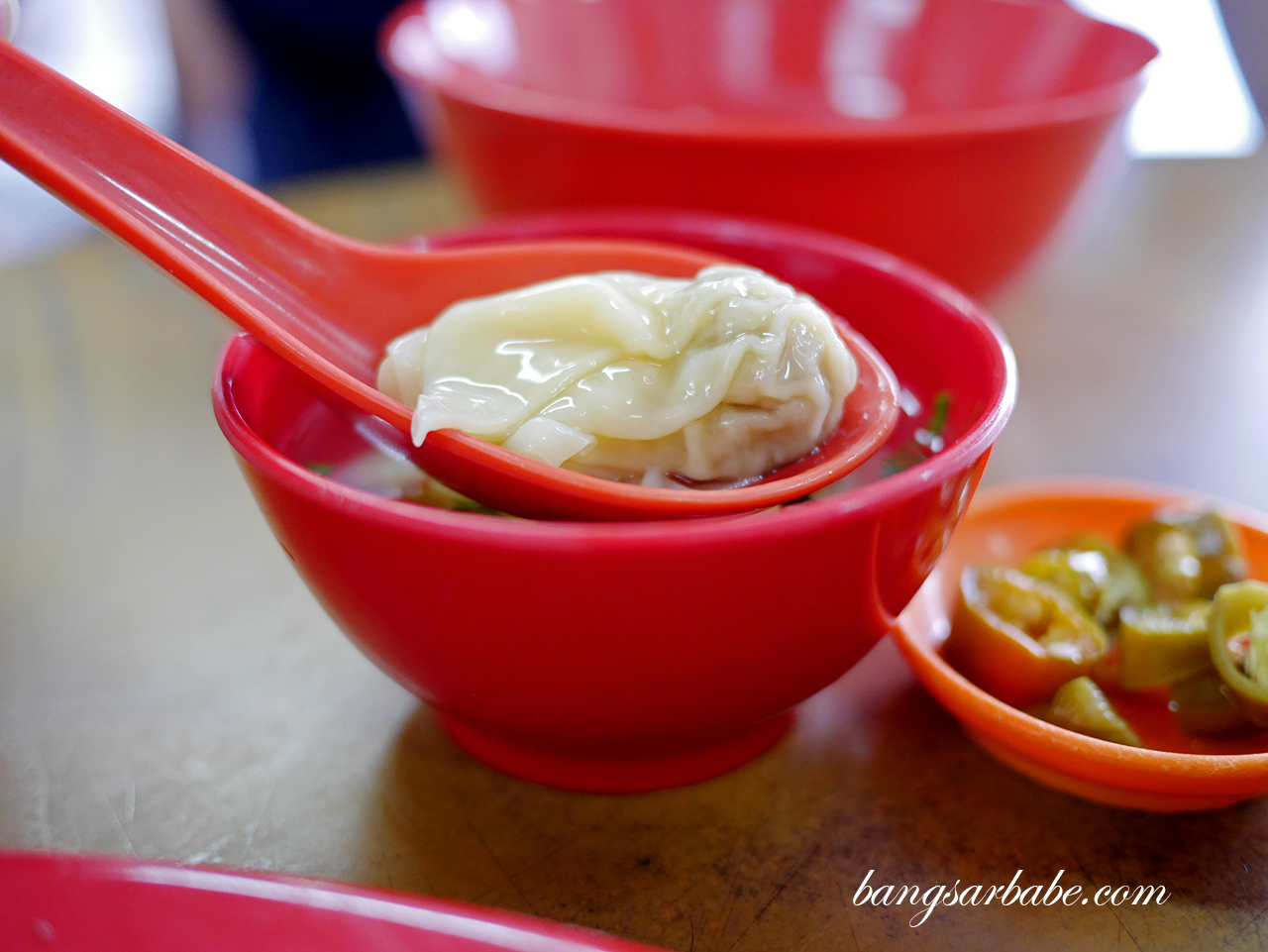 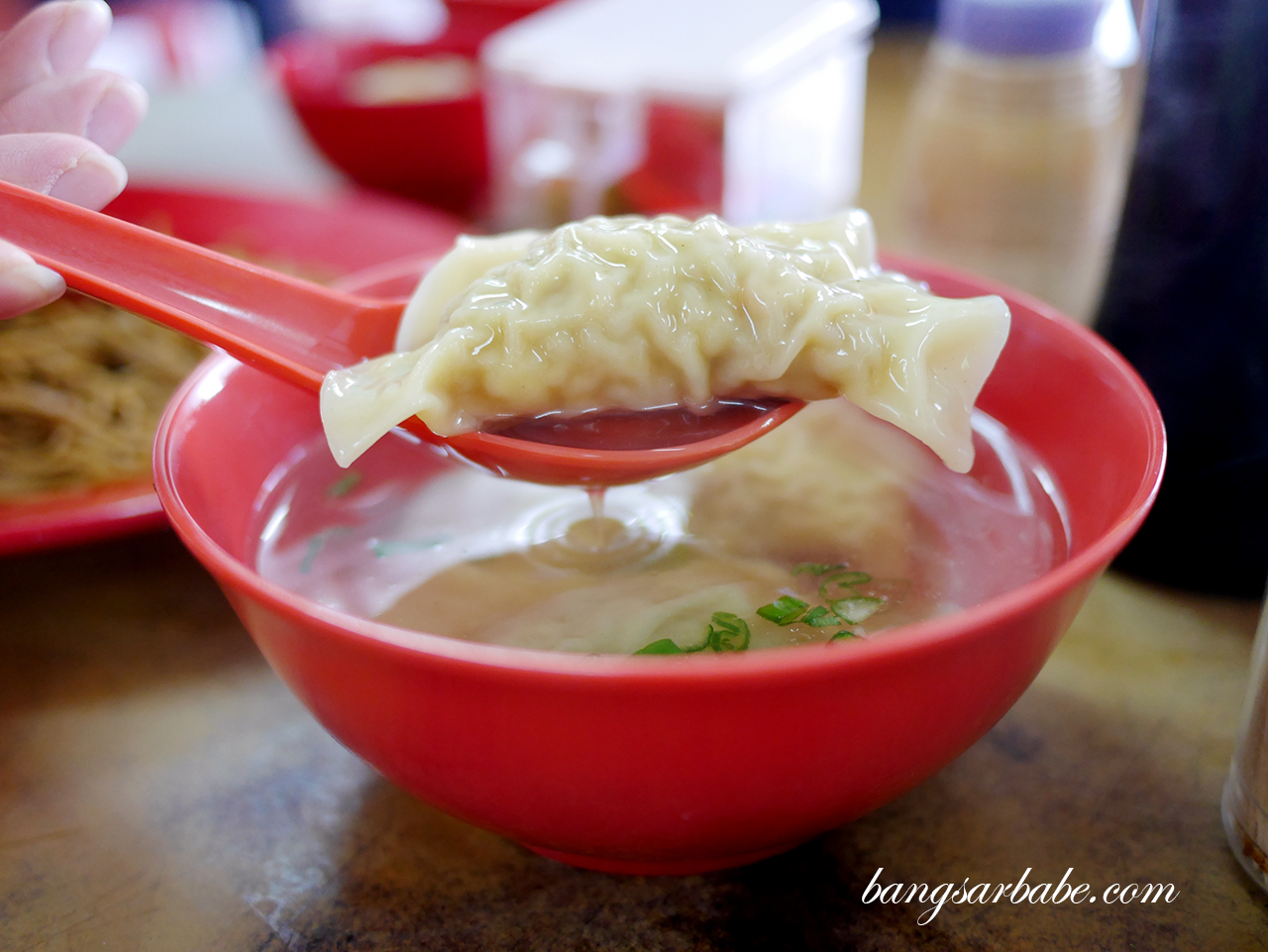 Sui kow is folded to order and really quite delicious

Even the wantan is done well, with a good ratio of filling to skin. And the filling is delicious – the wantan isn’t just a “by the way” thing but rather, a good complement to the noodles. We also really enjoyed the sui kow. Generously filled with a mixture of minced pork, water chestnuts and prawns, it was crunchy, sweet and full of flavour. 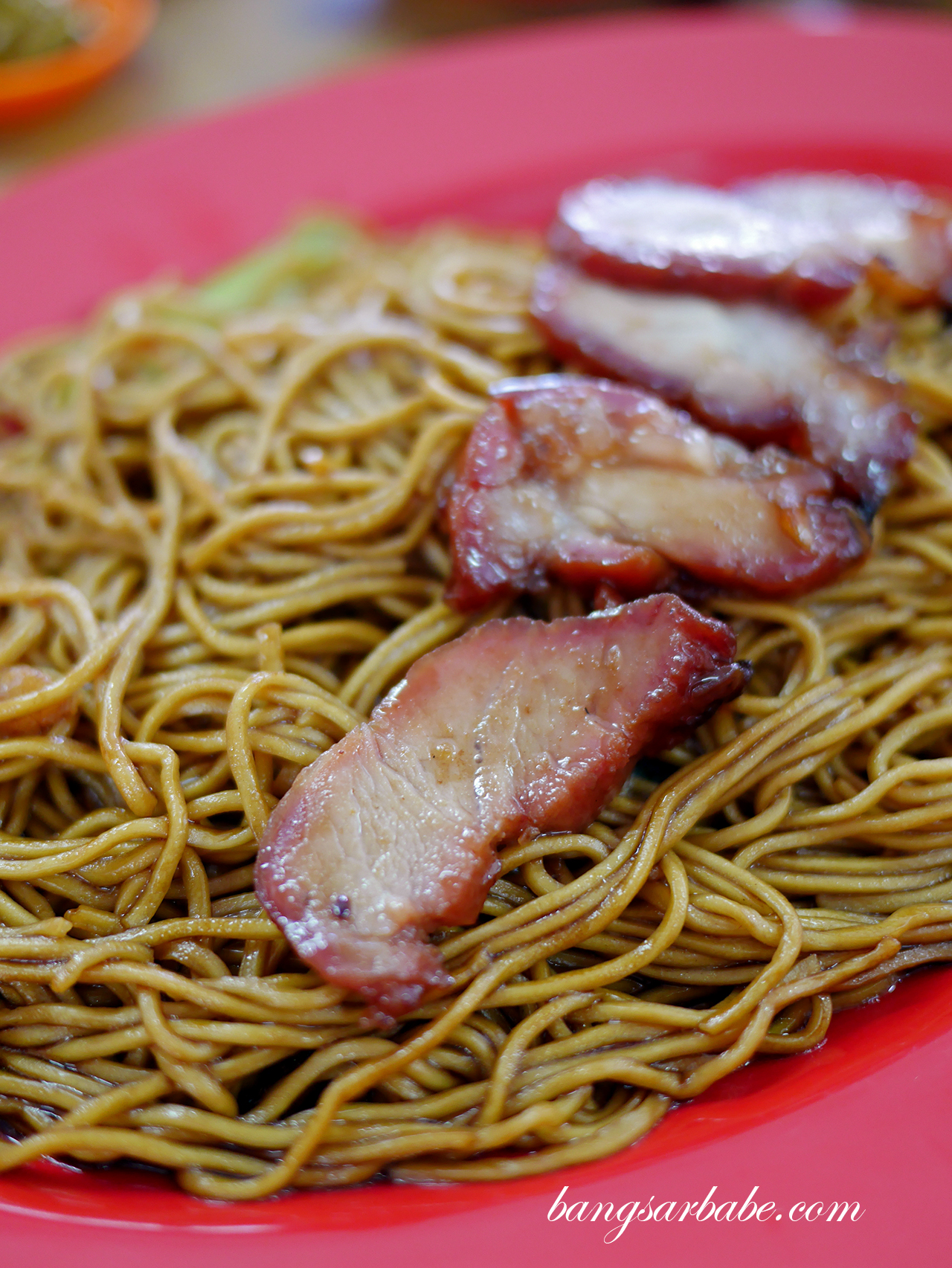 Decent char siew too. Though I would prefer a fattier cut lol.

This unassuming wantan mee shop turned out to be a gem. You can actually taste the subtle differences between their handmade noodles, wantan and sui kow vs the other options available around. The char siew is not bad as well; not too lean nor too fatty, with sufficient charred bits around the edges. 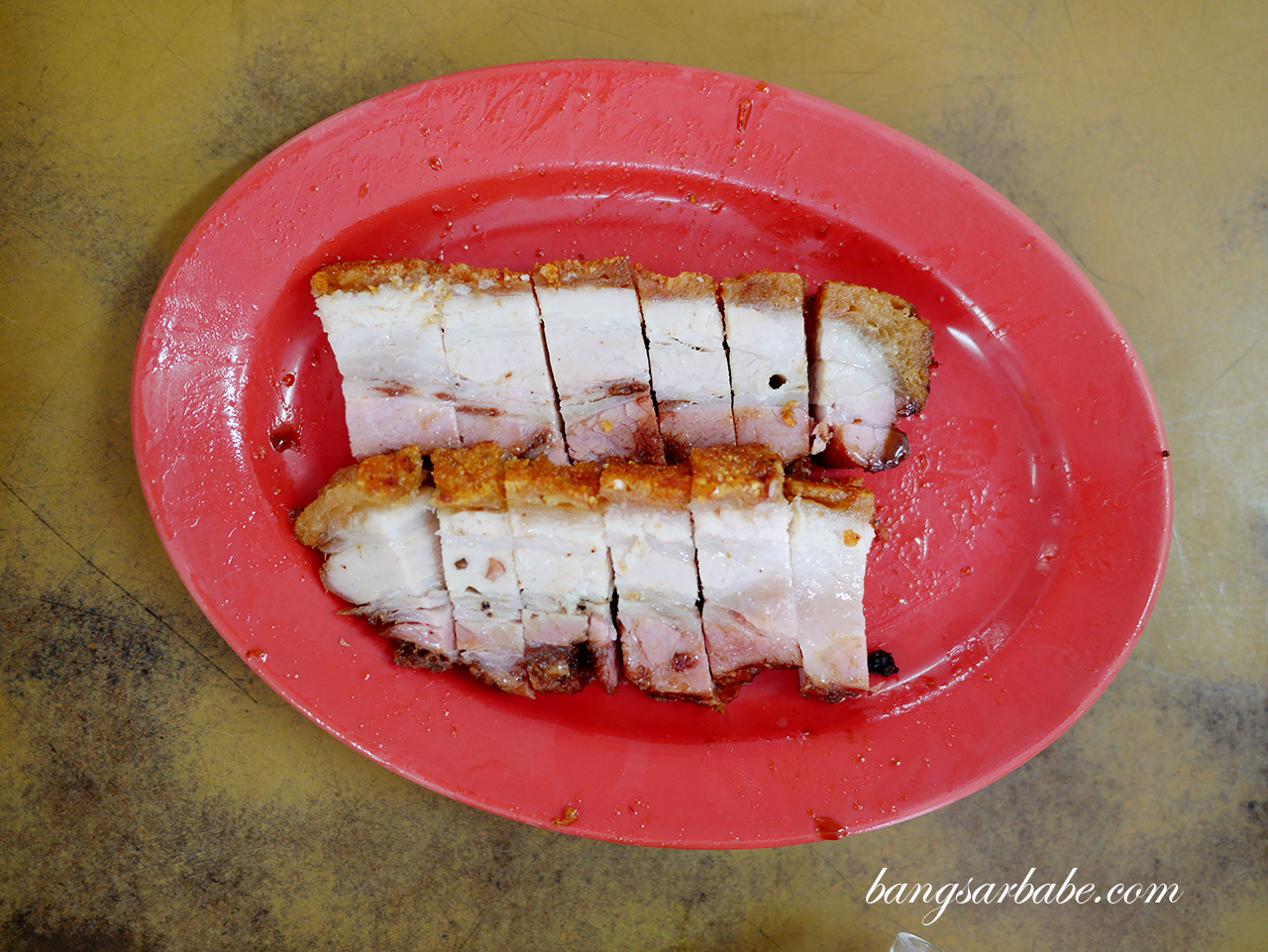 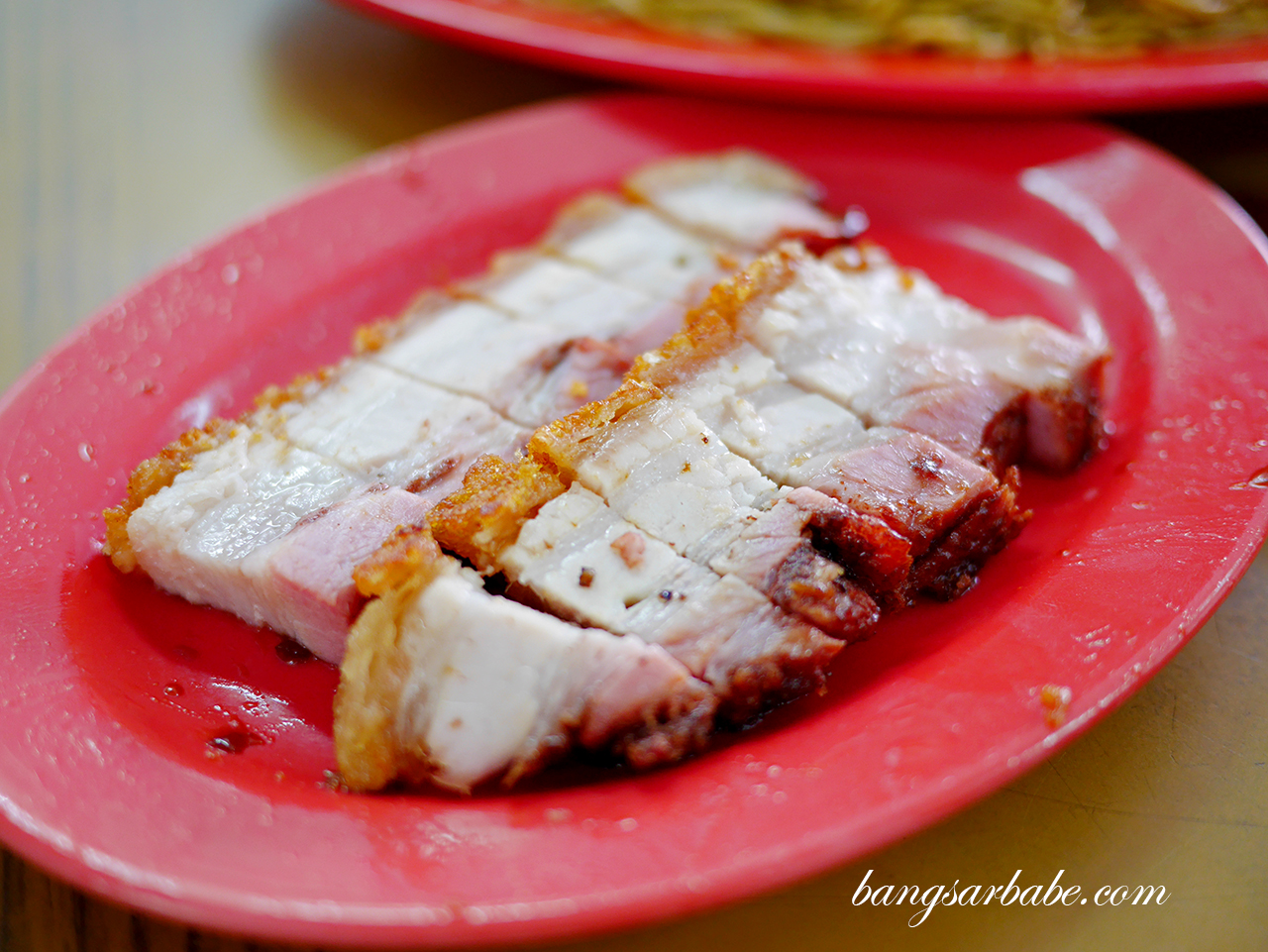 Light and crispy skin with good ratio of fat and meat.

Give the siew yuk a try too as it goes well with the wantan noodles. The skin is light and crispy, and the meat is seasoned just right to pair with the noodles. I was told the owners learnt the art of making the wantan mee from the former owner and worked on improving their skills when it comes to meats and side accompaniments. 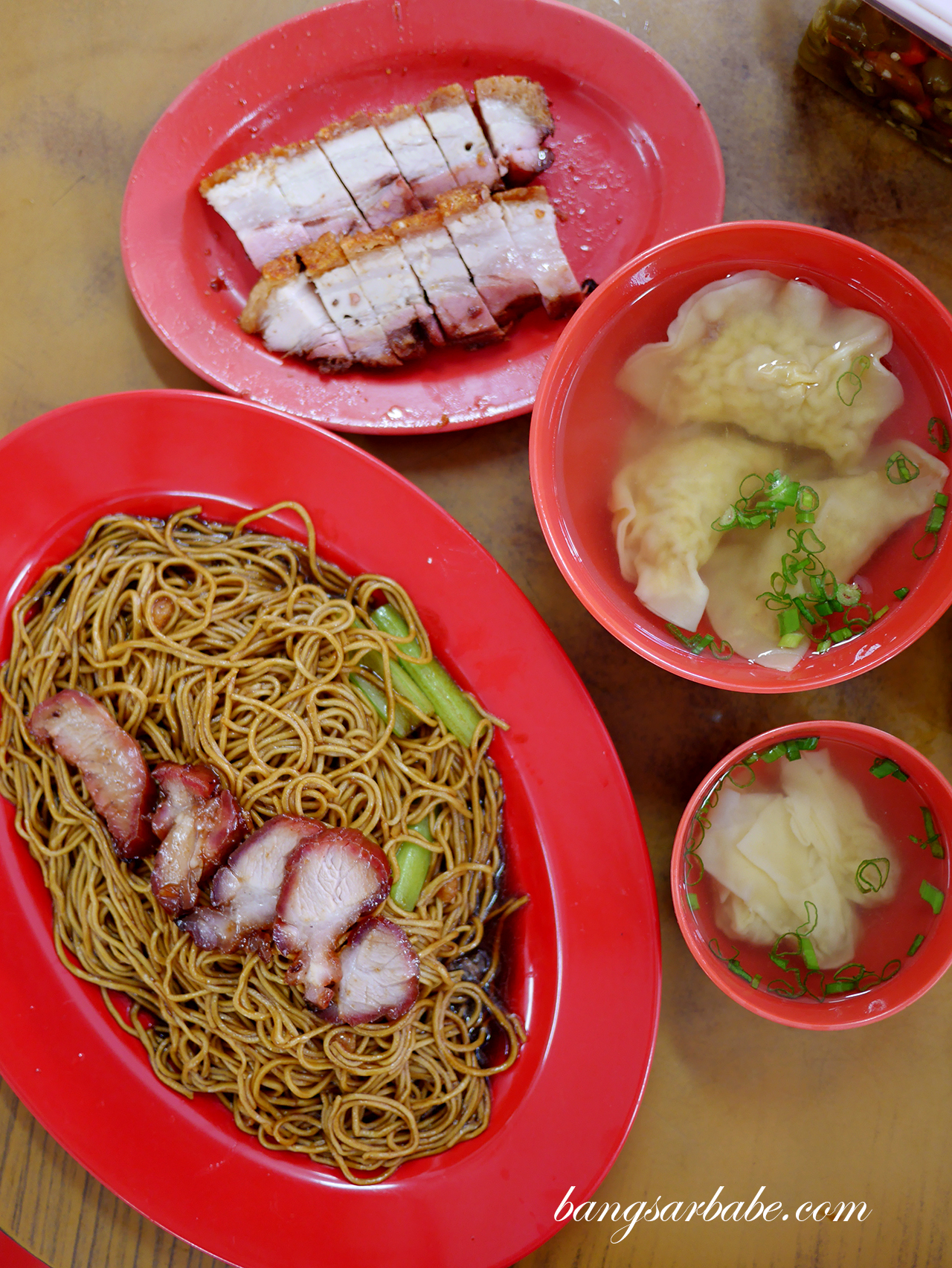 Hats off to them, for their hard work is evident in the food they serve. Because of them, I am now a wantan mee convert…only if the noodles come from K Intan Wantan Mee. :) 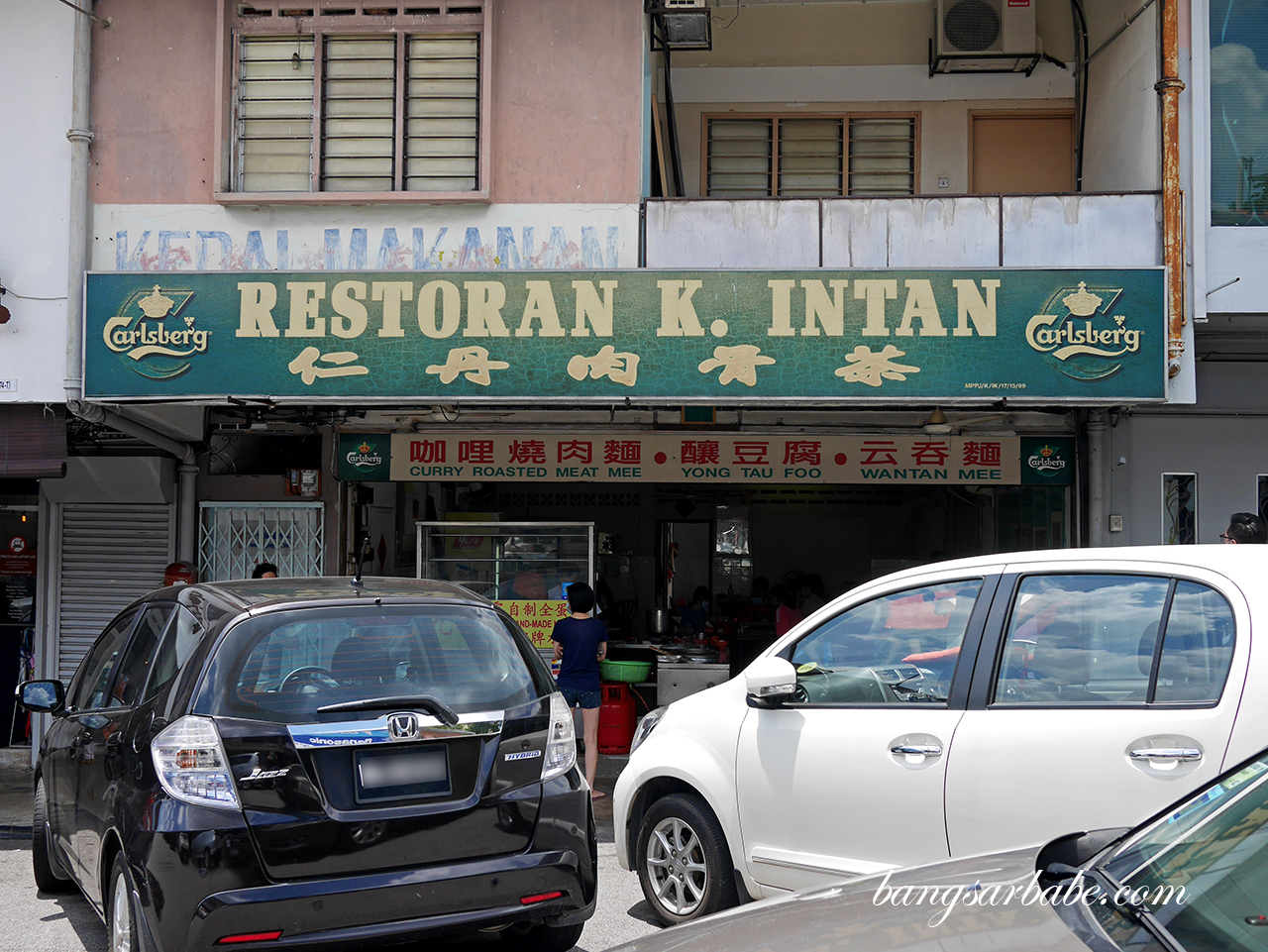