Every few months, I would head to Semenyih to pay my late mother a visit. And often, I would lament over the (lack of) food choices available — it was either Restoran 52 or the pan mee shop, which I enjoy but have grown a tad tired of after several visits. 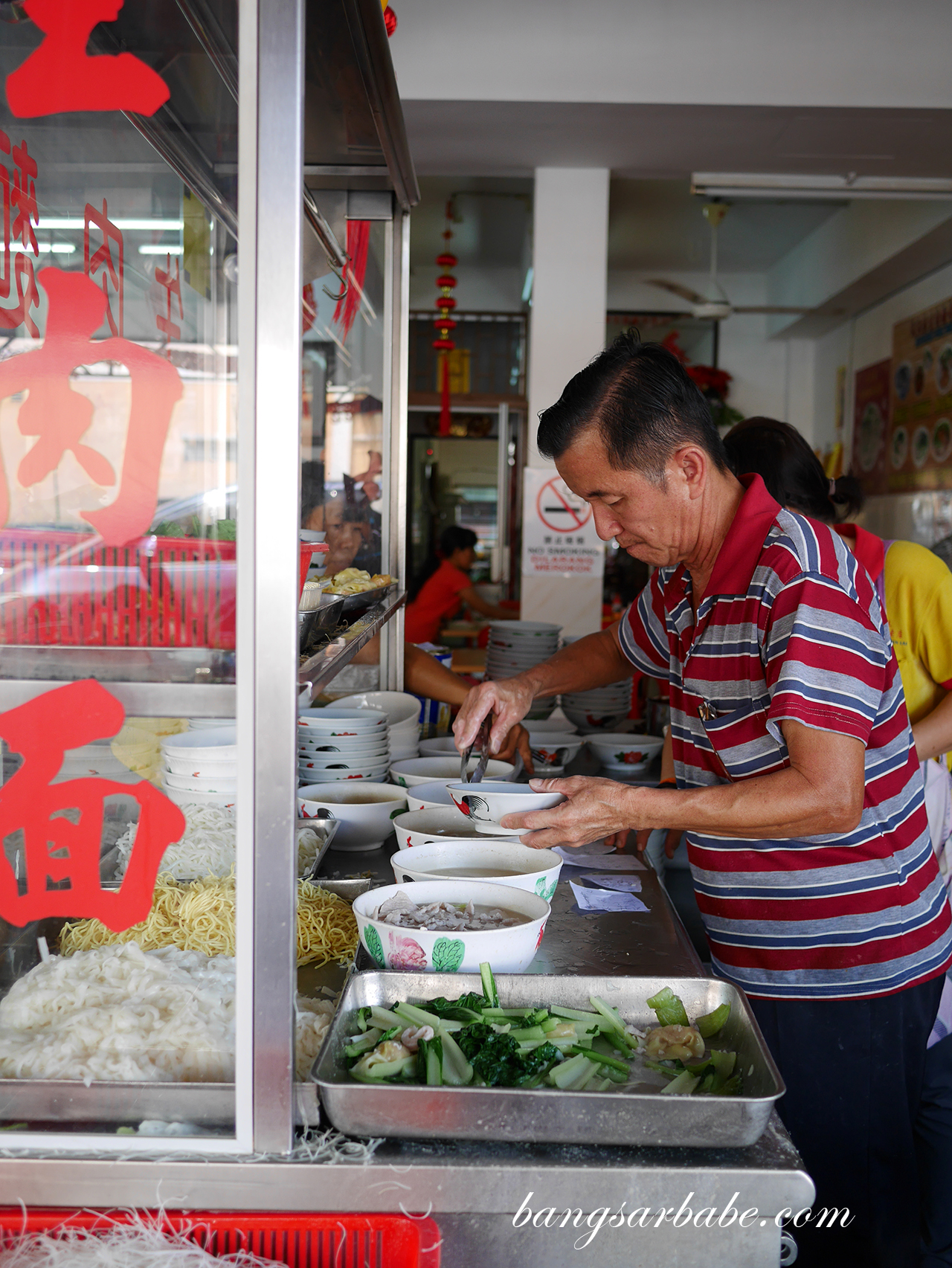 Tian Tien Lai in Semenyih was recommended by a colleague of mine, who used to live in the vicinity. According to her, the Sabah pork noodles here are highly sought after by the locals and there’s always a long wait for the food. 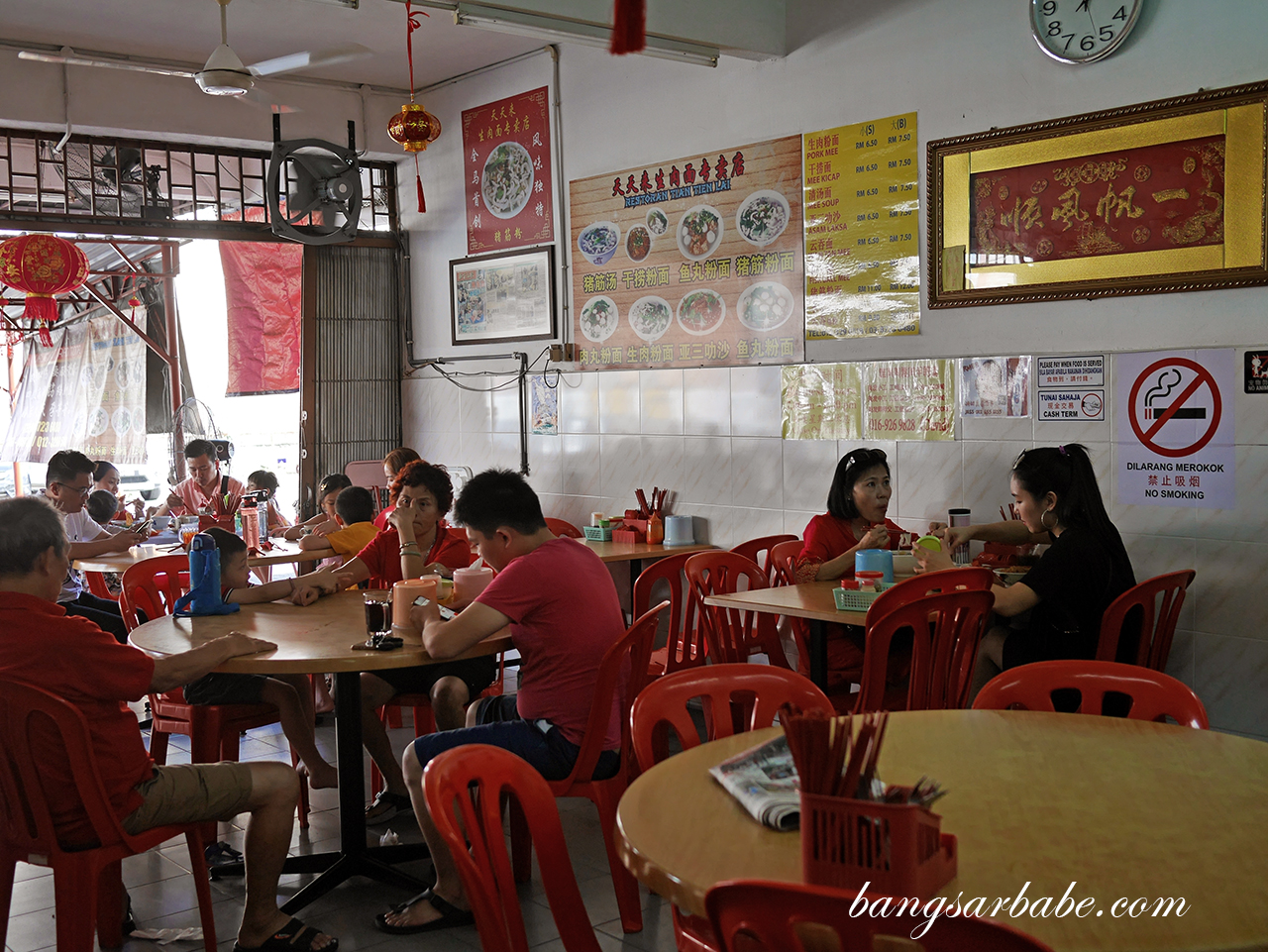 Expect to wait between 30 minutes or longer for your bowl of noodles, especially during peak hours.

She wasn’t kidding about the long wait. When Jien and I dropped by over the weekend, the place was crowded even before noon. We waited a good 30-35 minutes for our pork noodles (despite getting there early) and were feeling rather famished since we didn’t have any breakfast that morning. 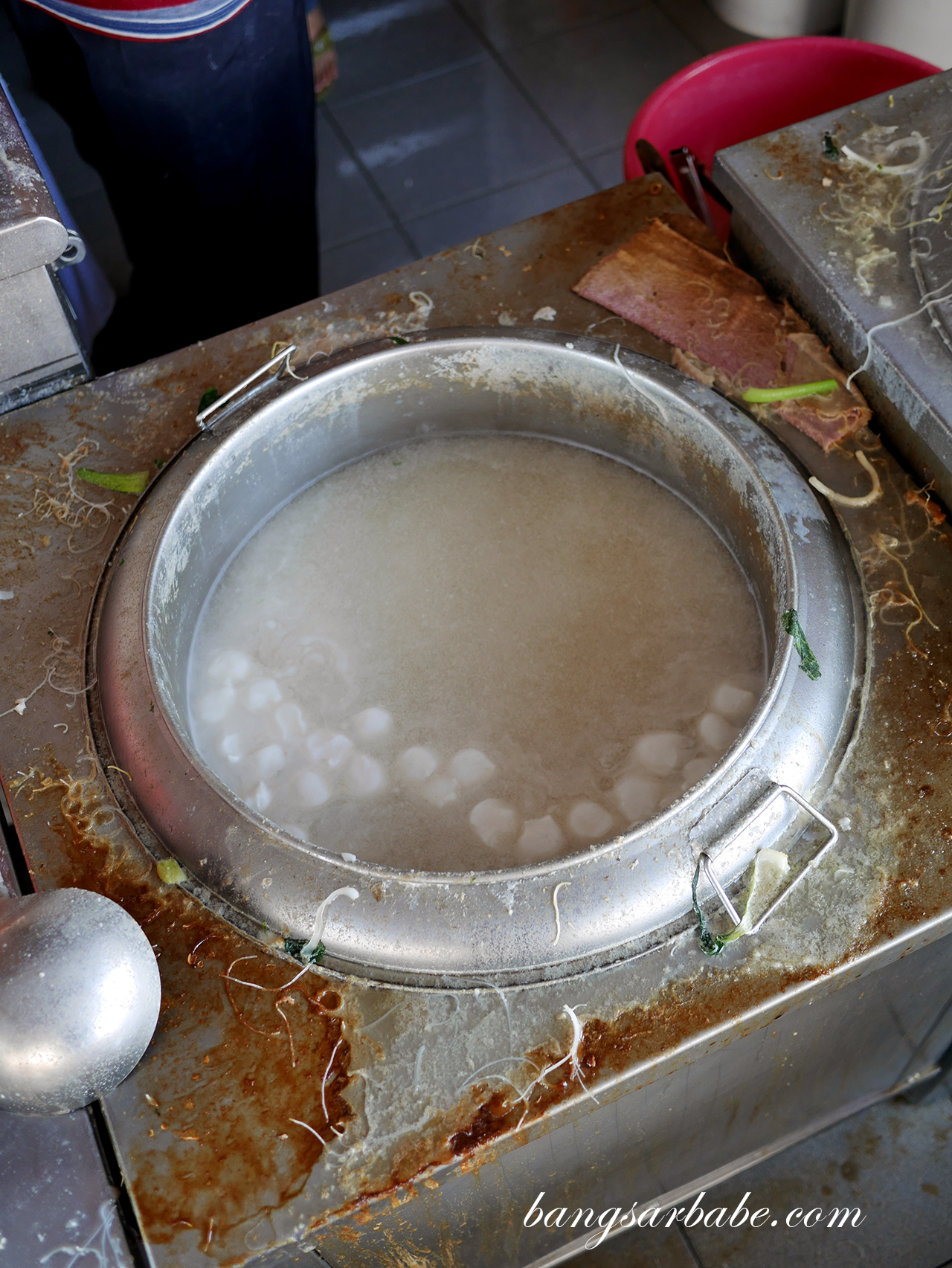 A lot of customers there are seen ordering more noodles for takeaway. So I had my hopes up since there were plenty of indications that food must be good. I also bumped into an ex-colleague of mine who was at Tian Tien Lai for the first time, like me. 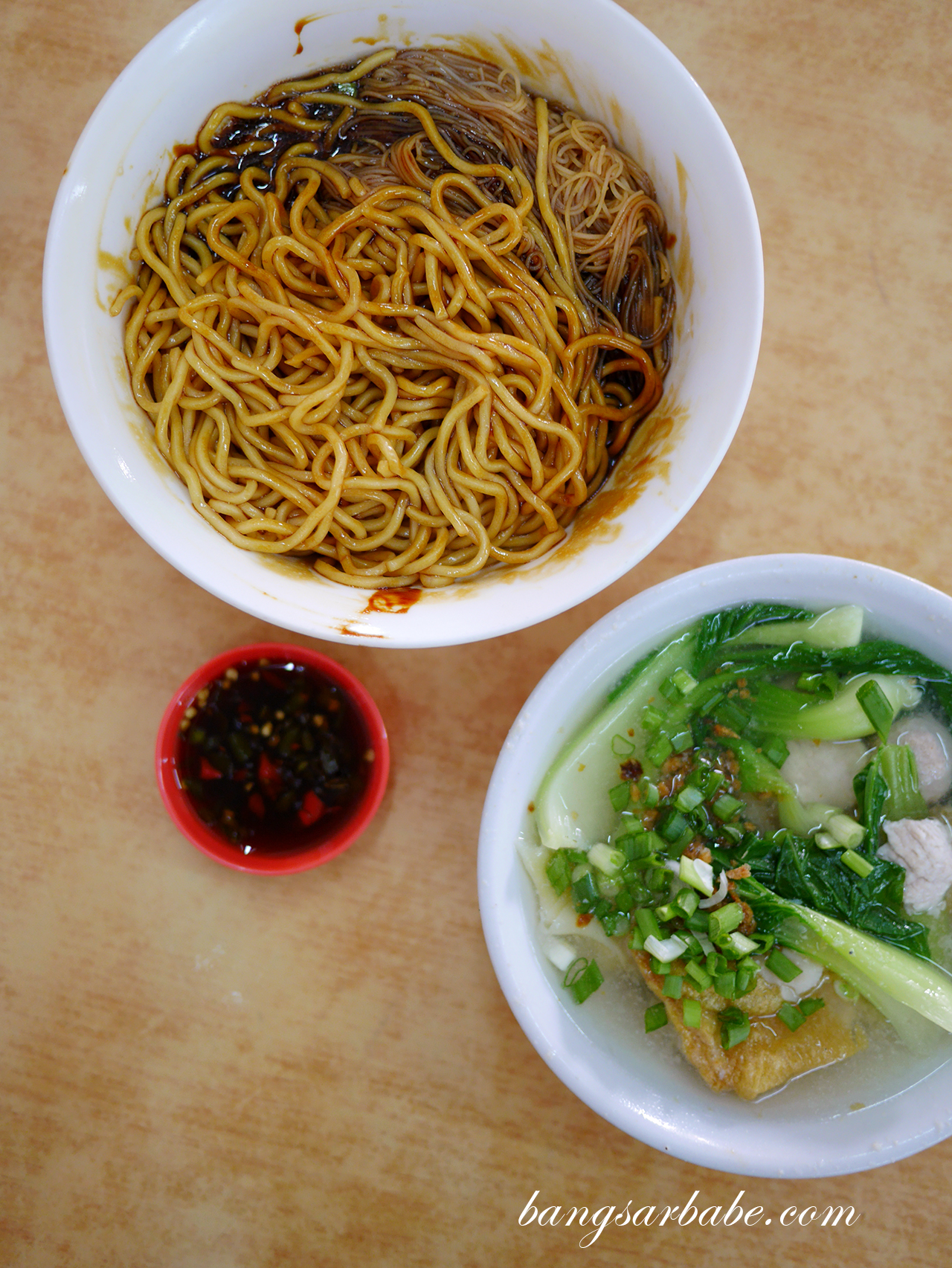 We opted for the dry style vermicelli and yellow noodles, and soup version with kuay teow for comparison. I took my first sip and realised something wasn’t quite right. 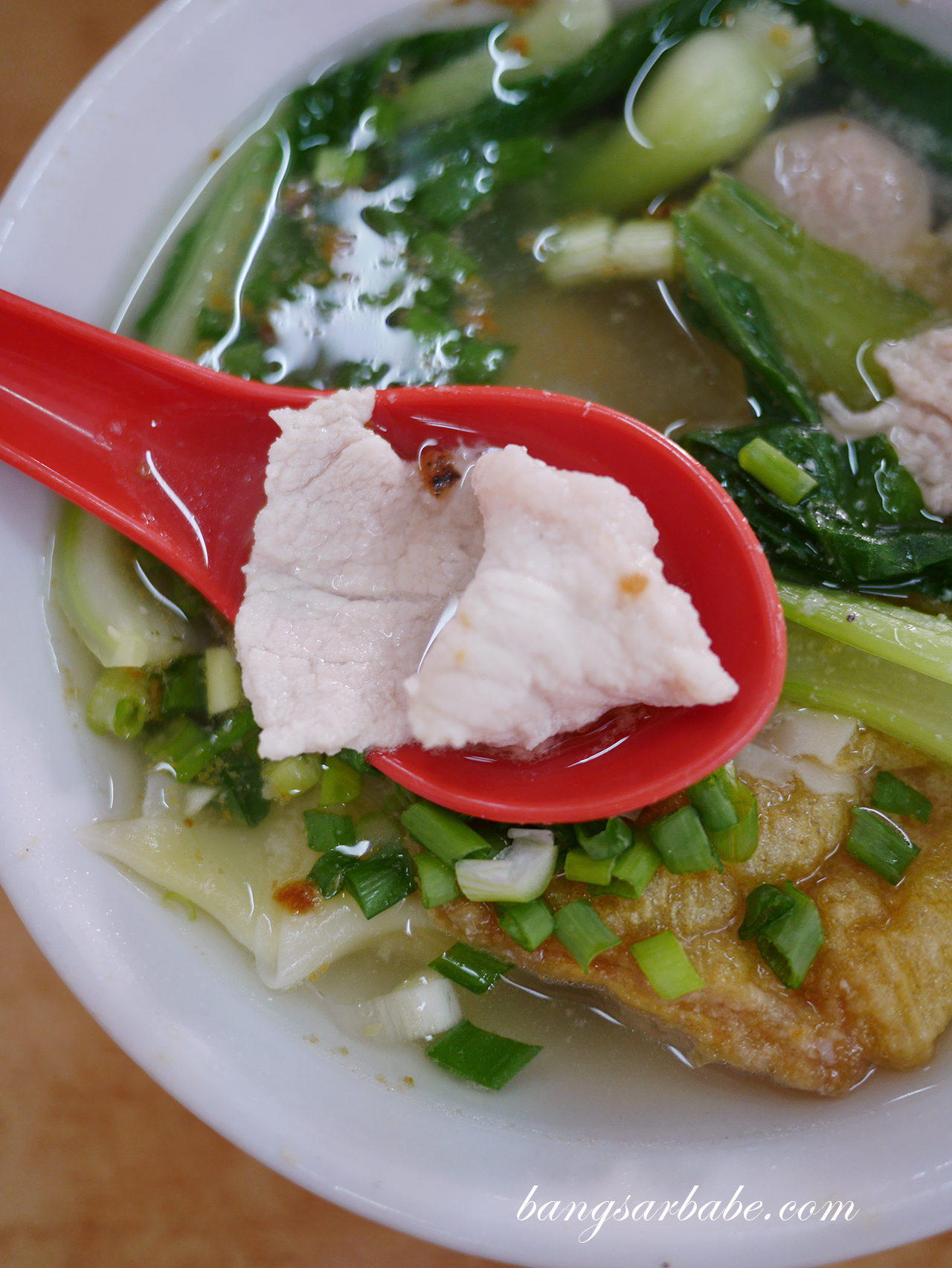 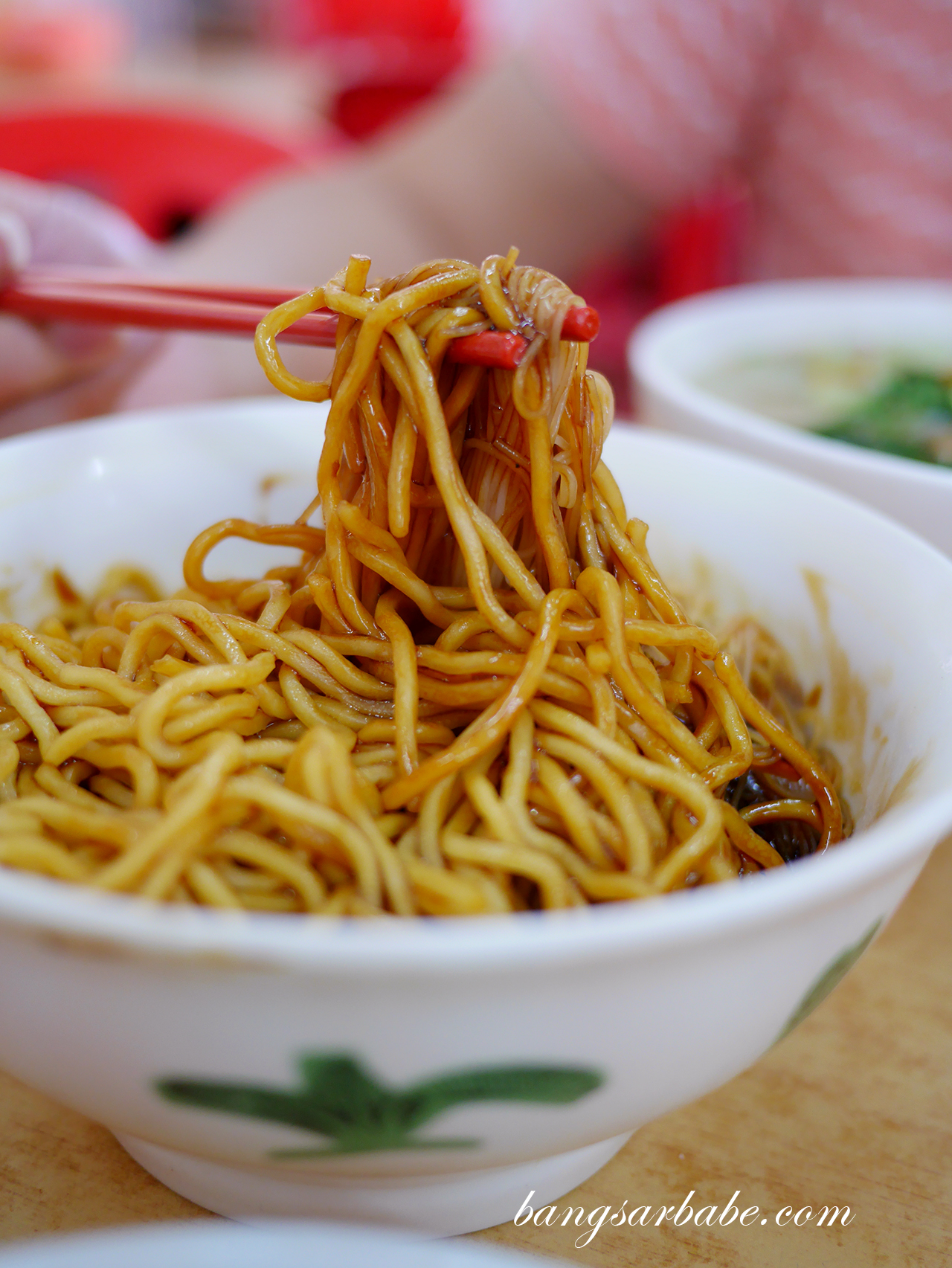 The noodles lacked flavour from the pork lard. 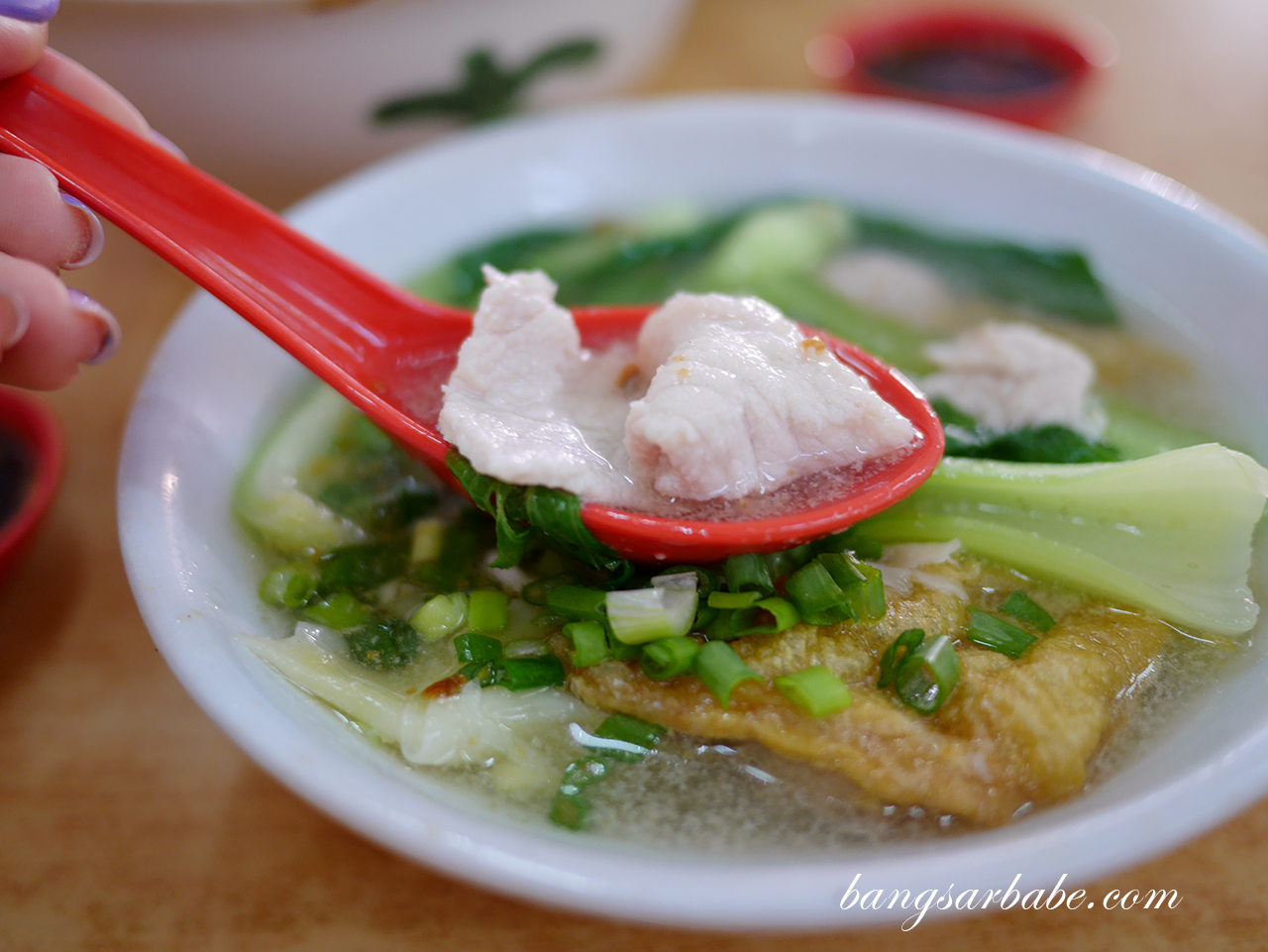 The soup unfortunately lacked porkiness. It tasted almost like clear soup with bits of pork in it.

There was little to almost no porky Flavour in the broth, much to my surprise. Despite the addition of pork slices and pork balls in the mix, the soup didn’t have the body or depth I was seeking. While there isn’t much to say about the noodles, tossed in dark sauce, this was sorely missing the element of pork lard, which could have given it an amplified flavour. I also thought it was weird that we got two pieces of wantan in the soup mix; not something I would expect from Sabah-style pork noodles. 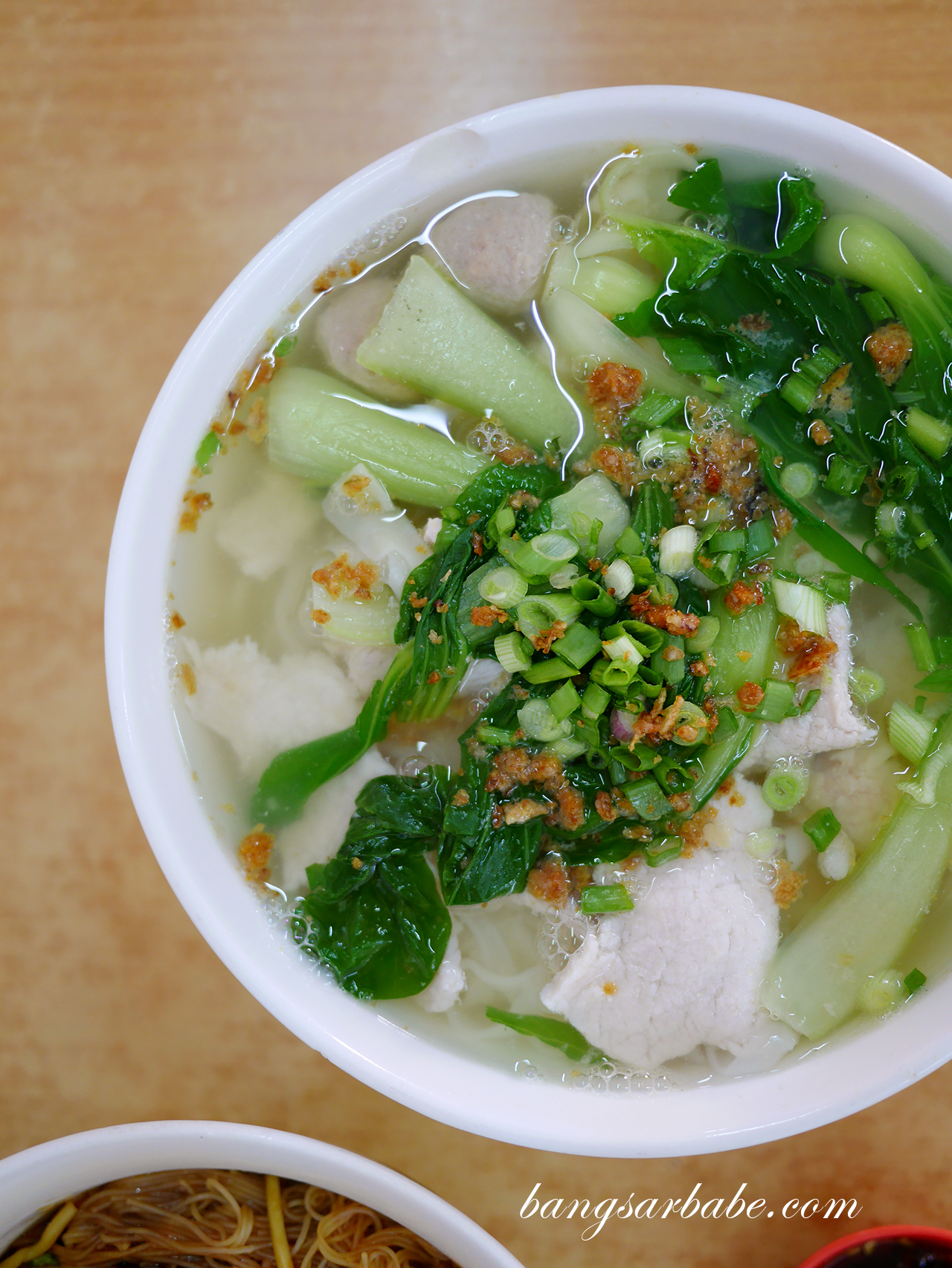 Portions are large here and prices are reasonable.

The soup version was even more disappointing as it was a diluted version of the dry style noodles. Because the soup on its own didn’t have enough oomph, further addition of rice noodles made it more insipid so you will need a lot of chopped bird’s eye chillies to give it some kick. Like the dry noodles, pork lard and lard oil is sorely missing in this dish so there was no aroma or flavour which one would expect in a bowl of pork noodles. Good thing the pork slices were nice and tender, so that was Tian Tien Lai’s saving grace I reckon. 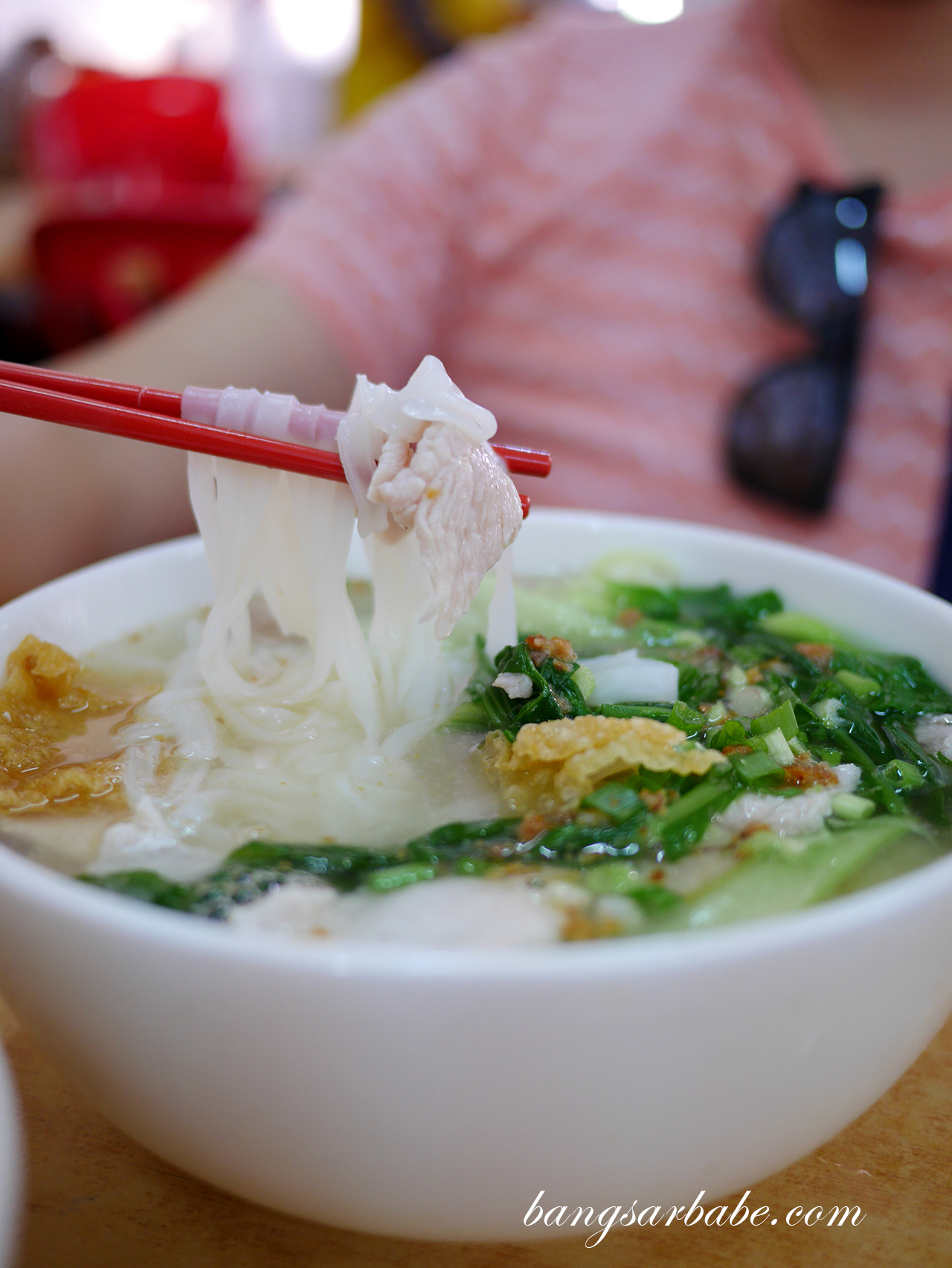 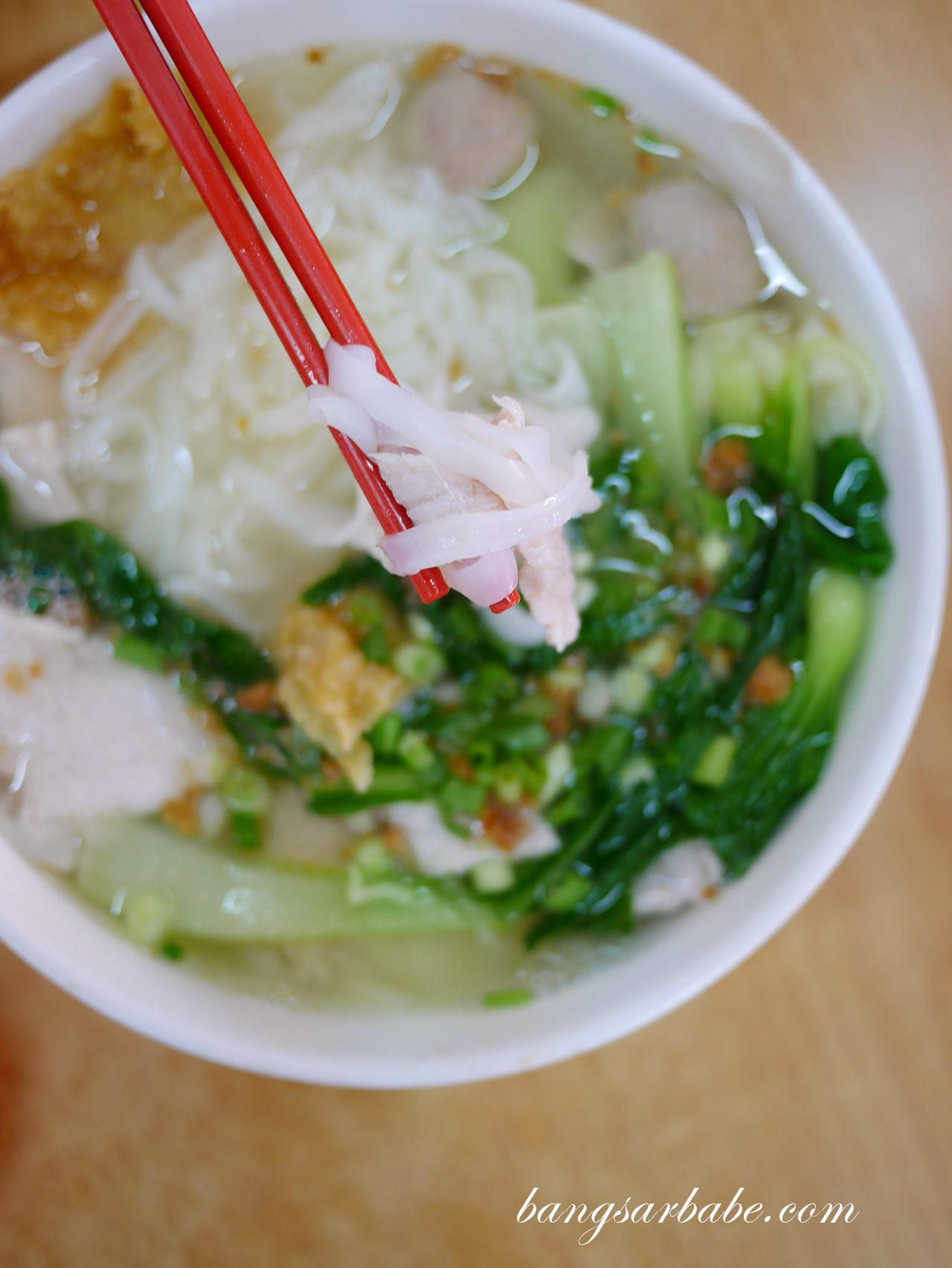 In a nutshell, we were disappointed. Mostly because it wasn’t quite the Sabah pork noodles we were seeking. That said, if you’re planning to visit, be sure to get there before noon as the place is really packed and waiting time is longer during peak hours. 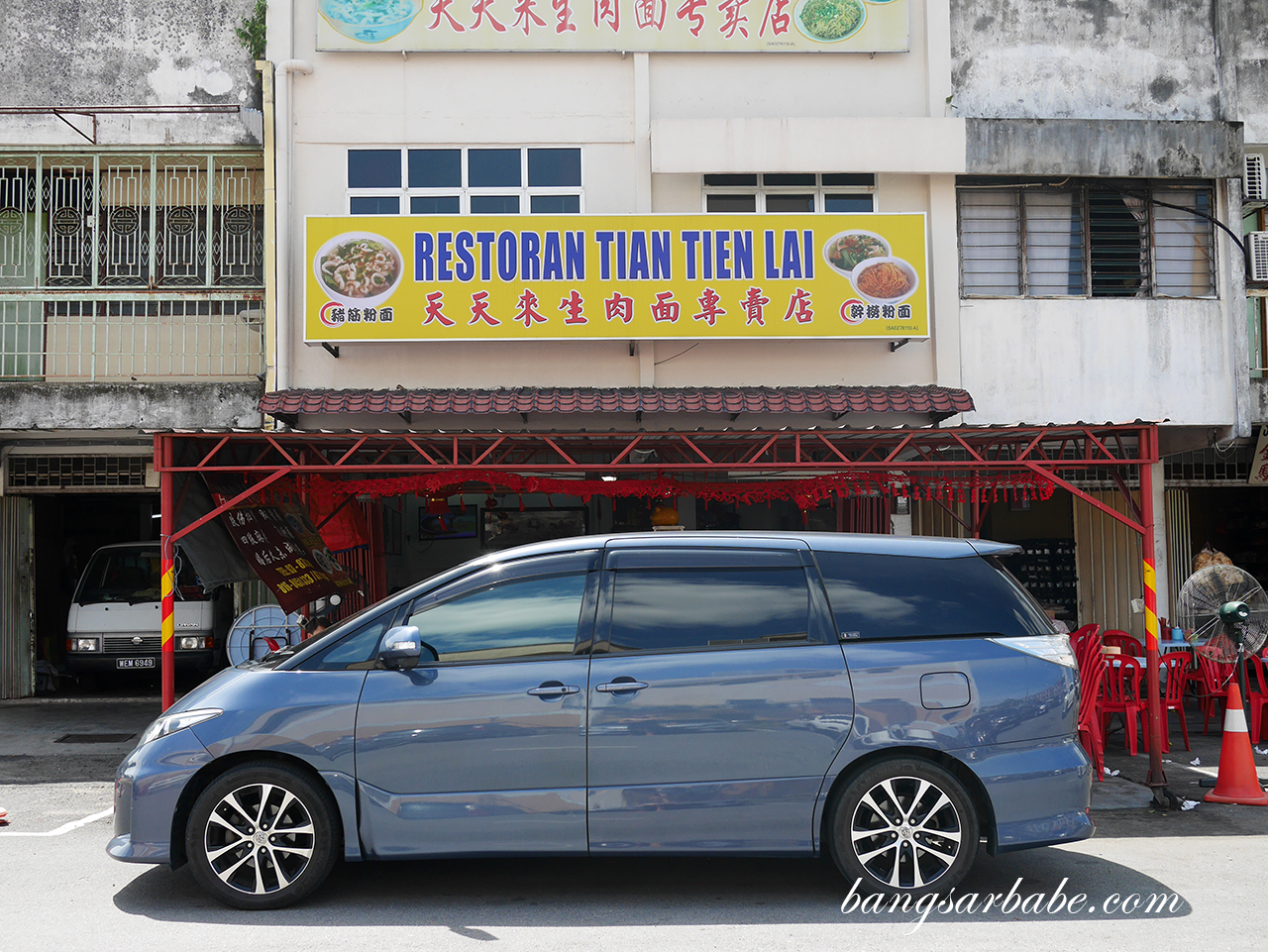