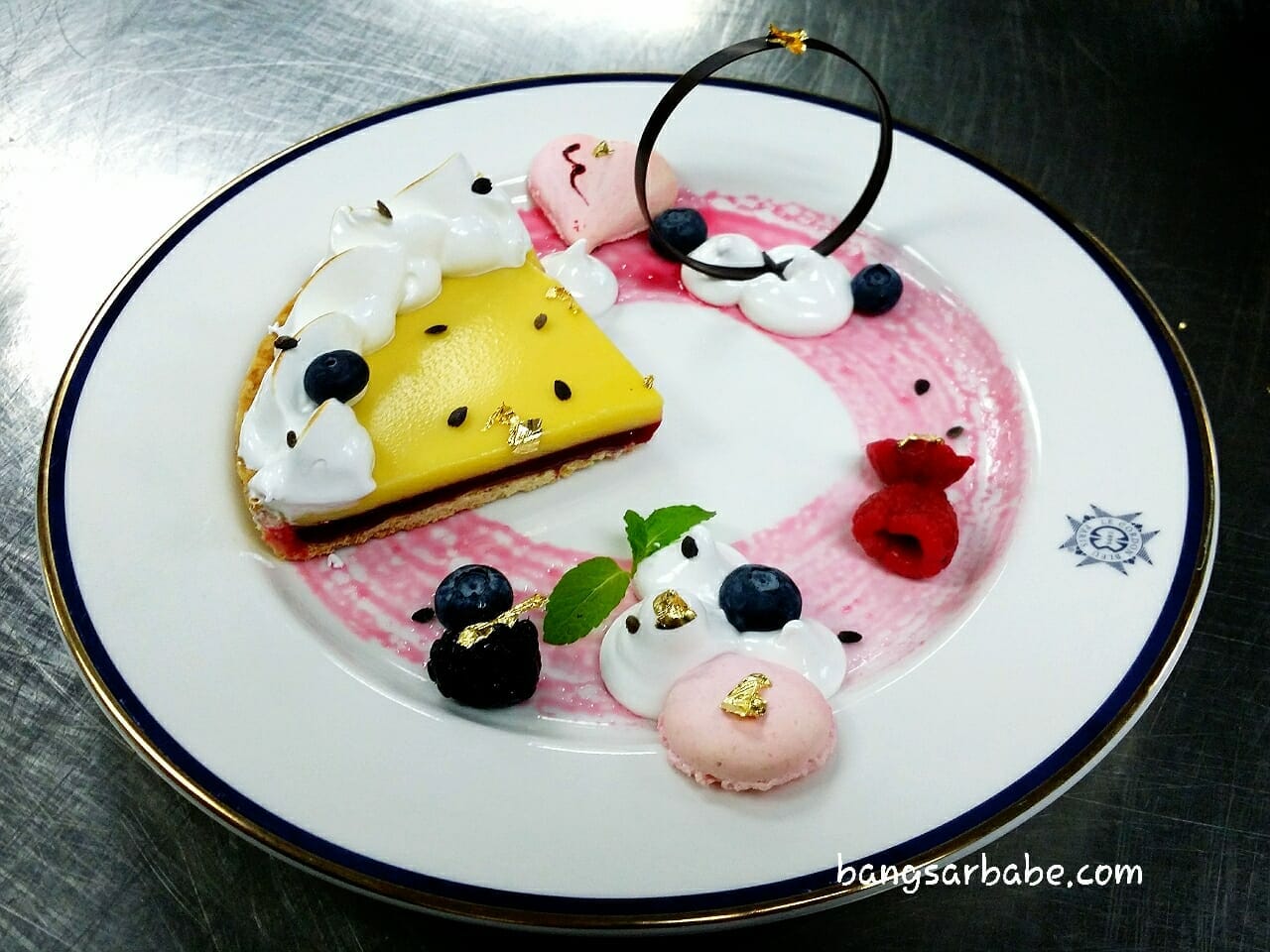 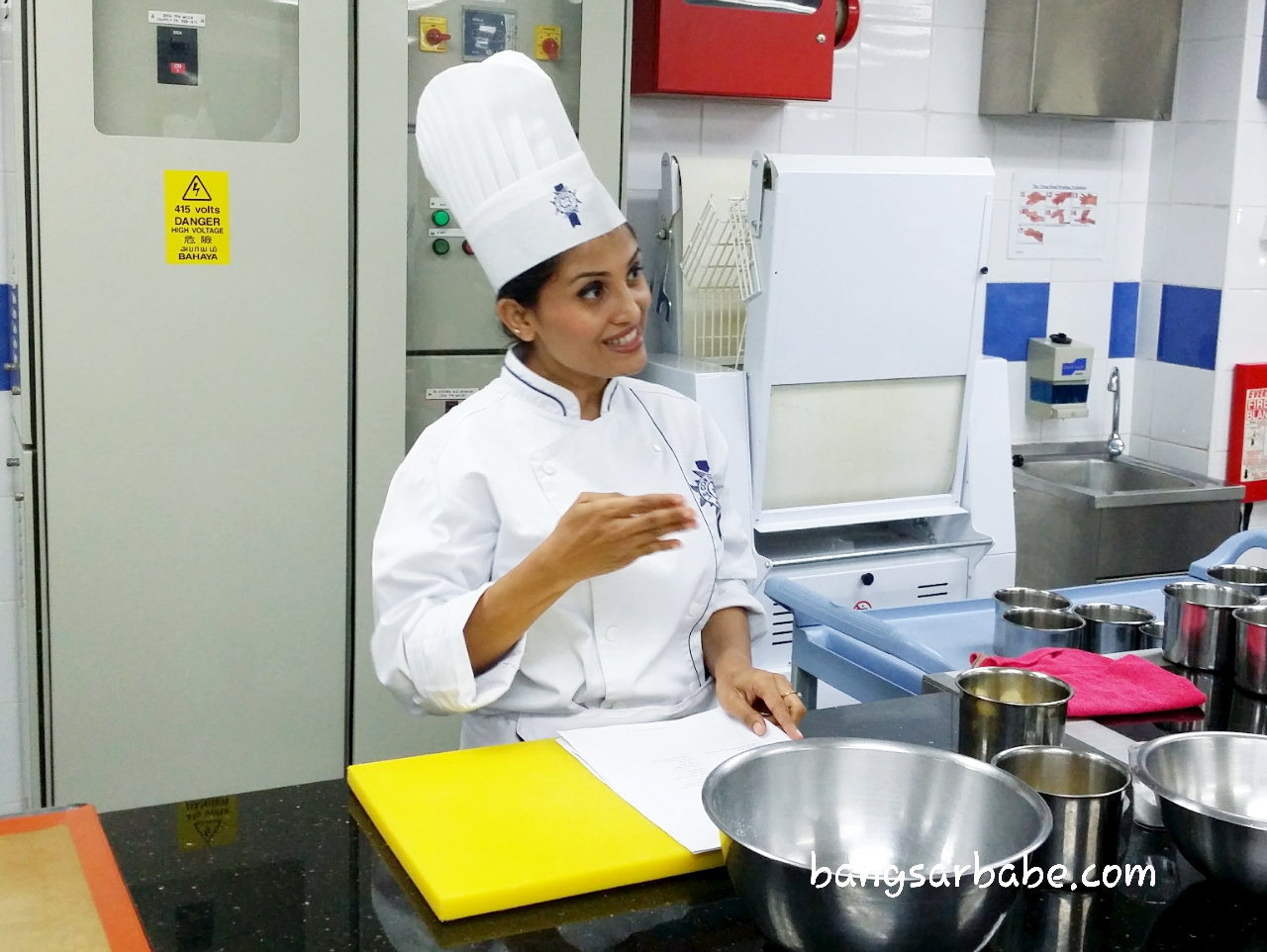 Taking shortcuts make up some of my shortcomings when it comes to cooking. I’m never one to accurately follow recipes and I shy away from recipes that require you to “beat egg whites till stiff peak”. That’s just too much work for me. I’m also one who would rather buy a slice of pie than attempt to make one, until recently, because banoffee pie got too expensive for me to indulge twice a week. :lol: 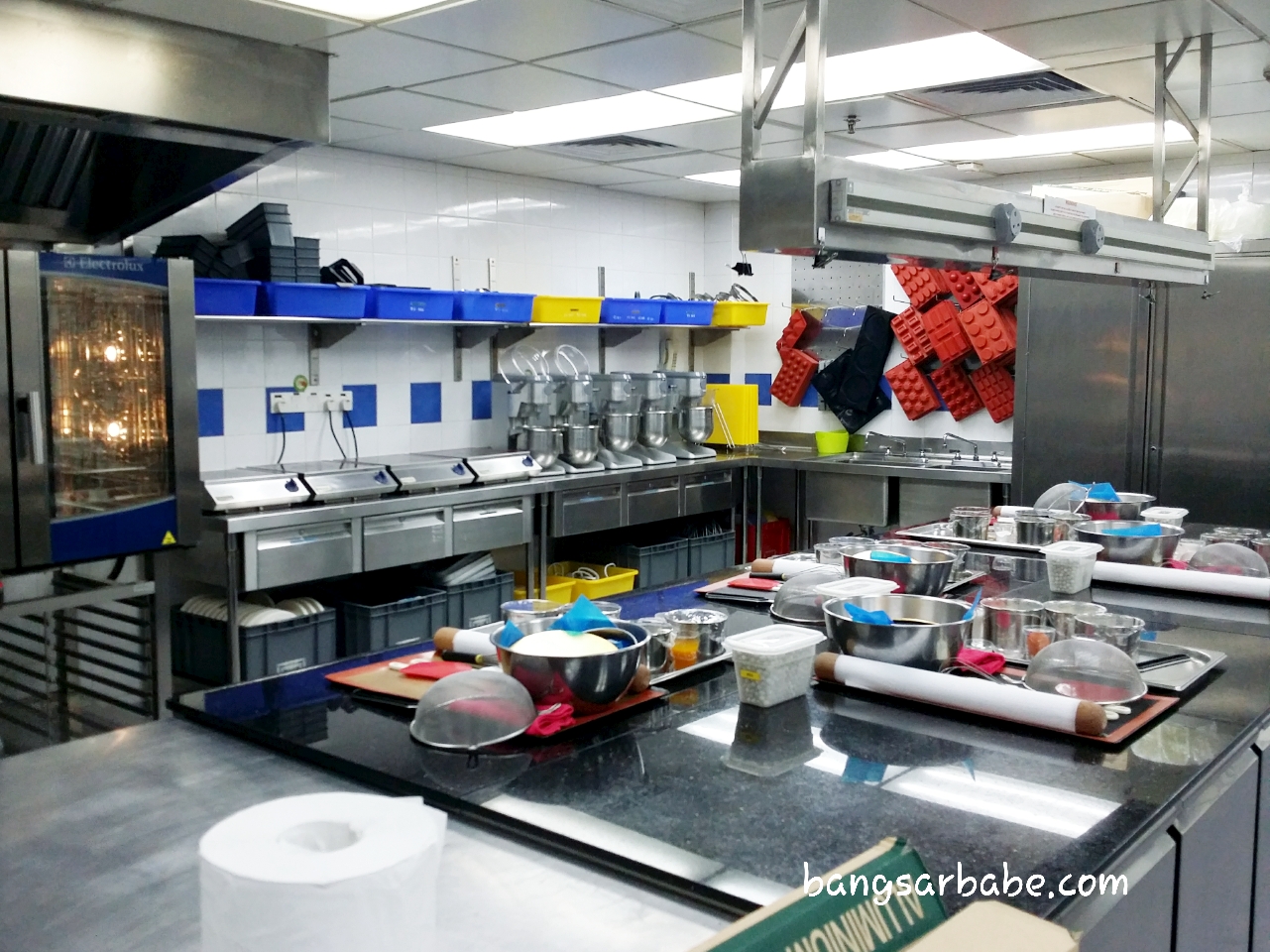 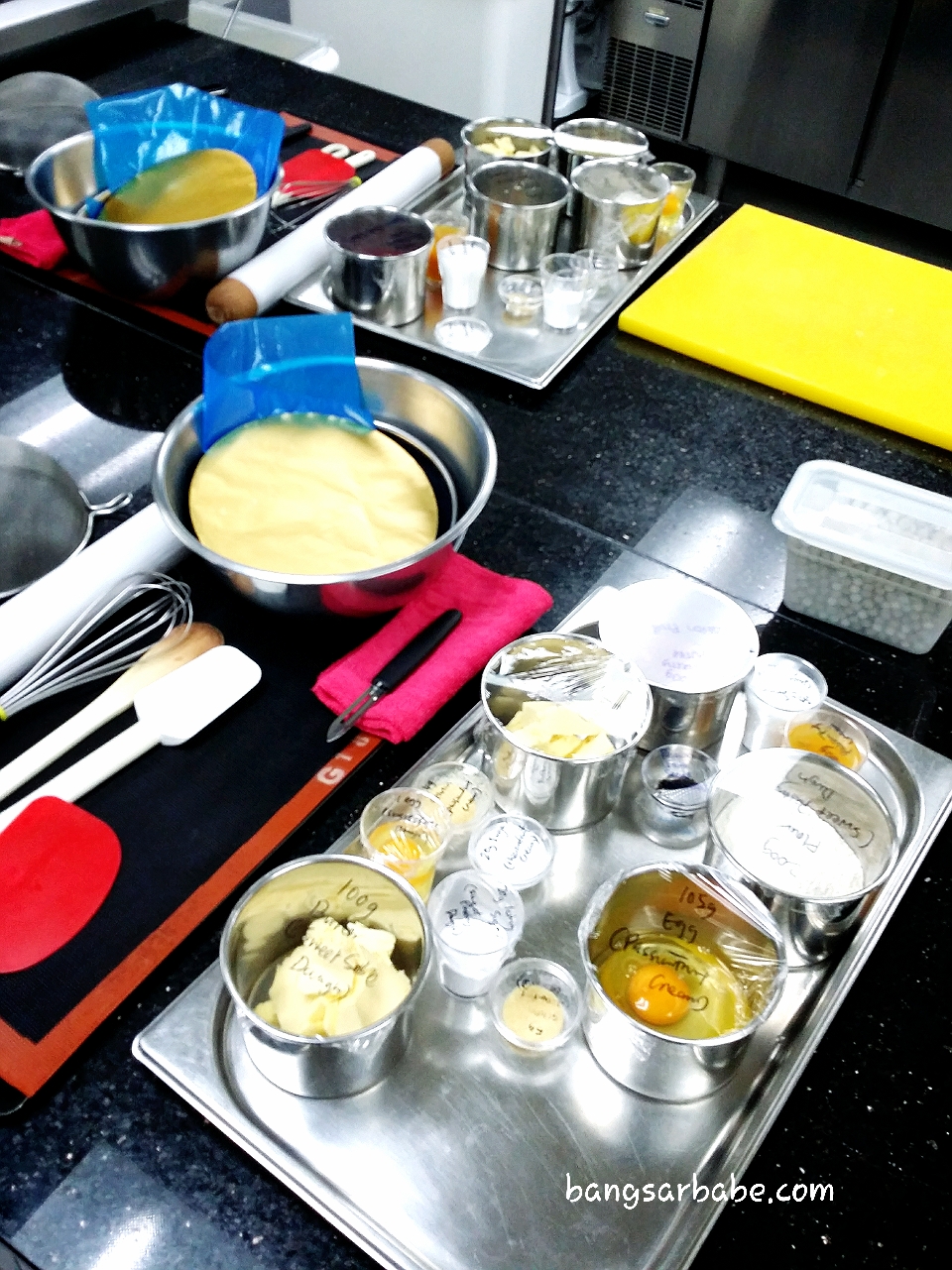 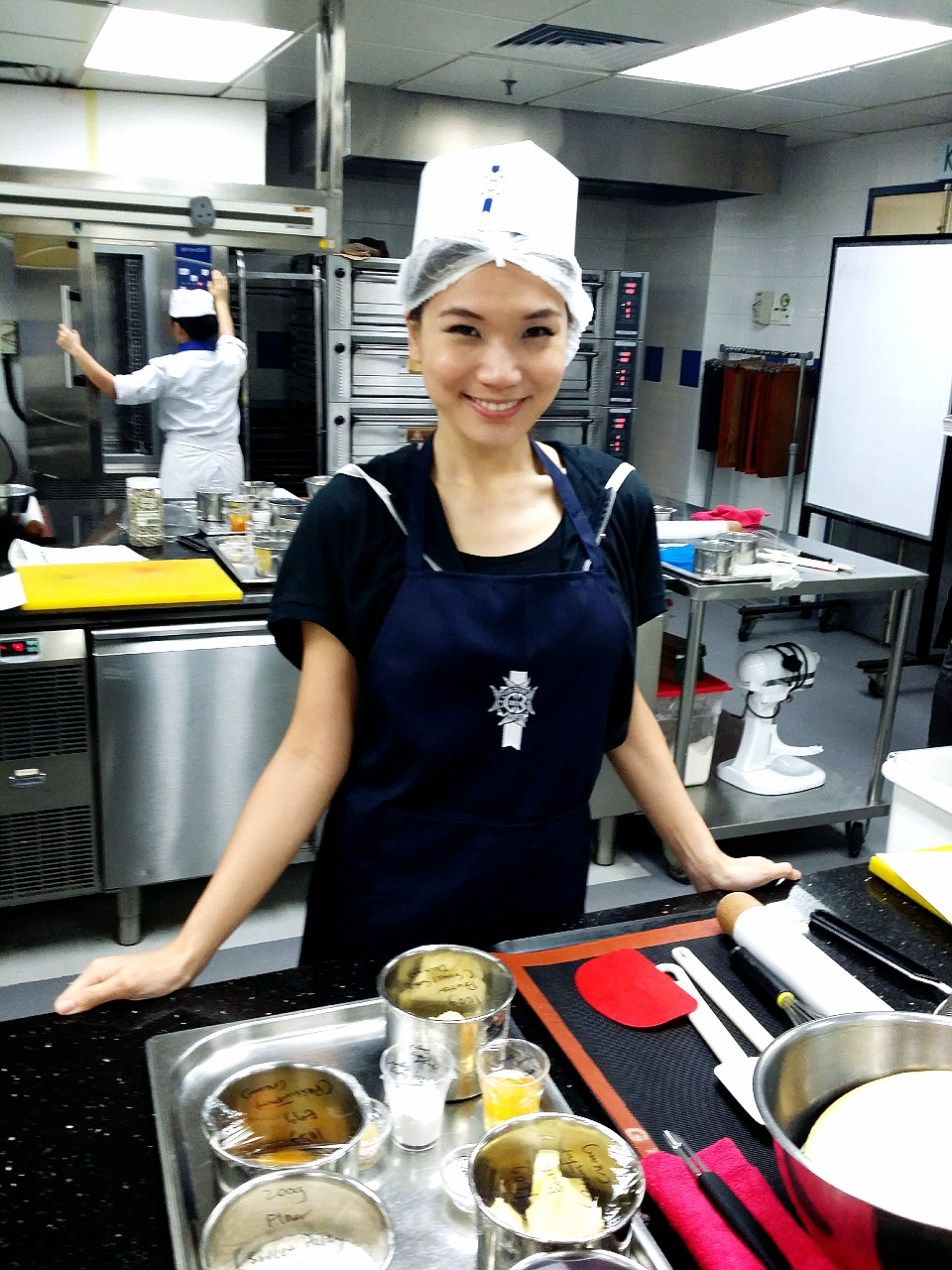 Student for the day

When a slot at Le Cordon Bleu’s Keep Calm Workshop opened up, I decided to see what the fuss was all about. I missed the first day of class because I was down with high fever and flu, but recovered enough to attend the second half of the class where I attempted a passionfruit raspberry tart – guided by Sapna Anand. 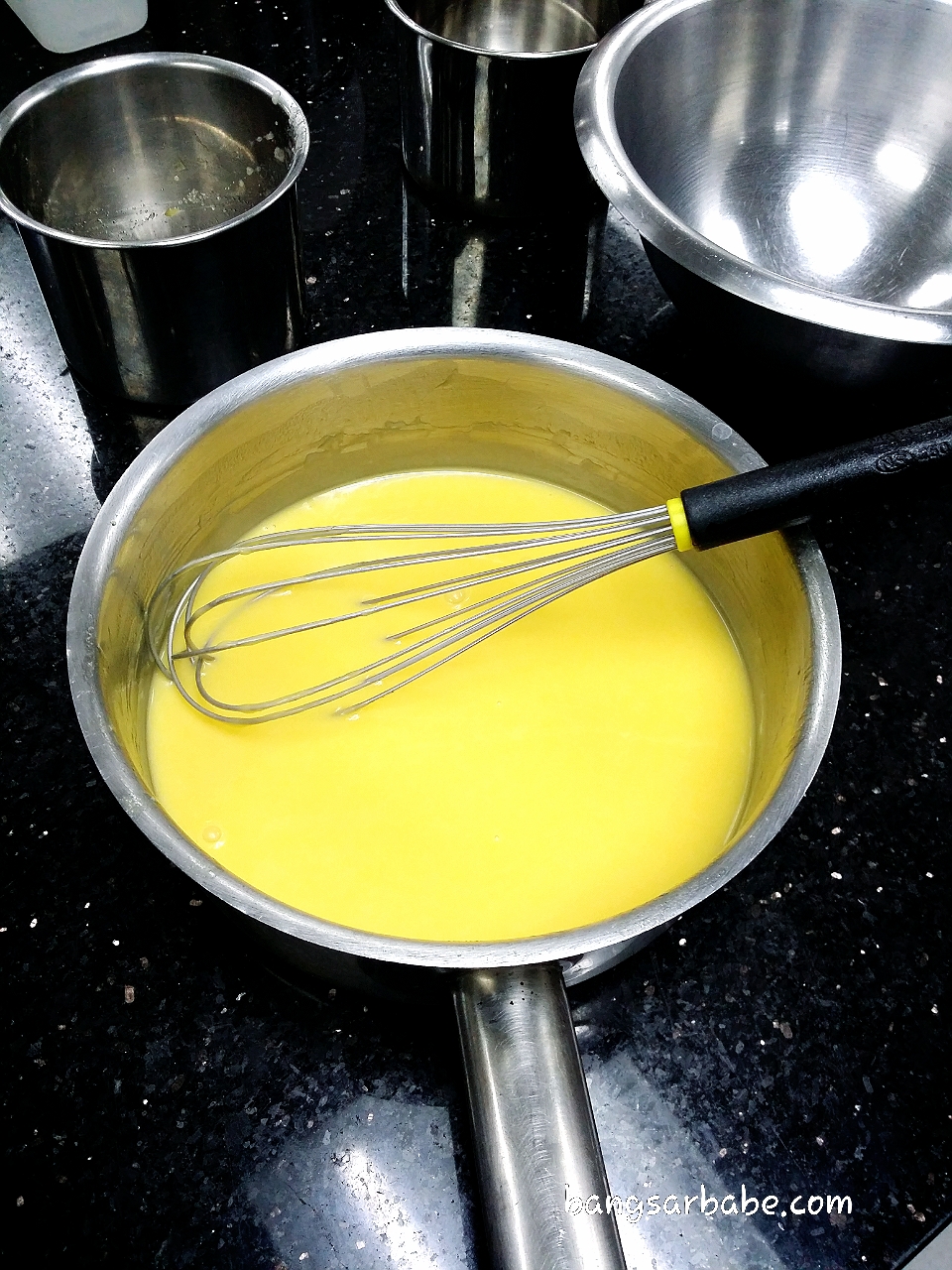 You’re basically given the recipe but no instructions whatsoever – Le Cordon Bleu students are expected to pay attention in class and take down notes. Difficult if you’re easily distracted, like me. But I persevered and ended up with an almost perfect tart. At least I would like to think so, after slaving away in the kitchen for 4 hours. 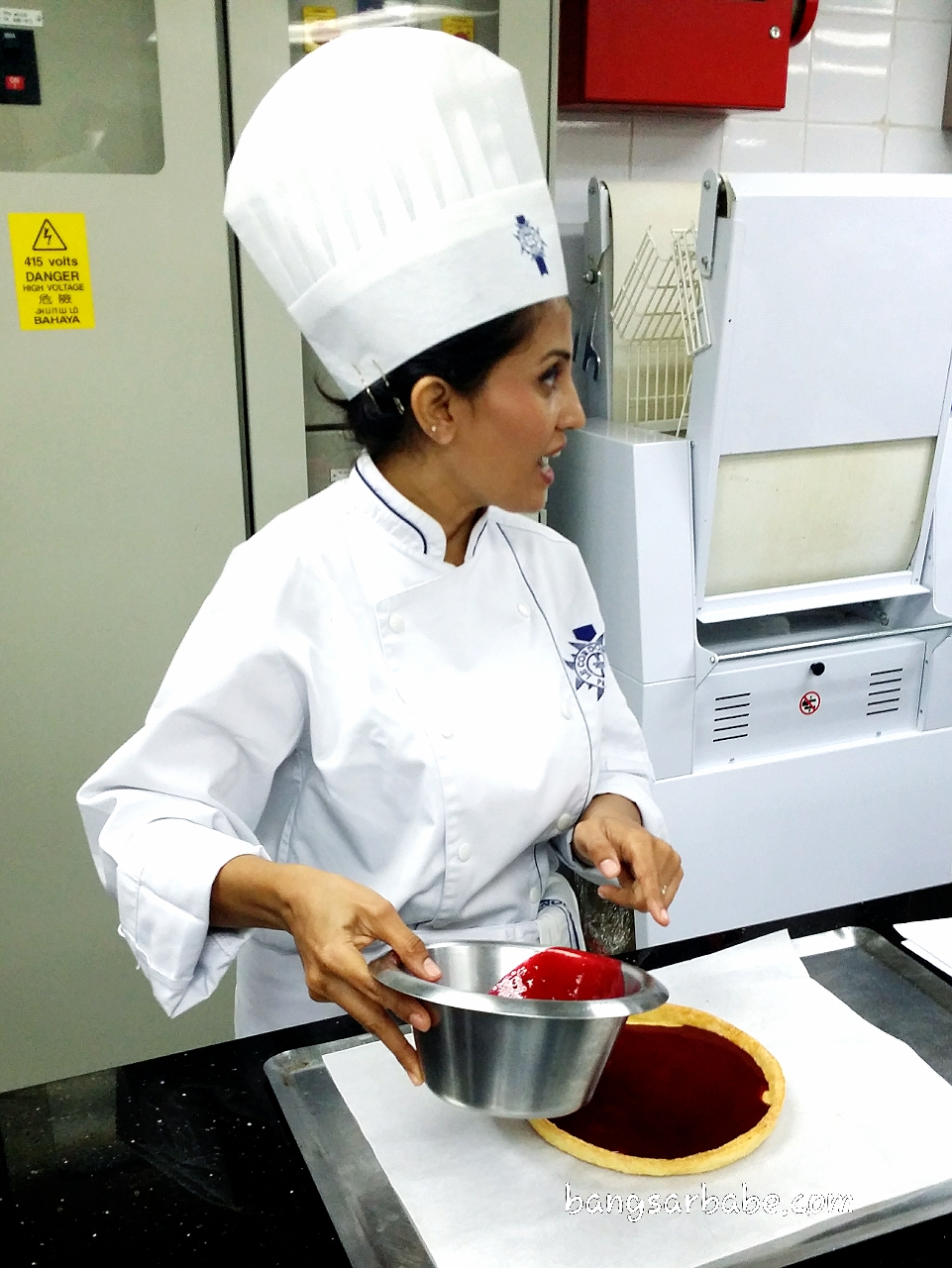 Sapna, showing us how much raspberry to add into the tart 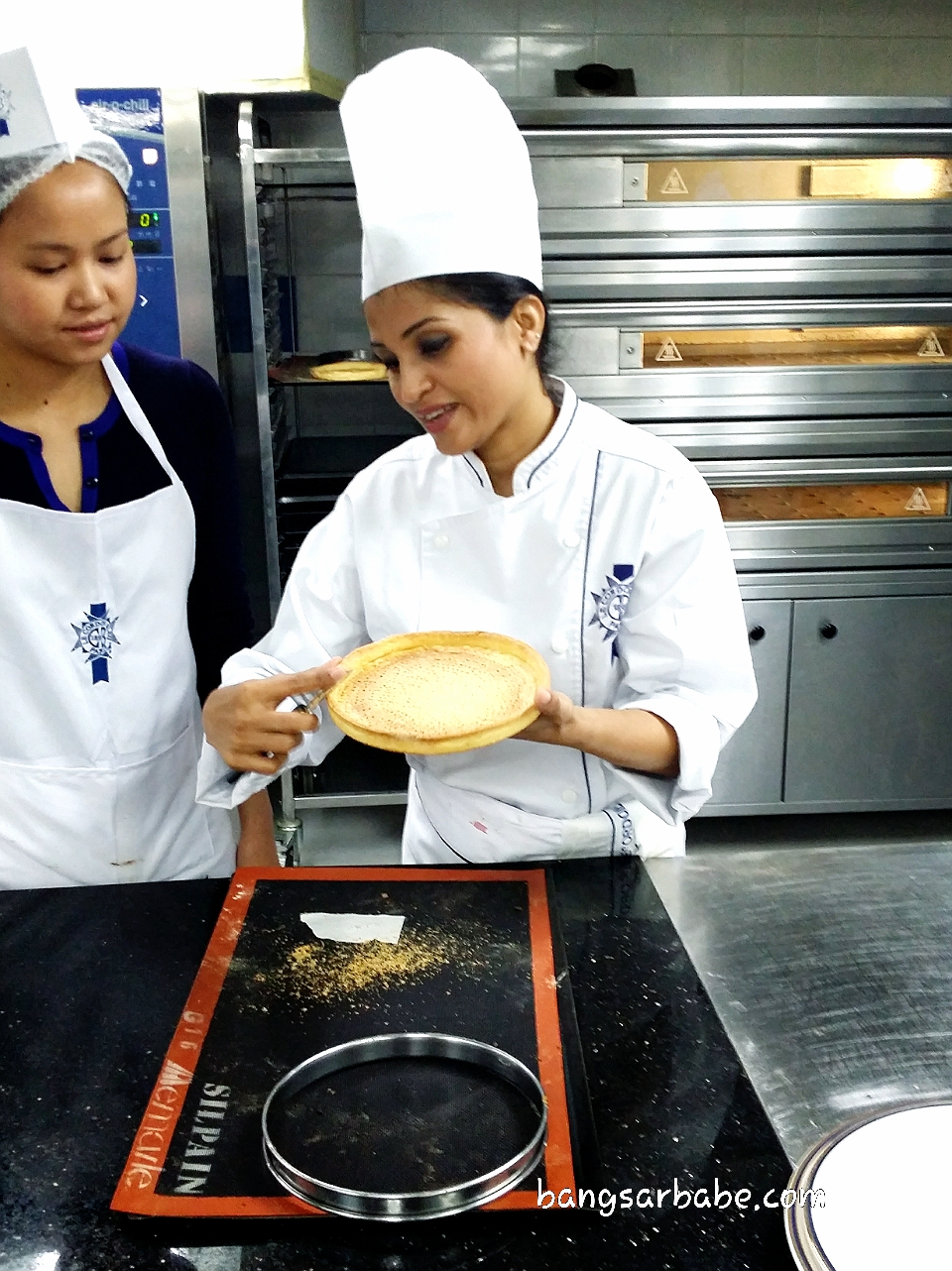 Evening out the crust

Making the passionfruit gelatin was tricky, and the meringue required “beating till light and stiff”. Good thing Le Cordon Bleu has awesome equipment. Else I’d be dead tired using a hand mixer! Managed to pipe the tart properly using a simple “beads” technique and finished it off with a blow torch. #callmenigella :D 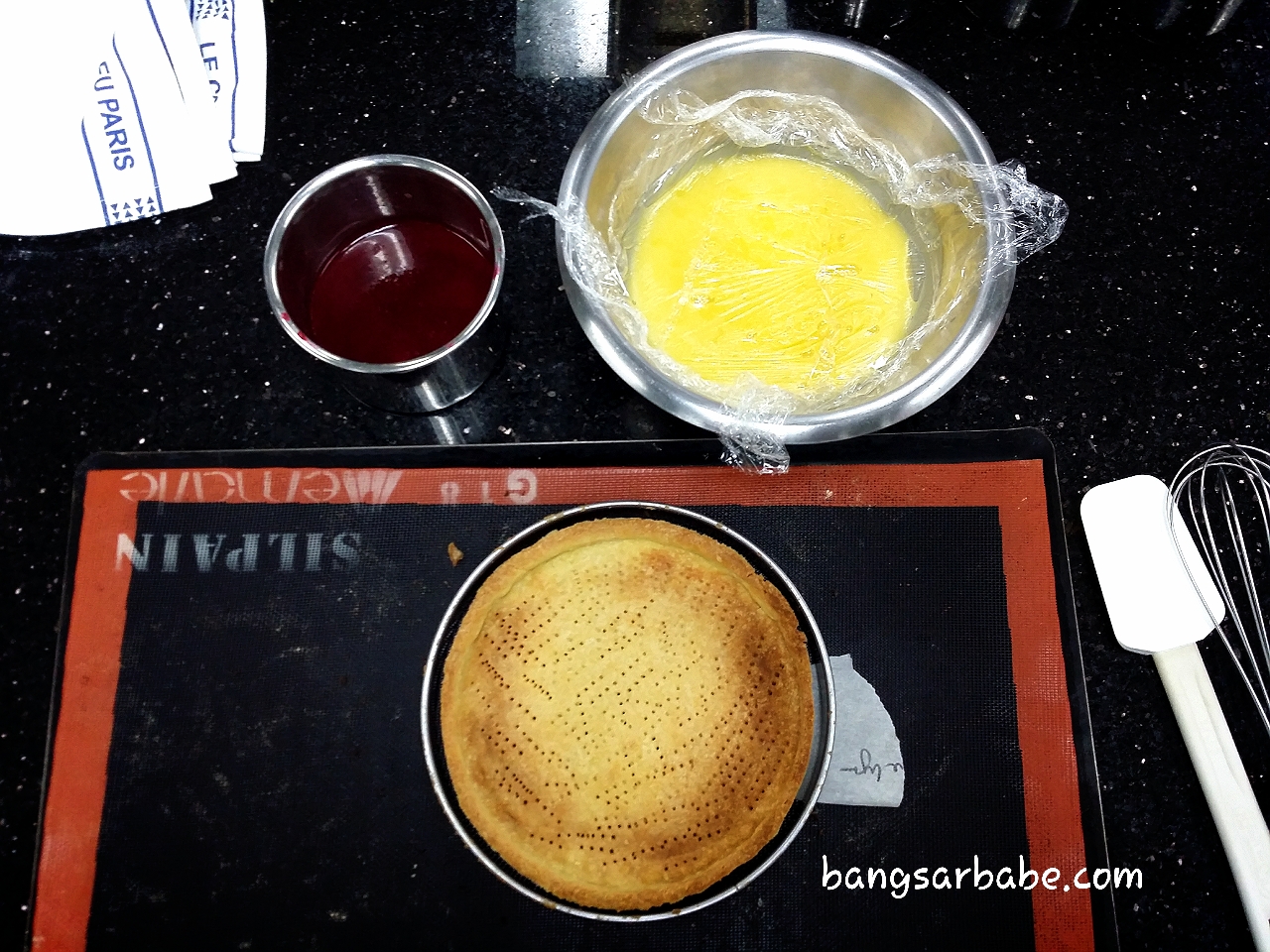 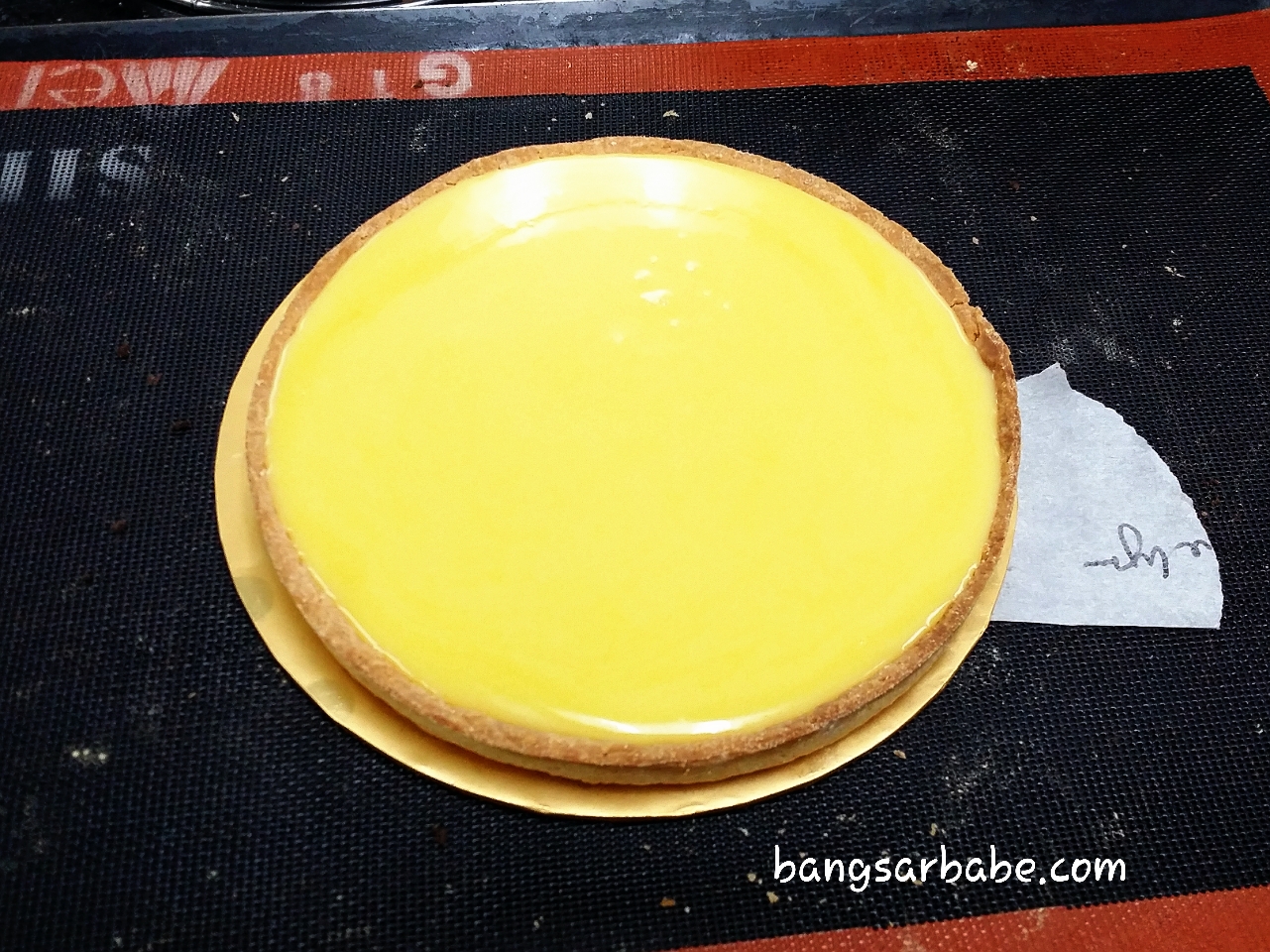 Anyway, the tart was delicious. The pastry crust was pretty darn good, if I may say so myself. Thanks to Sapna’s guidance (and a lot of her patience), I was able to follow the steps properly and rather enjoyed the process. But at the end of the lazy, I’m still a lazy bugger and if you were to ask me to choose between making a tart or buying one, I would pick the latter. 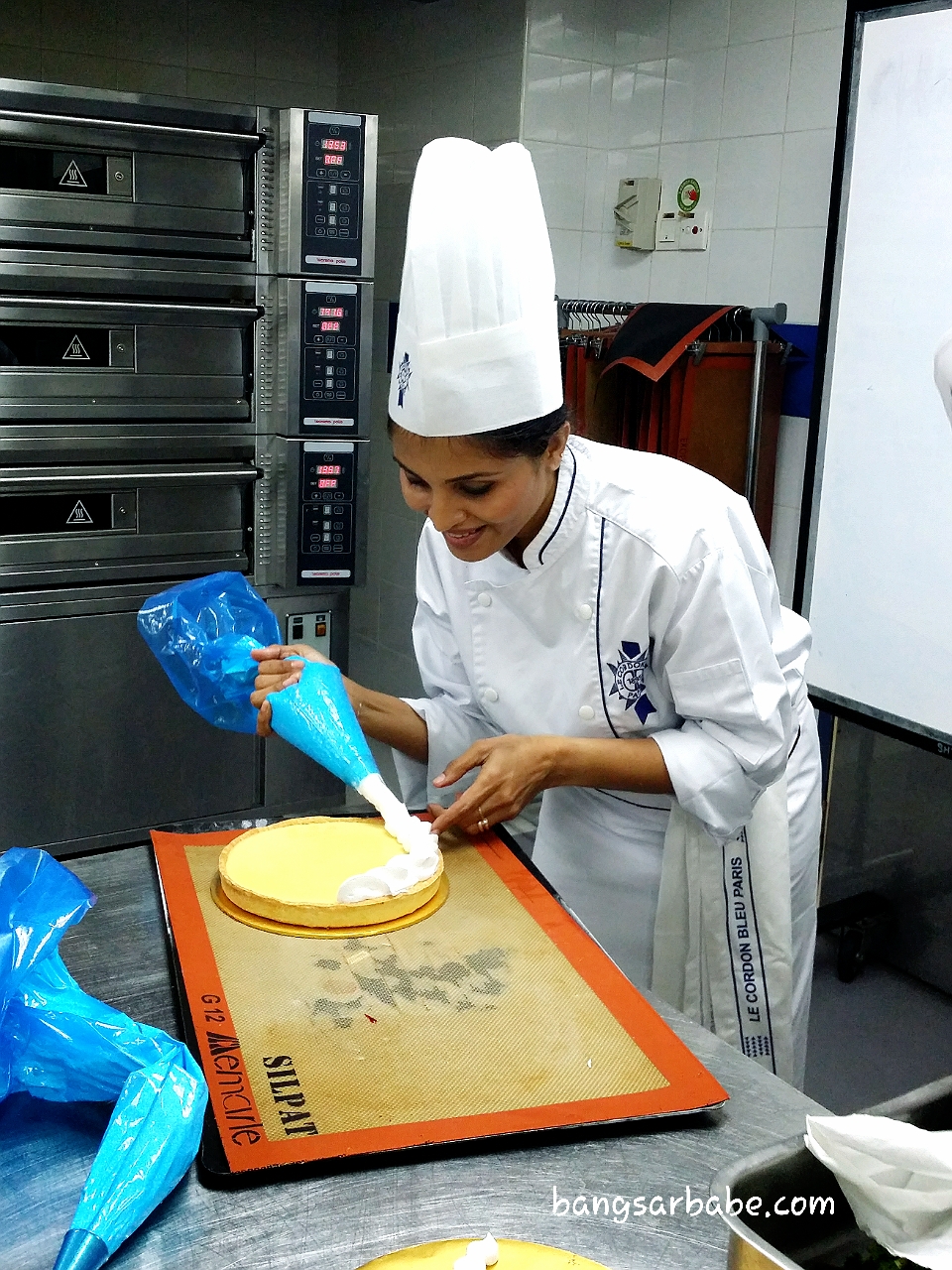 Showing us how to pipe the meringue 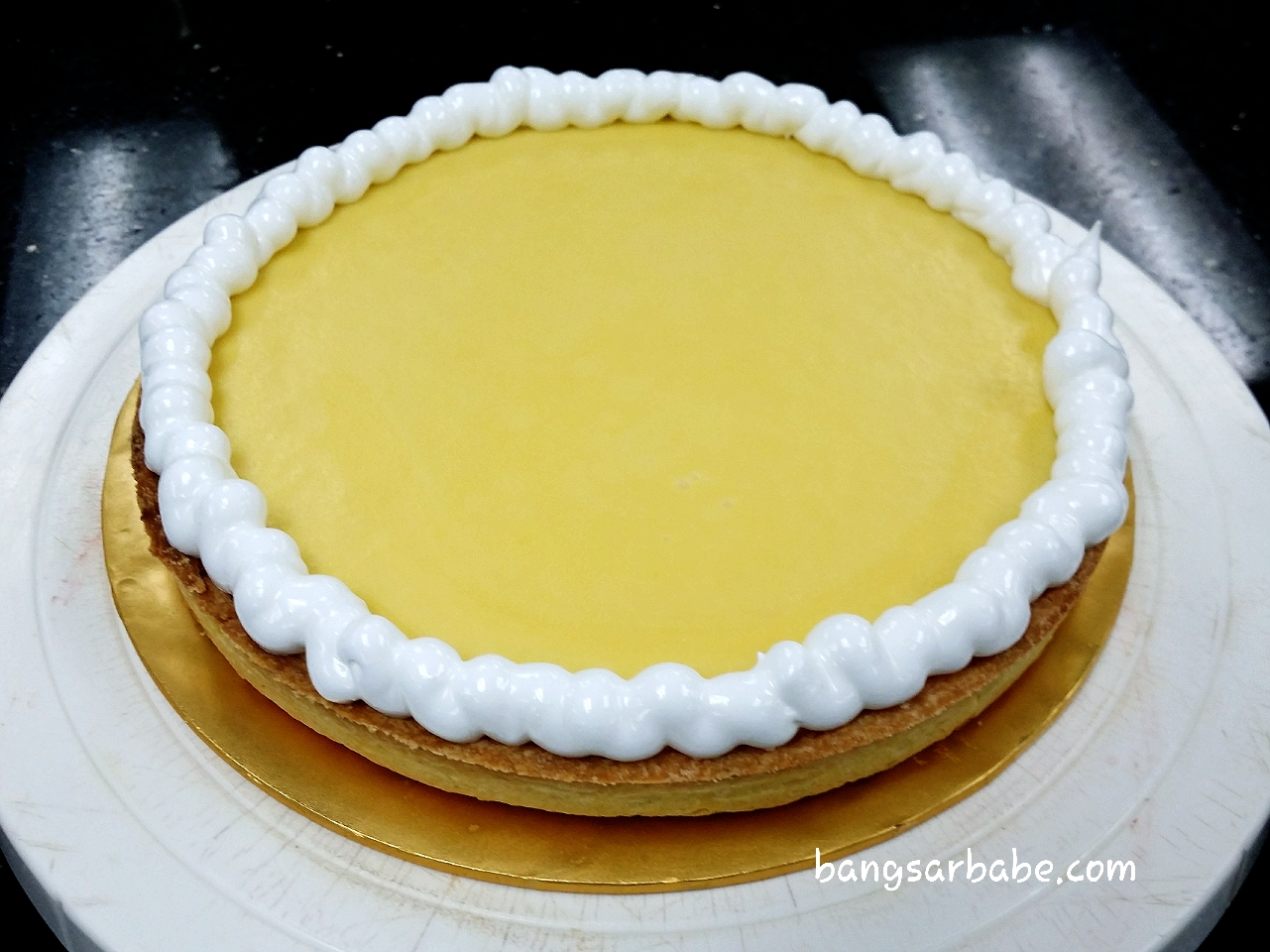 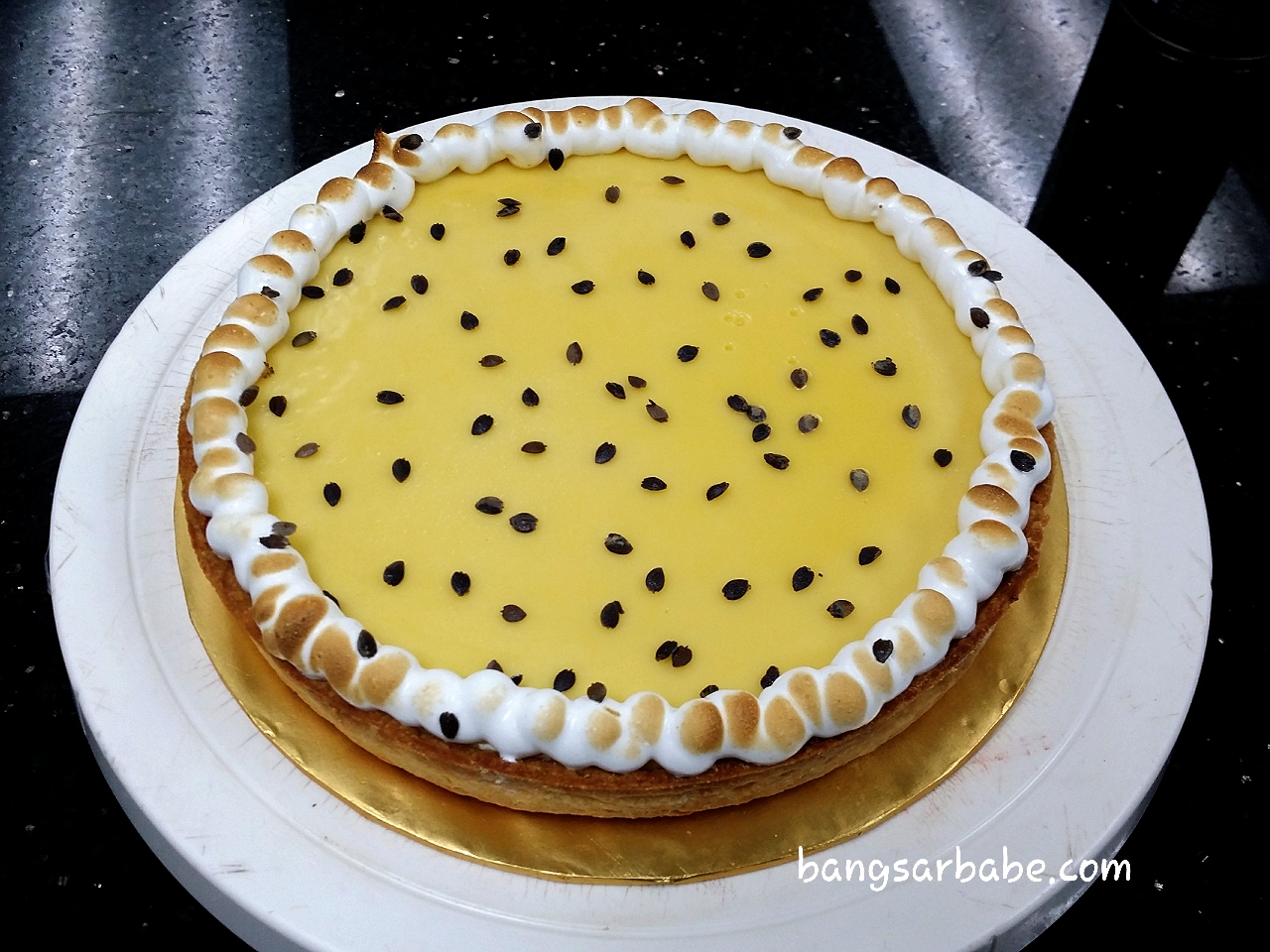 Topped with passionfruit seed with a kiss of blowtorch. Voila!

But…now I know I actually can make a tart, and eat it too. Hahaha! Thank you Le Cordon Bleu Malaysia, for the opportunity. And thank you Sapna Anand, for being so patient with this noob. :) I went home with a yummy tart and a Le Cordon Bleu apron to show off in my kitchen lol. 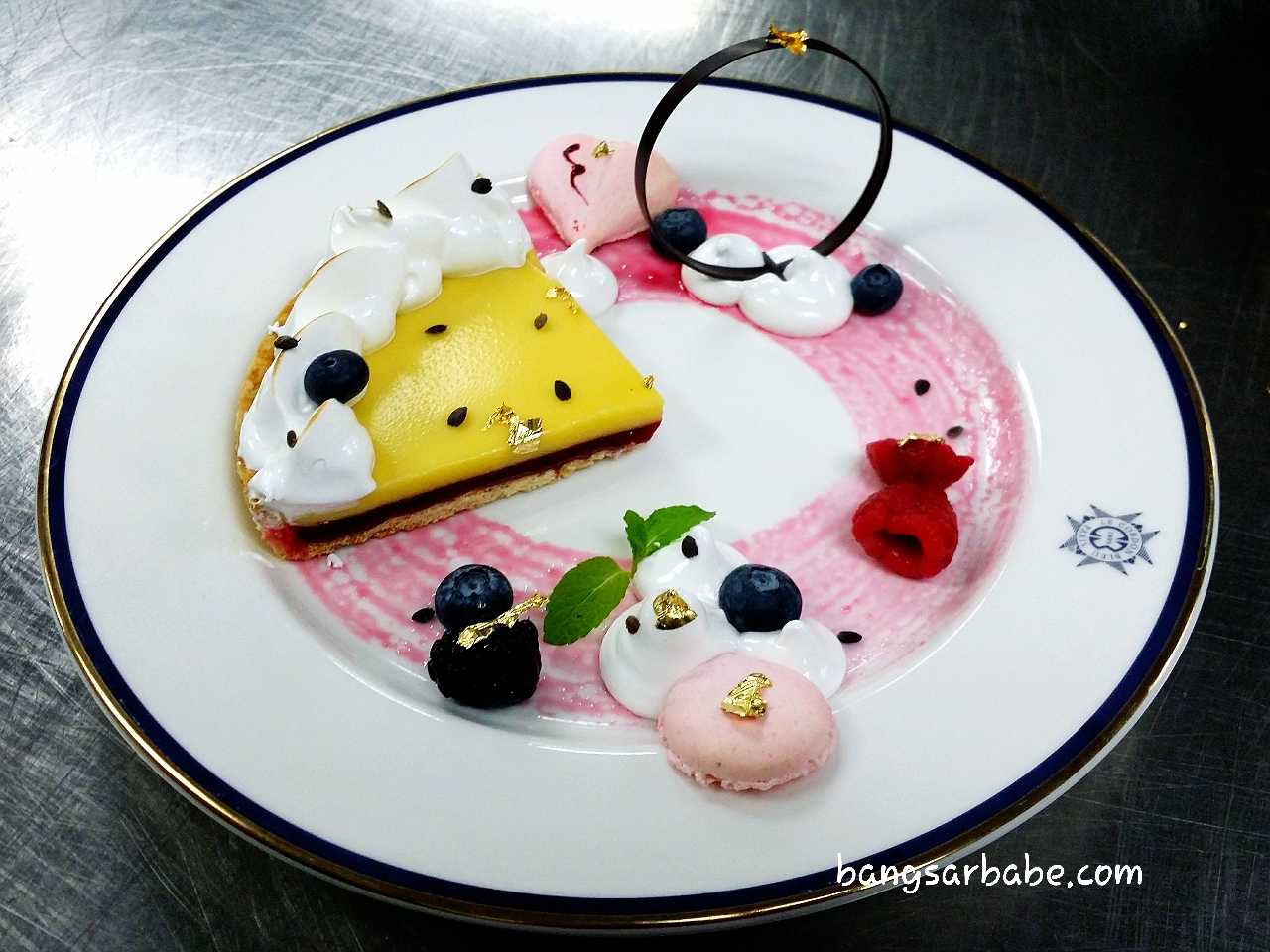 If you’re interested, Le Cordon Bleu is launching a weekend cuisine class that runs every Saturday for 18 weeks (5 months). Class will commence in April 2015. Download the registration form here if you’re keen.