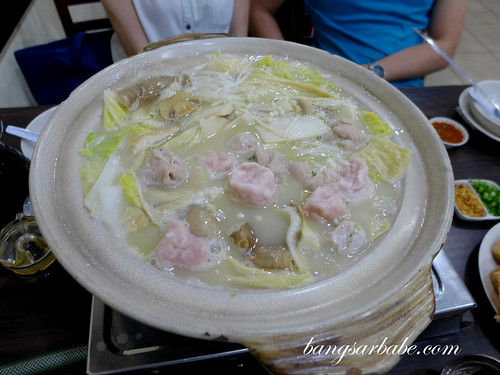 Steamboat (also known as hotpot to some) is best consumed when the weather is chilly and is especially tasty during winter. Hot pot is to Chinese, what fondue is to French – a happy and satisfying ritual that can last for hours. If I were to invite you to one of my homemade steamboat party, expect to stay for at least 4 hours. ;) 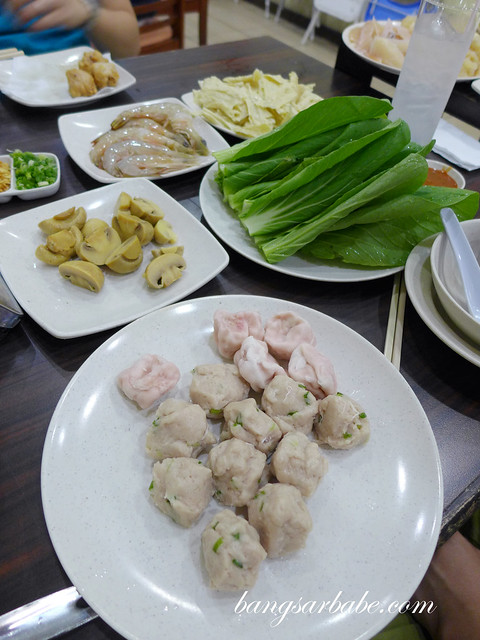 Part of the set we ordered 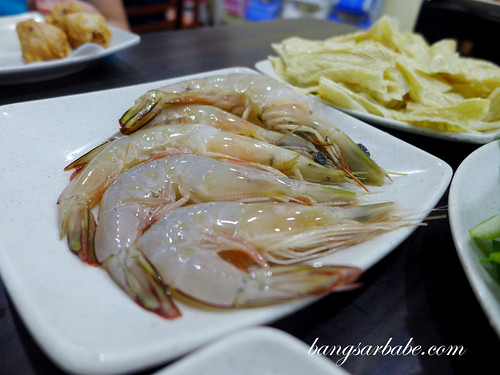 When we were in Penang recently, rif and I tried Sawara Restaurant in Jalan Burma, said to be famous for its fish based steamboat broth and special yong tau fu made from mackerel fish. The restaurant gets crowded by 7.30pm and seeing how a steamboat session can last for hours, making a reservation would be wise. 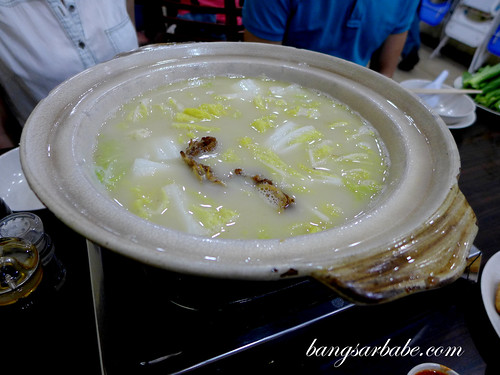 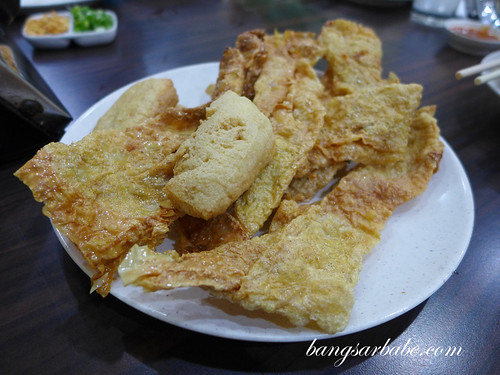 The soup was tasty from the addition of fish bones and flesh, further sweetened by the seafood and vegetables available. We ordered a set, which came with cuttlefish, fish slices, prawns and assorted fish balls. Fried beancurd, mushrooms and vegetables were also part of our set, which was good for 4 people. 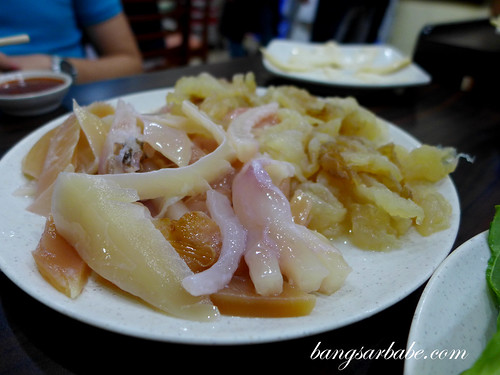 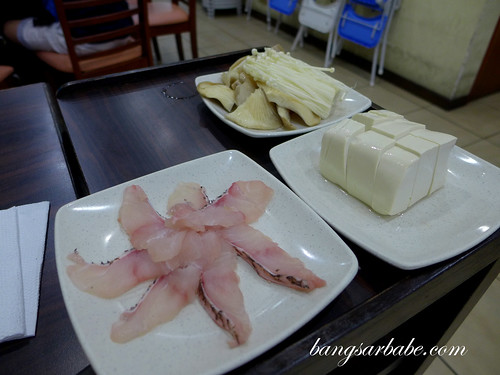 As we progressed, the broth became richer and more flavourful – perfect for adding noodles and egg. The fried garlic bits and scallion gave texture and flavour to the meal; and the chilli sauce provided was quite addictive. We ate till our heart’s content. If I’m not mistaken, the bill came up to about RM130 for 4 pax. 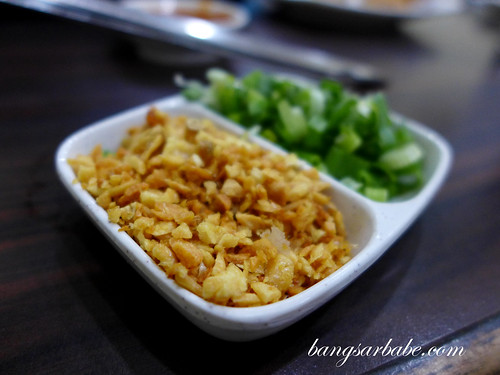 Pretty reasonable for a meal such as the above. If only it wasn’t so hot in Penang; I wouldn’t mind having this several times a week. 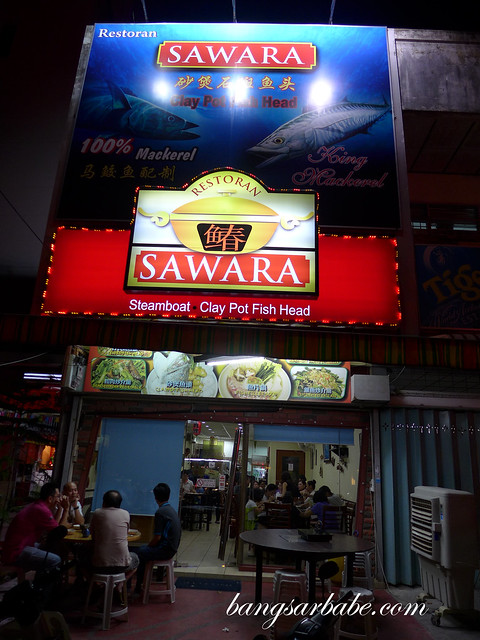