My parents and I have very different taste when it comes to fish head noodle. They like theirs sans milk while I love mine as milky as possible, with extra tomatoes and salted vegetables. I like my fish fried while they want it poached. Good thing the noodles come in individual servings – because I wouldn’t want to eat theirs. 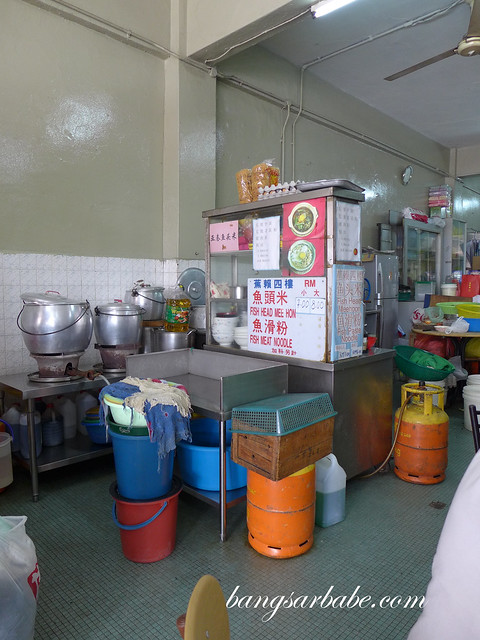 Over the weekend, I discovered this coffeeshop that serves good fish head noodles along Old Klang Road and thought the noodles are tastier than the ones I tried at Woo Pin and XO Fish Head Noodles. It was rif who told me about it, after having lunch there with his colleagues. For someone who isn’t a fan of fish head noodles, he liked it too. 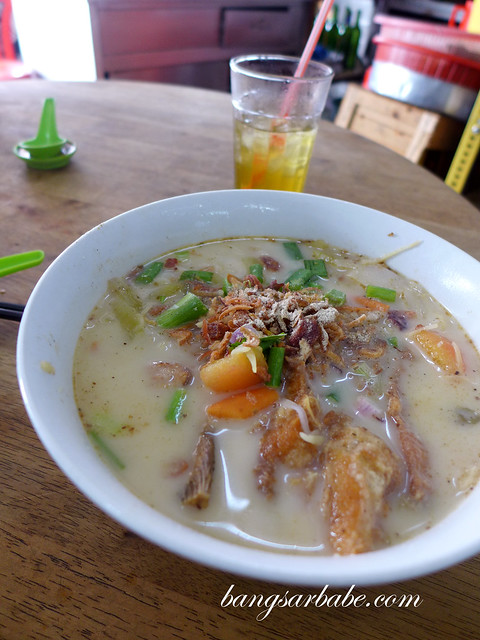 Generous portion. This is a ‘small’ bowl!

Portion is generous here. A small bowl (RM7) is equivalent to a large and the large bowl (RM8) was well, enormous. I discovered that when I ordered the latter. Problem with a large bowl is…you don’t get as much soup. :( 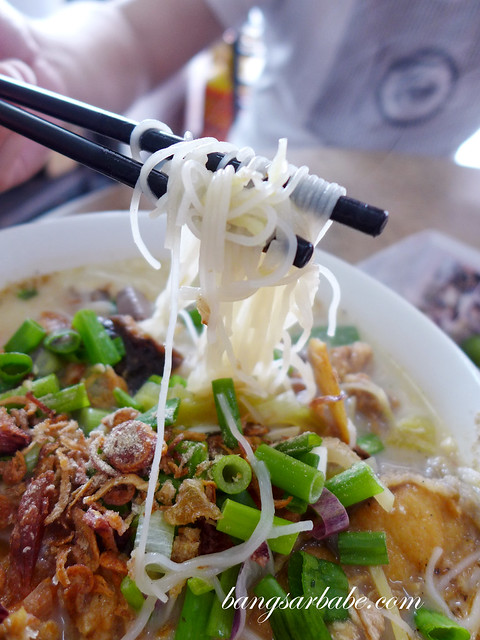 And you would wish they gave you more soup. Because it’s tasty! The broth was milky and flavourful from the fish bones and additional seasoning (I suspect MSG). The uncle also threw in plenty of salted vegetables and tomatoes, and you get half a lime to squeeze into your noodles for that burst of tang. 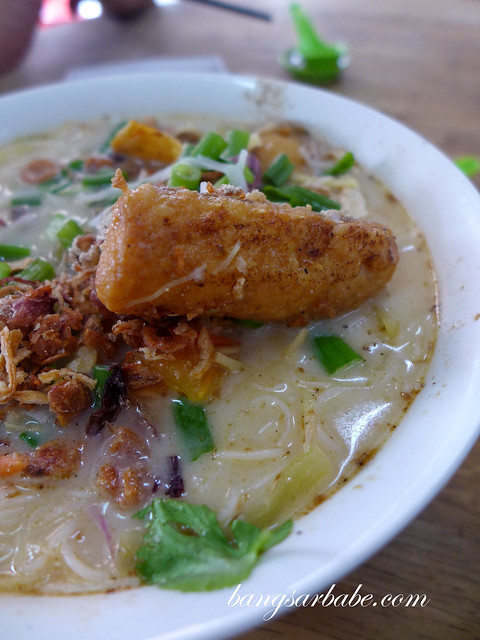 The only annoying part was eating the fish because there were so many bones it wasn’t funny. It was tasty but too much of a hassle to eat. That is why I sometimes go for fish paste, not because it’s nicer but because I’m too lazy to pick out bones. :D 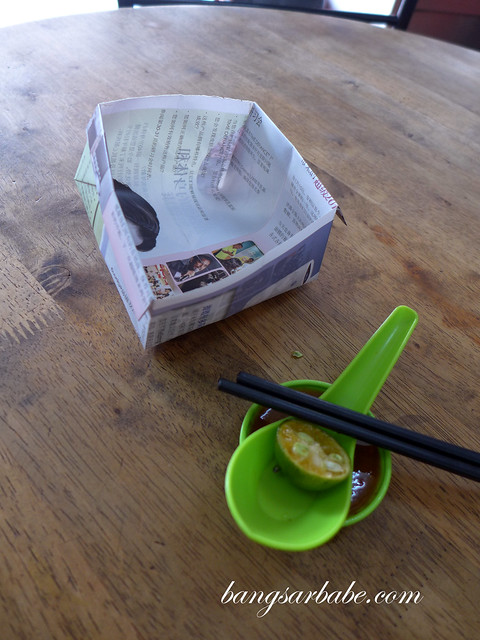 Lime for extra tang and paper basket to dispose of the fish bones :)

This is currently my favourite pick for fish head noodles around the area but note that the coffeeshop is small and stuffy. Not a good idea to go there when you’re fully suited. 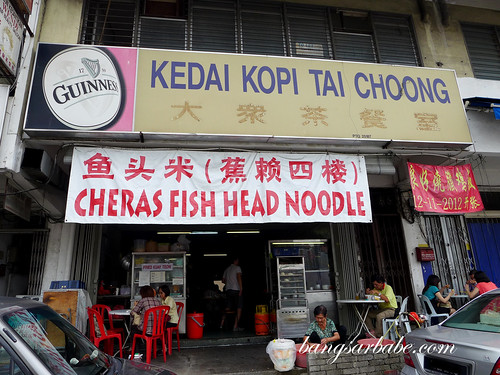