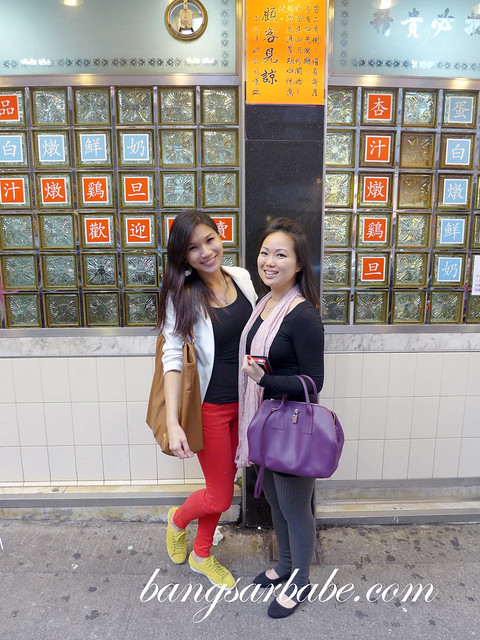 Met up with Mei who became our food tour guide in Hong Kong (thank you!!), and she took rif and I various food places including Australia Dairy Co. for a Hong Kong char chan teng experience. 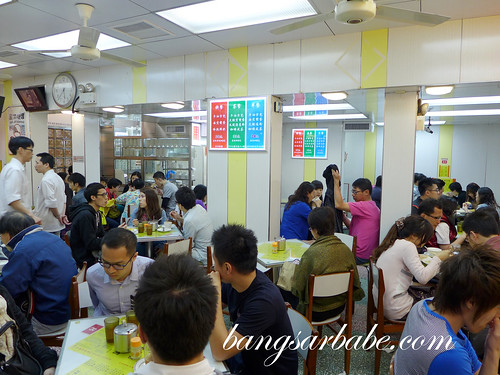 Just like Tim Ho Wan, the turnover at Australia Dairy Co. is fast and furious. So order your food, eat it, cut the chit chat and off you go. Overstay your welcome and the staff will ask you to leave; some politely and others, not so. 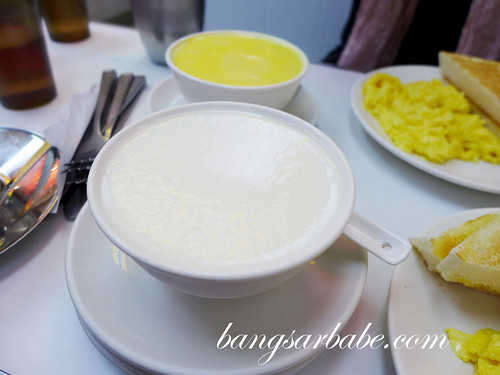 During my first visit, I had the egg white & milk custard (hot) and egg custard (cold), both silken smooth with a wobbly texture. I tried the cold milk pudding on my second visit, and found it quite good too; albeit less sweet. 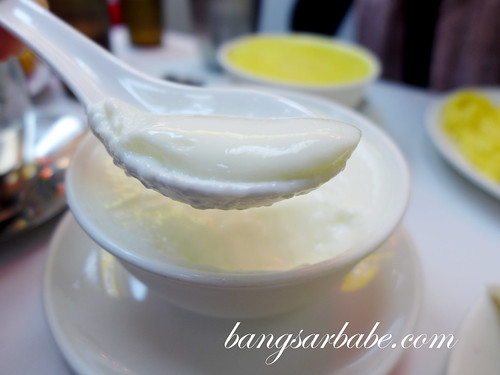 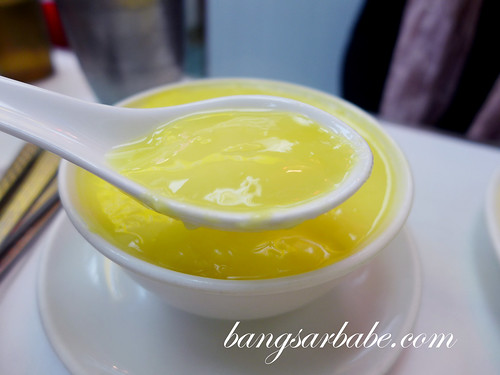 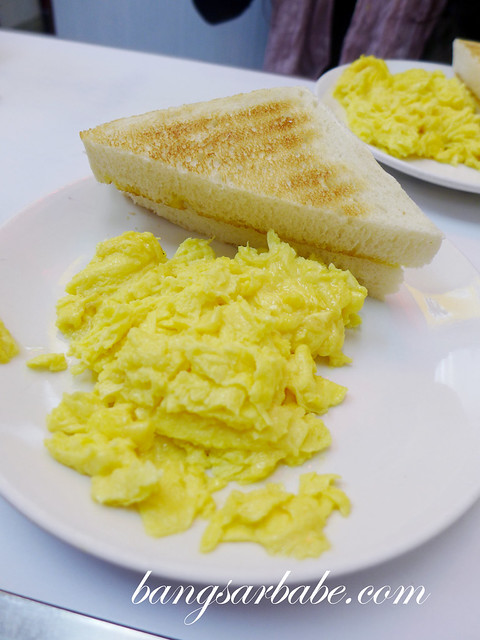 Also tasty was the scrambled egg with butter toast. The eggs were cooked with butter to give it richness and a lovely aroma. It was very well prepared – firm yet fluffy with a creamy centre. 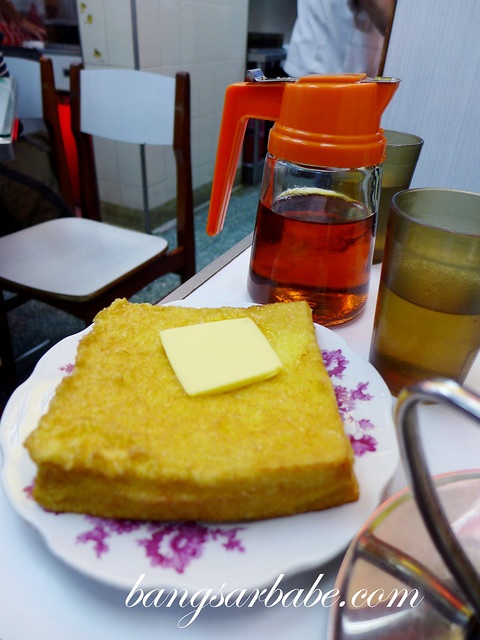 The French toast (HKD18) was also not bad. We ordered this because rif loves HK style French Toast. This paled in comparison to the scrambled egg, but was better than the ones we can find in KL. 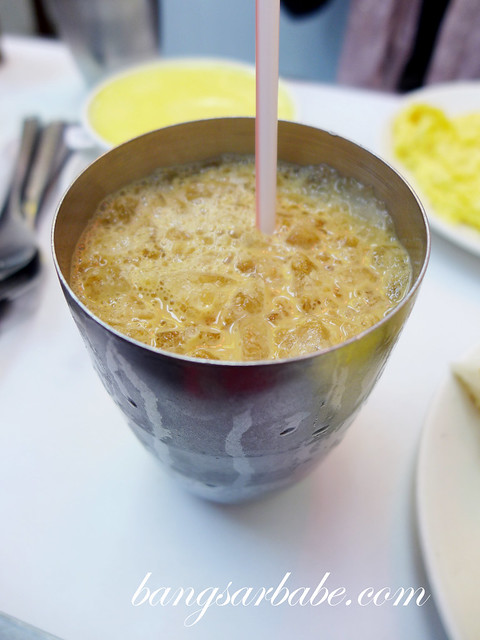 Milk tea to Hong Kong is like teh tarik to Malaysia. Only, the former is less sweet with a stronger tea flavour and a creamier aftertaste. The hot one comes without sugar, so you can add your own accordingly. I usually go without to enjoy the flavour of the tea. 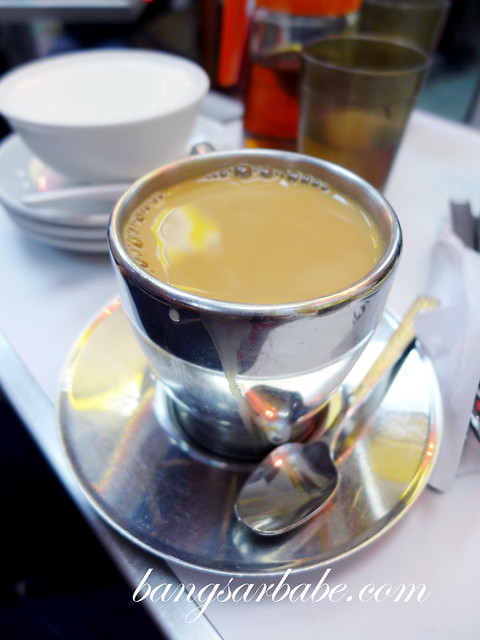 Two days later, I returned for breakfast by myself since both rif and Mei were at work. There was already a long queue when I got there before 9am but since I was dining solo, I didn’t have to wait. I was placed on a table with three strangers; all tucking into their bowl of macaroni and ham soup. 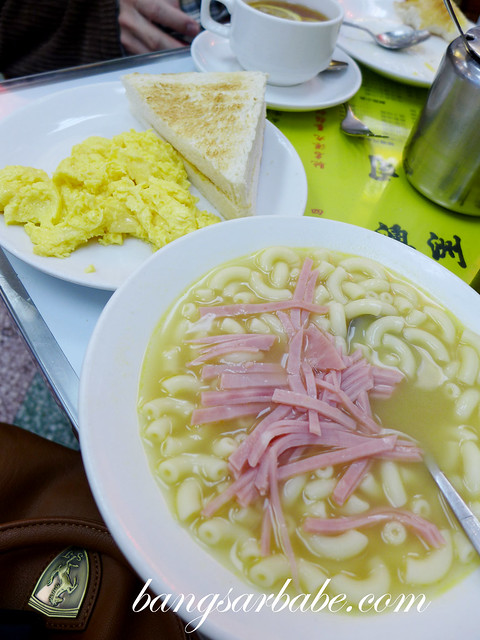 I ordered the same breakfast set as they were having – scrambled egg with butter toast, macaroni and ham soup, and milk tea – (HKD28) and added another order of egg white & milk custard (HKD23). The waiter actually paused for a few seconds when I placed my order because apparently, Hong Kong girls don’t eat much. Like the girl next to me. She only took two or three bites of the macaroni, a few mouthfuls of scrambled egg and she was done. :shock: 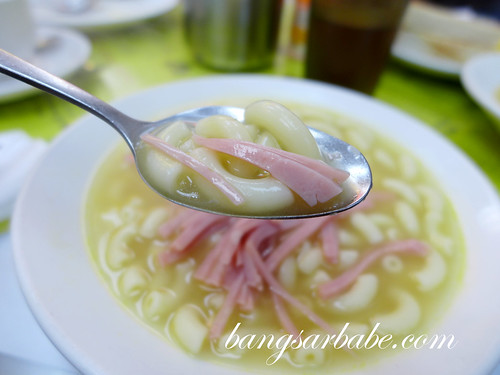 The macaroni and ham soup was nothing to shout about; I only ordered it for the sake of trying. Still, I finished everything I, including my milk pudding. And I still had stomach space for my grand lunch at Tin Lung Heen. #forevergreedy 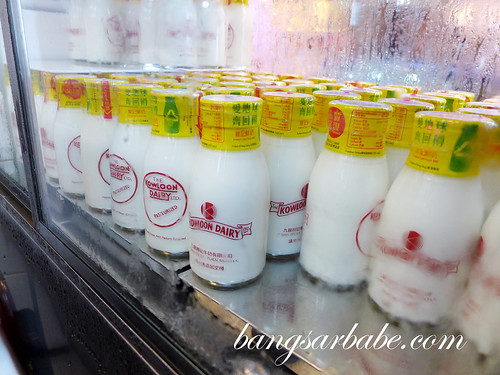 Awesome milk from Kowloon Dairy too 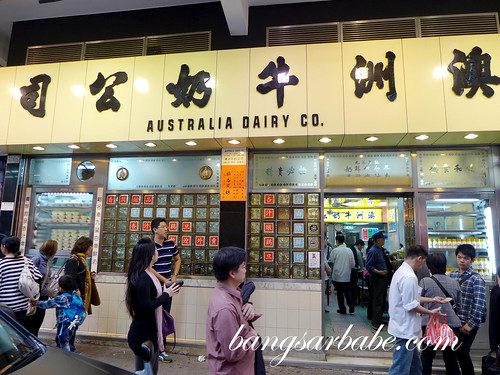