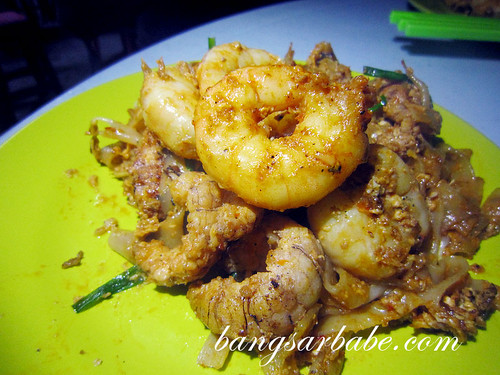 I used to think Ah Leng Char Kuay Teow only operates in the afternoon, but Ken said they also open at night. Just in a different location. The night stall is located in Air Itam and manned by Ah Leng himself. 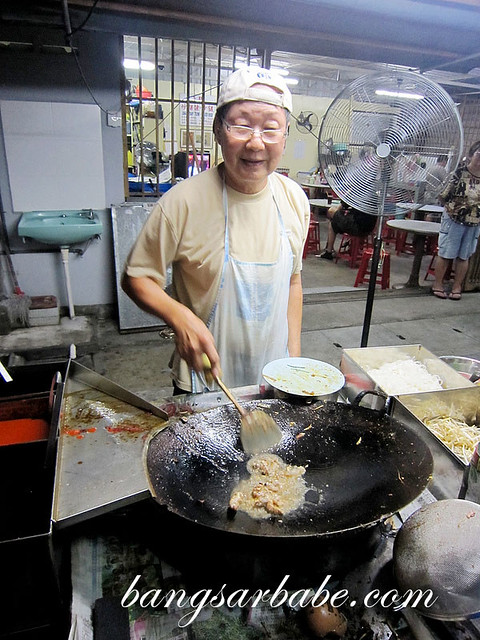 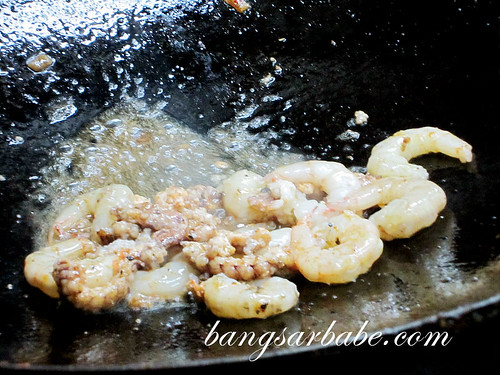 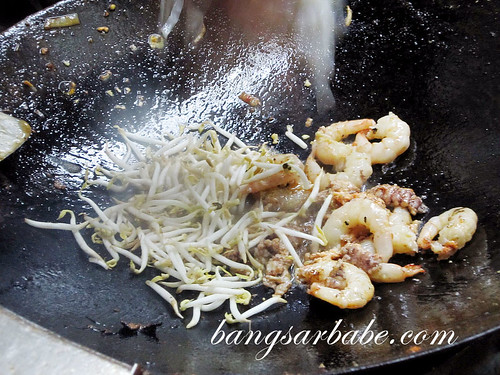 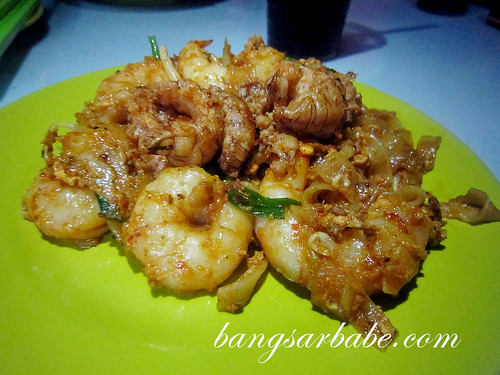 Look at my plate! I can’t even spot much of the kuay teow because there was a lot of ‘liu’. The char kuay teow was very good. To be honest, I’d go for Ah Leng’s Char Kuay Teow rather than that the one from the grumpy old lady at Lorong Selamat. 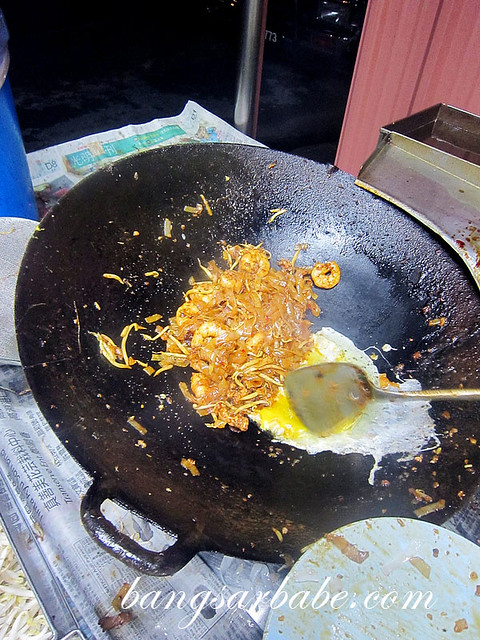 The kuay teow was fluffy and well separated, with a good dose of wok hei. I loved how the duck egg and mantis prawn impart a rich, creamy flavour to the noodles. Good stuff! I ordered another normal plate just to compare, and while the premium char kuay teow is good, it was difficult to taste the noodles as there was so much ‘liu’. 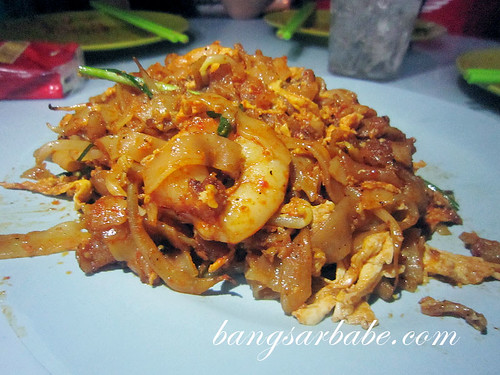 The normal version boasted more wok hei and was aromatic from the pork lard. Between the two, I’d pick the normal char kuay teow. But make that two plates! 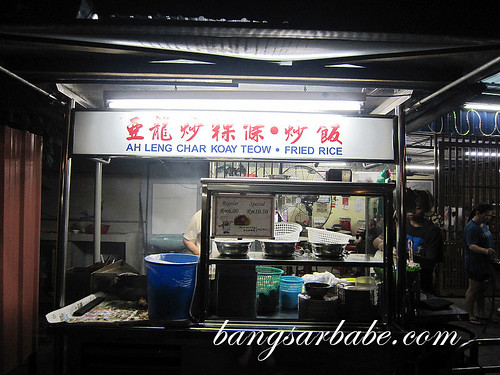