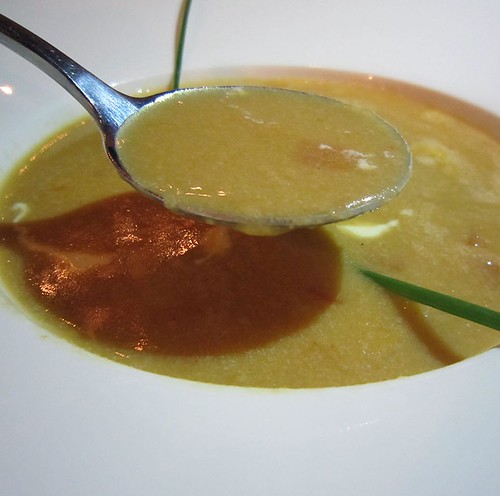 So I went there with rif and two friends. At 7.30pm, the place was relatively quiet and very good for catching up. We started with the onion loaf, while waiting for our starters. As the starters took a while, we asked for another roll and were charged RM2.50 for each roll. While RM2.50 may seem like a small amount of money to some, I felt the waiter should have informed us beforehand. I felt cheated. Especially since the loaf was rather small. 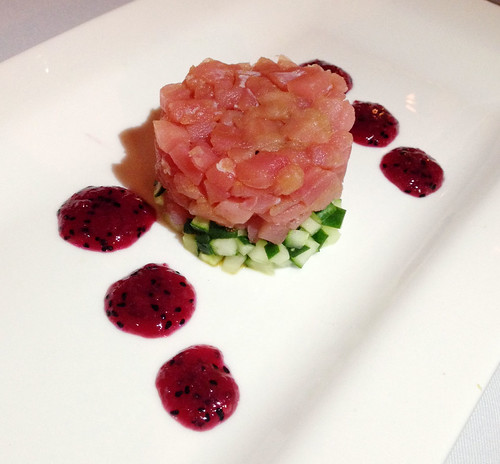 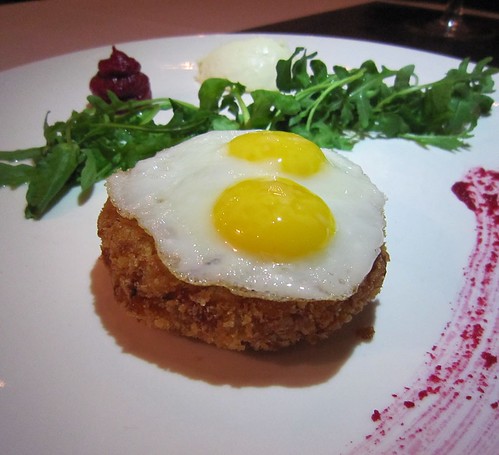 rif ordered the tuna tartare while I got the lobster bisque. Our friends had the sweet potato & corn croquette (RM24) and Ril’s tiga rasa scallop. The croquette was quite good, and I remember liking it during my second visit to the KL outlet. The scallops however, were smaller than before and rather steep at RM28. 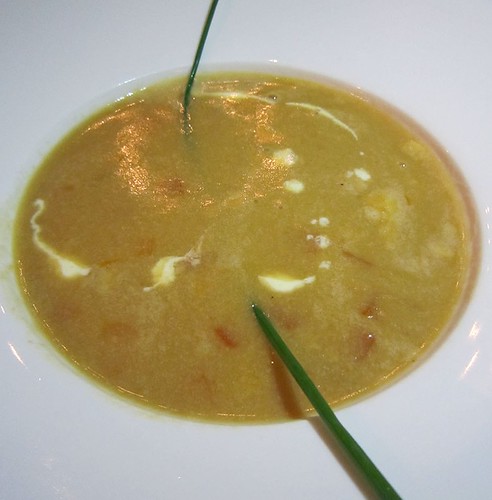 My lobster bisque (RM28) was alright, but rif’s tuna tartare (RM28) was disappointing. While the tuna was fresh and moist, it was under seasoned. A pity, as it had the potential of being a good starter. Wines are decently priced; our bottle of Cabernet Sauvignon was RM99, just 300% more than the market price. Fair enough. 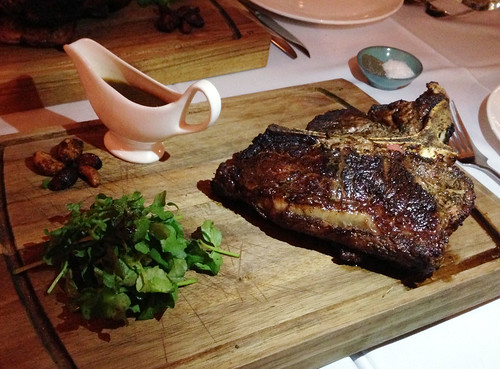 Here’s what made my dining experience go completely downhill: The steak. I asked for 1kg of Australian Tomahawk (RM24/100gm) because I tried the Ribeye before. The kitchen ran out of Tomahawk, and instead of letting me know, they decided I should eat the Australian Porterhouse (RM19/100gm).

I think it’s basic rule that you should inform your customer if something they ordered isn’t available, and let them decide on their replacement dish. This is the first time my replacement dish was decided by the staff, and they seemed to expect me to accept. 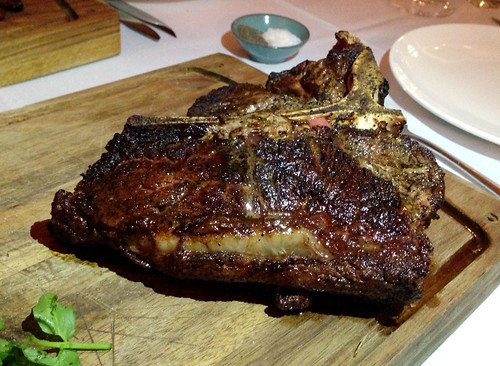 To be fair, my waiter did apologise, but damage was already done. I tried the Porterhouse before and didn’t find it praiseworthy.  We weren’t offered a replacement, which I thought they should have done. So rif and I were stuck with the Porterhouse, which was almost well cooked. I requested for medium but it was medium well just at the centre and done around the sides. 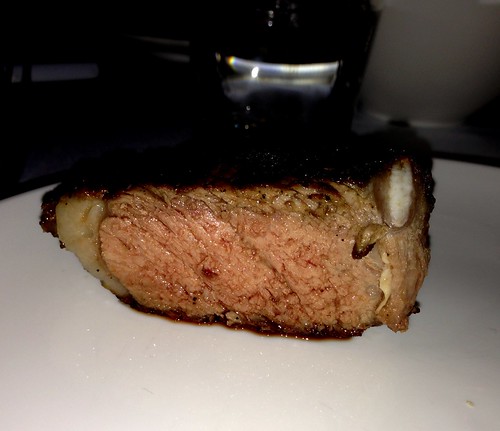 The hilarious part was when my waiter came over twice to ask me how I liked the steak. I’m not sure what kind of answer he was hoping to get. I certainly wasn’t going to say it was fantastic and I relished every bite. The steak was chewy, and while I can easily eat 2kg of steak, I couldn’t manage more than my half of Porterhouse. I was tired. 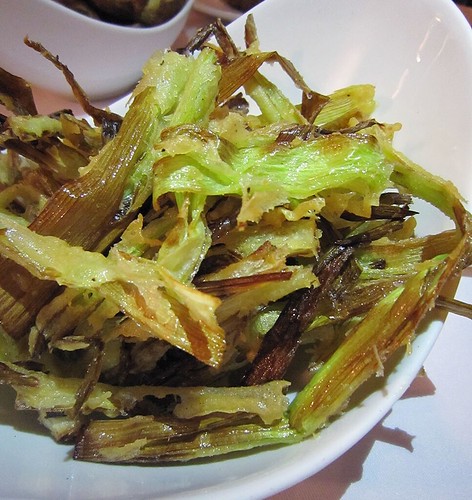 The 1.5kg Porterhouse my friends ordered was just as unimpressive. The kitchen didn’t have a Porterhouse of that size, so they served a 1kg Porterhouse + a slab of overcooked tenderloin, or a cut that resembled a tenderloin. Also, it was more done than they asked for it to be. 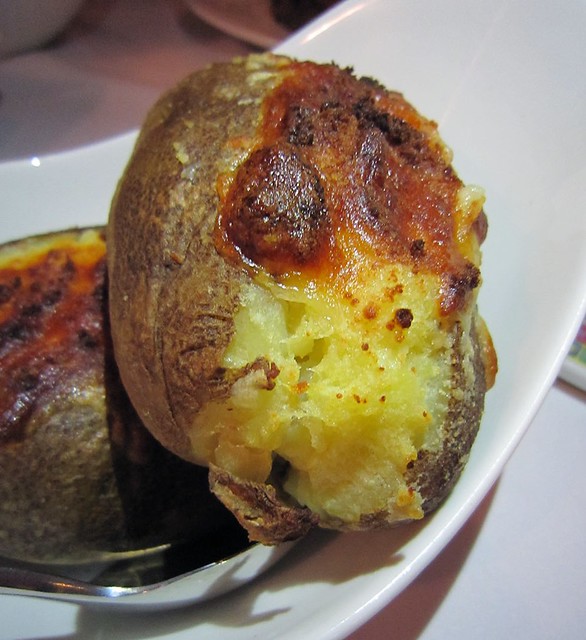 To be fair, the sides were good. I liked the Double Baked Potato Royale with Truffle (RM20) and Crispy Leeks (RM14). A pity these sides couldn’t make up for the disappointing steaks.

I wasn’t in the mood for dessert after my steak, but I remember the Chocolate Fondant (at the KL outlet) was pretty decent. The bill came up to RM897.85 for the four of us. Not an experience I wish to repeat.

Ambiance: 6.5/10
Price: 5.5/10
Food: 4/10 (halal)
Verdict: I was very disappointed with the way they handled things. If you want to try the steaks here, I suggest you choose the Australian Ribeye.