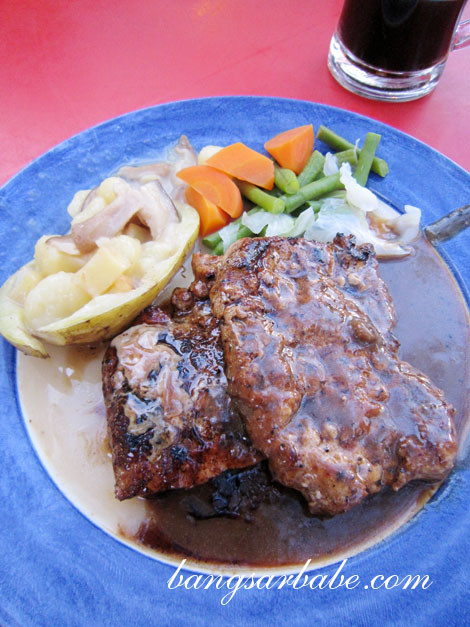 These days, a good western meal below RM10 is considered a rare find. Which is why I like going Steven’s Corner in Damansara Utama – RM10 for chicken chop with fries and egg is a dream come true for my wallet. What’s better than black pepper chicken chop…is black pepper pork chop but only if it’s cooked right. 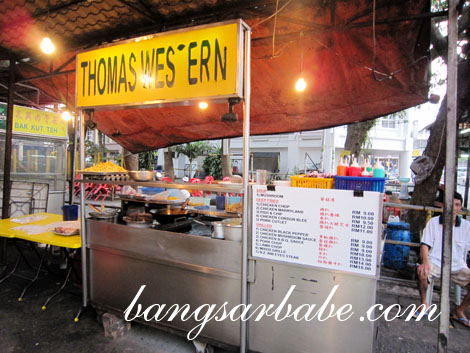 When a friend told us about this “cheap pork chop place” in OUG, rif and I were game on trying it out. The cheap pork chop place was Thomas Western, a stall outside Restoran Ong Lay in OUG. A plate of pork chop cost RM10, and I got two sizeable pieces with vegetables and Thomas’ version of stuffed potato. Pretty good value for money, don’t you think? :) 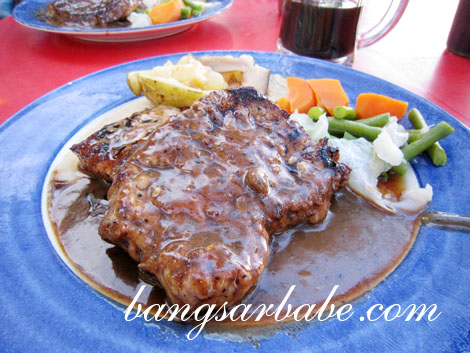 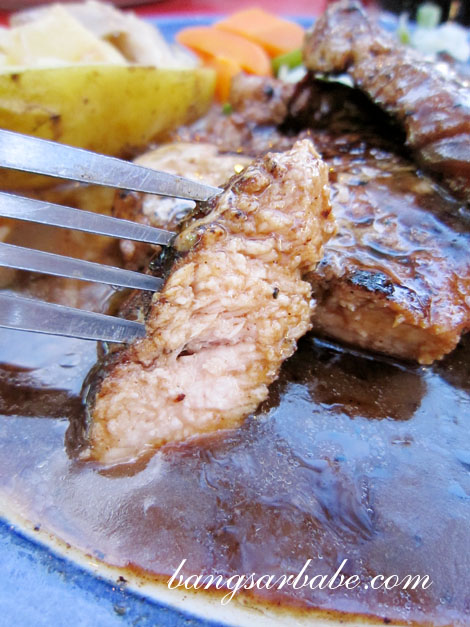 The pork chop – pink at the centre – was of a decent cut and deliciously simple. Its subtle flavour was enhanced by the peppery sauce, which I felt would have been tastier had it been thicker. 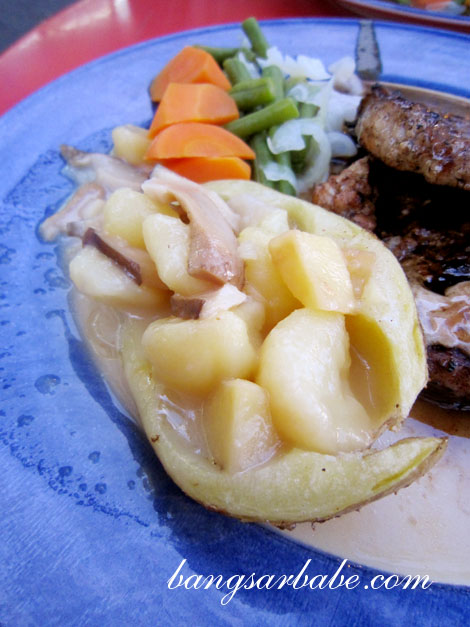 I liked the stuffed potato; the core of the potato was replaced with sautéed potato cubes and topped with mushroom slices and gravy. Much better than fries or mashed potato. 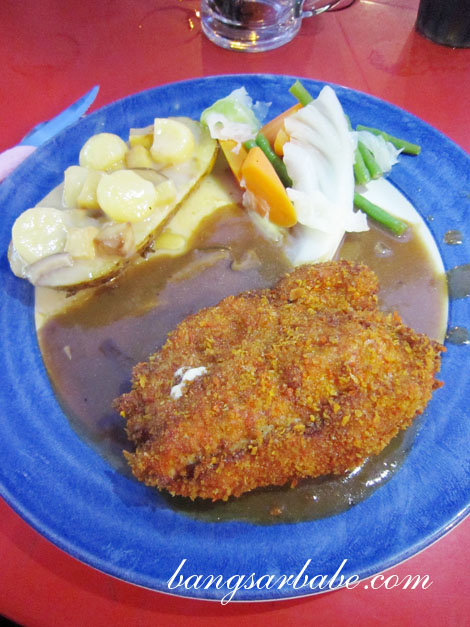 We also ordered the chicken cordon bleu (RM12) for the sake of trying and also out of greed. The chicken roll was stuffed with ham and cheese, breaded and deep fried till crispy. I found the exterior bordering crusty and didn’t quite hold the meat together. That aside, the meat was moist, tender, cheesy and richly flavoured. I wouldn’t mind having this again, if I’m sick of the pork chop that is. 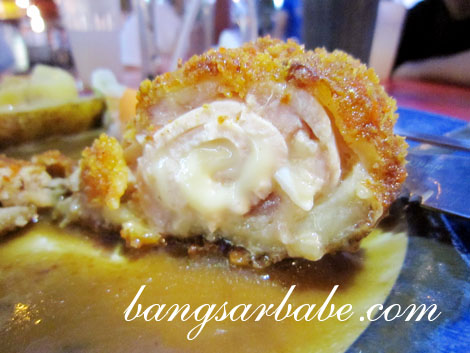 If you’re around the area and want something affordable, give Thomas Western a try. But don’t be a noob like me. :( Wear long pants or be prepared to feed the mosquitoes. 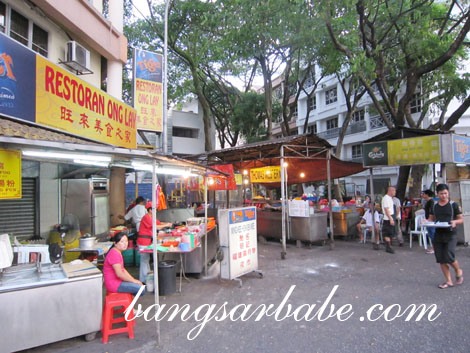