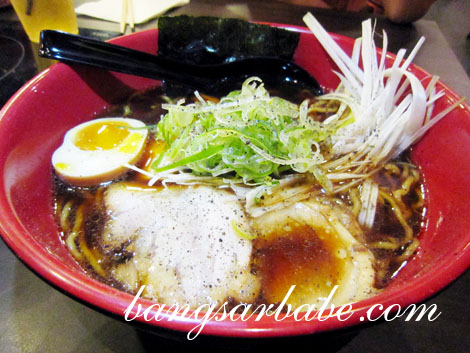 The winner of the Tokyo Ramen Show in 2009 and 2010, Menya Iroha (from Toyama) specializes in two types of ramen, the black shoyu ramen and the traditional miso with chilli mara ramen. The signature here is the Negitama Ramen (SGD13.50), which features the black shoyu broth made with chicken, soy sauce and black soybeans for a fragrant aroma. Each bowl comes with two slices of chashu, bamboo shoots, seaweed, spring onions and egg. 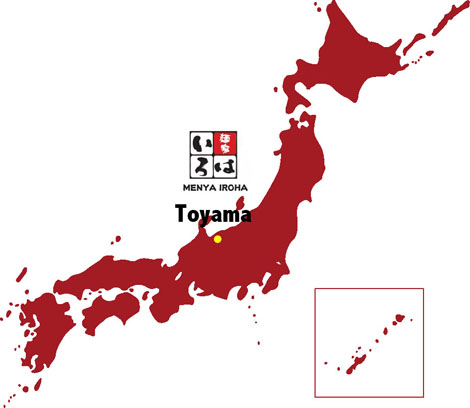 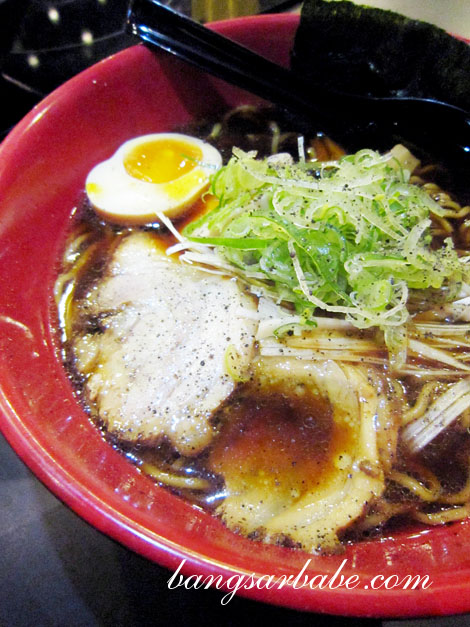 I found this broth the simplest of the six ramen I’ve tried. It had a clearer flavour with a district shoyu base and a crisp aroma from the spring onions. While the broth was a tad one-note, I found it quite salty. Menya Iroha was the only ramen stall that served the egg with the best doneness – perfectly runny at the centre with a nice and firm white. 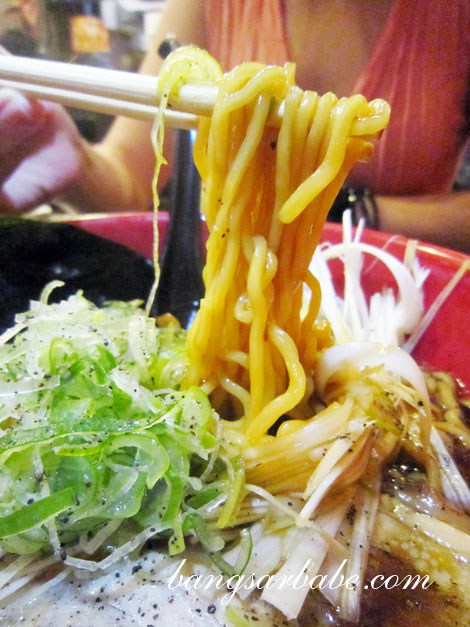 Noodles with a good tooth

The noodles were slightly thicker compared to Ikkousha’s, but not as thick as Bario’s. They were cooked just right, with a touch of tooth. The chashu – meltingly tender with a tasty layer of fat – was well-infused with the essence of the broth. Good stuff!

In all honesty, I wasn’t a fan of this ramen. Not because it wasn’t good, but because I prefer my ramen broth to be thick and unctuous from the pork bones (and fat). That said, those who prefer a lighter tasting broth and like the taste of shoyu should give this a try. 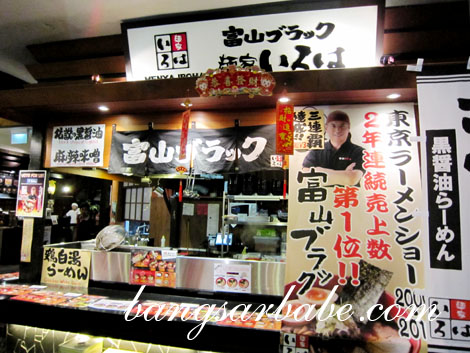