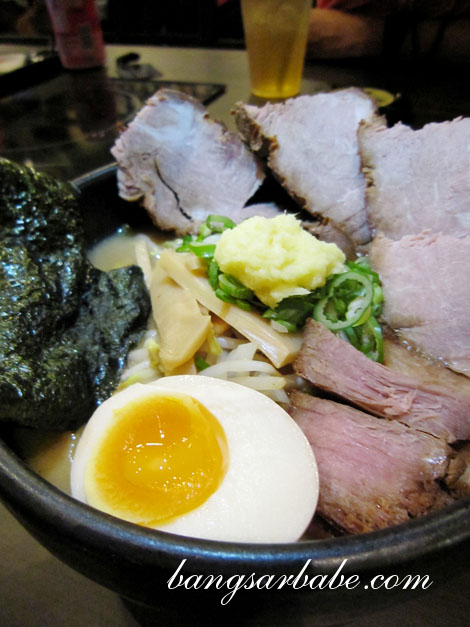 Miso soup base. Curly noodles. Ginger paste. Cha shu. Egg. Bamboo shoots. Beansprouts. Seaweed. Spring onions. Combine all the above and you will get the Cha Shu Men (SGD15) from Gantetsu, the winner of ramen champion in Sapporo (the city of ramen) for three consecutive years. Gantetsu means stubbornness in Japanese; the chef’s stubbornness in using only the freshest ingredients for his ramen. 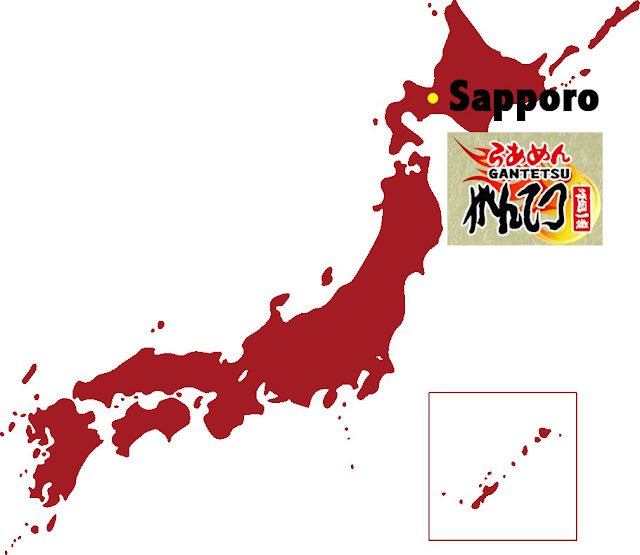 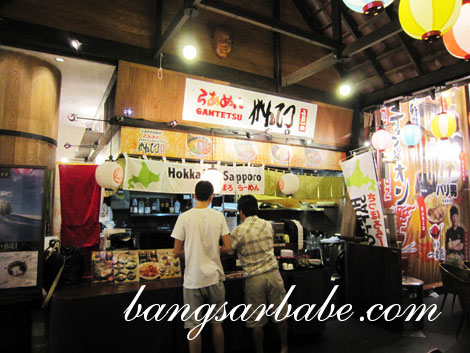 My ramen, said to be the No.1 most popular item at Gantetsu, was visually pleasing and had me feeling more excited about digging in. Compared to all the six ramen stalls, I found this ramen the most conventional; the miso broth was well balanced with a sharp accent from the ginger paste. The soup – which was boiled for six hours – tasted mildly buttery but like the broth at Ippudo, I wasn’t very impressed. 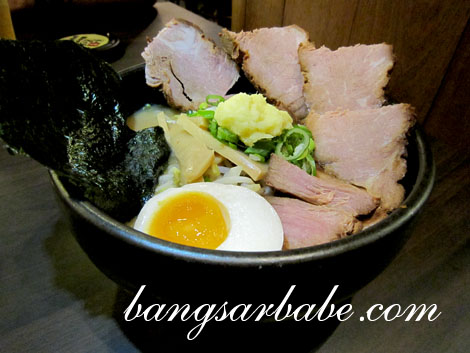 The cha shu had very little fat but it was surprisingly tender and flavoursome. I liked that the portion of pork was generous. The curly yellow noodles were cooked just right and had a lovely chewiness in every bite. I enjoyed the textural play from the bamboo shoots, beansprouts and seaweed as well. 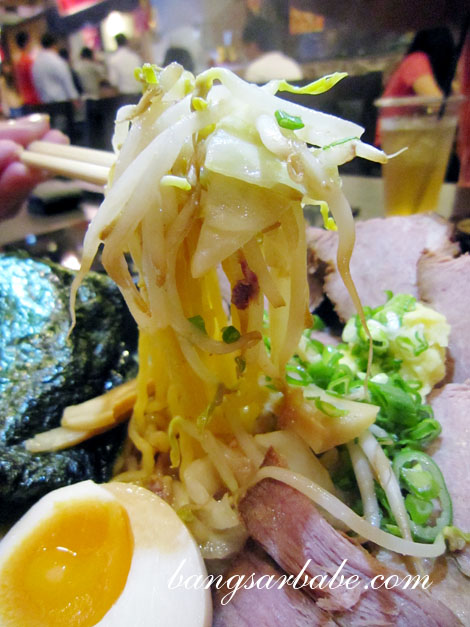 Like the egg from Bario, Gantetsu’s Ajitsuke Tamago suffered the same fate – it was overdone and had no molten centre. Overall, the ramen was decent but it’s not something I’d order again. This would be an ideal choice for those who want a good balanced broth. I like my ramen broth porky so this didn’t fly with me. 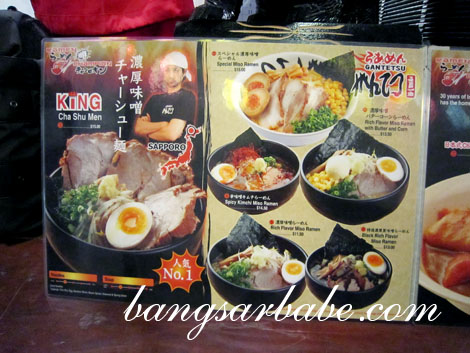 Ambiance: 6/10
Price: 5/10
Food: 6/10 (non halal)
Verdict: Good chashu and springy noodles, but the broth was missing the fatty essence from the swine.