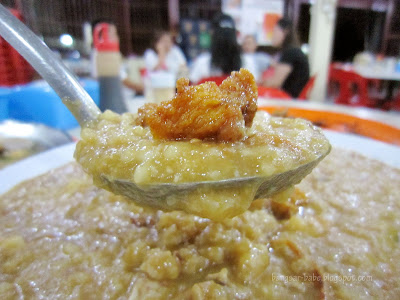 When I go on food hunts, I sometimes come across restaurants with quirky names. Since I’m not very good at memorising names, the quirkier the name, the more I’m likely to remember it. Like Restoran Bubur Goreng in Taman Berkeley, Klang, where Rif and I stopped by for a late dinner last week.

The place was relatively crowded – people were having the fried porridge with beer and whisky. I even spotted a table of men having a bottle of Martell Cordon Bleu. Talk about the good life!

As the name suggests, this restaurant specialises in bubur goreng, also known as fried porridge. I’ve never been huge on porridge. When I was a child, Mum used to feed me porridge whenever I was sick, so I grew up equating porridge to illness. Putting my reservations aside, I ordered a portion of the highly recommended fried porridge, a plate of Hokkien Mee and siong tong lala.

The lady boss took one look at me and decided (on her own initiative) to cancel my porridge, thinking there was no way I could finish all the food. 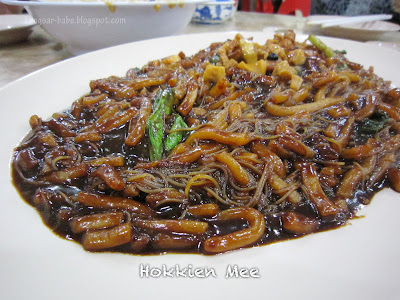 The Hokkien Mee portion for two (RM9) was huge and could feed three people. It was quite good. Unlike most common dark Hokkien Mee, this version came with more gravy and mee hoon. Despite it being wetter, it packed plenty of wok hei (“wok’s essence”) and had a generous amount of ingredients. 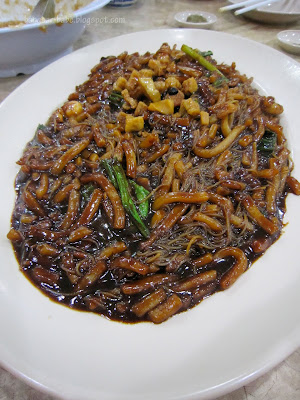 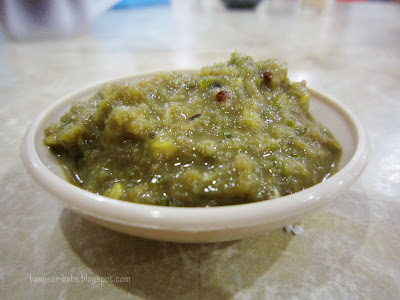 The restaurant’s signature green chilli sambal was spicy, fragrant and incredibly addictive. I enjoyed this very much, especially when paired with the bubur goreng. 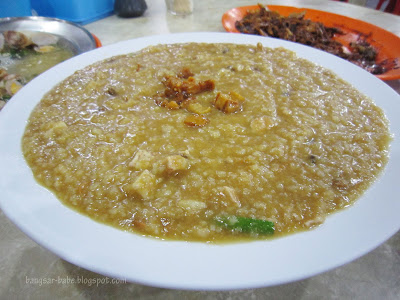 The porridge (RM12) was cooked with minced pork, tofu cubes, yam, dried prawns and fried shallots. I liked how the pork lard topping gave it a good aroma and a crisp bite – every spoonful was meaty, fragrant and flavourful. Some people might find this a tad strange in the beginning, but the taste grew on me. 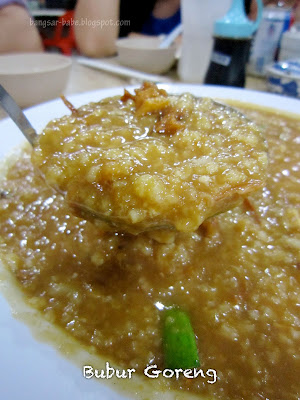 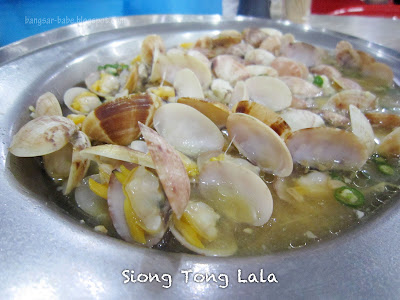 I’m glad I ordered the siong tong lala (RM15). The clams were cooked with plenty of minced ginger, garlic and bird’s eye chilli, resulting in a broth that packed a punch. Although slightly small, the clams were meaty and tender. The dish was piping hot and delicious. 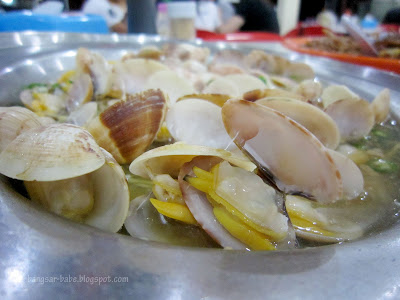 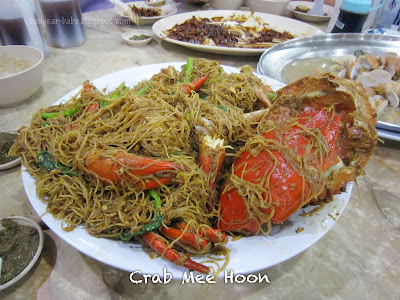 Another popular dish here is the crab mee hoon (RM44 per 1kg of crabs). I ordered this on my second visit with Rif’s family together with the dishes mentioned above. The mee hoon came with 1.4kg of crabs (RM61) and could feed four to five people. To me, this was probably the highlight of the meal. The mee hoon packed a wallop of flavour from the crab juices and wok hei. Cooked just right, it was springy and had good bite. 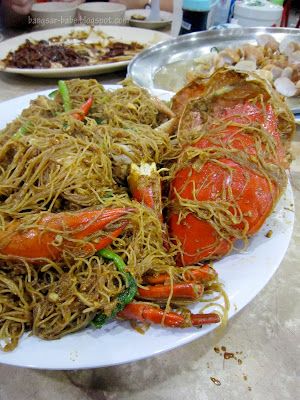 The crabs were medium-sized, sweet and meaty. It was fairly easy to eat as the shells had been cracked, and I didn’t ruin my manicured nails. We all enjoyed this very much. rif’s mother reckoned this was even better than the crab mee hoon from our favourite restaurant in Kuala Selangor. 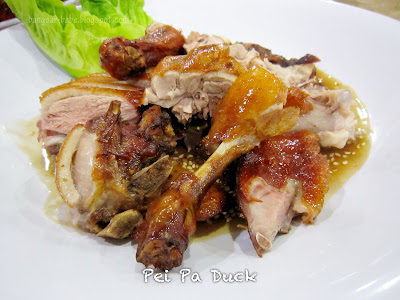 Feeling greedy, I heeded the lady boss’ recommendation and ordered half a Pei Pa duck (RM23). This wasn’t a good choice. The duck – which came drizzled in a sweet plum sauce – was tough, dry and bland. Pei Pa duck is usually thin, crispy and tender in the centre with a hint of smoky flavour. Maybe that’s the way it’s prepared in Klang, but I didn’t like it one bit as it gave my jaw a good workout. 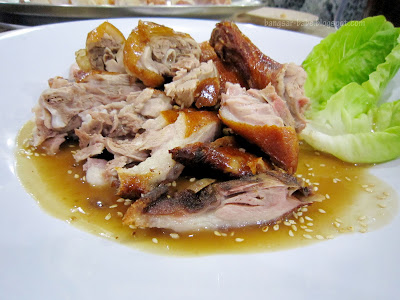 The bill came up to RM130 for six inclusive of drinks, with the crab mee hoon being the most expensive dish. Portions are generous, which is something I love about eating in Klang. 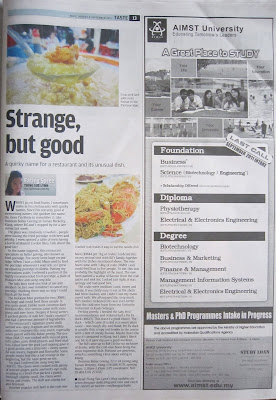 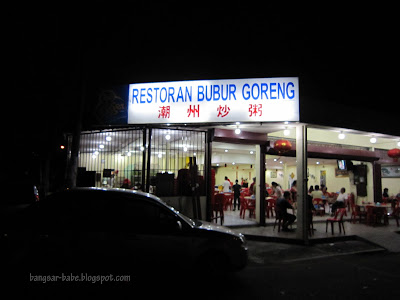