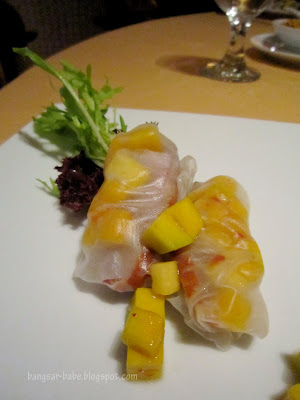 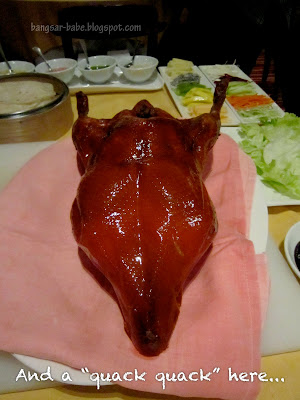 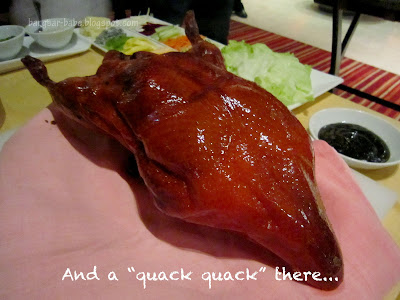 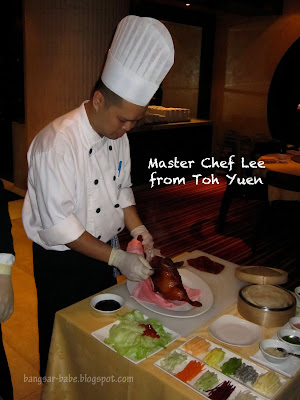 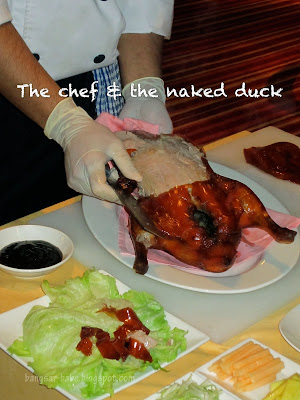 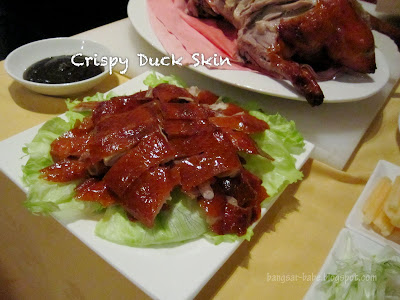 But Peking duck is a whole different story, especially when it’s done right. I can never turn down a meal of Peking duck so when Mei Yee asked me to dinner at Hilton Petaling Jaya, I immediately said yes. We were all in glee when Master Chef Lee brought out a large, freshly roasted duck (approximately 3kg) from his kitchen. 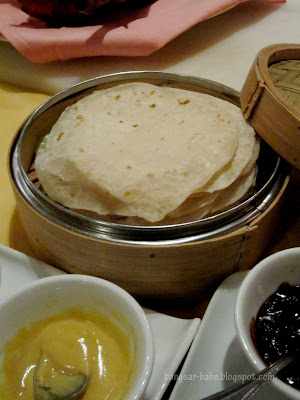 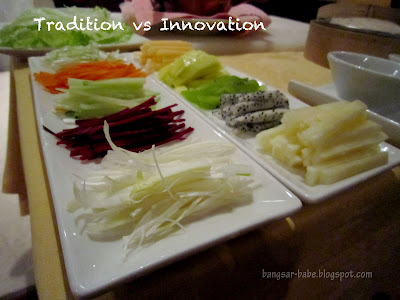 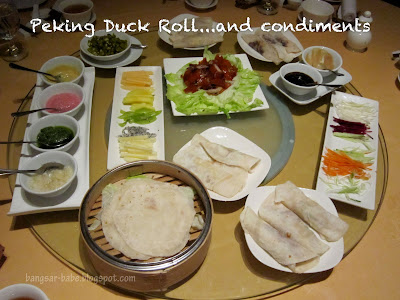 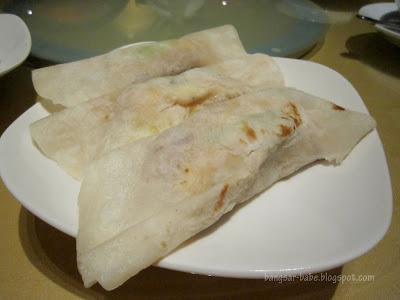 We were served two types of Peking duck roll — traditional and fruit flavour. I liked the traditional version better. Wrapped with steamed pancake, the crisp, lacquered duck skin was accompanied by slivers of scallion, julienne cucumber and smoky sweet sauce. I didn’t care much for the fruit roll, as I thought the fruit slices masked the crisp and unctuous quality of the Peking duck. 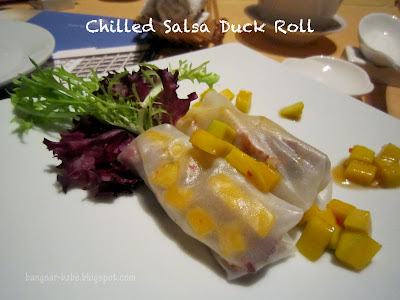 The chilled salsa duck roll was a breath of fresh air compared to the common Peking duck dishes we often find in restaurants. While the others found the translucent skin tough, mine was firm yet lightly chewy. I reckon I was lucky that night. 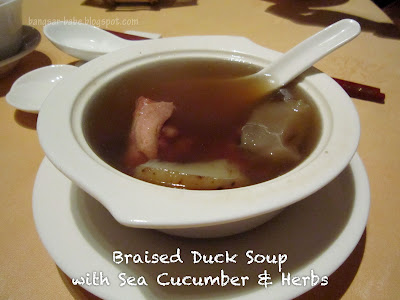 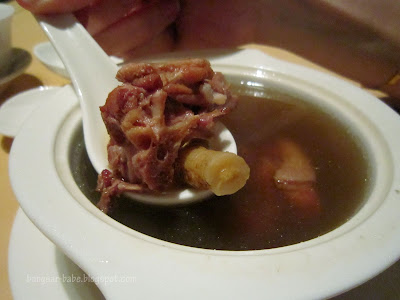 Most of the people on my table ordered the braised duck soup with sea cucumber and herbs, which I regretted not having. For something relatively clear, this soup was brimming with herb flavour and duck essence. My braised shark’s fin soup although adequately prepared, was outshone by the delicious duck soup. 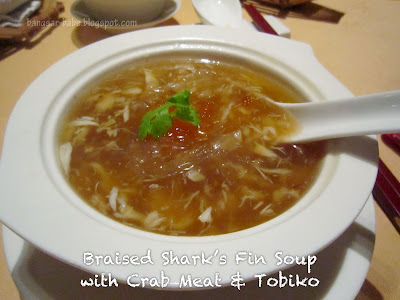 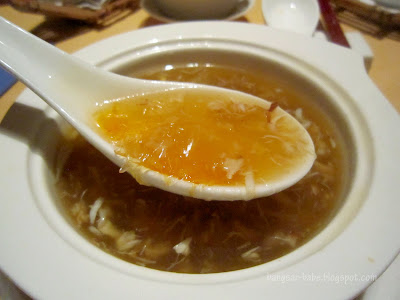 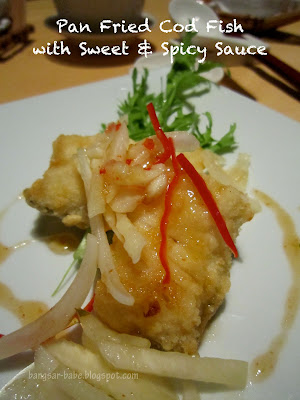 Cod fish is often steamed with light soy sauce and topped with chopped spring onions. At Toh Yuen, this was pan-fried and topped with sweet and spicy sauce. The sweet-spicy sauce was mild and complemented the sweetness of the cod. A pity we were only given one portion; I wouldn’t mind another serve of this. 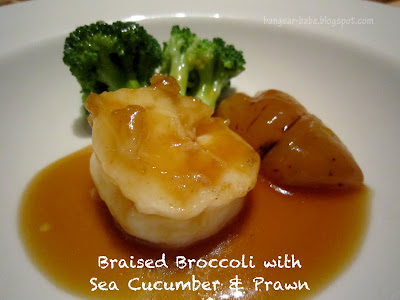 One of my favorite dishes that night was the braised broccoli with sea cucumber and prawn. The broccoli still retained a crunchy texture and the prawn was fairly large, plump and succulent. I also enjoyed the sea cucumber, which was soft and tender without being mushy. 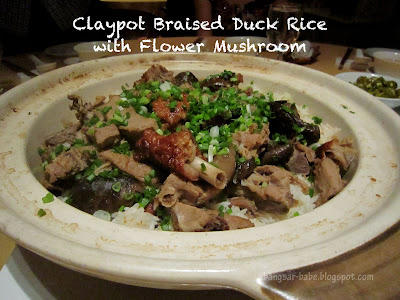 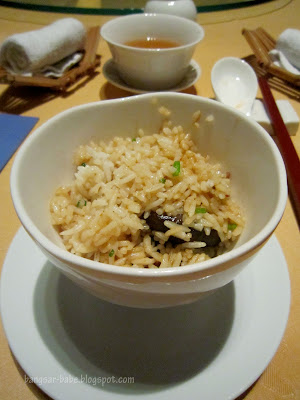 The claypot braised duck rice smelt wonderful when it was placed on our table. The duck was tender and falling off the done, but I found the rice slightly under-seasoned. Good thing a drizzle of soy sauce fixed this. 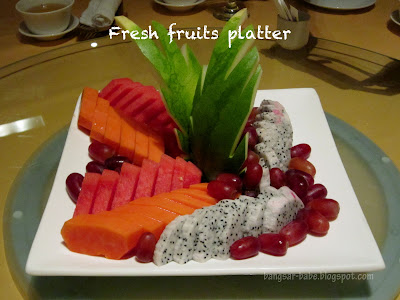 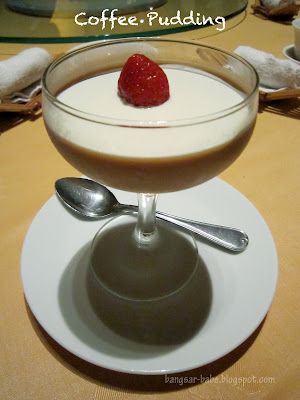 Dessert was coffee pudding and a platter of fresh fruits. The pudding was wobbly yet firm enough to hold its shape, with a light coffee flavour. Simple, but I enjoyed this. Definitely more interesting compared to the usual mango pudding. 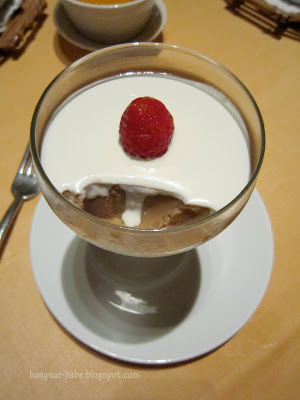 The Imperial Peking Duck promotion comprises two set menu priced at RM99++ per pax and RM108++ per pax. Alternatively, you can order the whole bird for RM128++, which includes the Peking Duck Roll and a dish of your choice, using the remaining duck meat. Thanks Mei Yee, for the invite and Hilton Petaling Jaya for hosting us! 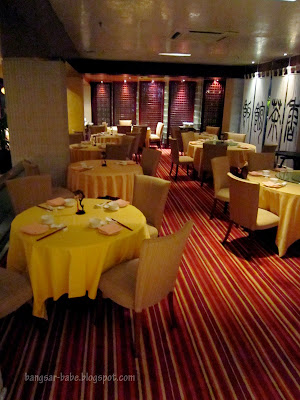