Chynna at Hilton Kuala Lumpur is one of the participating restaurants in the Standard Chartered Extravagant 8 Menu promotion. I was treated to an array of scrumptious dishes prepared by Chef Lam Hock Hin, thanks again to Tim and Meena. 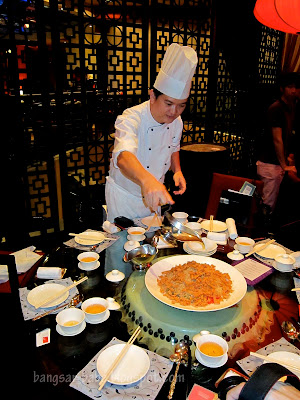 The Organic Melon, Gold Pumpkin & Fruits Lao Sang is by far my favourite of the yee sang I’ve tried this year. To date, I’ve eaten six yee sang since early January (I hope I’ll be swimming in luck this year LOL). 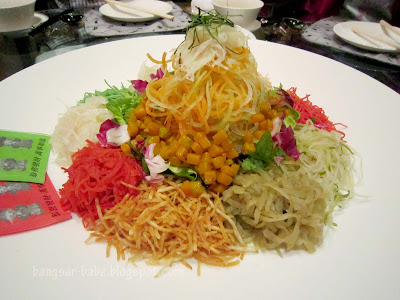 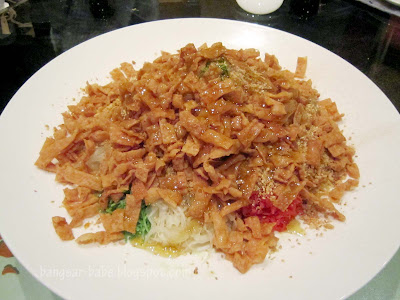 Back to the yee sang. I liked how the pumpkin gave the yee sang a slightly creamy texture and a natural sweetness. 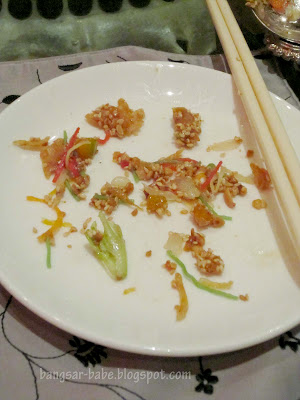 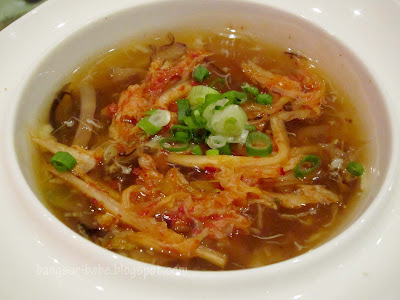 Hot & Sour Soup with “Kimchi”, Fish Maw & Bamboo Pith was a refreshing change from the usual shark fin soup. Chef Lam substituted the shark fin with shark fin melon, which had a similar texture to the former. 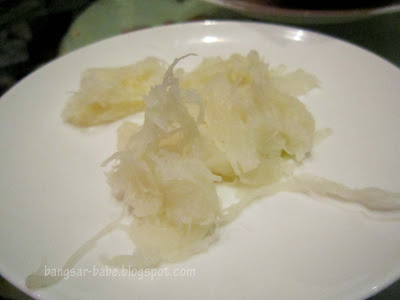 Shark fin melon is also called cucurbita ficifolia, said to help people who suffer from diabetes thanks to its hypoglycemic effect. The soup packed a wallop of flavour from the kimchi – I really enjoyed its spicy and tangy kick. Steamed Canadian Cod in Fisherman Sauce was another dish that was nicely prepared. The gravy was mild, allowing the rich flavour of the cod to stand out. 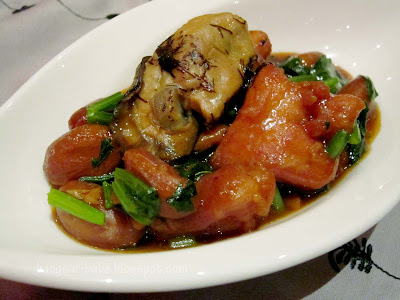 I found the Stewed Sun-dried Oysters with Fatt Choy, Braised Peanuts & Chicken a tad salty, possibly from the dried oysters. It might just be me, as of late, I prefer eating lightly seasoned food. 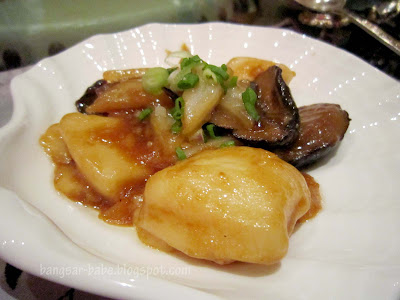 Wok fried Nian Gao with Chinese Cabbage & Mushrooms reminded me of fried pek kueh (rice cake). The nian gao had a firm yet “QQ” texture; I enjoyed this. 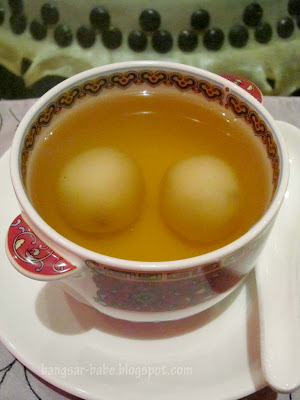 I love eating tong yuen, especially the ones with filling. The Ginger Syrup with Glutinous Dumplings marked the end of a good meal at Chynna. 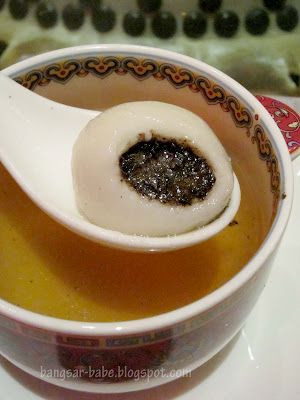 The dumpling was generously filled with black sesame cream. It’s best to pop the whole thing into your mouth as the filling might squirt out if you attempt to bite it into half – it happened to me. 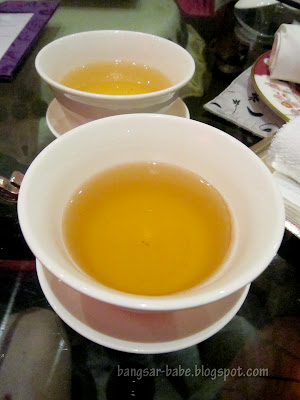 On a whole, I was impressed with Chef Lam’s clever creations especially the hot & sour soup with kimchi. Thank you Tim & Meena, for the kind invite! 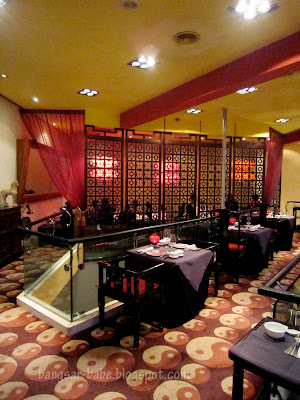 Here are the participating restaurants in the Standard Chartered Extravagant 8 Menu promotion: