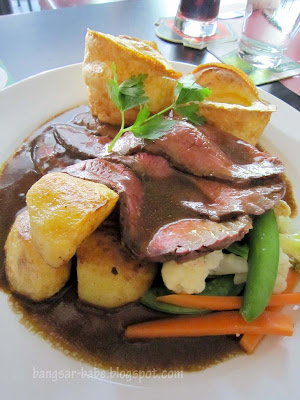 And the TimeOut KL Best Independant Restaurant Award 2010 goes to……. 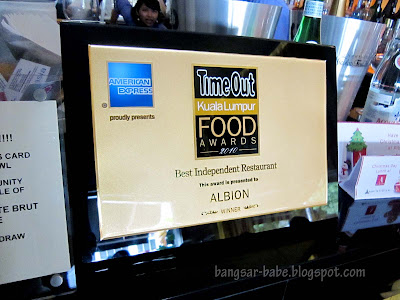 A pretty impressive feat for a restaurant that started slightly less than a year ago. Albion was also short-listed for Best New Restaurant award. Partners James Grierson and Colin Yap (who is also the head chef) invited Tim and I over for lunch on Sunday. Obviously, I say yes. Come Sunday, we were comfortably seated at Albion, browsing through the menu. 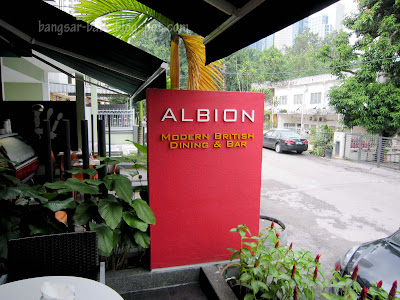 I had the impression that the food was going to be pretentious or showy. My assumption of the Albion was quickly proven wrong when I saw the place and the menu. Albion is a modern British restaurant and bar, which feels like a bistro. 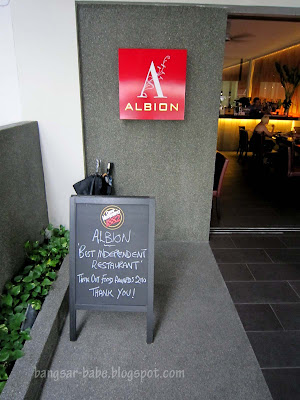 Some claimed that Albion’s Sunday Roast (RM39) is the best they’ve had in Kuala Lumpur. When we enquired, the waiter told us there were only three servings left. We quickly “booked” one. I initially wanted to order the slow roast belly pork, but it wasn’t available. So I had the Steak & Guinness Pudding (RM38) instead. 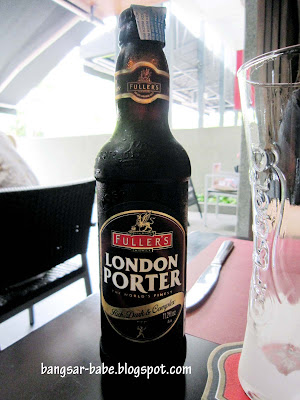 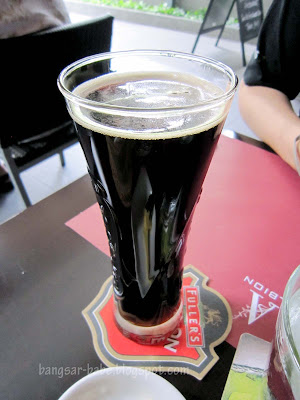 Give Tim a beer, and he’s a happy man… 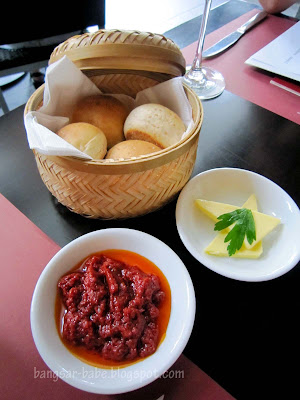 Lunch started with a basket of fluffy bread served with butter and a flavourful sun-dried tomato dip. 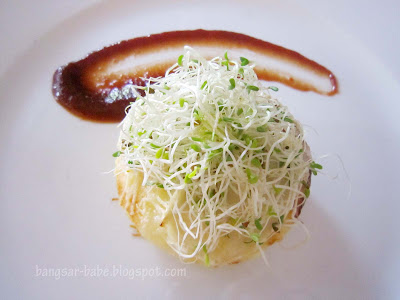 Alfalfa is good for you…

Twice Baked Goat’s Cheese Soufflé (RM18) was a dainty portion, but it packed a wallop of flavours. The goat cheese flavour was subtle and the soufflé had a delicate texture. I thought this combo was daring but the soufflé and alfalfa ended up complementing each other rather nicely. 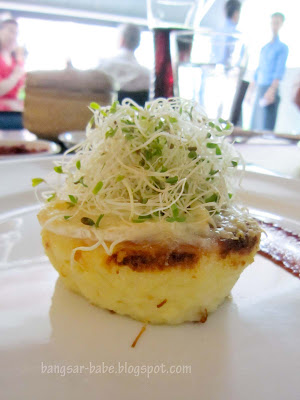 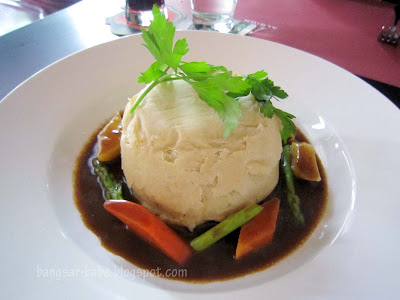 It is easy to find steak pies at restaurants, but pudding isn’t something I come across very often. This was beautifully presented. I peered inside the pudding and found generous chunks of beef, mushrooms and carrots in thick gravy. The beef was braised till fork tender and well-infused with the caramelised Guinness and stock. 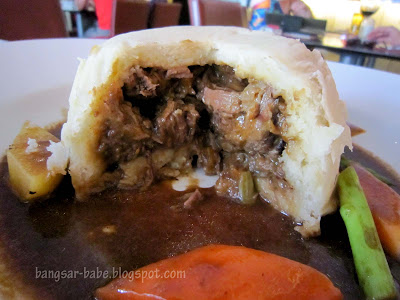 I liked how the fluffy pudding soaked up the rich, beefy gravy. It was good stuff. British cooking tends to overcook the vegetables, but at Albion, the vegetables were still crunchy and sweet. 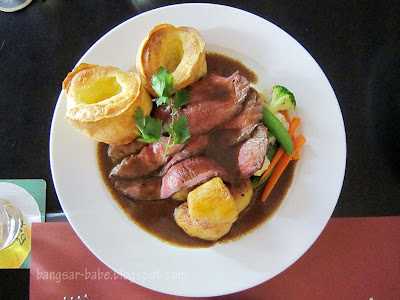 A good Sunday Roast boasts good quality ingredients, bound together by wholesome gravy and crusty Yorkshire pudding. The roast at Albion was just that. I liked how the beef slices were beautifully arranged and carefully garnished with vegetables and Yorkshire pudding. All this, while sitting in a moat of gravy made from beef drippings, proper stock and “lots of red wine.”

A smear of mustard and horseradish, and I was transported back to UK…until Tim bombarded me with his never-ending questions LOL. 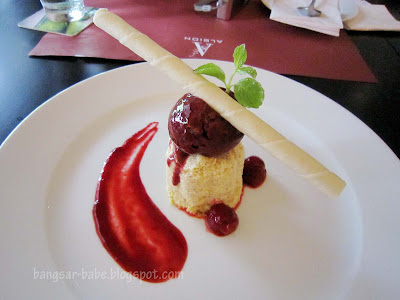 The Iced Cranachan Parfait (RM18) was a modern version of the traditional Scottish dessert, originally served at harvest festivals. Pretty as a picture, and delicious too. It comprised lightly toasted oatmeal, egg yolks, whiskey and cream, with honey as a sweetener. The tart flavour of the berry sorbet complemented the creamy texture of this frozen dessert. If only oats taste this good and alcoholic – I would gladly eat this EVERY DAY. 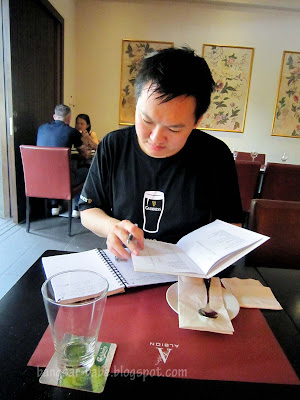 Tim took notes during lunch — I typed my thoughts into my phone. =P

Lunch was good. I overheard the next table saying the Ballotine of Chicken and Pork Tenderloin were very good. Thank you James and Colin, for the invite. I had a wonderful time! 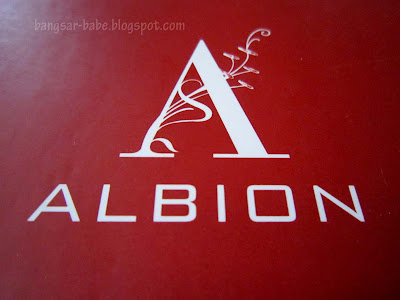