Like bees to flowers, my parents (and brother) would automatically walk towards a Chinese restaurant when they see one. I spent my vacation trying to steer them away from Chinese eateries, with the exception of Four Seasons and Gold Mine. After three non-Chinese meals in Paris, they were determined to have Chinese food for dinner, and nothing I said would stop them. 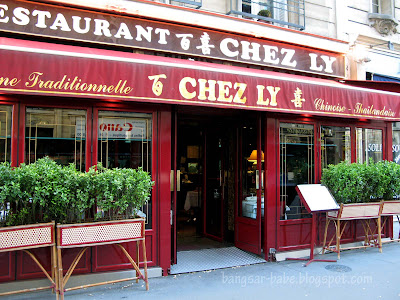 So I was dragged to Chez Ly, not too far from Champ Elyseee. The minute I stepped into the restaurant, I knew prices were not going to be cheap. One glance at the menu proved me right. Everything was expensive, even the white rice – €4.50 per small bowl. 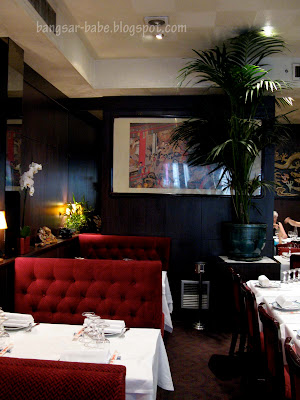 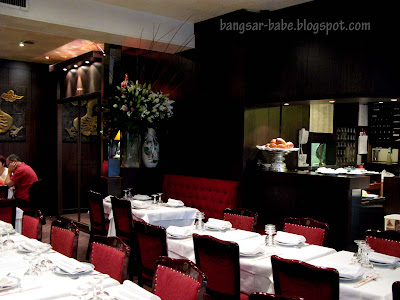 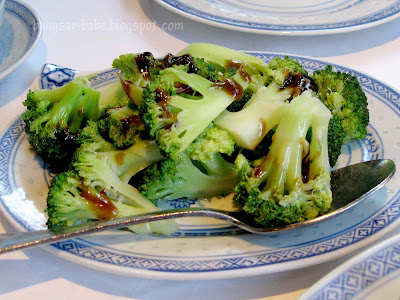 Broccoli with oyster sauce was literally just that. I could have prepared this myself. I wouldn’t even call this a dish – there was no proper “cooking” done. 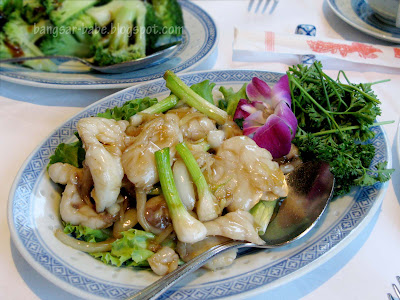 The fish fillet with ginger and scallion was alright, but not as good as the ones you can get in Malaysia. Different cooking style and sauces, I reckon. 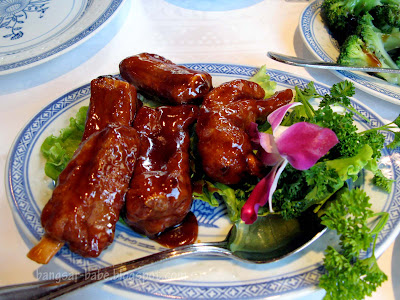 When I saw the ribs, I thought it was a joke. 4 miserable pork ribs for €13.80?! I found the ribs tough, because there were barely any fat on it! The Cantonese sauce tasted similar to the Marmite sauce, but sweeter and less sticky. 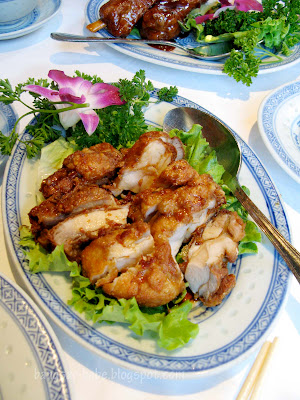 The chicken with fresh lemon juice was nothing to shout about. While the chicken pieces were nice and crispy, I really didn’t fancy them using breast meat (most restaurants use breast meat in France). 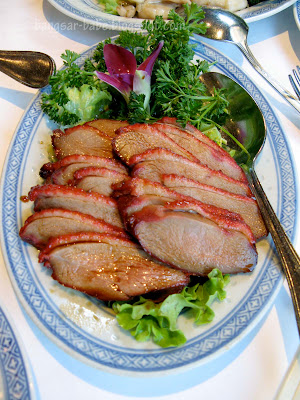 Roast duck was a total disaster; the duck breast was tough and stringy with a cardboard-like texture. To make things worse, the skin was soggy and flat tasting. They shouldn’t call this roast duck – braised duck would be a more accurate description.

The rice portion was so tiny, my dad and brother had two bowls of rice each. We ordered 6 bowls of rice in total, so we paid €27 just for white rice. The bill came up to €130 for all the above. Ridiculously expensive for such a mediocre affair.

Ambiance: 6/10
Price: 3/10
Food: 3/10 (non-halal)
Verdict: I suggest you take the metro to Tuilleries or Cité. Plenty of nice cafes/restaurants there.