I received an invite from Jek Tan (Director of theQguides) for a food review at SOULed OUT last week. SOULed OUT recently celebrated its 13th anniversary with a new, refreshed menu and I was one of the lucky ones who got to sample the food. 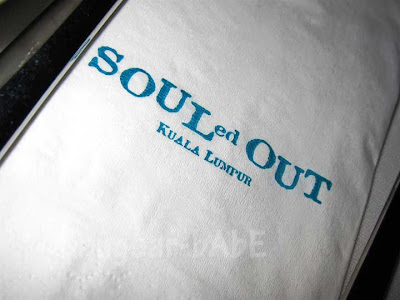 Also present at the review were babe_kl and Cap’n HooK, Ruth of The Ruthless Eaters and Rachel of Tham Jiak. 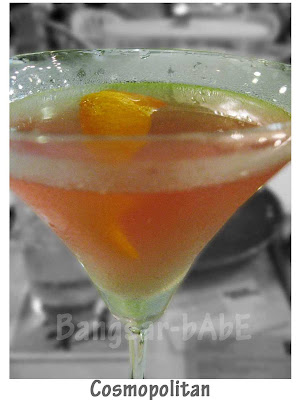 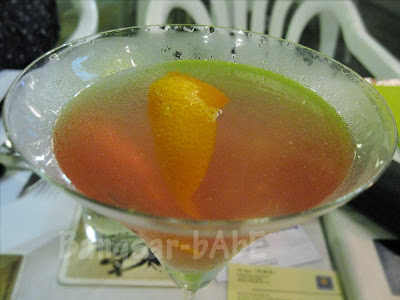 For those who know me, I always order a Cosmopolitan because it’s pretty looking. This version was very nice and alcoholic. The lemon skin garnish gave the cocktail more colour. 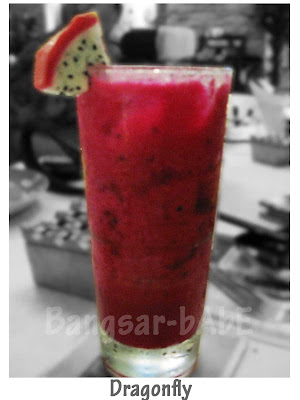 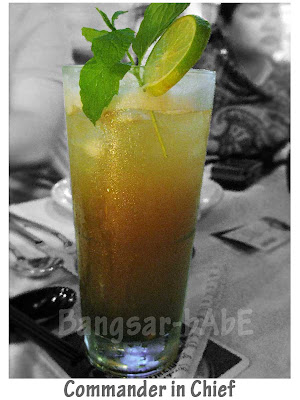 Jek had the Commander in Chief, which was a mixture of vodka, crème de cassis and pineapple juice. The Mojito (babe_kl’s order) looked really thirst-quenching! 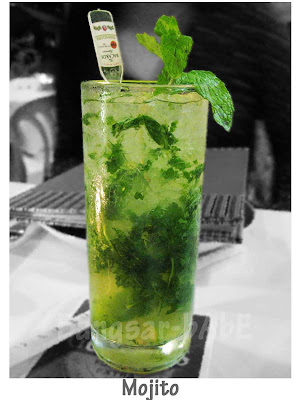 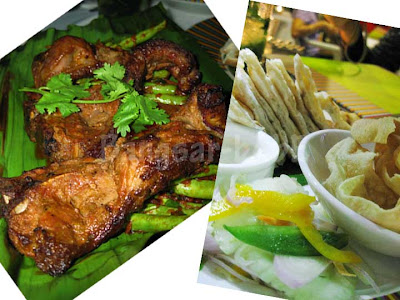 First up was the Sizzling Lamb Cutlet (RM28) with naan bread. You can opt to have the lamb with naan, rice or chips. The lamb was meaty, tender and fragrant with spices. The naan was best eaten hot; it was a tad hard when left for too long. 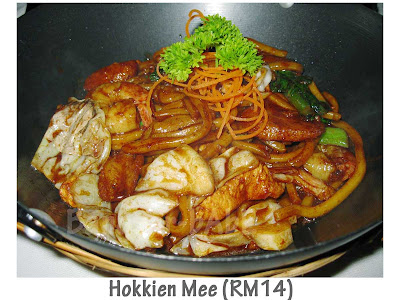 For a halal version, the Hokkien Mee was decent. Of course, I still prefer my noodles to be porky and lardy. This one came with plenty of chicken slices, prawns and vegetables. The noodles were dark, saucy and tasty with a generous dollop of sambal. The Singapore Fried Noodles was not bad, and I don’t like mee hoon to begin with. Flavoured with curry powder, the mee hoon had copious amounts of chicken slices, egg, chives and crunchy beansprouts. 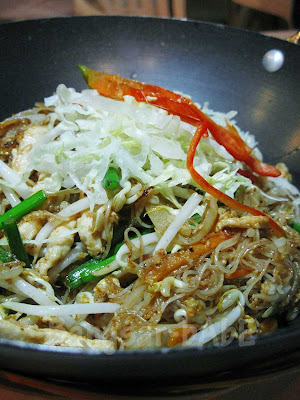 That said, I still don’t get what’s so Singaporean about this dish. It should just be called fried curry mee hoon. =P 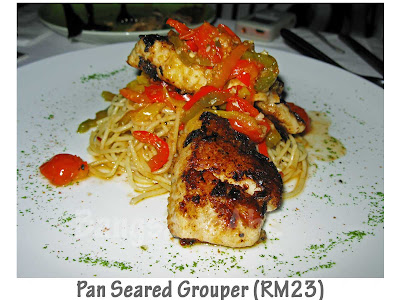 The Pan Seared Grouper with Mixed Cajun Pasta is a new addition to the menu. The pasta was cooked just right and the cherry tomatoes and roasted peppers had a rustic, intense flavour. 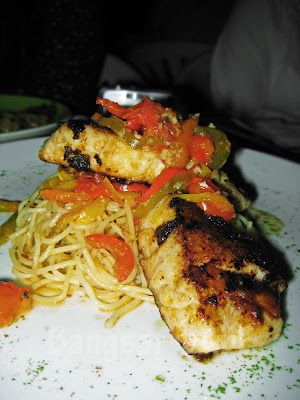 The grouper was well-seasoned and crusty on the outside. Beneath the outer layer was a firm, sweet inside. It’s actually quite good, but since I’m not a fan of fish, it didn’t rock my socks. 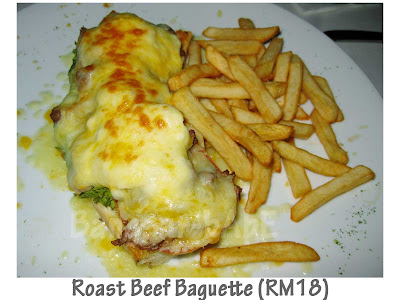 On the other hand, the roast beef baguette was lip smacking! That’s because I’m a beef lover. Thinly sliced roast beef on a thick, soft baguette and gooey cheese topping, what’s not to like? 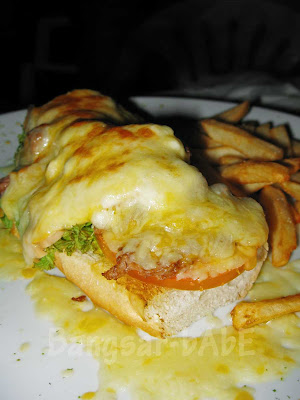 However, if you can’t take too cheesy food (like Shum & Jeen), stay away from it. I’ll have it all! Muahahaha… 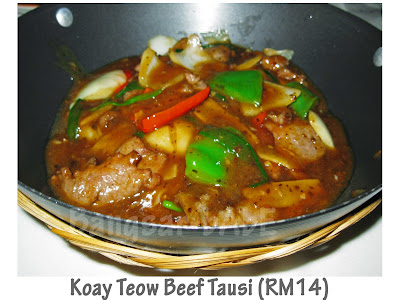 Another new addition to the menu is the Koay Teow Beef Tausi. Flat rice sheets, beef slices, bellpeppers and onions cooked with tausi (fermented black beans), this was very Chinese, and very nice. It tasted like a cross of wat tan hor (probably why I loved it so much) and beef in black bean sauce. I had two helpings…*gasp* 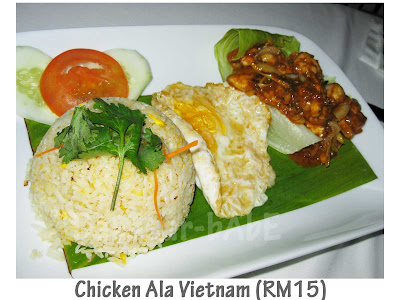 The Chicken Ala Vietnam was just alright for me. While the chicken cooked with spices (I detected lemongrass) was quite nice, I found the combination too mild. I like my food rich, hearty and fully flavoured. 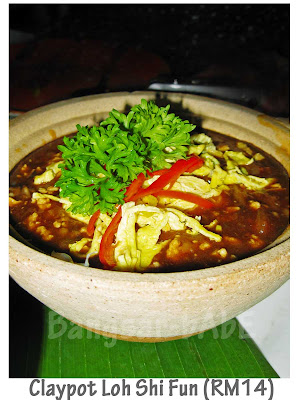 Served piping hot, the aromatic Claypot Loh Shi Fun is another old favourite. Topped with shredded egg, the thick gravy was full of savoury minced chicken and sliced mushrooms. This would make a good comfort dish on rainy days. 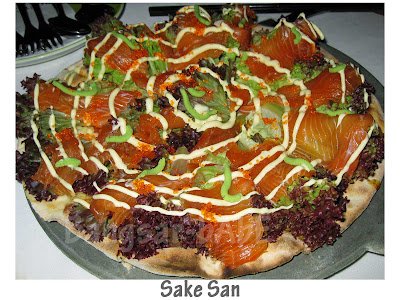 The Sake San (Salmon Pizza) is a thin-crust pizza topped with salmon slivers, ebiko (fish roe), wasabi, mayonnaise and lolorosso. I liked how the mild wasabi and mayonnaise complemented the salmon slivers. 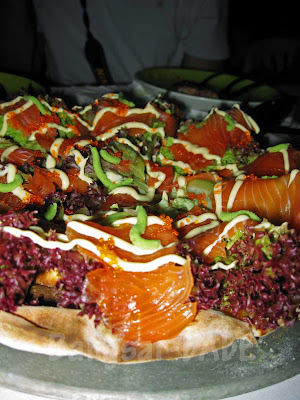 Each individual fish roe “pops” in the mouth, releasing a hint of salty, slightly fishy flavour. The lolorosso added a refreshing and crunchy twist to the pizza topping. I enjoyed this very much. 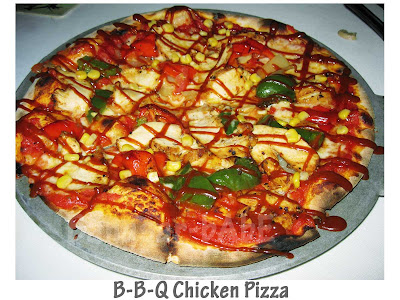 I didn’t quite like the B-B-Q Chicken pizza. The BBQ sauce overpowered the rest of the toppings, so that was all I could taste. The whole sauce-topped combination was too heavy. 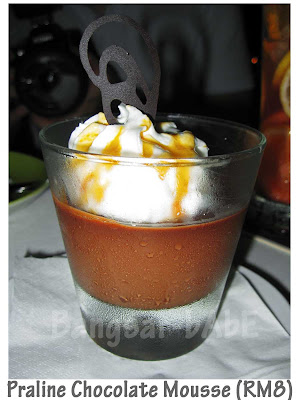 The Praline Chocolate Mousse was rich and dense, maybe a little too rich after our rather heavy meal. But if you had a light meal, this would be good. 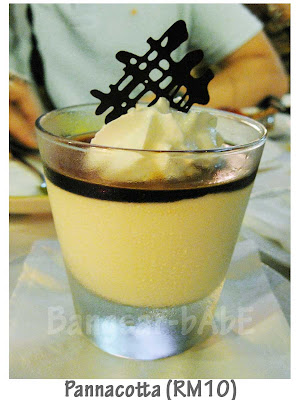 I tried a bit of Pannacotta with caramel, and found the texture light and silky. It wasn’t overly sweet – ideal for those who can’t take too sweet desserts. Between the two, I prefer the Chocolate Mousse. 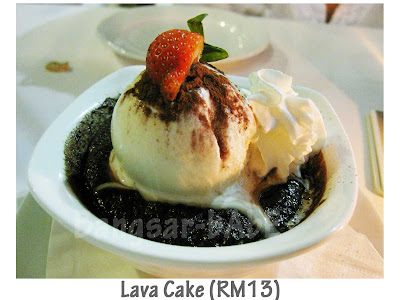 What stole the spotlight was the Lava Cake. Topped with Haagen-Dazs ice cream, the cake was warm, dense and moist. As stuffed as I was, it was too good to resist! 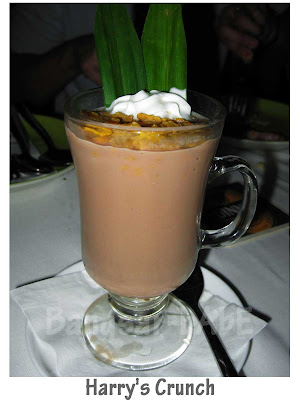 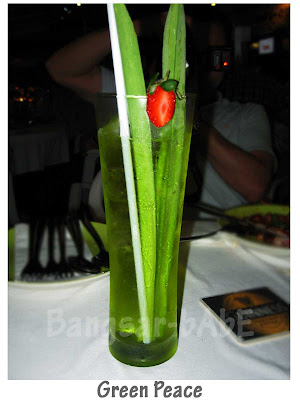 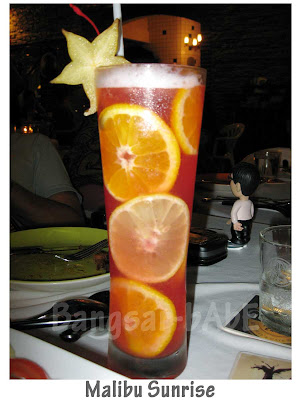 I enjoyed the dinner, especially my two very alcoholic drinks, Koay Teow Beef Tausi and Lava Cake. Thank you Jek, for inviting me, and Fanny, for your incredible hospitality. 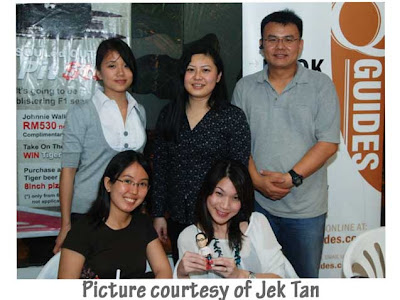 *SOULed OUT is running a Sir Lunch-a-lot Set promotion (Mondays – Fridays from 12-3pm) until 31st May 2009. It Aint Western cost RM15++ while It Aint Eastern is RM18++. All sets come with a juice, main course and coffee/tea.