Finding a reputable tai chow restaurant is becoming more and more difficult for Jien and myself these days, as our standards have become rather high after this and this. Still, we’re always on a lookout for reliably good restaurants because “the more, the better”.

Our friend told us about Good Taste in Taman Connaught – said to serve good pork ribs with mantau bun among many other specialty dishes. We paid Good Taste a visit with my in-laws so I got to try more dishes on the menu. 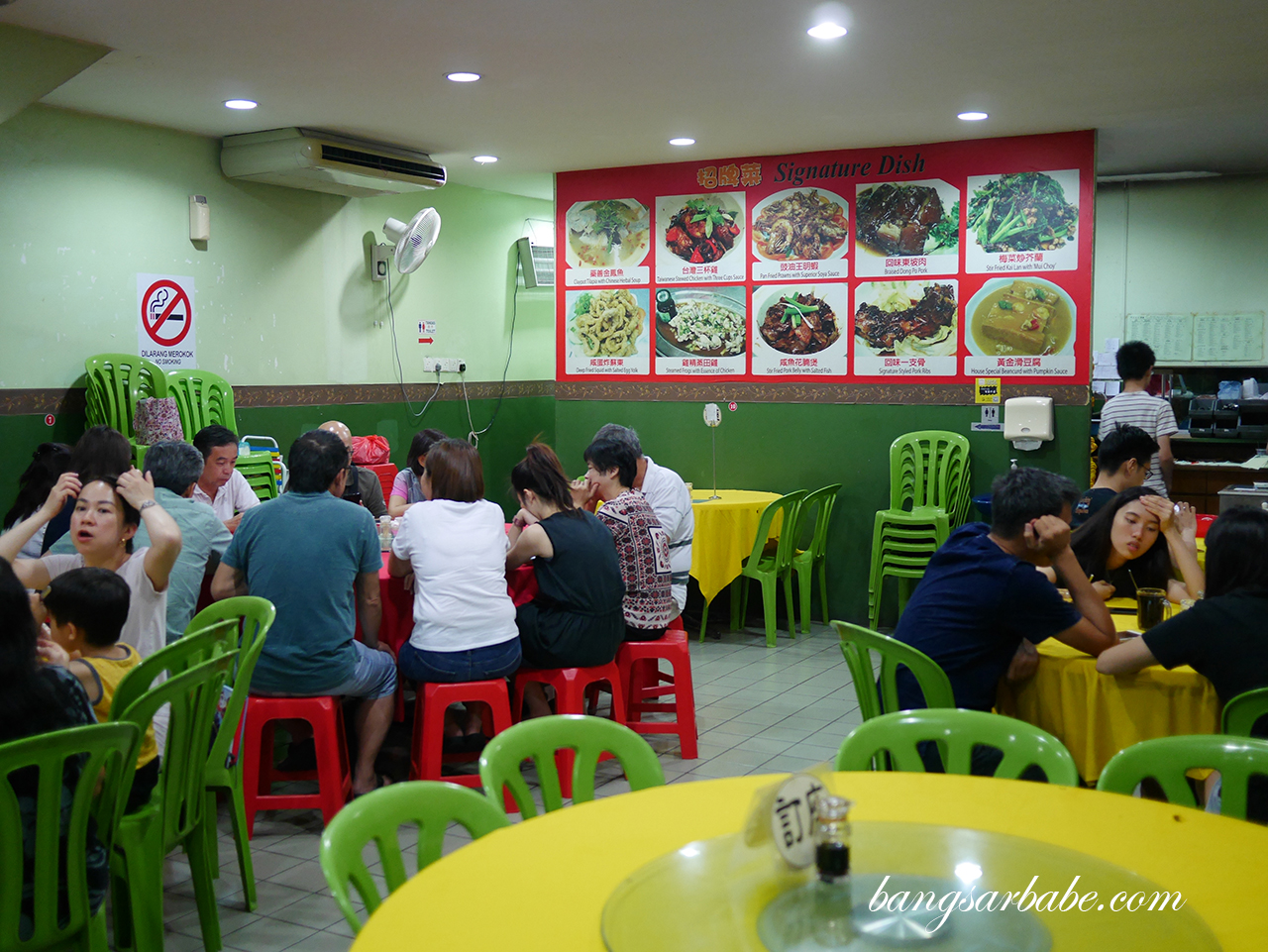 Dinner crowd — waiting more than 45 minutes for your food is common during peak hours.

It’s best to arrive at Good Taste before 7pm, because it gets really crowded later on. We got there at 7pm and still had to wait a good 35-40 minutes for our food. I reckon the Cheras folks eat their dinner really early (6pm) or much later (8.30pm or so). We ordered six dishes to try that night – signature pork ribs with mantau (RM26), stir-fried kailan with mui choy (RM16), house special beancurd with pumpkin sauce (RM14), Taiwanese stewed chicken (RM17), salted egg yolk squid (RM22) and fish-flavoured eggplant pot (RM16). 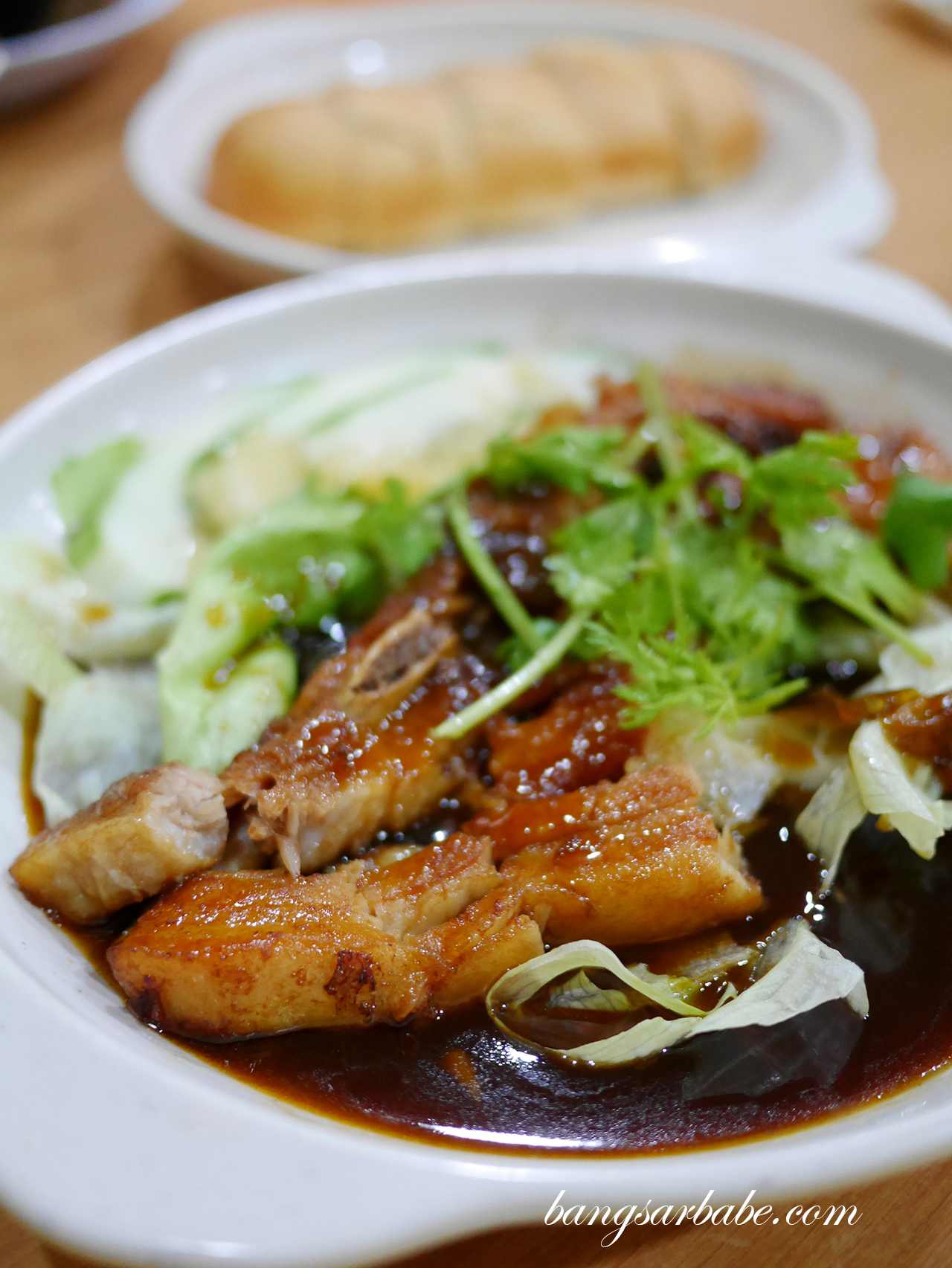 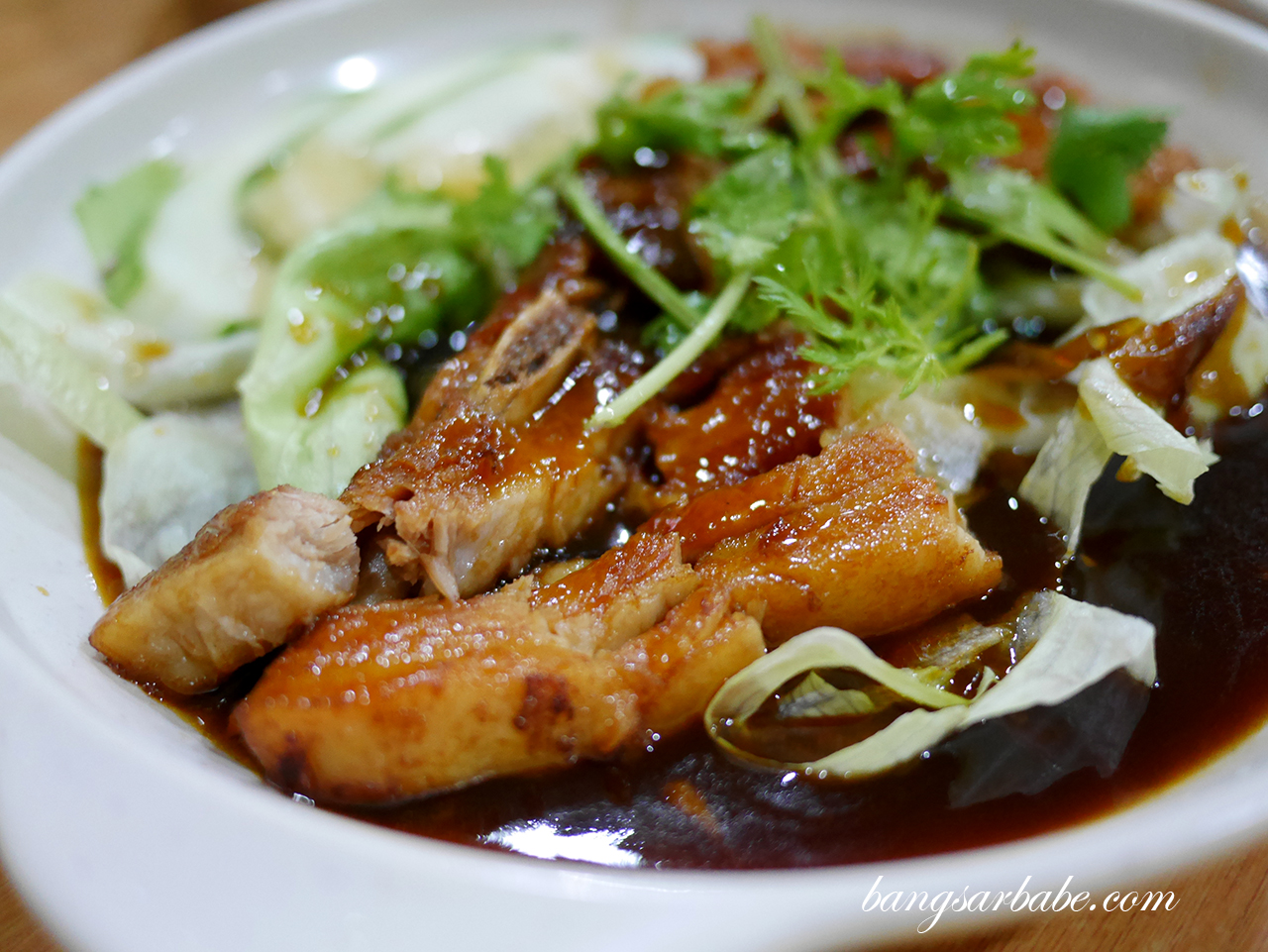 Pretty ambitious for just four adults, but we made sure we ordered small portions so it wasn’t too difficult to finish them all. The pork ribs seem to lack depth and caramelisation, which I look for when eating such a dish. Good Taste’s version is more subdued in flavour, possibly catering to the taste bud of older folks. As such, I didn’t find it particularly exciting; not even with the fried mantau. 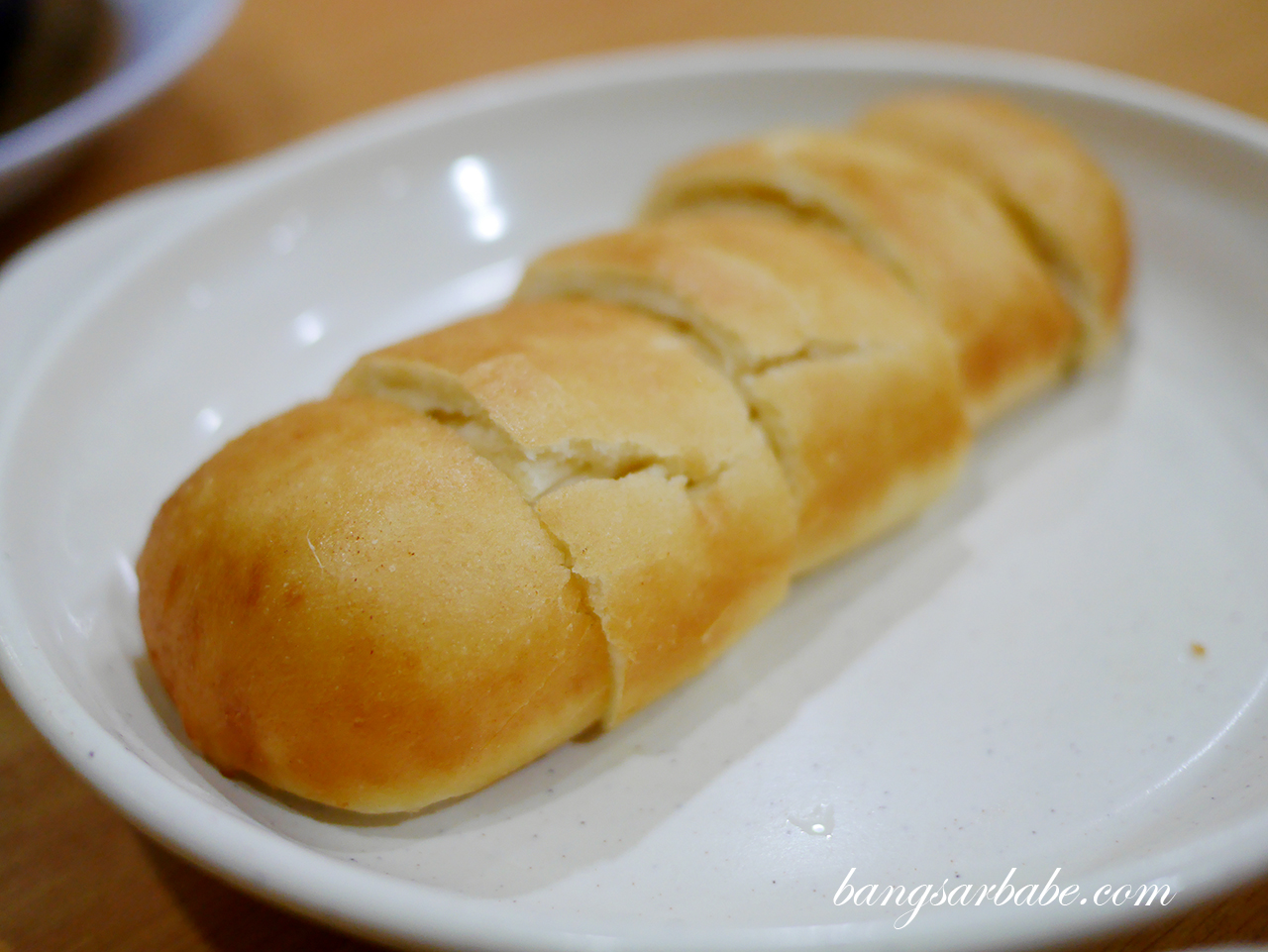 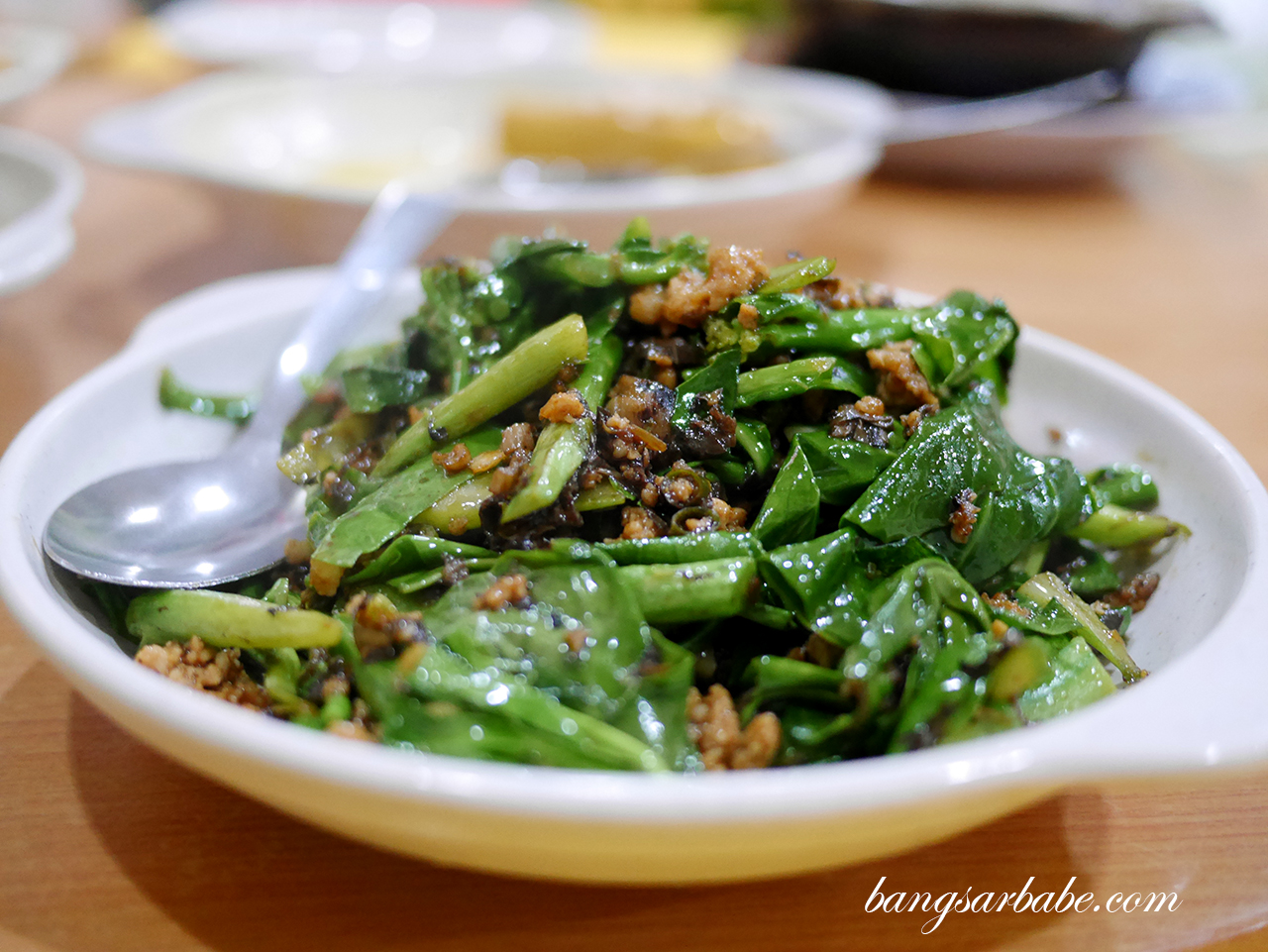 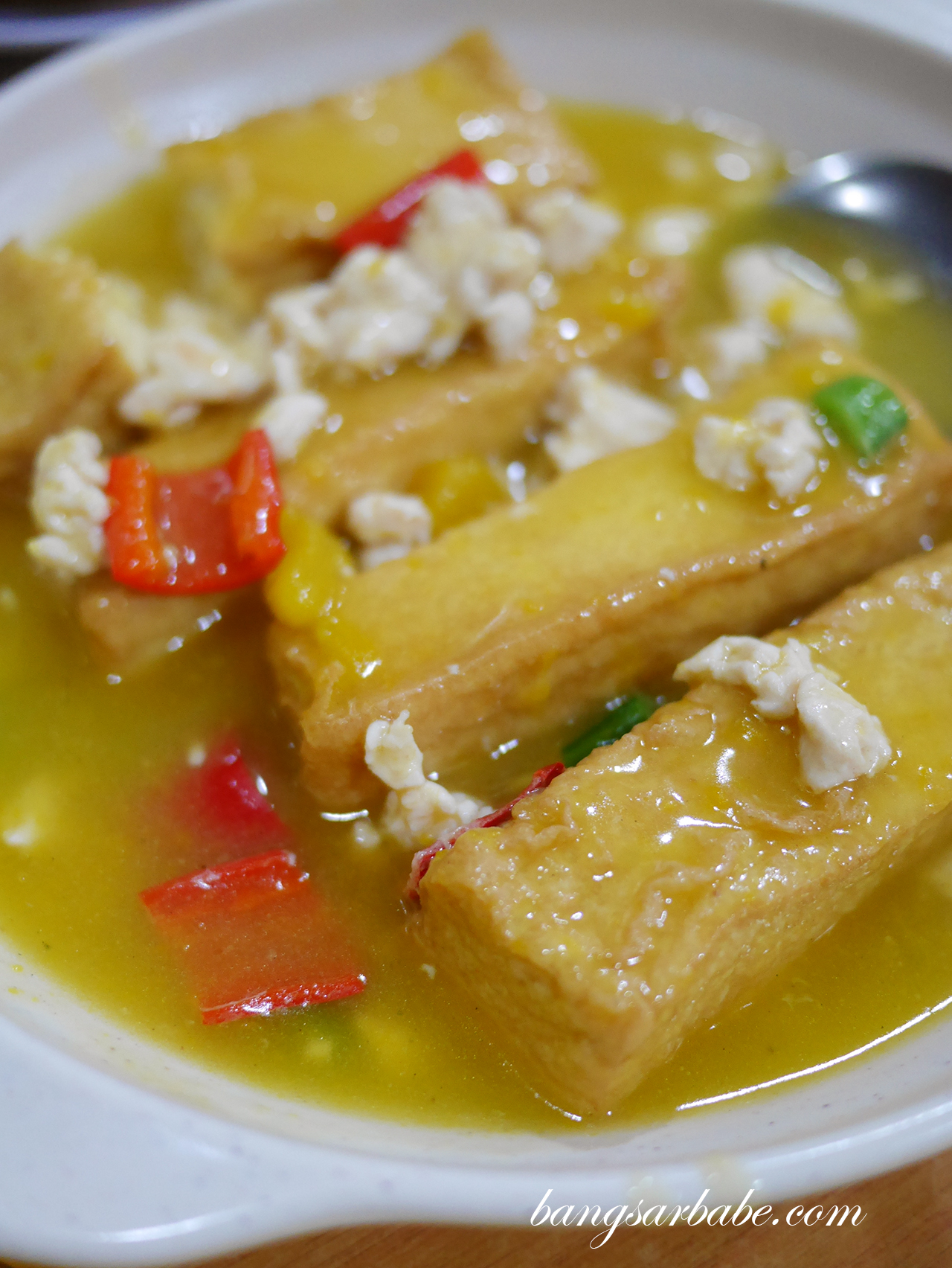 Stir-fried kailan with mui choy is quite tasty and a rather interesting combination. You get a nice bite from the just-cooked kailan, and that tangy-savoury preserved flavour from the mui choy. Light, yet full of flavour, this one. I’m not as impressed with the beancurd with pumpkin sauce – again, this leans towards the lighter spectrum of flavour. The pumpkin gravy isn’t as thick and creamy as I hoped it would be. 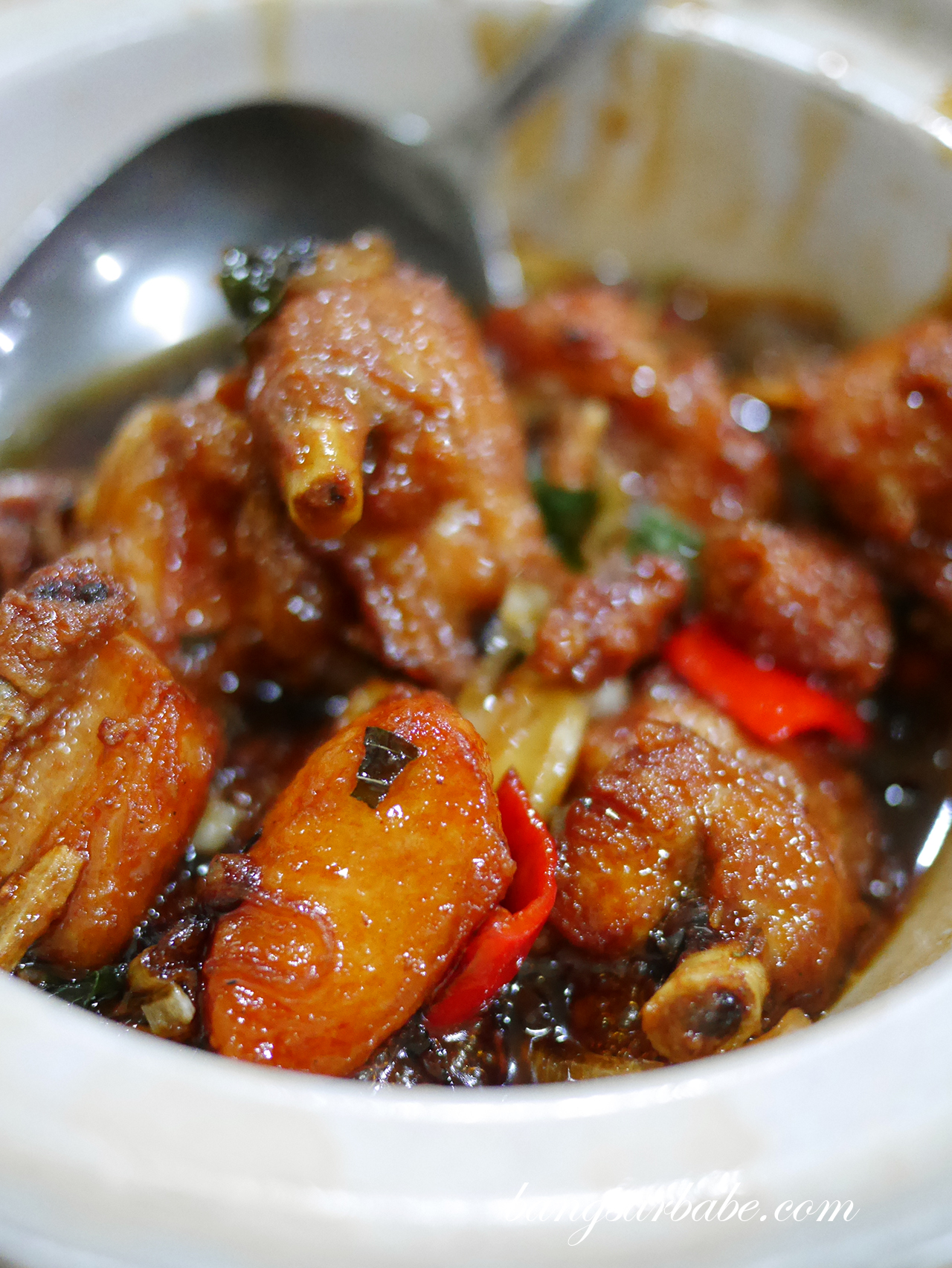 Good Taste offers a wide range of dishes boasting various cooking methods, like the Taiwanese stewed chicken with three-cup sauce which comes sizzling in a claypot. If you’re expecting thick, caramelised gravy with plenty of aroma and sweetness from basil leaves, you will be disappointed. Instead, expect a stew of chicken pieces in a lighter gravy of soy sauce, rice wine and sesame oil. I was expecting the former so it was a bit of a letdown. 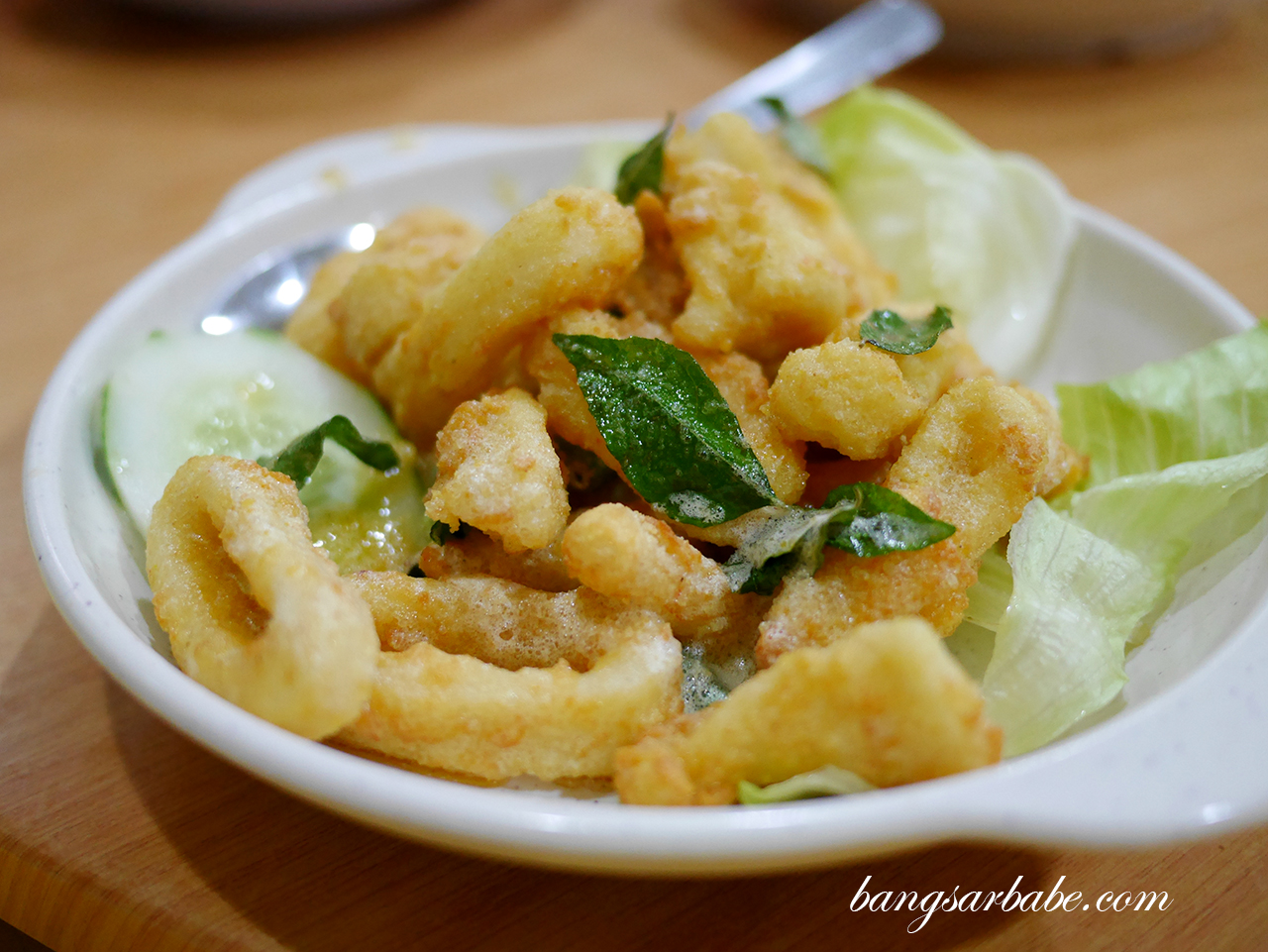 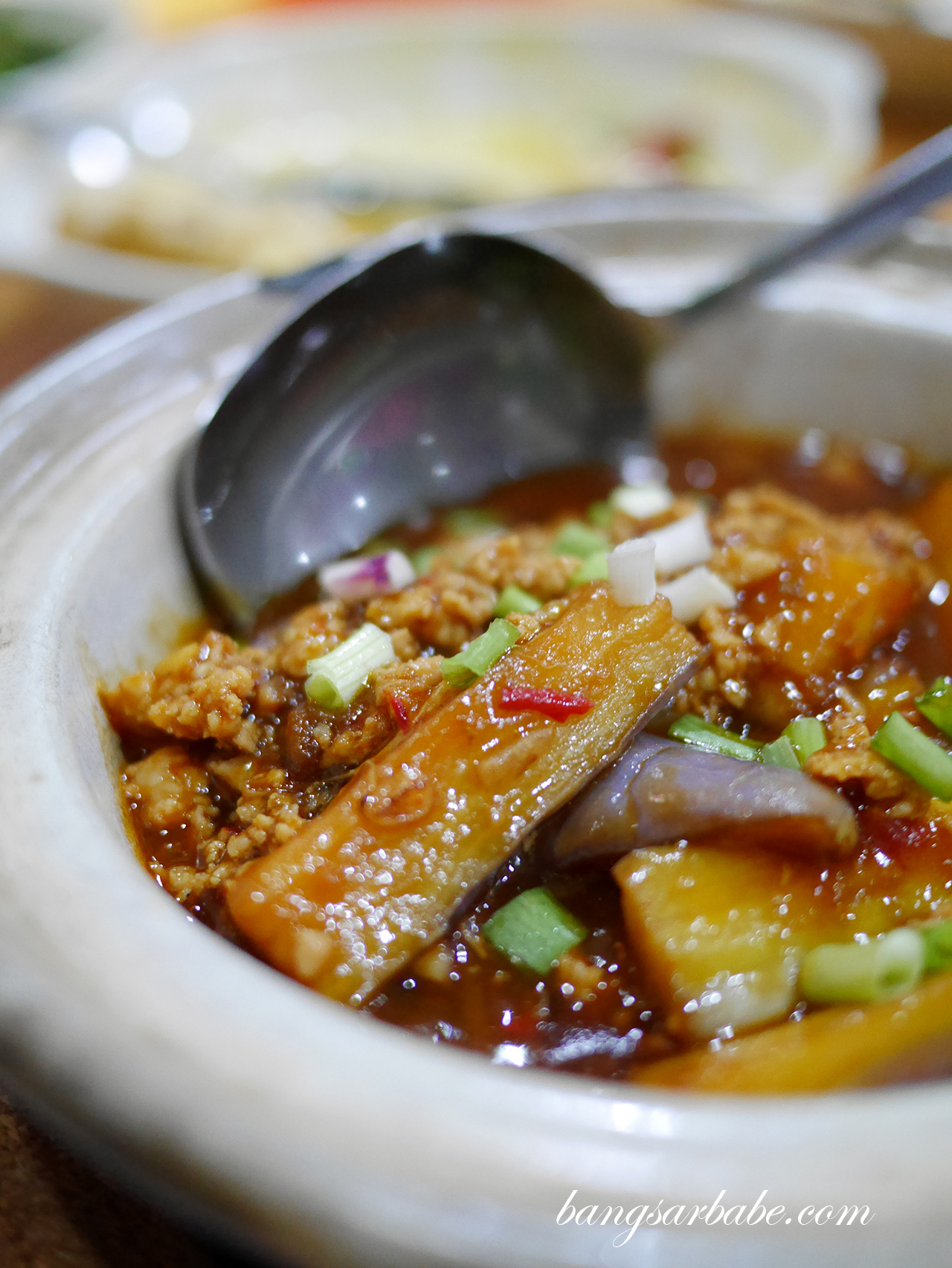 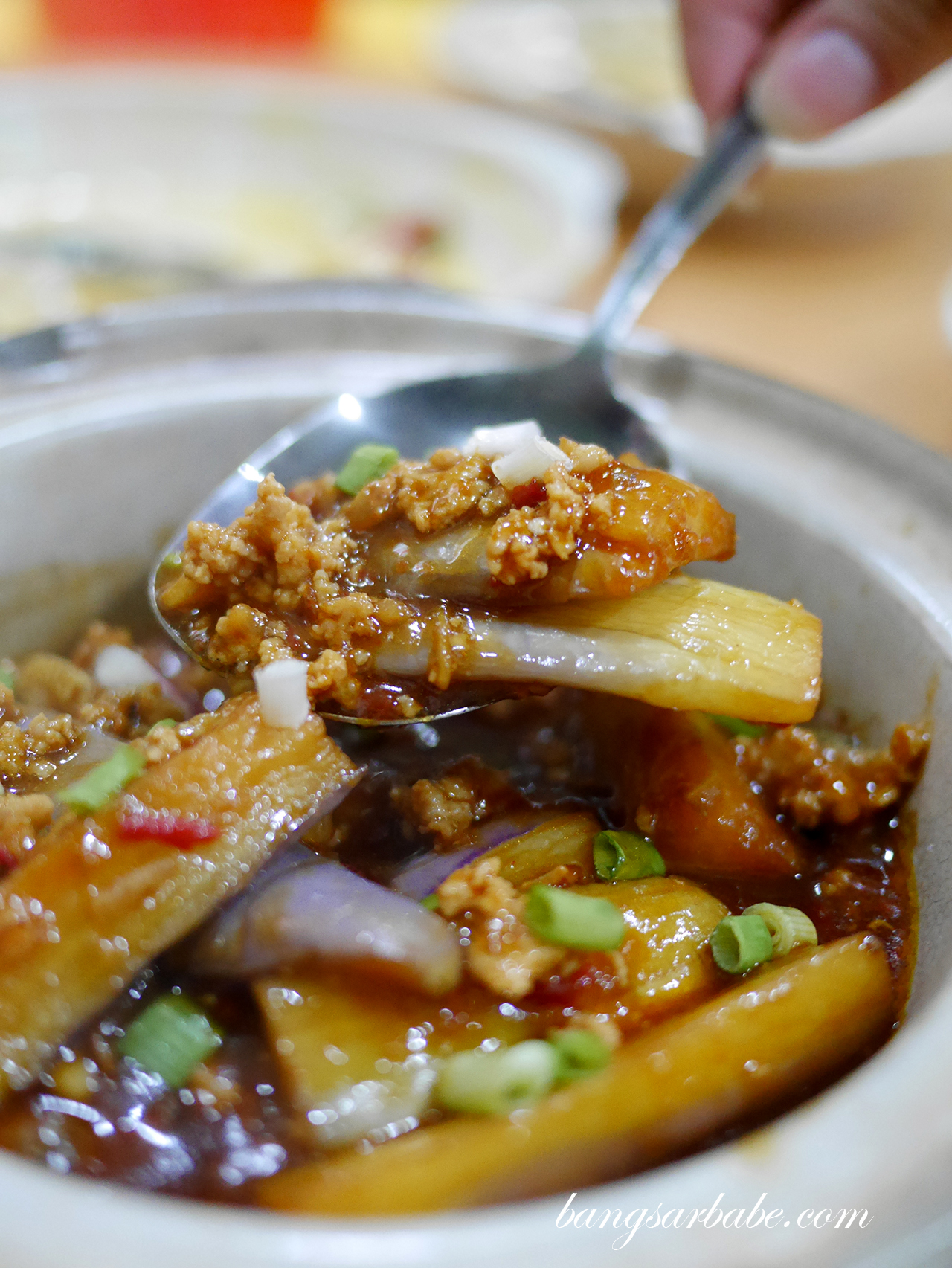 The salted egg yolk squid is quite decent – tender squid rings coated in a light ‘case’ of salted egg yolk mixture. Again, depending on preference, you’ll either like it. Or not. I wished the eggplant pot would pack more “oomph” that it did. It was not bad at all, but nothing great either. The eggplant was tender enough but the gravy lacked umami (I can’t think of a better word) and caramelisation which one would expect in a claypot dish. 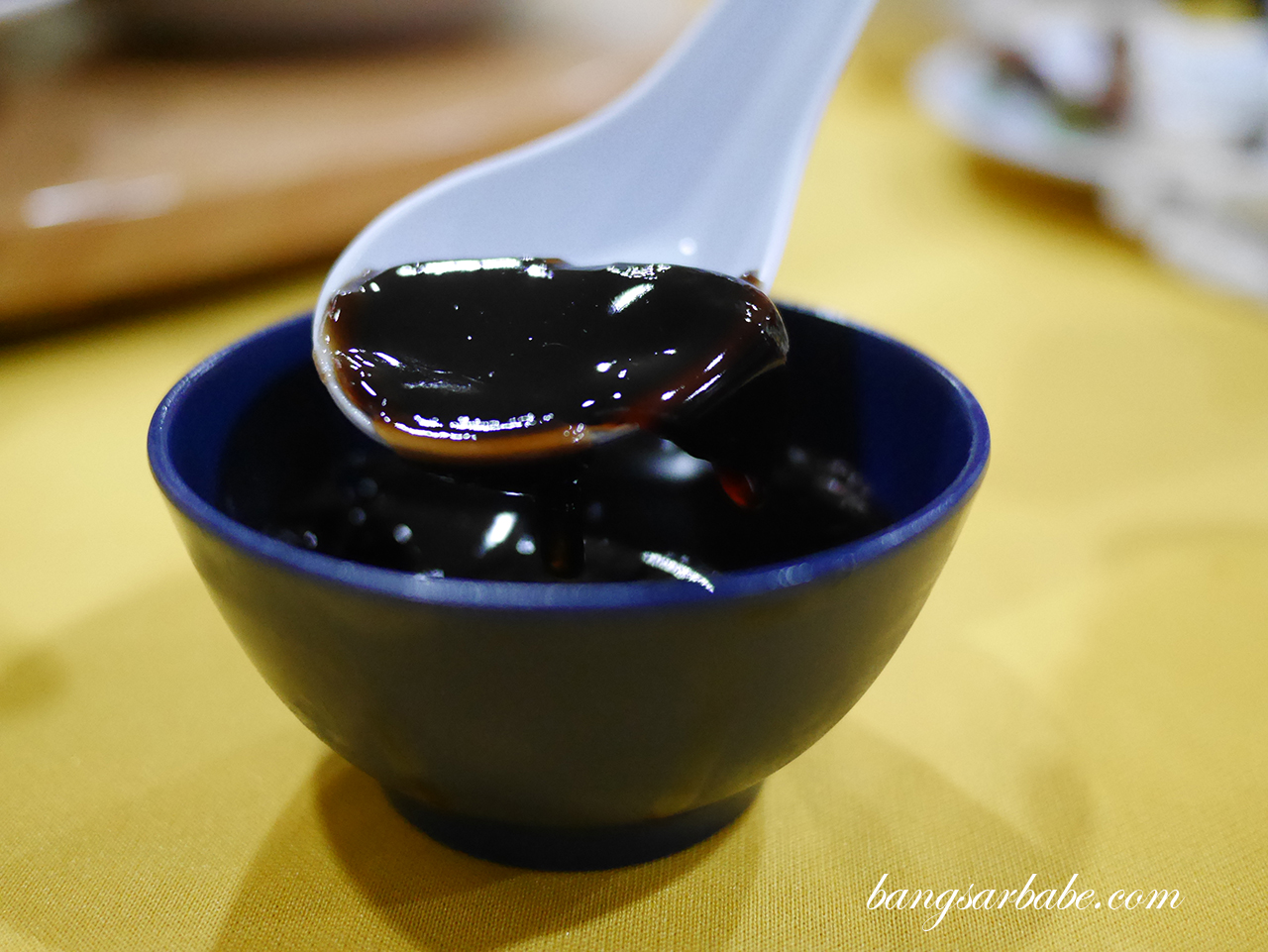 Our bill came up to about RM120 for all the above and I do find the food quite good value and portions, fair. That said, the flavours don’t quite suit my taste bud as I find most of the dishes rather mild-tasting and lacking depth from the wok fire and caramelisation of sauces. Perhaps they were in a hurry to serve customers. Or perhaps, the food is really catered to older folks who want things a wee bit less greasy, less salty and less indulgent. 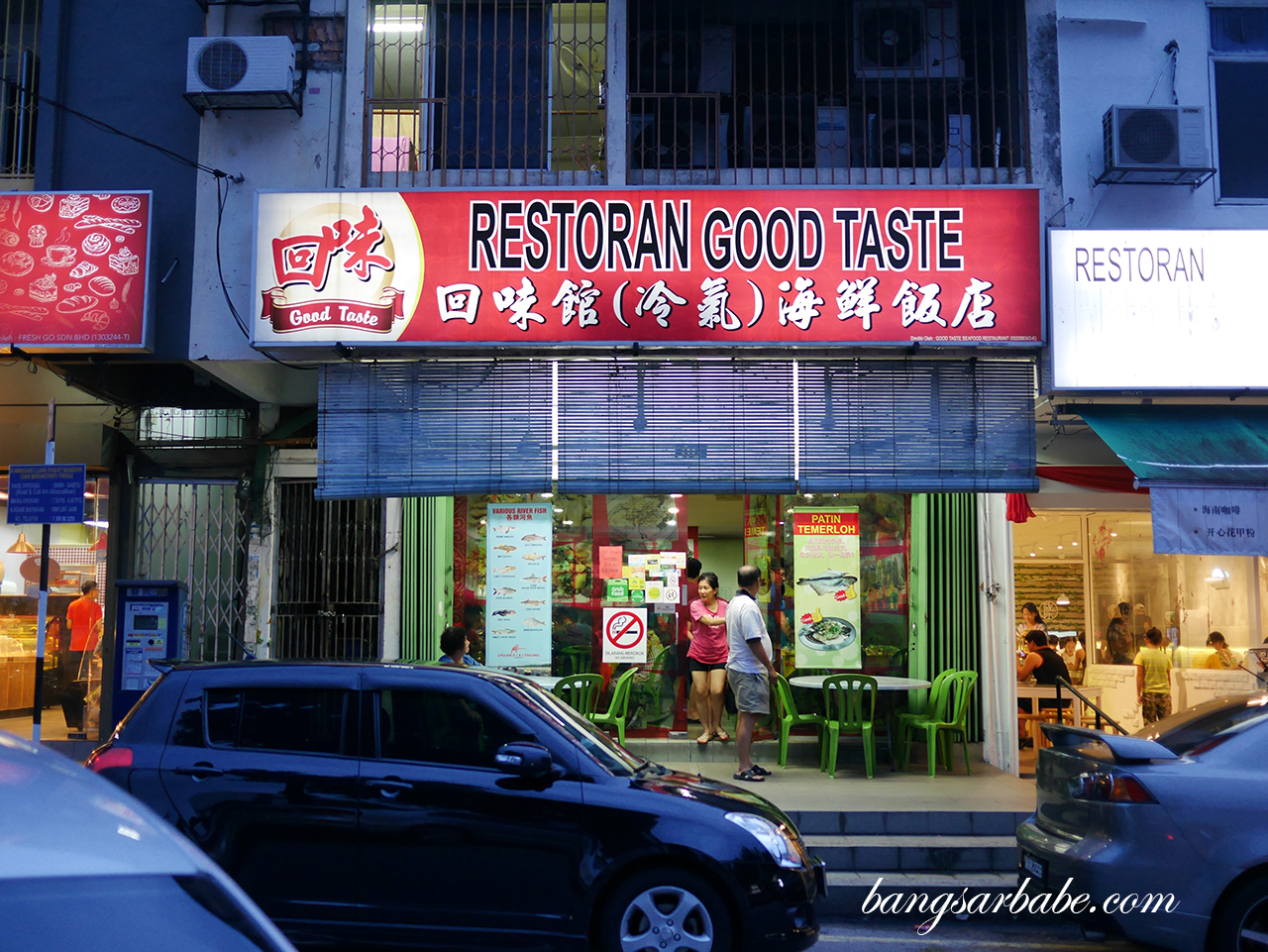