I first found out about Burnin’ Pit earlier this year, when Jien spotted a large smoker out front the restaurant when we drove past. Curiosity got the better of me and I popped by the restaurant with my friends to see what they had to offer before deciding to go again with Jien. 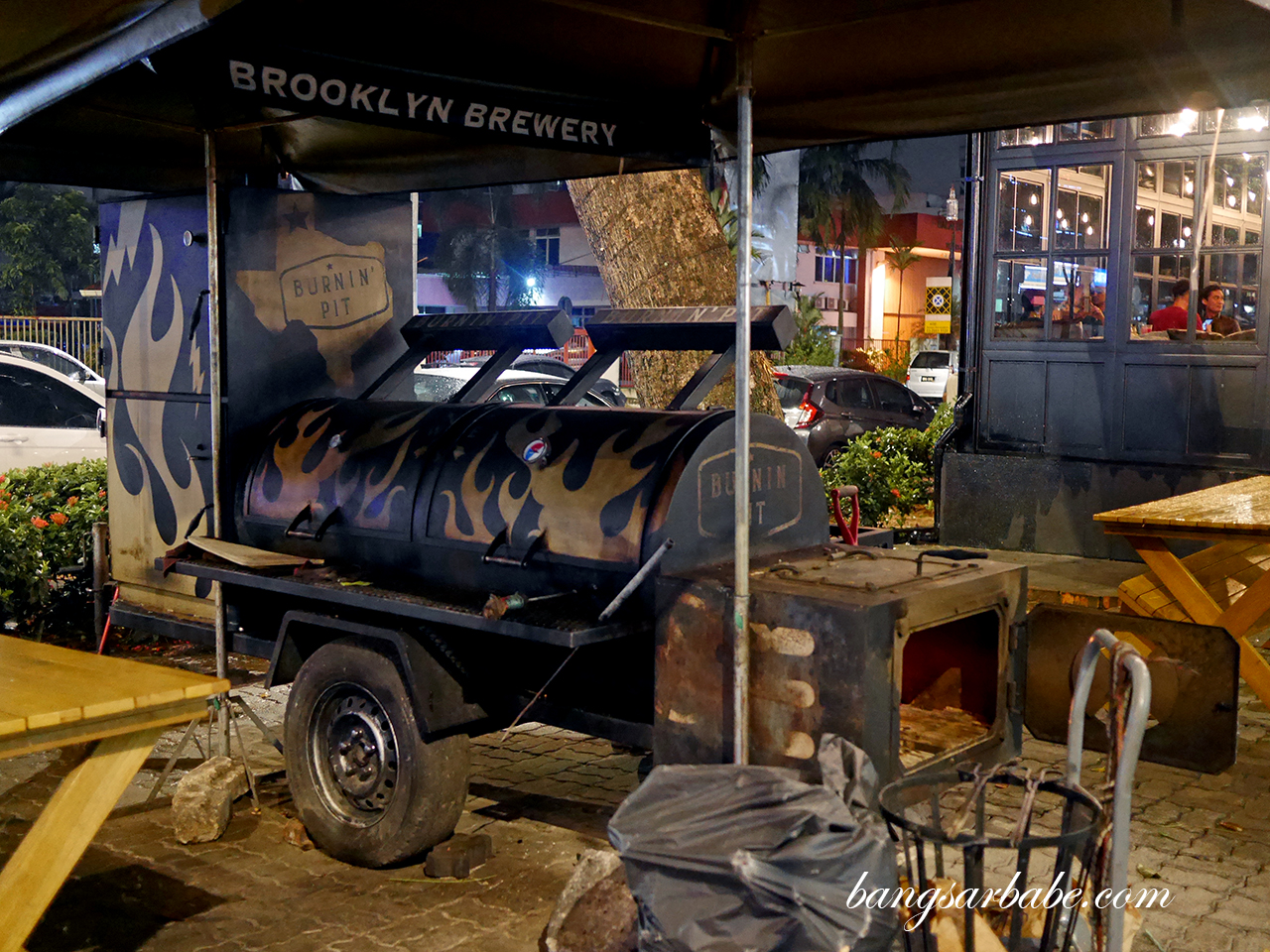 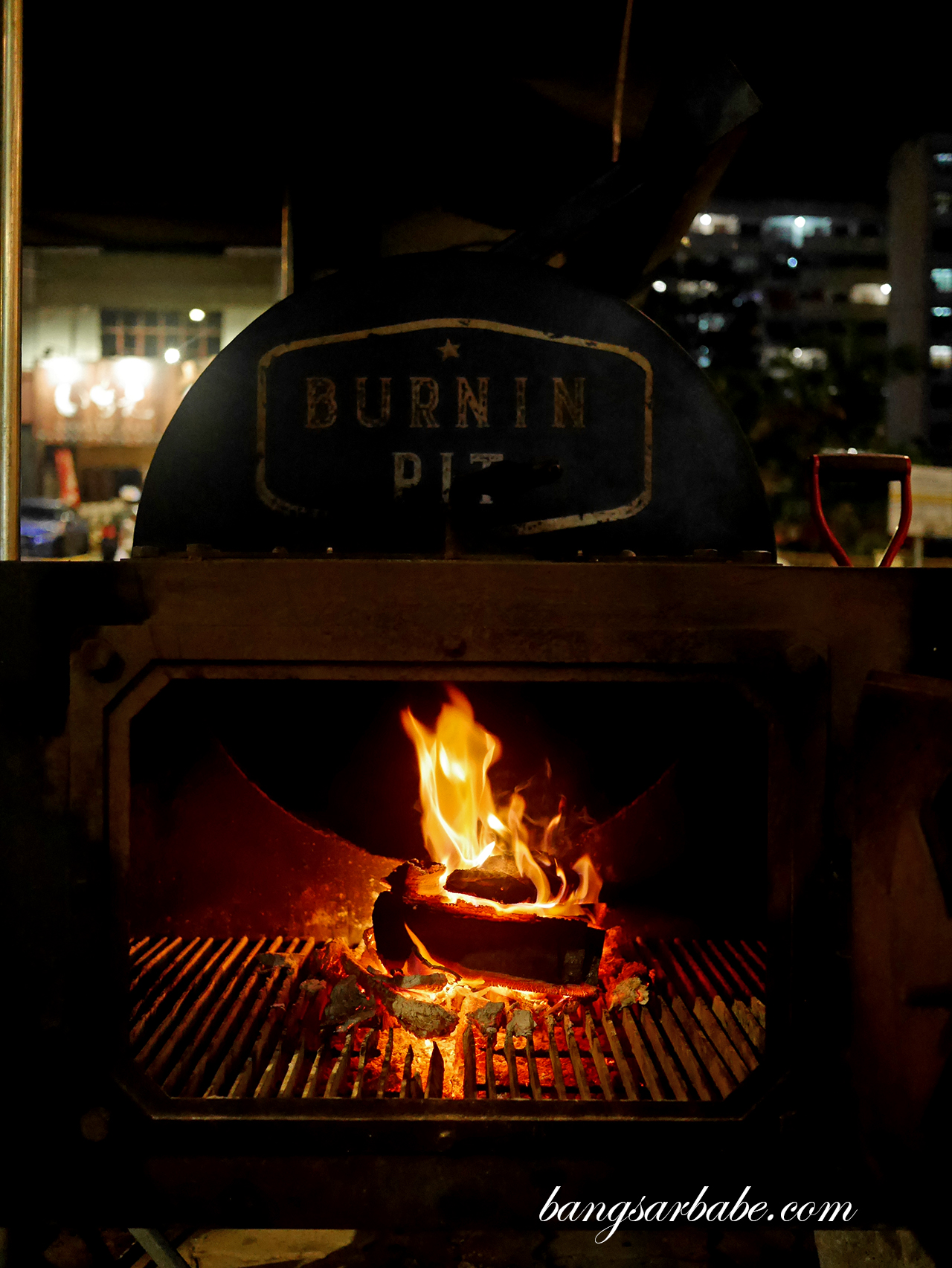 Alas, luck wasn’t on our side as they ran out of meats, so we had to settle for pasta and sliders instead. Service is friendly and apologetic, so I figured they deserved a second chance when the dust settles. 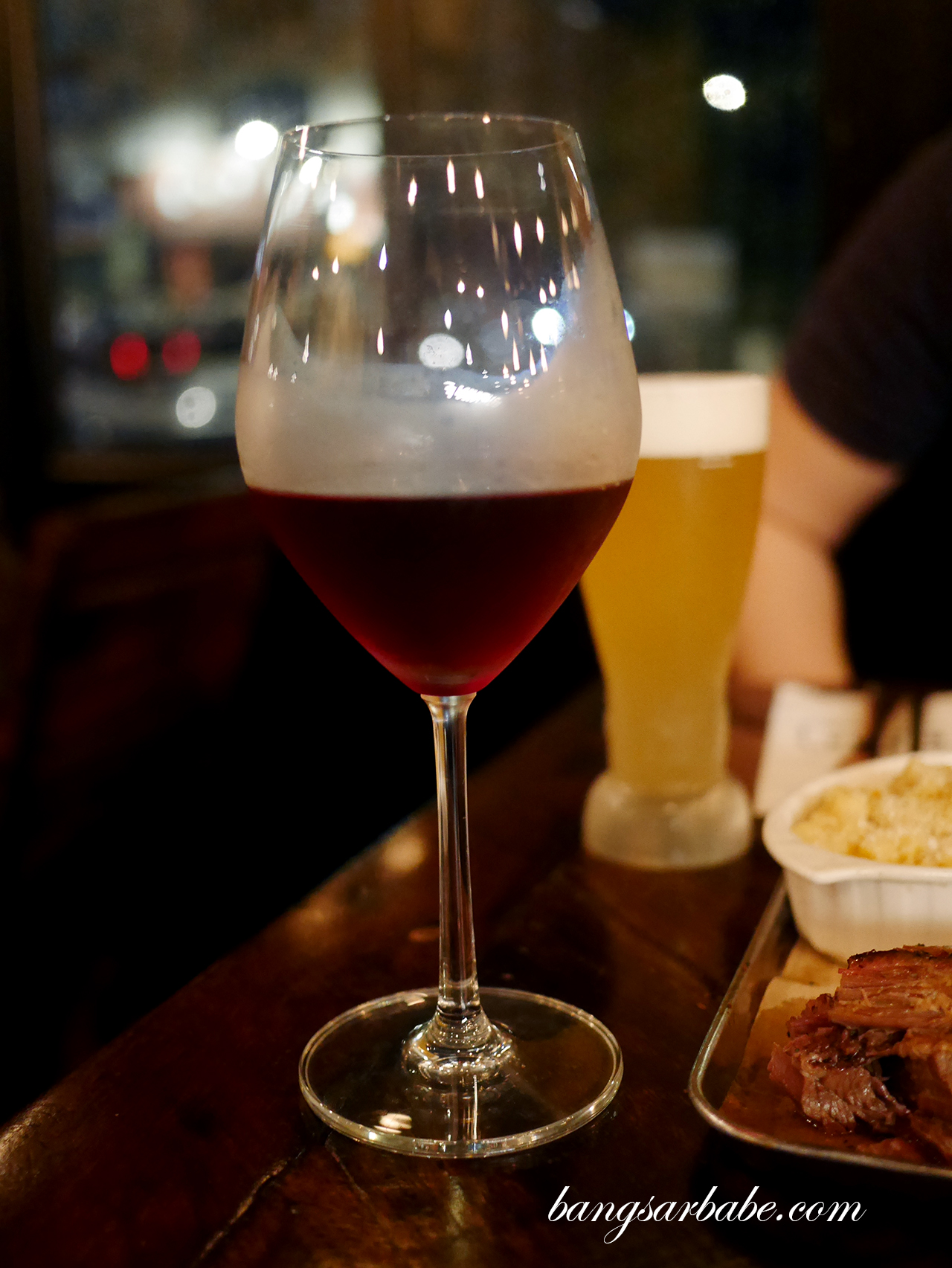 I called them up to pre-book my meats second time around as I didn’t want to risk anything. Plus, it was also Jien’s birthday and he wanted to try Burnin’ Pit for himself. Six months on, the place feels more settled and service is still as friendly as I remembered it to be. 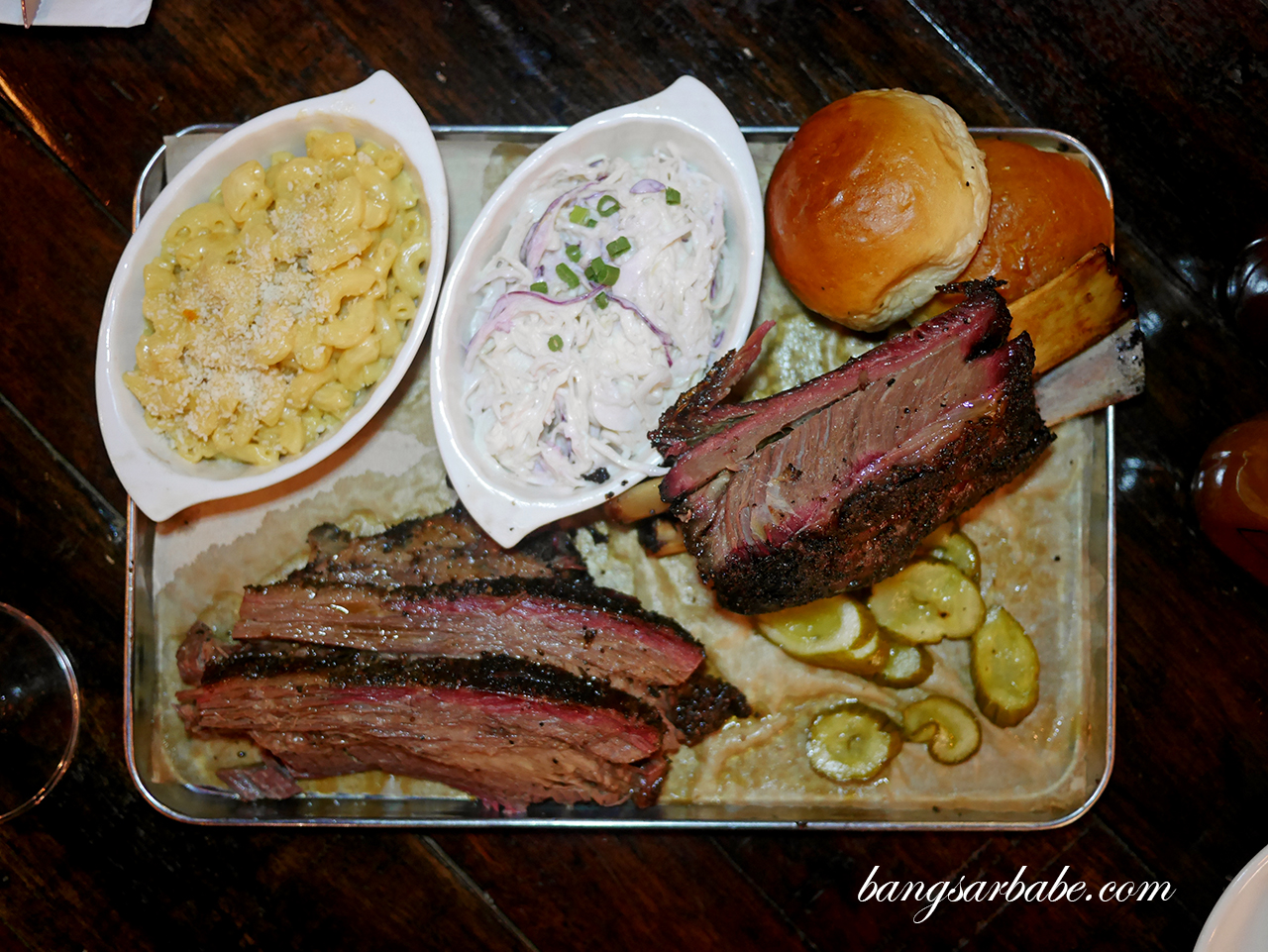 Then the meats arrived – with the sides of our choice of sides; Southern Slaw and Mac and Cheese (RM7.90 each). I ordered 500gms of beef ribs and 300gms of brisket to start. The meats are apparently slow cooked and smoked for 12 hours to create a deep, smoky flavour and aroma; I was excited. Jien too, because he’s a huge fan of Texan-style barbecue. 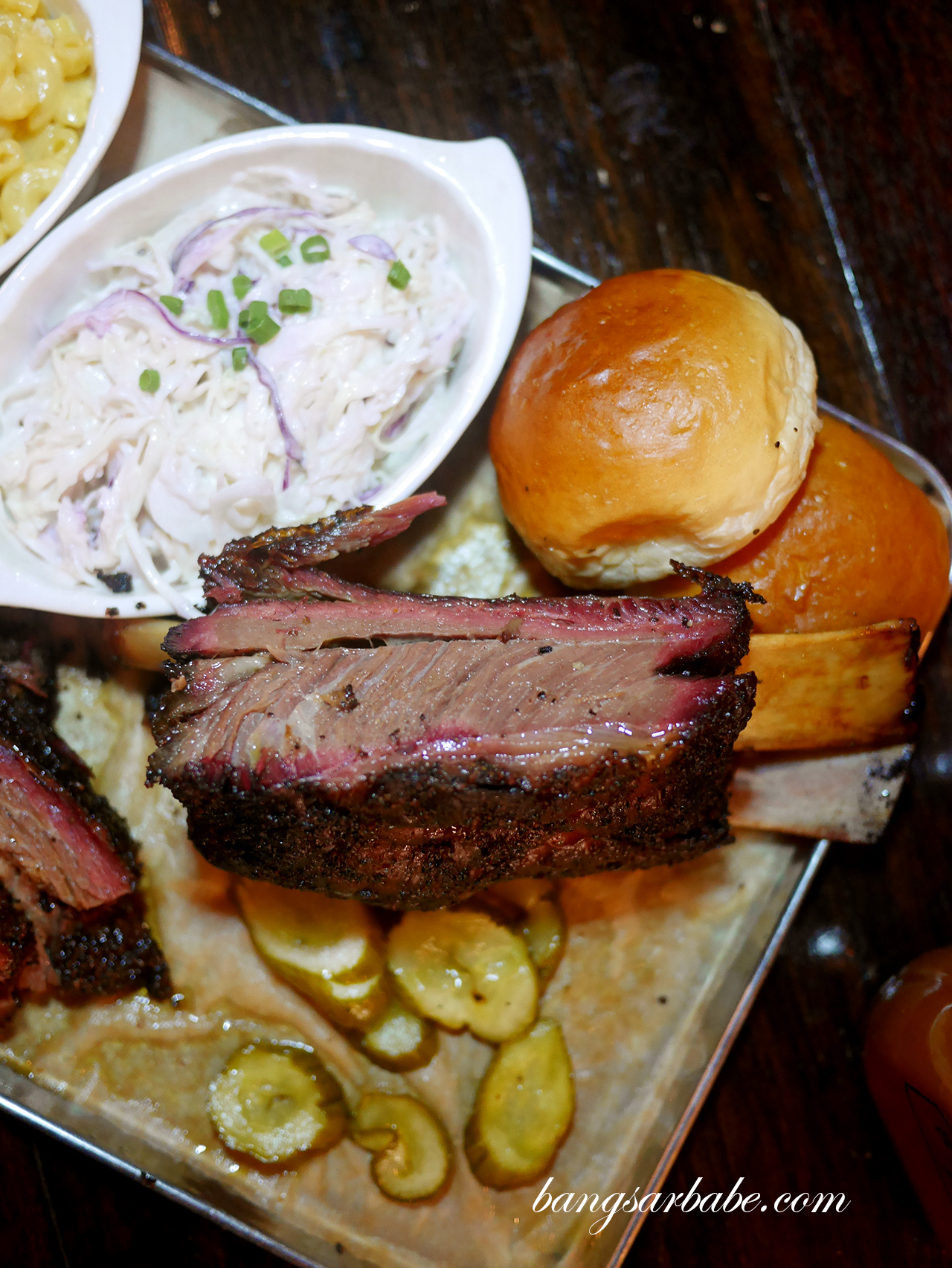 The ribs were dry, unfortunately

Wagyu is only available on Friday, Saturday and Sunday so if you’re aiming for that, do take note. The brisket, black at the crust and stubbled with coarse pepper has a beautiful brown shade at the inside with cherry-jam shade around the border. 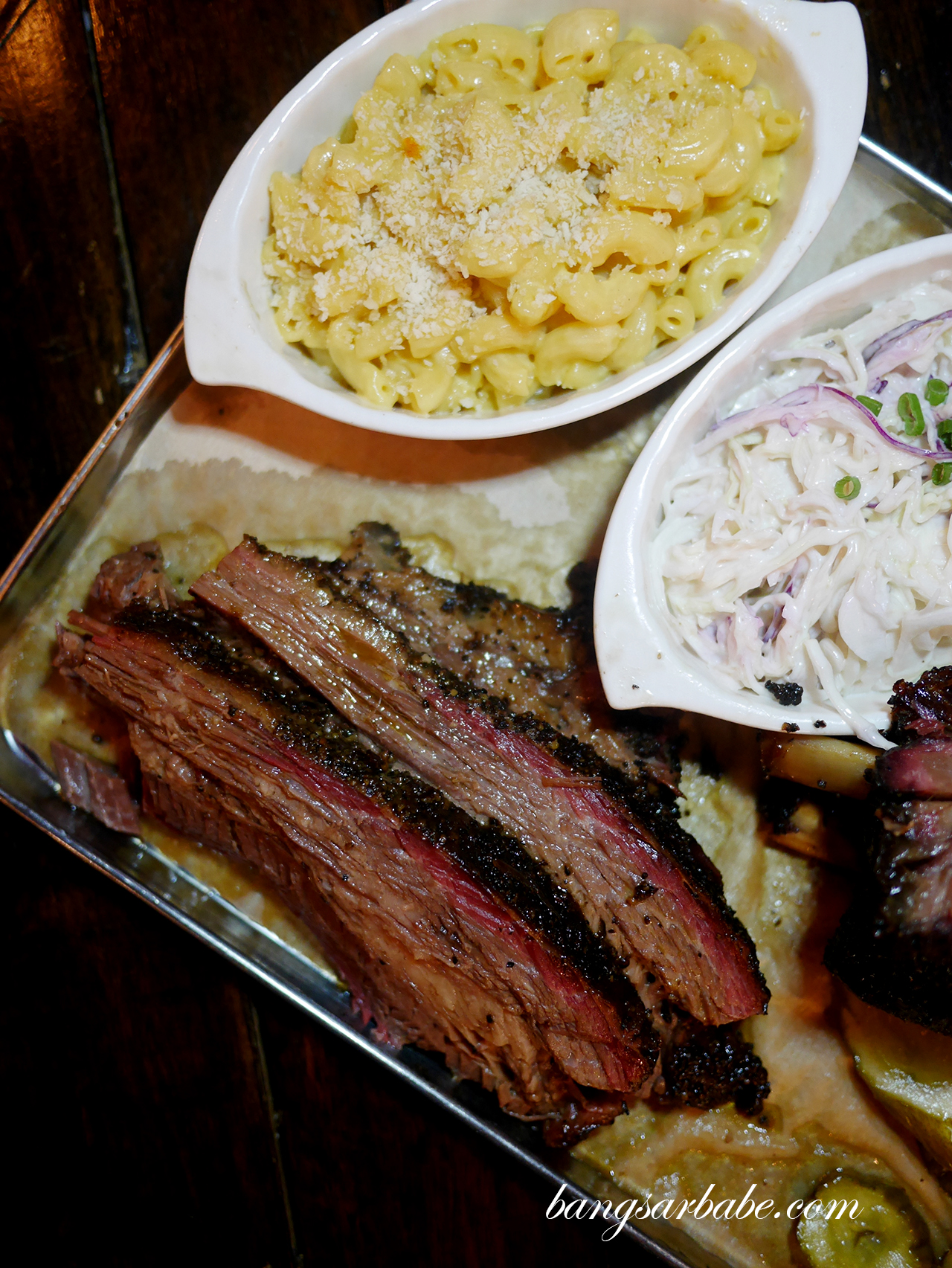 It was decent, but I was hoping the meat was more tender and smoky. You get a good whiff of post-burning steam when you bite into the brisket but as I work my way through the meat, I feel it could be more tender. We were quite disappointed with the ribs as they were dry and stringy. 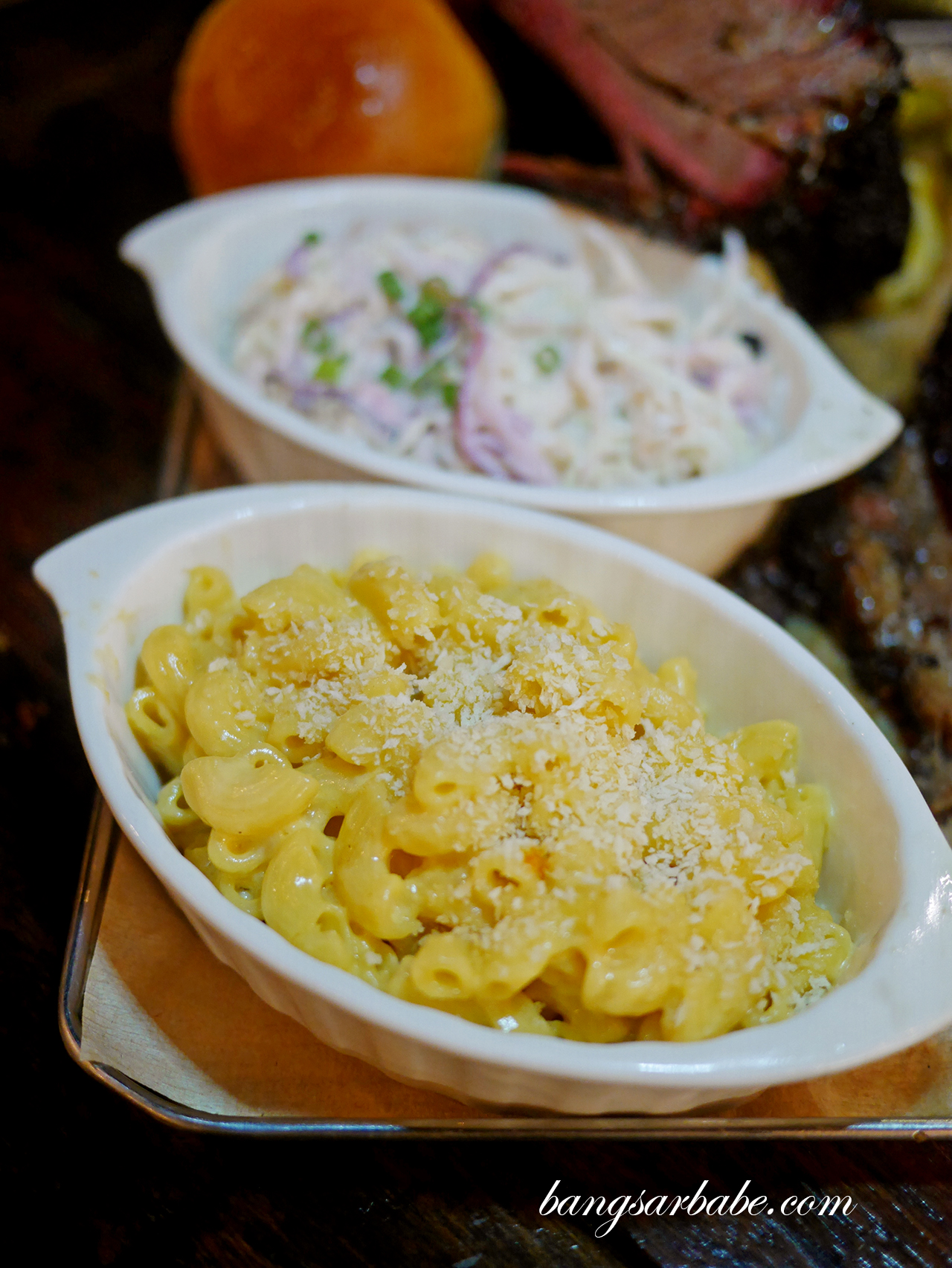 I get that the fundamentals of Texas barbecue is more dry than wet, but it should be fattier and more tender to a point no cutlery is required. Burnin’ Pit’s version isn’t quite up to par. Southern slaw is a good accompaniment to the meats I reckon; properly made with a good ratio of seasoning and dressing. The mac and cheese remind me of the ones in US – cheesy, rich and delicious. 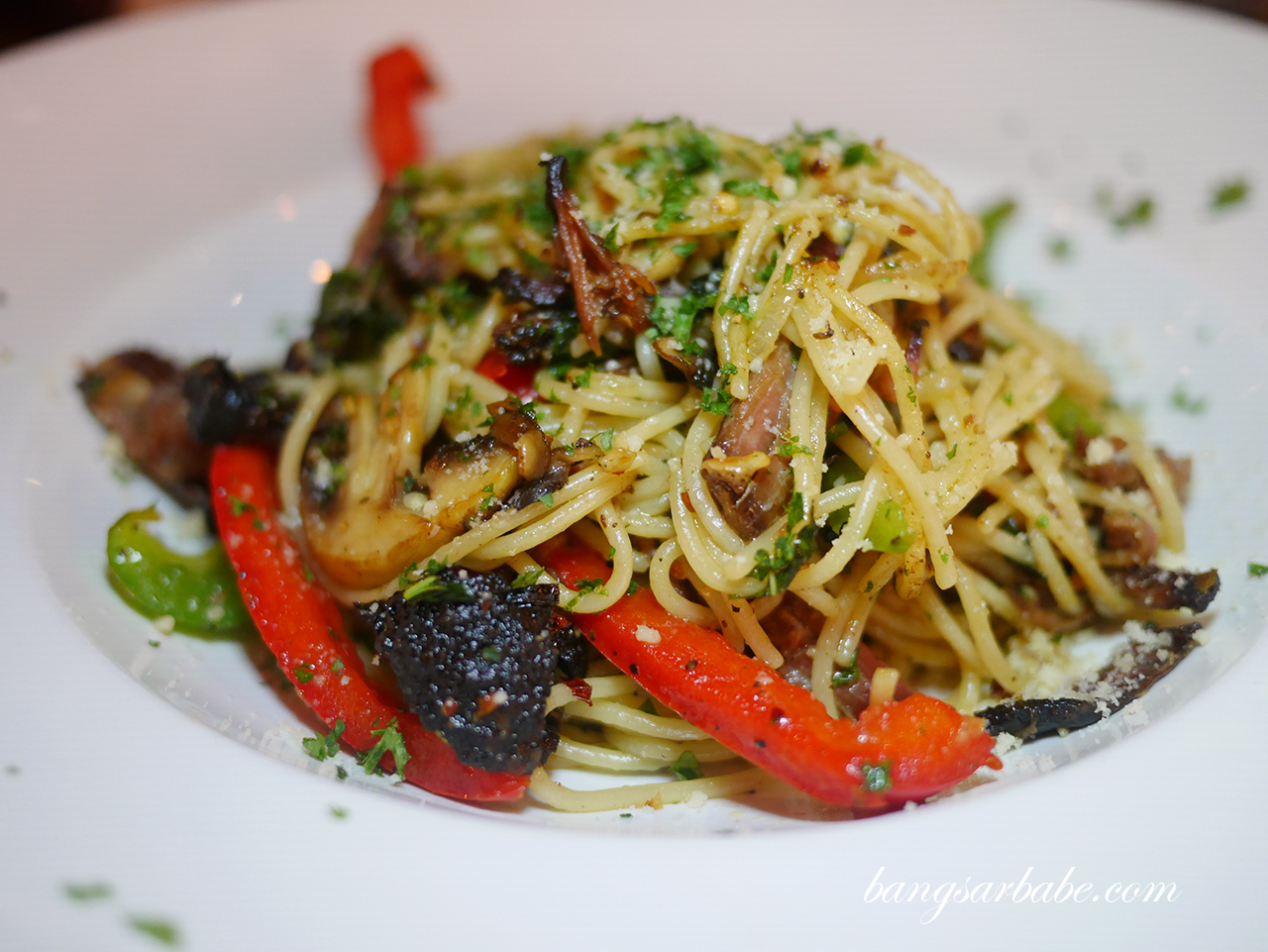 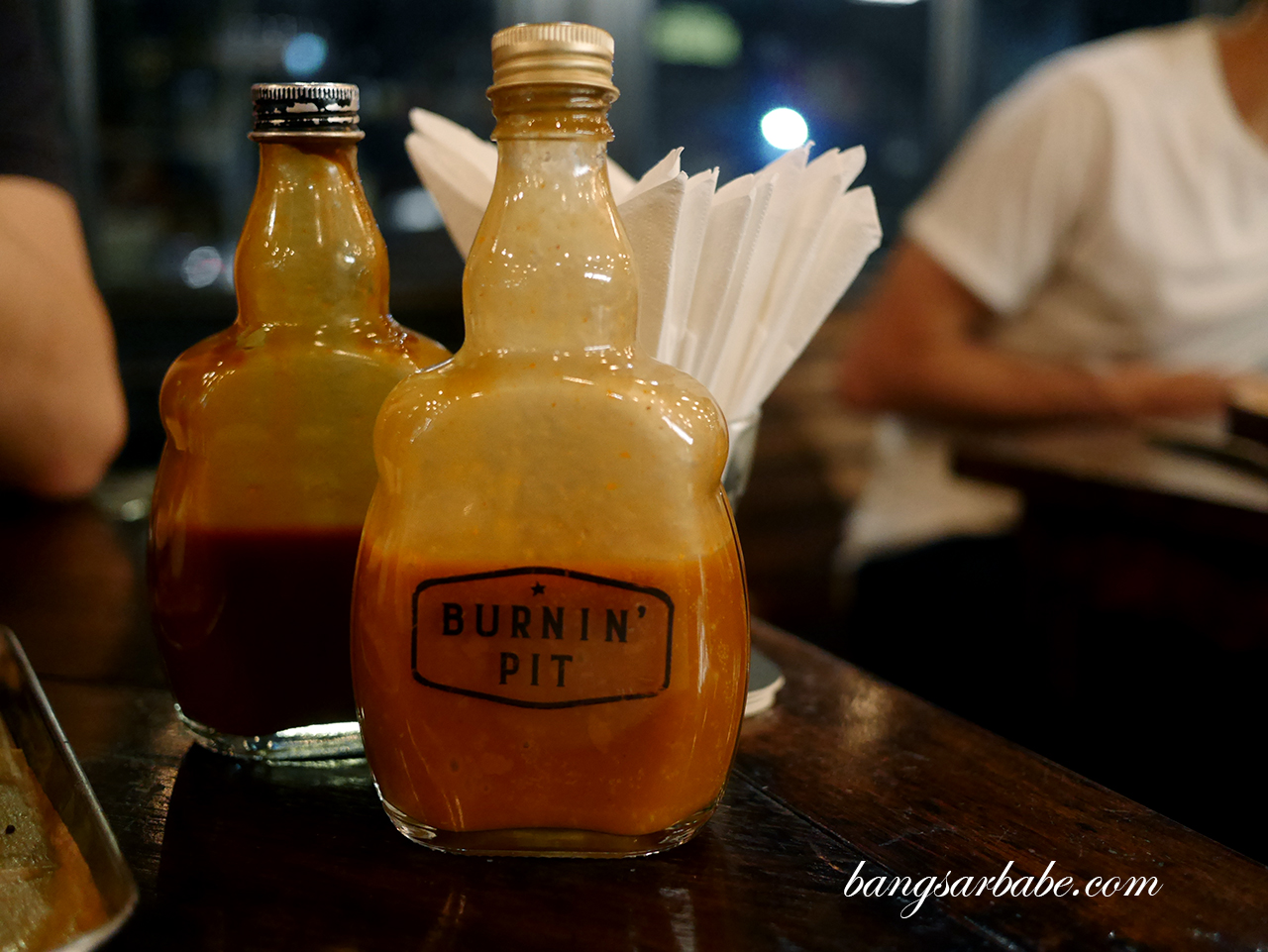 Homemade sauces, and spot how close the tables are to each other.

The smoked meat pasta (RM32) is prepared with your preferred meat cuts; ribs or brisket. Aglio olio is a better choice (I had tomato-base previously) but I still think it’s nothing to shout about. Good enough to fill the stomach though. Tables are placed rather close to each other so it’s easy to eavesdrop on the next table’s conversation. I overheard the guys to my right saying they didn’t enjoy the chicken. Funny seating arrangement, because the restaurant wasn’t packed when we went. 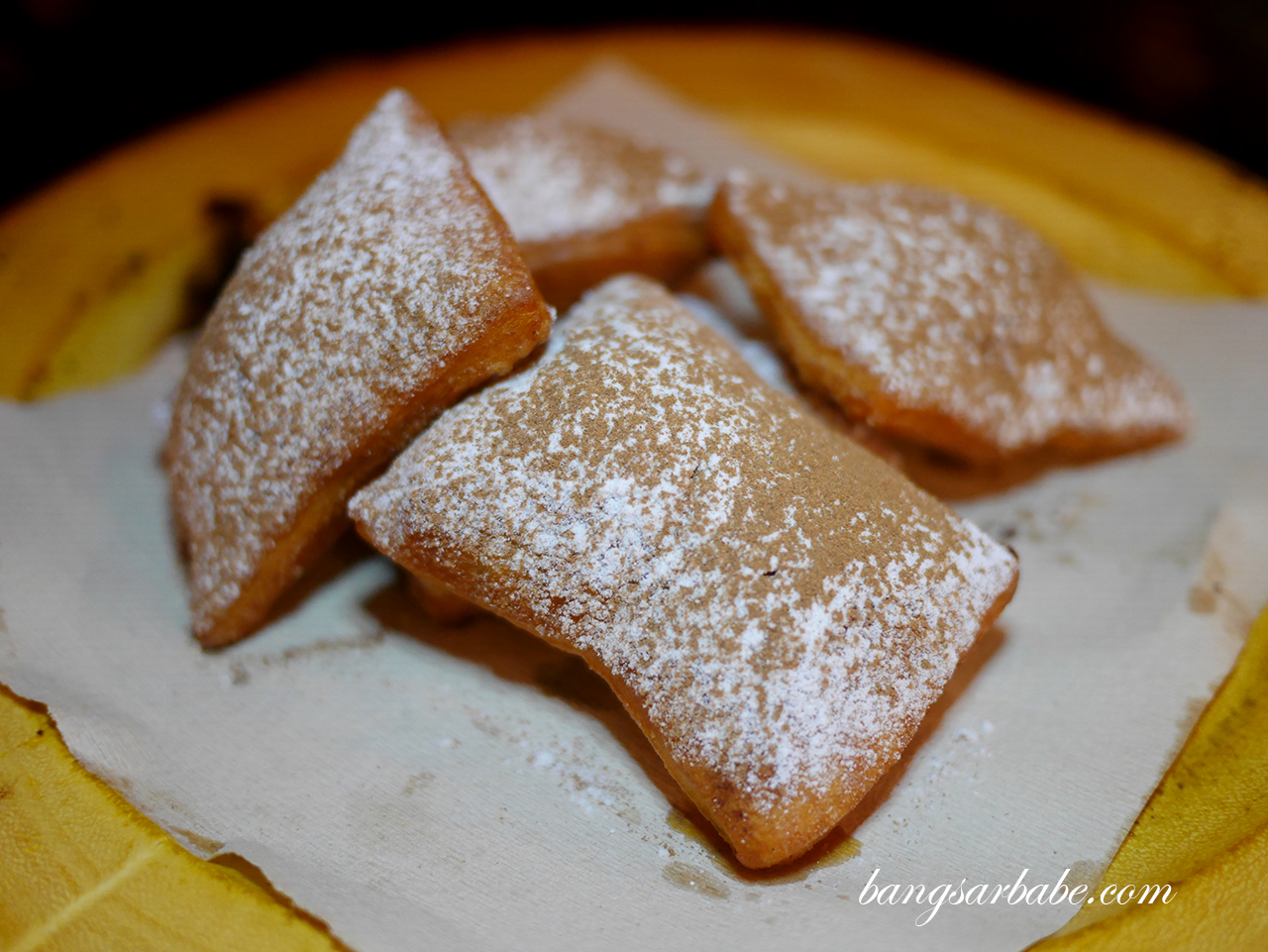 Don’t order the Beignets (RM12) as this tasted like “ham chim peng” rather than the crisp, fluffy texture I was hoping for in this New Orleans treat. Phil Rosenthal would be shocked. 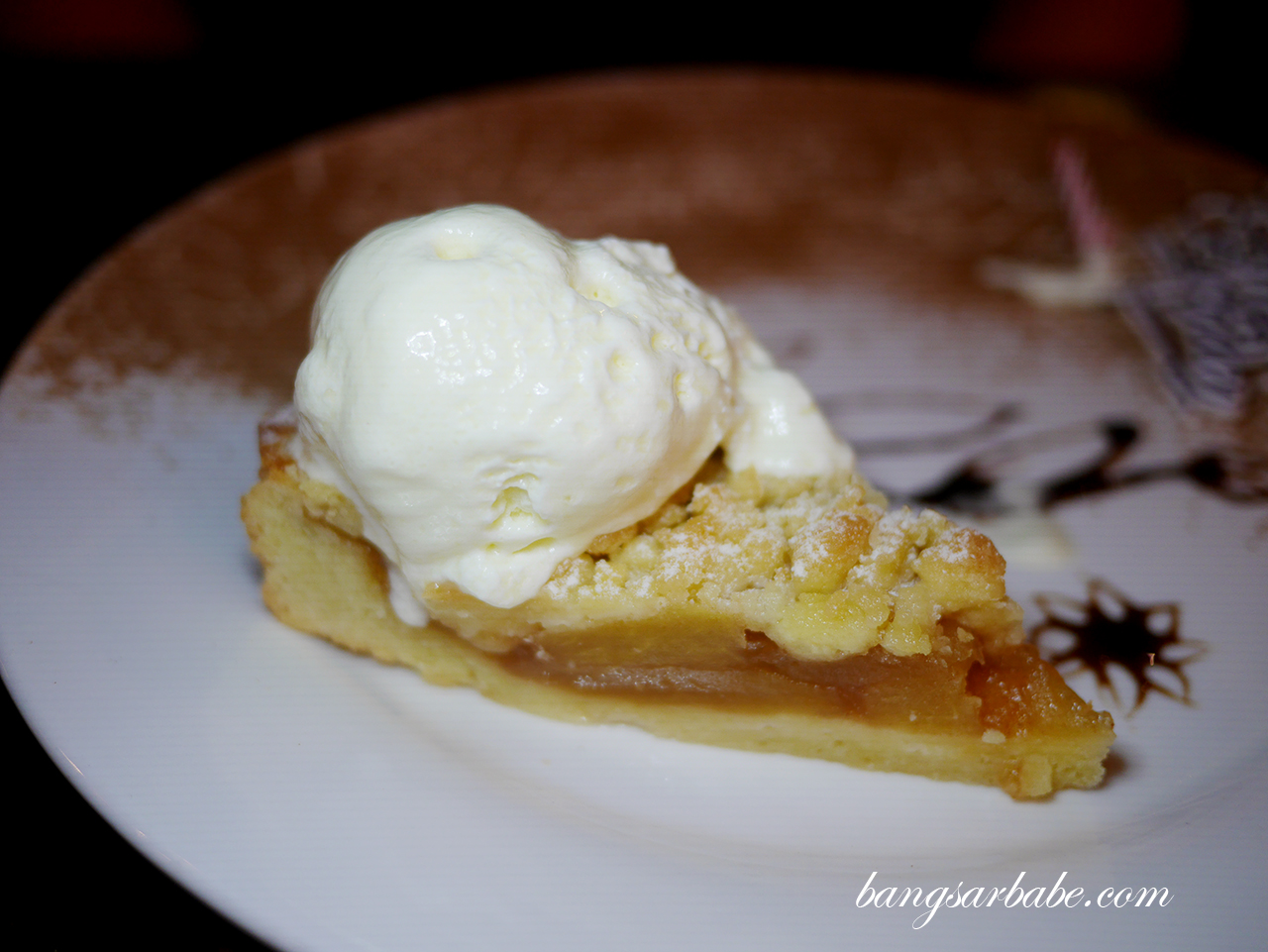 The apple pie (RM24) was also pretty disappointing as the pastry was overly thick and sticky, served with a scoop of vanilla ice cream that tasted more of reconstituted milk and vanilla flavouring. Not that I have anything against such ice cream, but for the price I’m paying, I expected better. 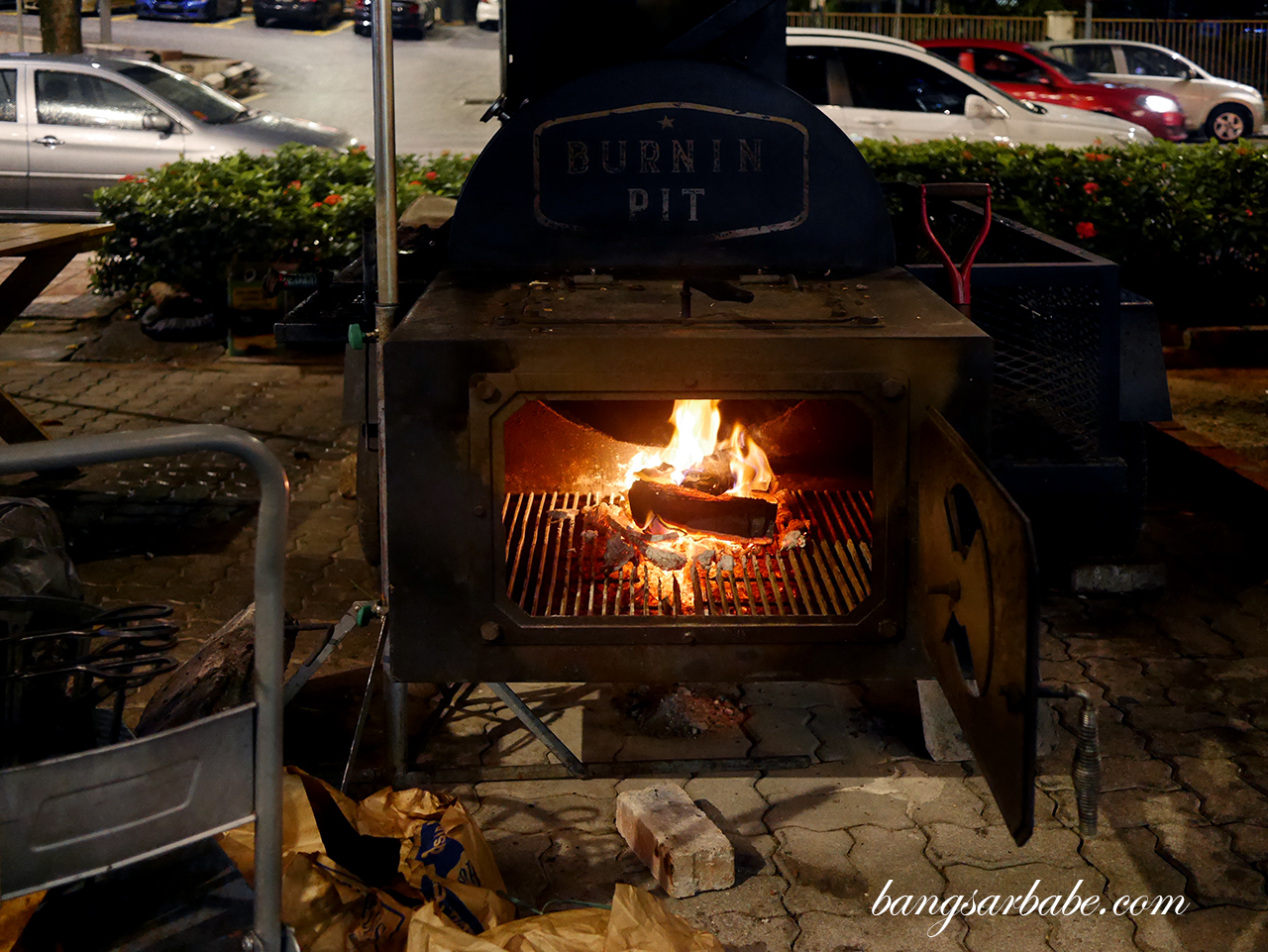 Overall, my experiences at Burnin’ Pit were average at best. Given the rave reviews I’ve read from several blogs and portals, I cannot echo the same sentiments. Perhaps it was my unlucky day (twice) or perhaps I’m just fussy. But one thing’s for sure – Burnin’ Pit isn’t the MacGyver of slow-cooked meats like how it’s being portrayed online. 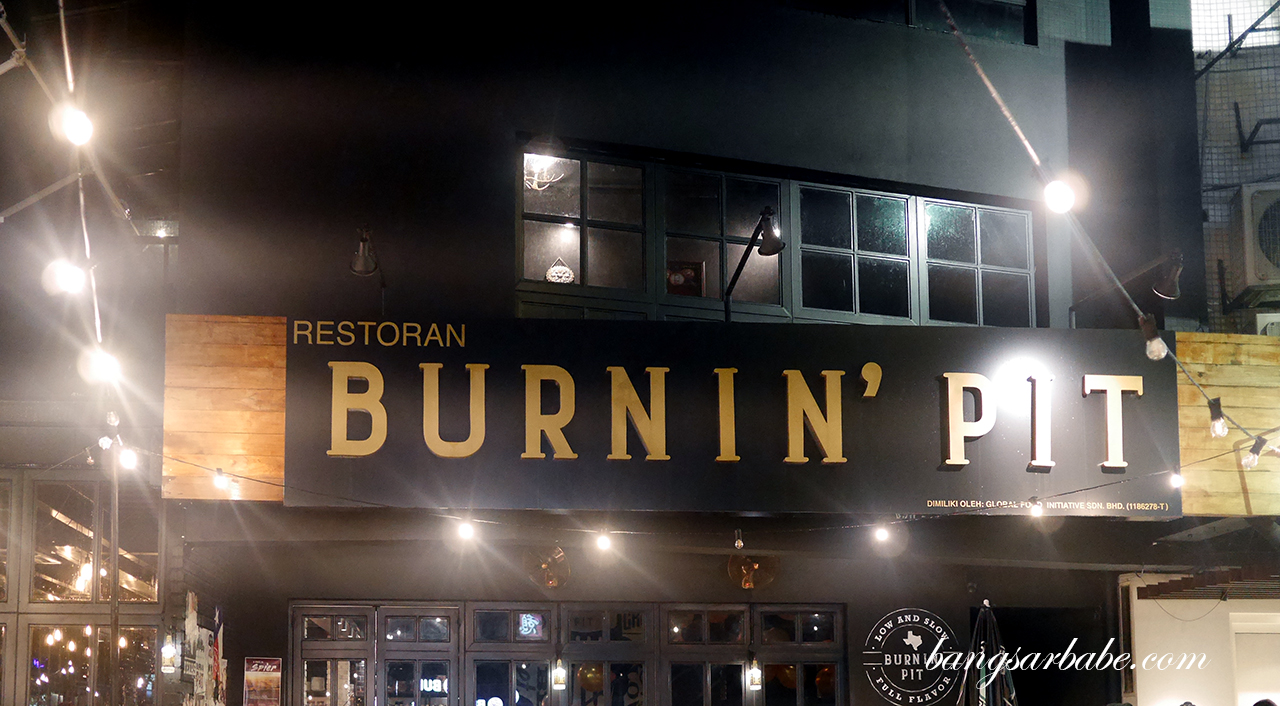