One of the few food places Jien took me to during our courtship days was Ah Weng Koh Hainan Tea – he would pick me up at 7.30am and drive me all the way to Imbi for a breakfast of kaya toast and Hainan tea. Back then, I didn’t know much about food so I thought of it as just “kaya toast and iced milk tea that’s far away”. 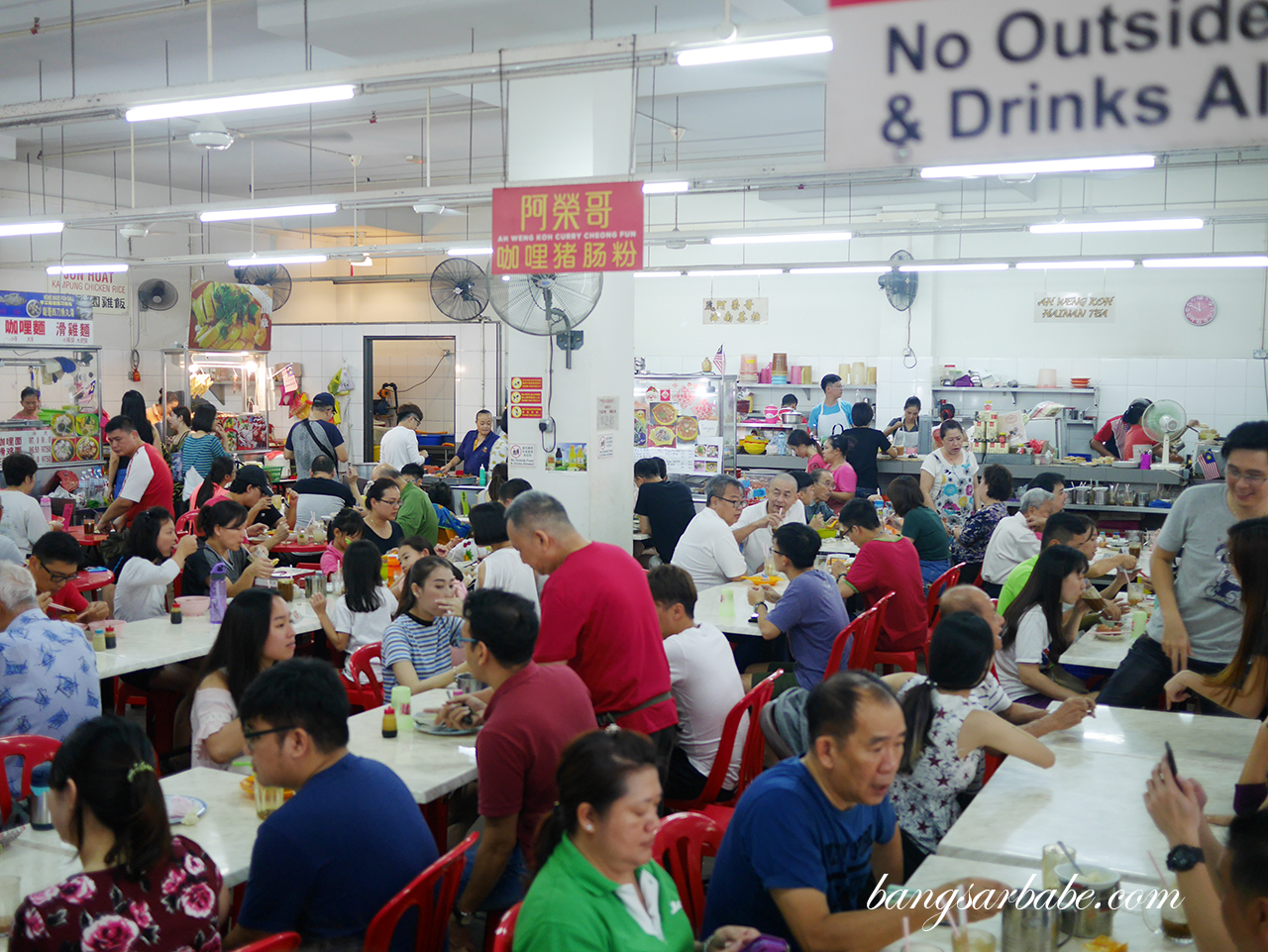 I’ve been meaning to visit Ah Weng Koh Hainan Tea at their new location in ICC Pudu since a lot of people were raving about it, and managed to do so a couple of weeks back. The place although bigger and brighter, exudes a chaotic vibe due to the influx of people going in and out for their toast and tea fix. 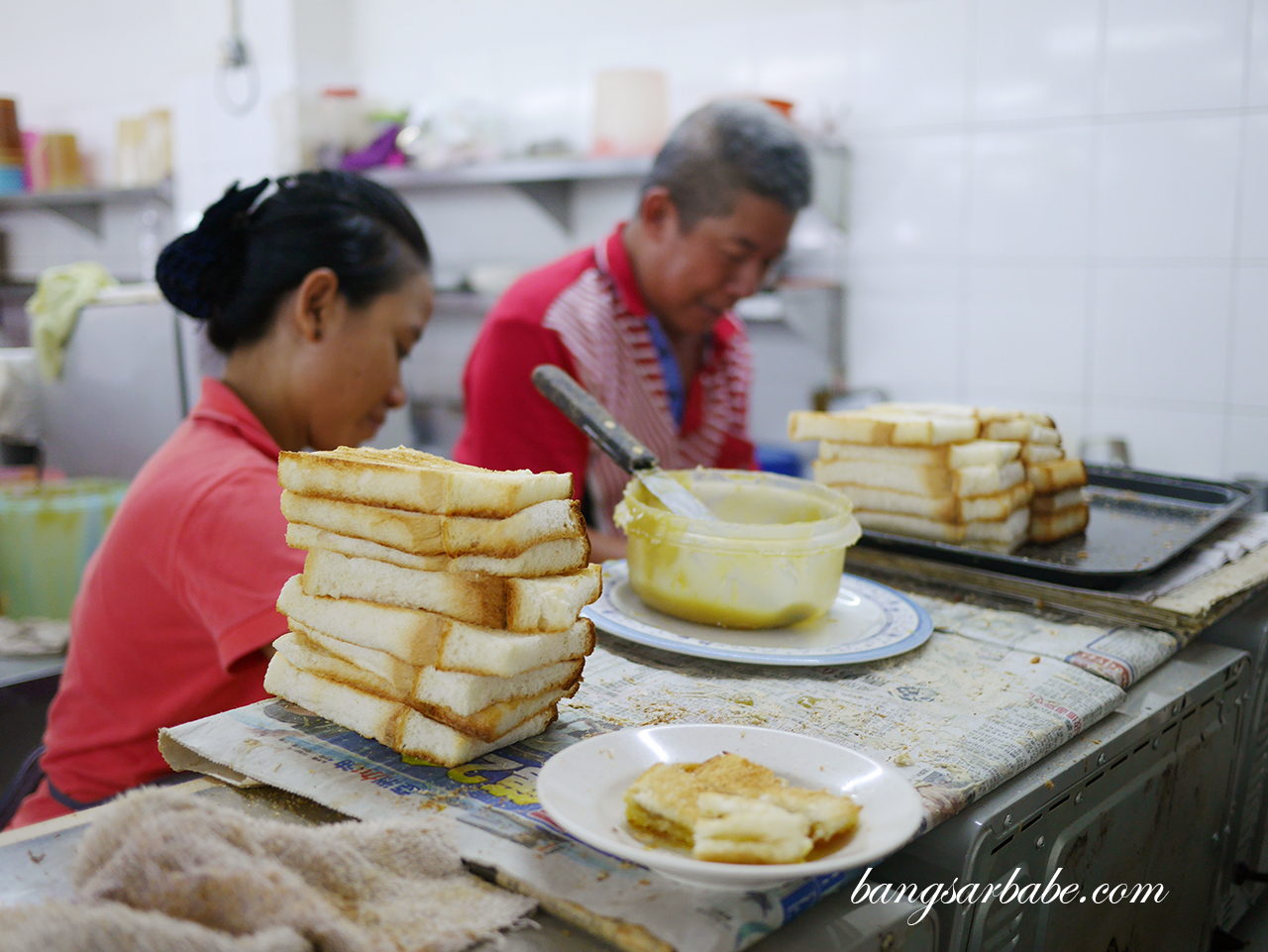 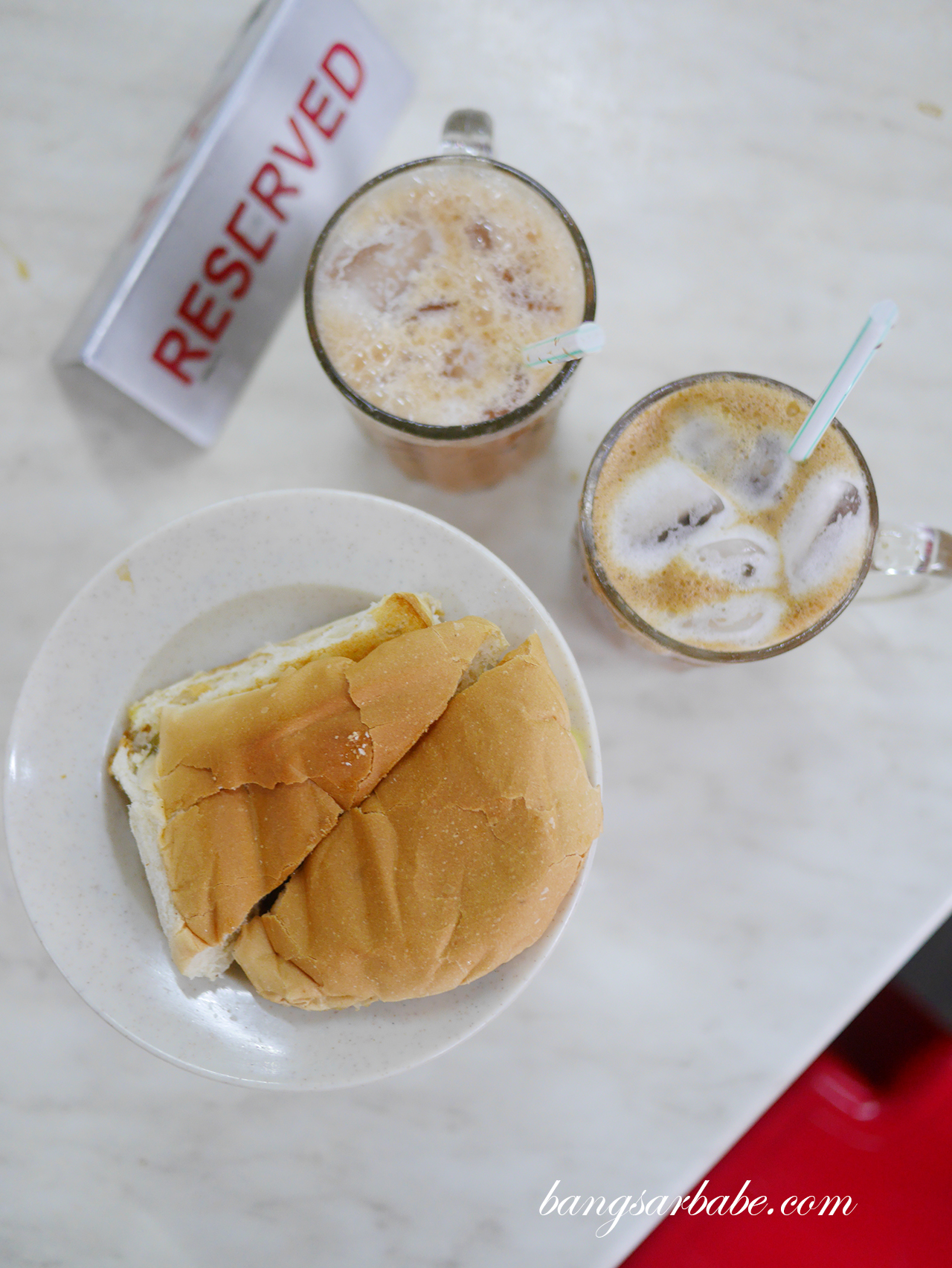 Getting a table can be tricky if you arrive past 11am – that’s peak period for Ah Weng Koh Hainan Tea so expect to wait between 15-30 minutes for a table to vacate. The Hainan tea seemed weaker in flavour compared to what I remembered it to be. Jien however, thinks it’s the same as before but other coffeeshops have upped their game, hence my disappointment. 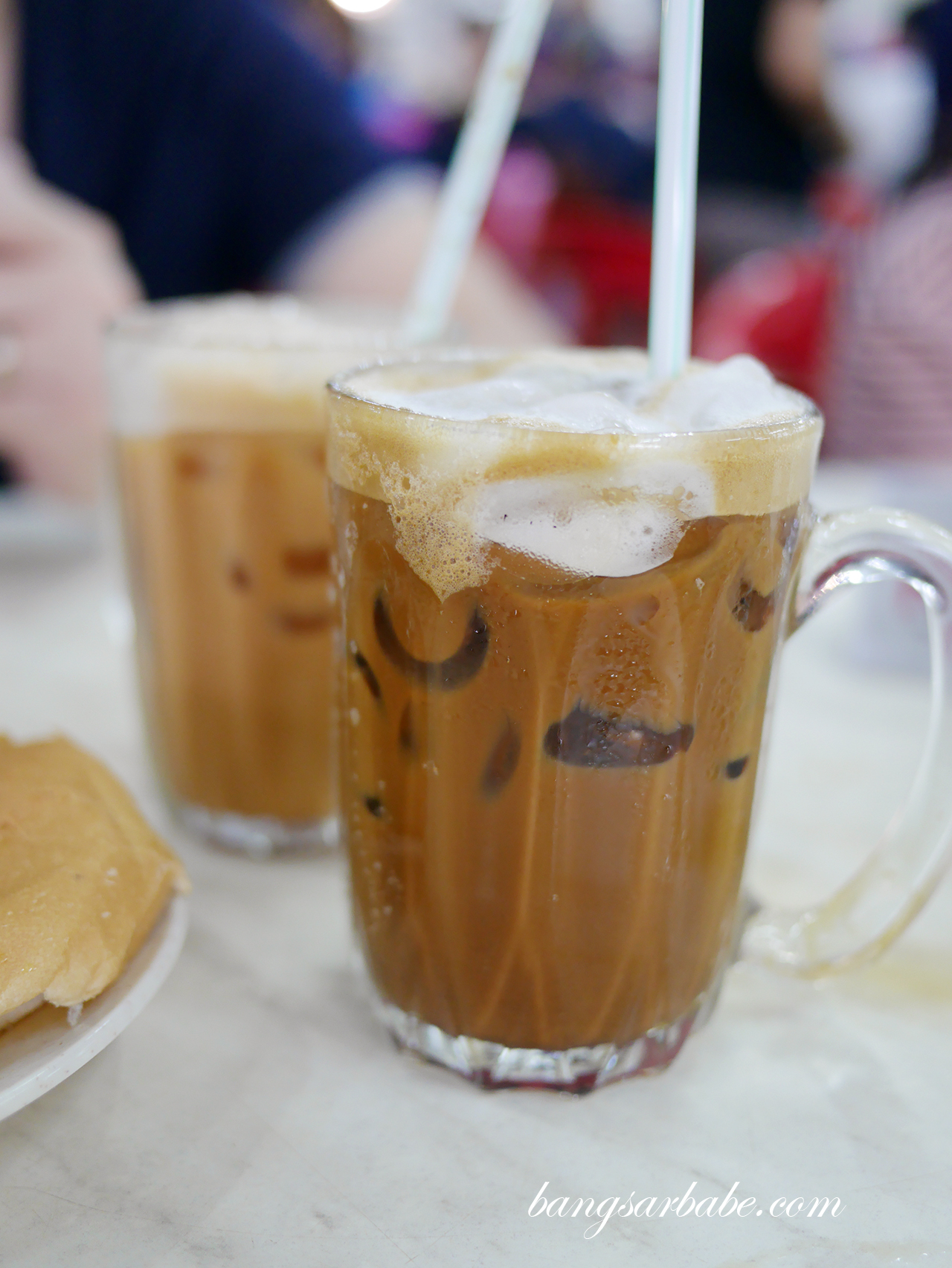 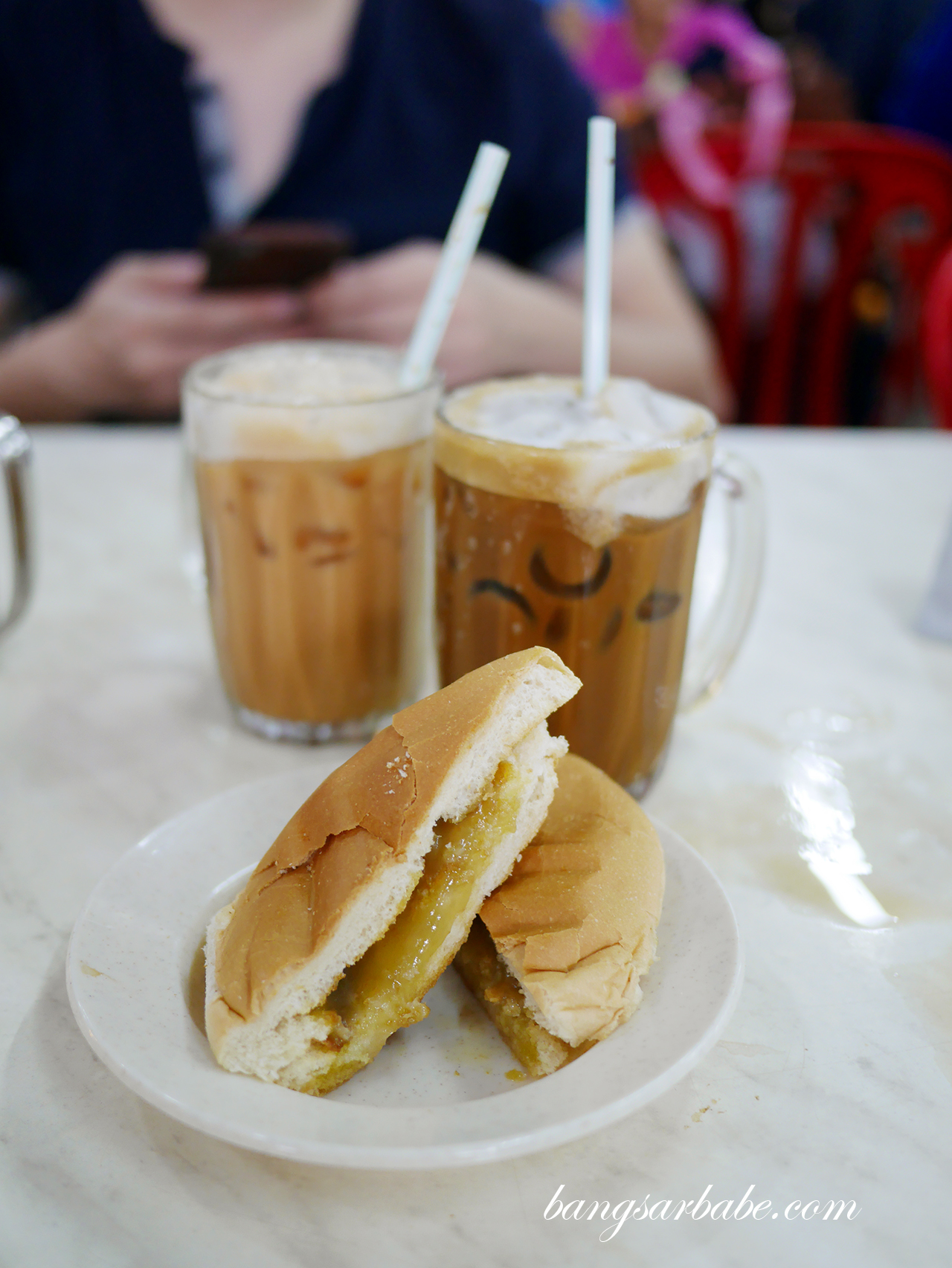 For something stronger, get the iced cham — a mix of tea and coffee with milk. While this was bolder than the tea, the cham didn’t quite have the aroma and thickness I was seeking. Perhaps I should have ordered both the drinks hot. Jien prefers the grilled bun with kaya and butter over kaya toast – I like the latter as the bread is lighter and allows the flavour of the butter and coconut jam to stand out. 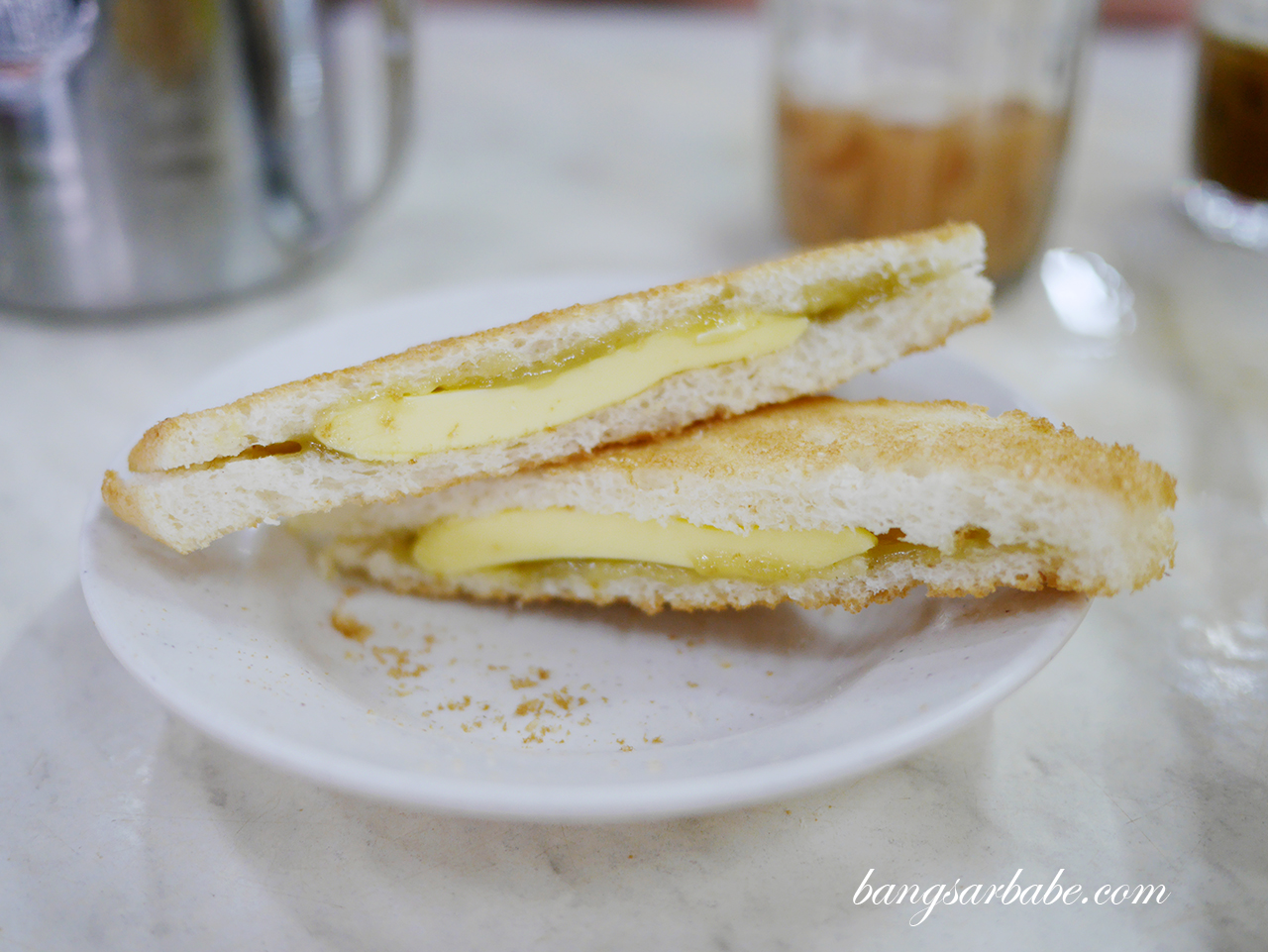 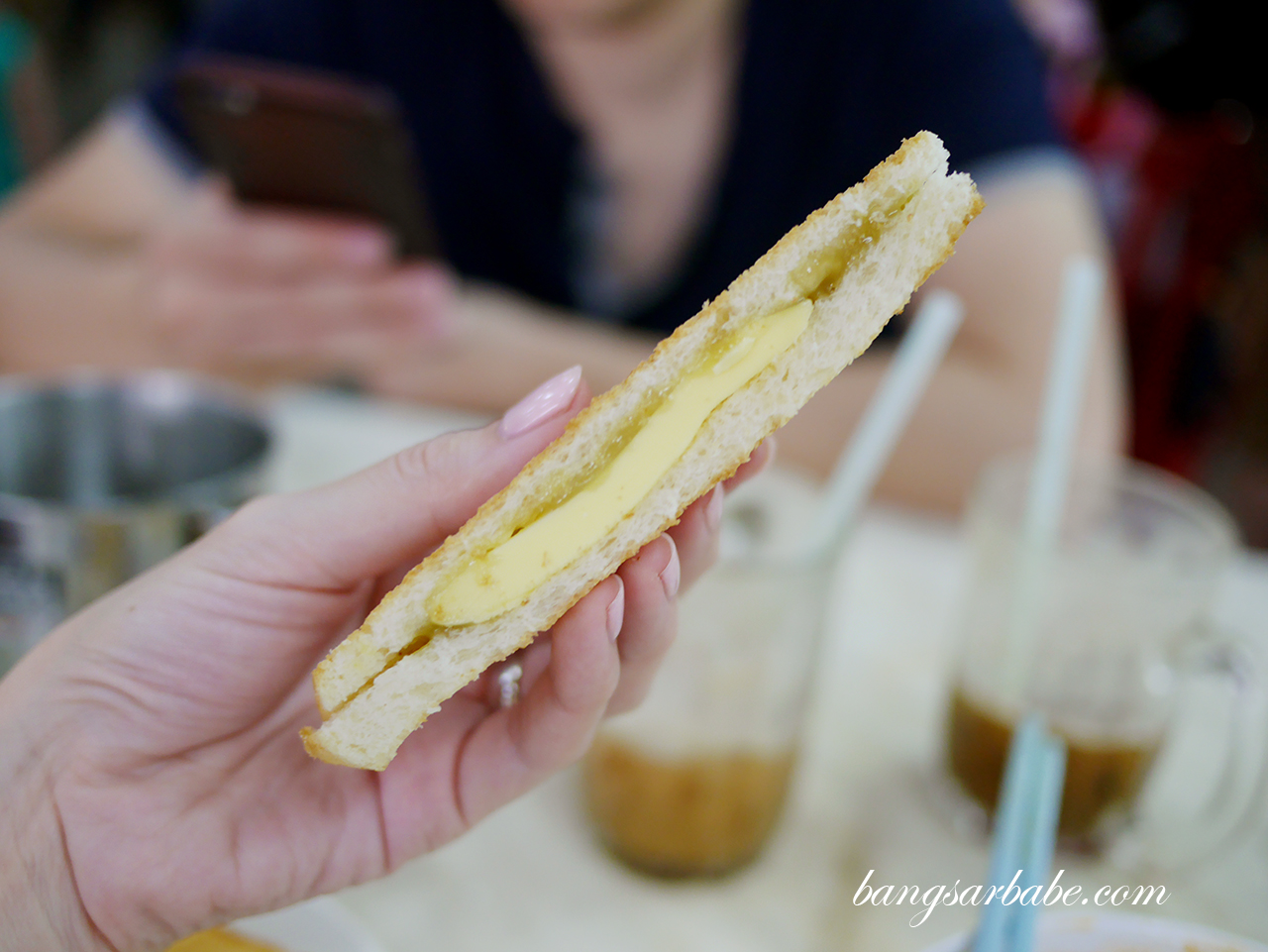 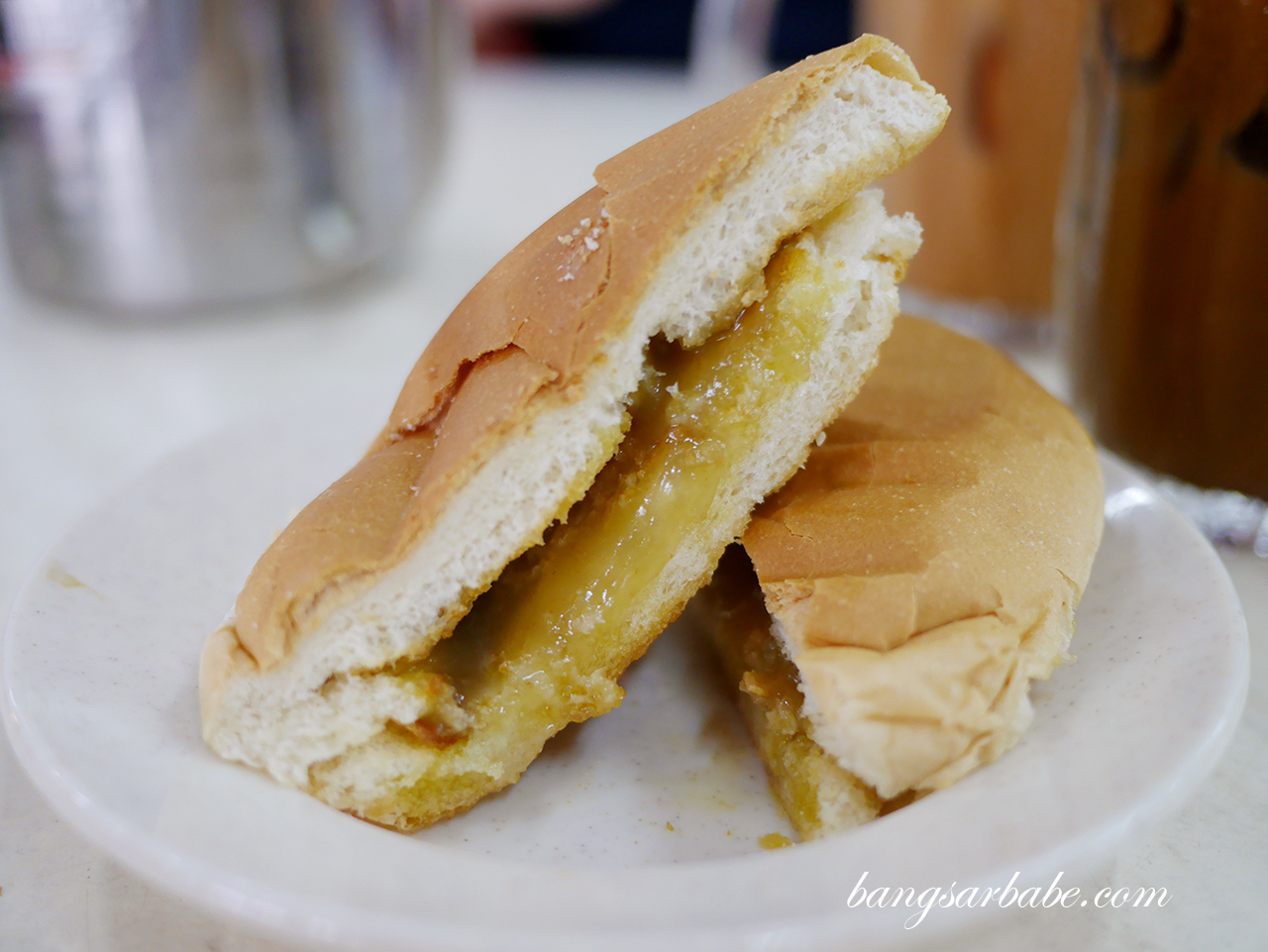 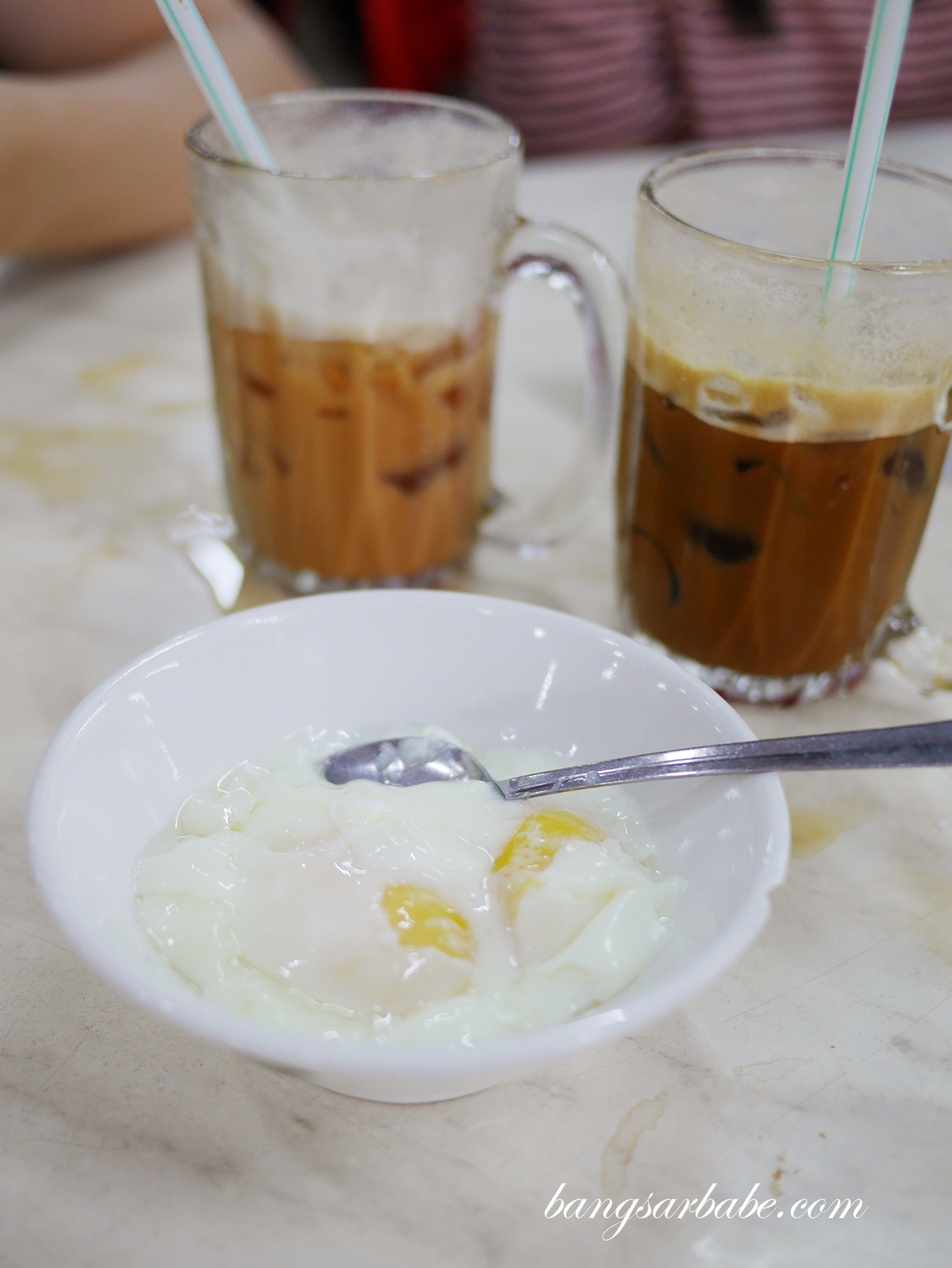 The bun version is also quite good; you get more chew which is what Jien seeks. I tried the steamed bun before and didn’t like it as much. That version is lighter than the grilled bun but it doesn’t have a crust. The soft boiled eggs is something I tend to order when I eat kaya butter toast. Nothing special, really. 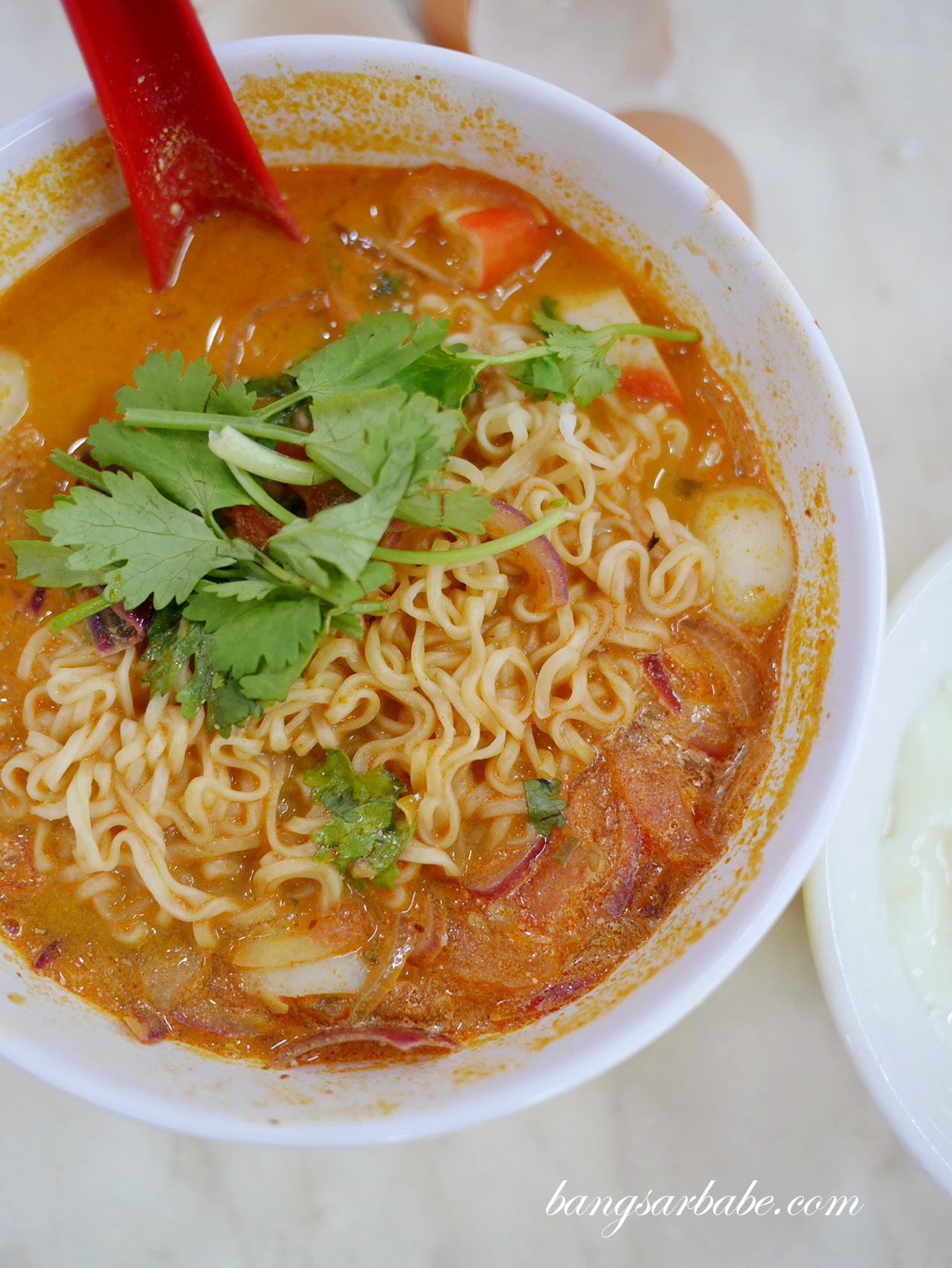 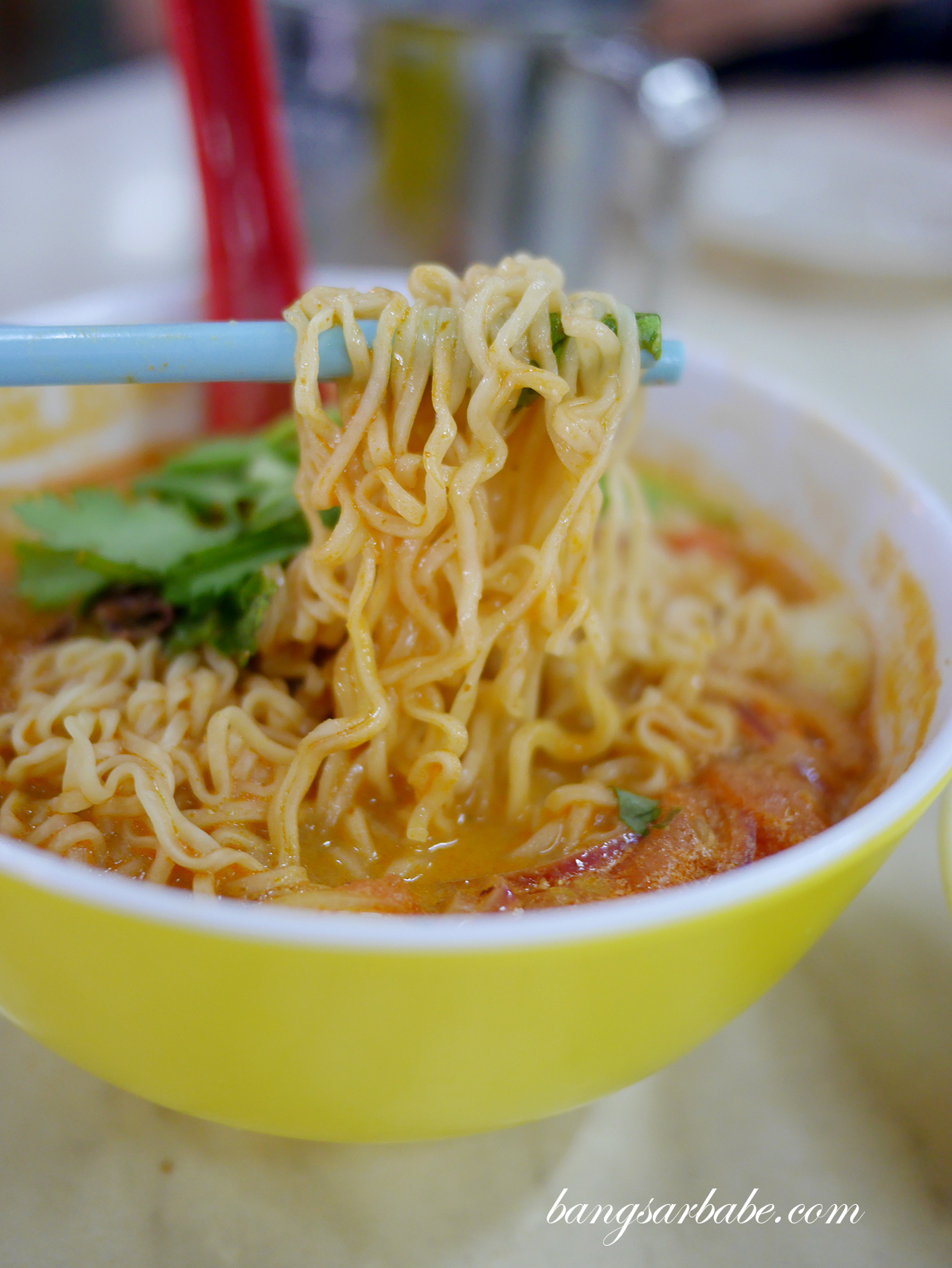 Skip the tomyam noodles from the stall a few doors away from Ah Weng Koh. I believe it’s under the same people because you’re allowed to order from the kakak who takes your drinks and toast order. The tomyam tasted like the instant version you can find at supermarkets – only, more dressed up with shallots, tomatoes and fish ball.

Overall, I still think Ah Weng Koh Hainan Tea is worth checking out at least once for the toast and tea. Who knows, you might like it better than I did. For me, I’d go to relive the memories of Jien and myself back in the days. Another option for toast and drinks would be Thong Kee in Seapark. ;) 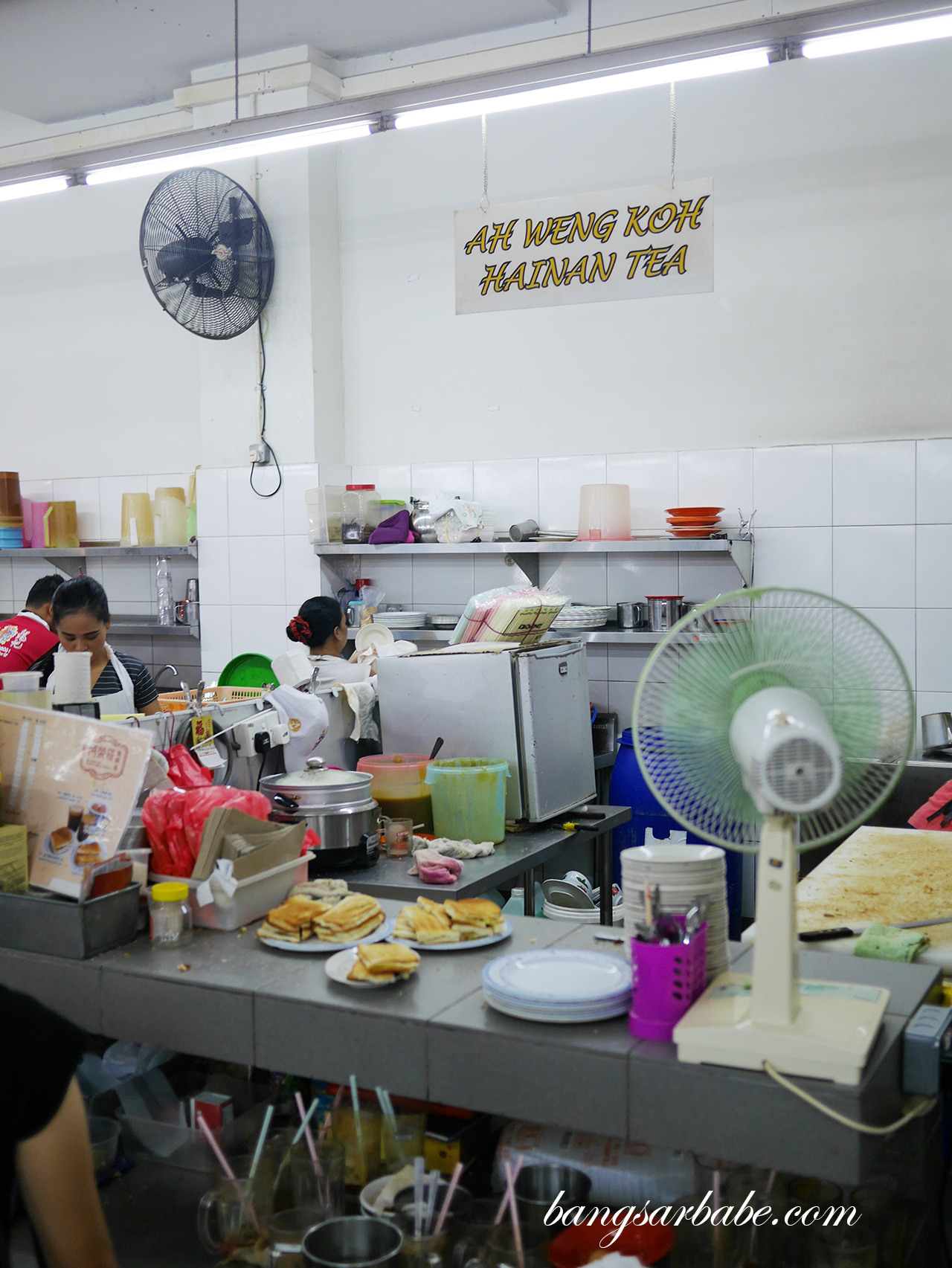