Steak is something I take very seriously and while I have my default steakhouses to visit in town, I’m also open to new suggestions from fans and friends. When I last wrote about the dry-aged beef at my favourite steakhouse, I got quite a few messages from readers telling me I should try Vantador in Desa Sri Hartamas. 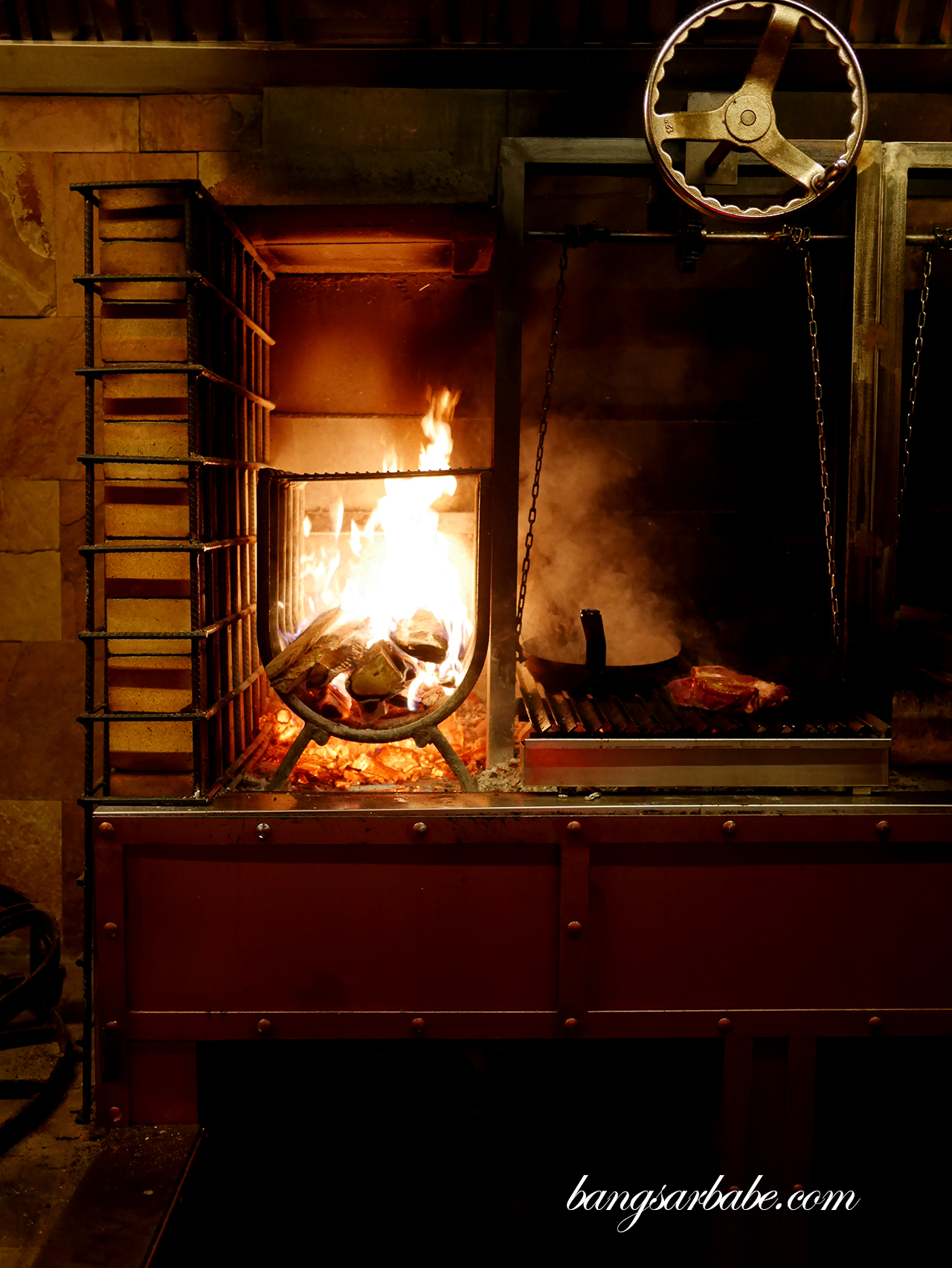 Apparently, Vantador has “better cuts” and grills better meats. When the time came for Jien and I to indulge in a date night of steak and wine, we opted for Vantador to see what the fuss is about. Like most popular steakhouses in KL, table reservation is a must to ensure you get a spot. Else, you might have to settle for a table outside. 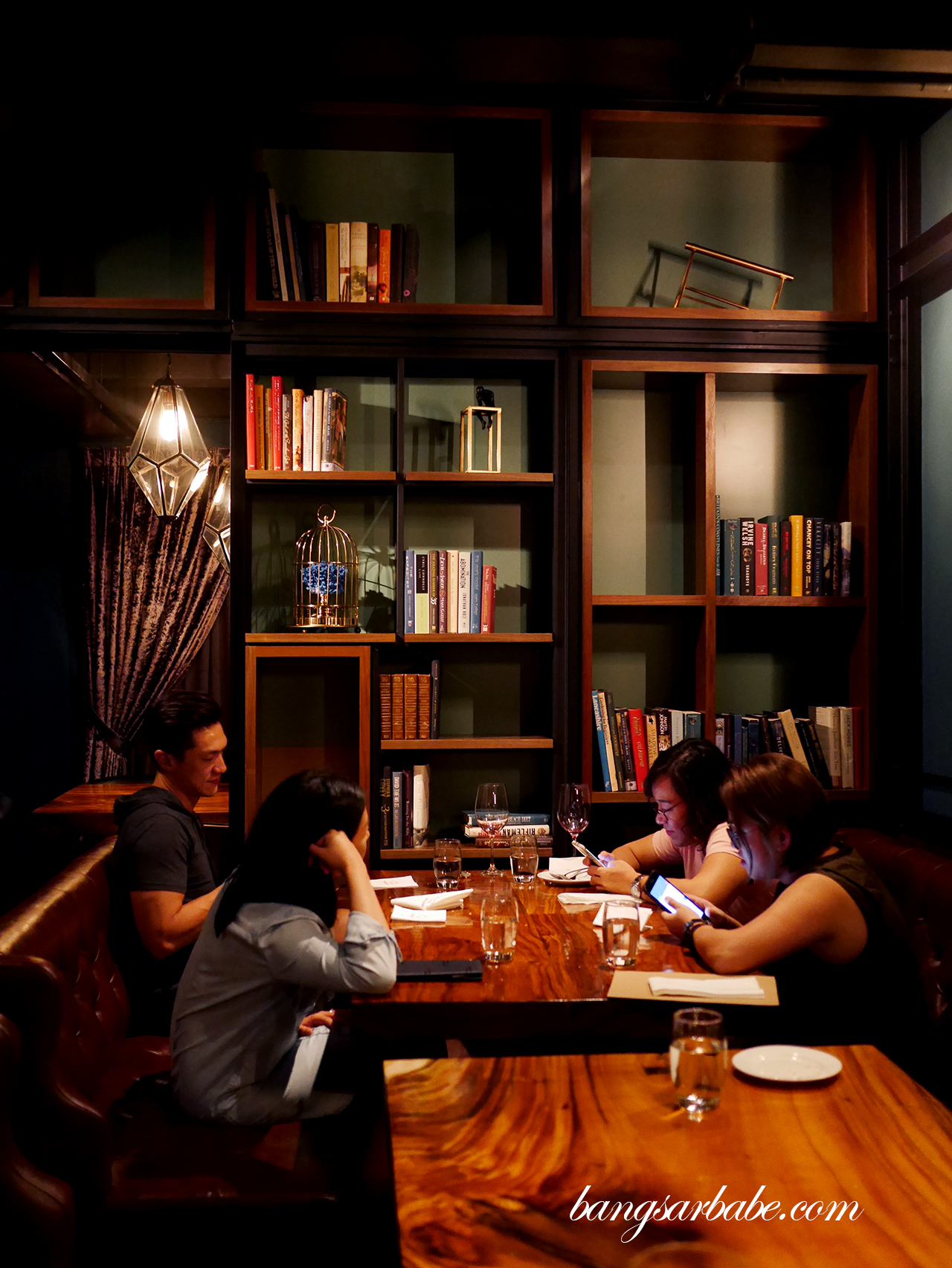 Tables are placed too close to one another, I feel

I like the interior of Vantador – it combines both modern and traditional elements – but the table arrangement makes me feel as though I’m in a speed-dating session. Tables are placed rather close to each other so I could hear what the family next to me were ordering, right down to their choice of wine. 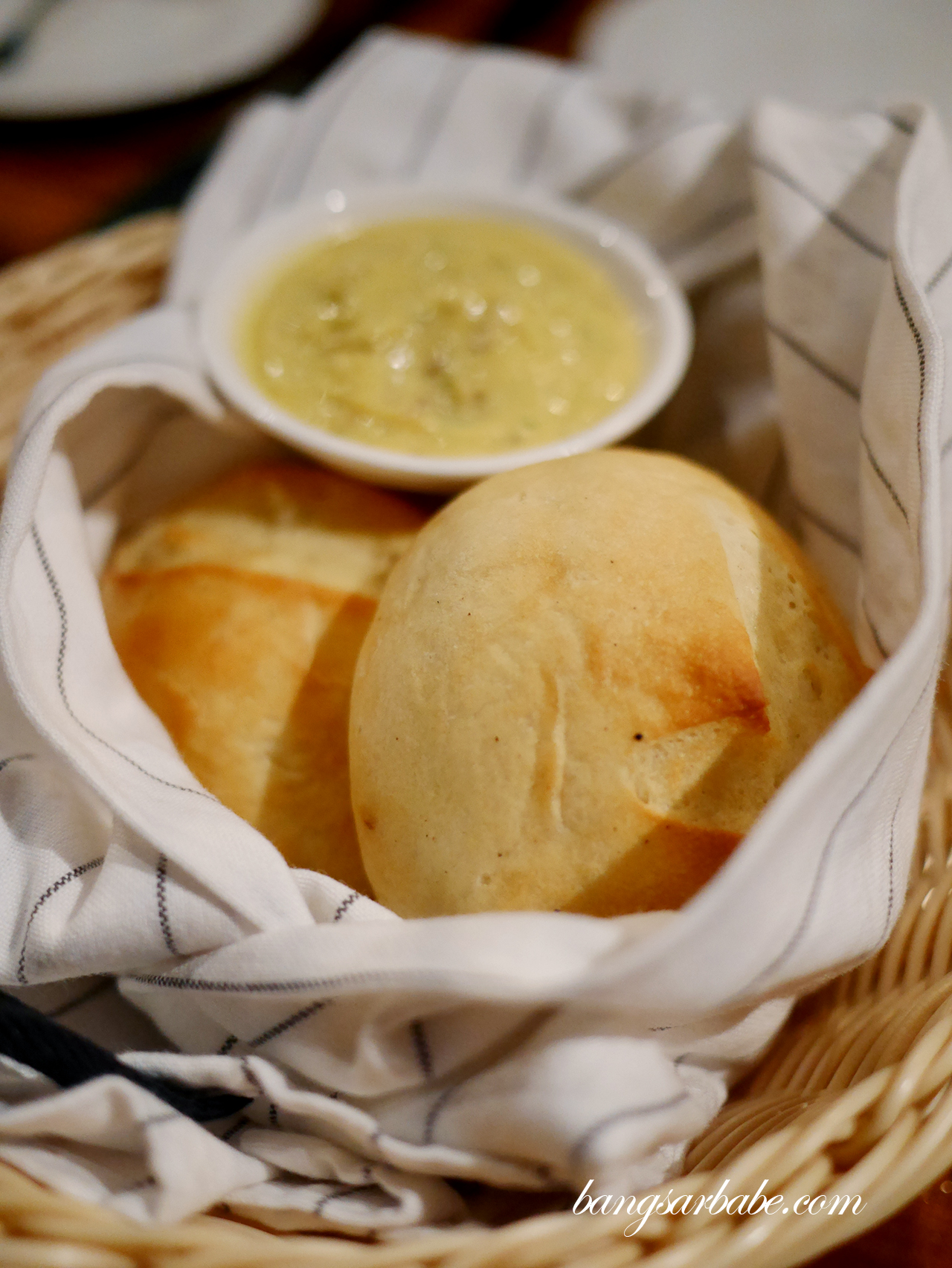 That made me cautious of what I was talking about as I didn’t want the tables next to me knowing if I’ve had a bad day. If I had a choice, I would like to eat my meat with a little more privacy. Rubia Gallega is prized at Vantador, said to be one of the best meats in the world. This cut of beef is known for its subtle marbling and rims of creamy fat from Spanish cows (Galician Blond) of over 8 years old. 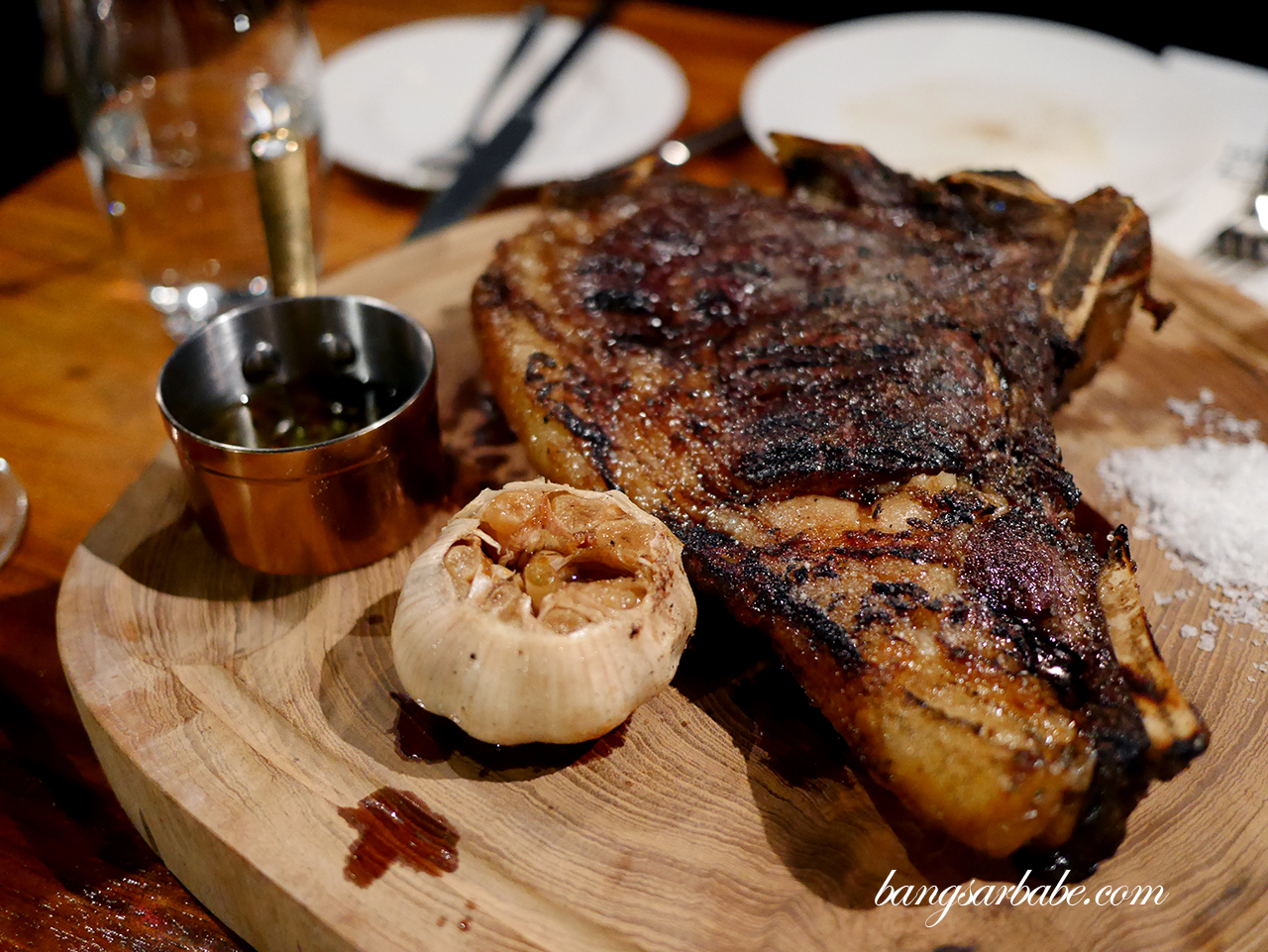 Jien and I shared the Striploin Premium (RM75 / 100gm) which was slightly over 900gm and we were asked to go for medium rare instead of medium as the meat is of good cut so medium rare would bring out the best flavours. At least that was what we were told by our waiter. 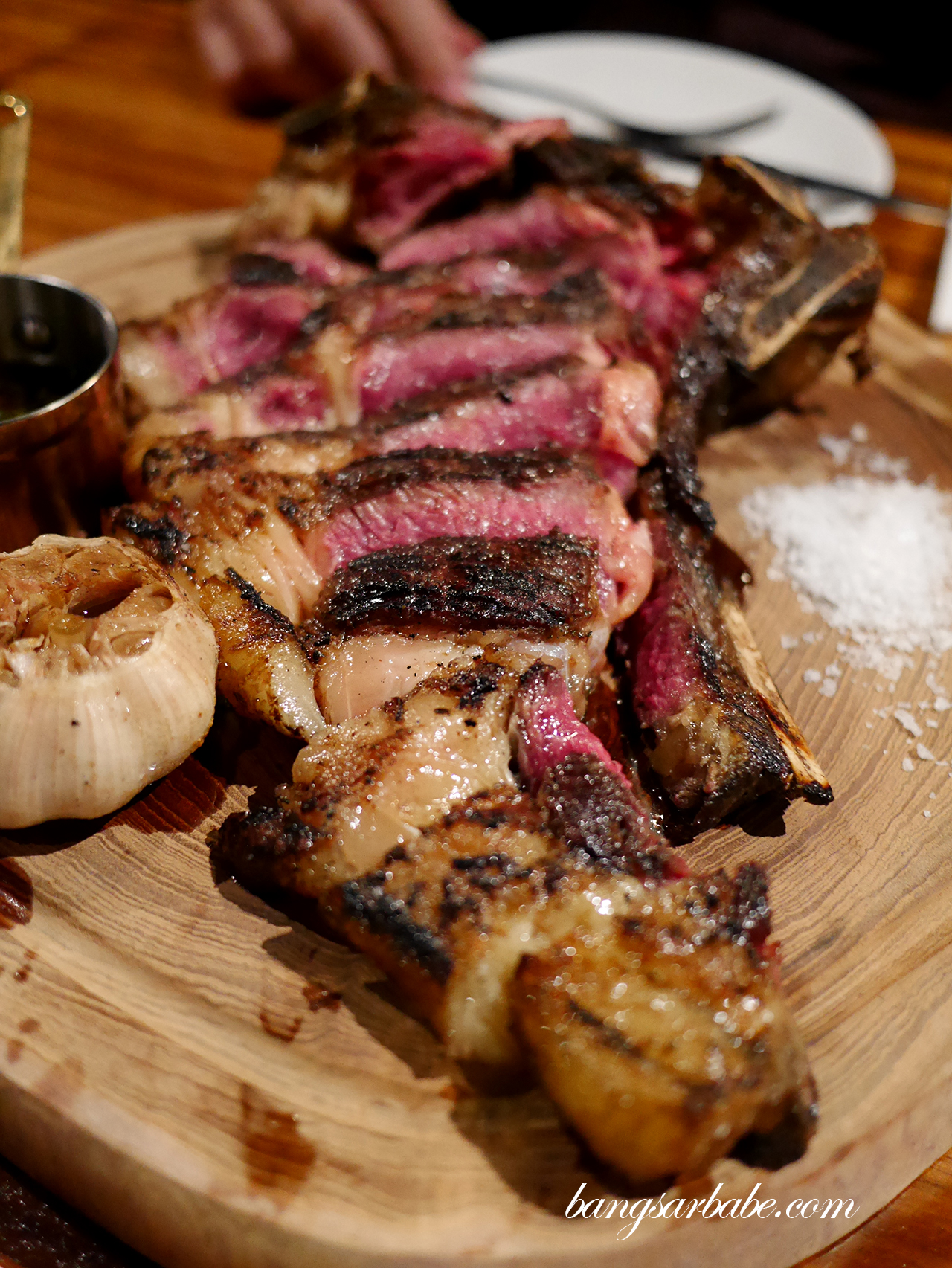 Personally, I felt medium would have been a better choice as we found the steak too chewy for our liking. I expected the Rubia Gallega to have a deep complexed flavour; it was deep and complexed, but in a gamey, cheese-like kind of way. 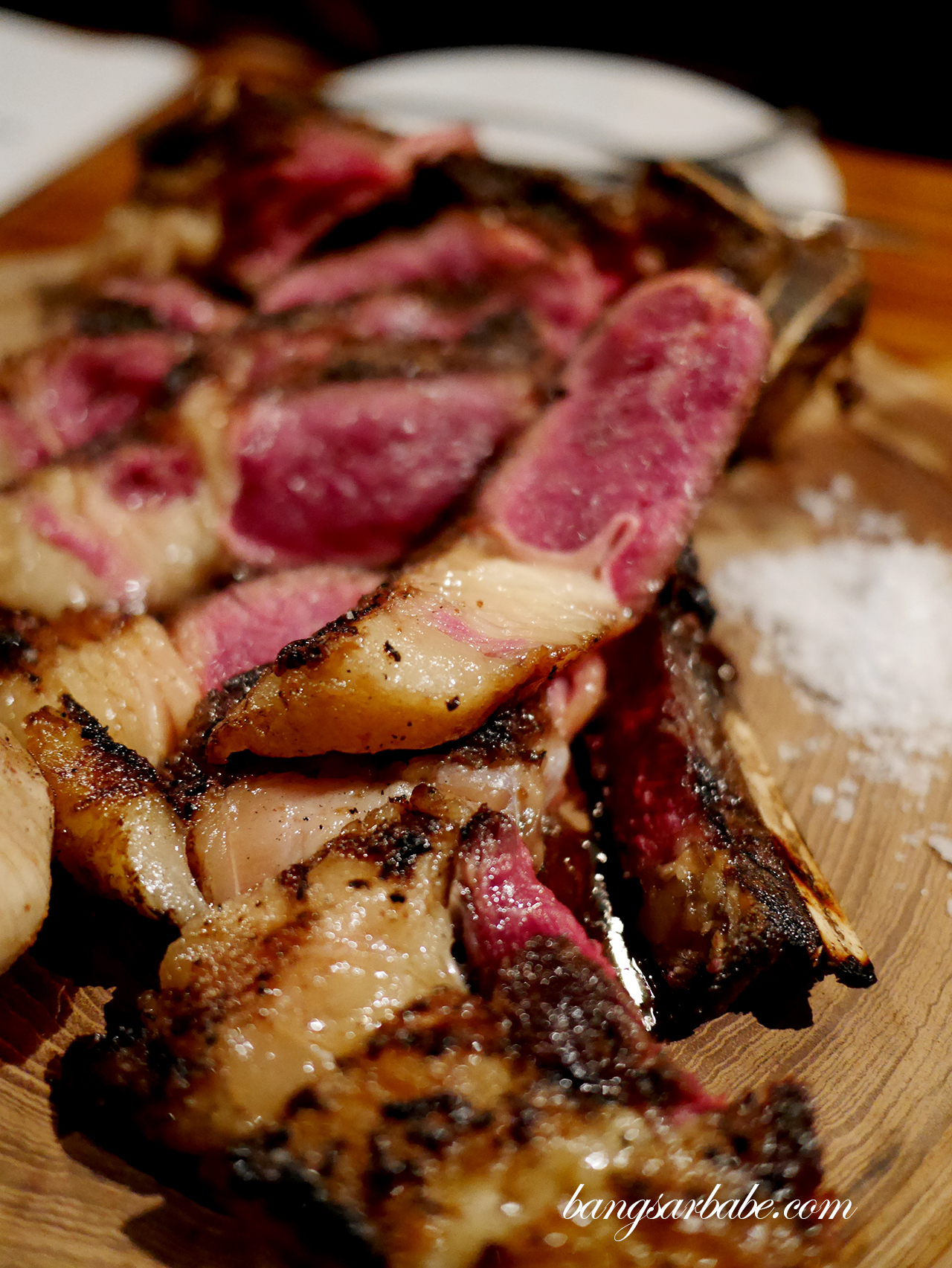 Alas, I found it too tough and difficult to chew

Sure, there were nutty notes at the start from the marbling, but as I progressed through dinner, the meat became tougher and gamier. Apparently, I wasn’t the only one who thought so as the family from the table next to me told the waiter the same thing (that’s the problem with placing the tables so close to one another), and the couple on our right were chewing their meats longer than average. 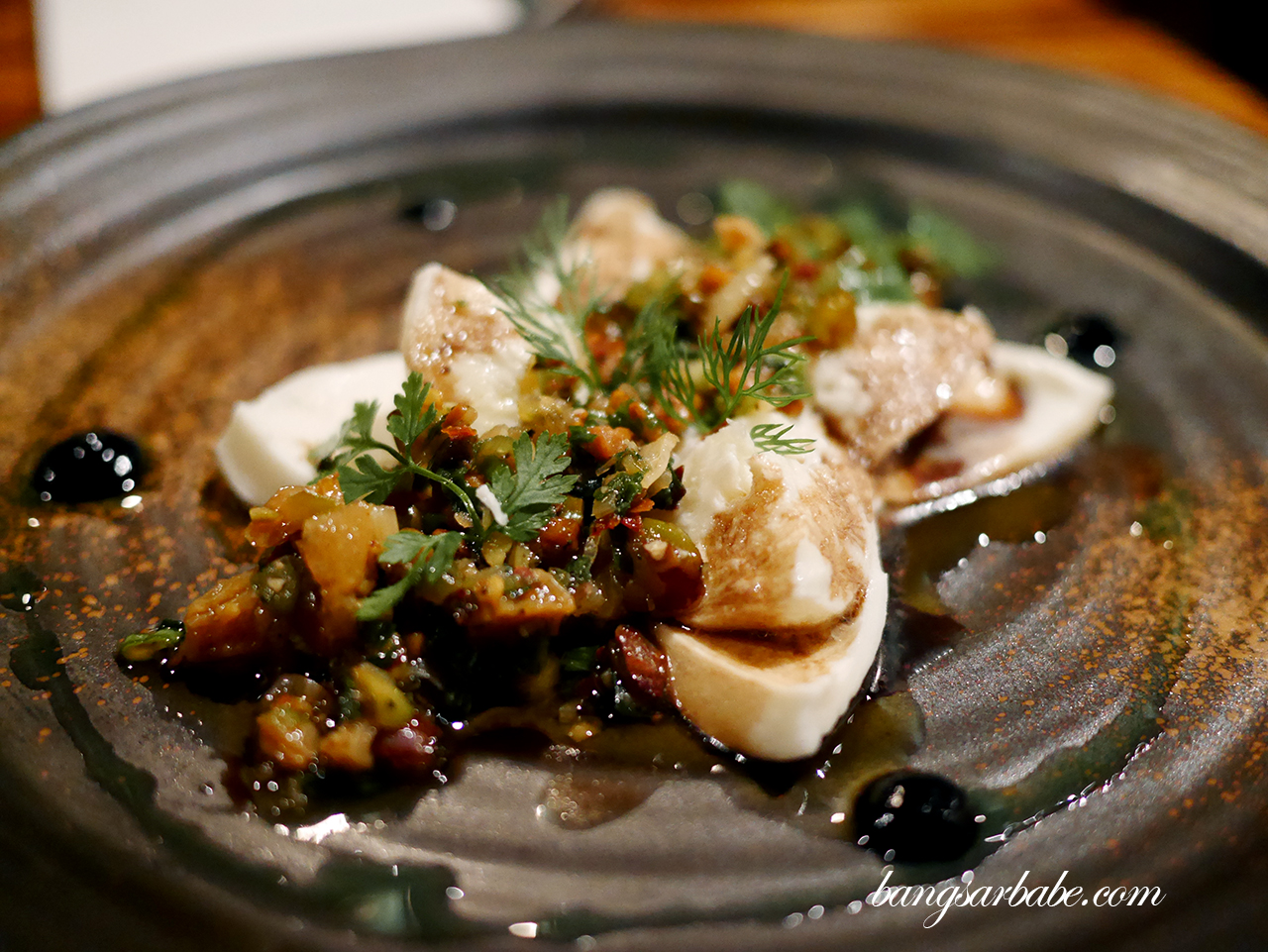 We wanted to try the wagyu bone marrow but it wasn’t available that night so we opted for the burrata cheese (RM45) instead. You get creamy burrata with pistachio dressing and aged balsamic for aroma and flavour – decent, but nothing to shout about. 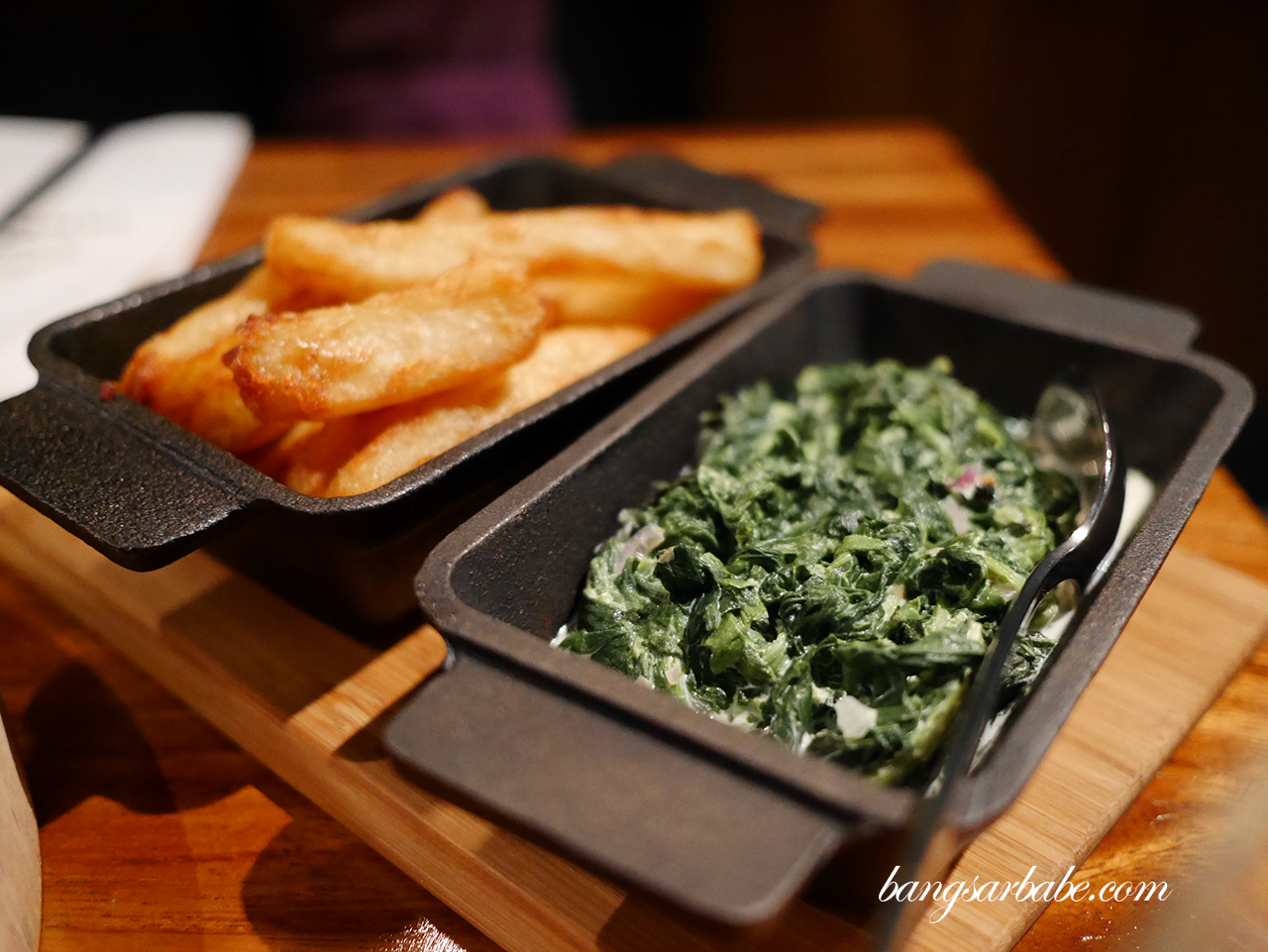 The sides are slightly on the small side so if you’re planning on sharing, I suggest you order more. I liked the home made fries (RM12) as you get real potatoes, deep-fried till crispy on the outside and fluffy at the centre. This was moreish and flavourful next to the creamy spinach (RM12) which needed a few cracks of salt for flavour. 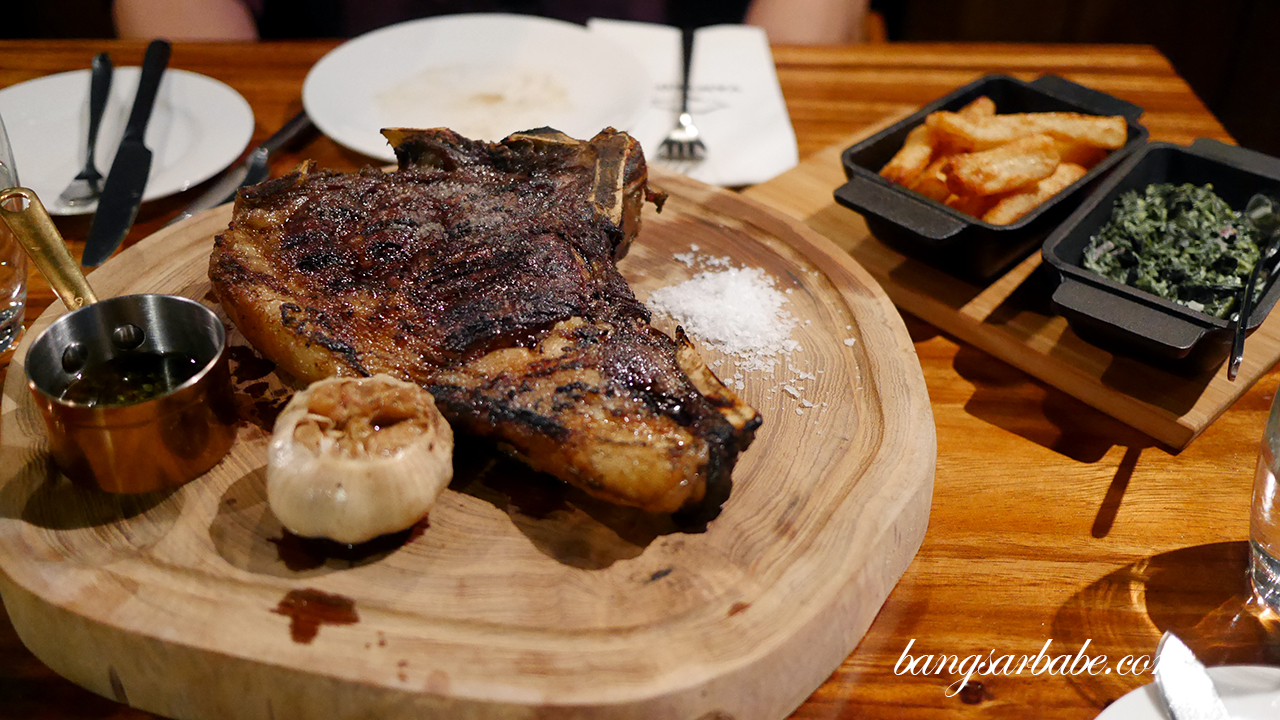 The steak has a good char from the grill 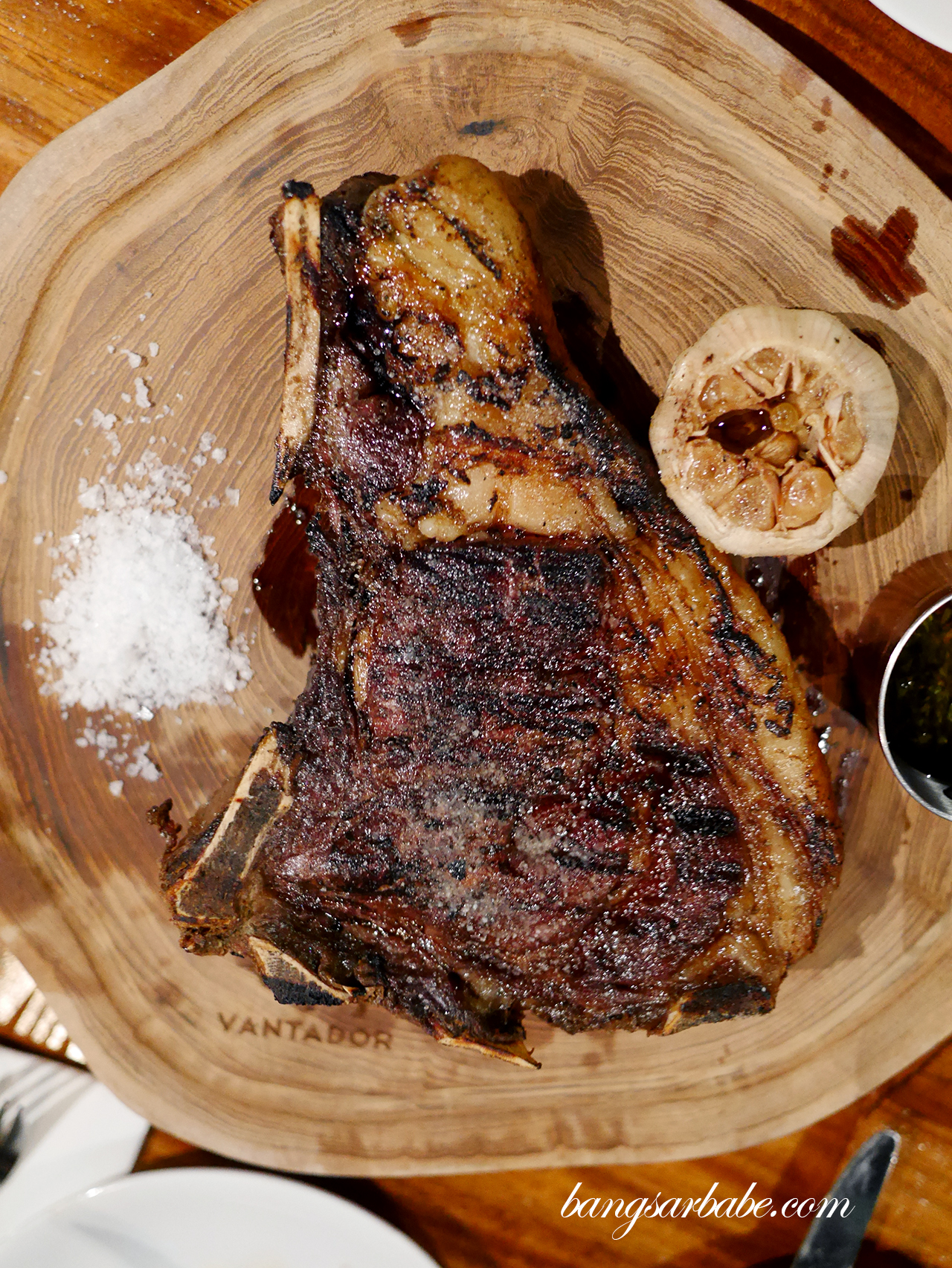 Service needs work as I felt things were hurried and the ambiance, chaotic. Given the price tag of the meal (close to RM1,000), I was expecting much more – both food and service. On my second visit with friends, the Rubia Gallega ribeye fared better than the striploin because I insisted for it to be cooked medium. 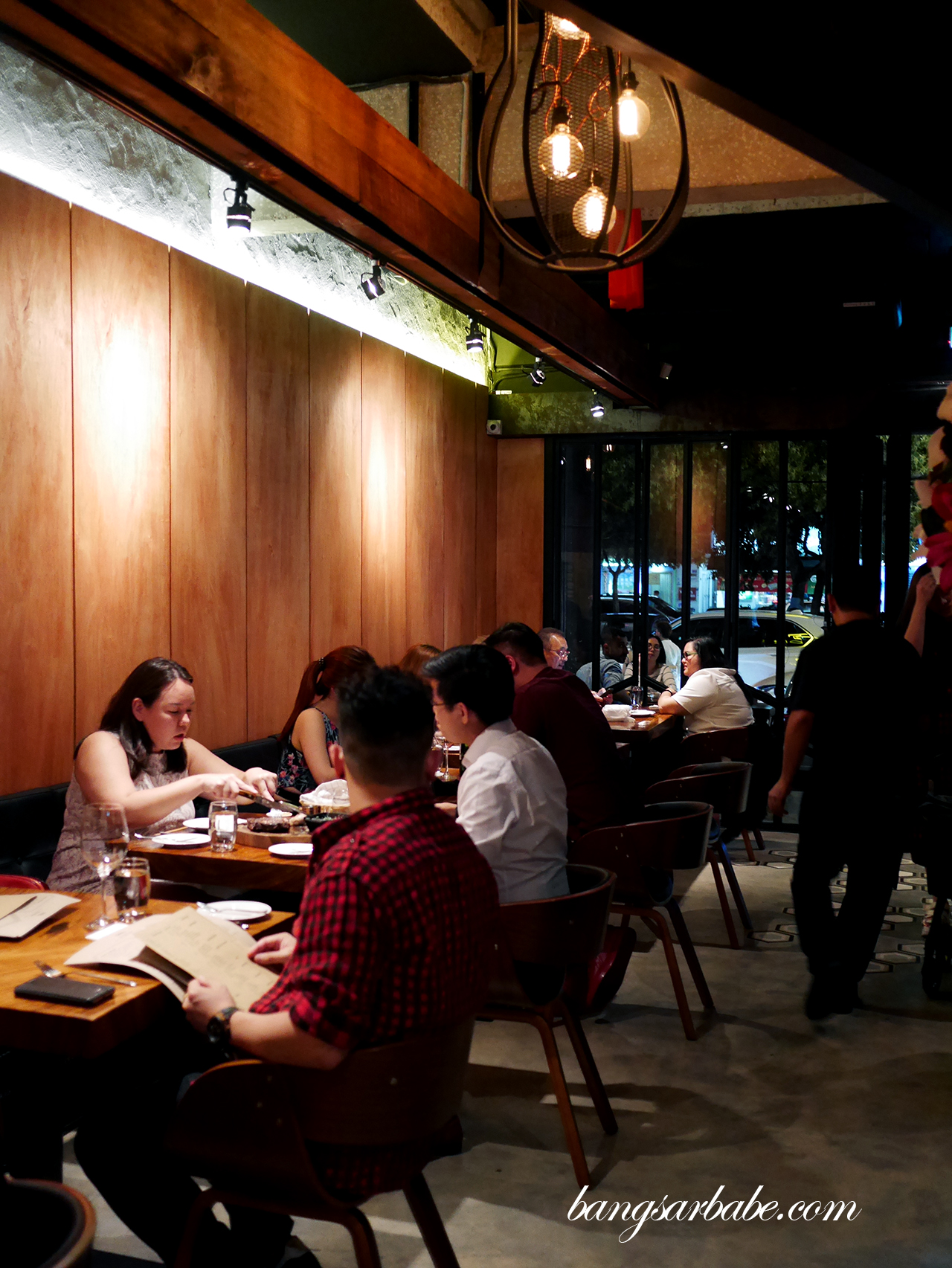 That said, it was still, just an OK piece of steak; not more superior than the steak places I frequent. My friend had the Atlantic cod fish (RM85) which came with celeriac mash and bouillabaisse sauce. The cod was cooked right but I wasn’t feeling the sauce all that much.

We shared the Crema Catalana (RM20) for dessert, which was a tad sweet for my liking. I prefer the one from Mercat in Bangsar, though it’s been a while since I had that so things may have changed.

“You don’t need teeth to eat our beef”, they say. Unfortunately, I have to disagree. You will need pretty strong teeth to eat the beef at Vantador if you go for their recommendation of medium rare. 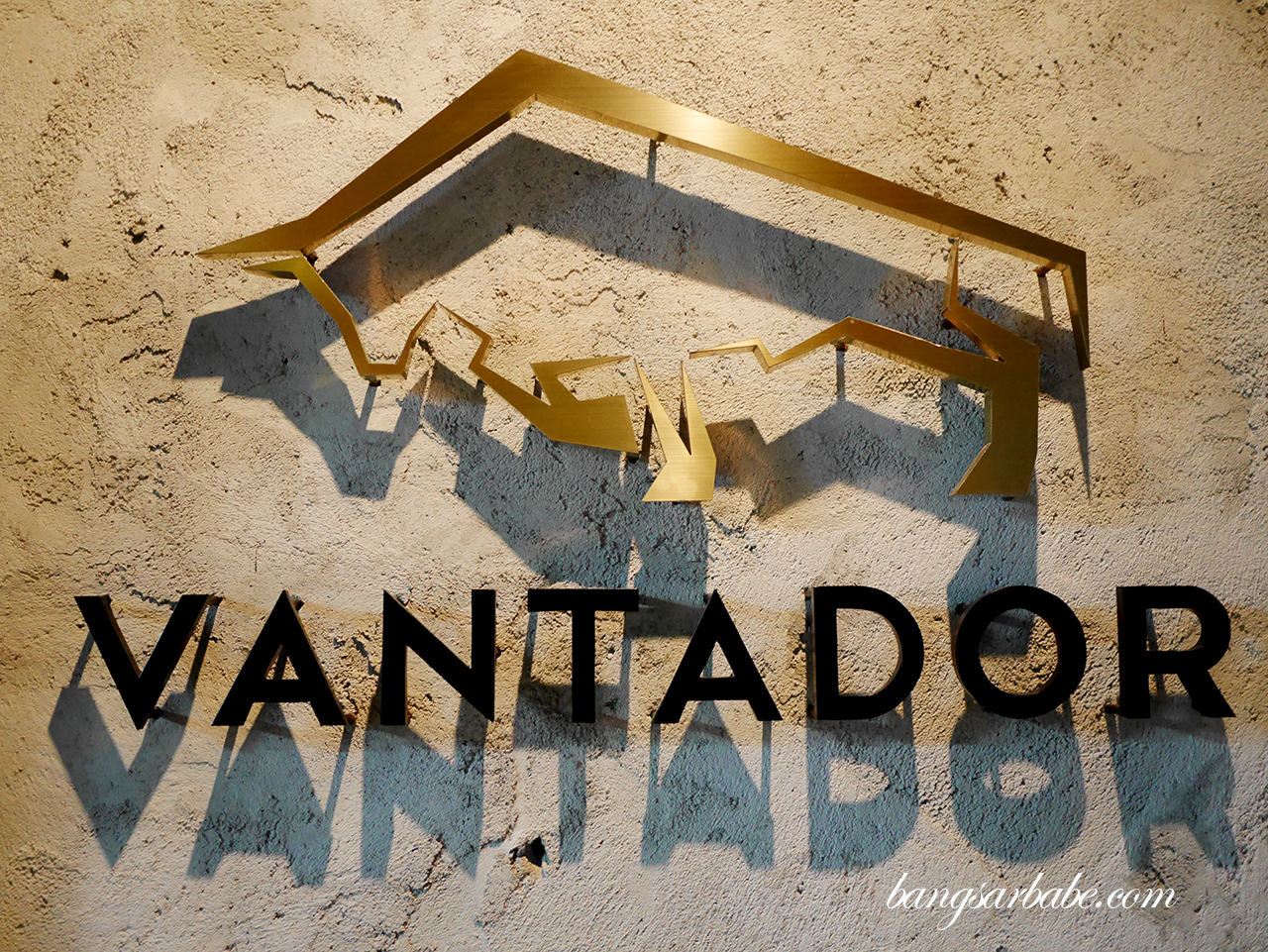 All in, I gave Vantador two shots and I wasn’t impressed. Perhaps three is a lucky charm but I’ve exceeded my quota of spending an amount equivalent to a Chanel card holder on an F&B establishment, so I’ll just stop here. It’s up to you if you want to give this place a try. :) 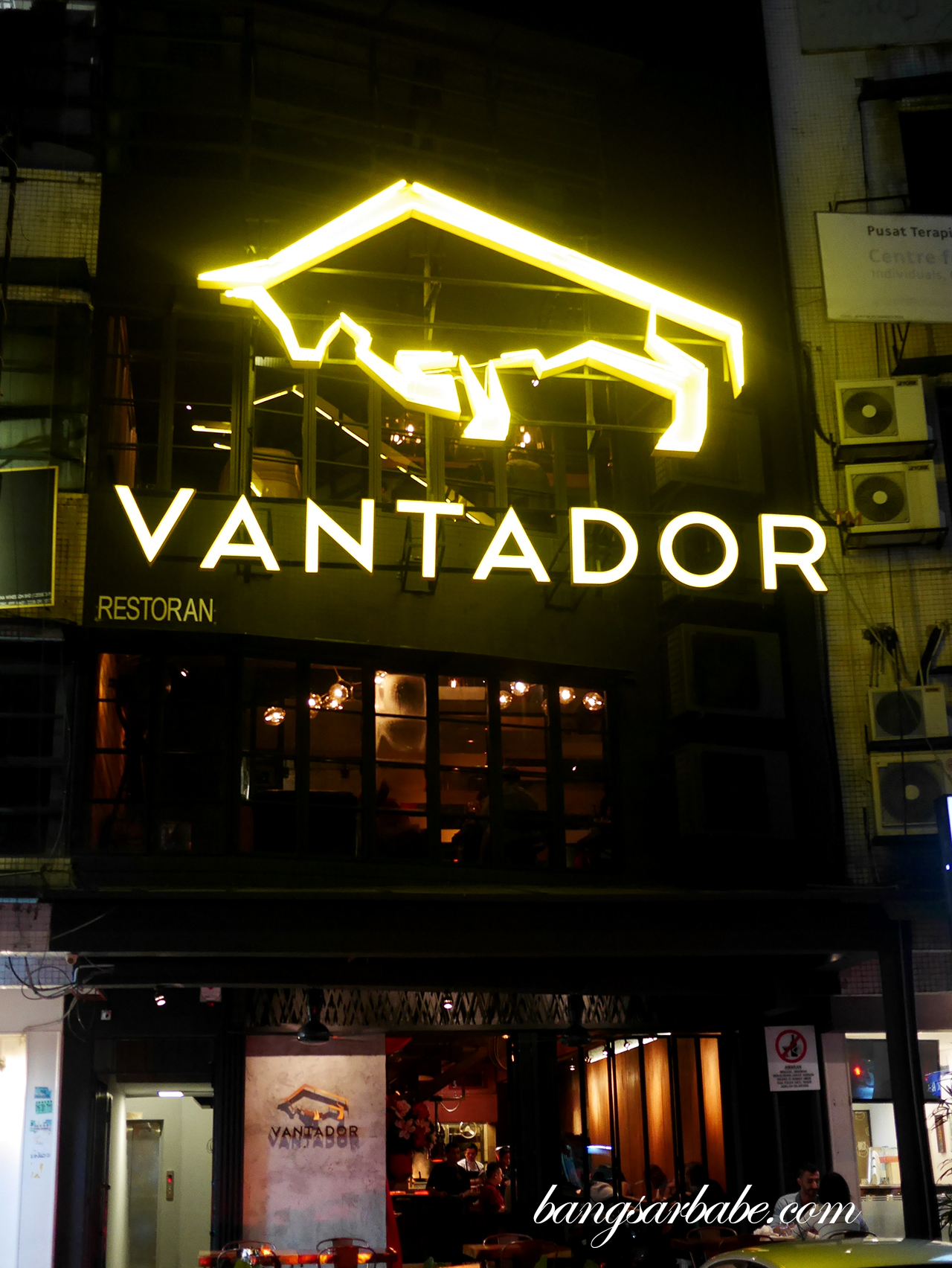