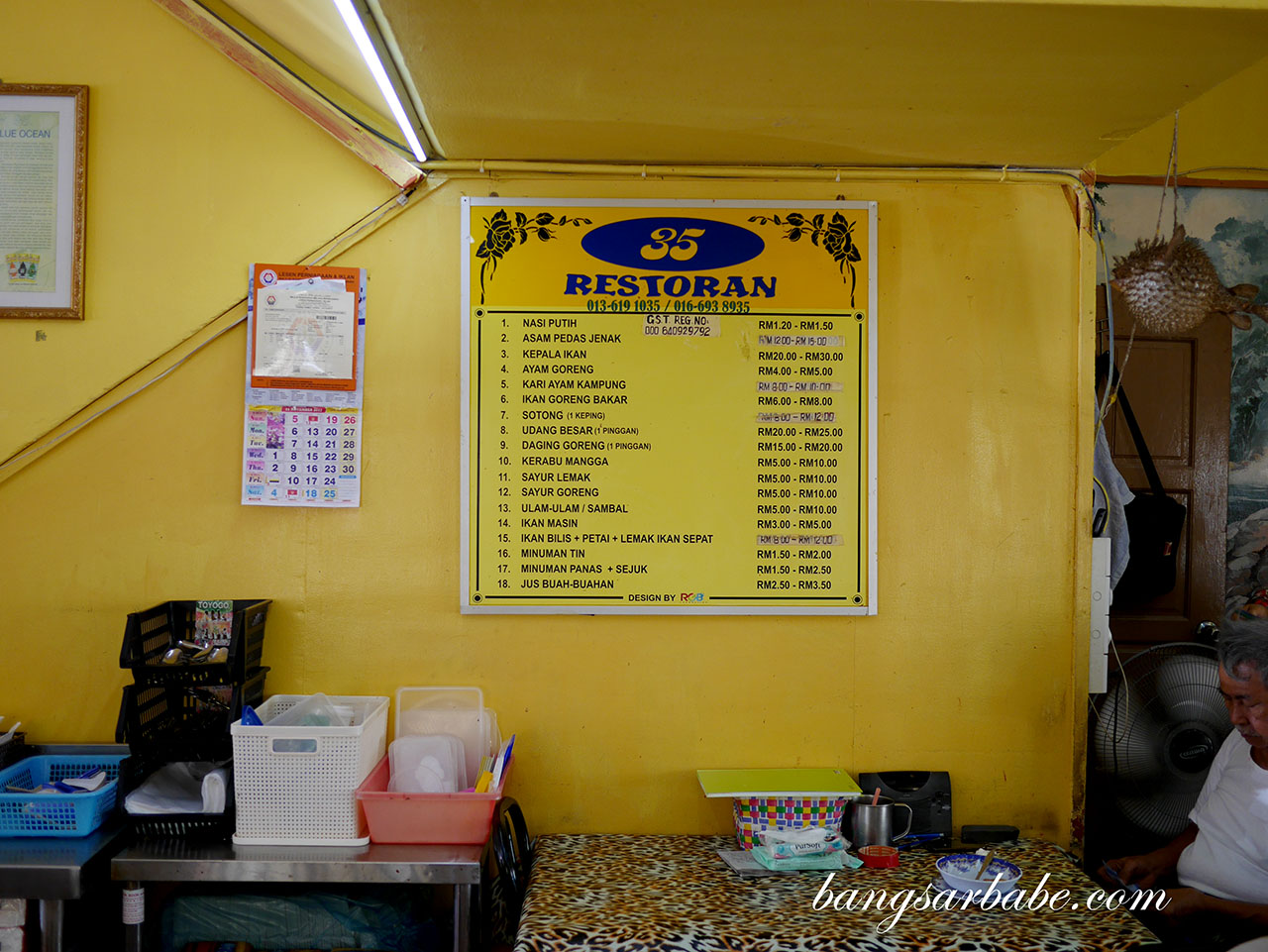 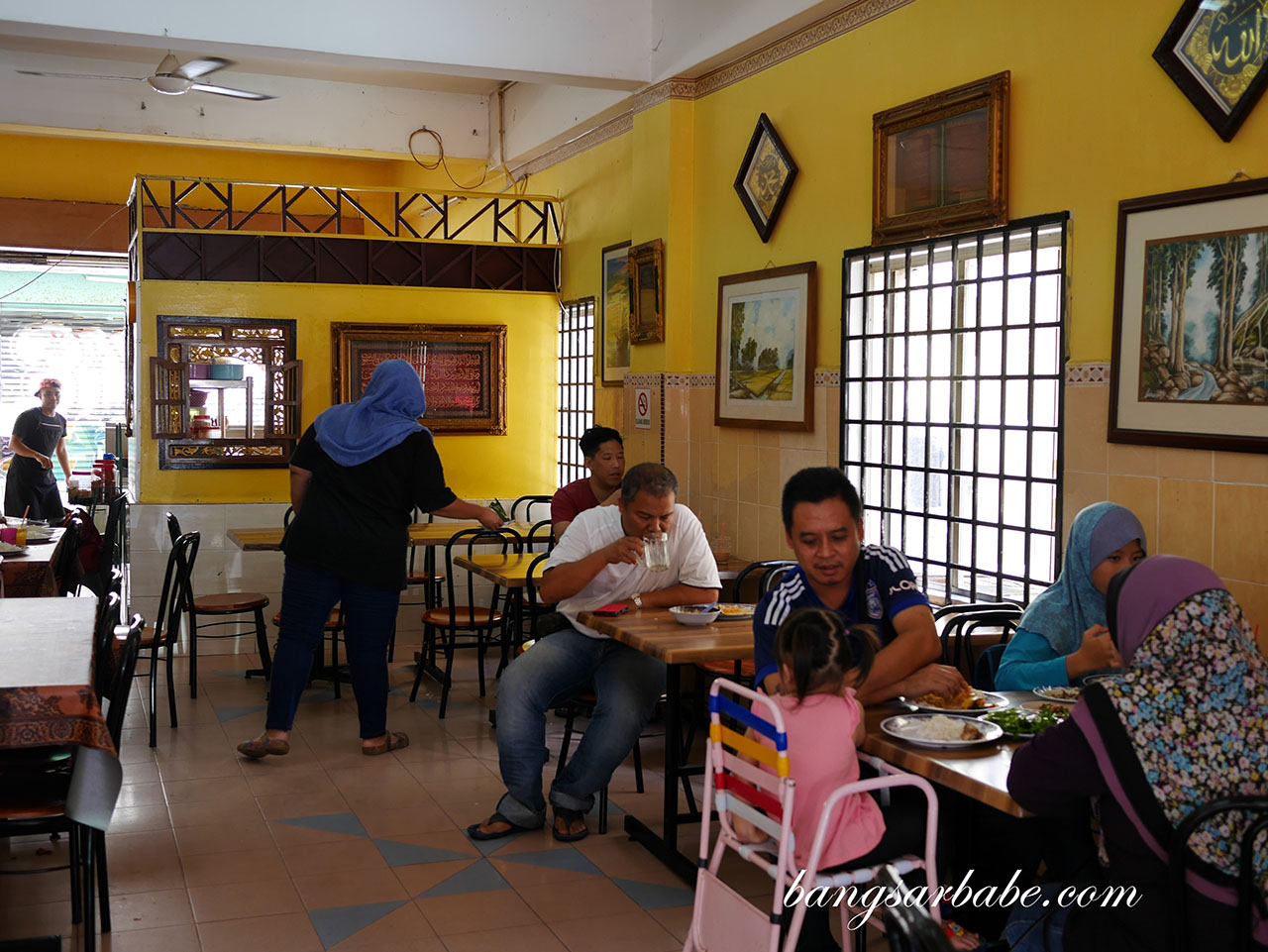 His father spoke about this asam pedas place near Mahkota Parade which serves pretty good asam pedas by his books. Since I hardly eat commercial asam pedas, Jien decided we should give this a shot. Restoran 35 in Bandar Hilir Melaka is said to be the more popular option among the locals. I was also warned about the “cranky service” which I fortunately did not experience when I went. 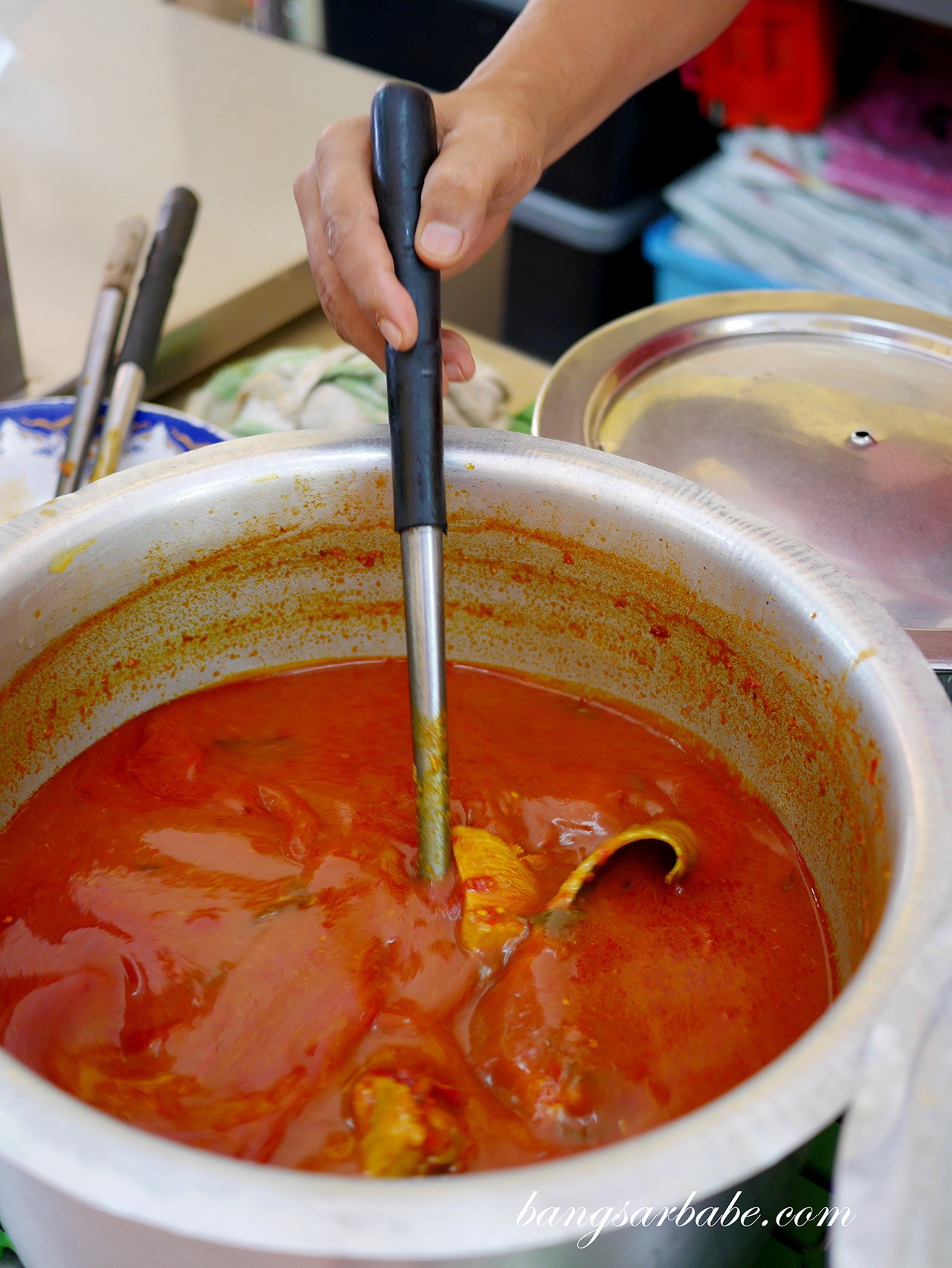 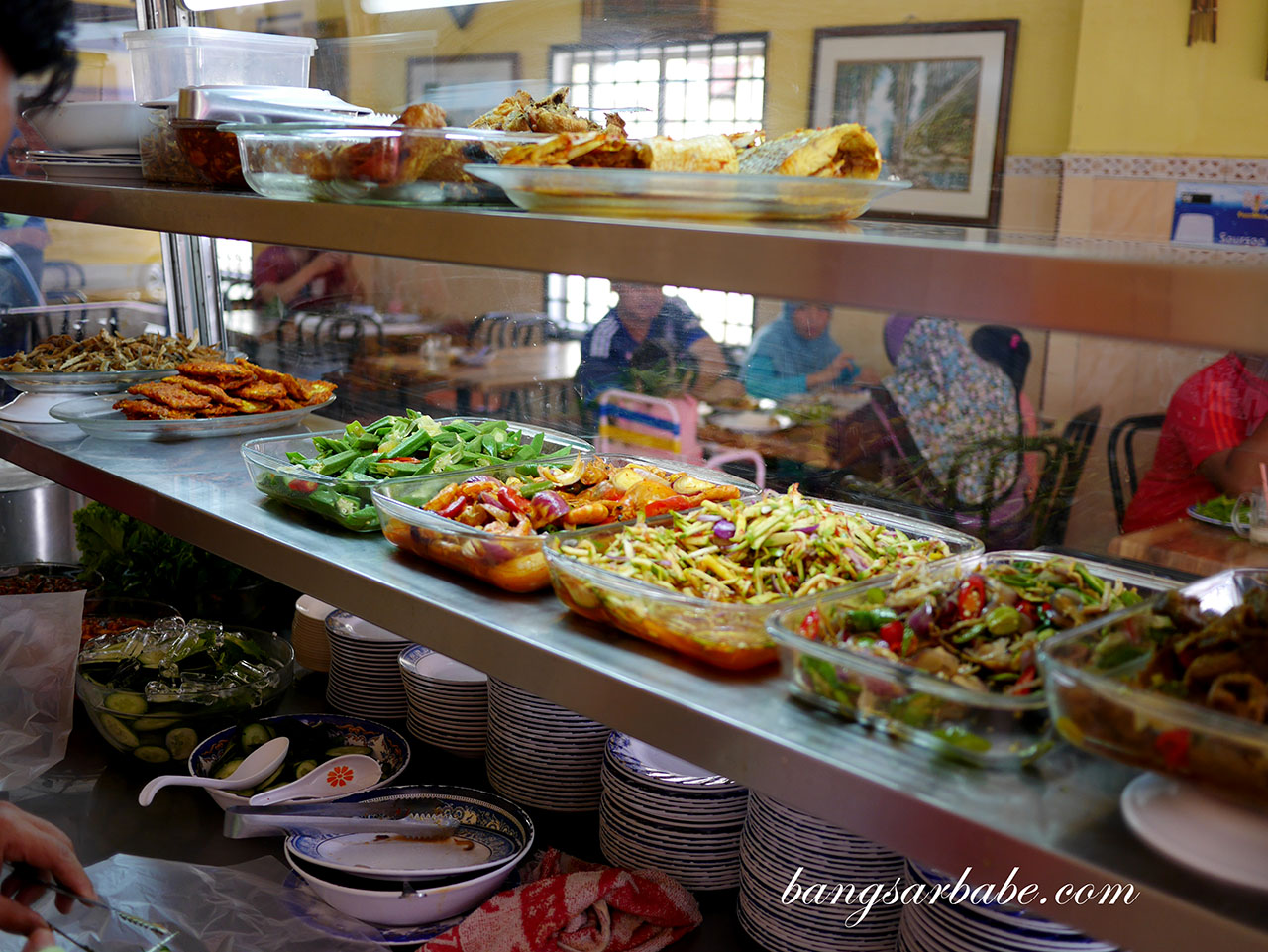 Assorted dishes to go with your asam pedas

They get pretty packed during lunchtime so expect to wait a while for a table to vacate. Even the tables along the walkway were occupied when I was there. Jien and I shared a portion of asam pedas ikan pari (priced between RM12-15 depending on fish size) and a plate of rice with fried tempe, squid, mango kerabu and sambal cili. Together with two drinks, our meal came up to RM28 — I reckon the fish costs RM15. 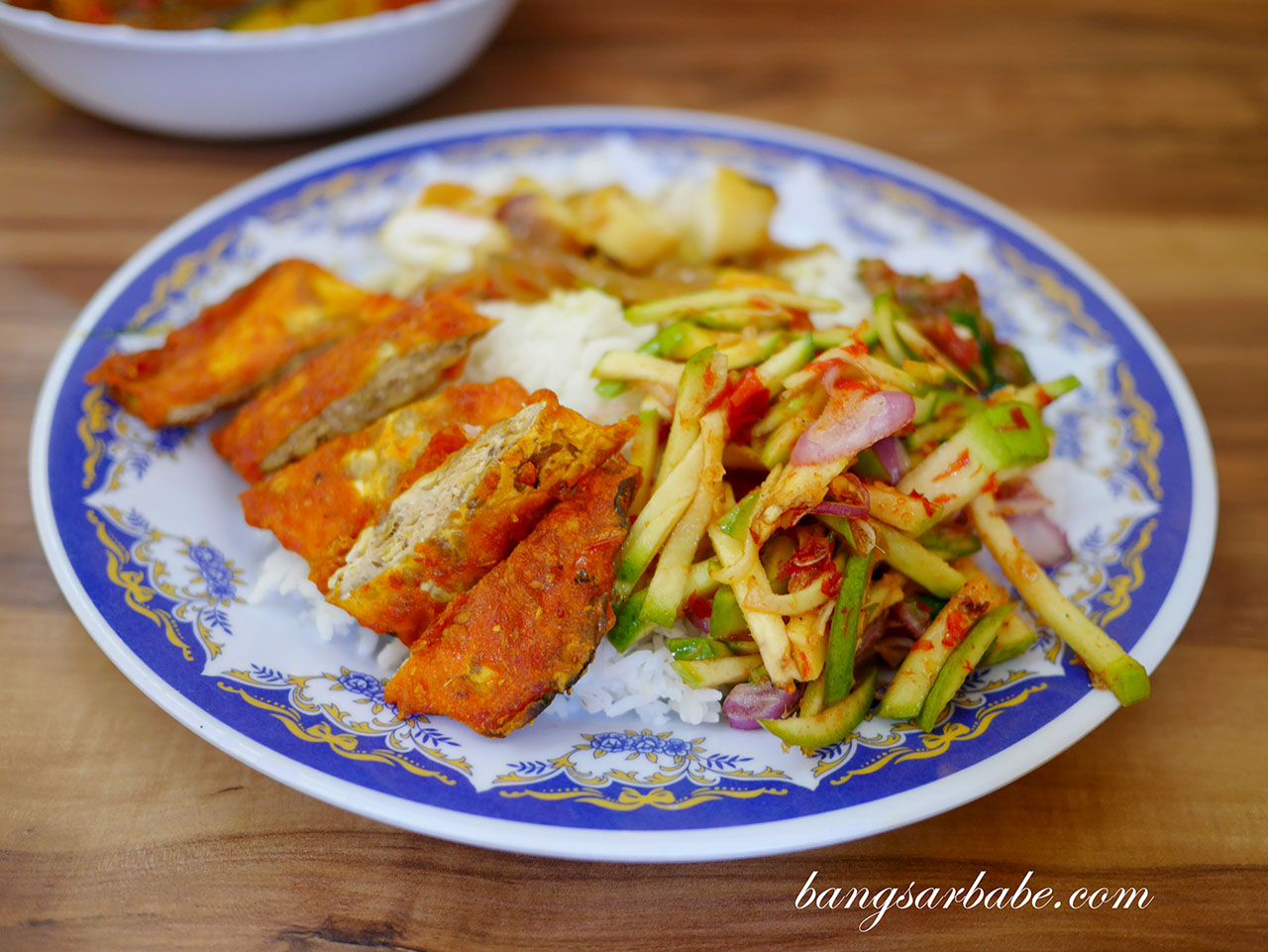 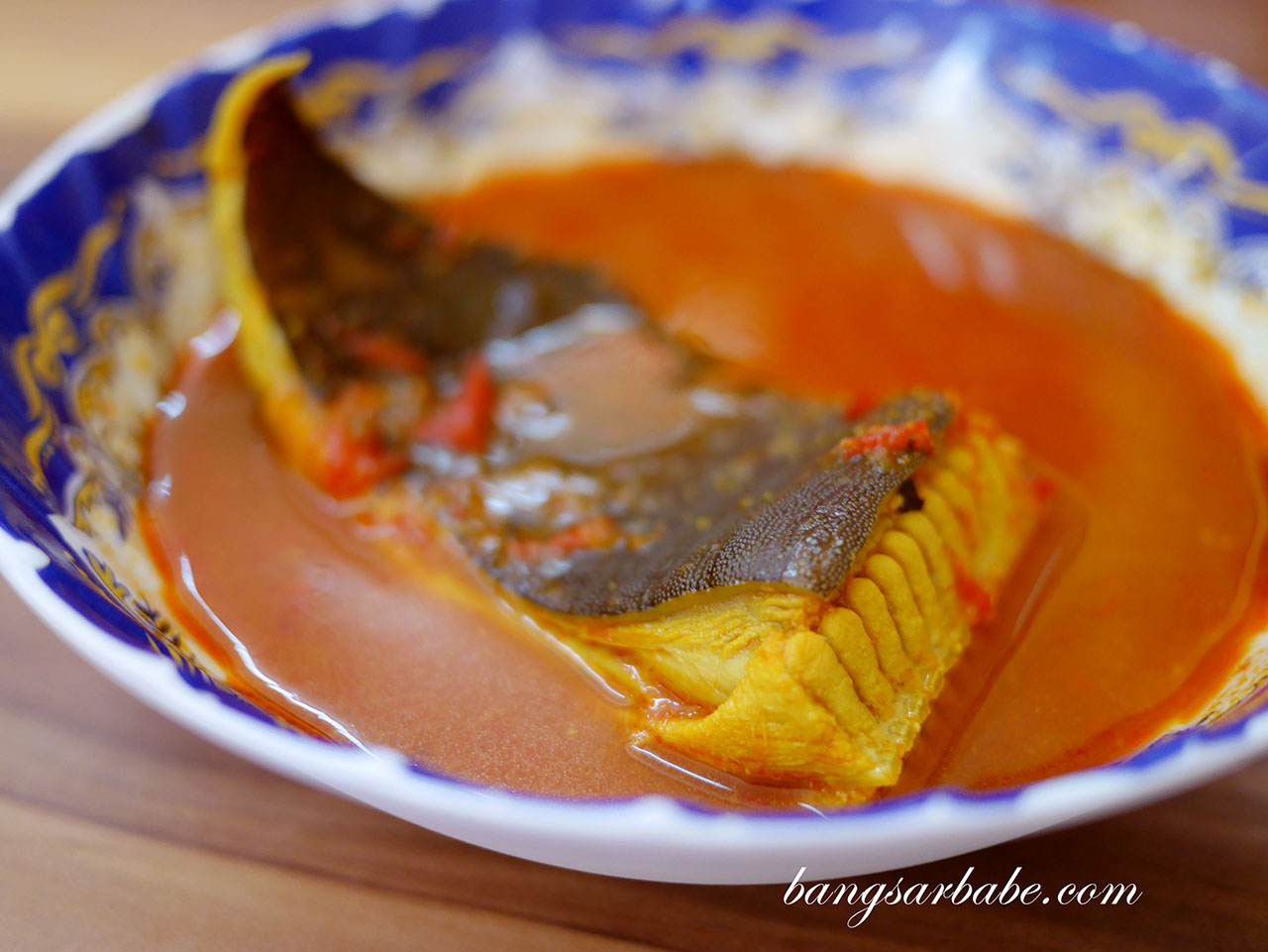 The asam pedas was quite good, I must say. It’s significantly better than Hajjah Mona near Jonker Street, which I didn’t enjoy despite the hype among tourists. Restoran 35’s version was spicy, tangy and thick, with plenty of aroma. The kuah is almost stew-like yet light enough not to overpower the flavour of the fish. 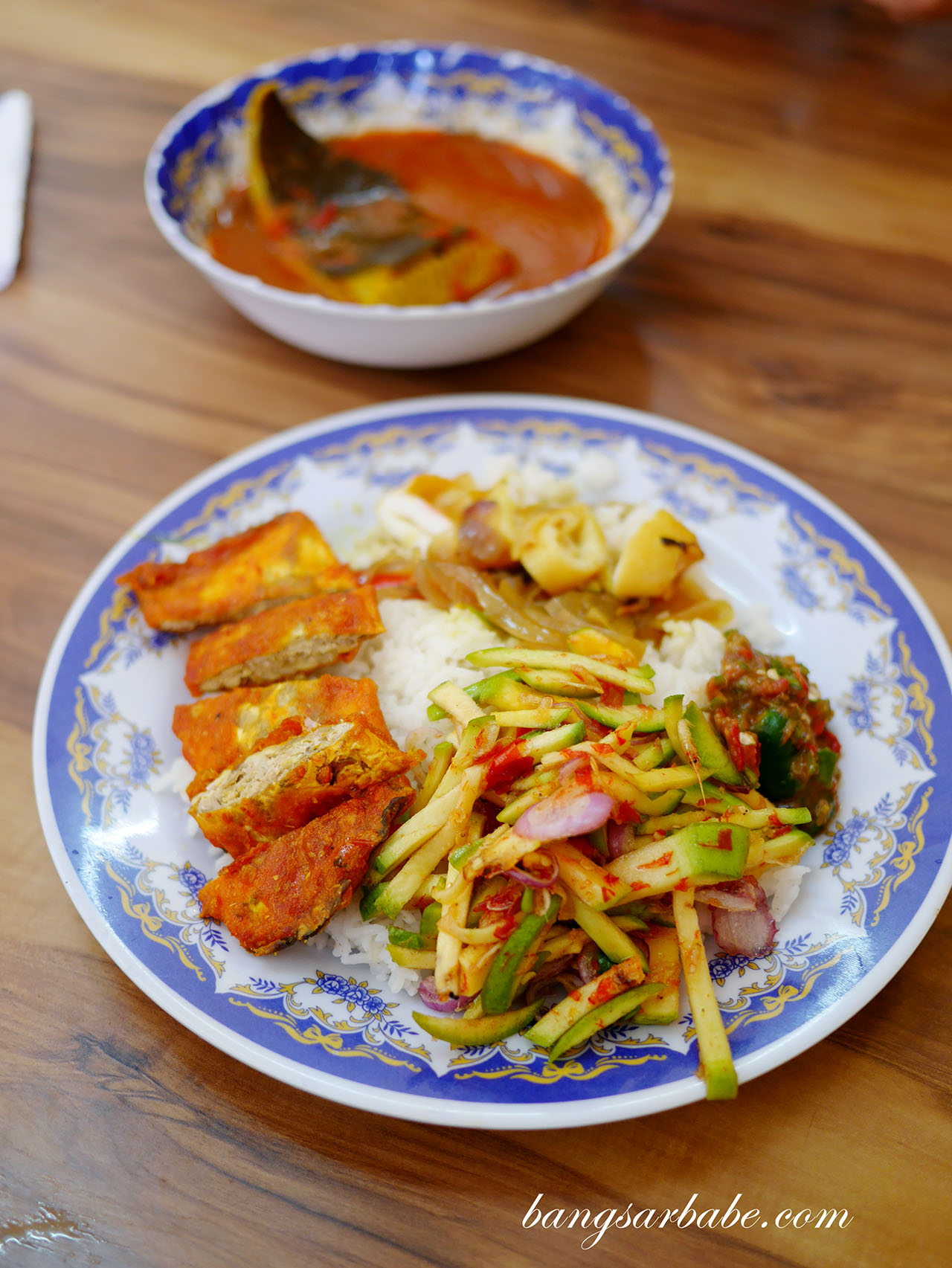 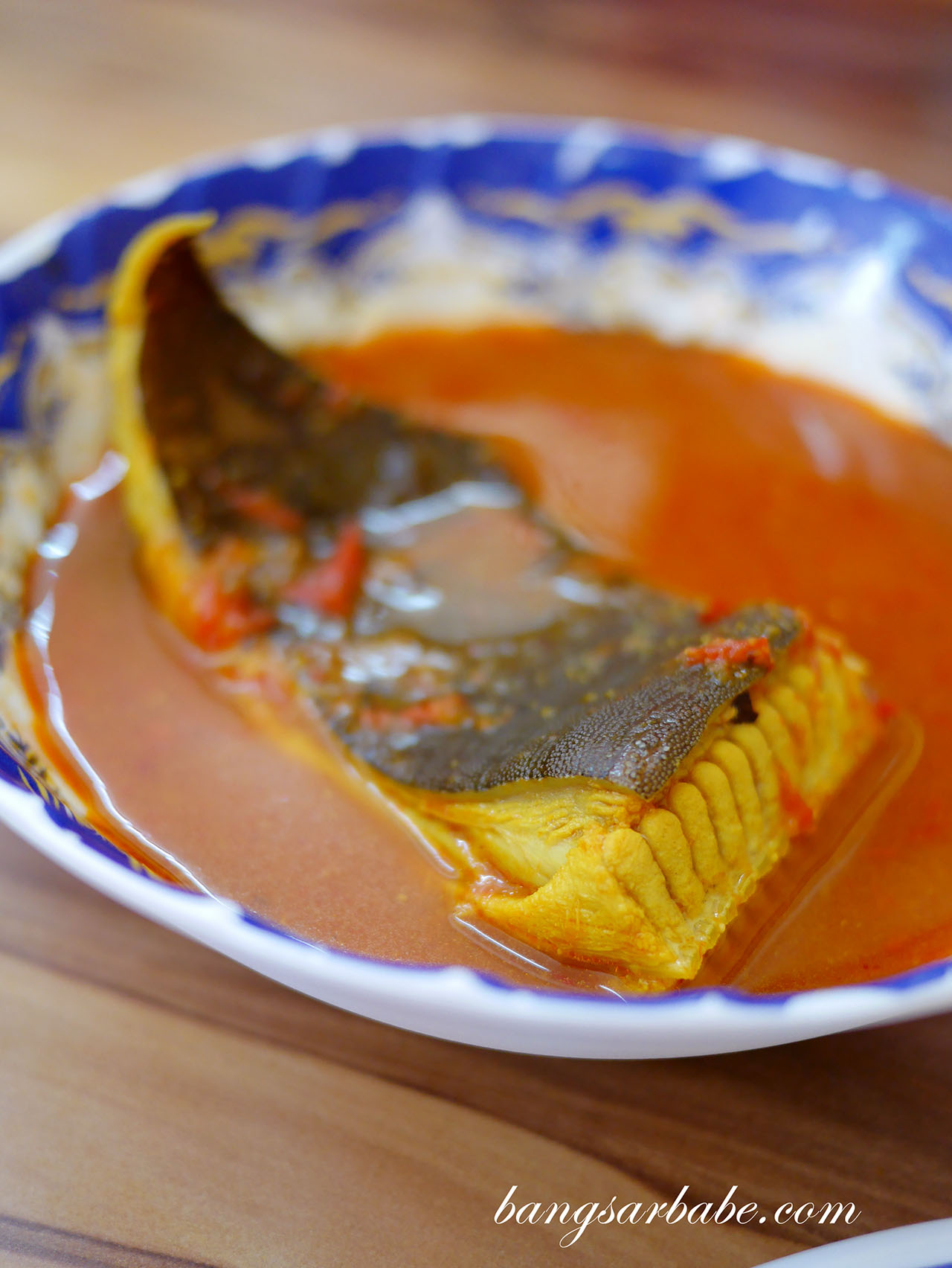 They offer ikan pari or ikan jenahak for the asam pedas; most people opt for jenahak but I generally like my asam pedas with ikan pari or pomfret. Do try the kerabu mangga if you spot it at the counter. It’s sweet, spicy and tangy with plenty of kick from the dried shrimp and cili padi. I also like how their sambal cili is creamy yet spicy; the secret probably lies in the belacan they use. 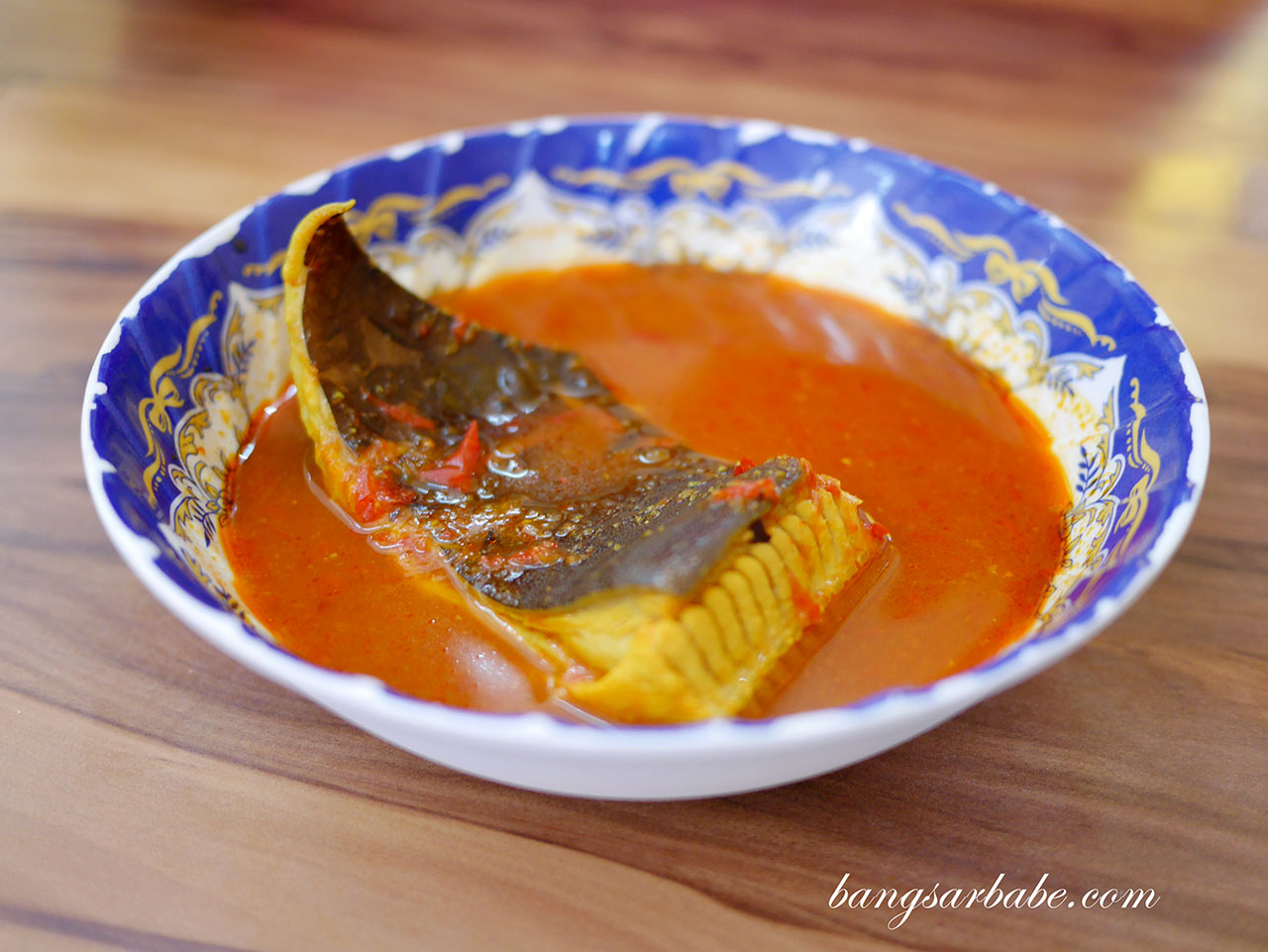 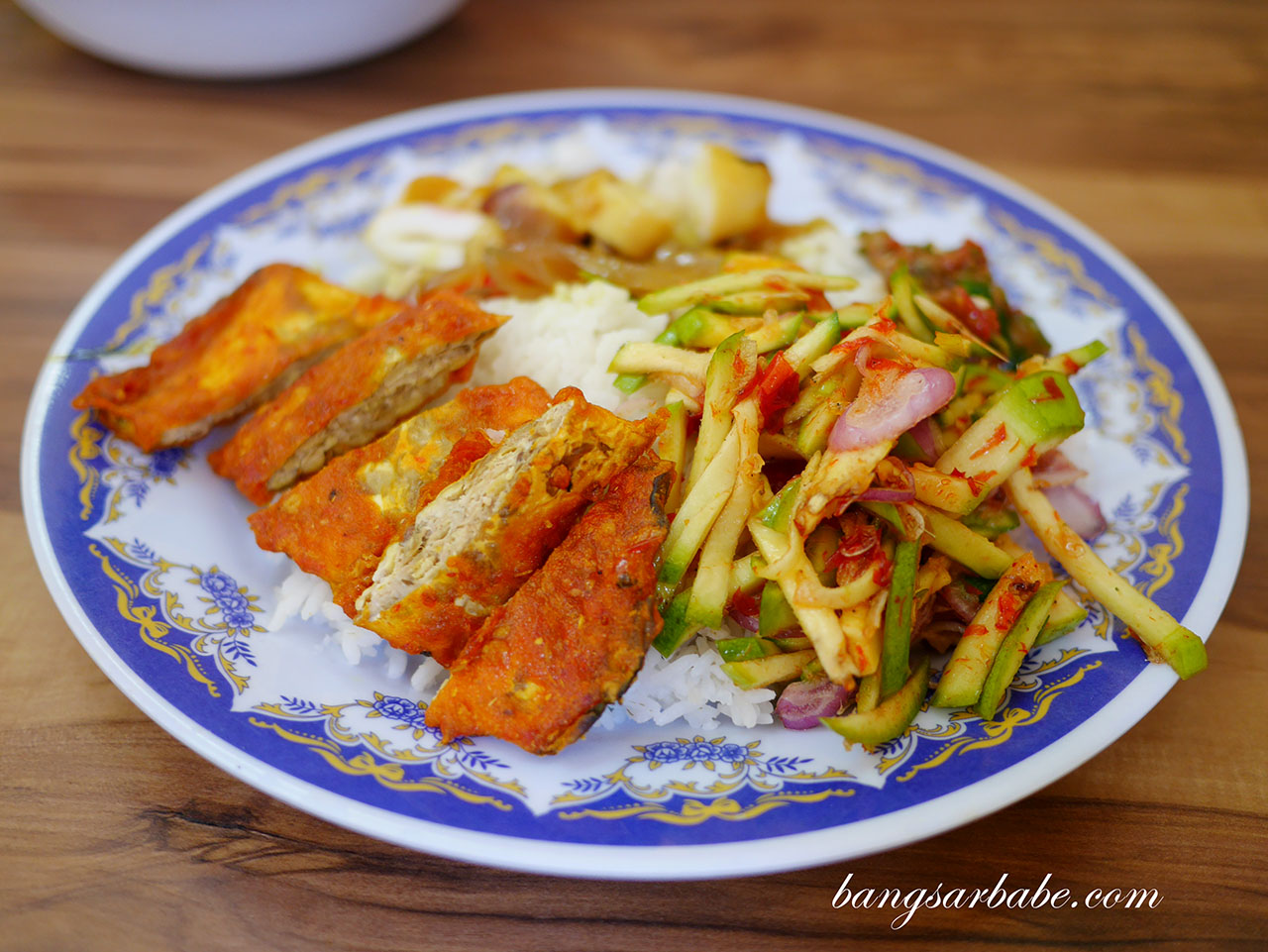 Prices are a bit expensive though

All in, I feel Restoran 35 is a good option for asam pedas if you’re in Melaka. Jien still feels his mother makes it better (her version is really quite good) but I’m leaning towards Restoran 35’s asam pedas because it’s thicker, spicier and tangier — just the way I love my kuah. Sorry mum! :P 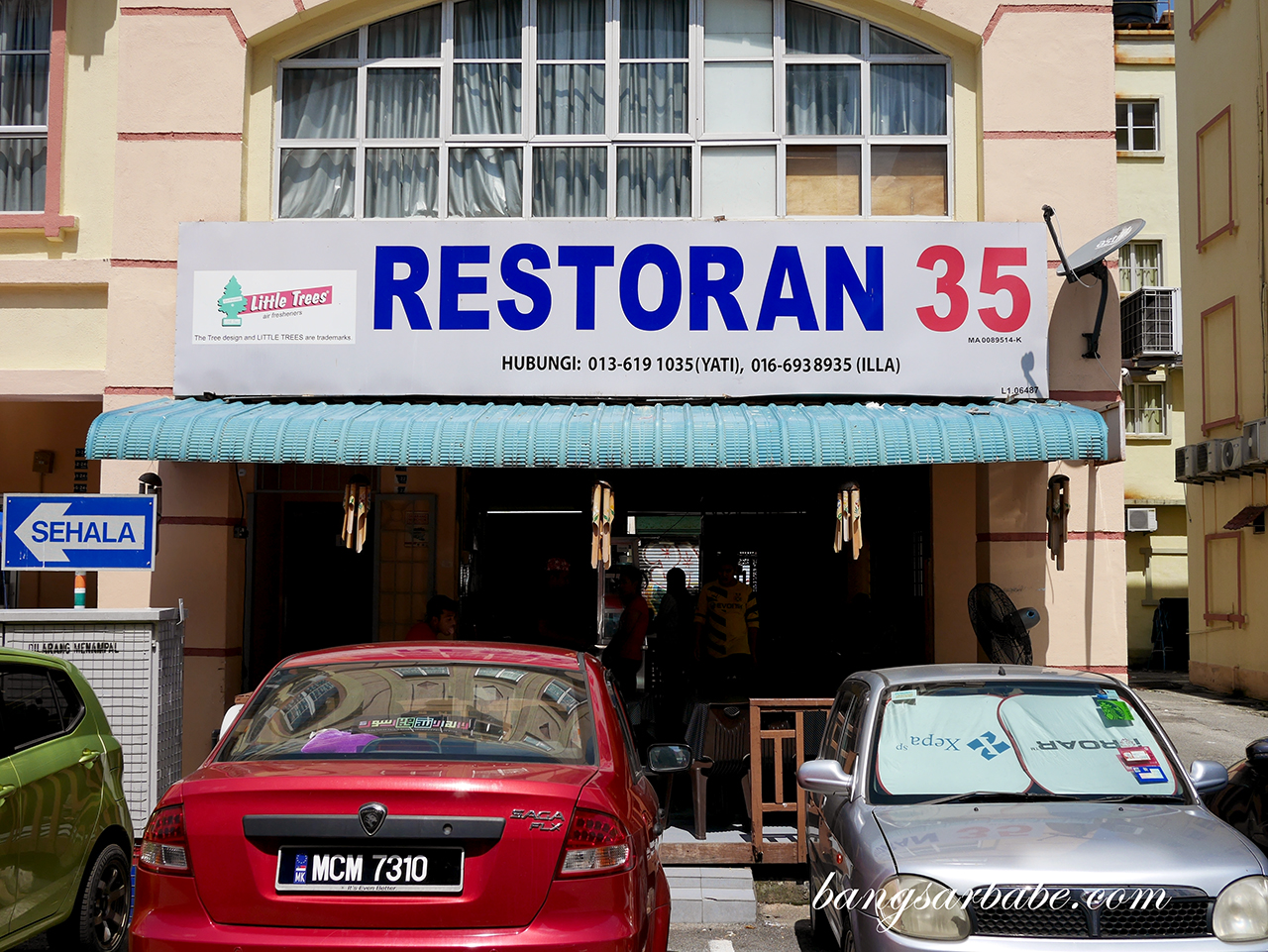