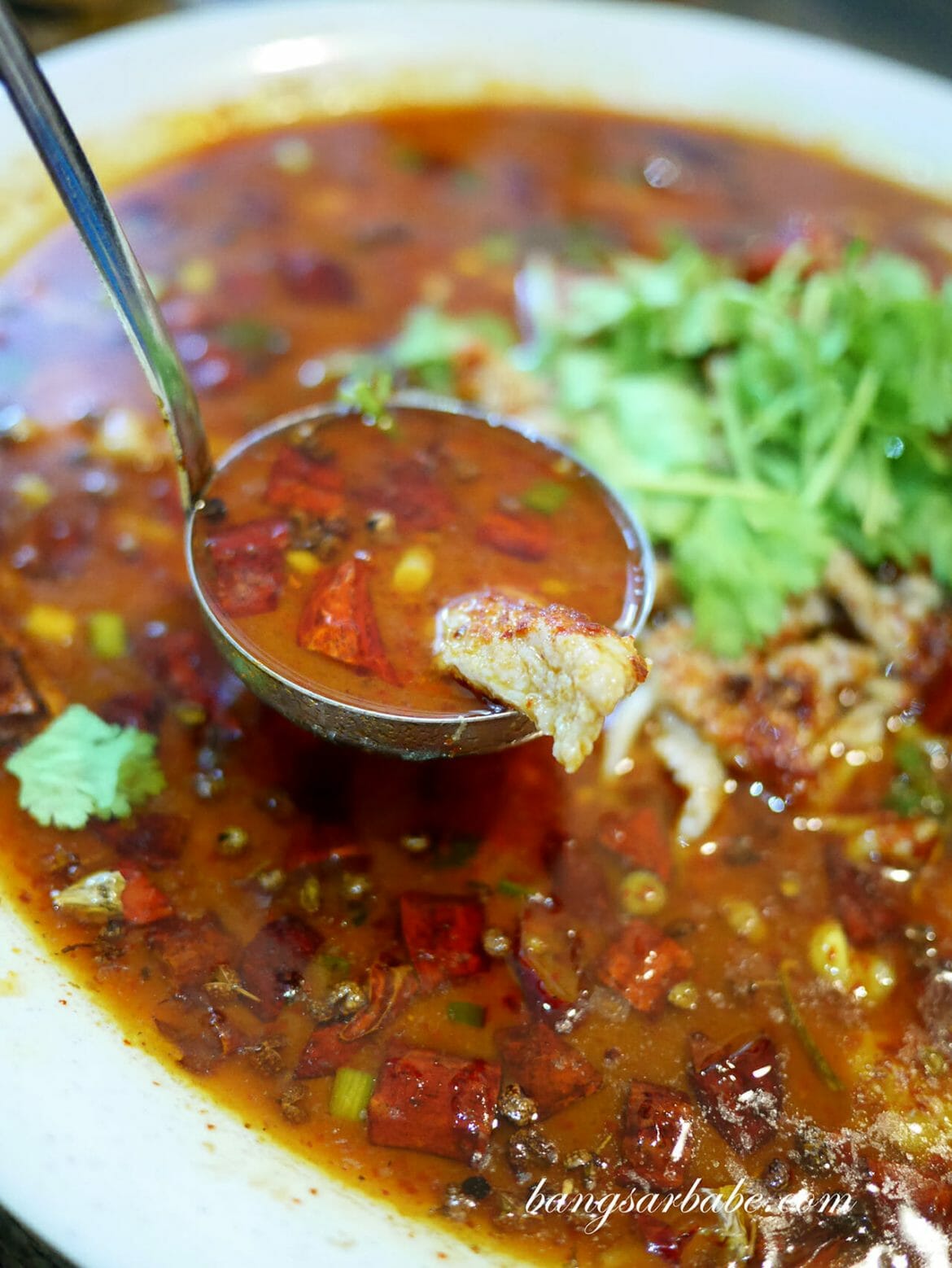 Sichuan food is something I crave every once in a while; often when I’ve had a rough day. For some reason, eating tongue-numbing dishes shifts my focus from the problems at hand. Cu Cha Dan Fan in Section 14 PJ serves Sichuan cuisine and since my usual spot in Jalan Alor has hiked up their prices so significantly, it was time to find an alternative. 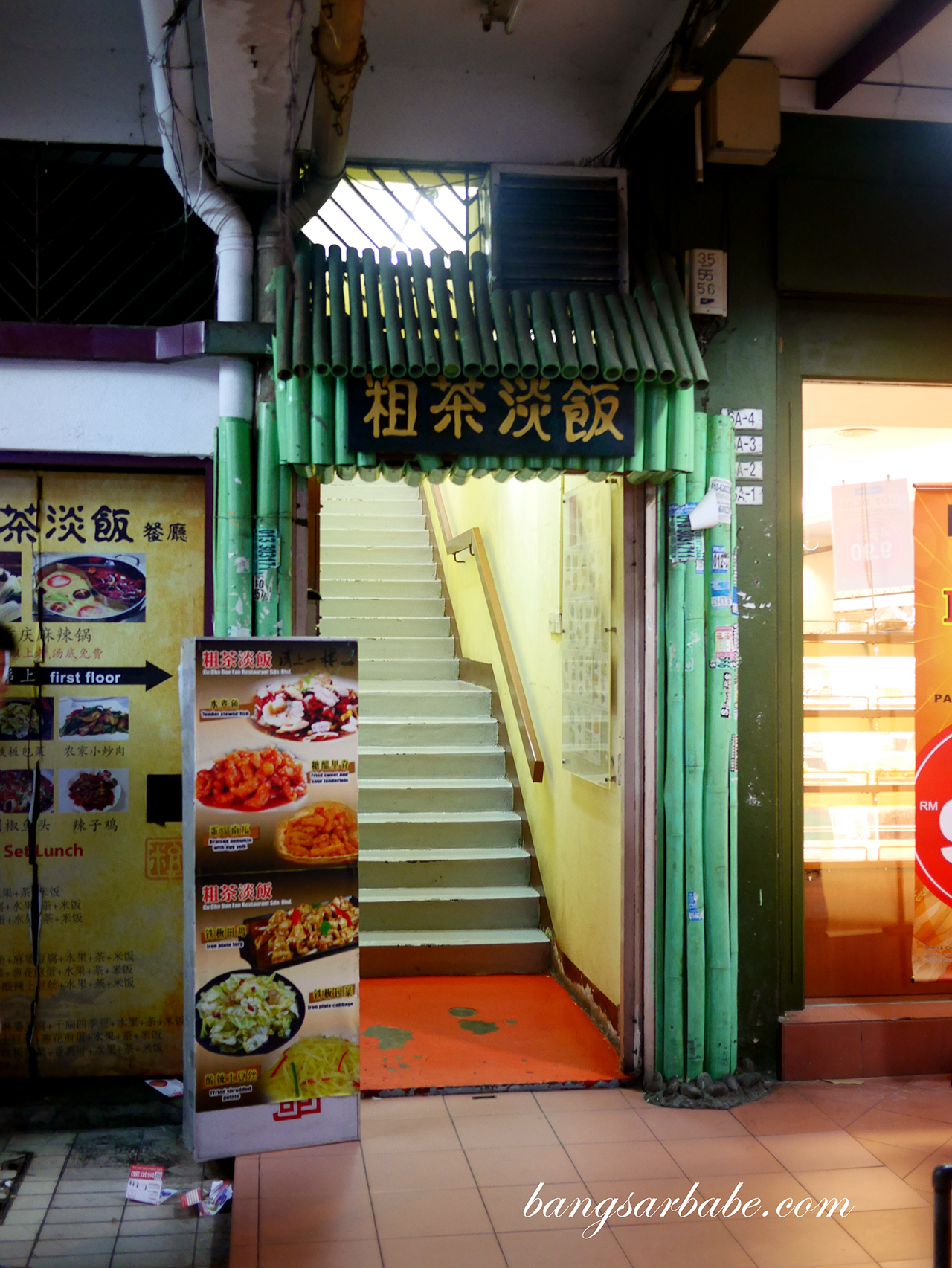 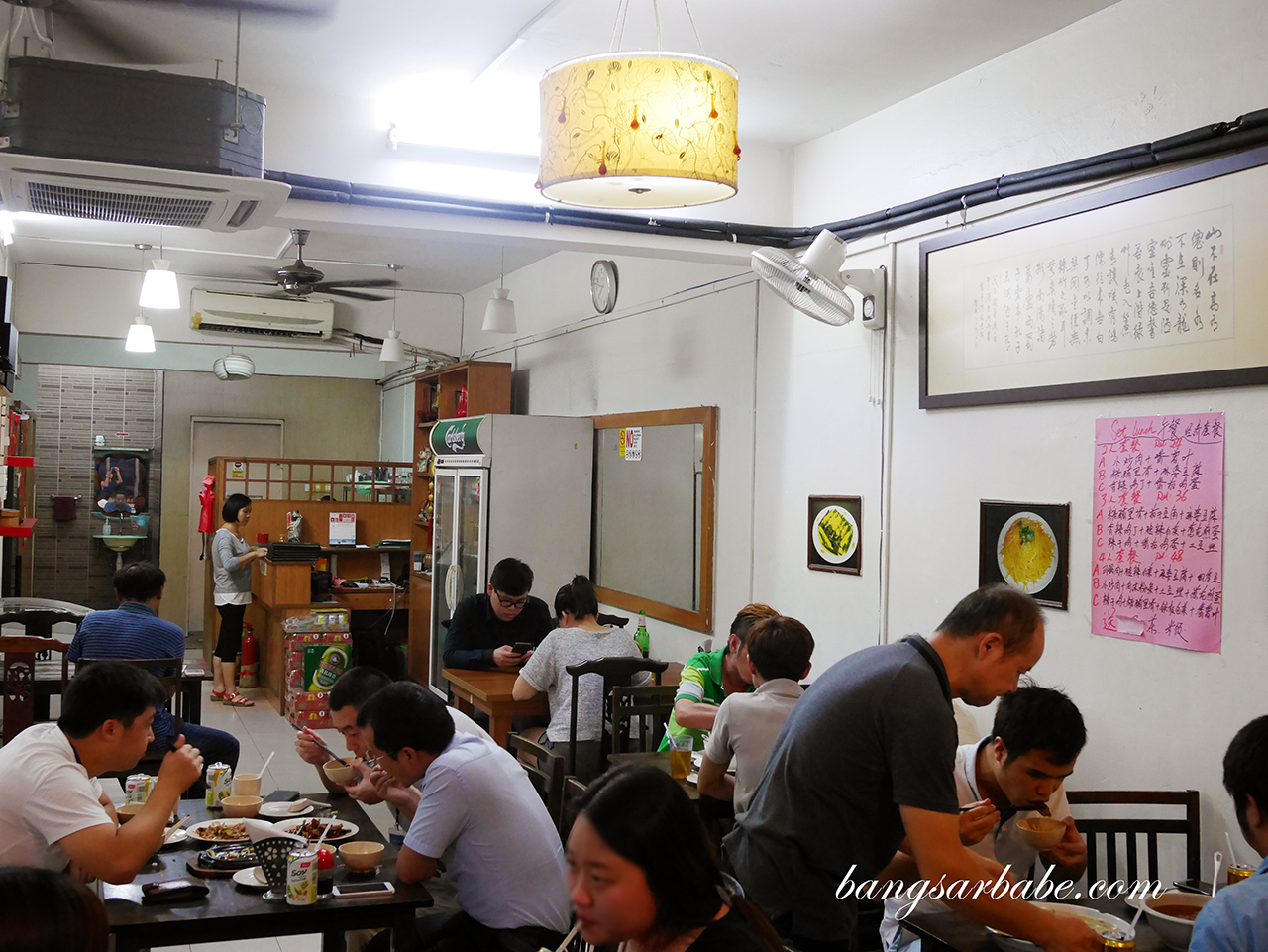 The restaurant is located above Bakers Cottage – décor is minimal, almost bare if you ask me. But the tables are occupied by patrons tucking into spicy stews and peppercorn laden dishes, oblivious to the stark white walls and basic furniture. 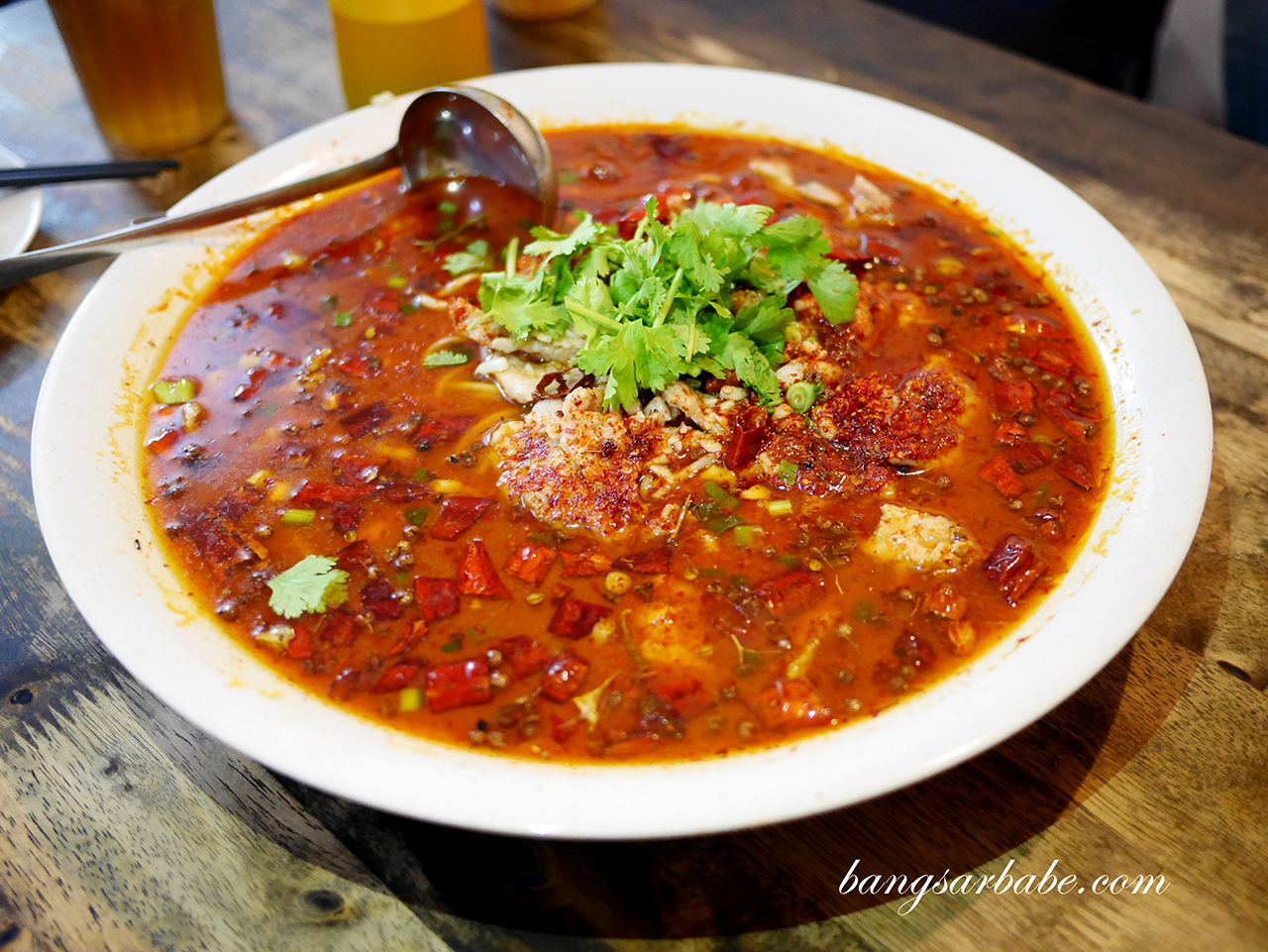 Cu Cha Dan Fan has a small but sufficient menu comprising favourites like jiaozi (pot stickers), mapo tofu, shredded potato and diced chicken with red peppers. These are also the dishes I tend to order when I’m having Sichuan food, together with spicy boiled pork, also known as “shuizhu”. 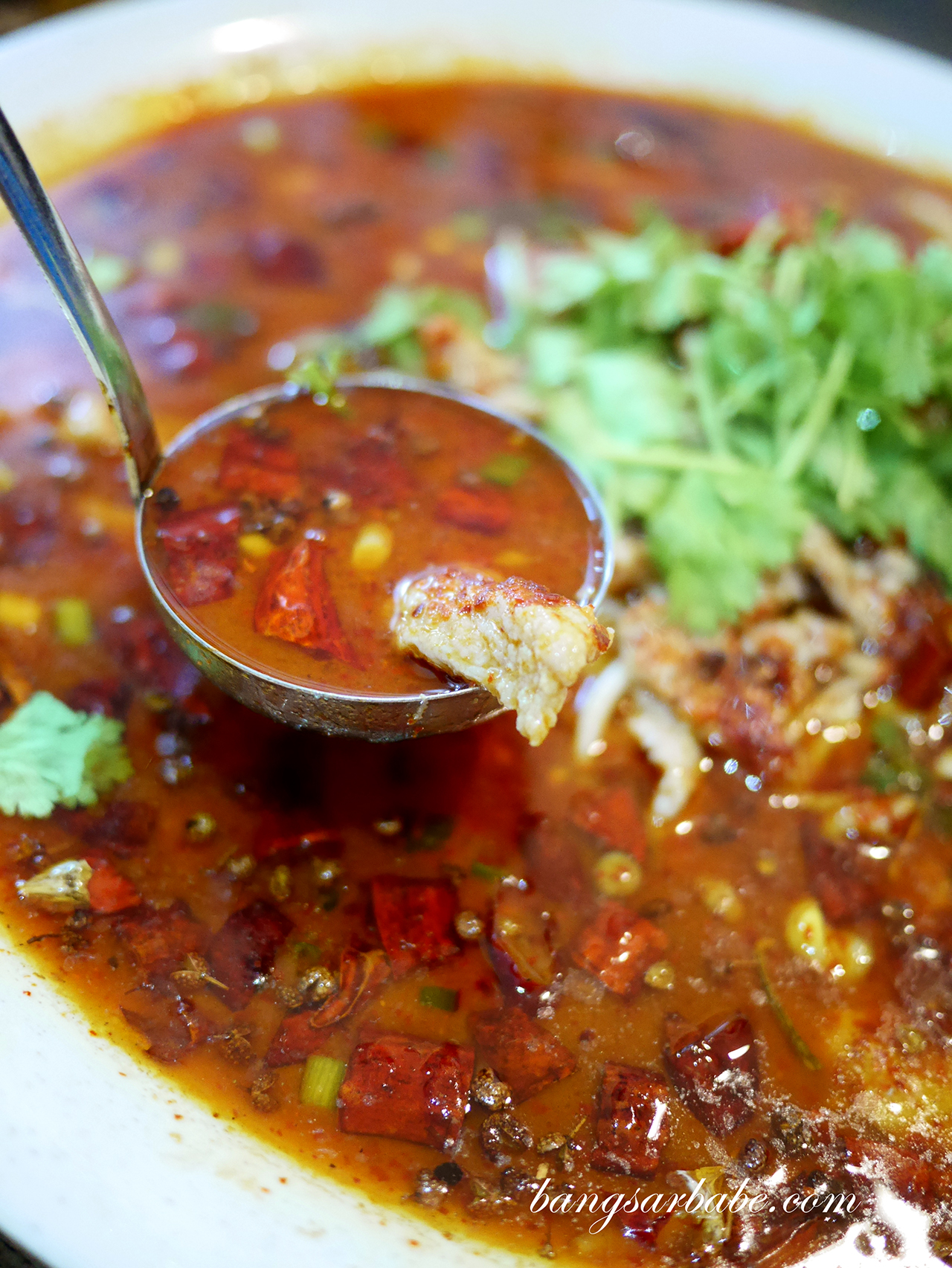 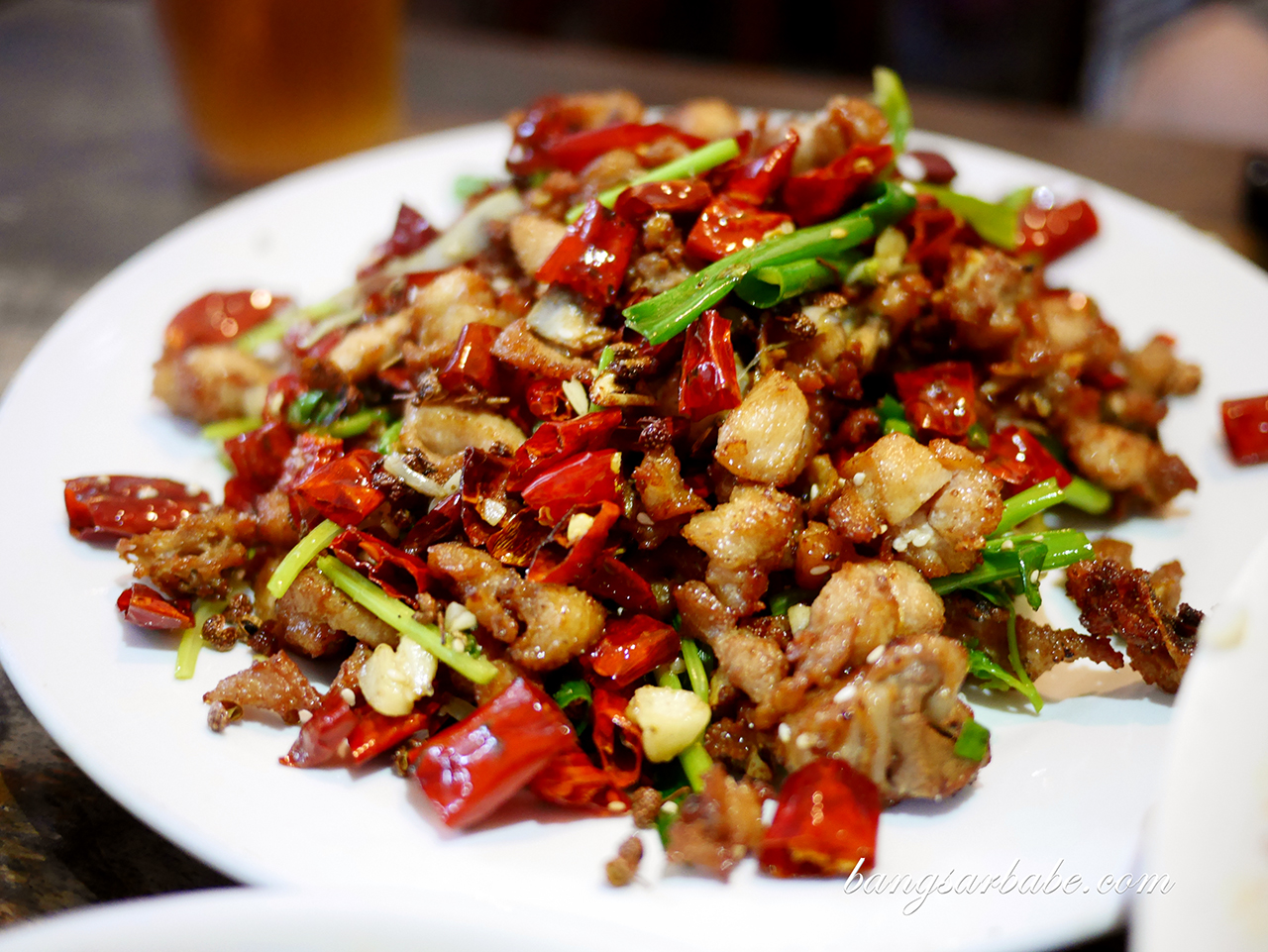 The pork slices are cooked in beanpaste soup, and hot oil is later poured on top to retain heat and give flavour to the soup. Cu Cha Dan Fan’s version (RM25 – medium, RM30 – large) was decent, but not as good as TKS in Jalan Alor. I wasn’t impressed with the diced chicken (RM20 – small, RM26 – medium) either, for there wasn’t much flavour and kick from the peppercorn and chillies. This was still spicy but considerably milder compared to the real deal. 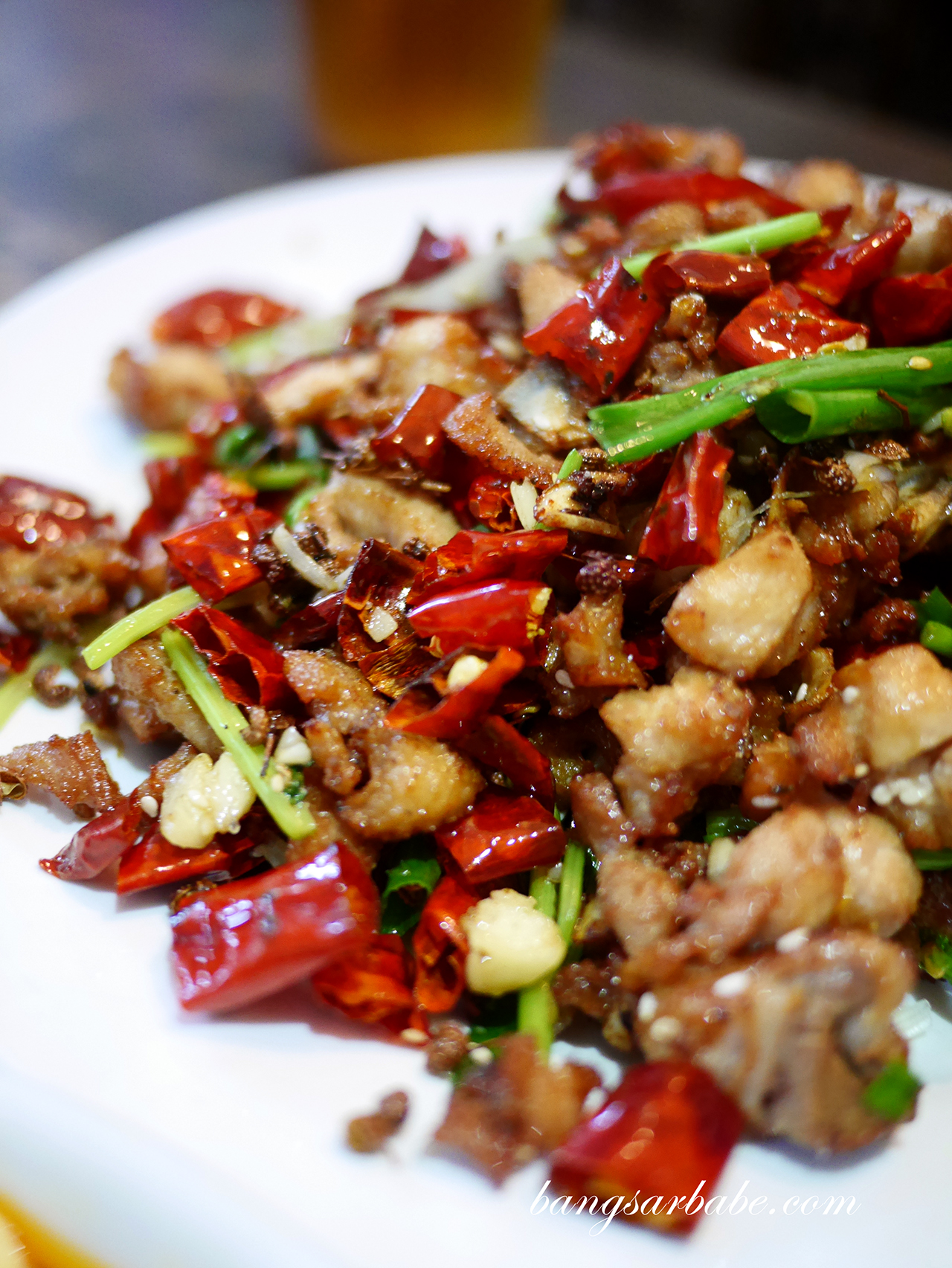 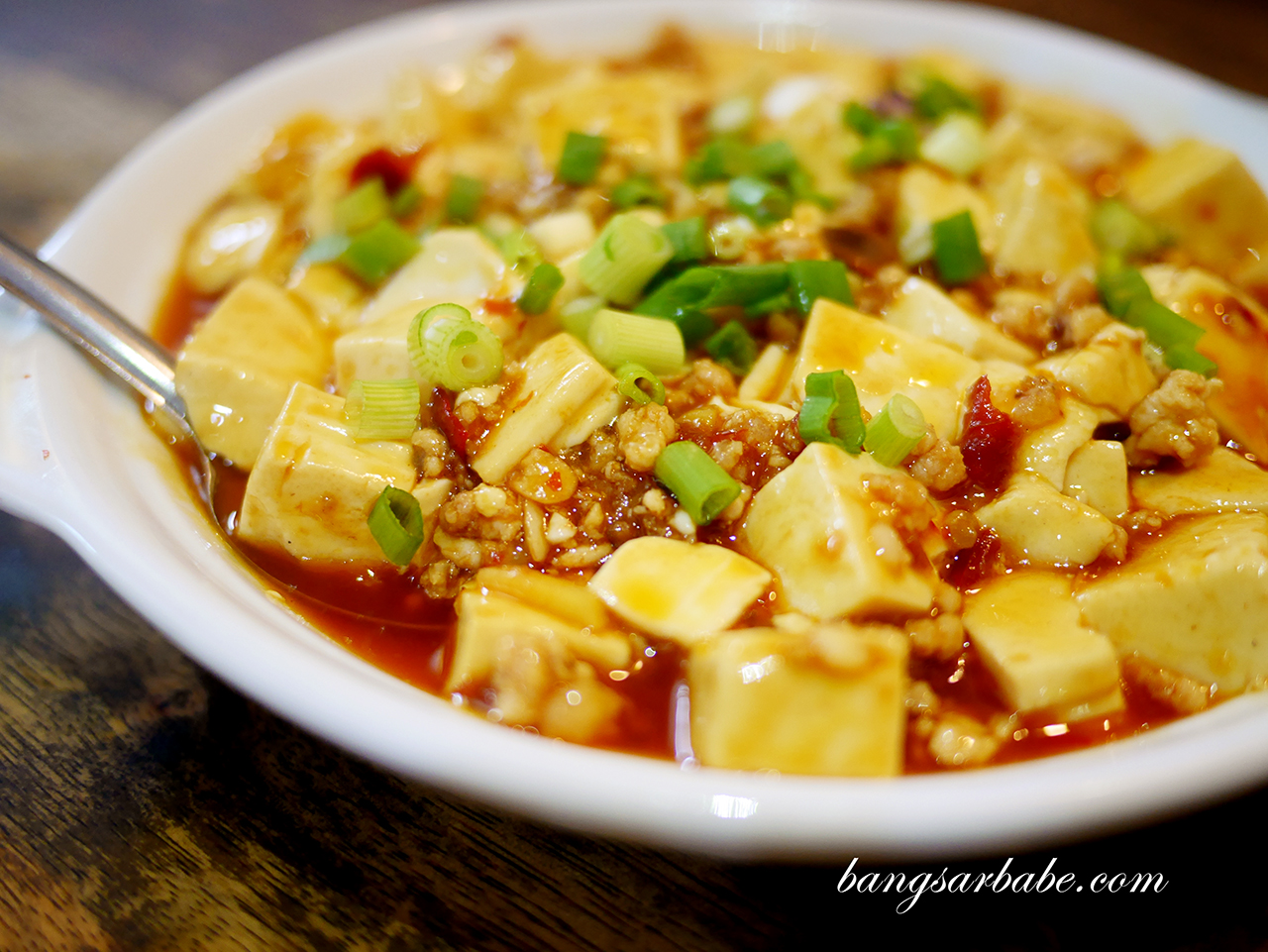 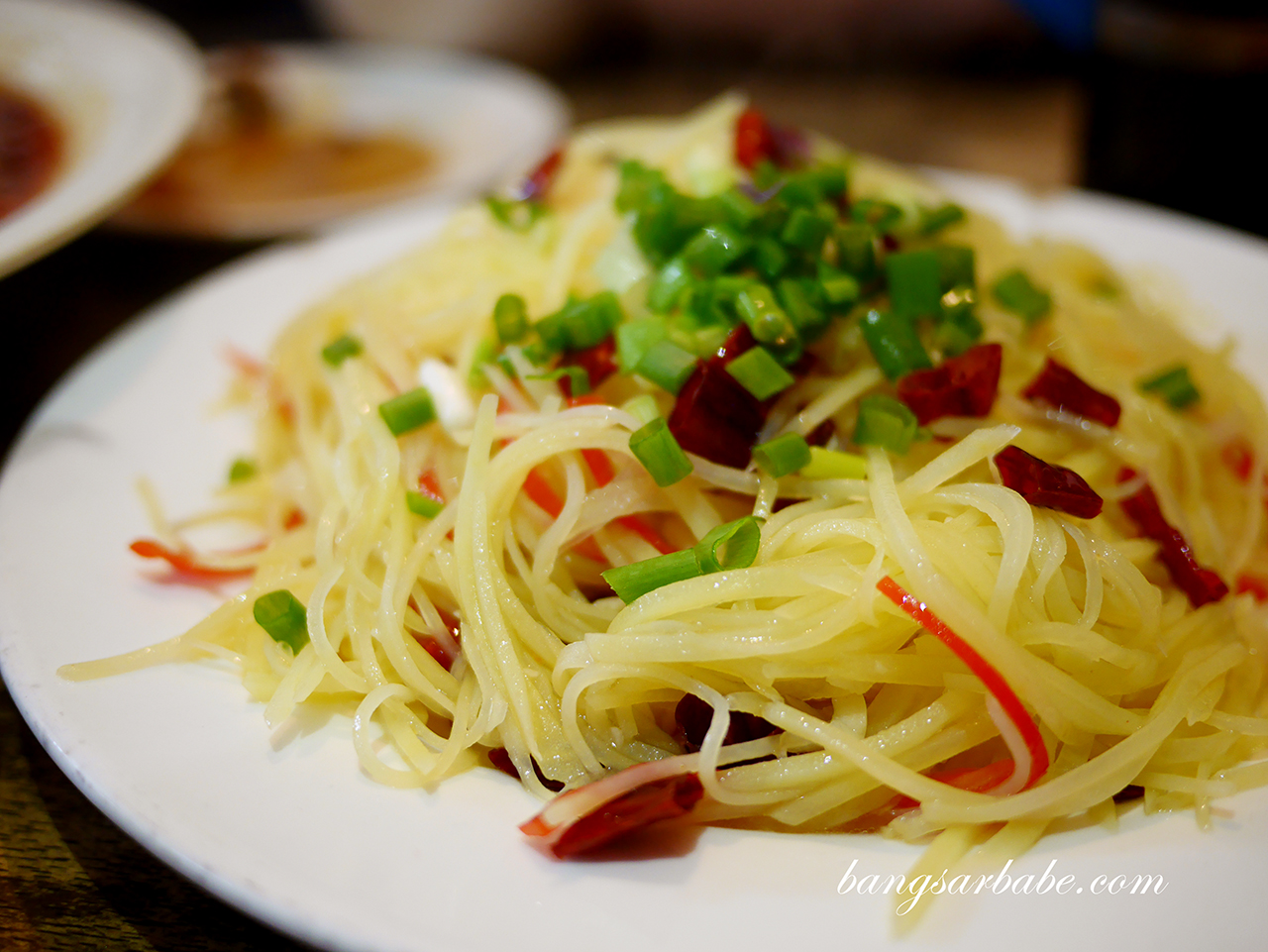 Mapo Tofu (RM12 – small, RM16 – medium) wasn’t much to shout about as it lacked depth and spiciness. This tasted more like white tofu, braised in spicy sauce with minced pork, rather than the bean-flavoured and tongue-tingling flavour I’m familiar with. Also average was the spicy and sour shredded potato (RM12 – small, RM16 – medium). This was lacking the spicy and sour elements, so while the julienned potato was adequately crunchy, it didn’t hit the spot. 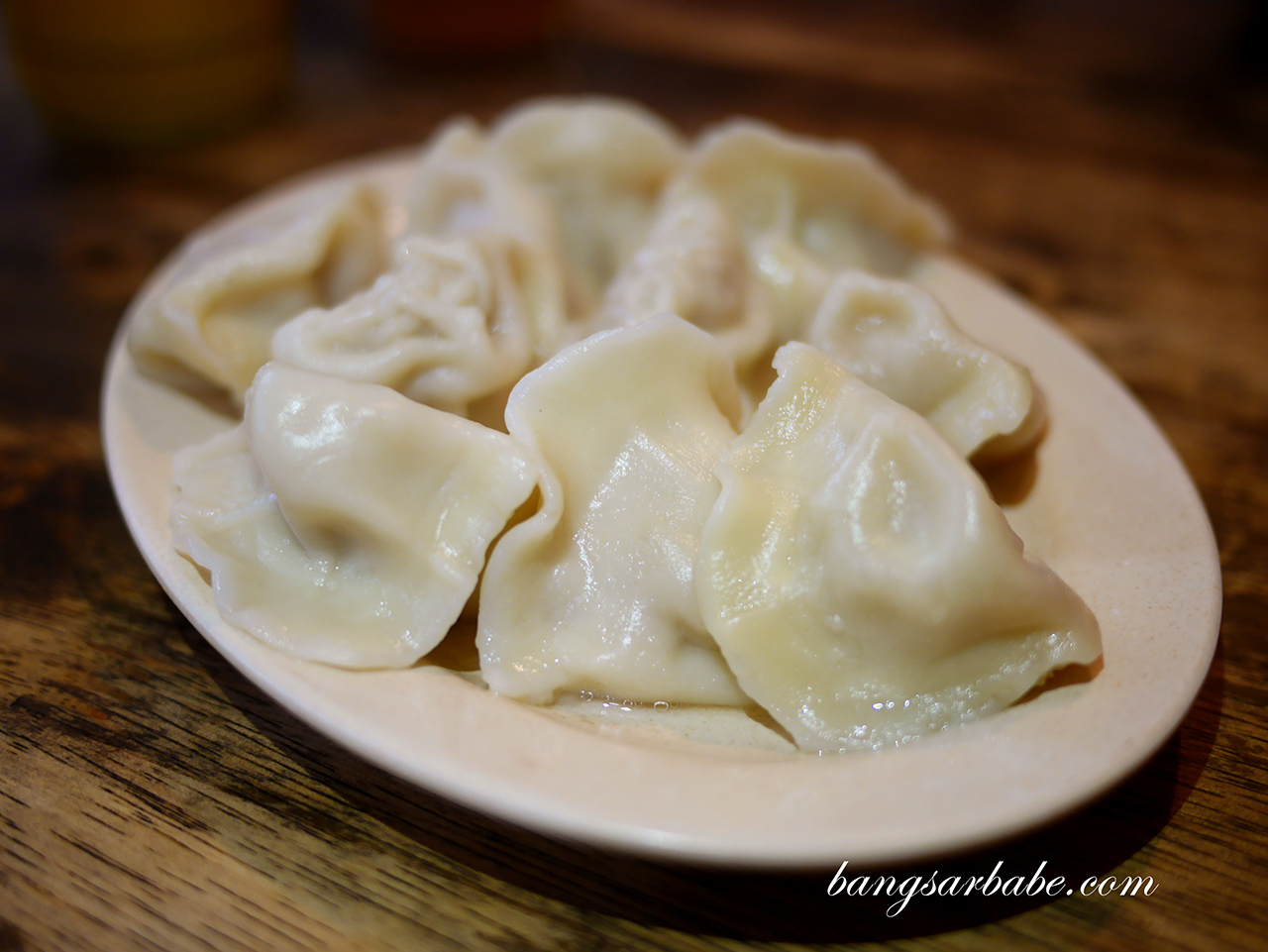 The steamed dumplings were also mediocre (RM8 – small) as the skin was overly thick, and masked the tasty nature of the pork filling. Prices are a lot more reasonable compared to the one in Jalan Alor, but the dishes paled in comparison.

I guess if you want a Sichuan meal that doesn’t put a dent in the wallet, this would be a decent option to consider. But it’s not a place to go to if you’re a hardcore Sichuan food fan as you might be disappointed with the dishes. 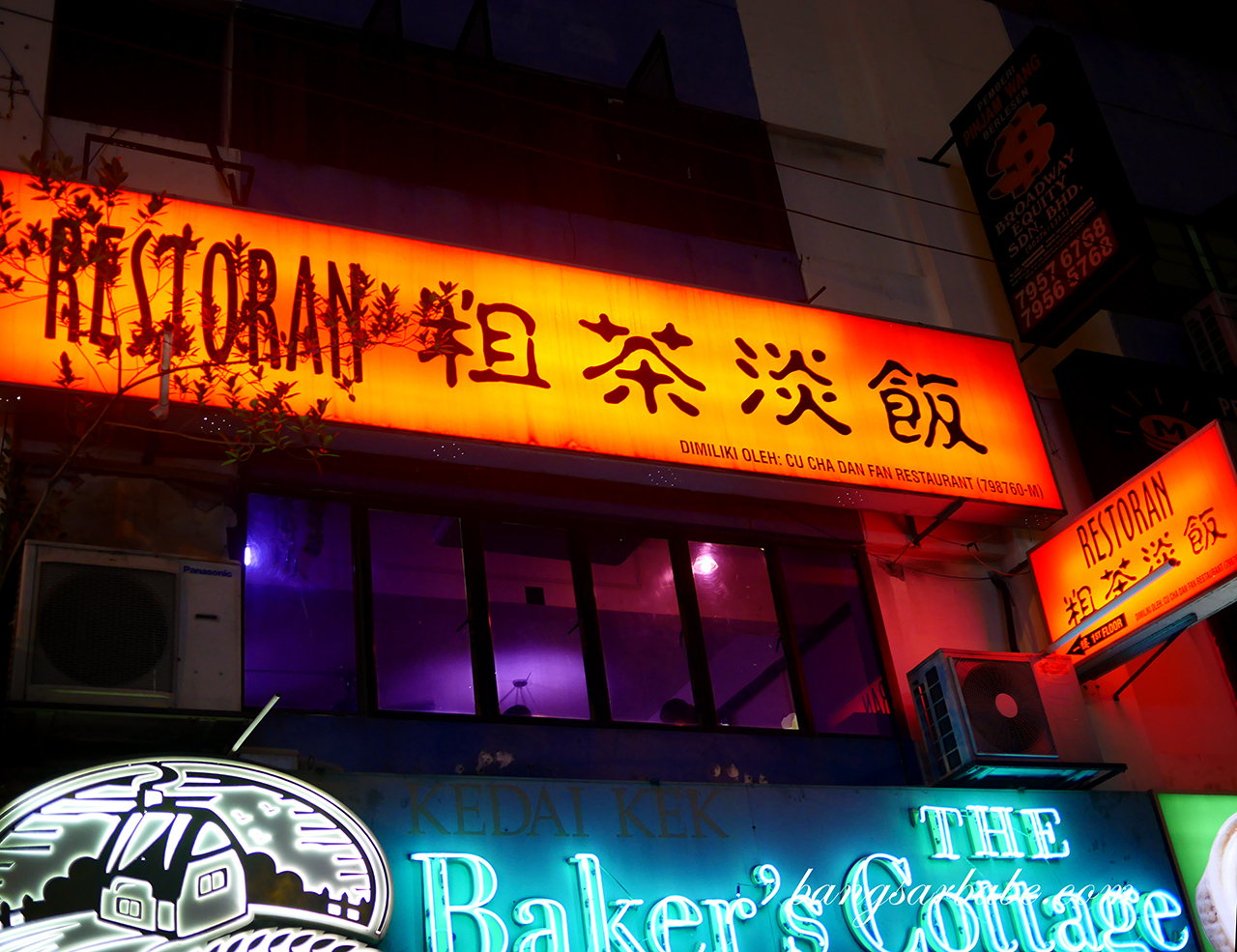