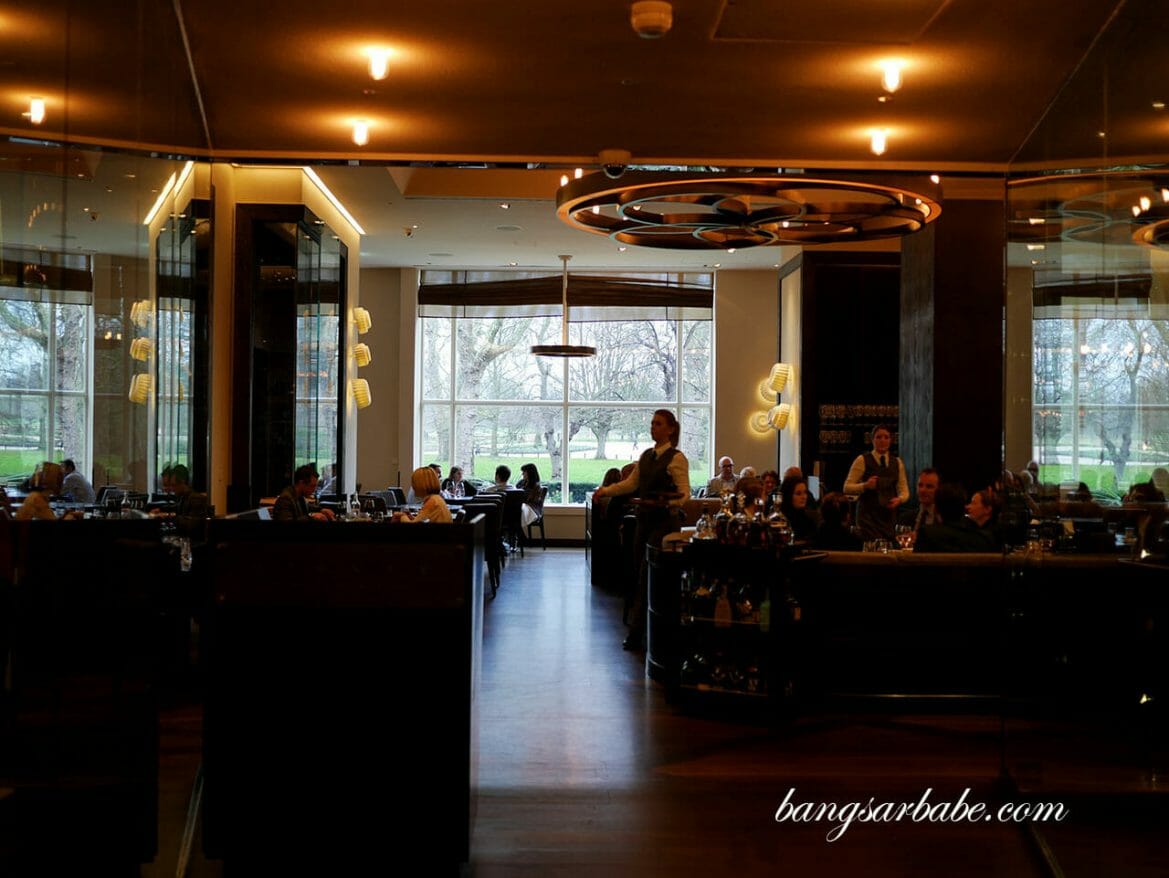 It wasn’t easy getting a table at the esteemed Dinner by Heston Blumenthal in Mandarin Oriental Hyde Park London, one of the world’s most celebrated restaurants. The menu is modern, inspired by the history of The Royal Courts of Britain dated back to the 13th century, and the essence captured in an elegant a la carte menu. All of which promises nothing but a unique and memorable affair. 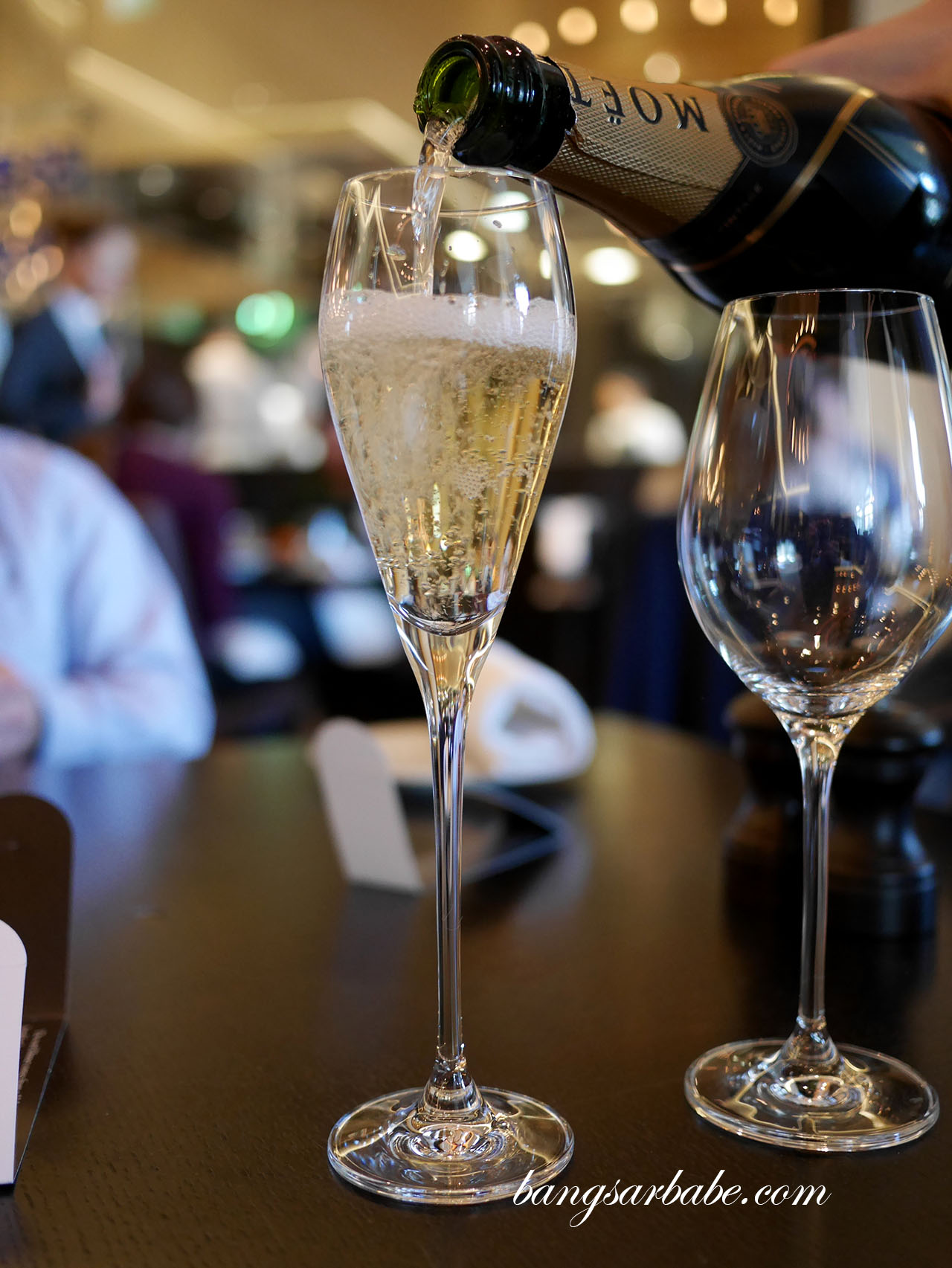 Champagne is always a good idea 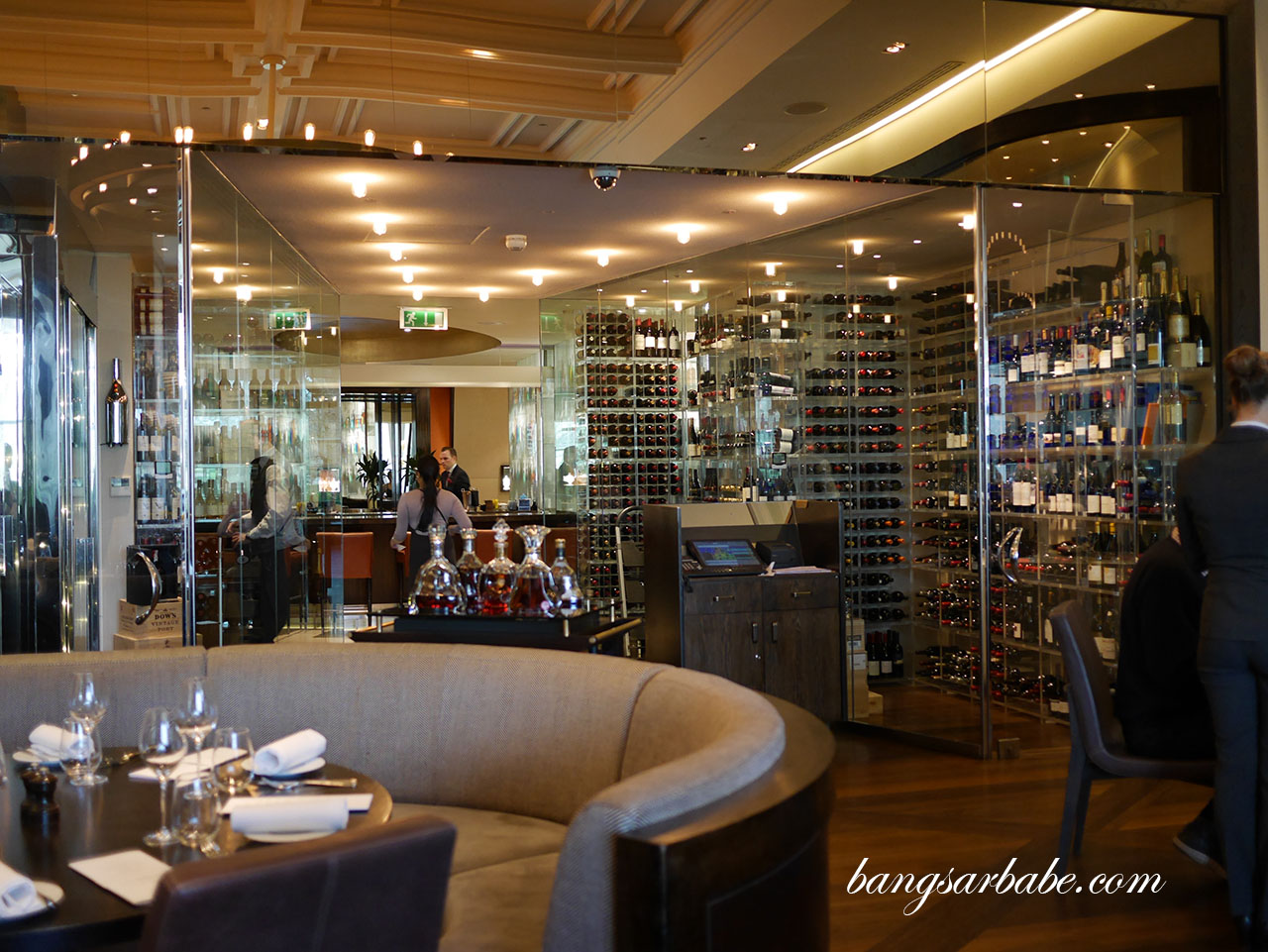 Dinner’s interior is contemporary and innovative, yet mindful of tradition where elements of the royal course were apparent in the form of ivory painted walls and porcelain wall sconces. Service was impeccable, from the moment we arrived right to the time we left, which was four hours later. 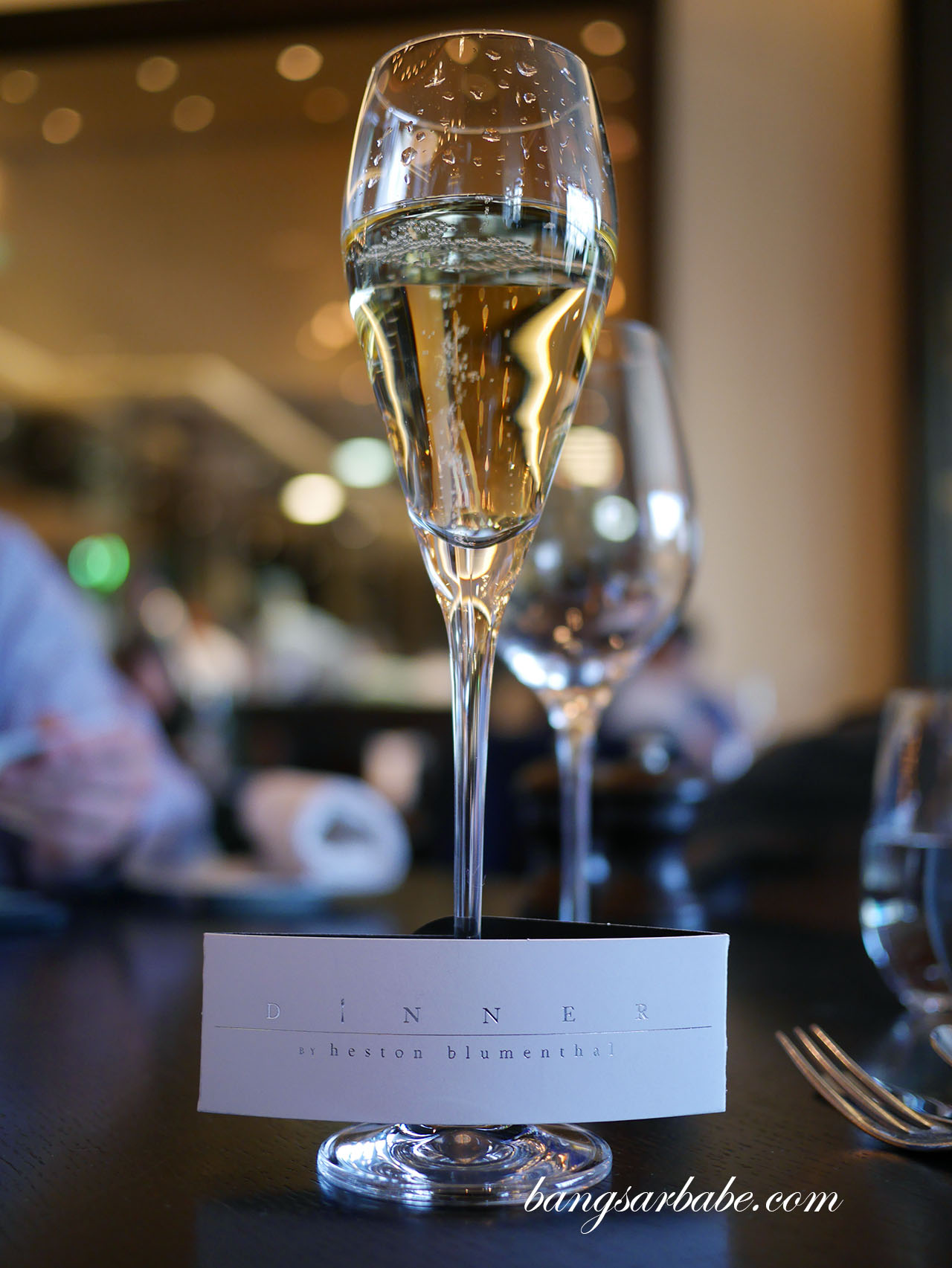 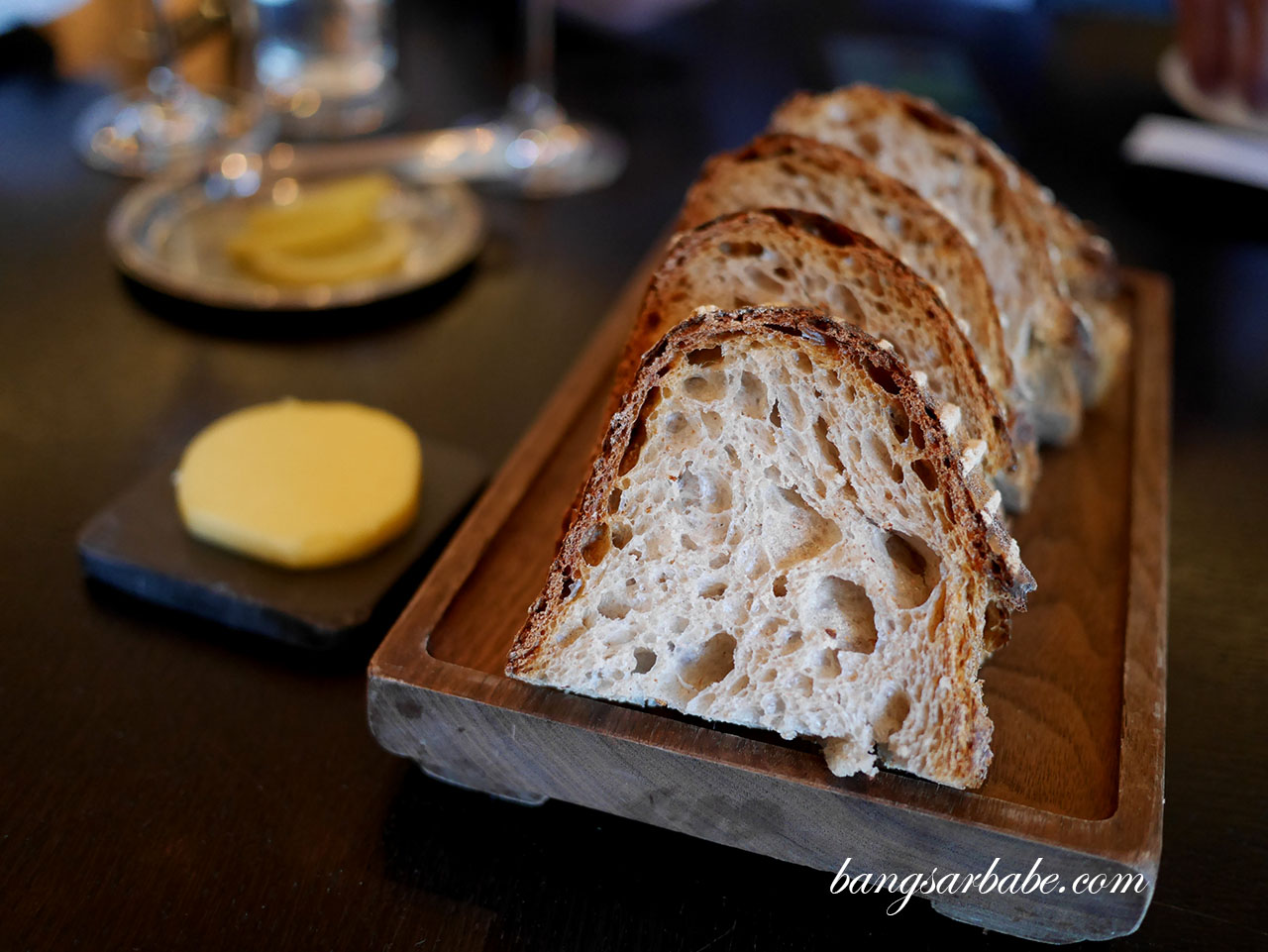 Each course is dated to the year/century it originated from so it did feel like a fun history lesson going through the menu and deciding on what to order. I had the Roast Marrowbone with snails, parsley, anchovy and mace. Unlike the many bone marrows I’ve eaten, this one was relatively light in texture and perfectly balanced in flavour. 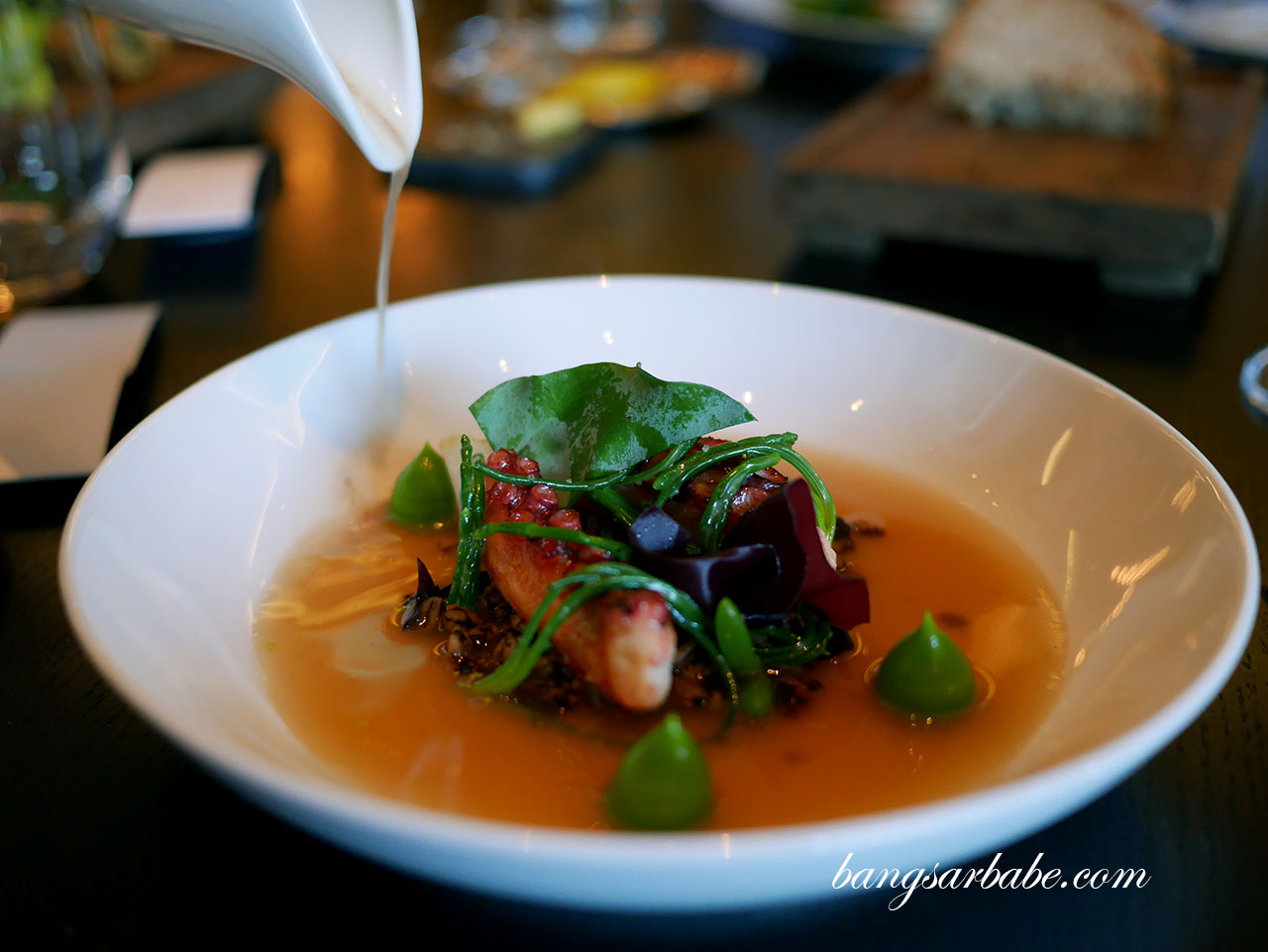 Even better was the Frumenty, a pretty plating of grilled octopus, topped with smoked sea broth. I thought the broth well accentuated the firm yet crisp nature of the octopus. Dad has the Roast Scallops which was also noteworthy – served on a bed of cucumber ketchup which gave it a nice, crisp finish. 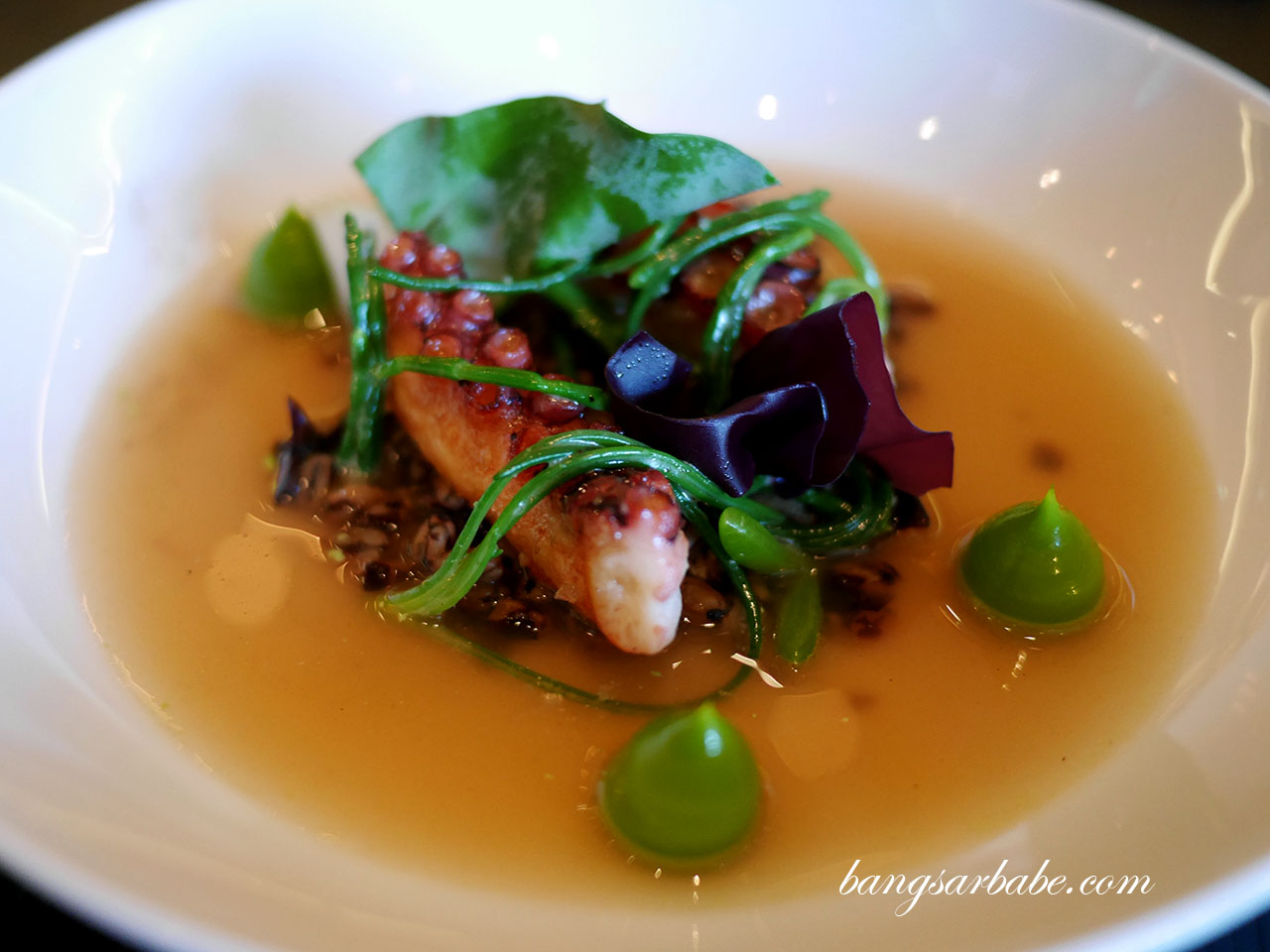 The best of the three starters we had 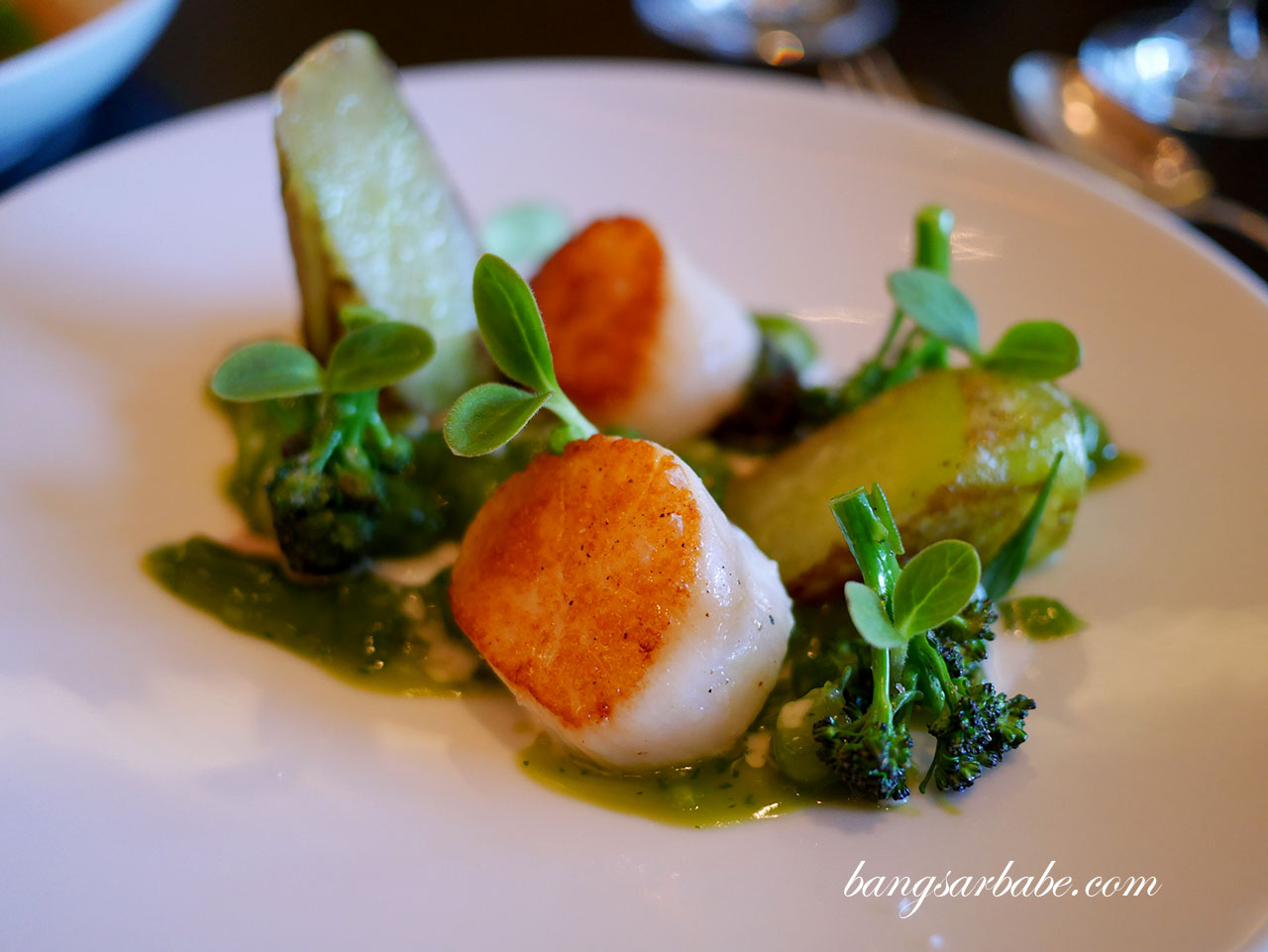 A red to go with my steak

I’ve been eyeing their delicious looking dry aged steak (Bone in Rib of Hereford Prime) cooked over wood and charcoal embers, so I ordered just that to be shared between rif and myself. It was very, very good. Beautifully tender and juicy with crusty edges and a deep flavour from the charcoal embers. Until today, the sheer thought of this makes me salivate in desire – a must-order if you love a good steak. 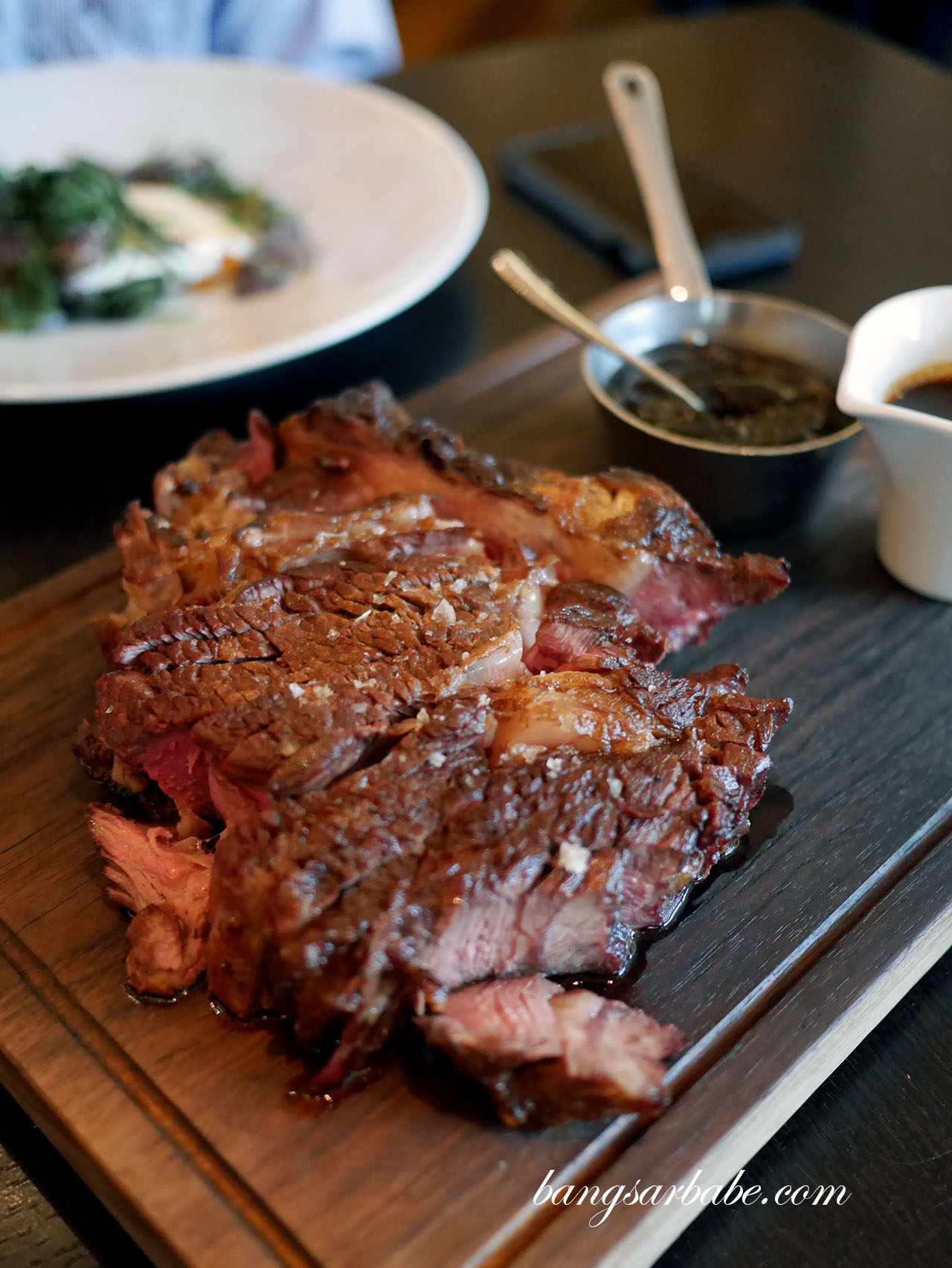 Bone in Rib of Hereford Prime 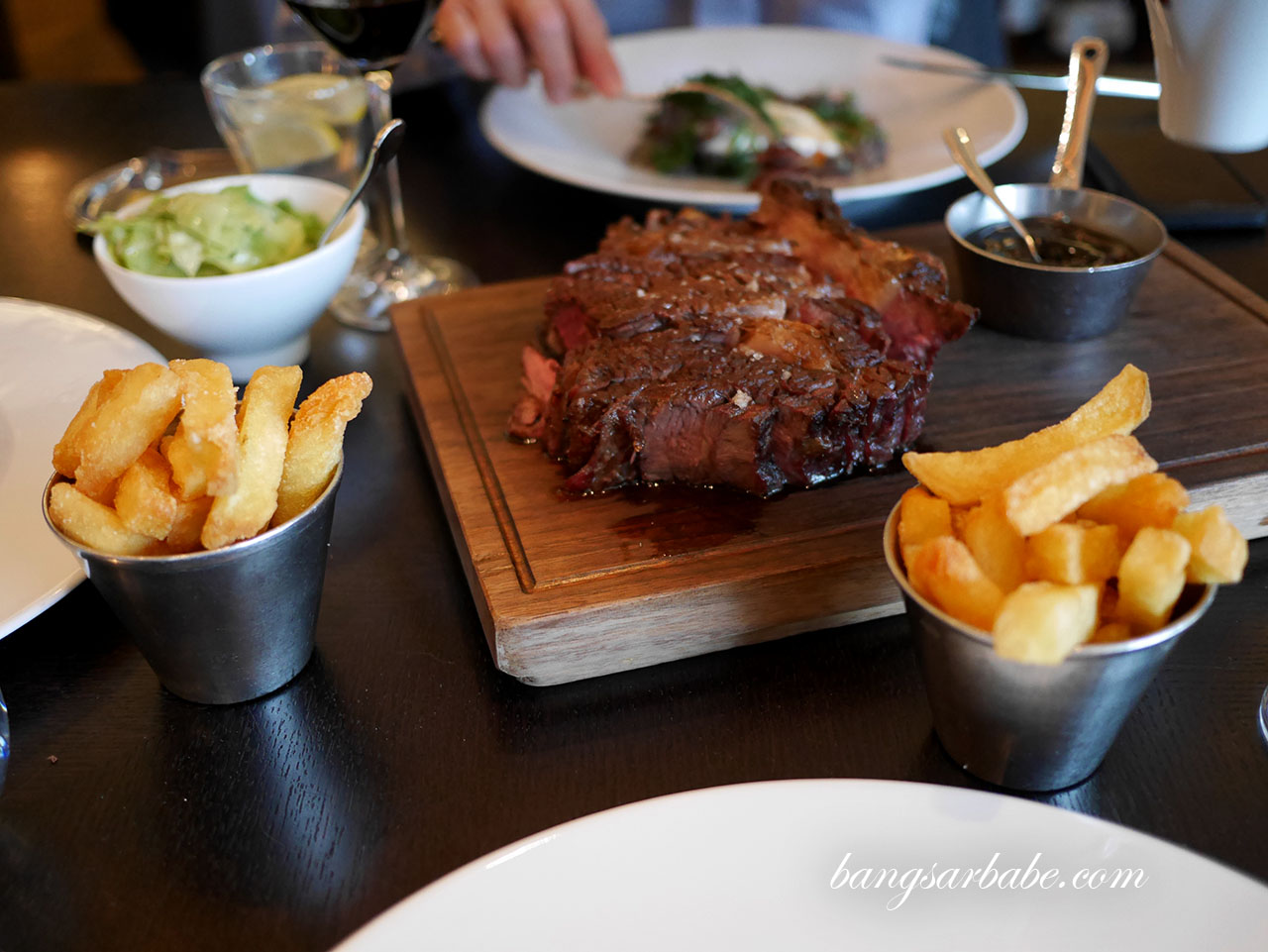 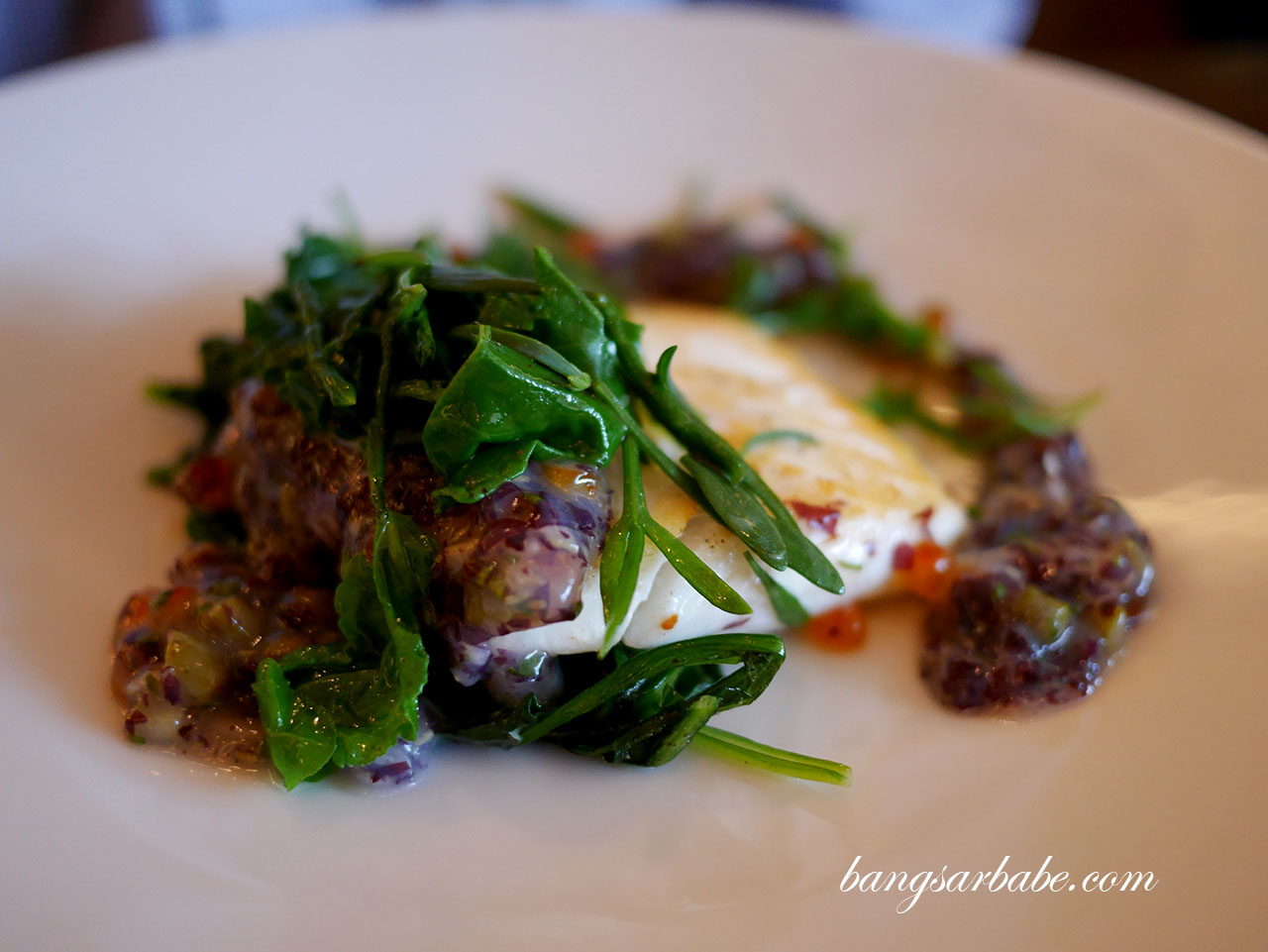 Dad had the Roast Halibut, which was quite good but even he couldn’t stop picking at my steak. For someone who doesn’t eat any steak unless it’s well done, that’s something! The fish was sweet and firm, accented by the salmon roe, sea rosemary and ketchup of mussel and seaweed. It seemed like too many elements in one plate but everything worked so well together that the fish still remained the main focus. 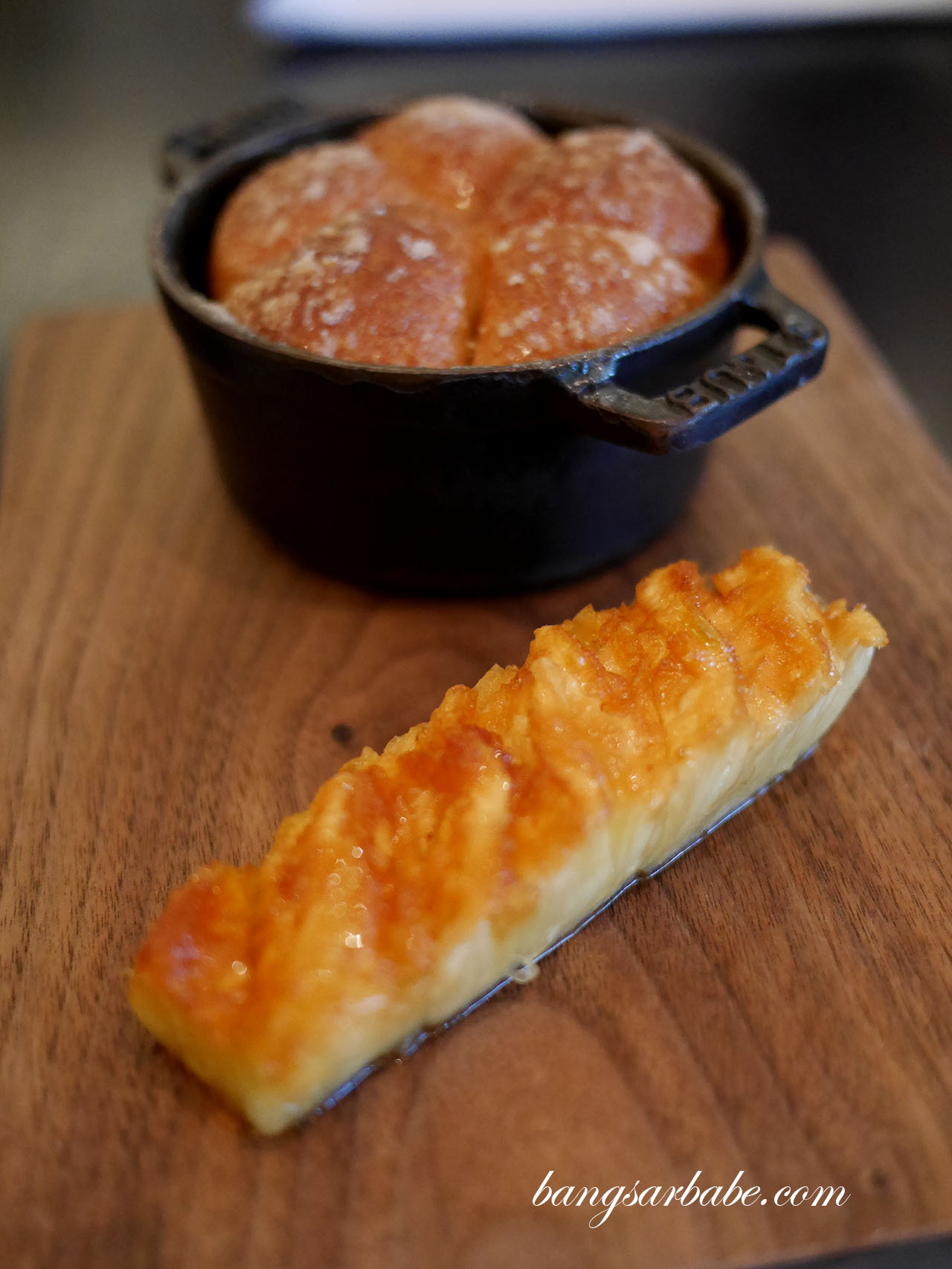 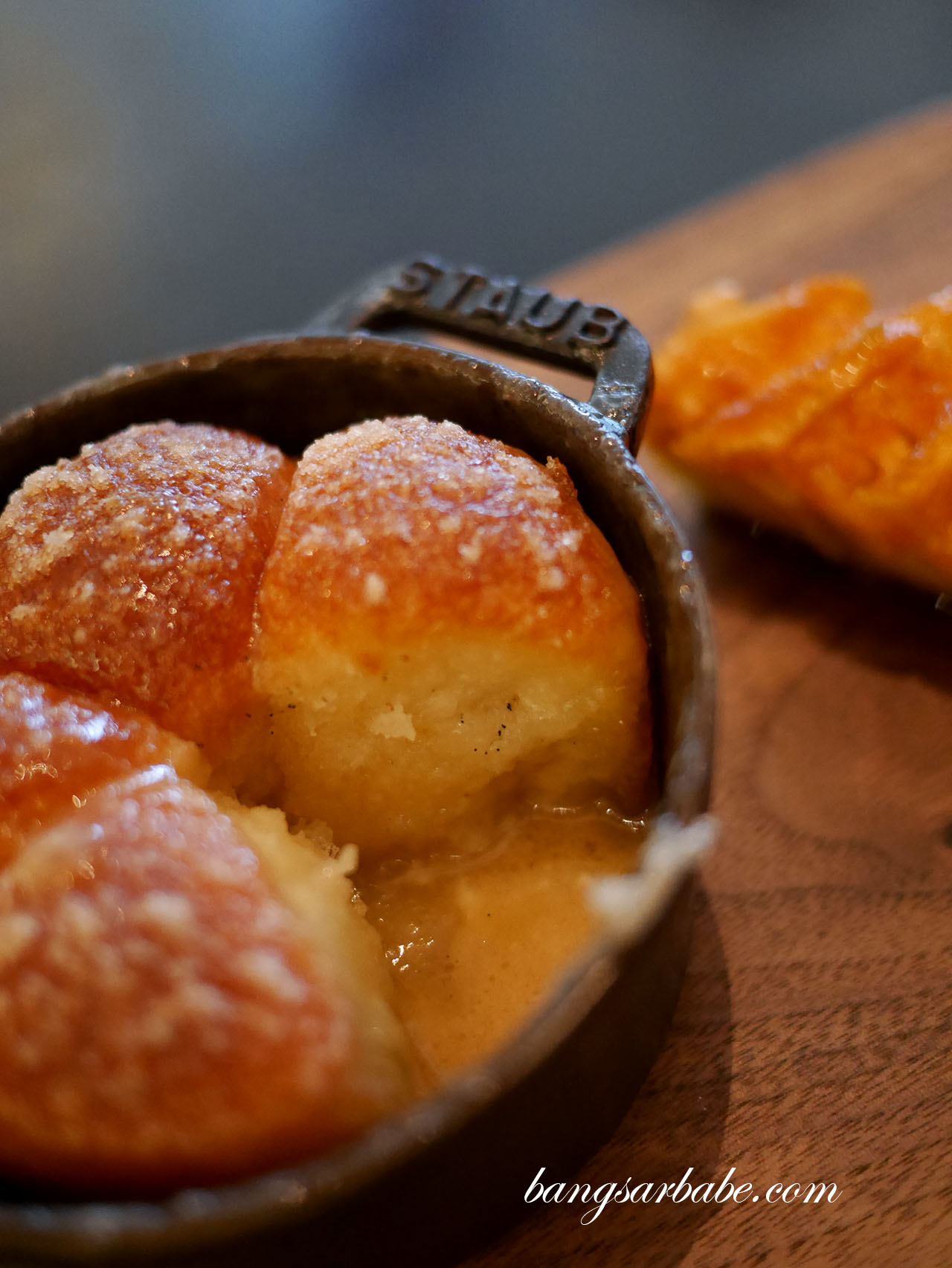 rif went straight for the Tipsy Cake, a simple yet delicious spit roast pineapple served with a buttery brioche, drenched in brandy cream sauce. Dad and I went for the liquid nitrogen ice cream where watching the process is an experience on its own. Both of us looked like excited kids waiting for the “candy lady” to present her loot. :) 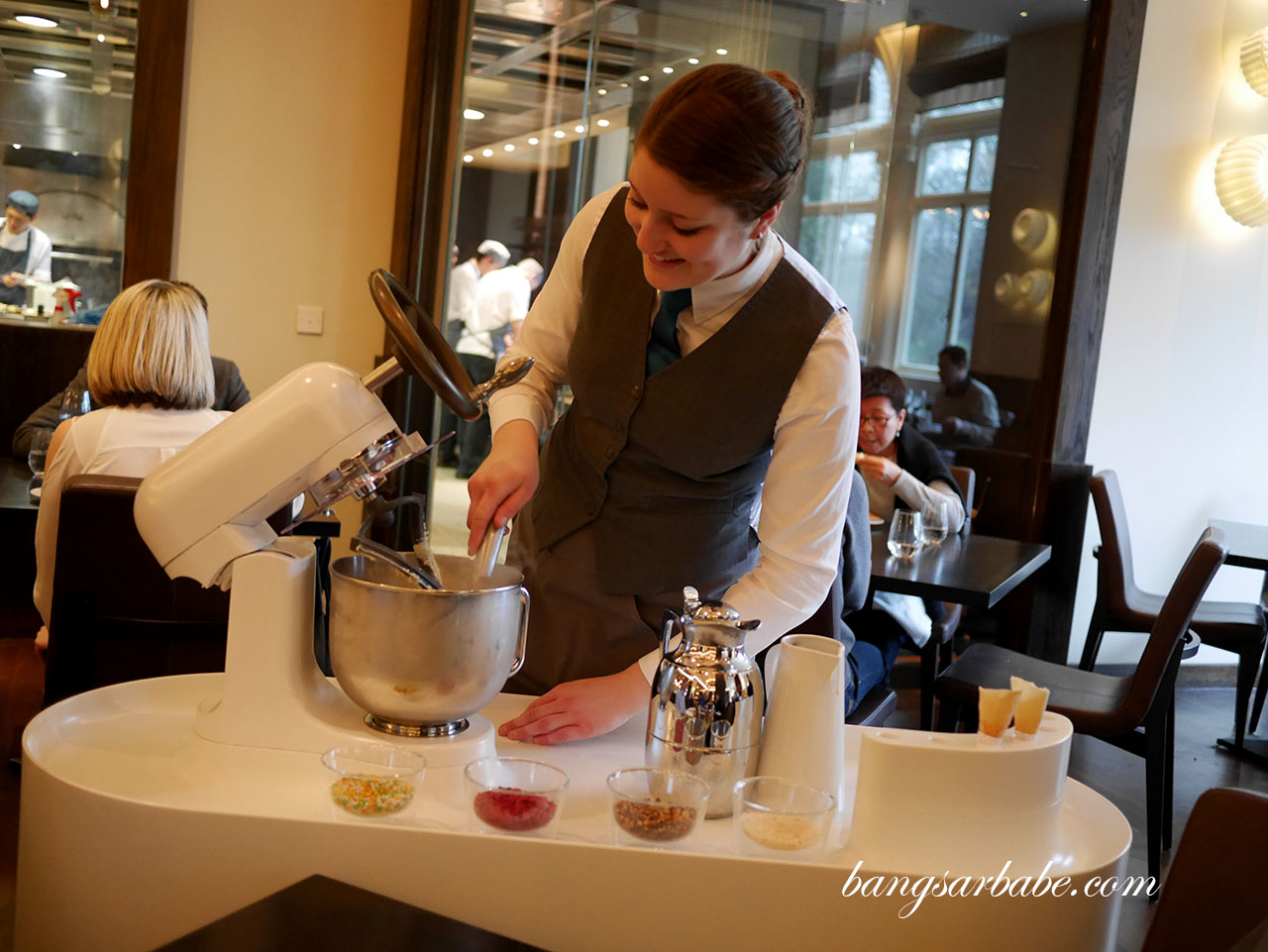 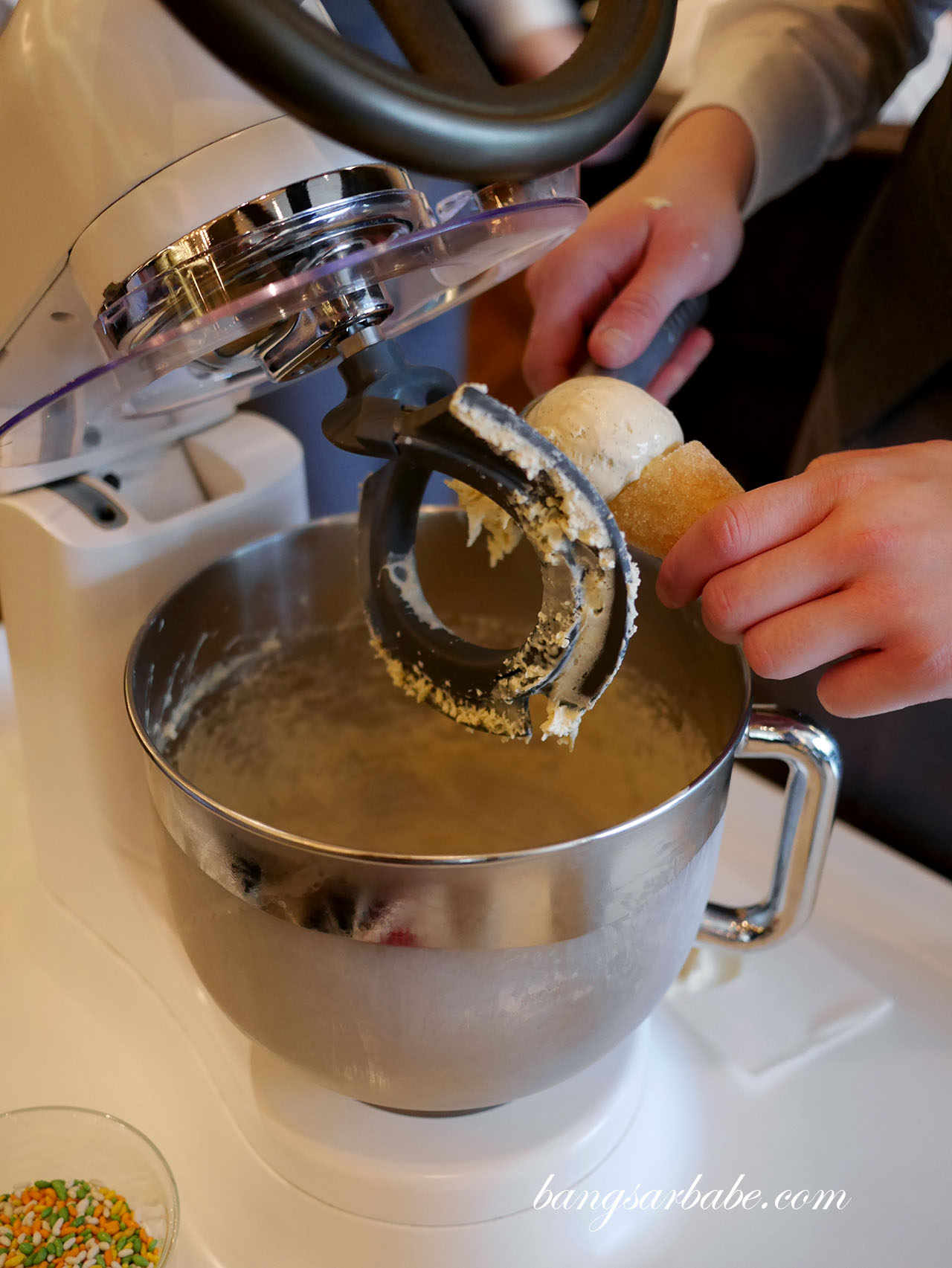 Made on the spot 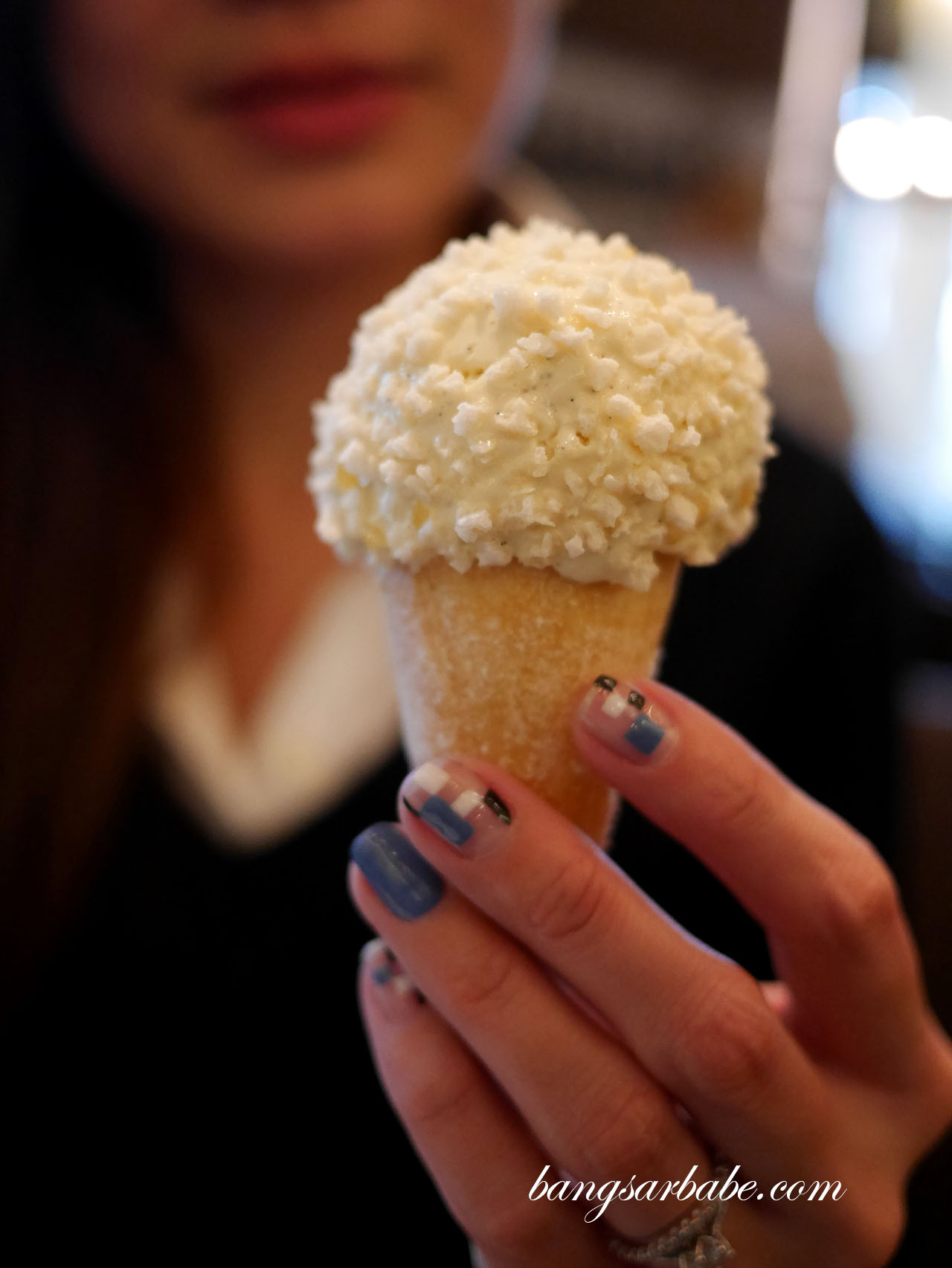 Opt for the topping of your choice 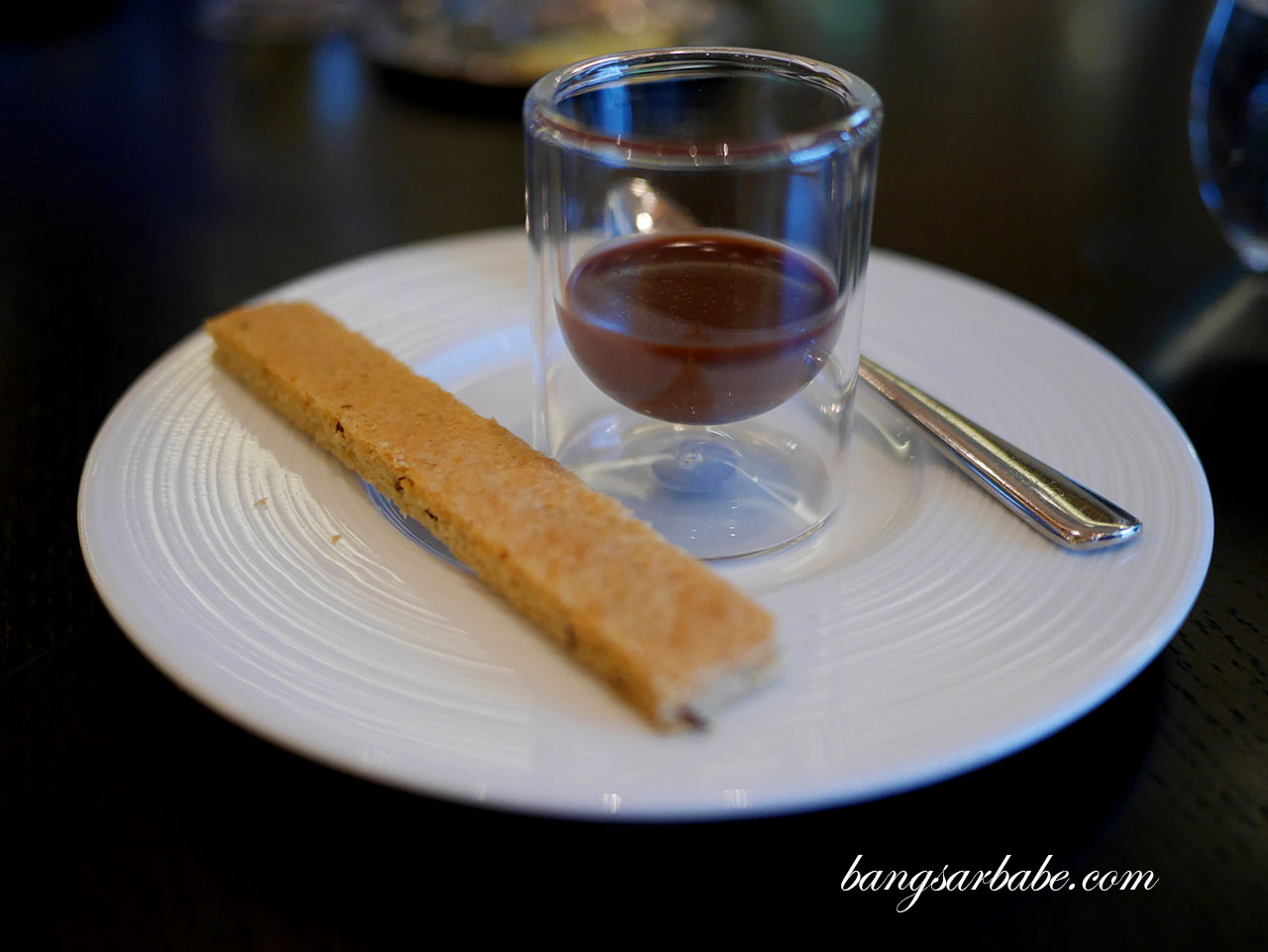 Expect your meal at Dinner by Heston Blumenthal to last more than four hours. More if you start with a pre-meal cocktail and end with another. 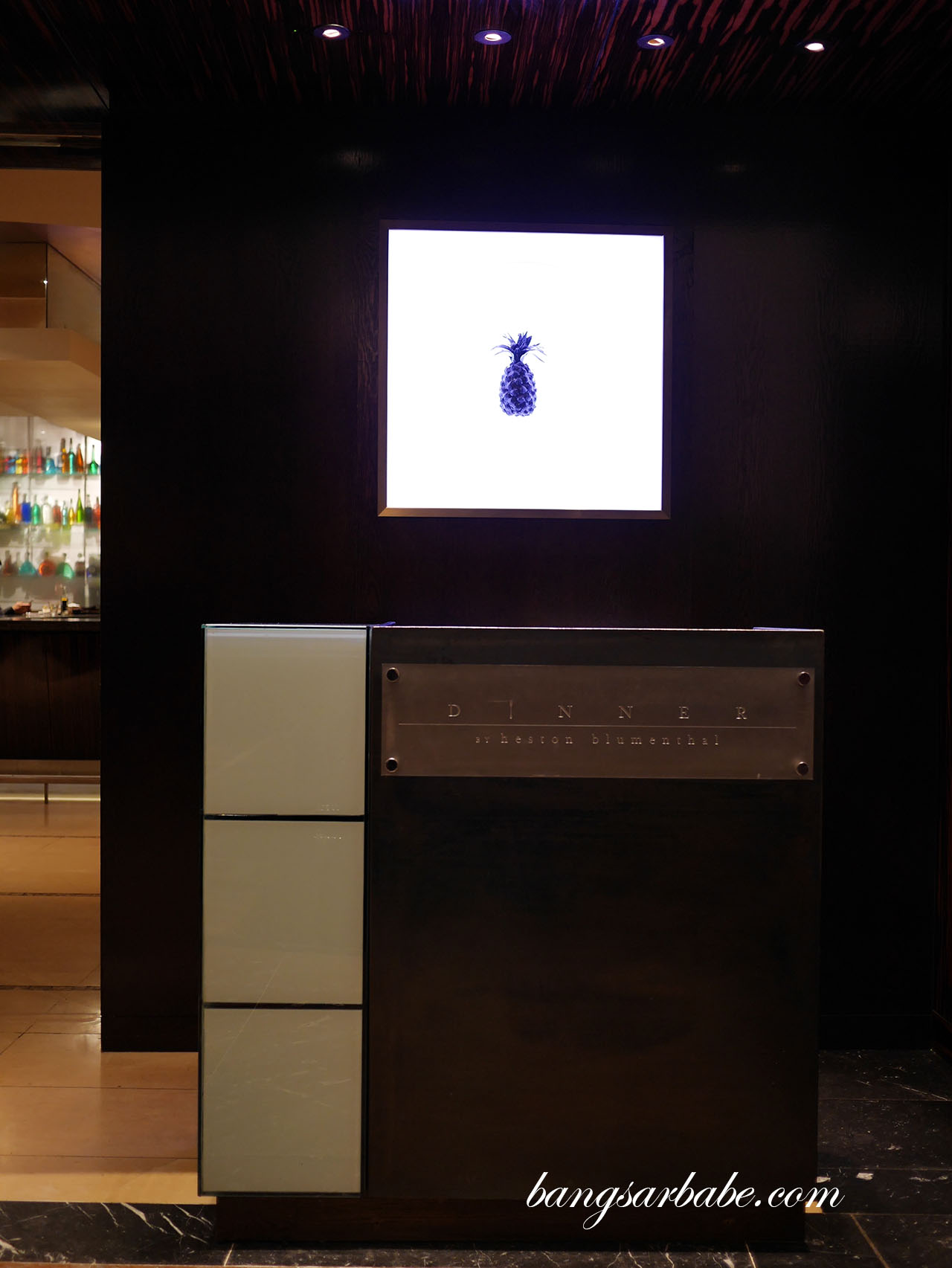