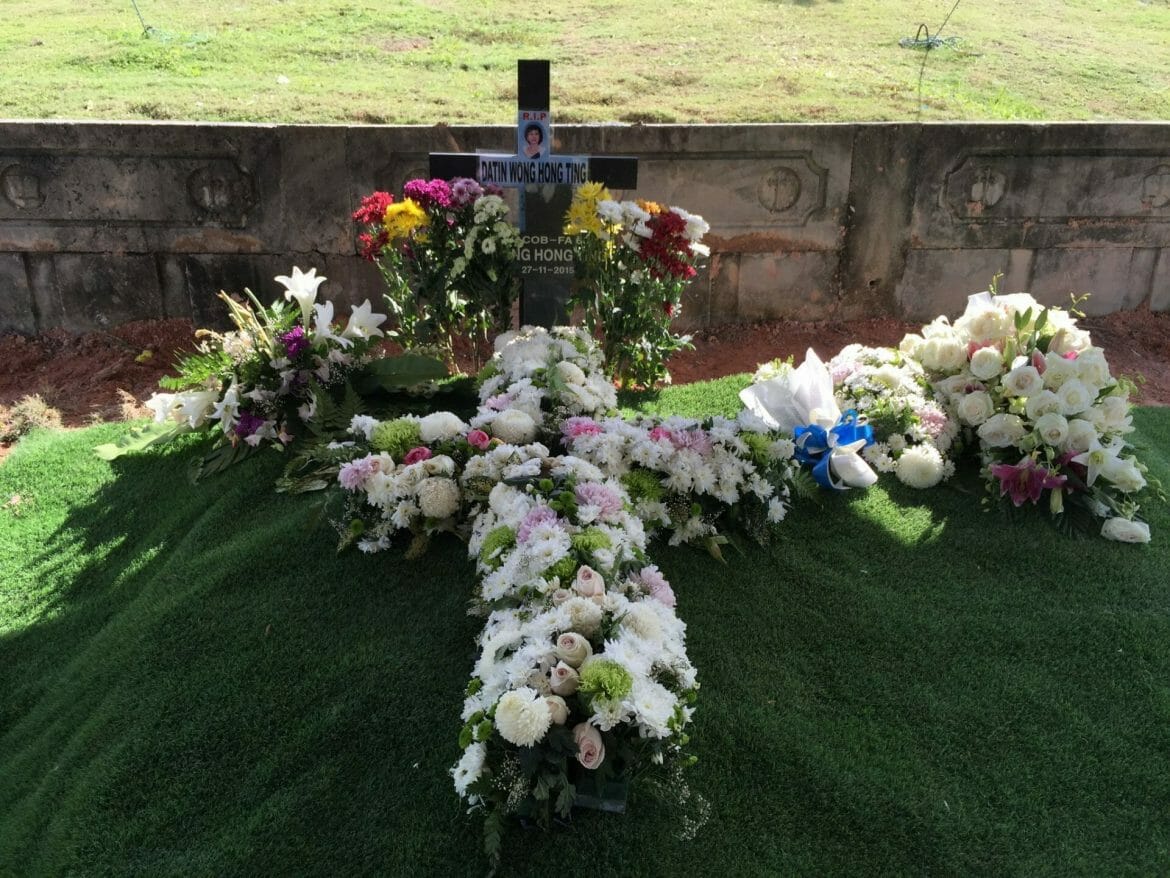 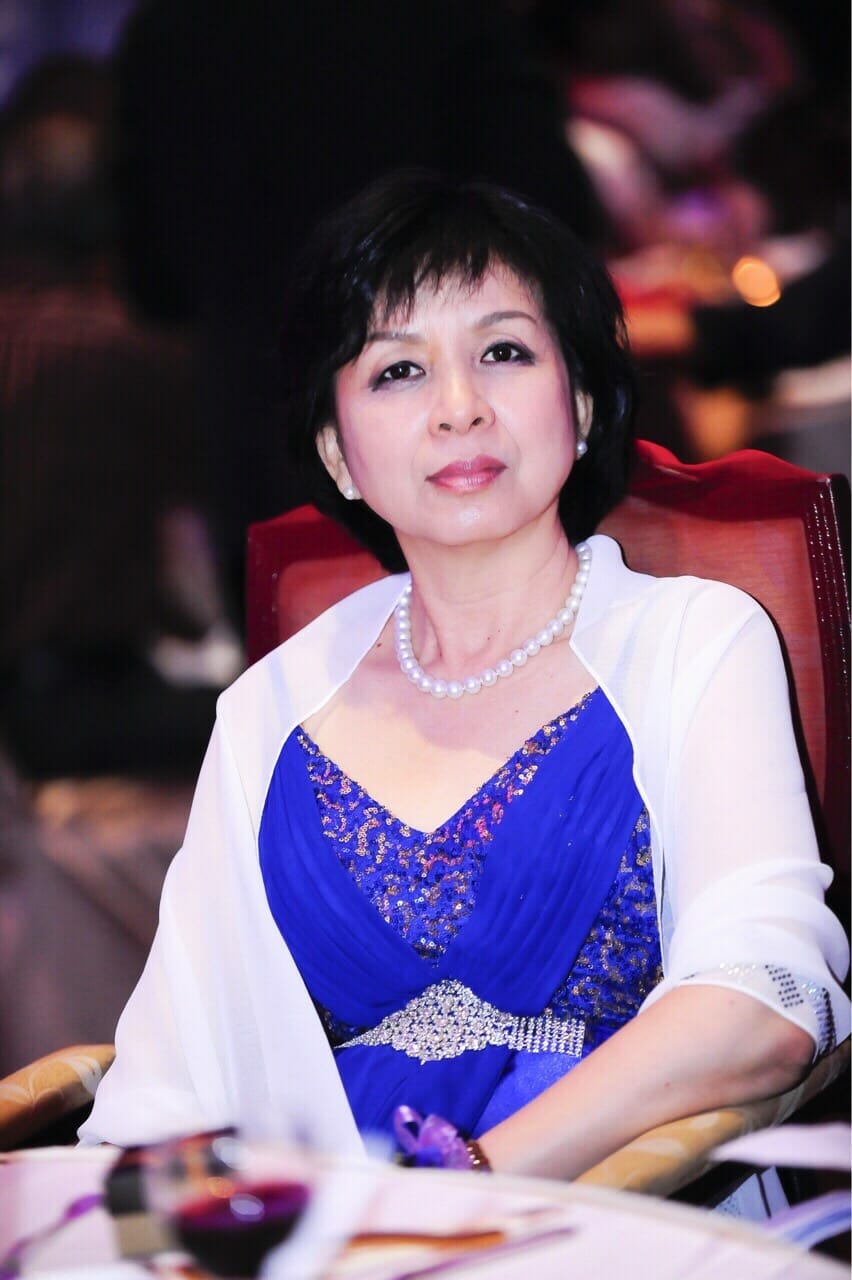 I’ve been finding it difficult to write about my late mother for no amount of words can ever sum up how amazing a person she was. She passed away so quickly the family didn’t have enough time to say to her what we wanted to say and embrace her for a little while longer.

It is unfortunate that she battled cancer despite her healthy lifestyle. Her relapse came towards the end of 2013 and she fought the battle for two years, before succumbing to the disease on 25th November 2015. She had a septic shock after chemotherapy where her body has been completely depleted of white blood cells and her blood pressure plummeted to a level that was beyond critical.

In the months leading up to her demise, I spent as much time as I could with her at home and at the hospital when she went for her treatments. I was scared; fearful of what was to happen each time she was admitted into the hospital. Especially when she was in ICU more than a month ago because she had pneumonia.

She always told me I had to be strong when her time comes, to handle all that needs to be done for the funeral and after. And while I was mentally prepared for this dreadful day, no amount of preparation can make me ready for the emotional devastation that the family was to face.

I believe it was my mother who gave me the strength I needed when she passed away, because for some reason, I just knew what to do and kept calm throughout the wake and funeral service. When there was crying and sobbing from family members, loved ones and friends, my mother gave me the inner strength to maintain composure throughout the ordeal.

It was only when her casket was lowered to the ground that I crumbled and allowed myself to mourn her demise. To mourn the fact that I was never going to lie in bed next to her and talk about everything under the sun. That she was never going to listen to my problems and tell me what to do. That I will never hear her voice again. 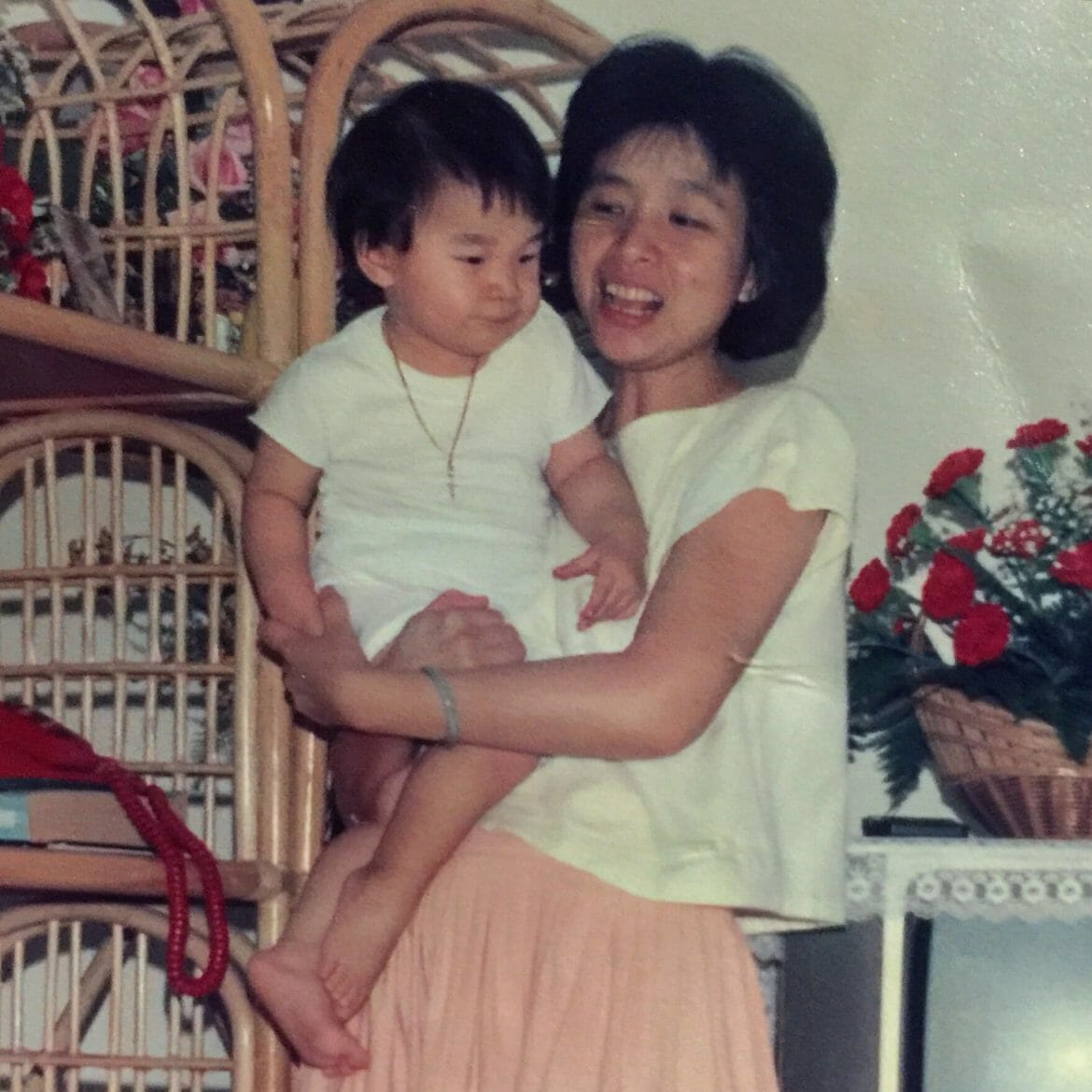 My mother was a patient and compassionate woman who always put the needs of others before hers. She was a wonderful being and ever so understanding. There was such a huge turnout during her wake service that it caused quite a jam leading into the road where we lived, which shows what an amazing person she was to everyone around her. As I delivered my eulogy, I knew instantly from the sobs in the crowd that she left a lasting impression among those who came in contact with her.

As a mother of four, she gave everything up to stay home to care for us. Raising us up the best she could and always being there for us when we were growing up. It wasn’t easy for her as we weren’t exactly the most well behaved kids, but she persevered despite the never ending frustrations we caused. I have my mother to thank, for her constant guidance and discipline made me the person I am today.

She’s the strongest woman I know, battling cancer and fighting on to live just because she loved us so much. Even till the end of her life (the night before she passed away), she was still playing mother to us — telling us what to do, complaining about the length of my hemline, asking me to eat less meat and more vegetables, and even reminding us to make sure my father takes his medication when she’s no longer around. 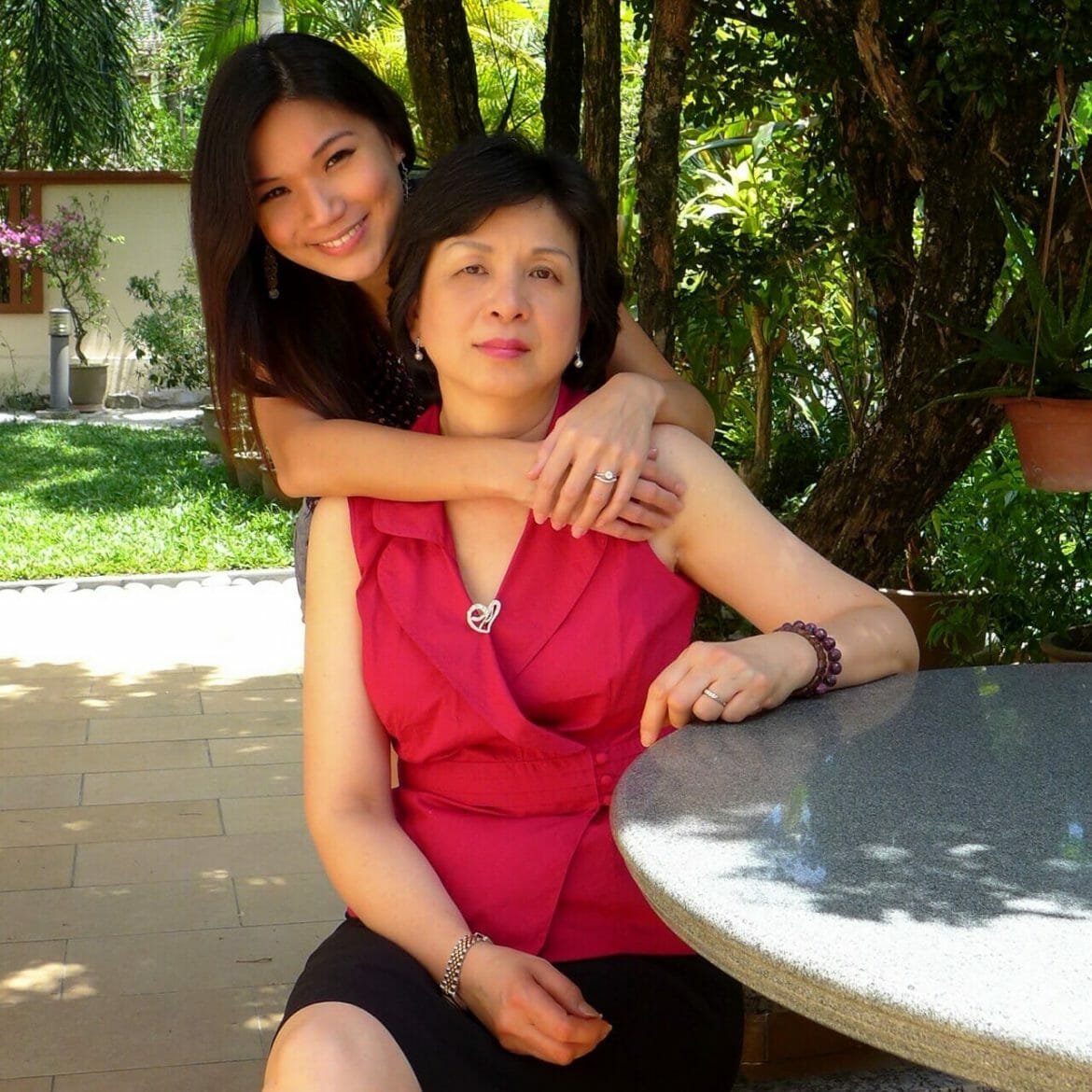 I remember asking her why. Why would she want to fight so hard and endure so much pain and suffering. But she assured me that this was a test from God. That he had plans for her and this was to test her faith. She never lost hope or faith. On the day she died, I held her hands and told her everything was going to be ok. Even though I knew it wasn’t the case. I was terrified. Because I was going to lose my mother. She told me she wasn’t scared at all. That she was just feeling “very uncomfortable”.

In her words, “It was the most beautiful light source I’ve ever seen. There were so many colours and it was so bright. I have never seen something so beautiful in my life.”

It gave me good reason to believe The Lord had indeed come to see her. To take her home with him and we know she’s in a better place, watching over us and waiting for us to reunite with her in due time. And I’m truly happy for her as she is no longer suffering. 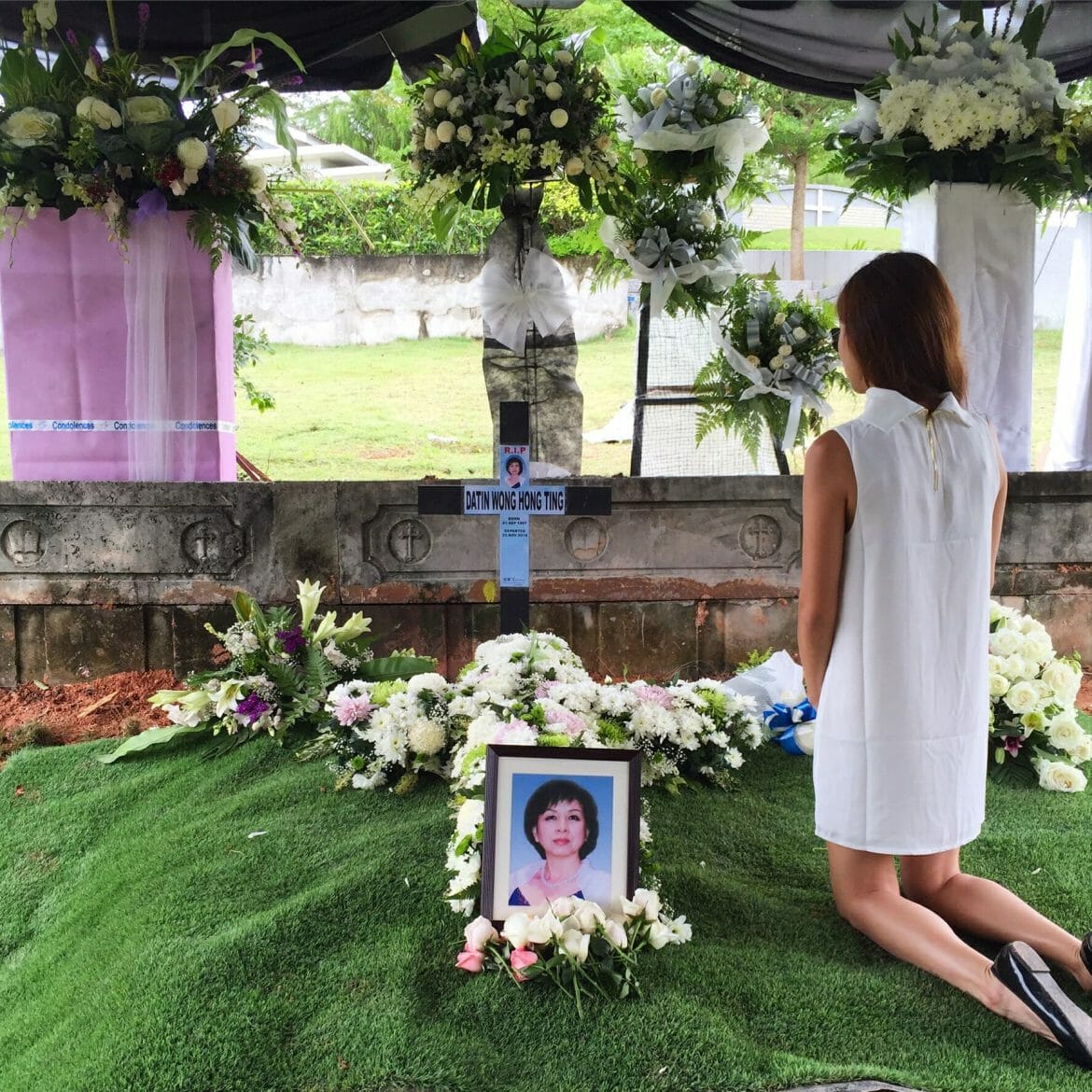 But the feeling of emptiness and despair when I look at her empty side of the bed, when I want to speed dial her for a chat, when I cling on to her favourite black cardigan that still bears her scent. It’s unfathomable. Today, I missed her so badly I went to her gravesite and laid next to her, telling her things I would usually say when she was alive. But unlike how things were before, I was greeted with only the sound of the wind.

Till we meet again, my dear Mummy. You will forever be missed and loved. 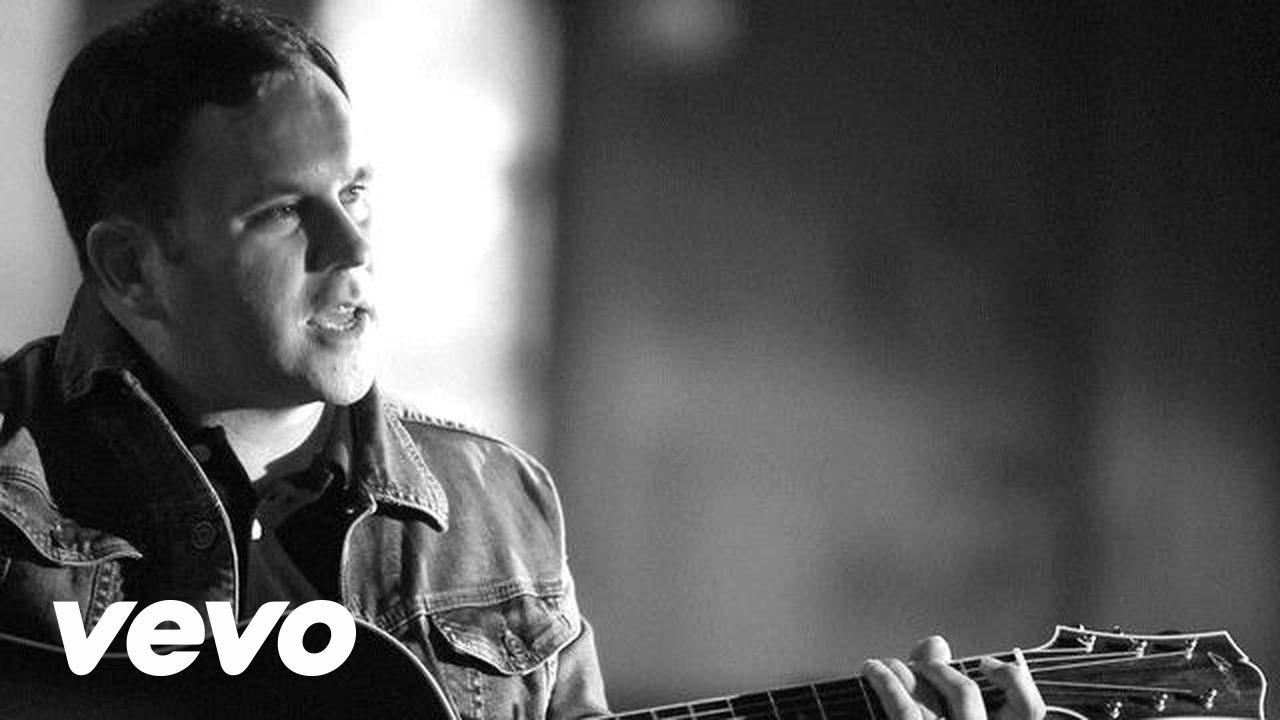