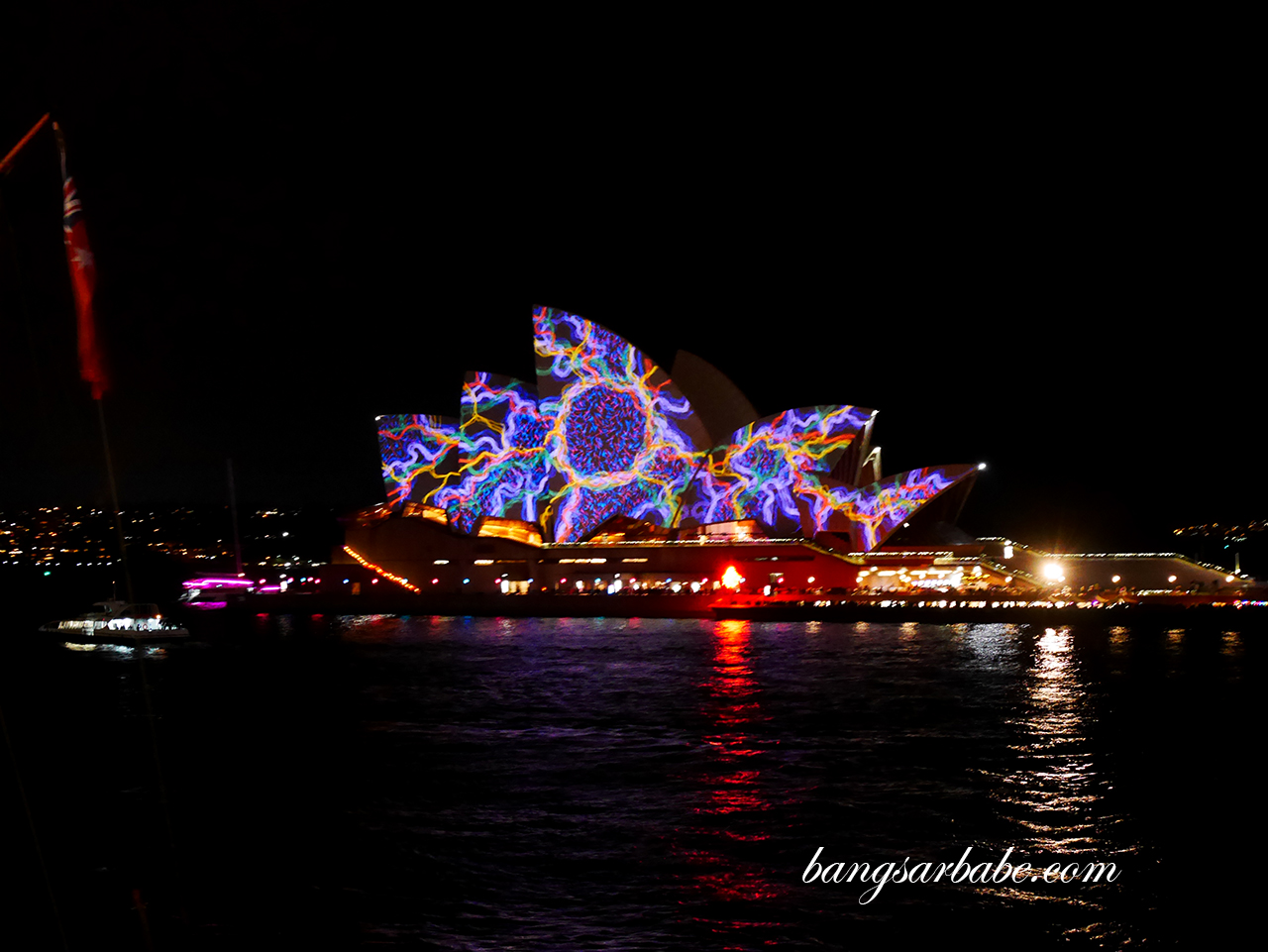 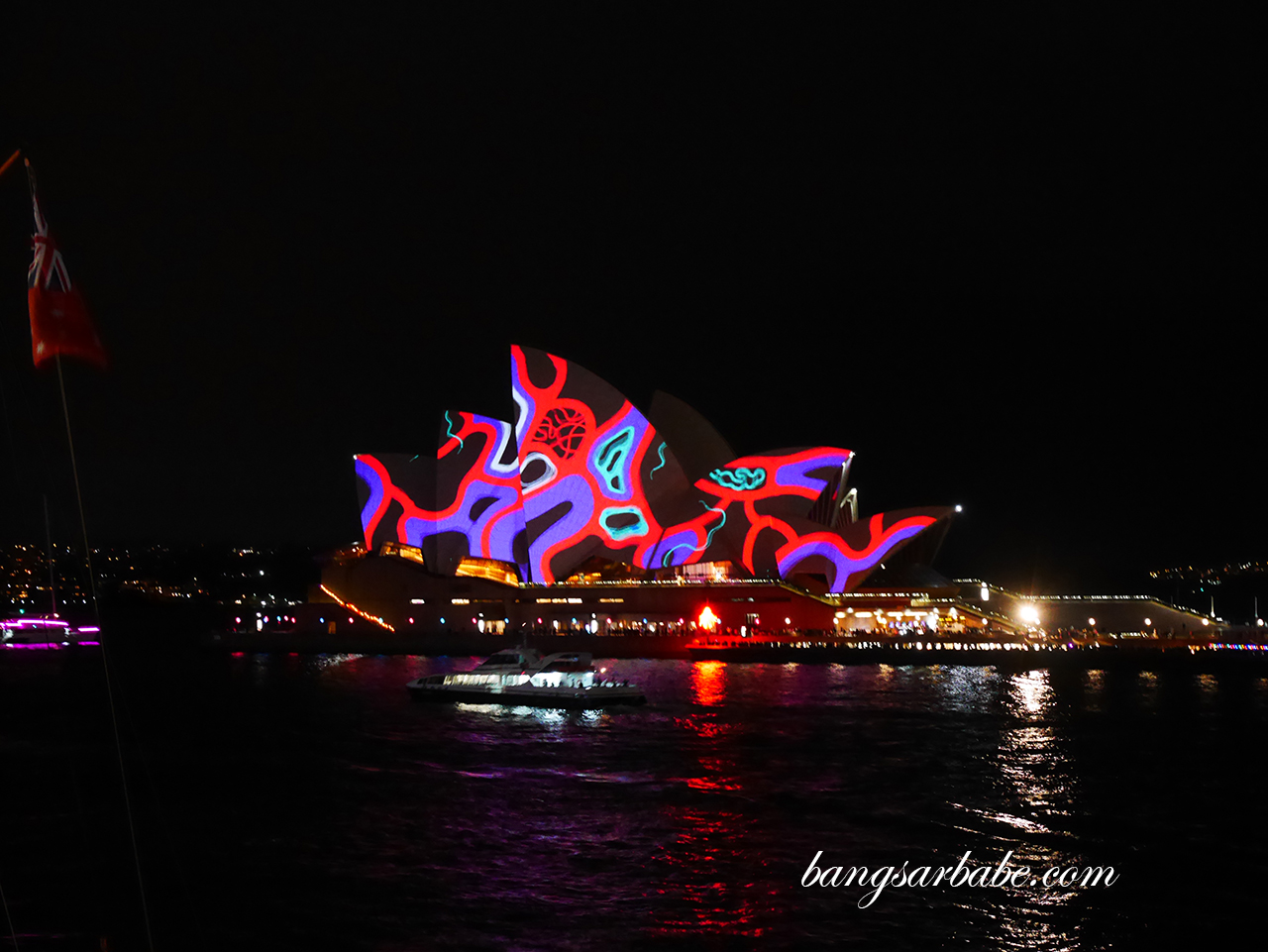 Various abstract arts are projected on the Opera House 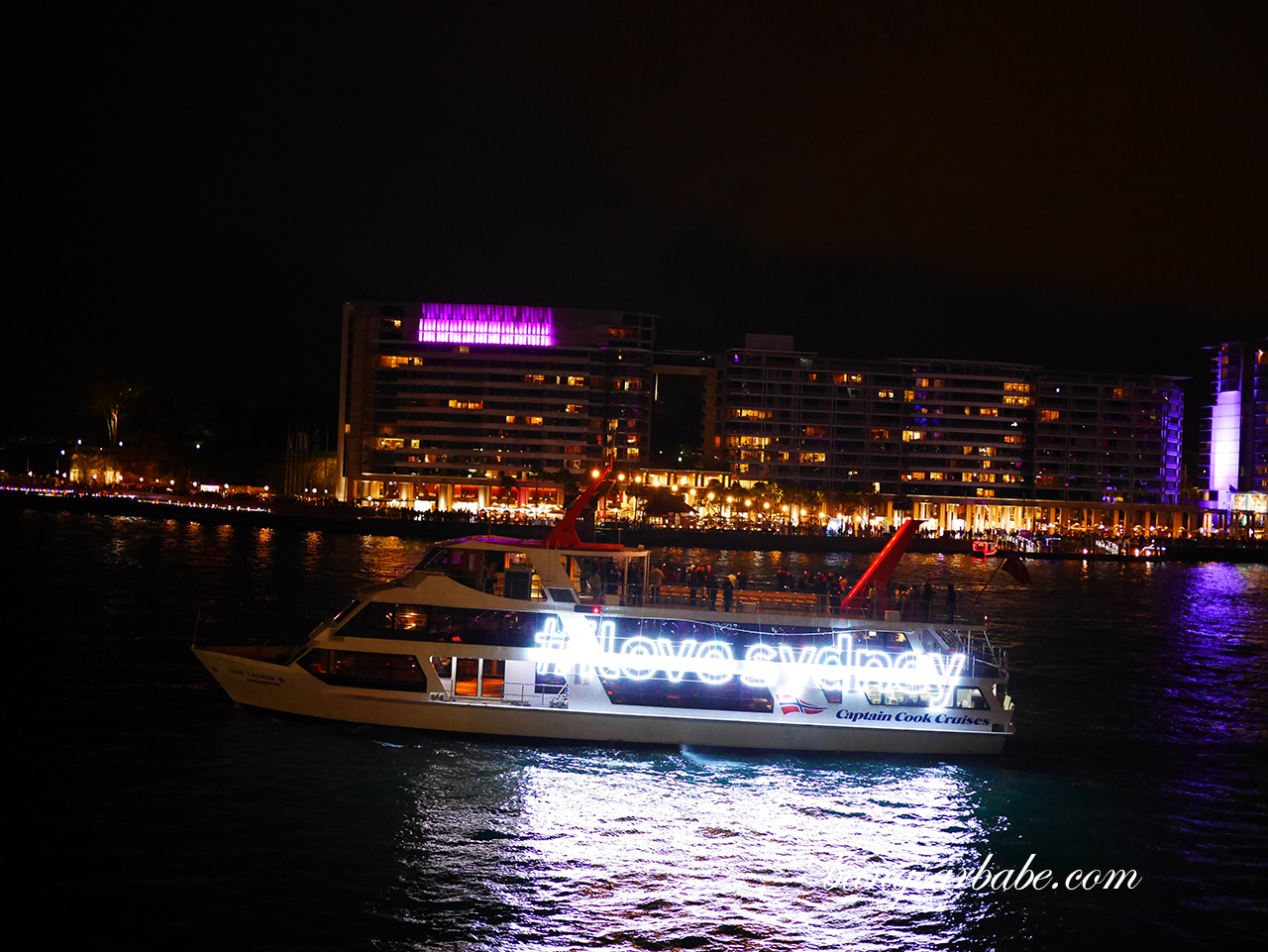 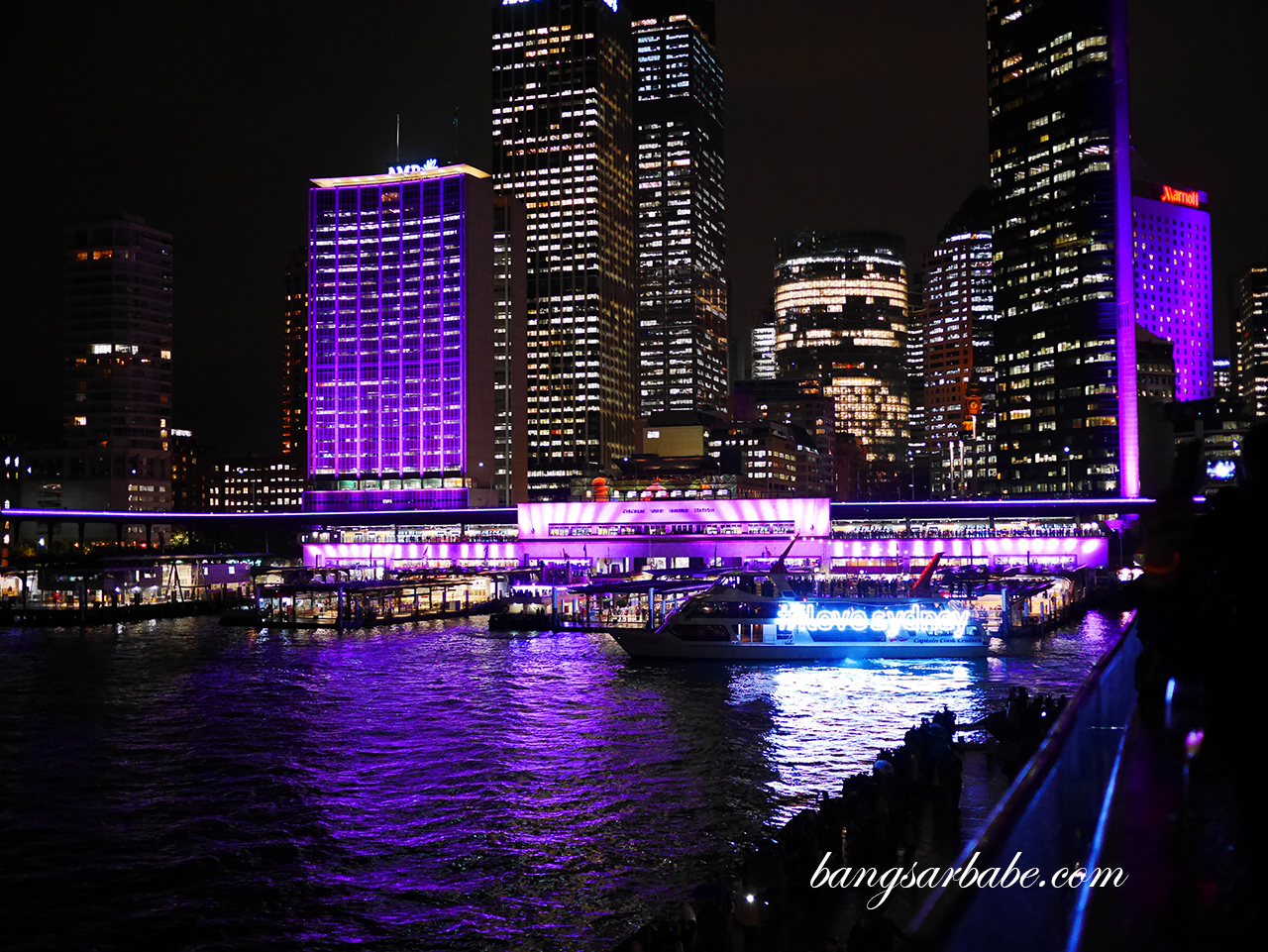 The city lit up in various colours

Owned and managed by Destination New South Wales, the festival attracts people from around the world – I was told more than 2 million visitors are expected this year and the festival was crowded and full of buzz when I visited during the first two days. We gathered at Cruise Bar at the Overseas Passenger Terminal in Circular Quay where colour animations painted the Sydney Opera House on the opening night of Vivid Sydney. 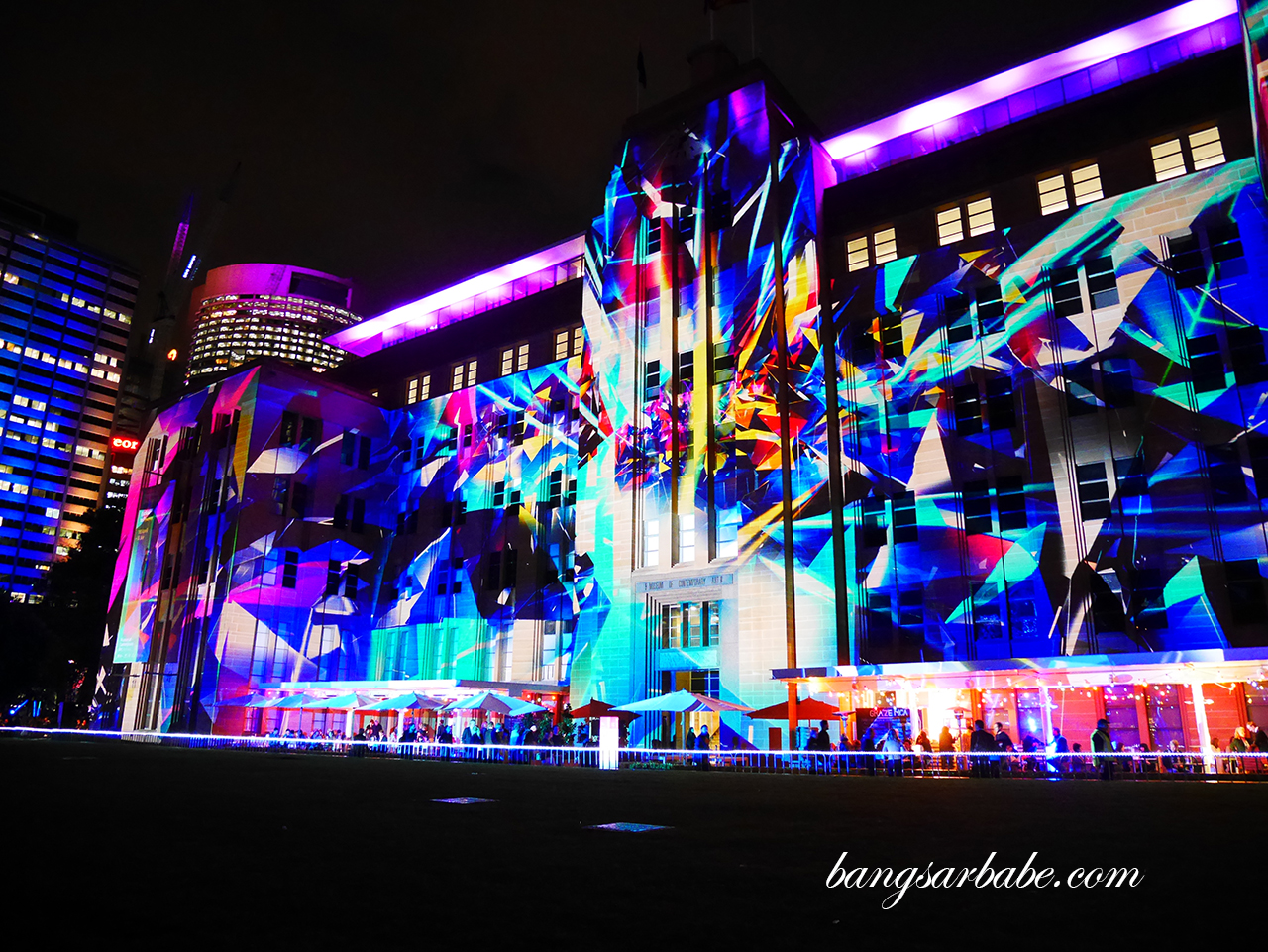 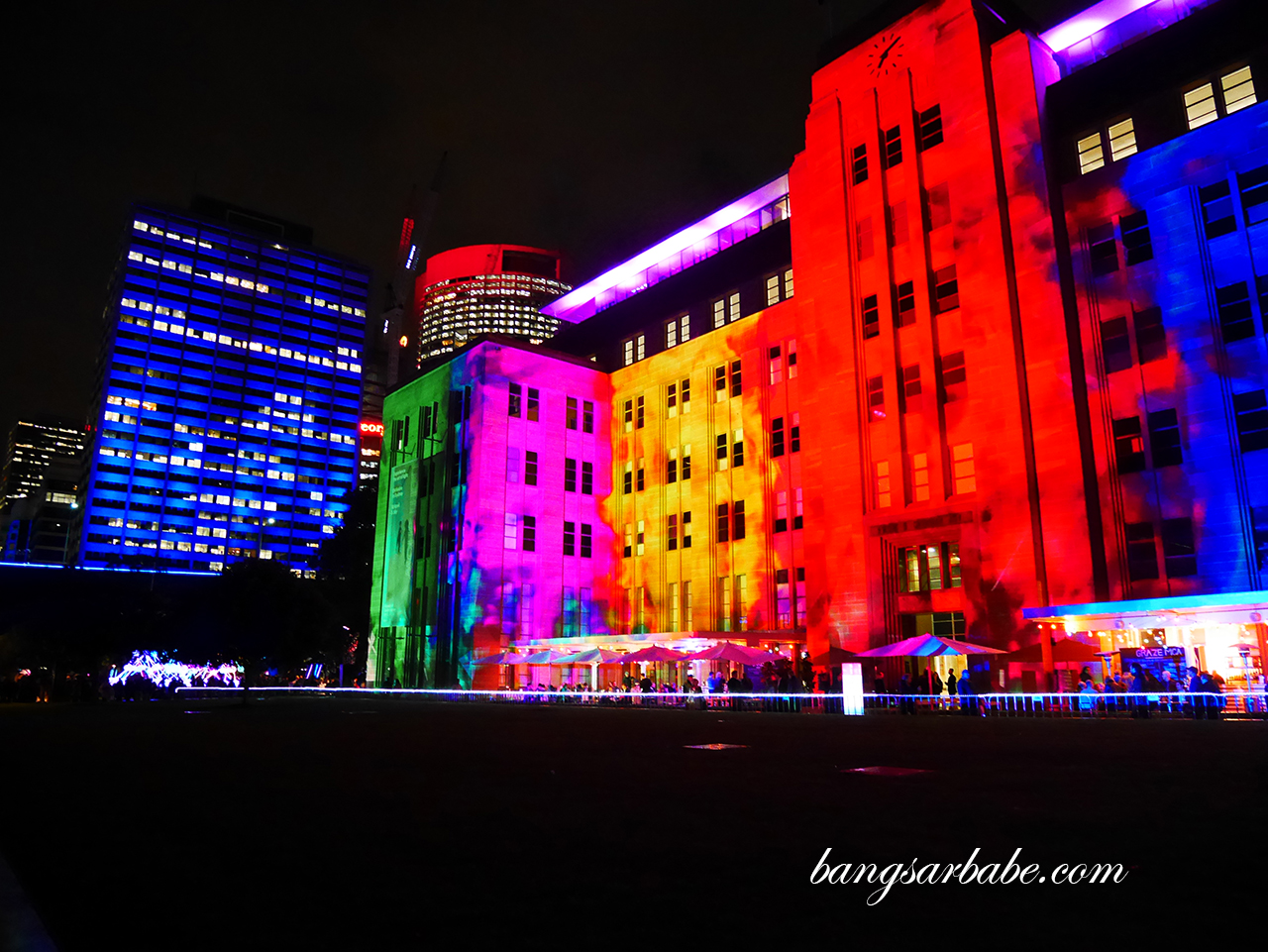 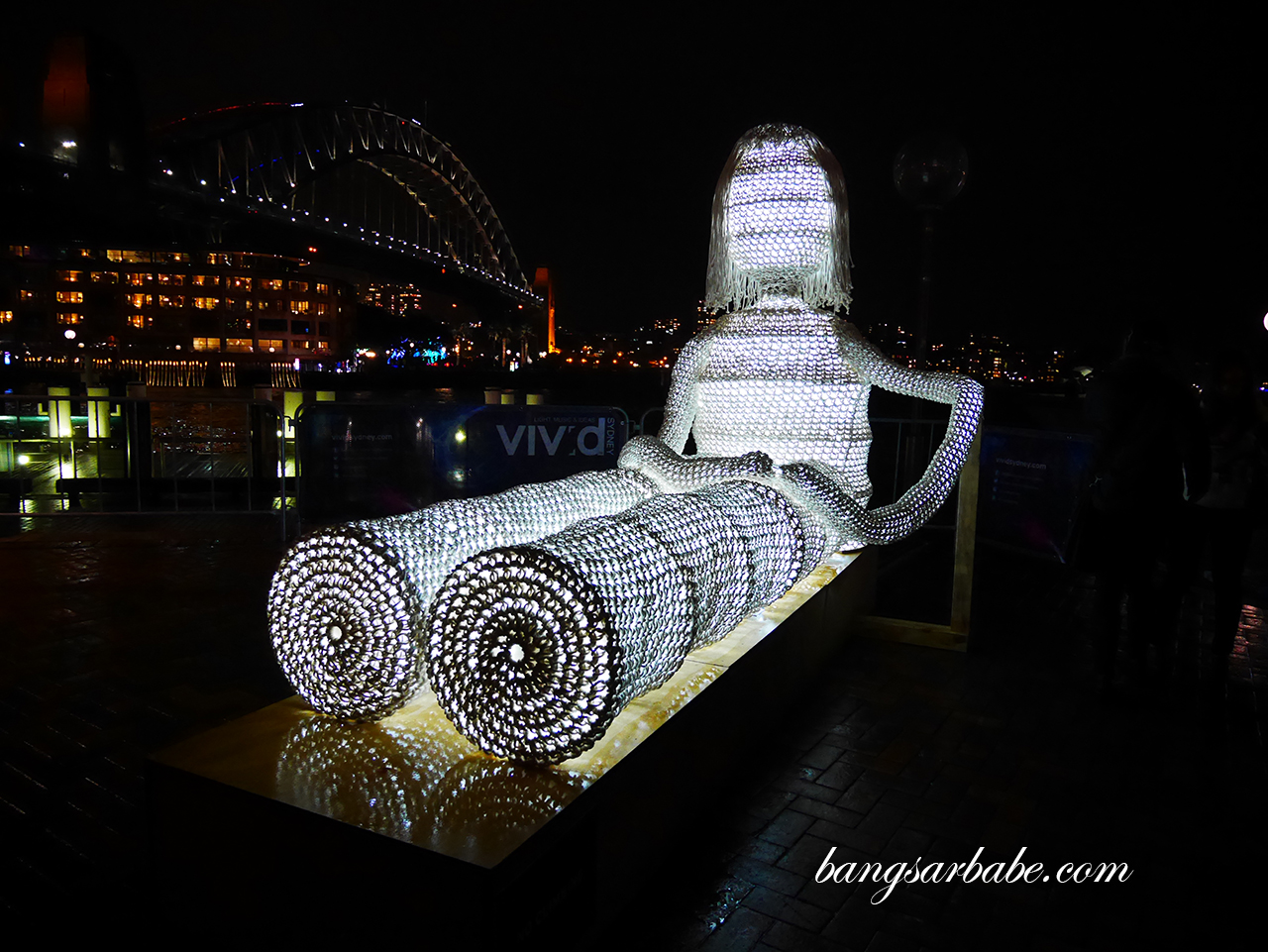 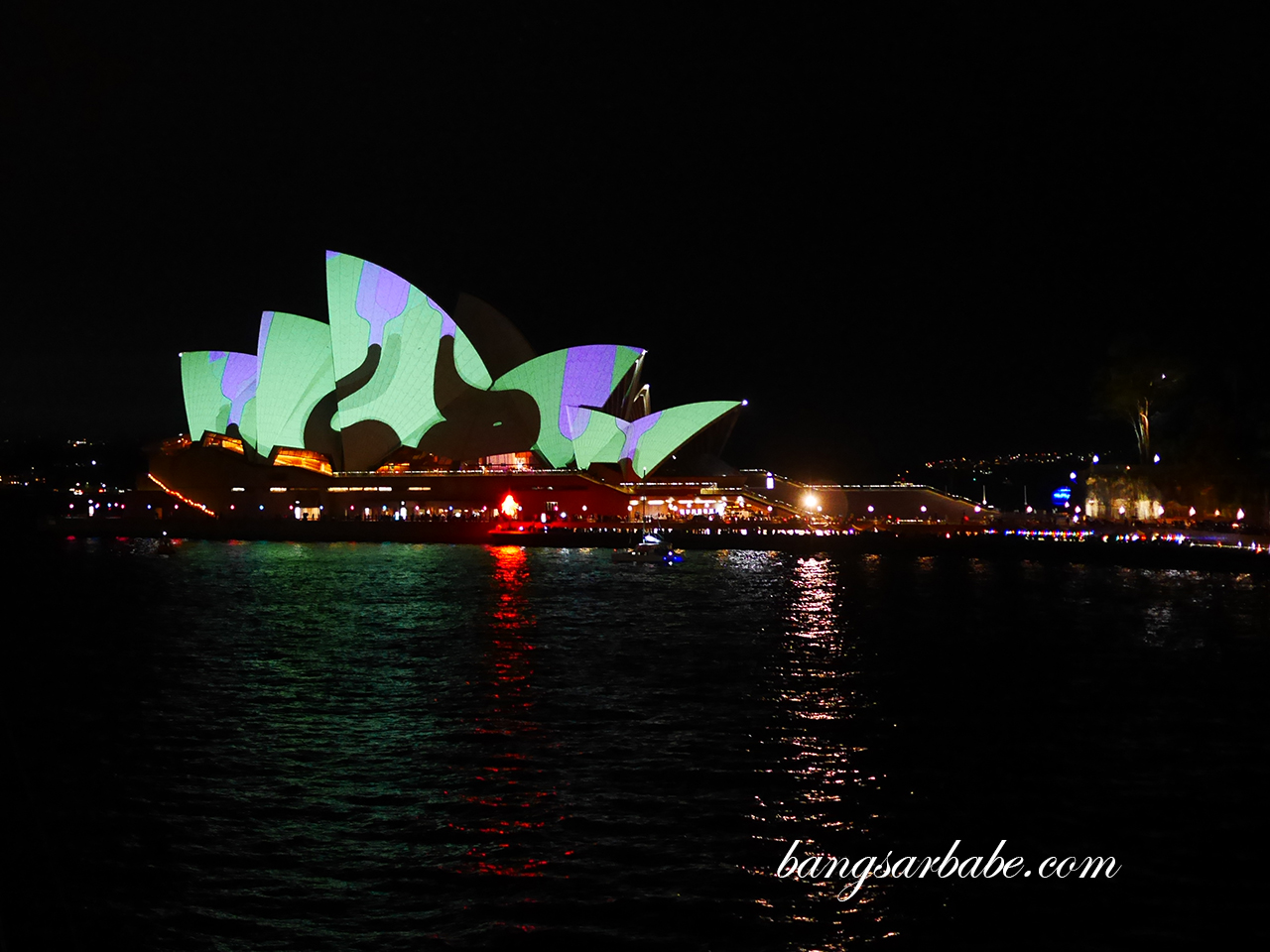 One of my favourite photos at Vivid Sydney

The Opera House displayed an animation of colours, abstract shapes and cartoonish figures by 30 artists commissioned to create a 30 seconds (each) masterpiece that dances across the iconic sails. Darling Harbour had boats and ferries dressed in illuminated lights that spelt #ilovesydney and #vividsydney. 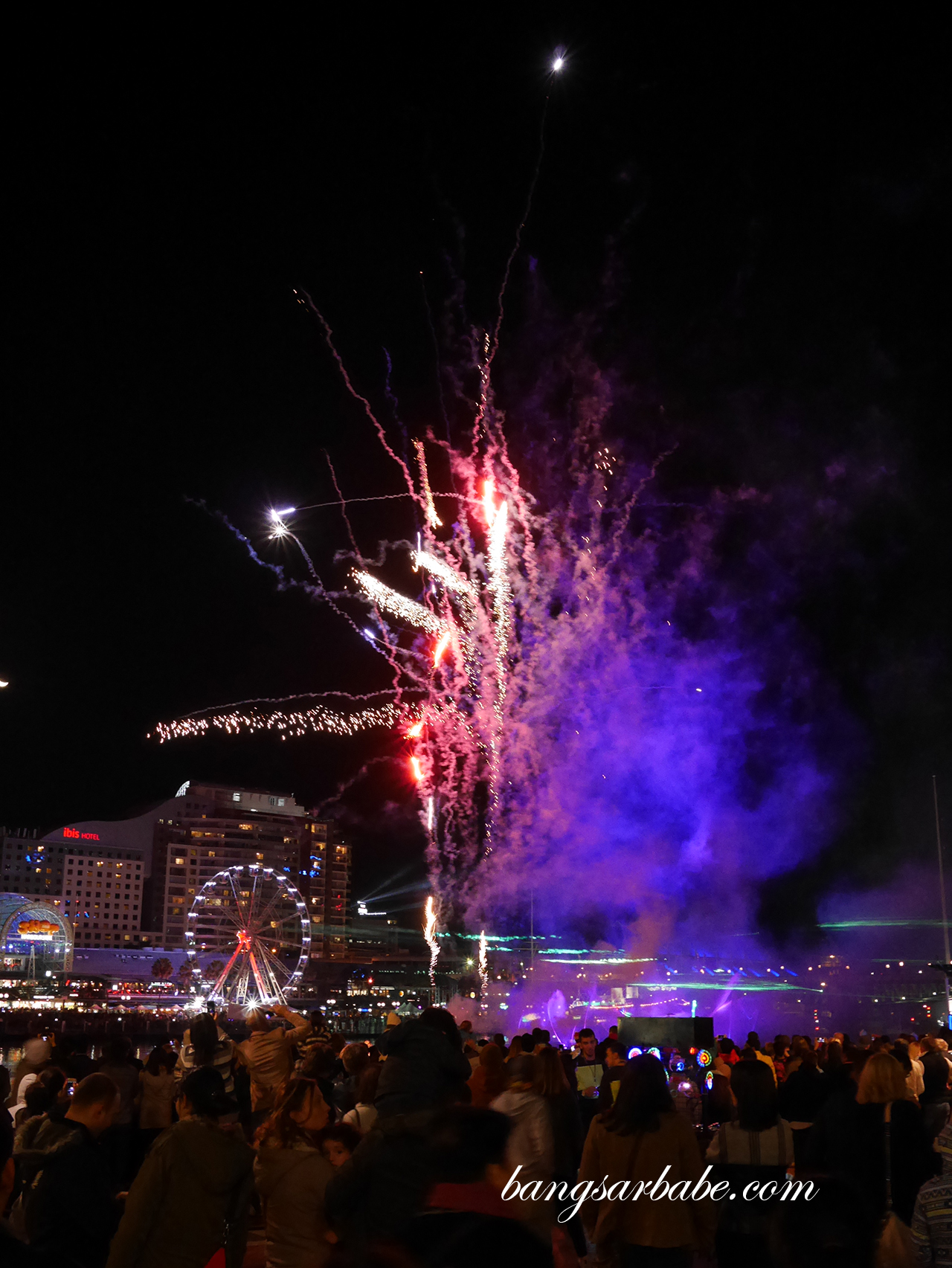 We were just in time for the fireworks show 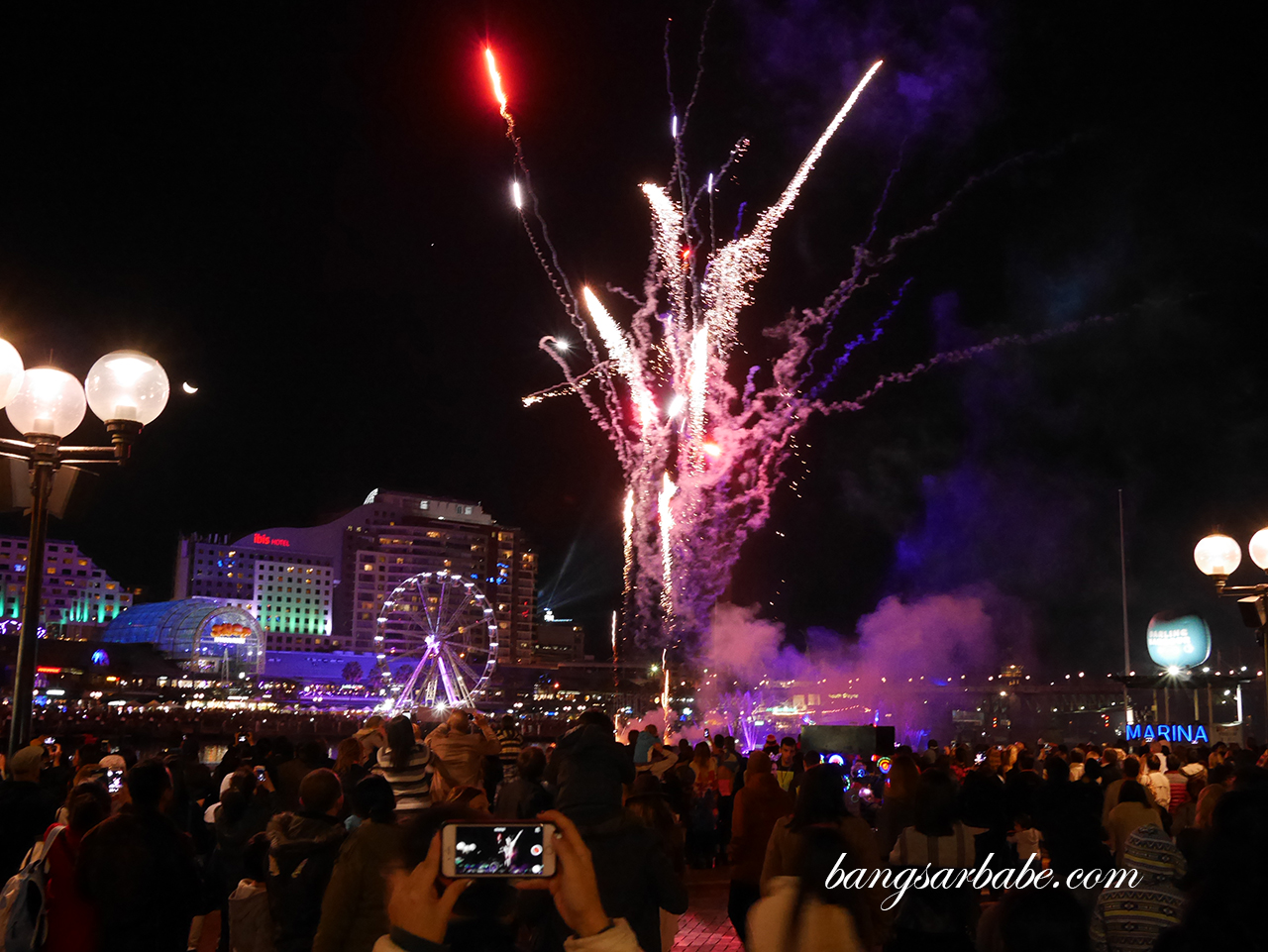 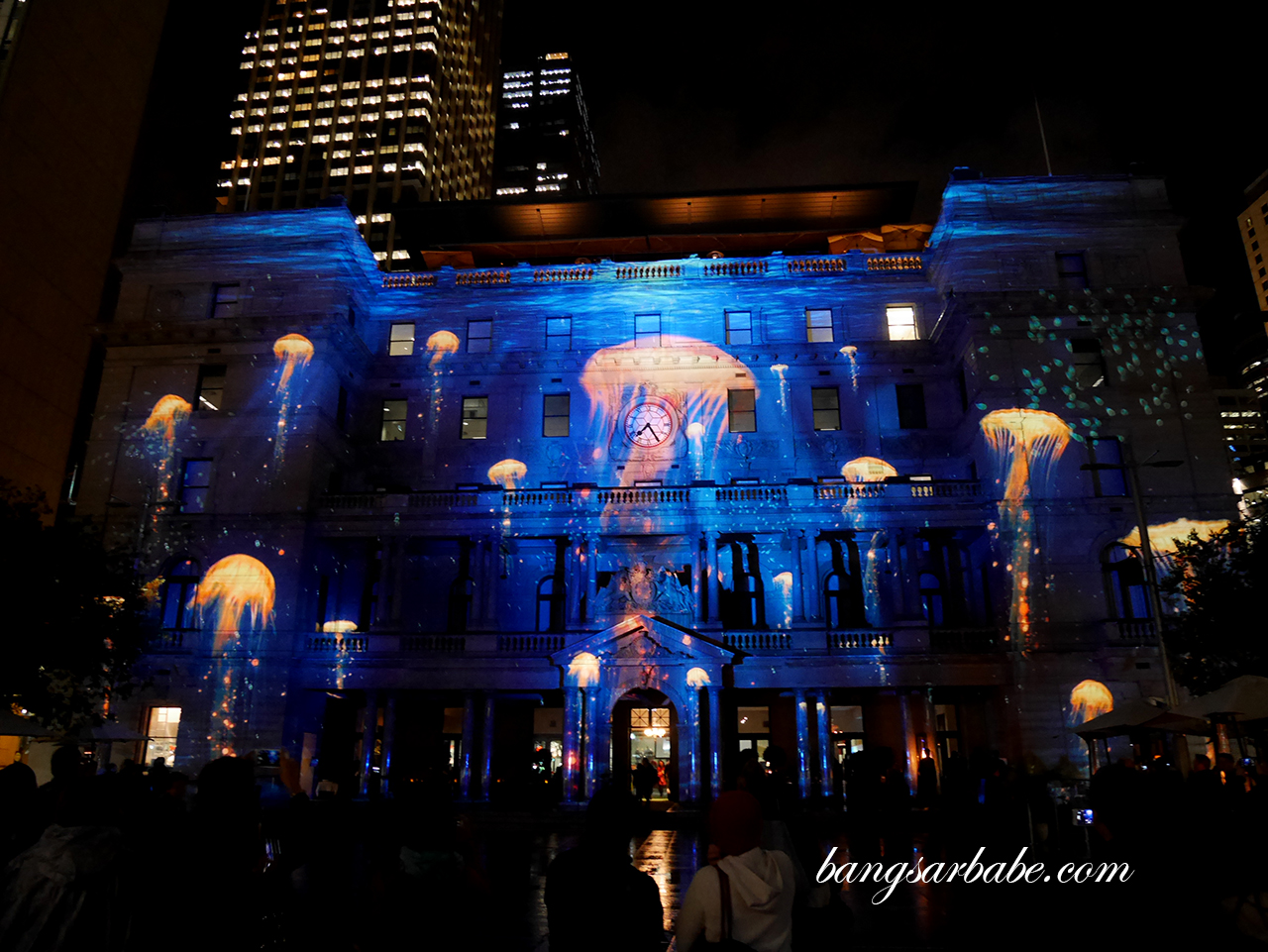 Projections at Museum of Contemporary Art

At the Museum of Contemporary Art, you’ll find beautiful projections of works from various artists, each amazing in their own right. My favourite? The one with the gnome. A few of us returned the following night in time for the fireworks display at the harbour. It was beautiful! 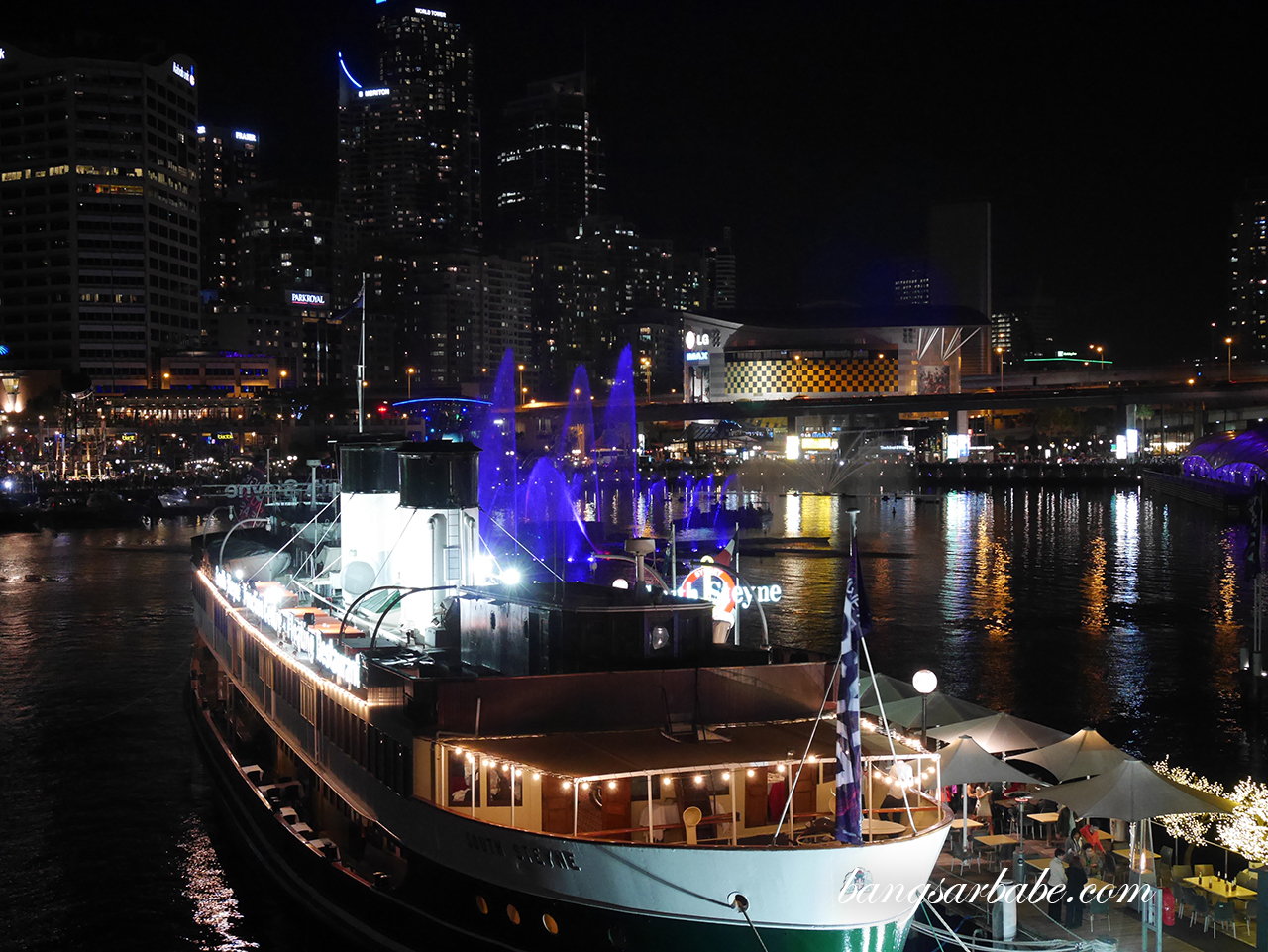 Don’t forget to watch the Vivid Laser – Fountain Water Theatre, a display of water features and splashes of lights, to further complement the festival. At Martin Place, check out the Drum Circle and Game of Drones, both interactive installations that allow you to be a part of the lights and music display in the area. 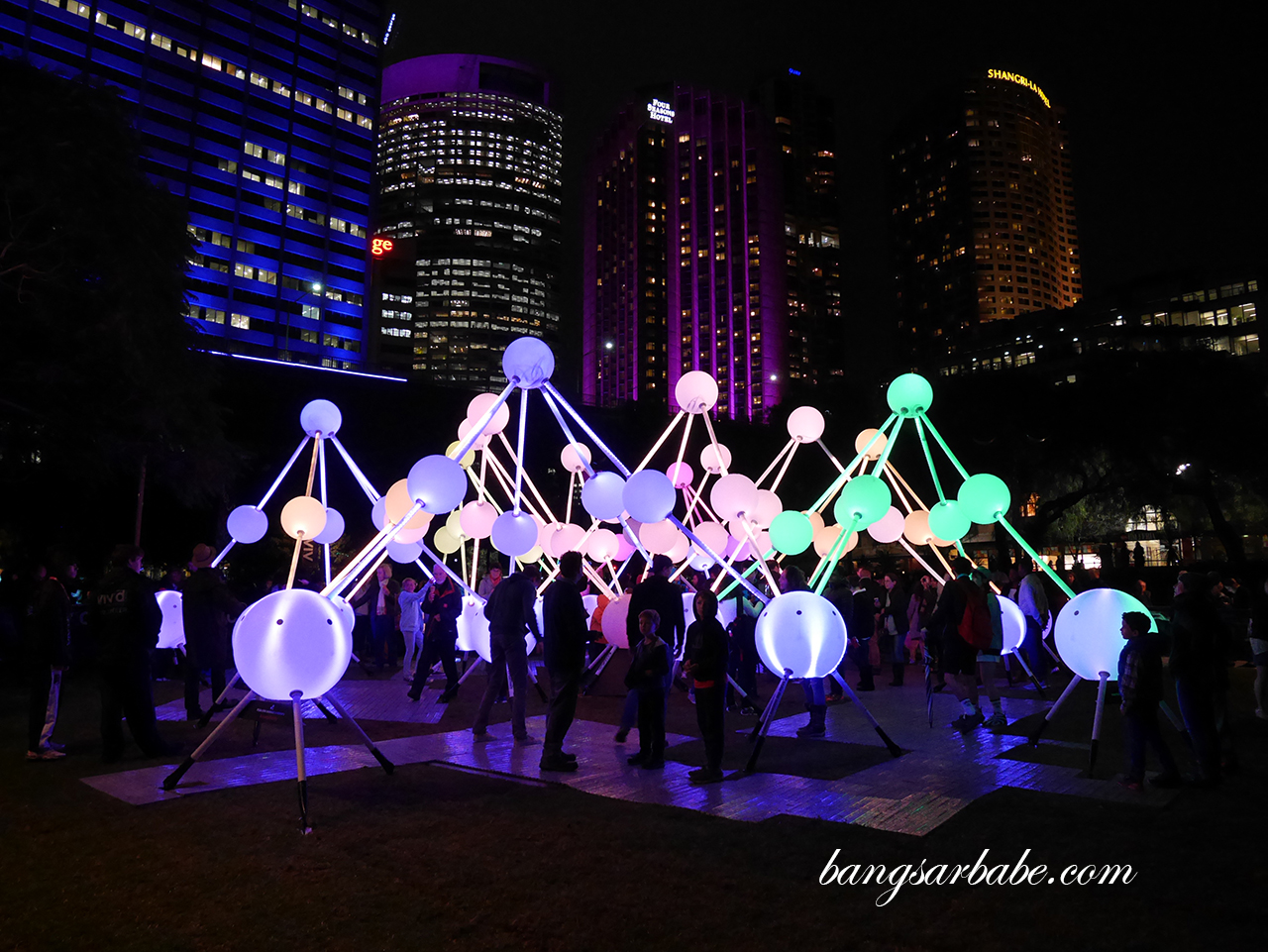 My attempt at panoramic shot 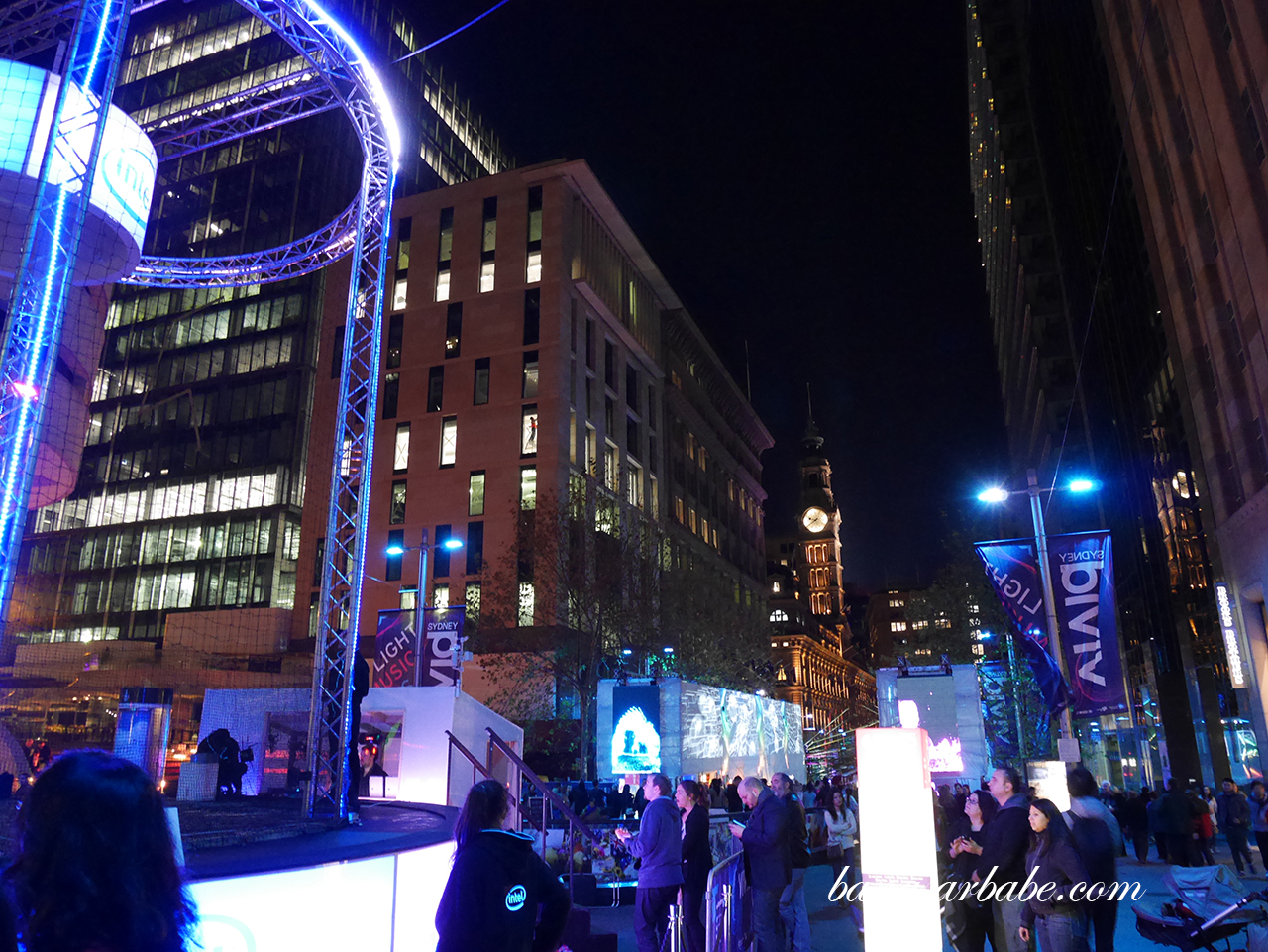 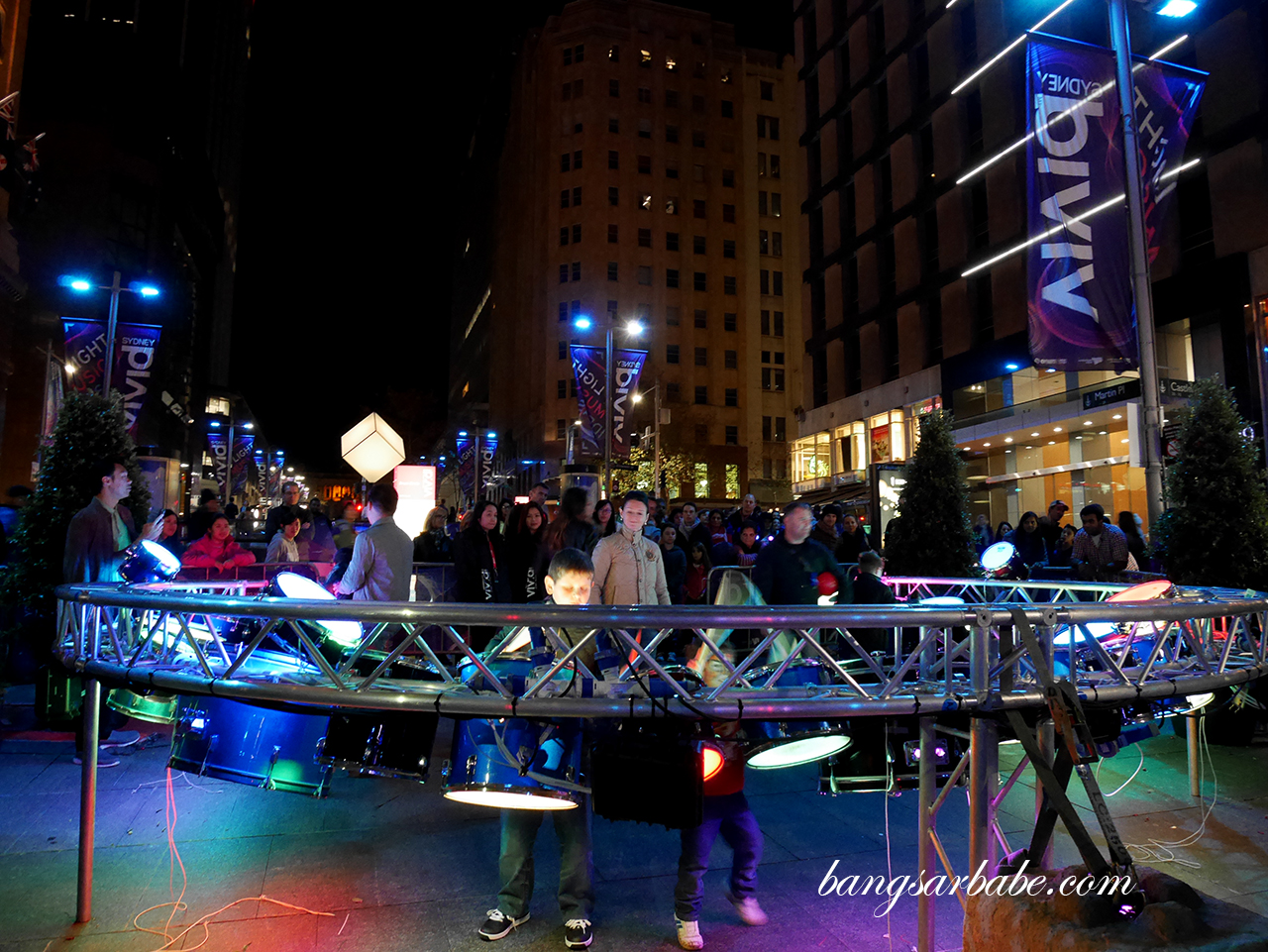 There’s so much to see and so many activities to take part in, for Vivid Sydney 2015. To plan your visit, download the Vivid Sydney app on your phone and have it guide you around the trails. For more information, log on to the official website HERE. Vivid Sydney starts from 22nd May to 8th Jun 2015. 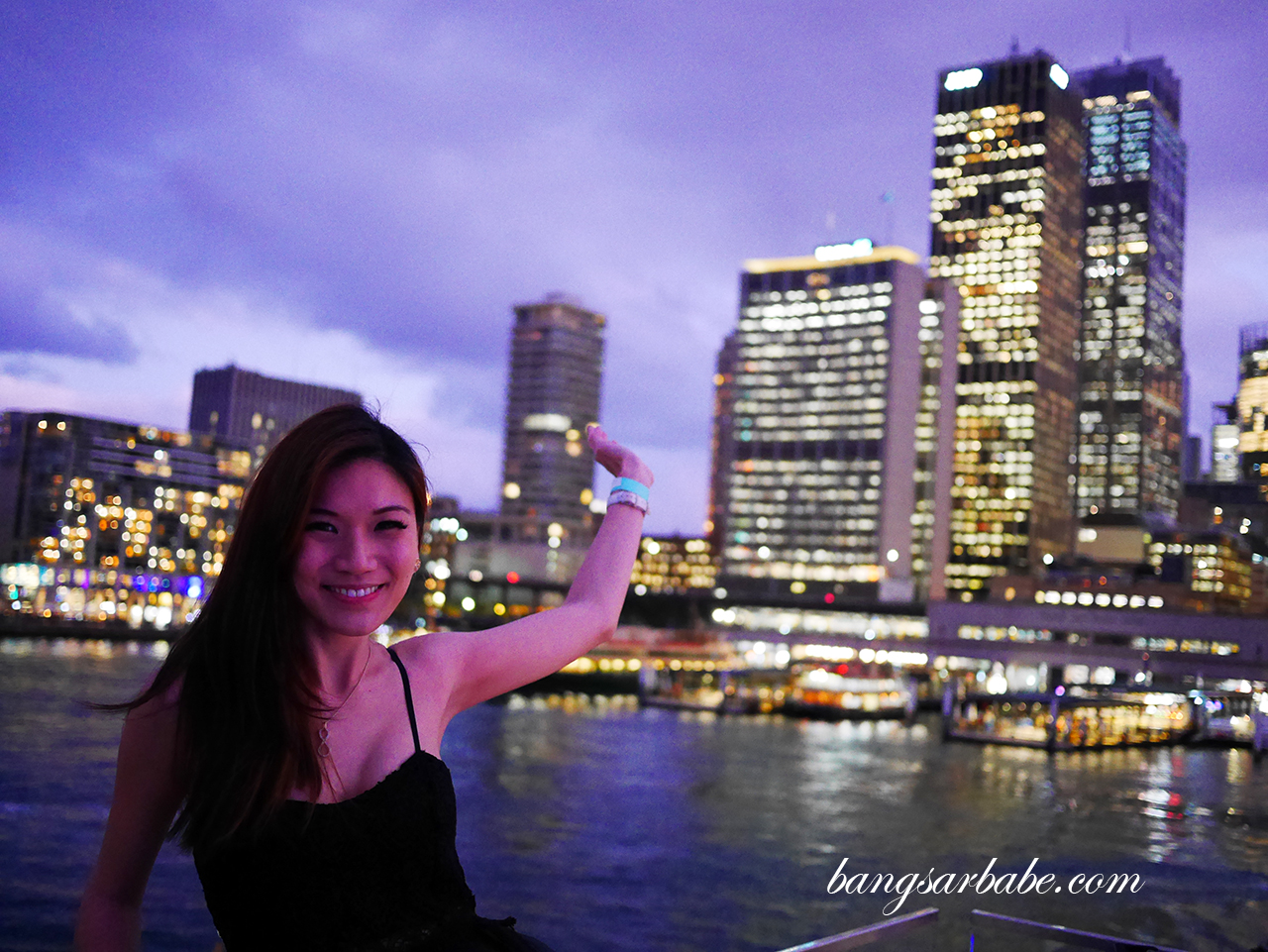 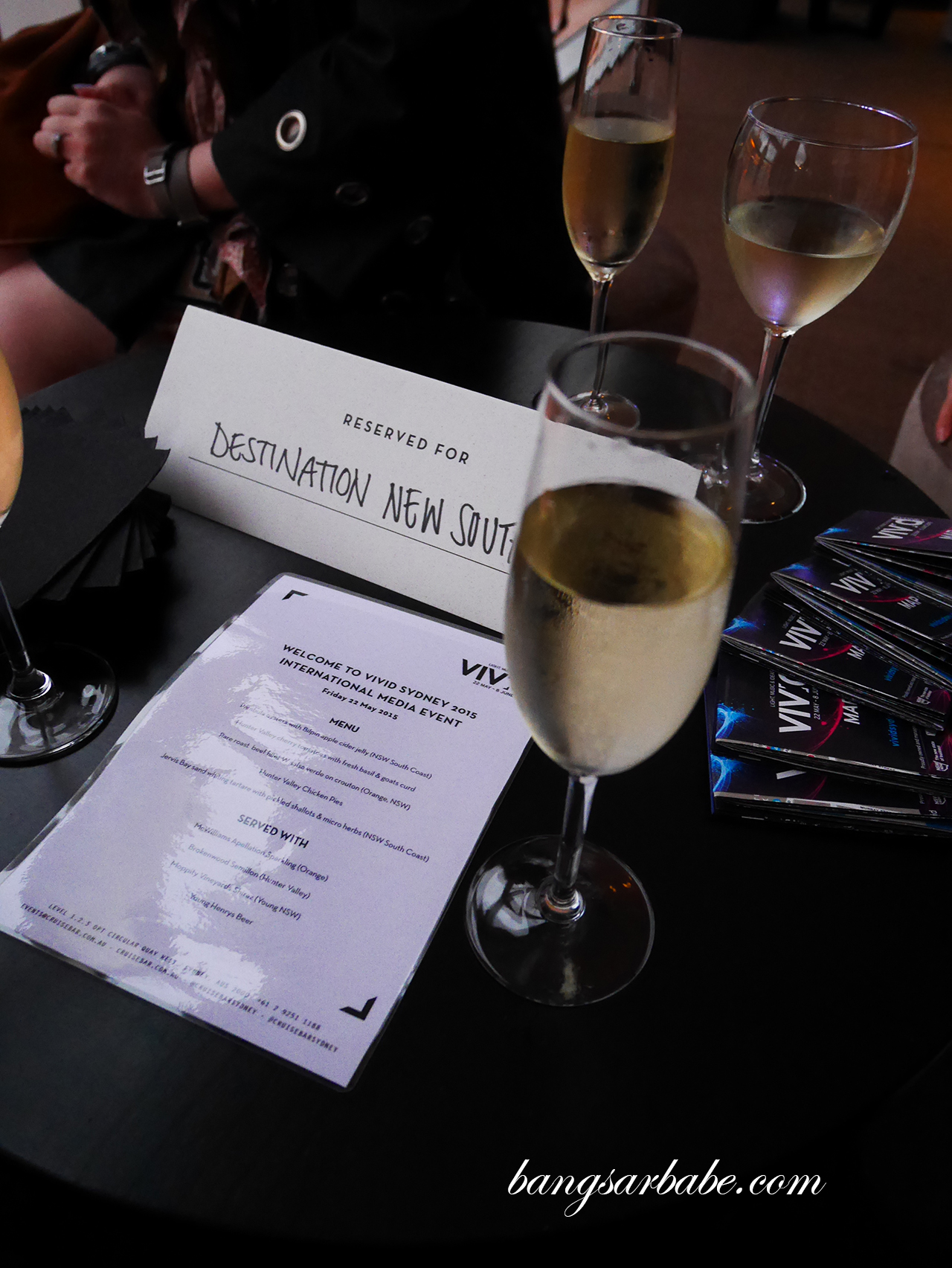 Thanks Destination New South Wales, for the invite!

Photos were taken using the Lumix GF7 with 20mm lens.