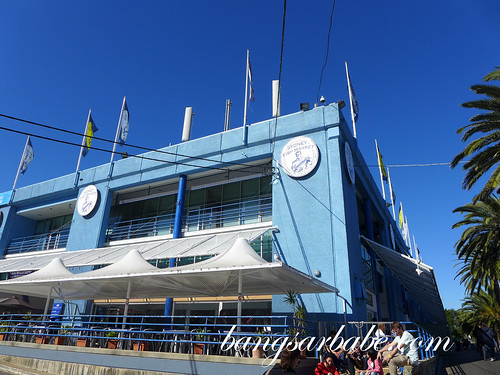 One of my favourite places in Sydney is the fish market – an oyster and seafood haven. Basically, you can get the freshest catch under one roof. I went gaga when I first stepped in; from oysters to lobsters to salmon, everything looked so good! :) 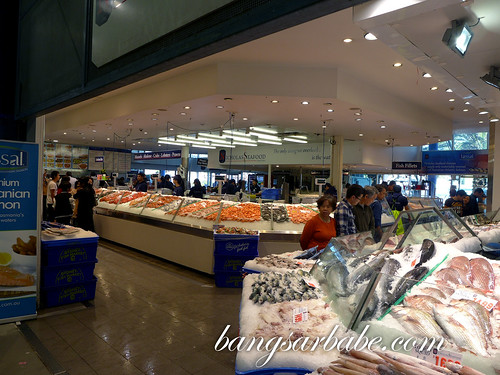 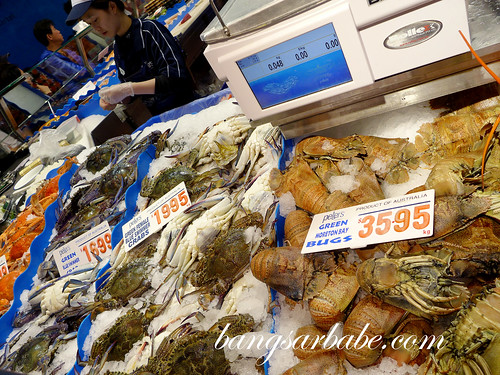 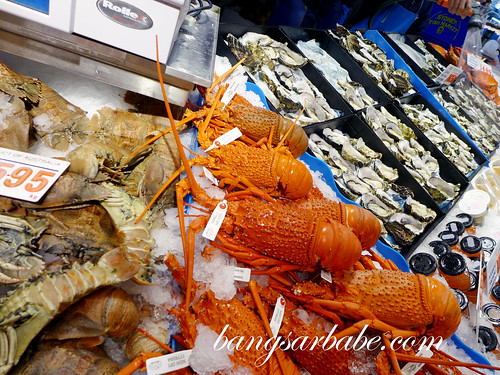 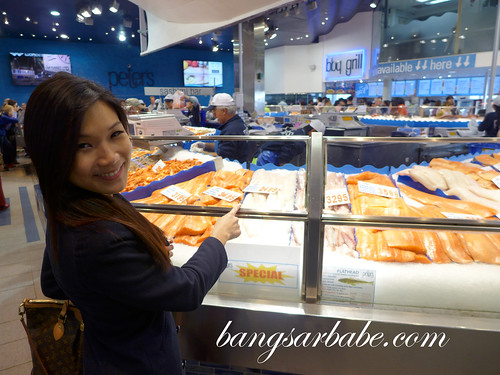 I visited the Sydney Fish Market twice – once with my parents and a few days later with rif, who flew in later during the trip. The thing about my parents (applies to myself as well) is, they are creatures of comfort. They had the lobster noodles at Christie’s Seafoods during their last visit so they insisted on eating there this trip. You can also get lobster noodles from the other shops in the fish market so do look around before deciding. 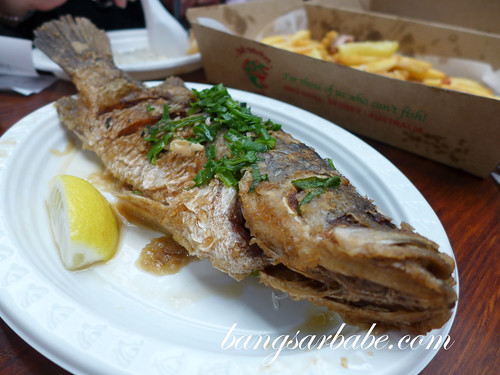 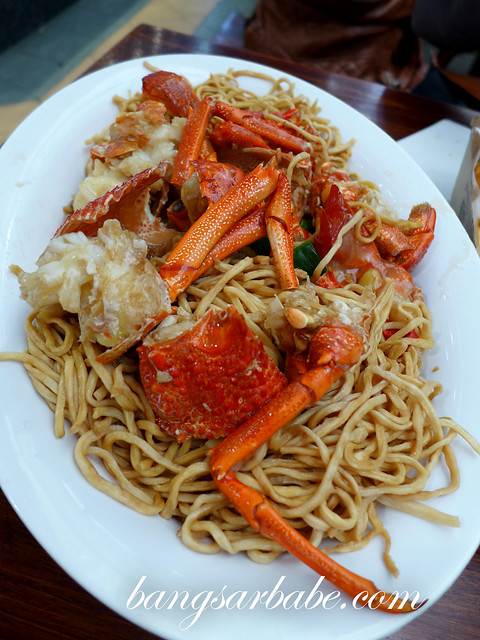 The noodles cost a whopping AUD130 and I honestly thought it was mediocre. While the lobster was fresh and succulent, the noodles lacked flavour and there was hardly enough gravy to go with it. 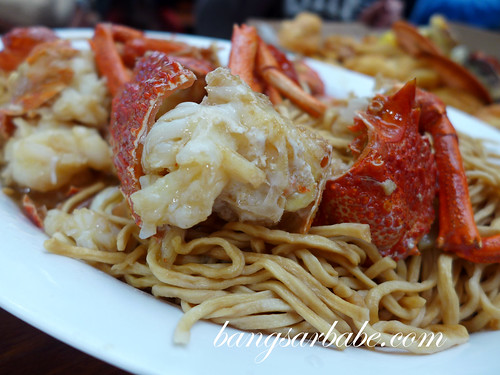 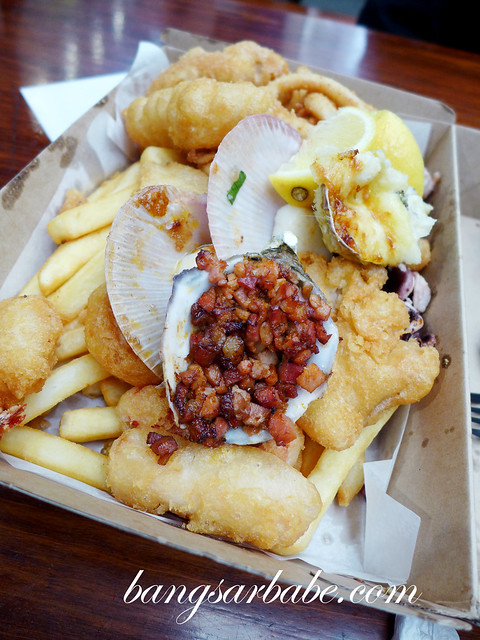 Better was the seafood platter (AUD53) from the shop next door. Portion was large enough to feed 3-4 adults and the platter comprised fried prawns, squid rings, fish, oysters, scallops and fries. I didn’t care much about the baked oysters, but the squid rings were good. They charge AUD1 for additional tartar sauce, so if you’re the kind that consumes a lot of it, it’s best to buy a bottle and bring it there. We did that because I also eat fries with tartar sauce. ;) 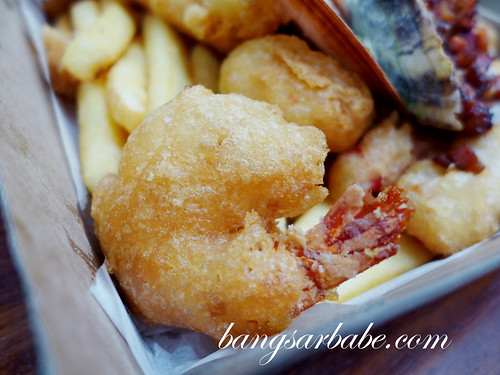 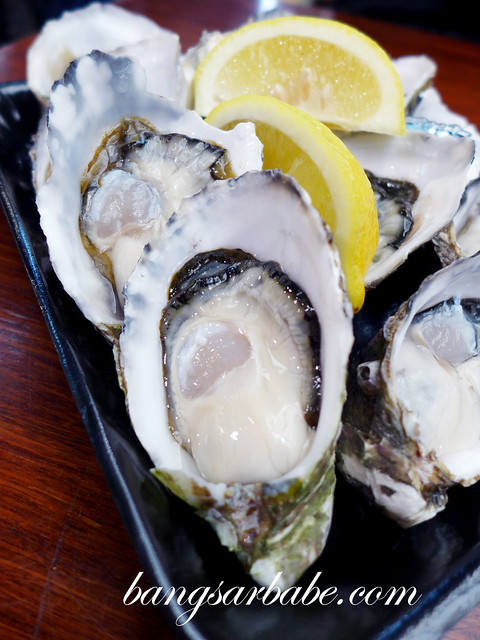 Oysters are a must-have here, at least for me. I tried both the Pacific Oysters and Sydney Rock Oysters (second visit) – lusciously creamy and best taken with a squeeze of lemon juice. I had the salmon and scallop sashimi during my second visit, and they were delicious. The scallop especially, was sweet and melted in the mouth. 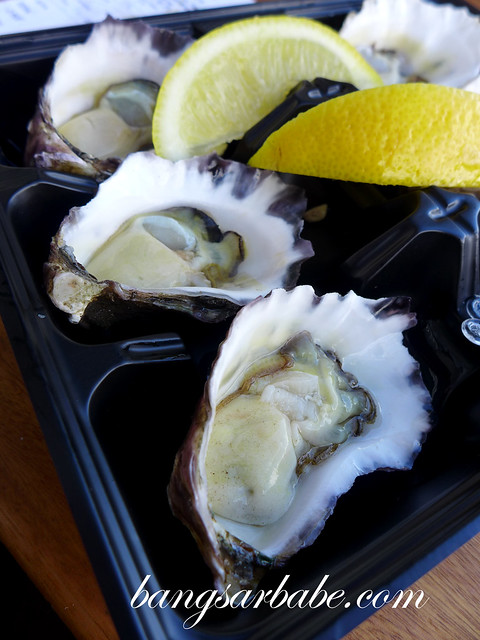 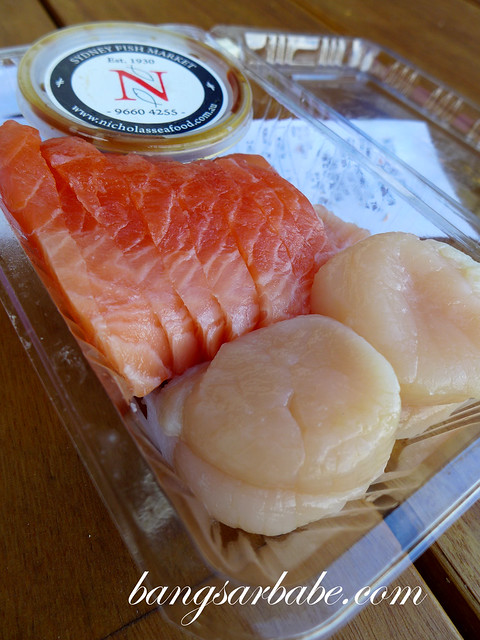 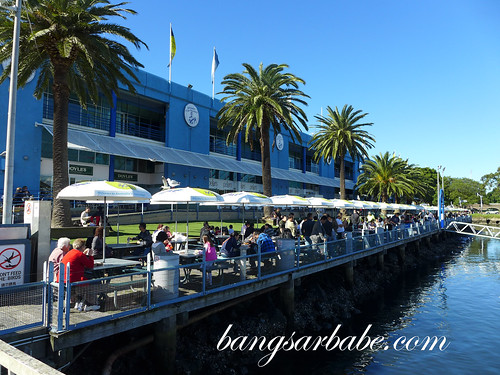 I dined alfresco when I went with rif and preferred it to dining inside. It was really cramped and crowded inside the market so if you want to eat comfortably, try to get a table outside. 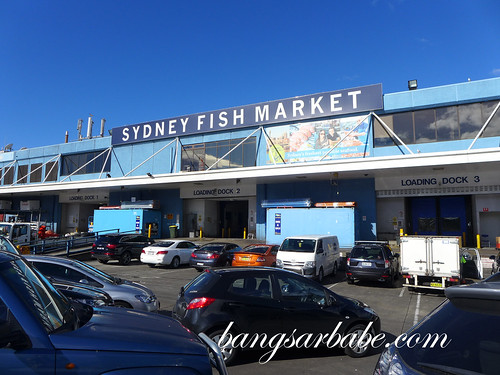