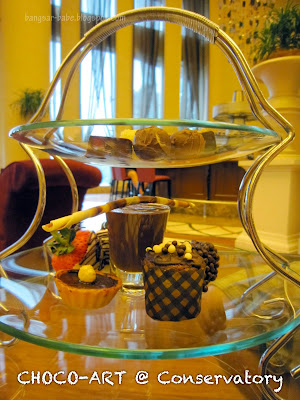 Having the Starwood privilege card is no longer a must to get good deals at Le Meridien Kuala Lumpur, so I learnt a few weeks back. CIMB credit card holders (world, infinite and signature only) can now enjoy similar dining discounts as the Starwood card. But, you only get a 20% discount in Prime with the CIMB card. For Favola, Latest Recipe and Conservatory, the 50% discount for 2 applies. (Note: This isn’t an advertorial for CIMB Bank. I just like their dining privileges.) 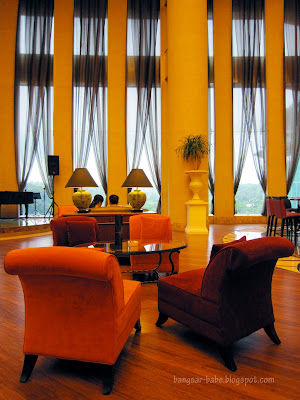 Conservatory was the only outlet I have yet to try at Le Meridien, probably because the selection didn’t entice me as much as the comprehensive buffet spread, excellent steaks and hearty pastas did. But dinner at Prime wasn’t until 8pm and I was feeling peckish at 4pm. rif being the loving fiancé decided to treat me to some afternoon tea at the Conservatory. They were having the choco-art promotion that month (June 2011) – 2-tiered Choco-Art of pralines, truffles, mini cupcakes and hot cocoa shots, and a Monbana Chocolate drink for RM 48++. 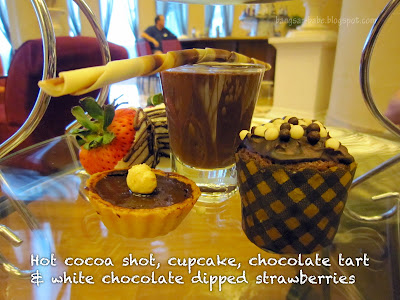 For no apparent reason, (our waitress was vague and impassive), the Starwood card discount wasn’t valid at the Conservatory. But we didn’t want to spoil our afternoon arguing with the waitress, so we let slip this matter. I don’t know if I had set my expectations too high for Le Meridien, but the choco-art failed to impress. The pralines and truffles were nice, but they were also available in the buffet spread at Latest Recipe. 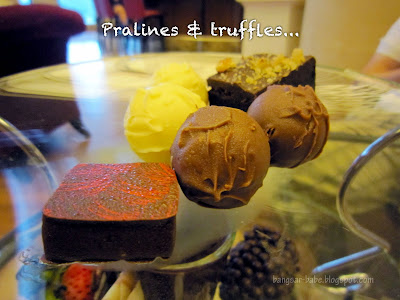 I liked the rich chocolate cupcake, but again, that was also available in the buffet. The cocoa shot was a bit too gloppy for my liking; it tasted like a cross of jelly and chocolate. I think rif felt the same way. 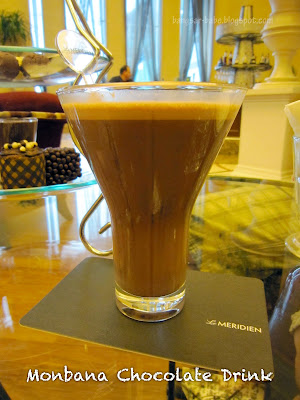 On another note, the Monbana Chocolate drink was lovely. It had a buttery aftertaste that wasn’t too heavy on the palate. Despite the somewhat mediocre treats, teatime allowed us to spend uninterrupted time together just talking. Something we were encouraged to do on a weekly basis when we enrolled in the marriage preparation course. 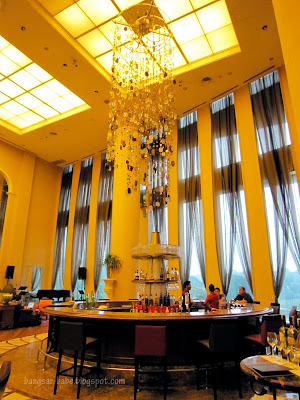 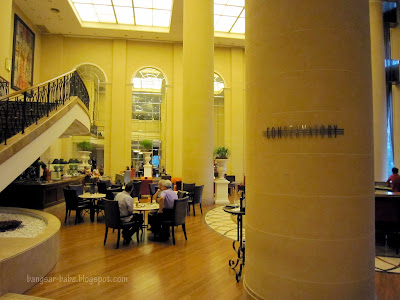